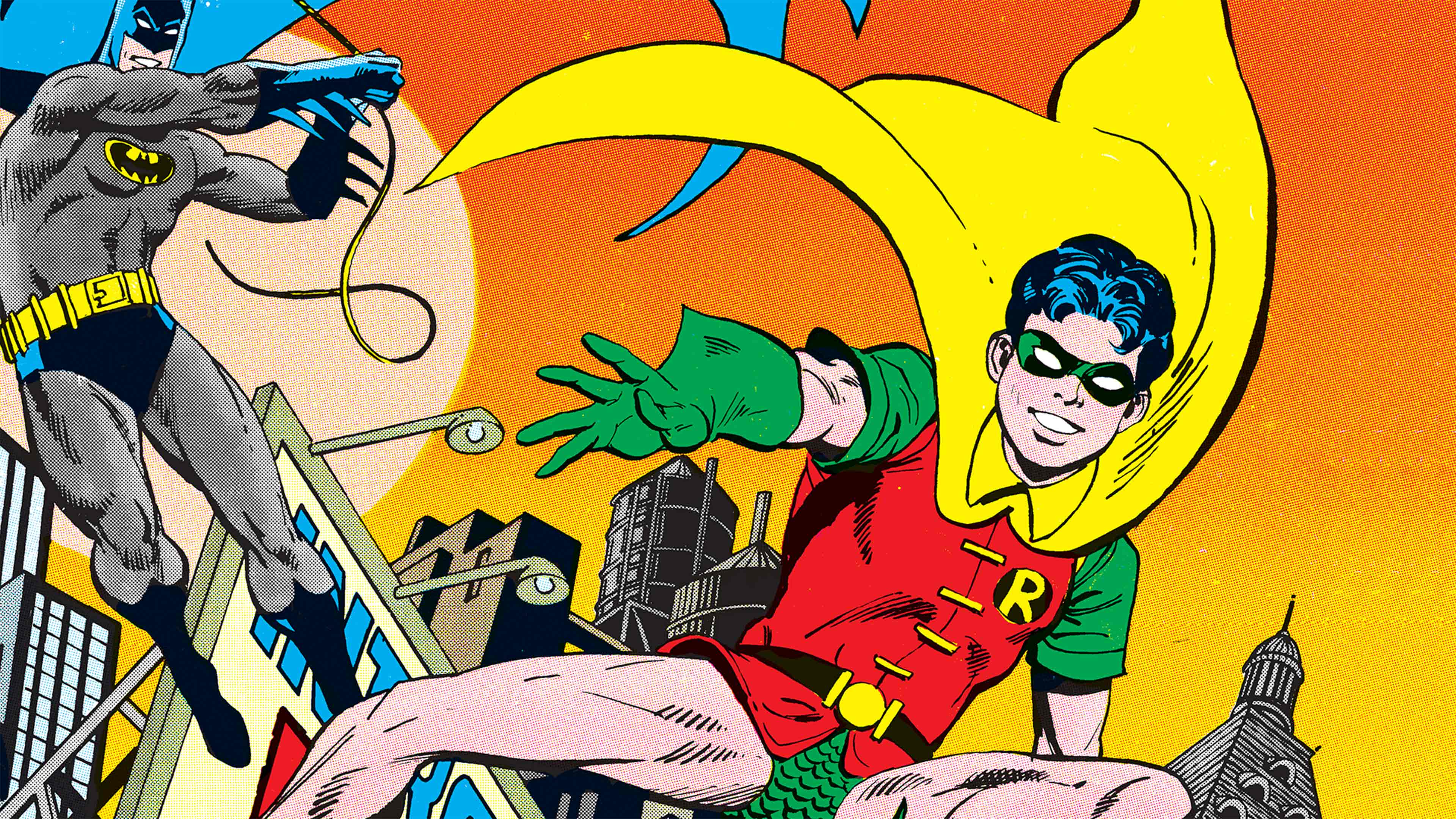 Everyone thinks they have Jason Todd pegged. He’s often characterized as the “bad” Robin; the angry sidekick who was violent, disobedient, and ultimately less suited for the role than his predecessor. This version of Jason provided the foundation for his personality when he returned, many years after his supposed death, in the guise of Red Hood -- angry that Batman still hadn’t killed the Joker. But Jason didn’t start out this way. The fact is, from his initial appearance in Batman #358 to his donning the costume, both officially and unofficially, Jason was a pretty agreeable kid. But therein lied the problem, as fans thought perhaps he was a bit too agreeable… 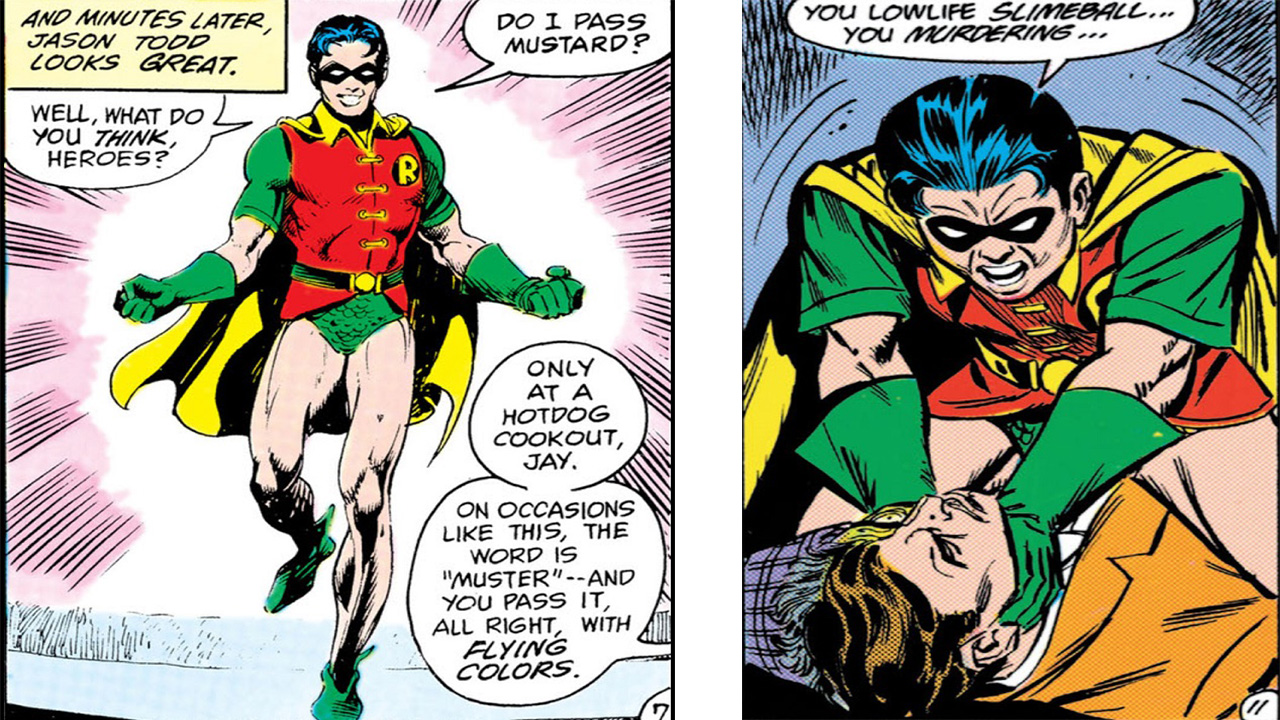 So, after five years Jason’s backstory and persona were altered to be a more interesting, and less derivative character. Fans took to this new-new Robin even less, and voted to blow him up. Yet this unpopular, aggressive Jason is what has resonated with fans years down the line.

So how precisely did the two Jasons differ? 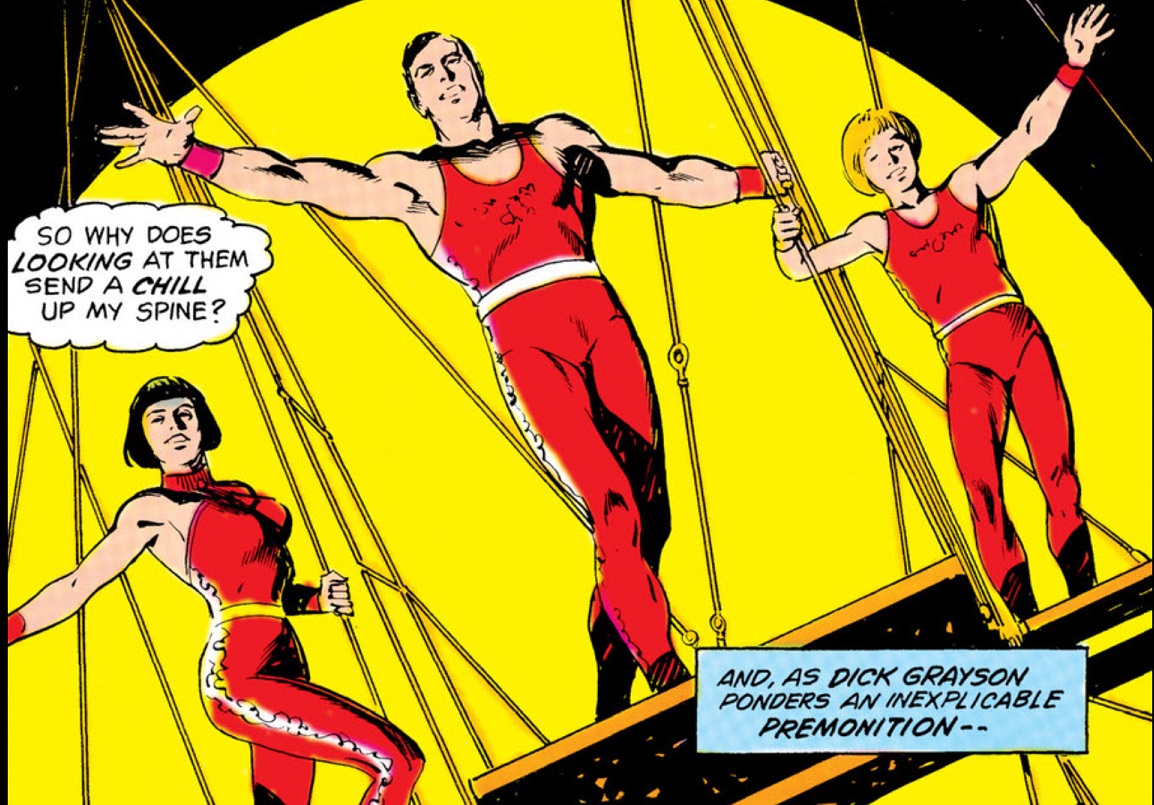 History first saw Jason Todd as a twelve-year-old acrobat in the trio of The Flying Todds. When Batman and Robin (Dick Grayson) were investigating the then-new crime boss in town – Killer Croc – Jason’s mother Trina walked in on Dick and Alfred dressing Bruce’s injuries from a Batman adventure. She swore secrecy, and the Dynamic Duo enlisted her and her husband to help with the Croc investigation. As it turned out, asking civilians to aid in snooping after a crime boss wasn’t the hottest idea in the world, and Dick soon found their bloody remains at the pit of a crocodile swamp. Meanwhile, Jason had unearthed the Batcave on his own, discovering Batman and Robin’s secret identities. Feeling guilty for getting his parents killed by mobsters, Dick offers to adopt. But Bruce called dibs, and Jason becomes his new ward. 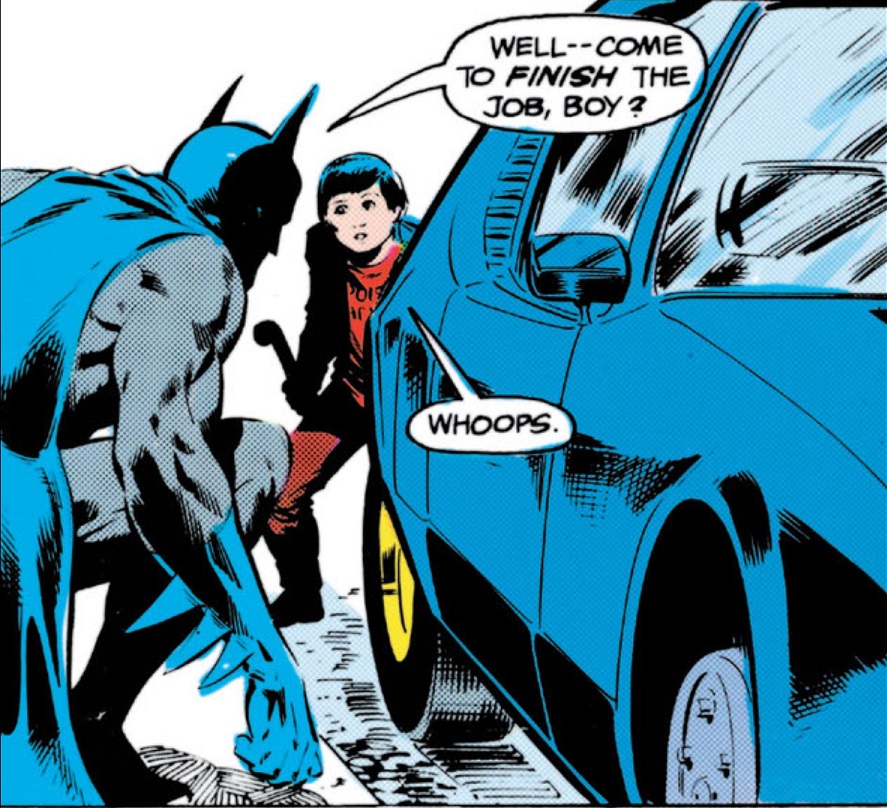 Post-Crisis, Jason is living by himself on the streets. Batman catches him in Crime Alley ripping off the tires to the Batmobile, and learns that his mother passed away of an illness a year prior. Batman drops him off at a local boy’s home under the care of one Ma Gunn, who secretly had been training orphans as pint-sized criminal. Jason alerted Batman, and the two teamed up to take Gunn and her gang down. Six months later, we learn that Batman had adopted Jason and trained him in the arts of detection, firearms and atrial arts. At the end of his training, he gifts his new ward with a copy of the original Robin costume. 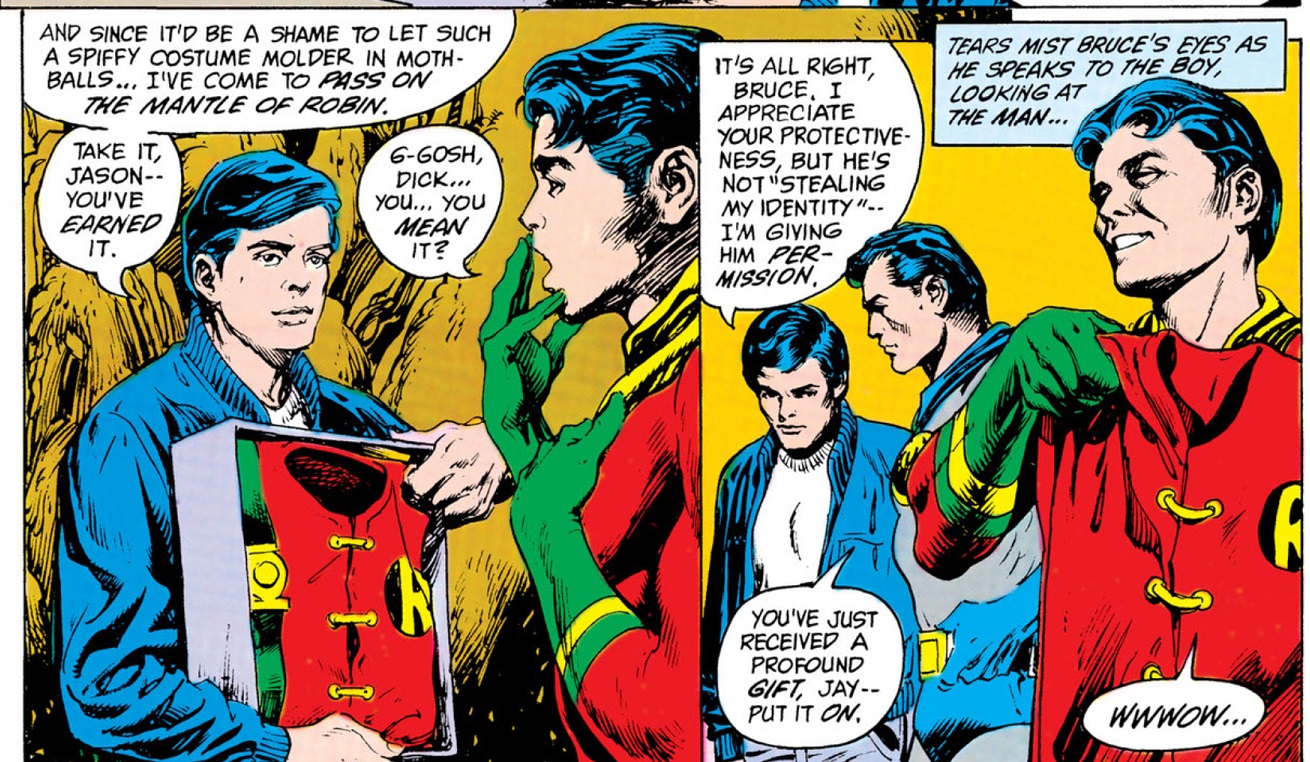 As mentioned earlier, the original meeting between Dick and Jason happened when Dick was still wearing the mantle of Robin. After the Killer Croc debacle, Dick felt guilty about Jason’s parents and offered to adopt him before Bruce insisted on taking Jason for himself. But throughout the investigation, there had been a dissolution building between Bruce and Dick for some time. Bruce only agreed to trust the Todds if they could prove themselves useful, while Dick saw them as good friends. Dick was also wrapped up with the New Teen Titans at the time, so he was rarely back in Gotham fighting alongside his mentor. Nevertheless, when Dick returned to the Batcave for the last time before retiring the Robin role, he found Bruce and Jason going in circles on what new hero name Jason would have. Dick put the debate to bed by bestowing his original costume to Jason, giving him his blessing to continue the Robin legacy on his own. 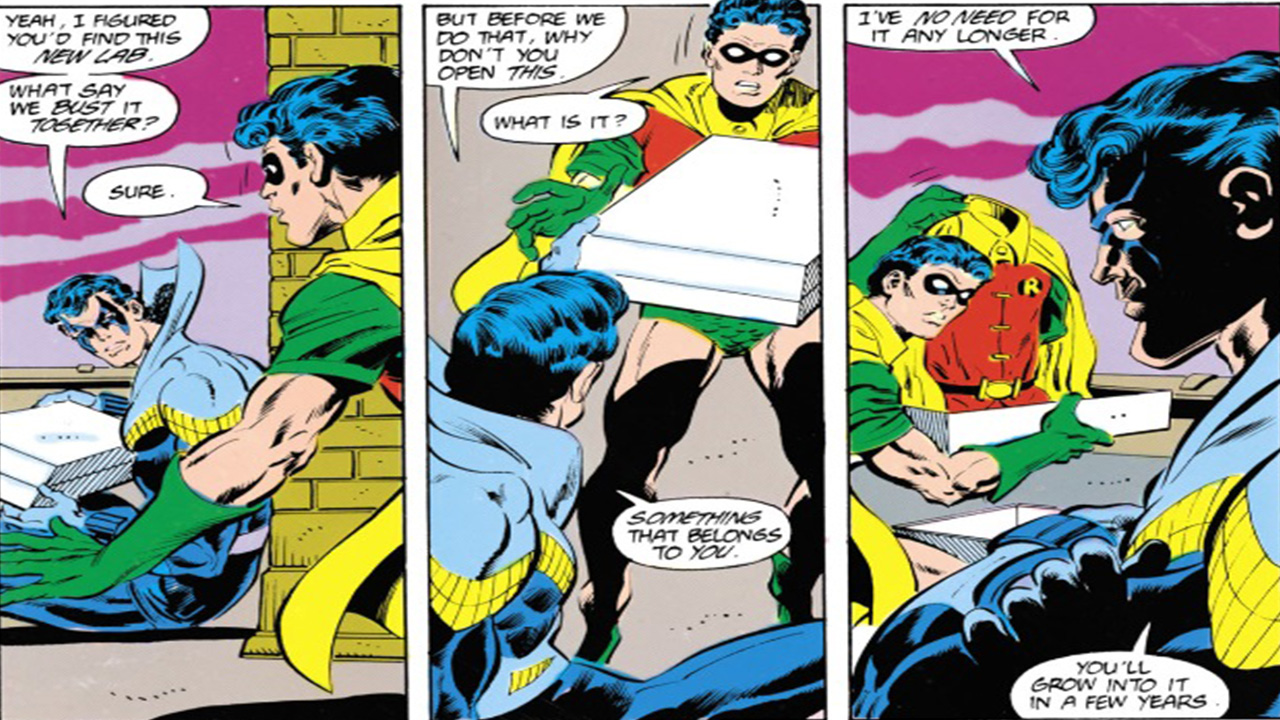 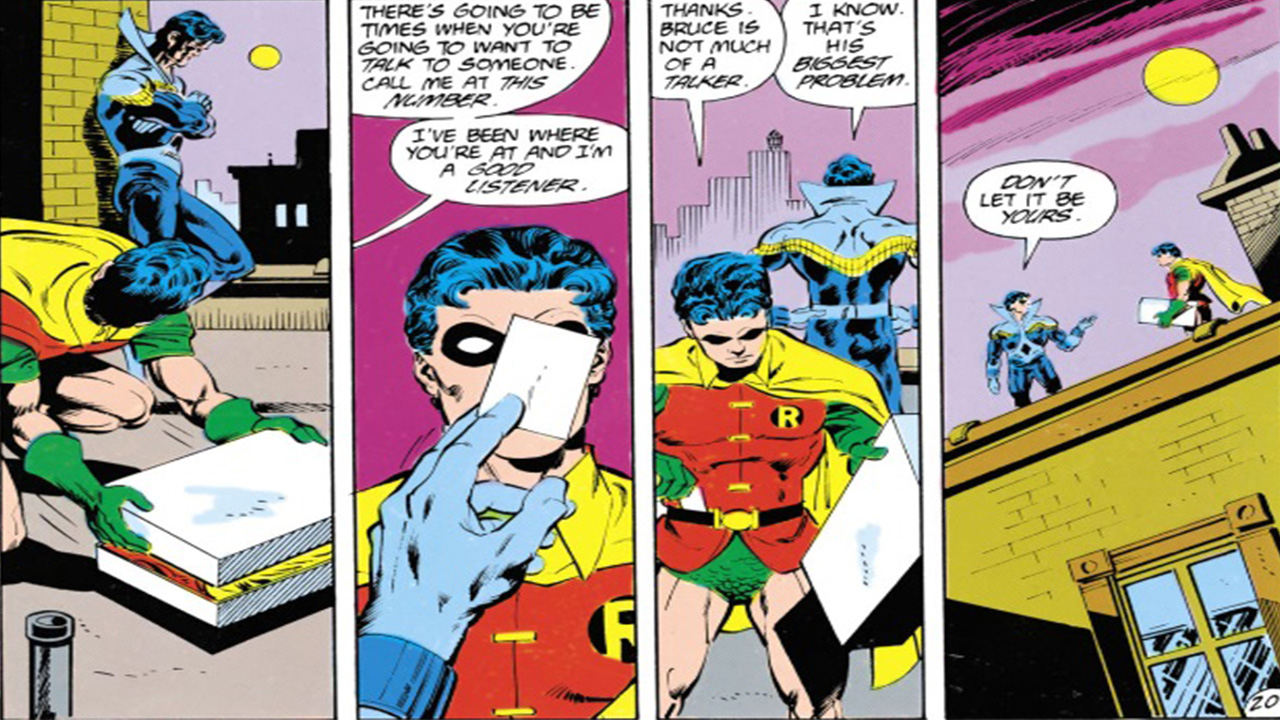 Contrast this with Batman #416, in which Dick has already become Nightwing and meets the new Robin when Jason fouls up a would-be drug bust. Jason has no idea who Nightwing is until the next day, and when he learns that Dick wants to talk with Bruce, he worries that the erstwhile Robin may want his own job back. That was far from the case, as Dick was merely hurt that Bruce pushed him out of his life only to put a stranger in the costume. After Bruce begrudgingly admits that he partly adopted Jason because he missed Dick as his partner, Dick resolves to give Jason his Robin costume despite the role already having been taken from him. It’s a much more distanced, acrimonious relationship than it had been years prior, but in the end Dick still sought to have a positive relationship with his successor, and took it very hard when Jason was KIA wearing his costume. 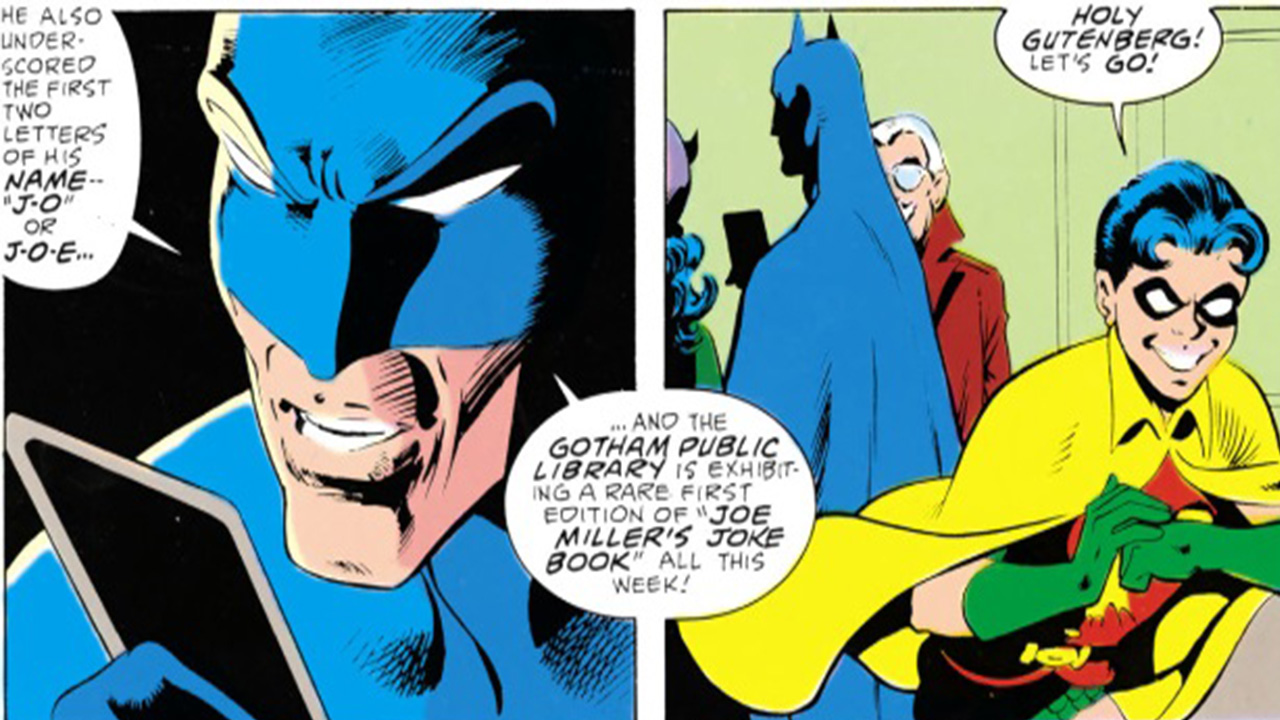 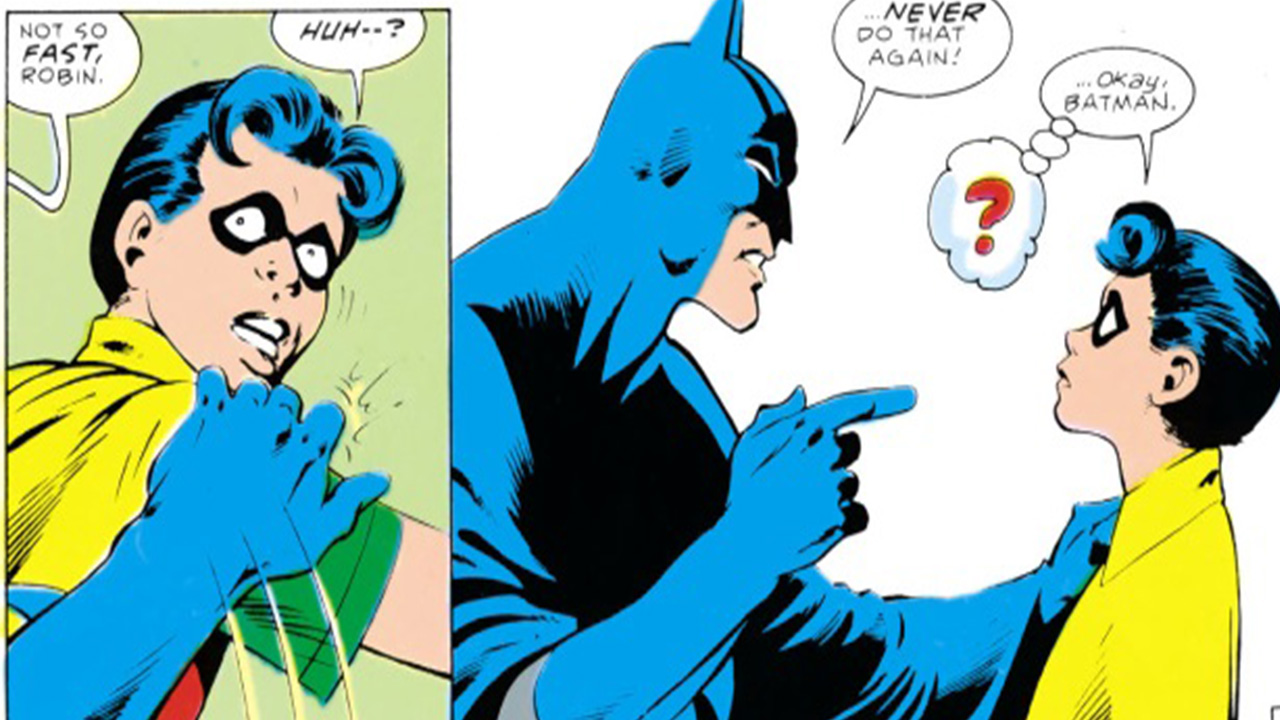 One of the main criticisms of Jason’s initial career as Robin was that he was too indistinguishable from his more famous predecessor. A young acrobat with a youthful sense of humor whose parents were killed by mobsters does sound like writer Gerry Conway was suffering from a bad case of writer’s block, but he’d always maintained that editorial had not wanted the boat to be shaken up too much. To be clear, Jason’s induction to the Robin role was much more prolonged than Dick’s. Over a series of issues, we see trials and tribulations Bruce has in adopting Jason, a back and forth on what moniker he should go by, and questions on whether Bruce should even work with a much younger partner or not. Ultimately however, the fandom was vocal in disliking what they saw as a carbon copy of a better character.

That might’ve been more preferable when they saw the new Jason Todd, initially written by Max Allan Collins and further developed by Jim Starlin. Collins revealed that Jason’s father was a flunky of Two-Face, information which Batman had kept from him. Jason flies into a rage and attempts to strangle Two-Face upon next seeing him, endangering both himself and Batman. In the issues that followed, we would see Jason become more violent and less sympathetic to the criminal fraternity. In Batman #422 he beats a mugger to the point that Batman has to pull him away. In issue #424 he potentially throws a drug dealer and rapist off of a balcony, and in #426 he jumps the gun and clobbers a gang of crooks ahead of Batman and the police.

Readers didn’t love this version of the Boy Wonder, and what soon followed is history, but it stands to ponder how the character would go from a general retread of Dick Grayson, to an aggressive anti-Robin character, to a fan favorite for being the anti-Robin. Even though his Pre-Crisis iteration lasted years longer than his more rebellious Post-Crisis Robin years, the fact remains that Jason Todd now enjoys a dedicated fandom more accepting of his “multiple choice” history than readers were initially back in the 1980s. In fact, people have so warmed up to the angry, violent Dick Grayson replacement that they just voted Jason Todd the sexiest man in the DC Universe! Which just goes to show you that sometimes the initial characterization isn't always the strongest...

Which version of Jason Todd is your favorite? Let us know in our Community!