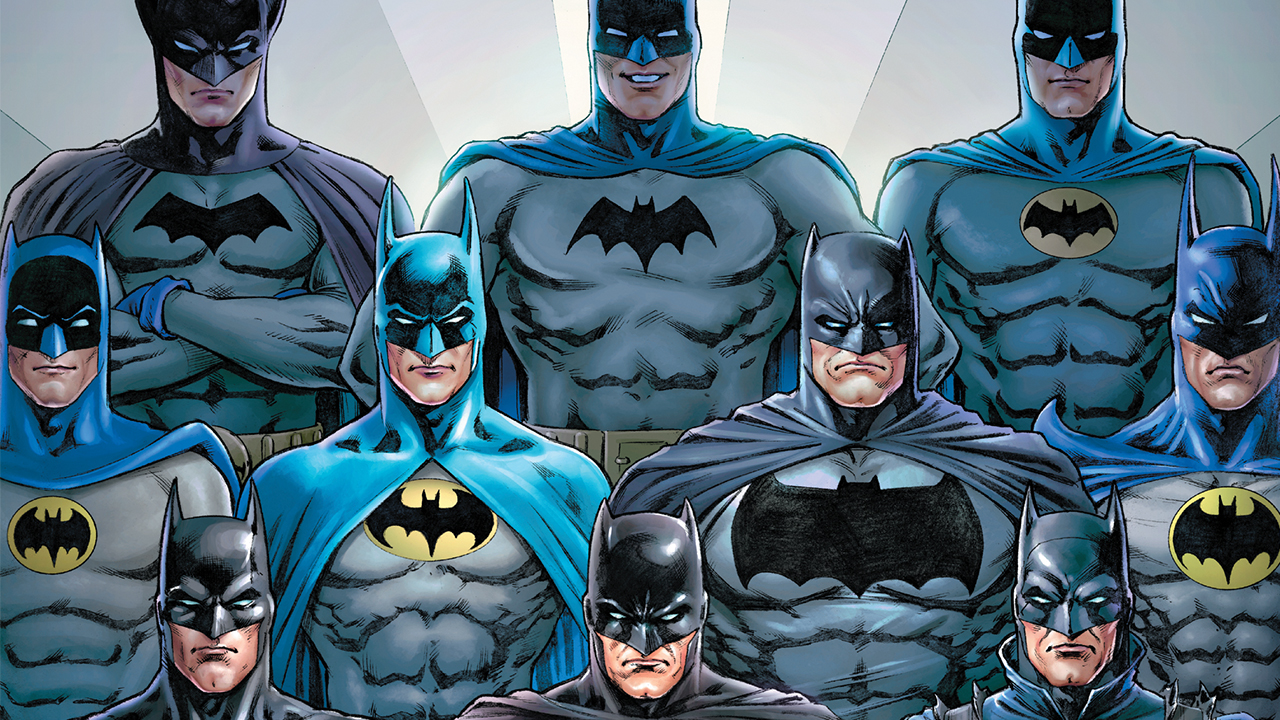 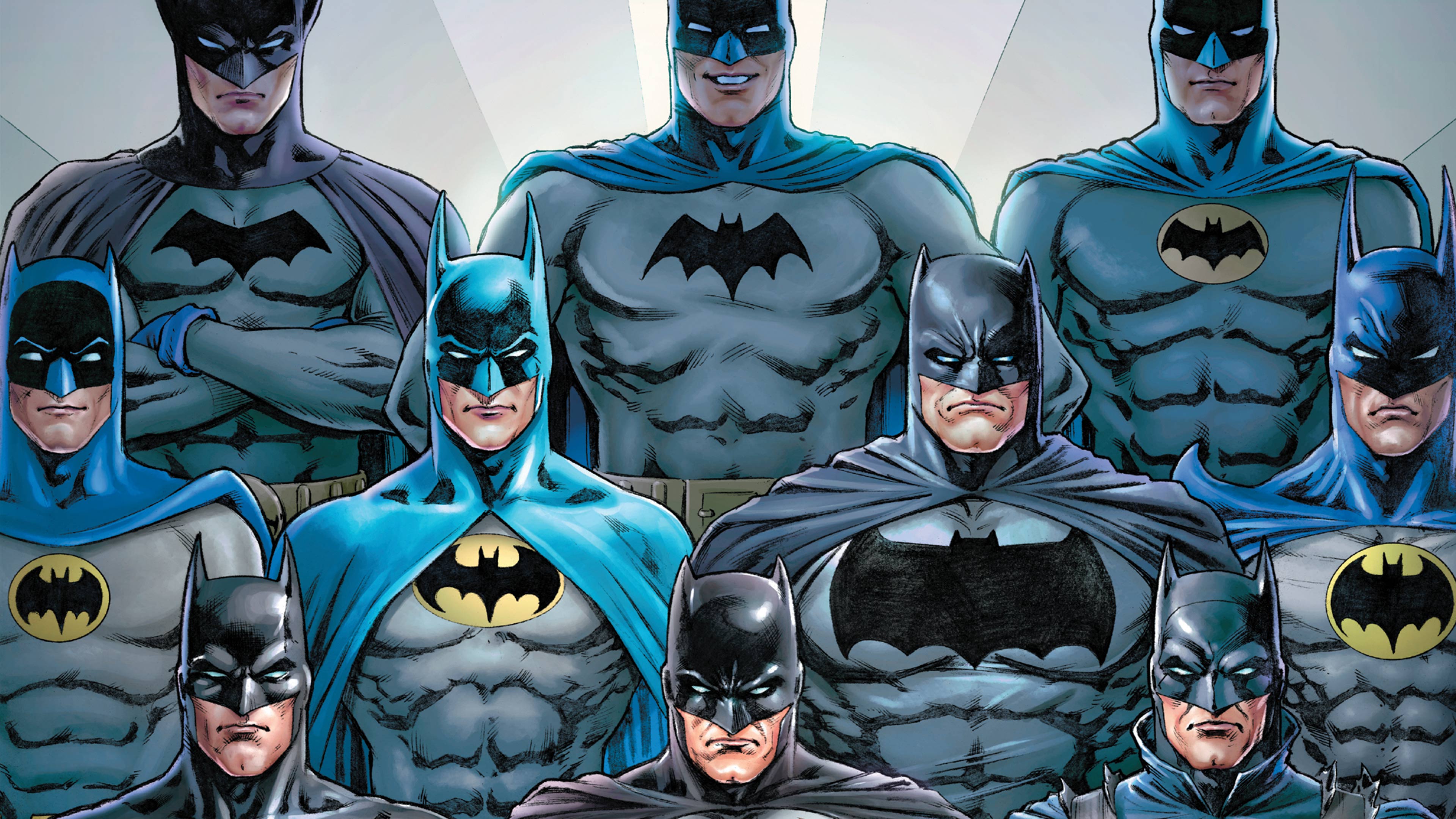 Editor-turned-writer Peter Tomasi has had a rich and varied career over the last 20 years, writing for such titles as 'Super Sons,' 'Brightest Day,' 'Batman and Robin,' and more. He's just returned to the world of Batman, taking the reins of 'Detective Comics,' starting with the lead story for the book's historic 1000th issue. Peter recently sat down with us to discuss how he keeps his writing vibrant, his favorite Batman creative teams, and the eternal pull of TV's 'Super Friends'...

Of the many stories you've written, which are your favorites?

I did 'Black Adam: The Dark Age.' That was a five-ish mini I did with [artist] Doug Mahnke a couple years back, which was really well-received, and I think some of my best stuff. Doug killed it on the art. Then 'Batman and Robin,' and 'Green Lantern Corps.' I definitely poured everything I had into each one, and worked with artists who brought their A-games to all of it. Yeah, it would be tough to pick... And now 'Detective Comics.' And there are creator-owned ones as well. I did 'Light Brigade,' 'The Mighty.' Yeah, there’s a lot of books out there that I’m really, really proud of. Those are my favorites.

Many creators start out strong, and then mellow a little bit in their creativity as time goes on. Yet you just keep getting better. How have you avoided burning out?

I’ve been in the business almost 30 years now. It’s so simple, and it sounds really simplistic to say this, but my names are on the book, people are paying their hard-earned money for that, and when I’m sitting there, I can’t go into any half-ass gear. I just need to feel like I’m bringing my A-game to every issue I do. You can’t write 'War and Peace' every issue, but I’ve got to say, I damn well try, each and every time out there, I’m just trying to do the best that I can because I know that’s my immortality, those books. That’s the stuff that I leave behind for fans, for people to discover through the next decades. My son, he’ll be able to look at those, and pull them off the shelf, and think hopefully his dad poured 100% into them. He wasn’t with me for that time, [but] at least he was pouring 100% into the books he was writing. Yeah, it really boils down to that -- just making sure that when people see my name and pick up a book they know that I’m giving them everything that I have.

Since you’re on 'Detective Comics' the year of Batman's anniversary, can you share with us your five favorite Batman stories, story arcs, or creative teams that you hold above others? 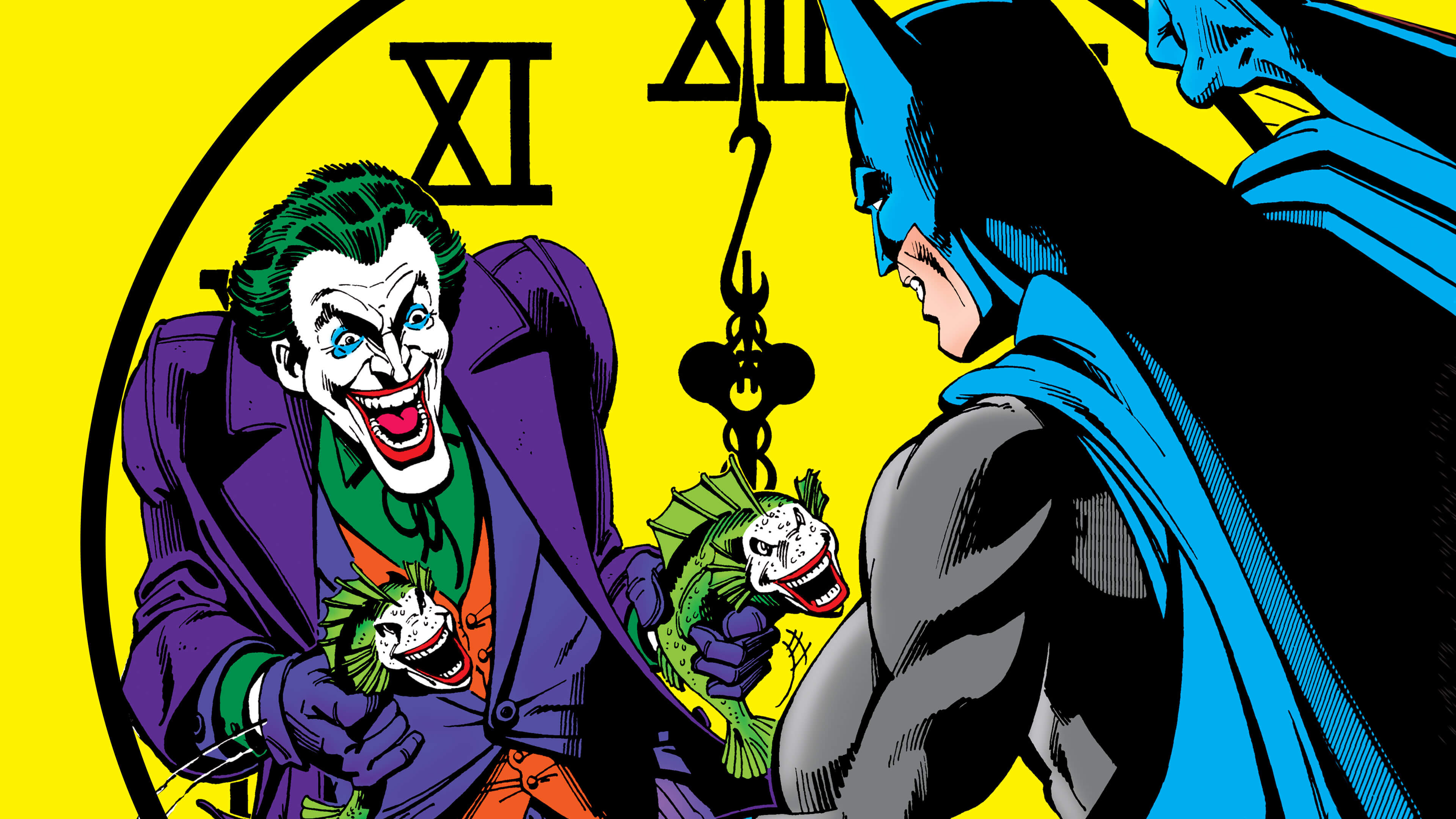 I have to say, the few that always come to mind are the ones you grew up first reading. I mean, Denny [O'Neal] and Neal Adams were pretty much right there at the top of the game for me. Bob Haney and Jim Aparo. Bob Haney stuff was so crazy, but Jim Aparo, to me, is really still my favorite Batman artist because his stuff’s just so visceral and so dynamic at the same time. It was just great stuff. Then I loved [writer] Steve Englehart and [artist] Marshall Rogers, those [guys] are great. All the stuff that I think a lot of people would point to growing up. Then of course comes Frank [Miller] and David Mazzucchelli, and then Frank himself on "Year One" with Klaus [Johnson]. They’re amazing, life-changing story approaches. When you start to see the form used in such a way, watching how it just changed from decade to decade with the different teams, you realize that’s the great thing about Batman -- he can be done any way, shape, or form. You could do him on that street level. You could take him into space. You could take him into the West. You can do everything with him. That’s one of the things I always loved about Batman -- he crosses over all the genres.

Yeah, no other character. It’s amazing. It’s so weird. Even Superman can’t always fit in certain situations. But Batman just does. 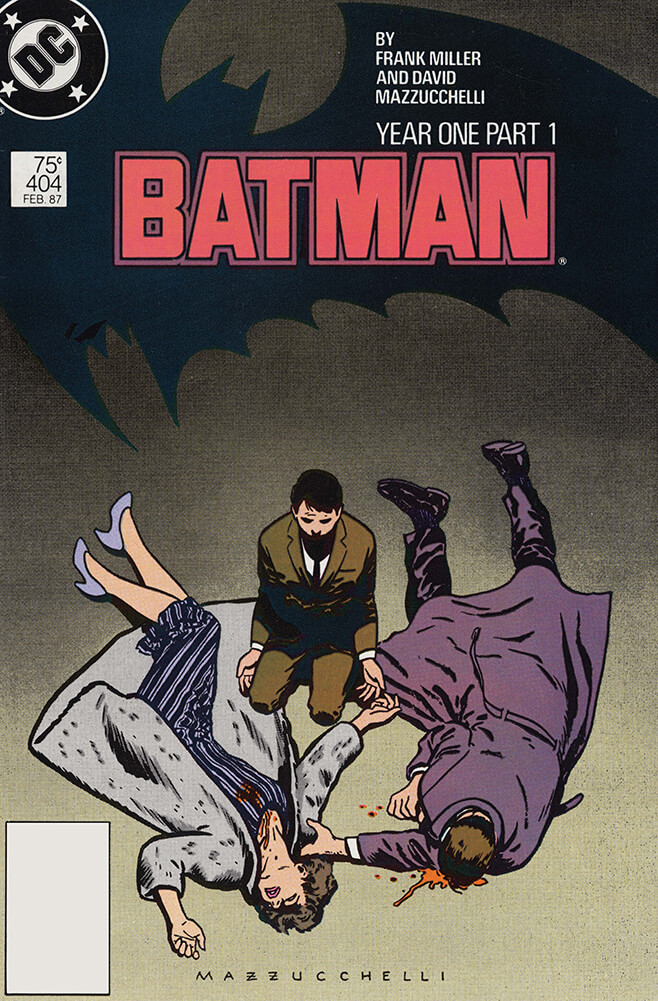 I think so. I think that’s part of it. I think also the pure core of his character, people kind of just get. But yeah, those teams. "Year One," those four issues, every year I read "Year One" just to remind myself that you don’t need a massive amount of pages to tell a great Batman story. Frank’s able to, in that short space, just do mythology-busting, character-oriented, action-packed stuff, with David Mazzucchelli, that just humanizes the character. Which is what I always loved about Frank’s stuff. I love a Batman who’s fallible. I’m not a big fan of writing a Batman who’s just like a shark detective, a shark vigilante, just an unstoppable force. I love that he can just get the shit get kicked out of him, and lose once in a while, and just break sometimes. He’s a great character. Just an amazing character for the ages, really.

Without spoiling anything, what do you have in store for Batman in 'Detective Comics'?

I think, in a way, I kind of spoiled it right there. I really just love humanizing him. Love bringing him to highs and lows. Like, right now, I want to do stories that are fun, exciting, but also very dramatic, and you also don’t want be beholden to so much crazy continuity sometimes. I’m trying to channel Bob Haney a little bit too. His stuff was so off-the-wall. It was the Haney-verse. [Laughs.]

So we could see Batman return to World War I? [Laughs.]

I don’t know if I could do that. [Laughs.] It is fun just to push the buttons as much as possible and not get too locked into a box. You shouldn’t let him get locked in a box, unless you’re trying to get him out of it for a story. So, yeah, it’s a great time to be a Batman fan. These last couple of years, I think people are almost getting spoiled by how much great Batman stories there are.

Everybody’s bringing their A-game -- Scott [Snyder] and Tom [King], and hopefully me. They’re killing it. I don’t know. I wonder how long that can last, that people can keep doing great Batman stories. But the character deserves it. It’s been a real privilege and honor to line up with the stars and be able to do 'Detective' #1000 just the year after I did 'Action' #1000. It’s pretty cool.

What are your favorite screen versions of Batman? 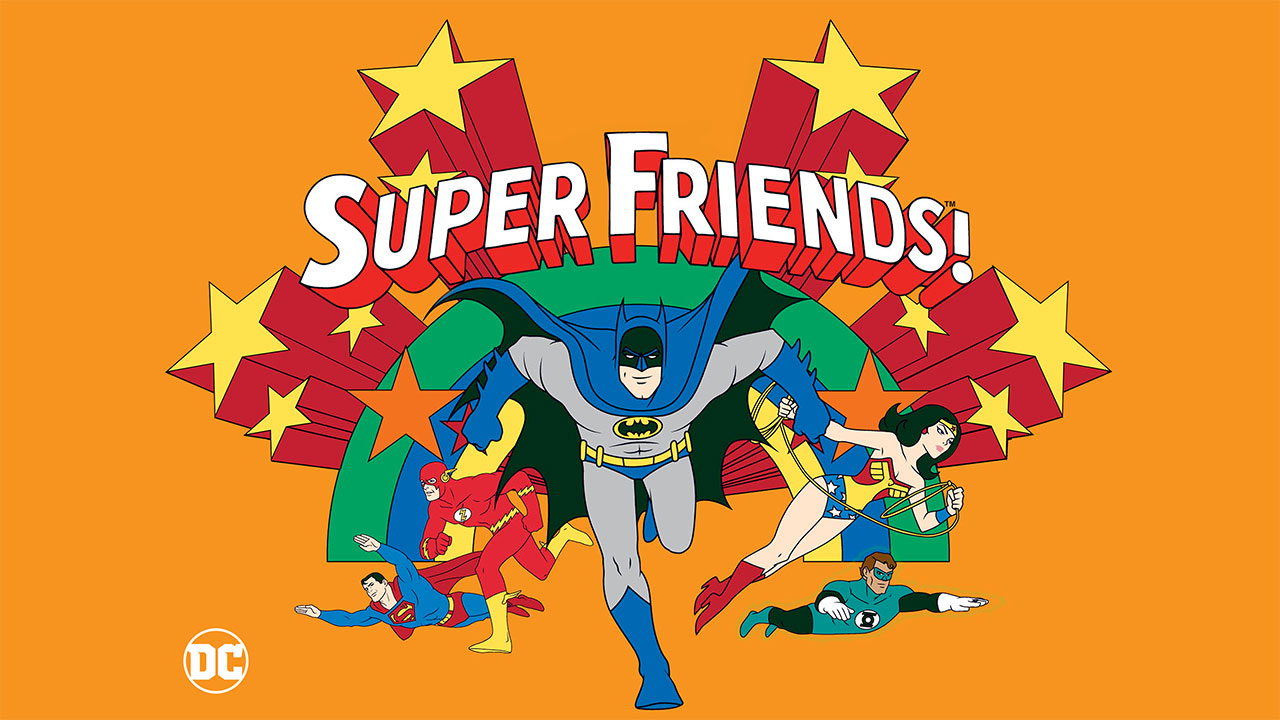 Obviously the [1966] 'Batman' show, watching the reruns of that with Adam West. All great stuff... It’s weird. Here’s a character that’s been able to do all these different types of genre programming, and they’re all valid, and they all are great in their own right. When the Blu-rays came out and I popped them in again to watch the TV show, it was just amazing. It just looks so beautiful. Then eventually the 'Super Friends' stuff, and you’re digging that. There just always seems to be another decade of fun stuff, if you were a comic book fan, as you were maybe fading away from it, something else would pull you right back into it. "Just when I thought I was out..." [Laughs.] I remember that in college. It was 'Watchmen' and 'Dark Knight,' and all this great stuff. I’m like, "Oh my God, I thought I was out of this, and it just pulled me right back into it." Yeah, the [Tim] Burton stuff. People forget, but if you were around when that was coming out and about to come out, you couldn’t wait to get into that theater and see it. It was amazing. Then of course [Christopher] Nolan comes around and shakes it up again and does what he does. Batman fans are very, very lucky, I’ve got to say.

Are you a Peter Tomasi fan? Let us know in our Community!