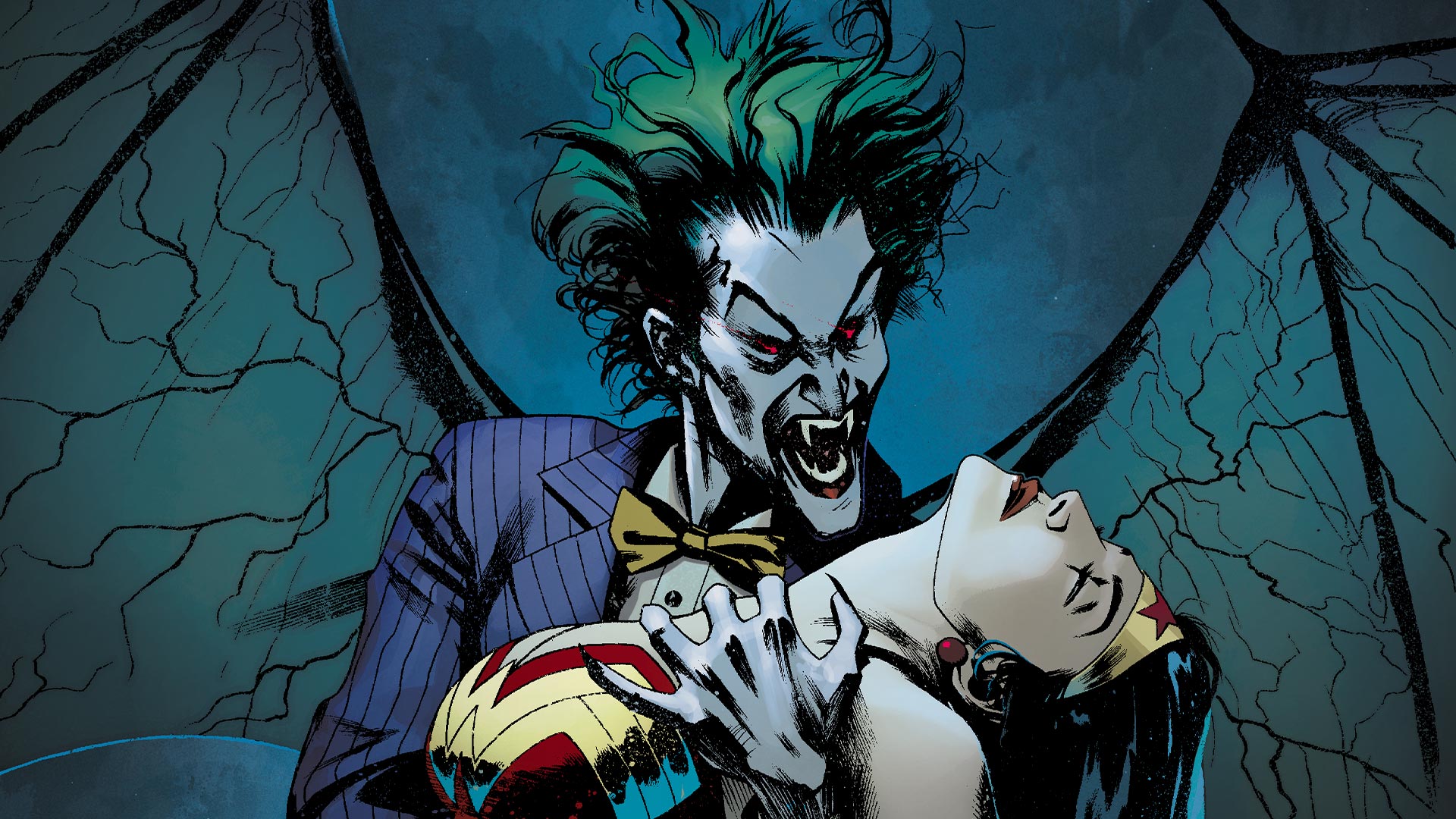 Out for Blood: 5 Best Superheroes vs. Vampires Battles

The DC Universe is filled with it’s fair share of vampires, and they’ve given some of your favorite heroes a run for their money. Let’s face it, vampires can be scary no matter how powerful you are. They have sharp fangs, shapeshifting abilities, a thirst for blood and some can even control minds. They can be a bit harder to fight than Dr. Light or Cheetah, which has led to some legendary superhero vs. vampire brawls. If you’re looking for some epic hero vs. vampire battles to get you in the mood for Halloween, here are 5 standouts!

“A Fellow of Infinite Jest” 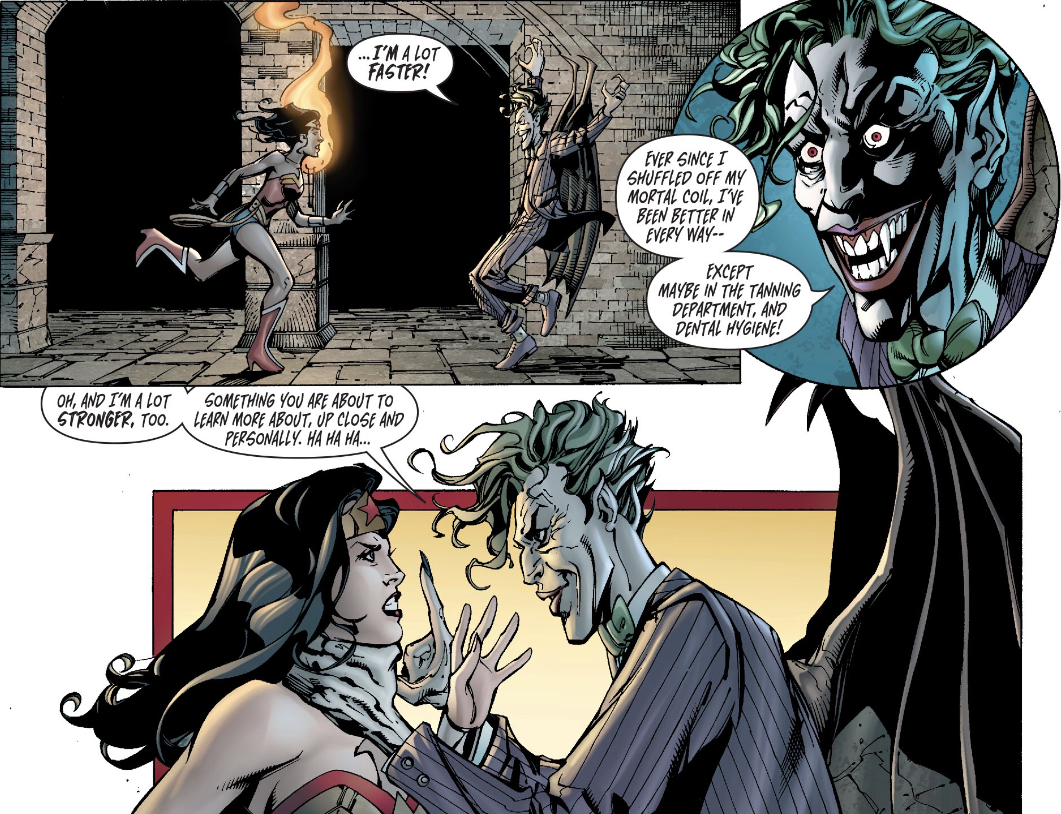 The Story: The Joker is already a pretty scary dude, so it’s hard to imagine how terrifying he’d be with the powers of a vampire. Unfortunately for Wonder Woman, the Clown Prince of Darkness has set his sights on Diana’s friends and he won’t stop until he’s had a full murderous meal. The events of the Convergence crossover have caused heroes and villains from various DC worlds to combat each other for the survival of their universe, and Wonder Woman is the last line of defense against vampire Joker and other Gotham ghouls from the world of Batman: Red Rain. It’s going to take more than a lasso to get out of this one!

Where to Find it: Convergence: Wonder Woman #1-2. 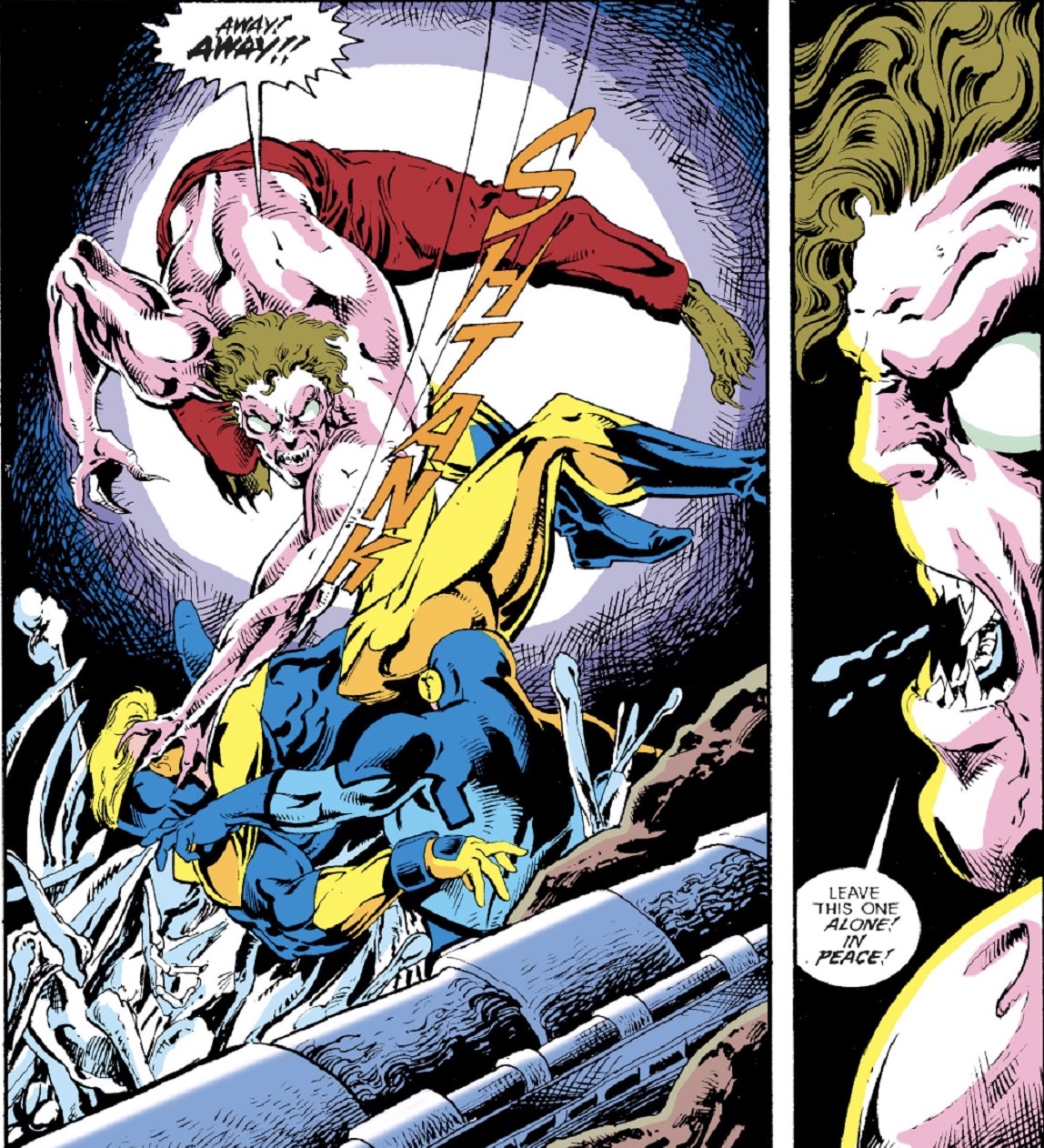 The Story: Remember the movie Stand By Me? The heartwarming movie where a group of kids strengthen their friendship as they search for a dead body? This comic is kind of like that, except the friends are Booster Gold and Blue Beetle, and they’re searching the sewers for a vampire they’ve been hired to collect. And there’s a lot more dead bodies. Booster Gold and Blue Beetle might be the goofballs of the Justice League, but surely they could get their act together long enough to survive a sewer encounter with Caitiff the vampire – right? Let’s hope so or the Justice League will need to start holding auditions.

Where to Find it: 1989’s Justice League International #25

“The House of Dracula” 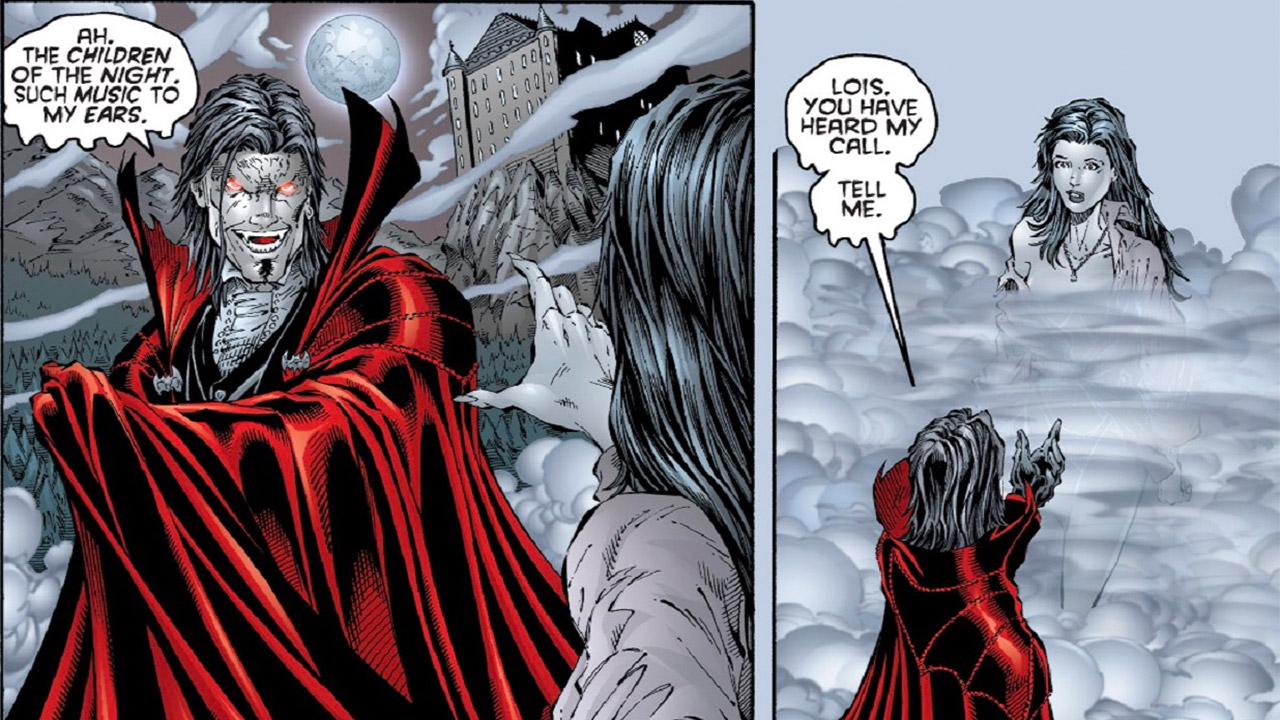 The Story: If you were a vampire, wouldn’t Superman be the ultimate snack? Imagine that rich Kryptonian blood and all the power it would give you. This is exactly why Dracula is hungry for a Man of Steel snack, and lures Lois to his European castle under the pretense of interviewing a count. After all, everyone knows that anywhere Lois goes, Superman won’t be far behind. Dracula plays mind games with Lois and Clark, all in the hope that his final prize will soon show up to save the day. We don’t want to give everything away, but yes, Dracula does get to bite Superman’s neck. What happens next? You can bet that it won’t be predictable!

“The Monster in the Mirror” 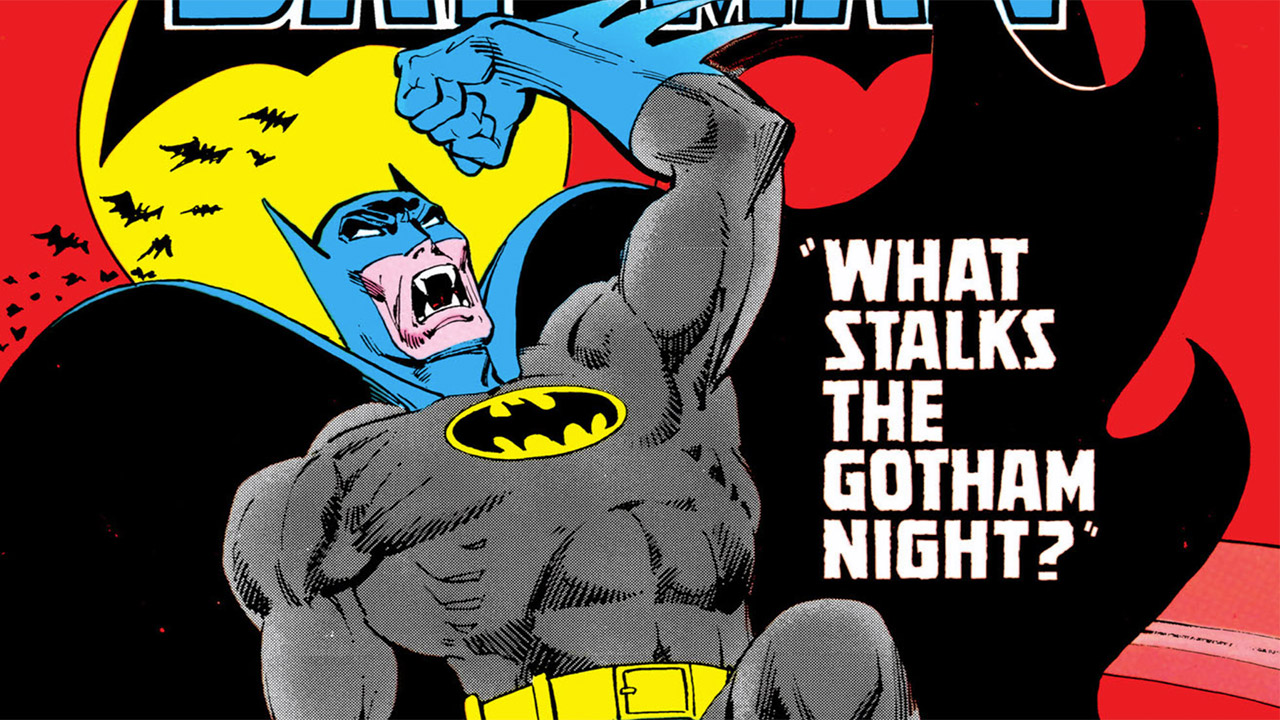 The Story: Have you been reading our 13 Days of Halloween article series? This storyline is a tribute to the Golden Age “Batman Versus the Vampire” comic that we recently covered in that series! The vampire known as the Mad Monk is back, and he’s targeting the Bronze Age versions of Batman and Robin. How do you lure a Robin into a vampire trap? With a sexy college co-ed! After the vampire Dala claims Dick Grayson, Bruce Wayne investigates and gets bit as well. You know what that means? Vampire Batman! The Dark Knight struggles to control his bloodthirst, which almost claims a terrified Alfred Pennyworth. How can the Dark Knight reclaim his humanity and defeat the Mad Monk? He always wanted to take a bite out of crime, he just didn’t realize how tasty it would be.

“Terror in the 3rd Dimension” 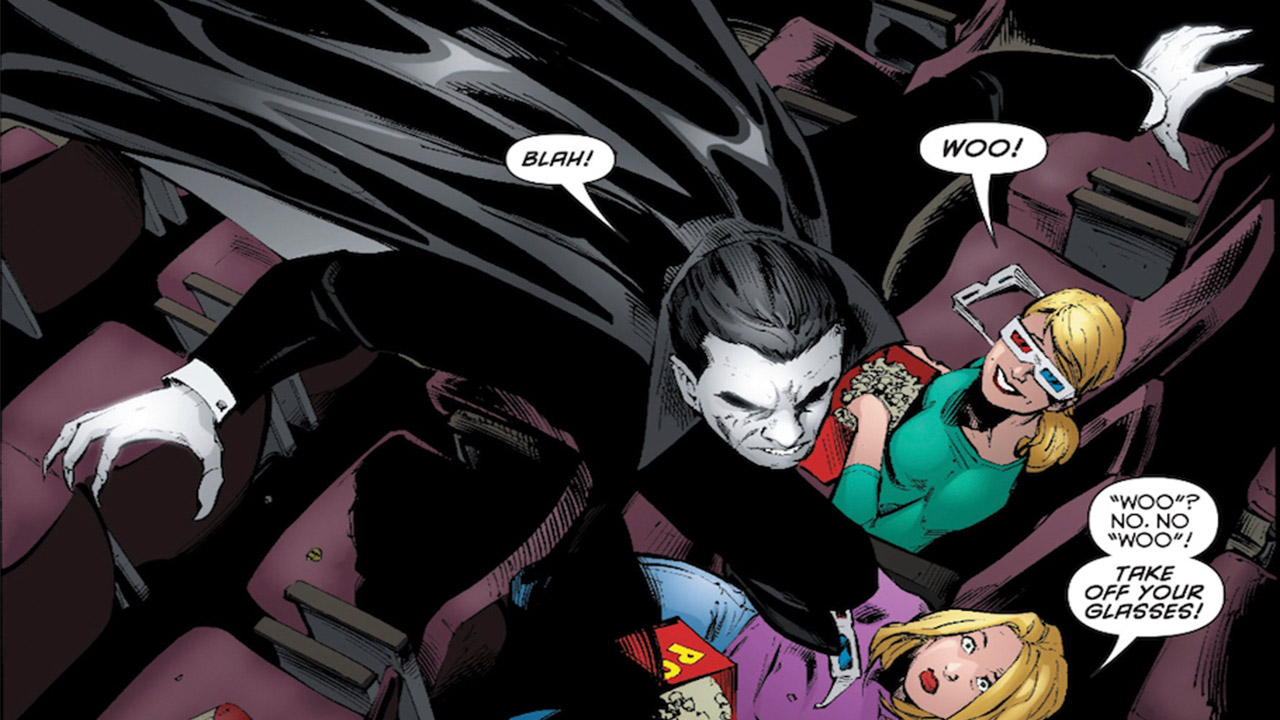 The Story: Are you a fan of old black and white vampire movies? Then this story will tickle your horror bone in all the right places. Supergirl, in her human disguise Linda Lang, visits Stephanie Brown (aka Batgirl) for some Halloween fun. Stephanie’s college campus is showing some old vampire movies which seems like a safer activity than Linda’s suggestion of a keg party (what the heck Supergirl), until something goes horribly wrong. Thanks a conveniently corrupted science experiment, the vampires come to life and rampage through town. Now Supergirl and Batgirl must track down and defeat 24 vampires, complete with the their cliché Dracula dialogue like “Blah.”