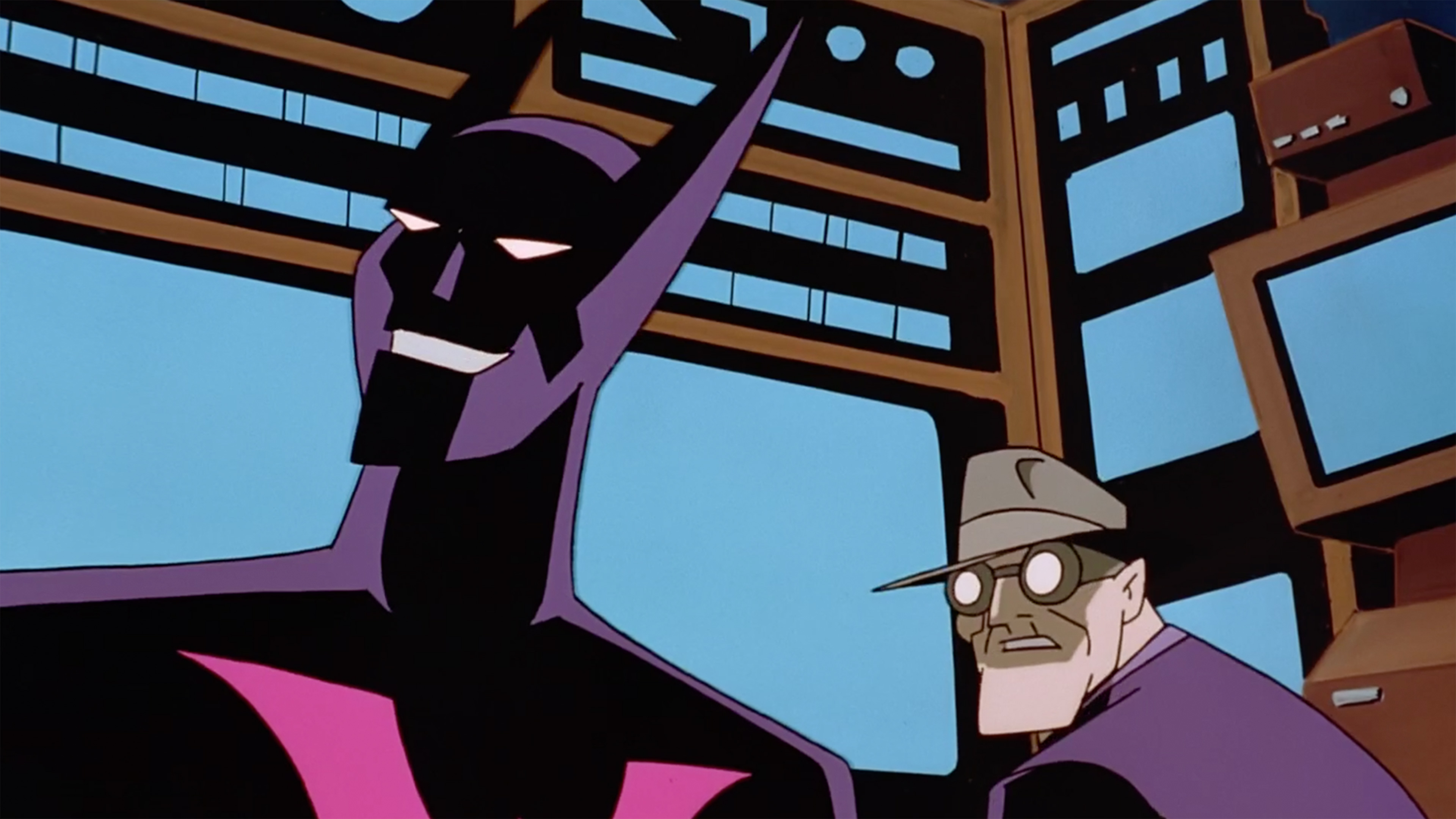 Sometimes the generational divide in our society can feel like it’s wider and deeper than Bruce Wayne’s wallet. Millennials are saying “OK Boomer,’ Baby Boomers are trying to make sense of a world gone mad, while Gen Z pretends to be on Snapchat but are secretly plotting world domination. In honor of the current “OK Boomer” trend, we’re taking a look at five notable generation conflicts in the DC Universe. Call it our humble attempt to help the young and old learn from each other. 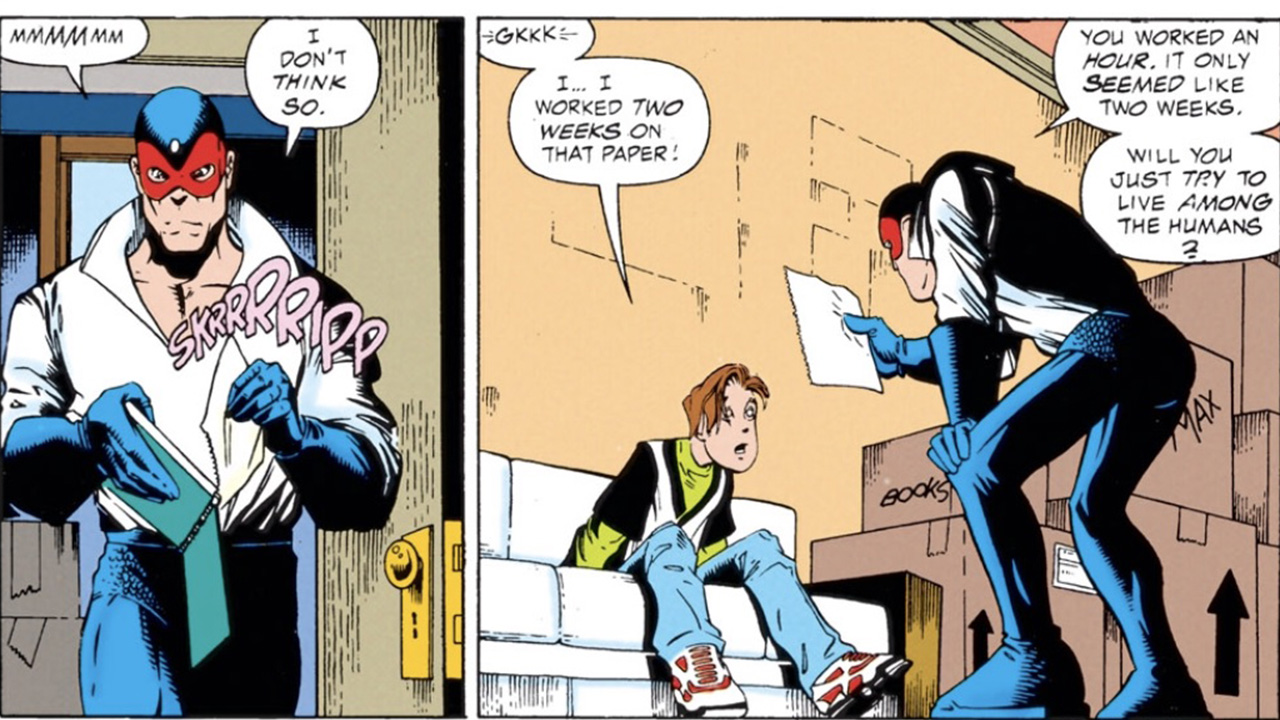 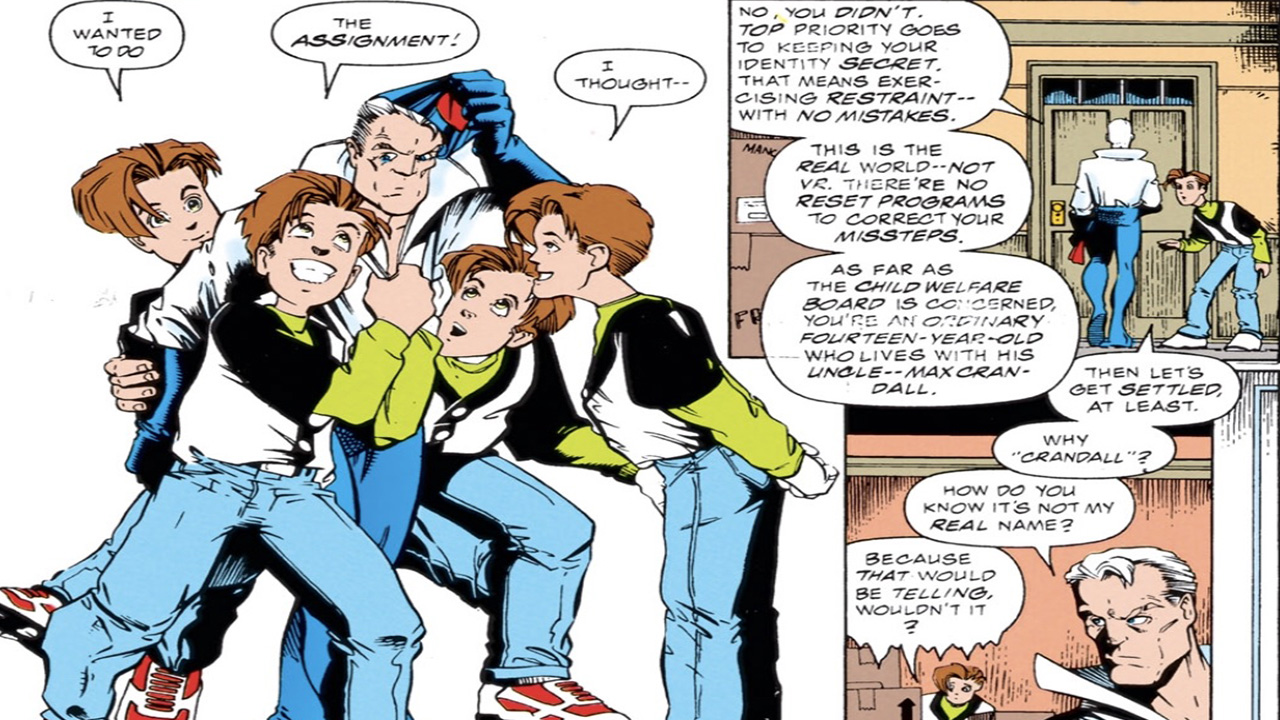 The Players: Bart Allen is a teenage speedster named Impulse. He was raised in a virtual reality world, and now he has to deal with a life as slow as it is for the rest of us in the 21st century. Max Mercury is a seasoned speedster from “the greatest generation” and he’s learned how to relax and live a life of zen.

The Generational Divide: Bart is a speedster who grew up in what was essentially a video game, so he’s used to doing things fast and (ahem) impulsively. Max Mercury was tasked with teaching Bart to slow down and smell the roses. It’s hard enough to deal with the attention span of a teenager, but when you’re dealing with someone as hyperactive as Bart, it’s downright impossible. Even for a zen master.

Possible Common Ground: Come on! You’re both speedsters, you have so much to talk about! You can have superfast conversations that nobody else can keep up with. 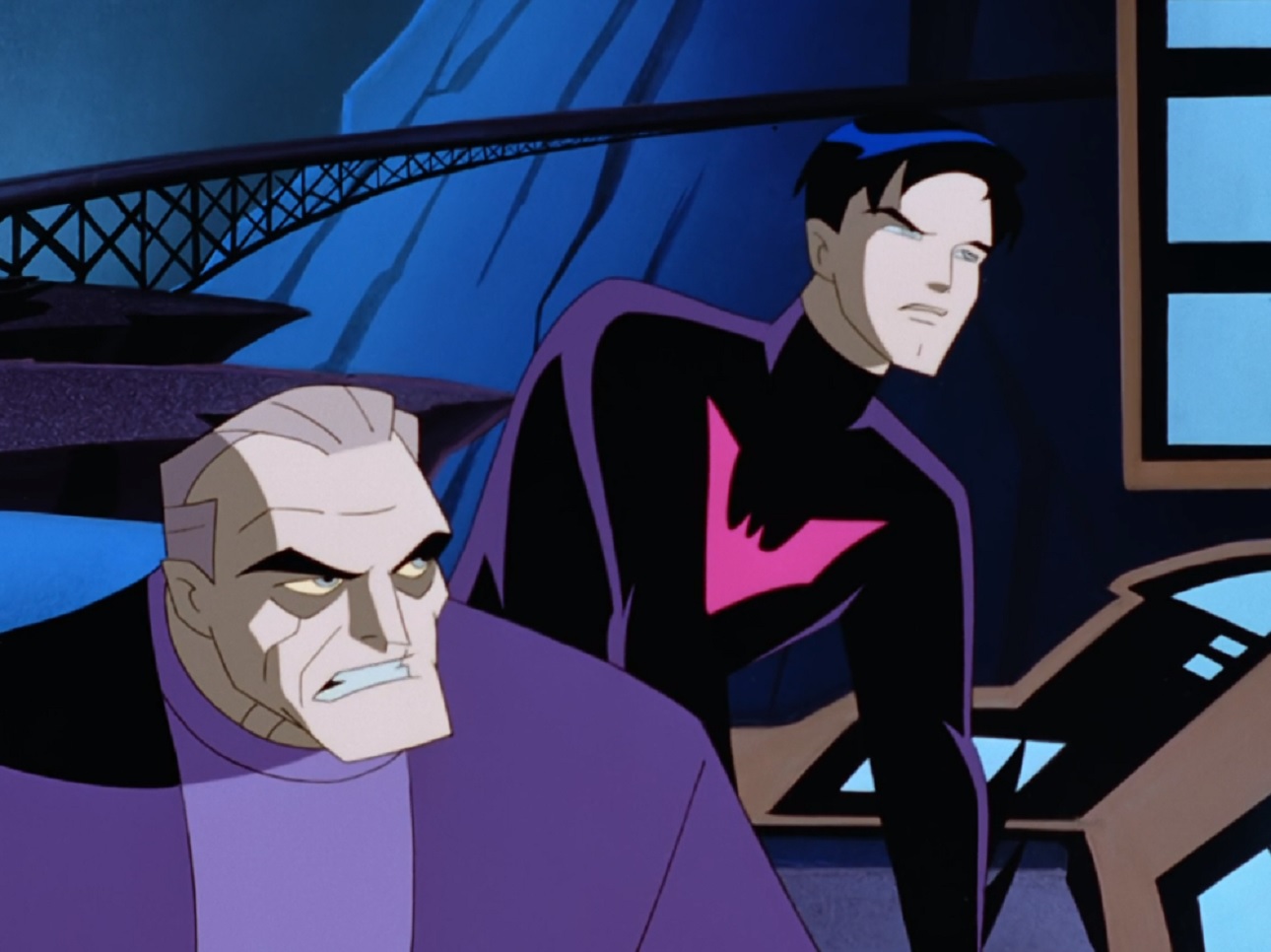 The Players: Terry McGinnis is a headstrong teenager nwho found his life turned upside down after his father was killed in a criminal conspiracy. You all know the story of Bruce Wayne, but this time he’s much older, and the limitations of his aged body have prevented him from continuing as Batman.

The Generational Divide: On a dark and stormy night, Terry bumped into Bruce near Wayne Manor and the two….well, they didn’t exactly hit it off right away. Terry eventually convinced Bruce to let him become the new Batman, but they haven’t always seen eye to eye about the arrangement. Bruce has his way of doing things, and Terry only listens when it’s convenient for him.

Possible Common Ground: Let’s be real, Bruce Wayne is never going to change. The best way for these two to get along would be if Terry just accepted that Bruce is always right, and followed his directions.

Recommended Media: Watch the complete Batman Beyond animated series to see who can drive the other person crazier. 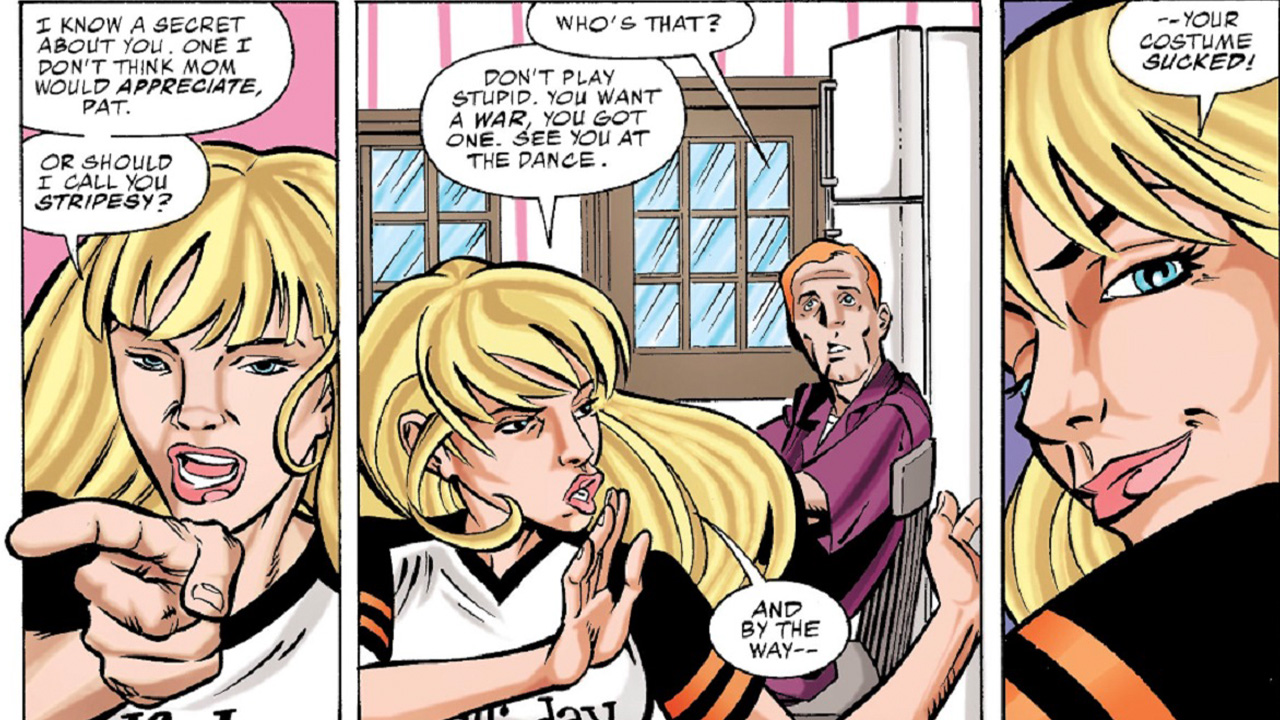 The Players: Pat Dugan use to be the hero known as Stripesy, sidekick to the original Star-Spangled Kid. Eventually he retired and married a woman named Barbara. Barbara had a teenage daughter named Courtney, who was very unpleased about this newcomer uprooting her family and getting involved in her life.

The Generational Divide: It can be difficult to form a relationship between a stepparent and stepchild, and Courtney did everything she could to make sure Pat felt unwelcomed. When she found his old superhero gear, she decided to really annoy him by suiting up as the new Star-Spangled Kid (later Stargirl). Pat donned a robotic suit named S.T.R.I.P.E. in order to keep up with his stepdaughter and stop her from getting hurt. You can imagine how thrilled she was by this.

Possible Common Ground: Finding a shared hobby is a great way for blended families to bond, and crime-fighting seems to have cooled the once frosty relationship between Courtney and Pat.

Recommended Media: Get a load of the Stars and S.T.R.I.P.E. series for some stepfamily angst. It’s a great way to prepare for DC Universe's upcoming Stargirl series. 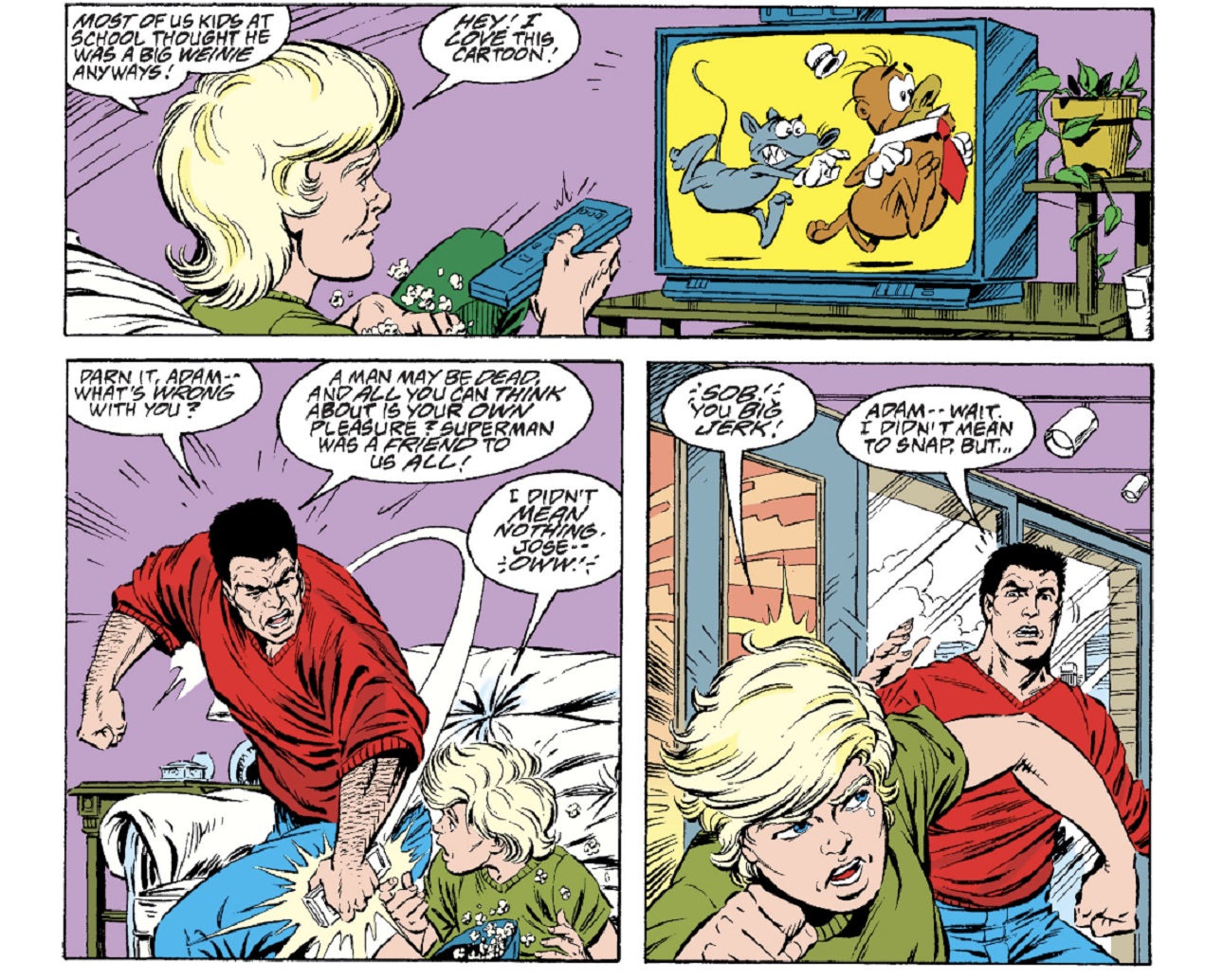 The Players: Jose Delgado was a resident of Metropolis’s Suicide Slum neighborhood, and he adopted the heroic identity of Gangbuster to help clean up his home. Adam Grant is the son of noted reporter Cat Grant, and let’s be real – he’s a bit of a brat.

The Generational Divide: Jose was hired to be Cat Grant’s bodyguard and sparks flew. A romance soon followed, which meant that Jose spent a lot of time with young Adam. At first they got along, but after the “honeymoon period” ended their personality clashes came out in full force. Jose is a hot tempered and impatient person, and Adam is a kid who oozes with attitude. At times Jose would blow his top and try to put the kid in his place, which was followed up by Adam crying “You’re not my father,” which is pretty much the '90s kid version of saying “OK boomer.”

Possible Common Ground: They both love Cat Grant, and if they can figure out a way to coexist in her life, their relationship would be peachy.

Recommended Media: Read Adventures of Superman #598 for some generational melodrama. 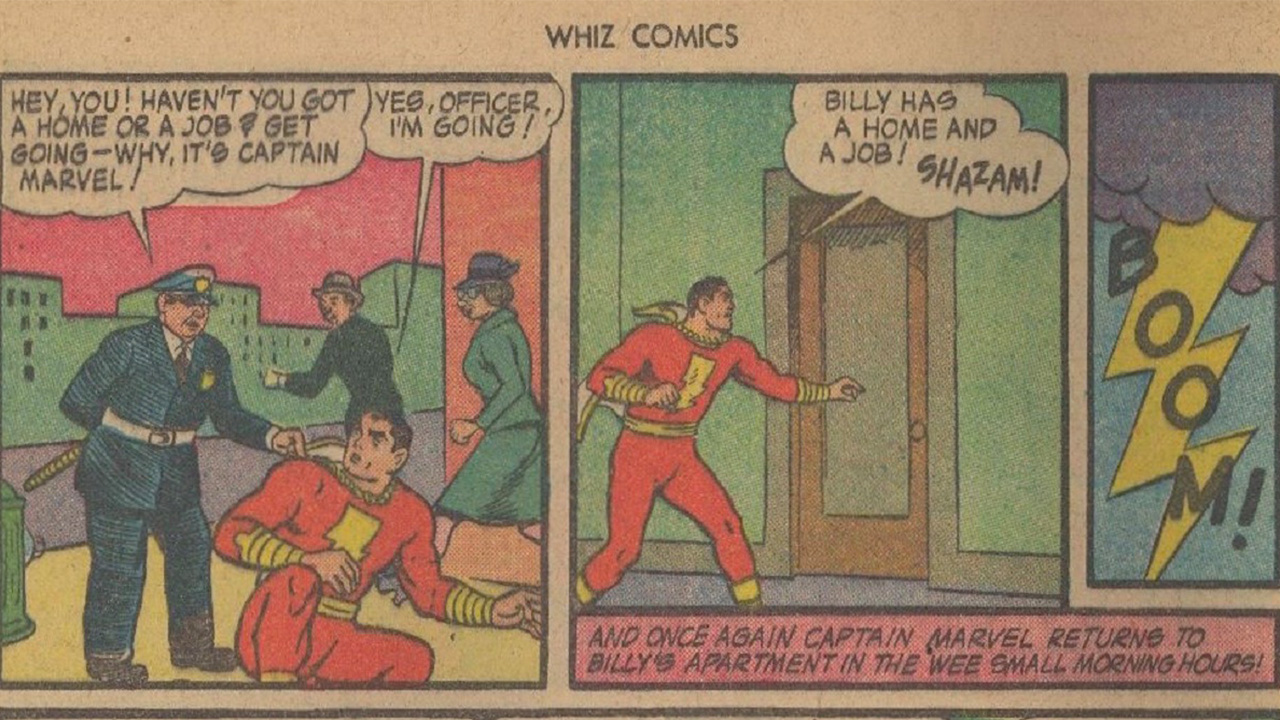 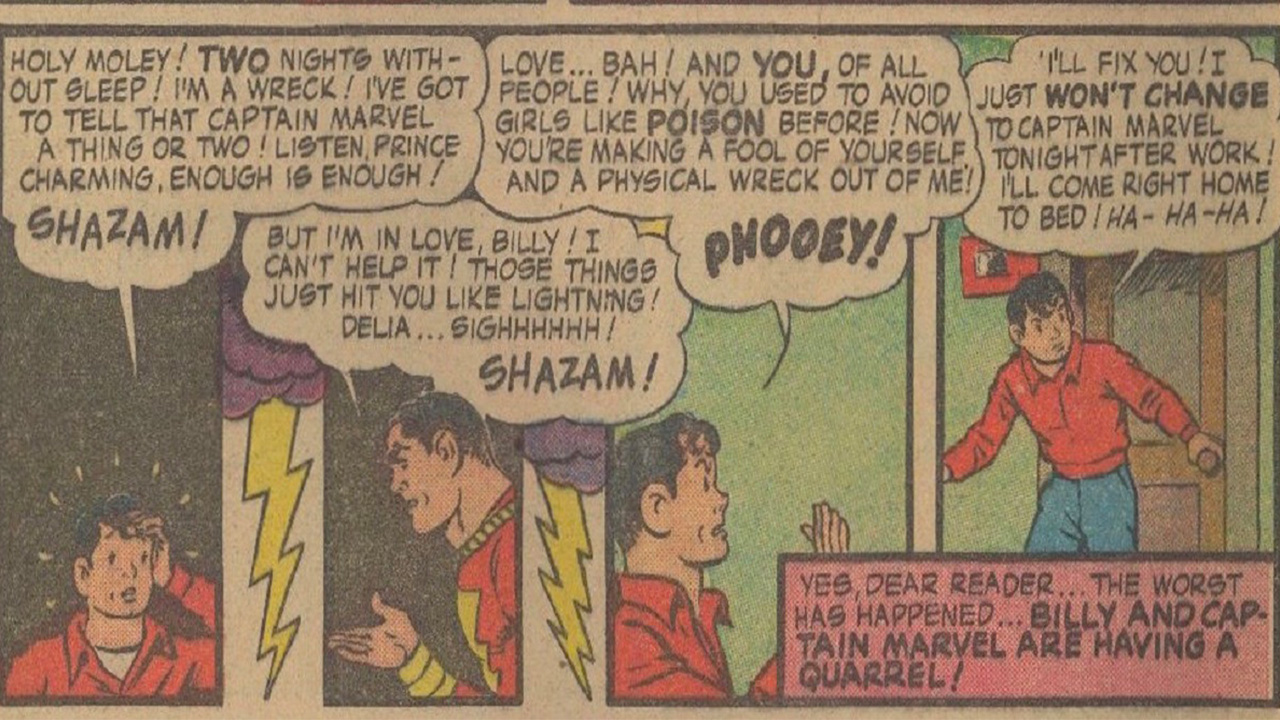 The Players: Billy Batson is an orphan who works as a newsboy, and Captain Marvel is a superhero who was gifted great powers from a wizard named Shazam. Did we forget to mention that they’re the same person? The child Billy is able to transform into the mighty Captain Marvel by speaking the words “Shazam.” While modern books portray them as a singular person with the same mind, earlier incarnations treated them as separate entities who happened to share a body. This caused some funny complications.

The Generational Divide: For the most part Captain Marvel and Billy Batson were able to successfully co-exist, until Captain Marvel fell in love in Whiz Comics #53. Captain Marvel was so busy serenading his sweetheart, and staying up all night to moon over her, that he never transformed back into Billy. As a result, Billy was never able to get his precious sleep which put a strain on their delicate arrangement. The comic even has one amusing scene where Billy transforms to Captain Marvel in order to argue with himself. That has got to be the most unusual generational feud on our list.

Possible Common Ground: Find a girl for Billy and then arrange a double-date. Although that would probably come with it’s own set of problems. Holy moly sharing a body is pretty tricky.

What are your favorite DC generational conflicts? Let us know in our Community!