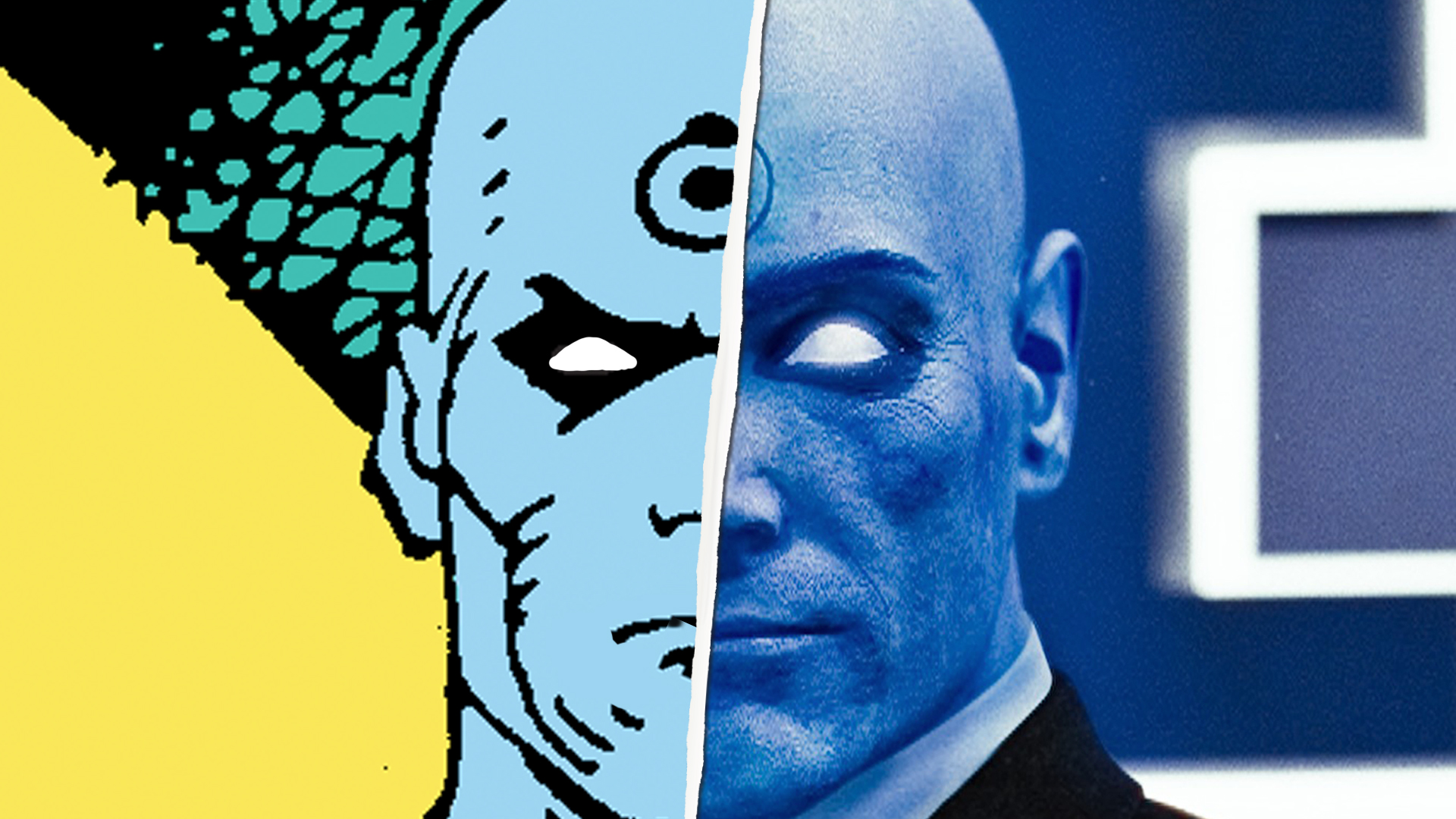 “In the end? Nothing ends, Adrian. Nothing ever ends.” – Doctor Manhattan, Watchmen #12

Watchmen is many things, but, ultimately, it’s a murder mystery. Who killed the Comedian? And who will destroy New York City, thus killing millions? The film takes a few liberties with the 1986 comic, but one of its biggest changes is the ending. In both the comic and the movie, it was Ozymandias behind the killings; Ozymandias believed his murderous actions would transform the world into a better place. But even though Ozymandias employed different weapons in his plan, does this change the overall message of the superhero tale and the social commentary engrained deep in Watchmen's DNA?

Nature Is The Enemy 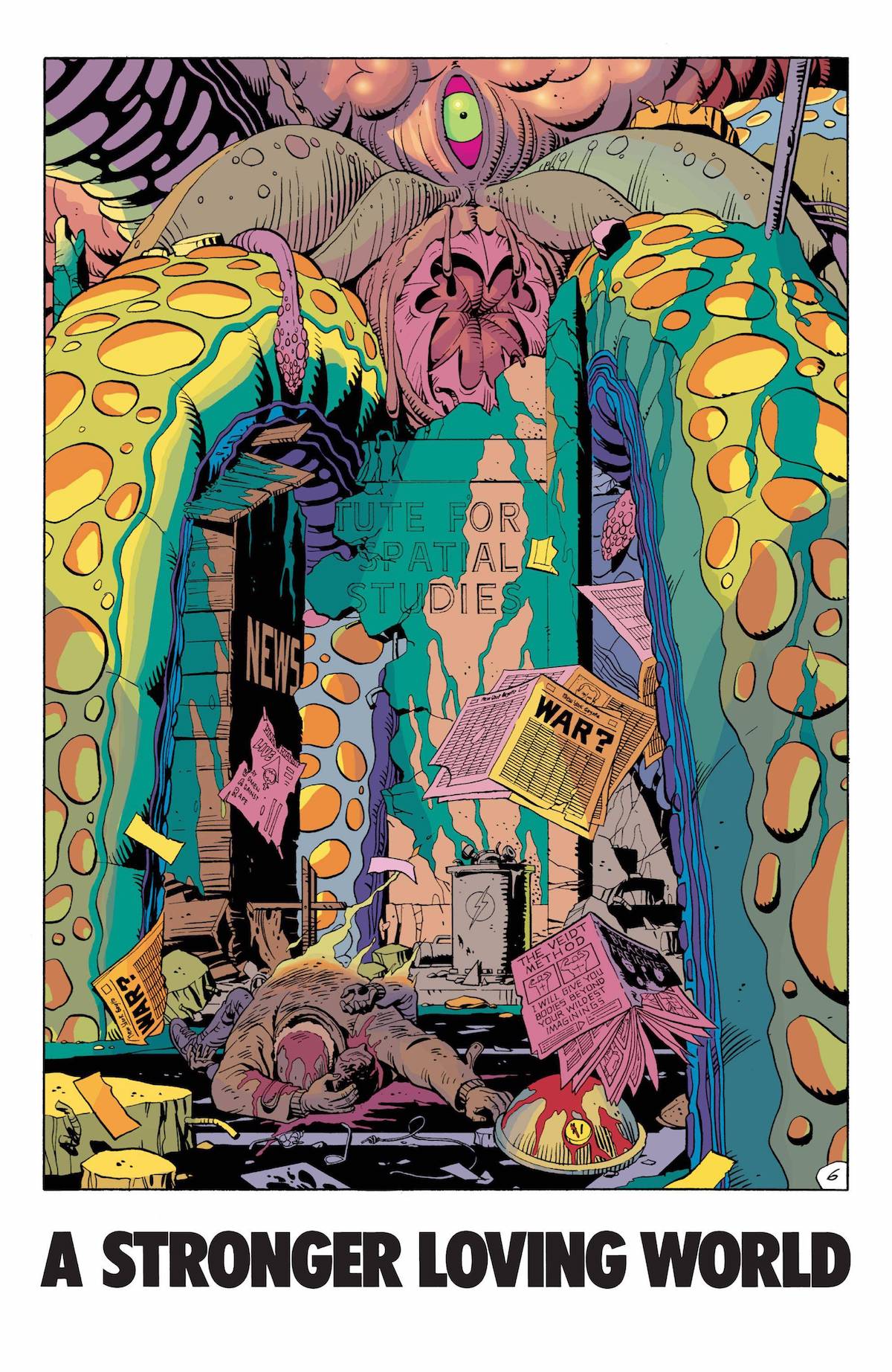 The original Watchmen is very much a testament to its time. Birthed during the Cold War, it explored the undercurrent of paranoia running through America. Throughout its narrative, society is worried about the Doomsday Clock – the clock marking humanity's approach to nuclear war. When will it tick to midnight? Though they fear an atomic bomb from another country, when death ultimately comes for them, it's a giant squid that destroys society. Rather than a cold mechanical thing, nature comes to take back what was once hers.

In Snyder’s film, Ozymandias frames Doctor Manhattan, using the energy that created the godlike superhero to allow his master plan to wreak havoc. It’s right in his name – Doctor Manhattan represents the nuclear bomb. But Americans had nothing to fear because the threat was on their side. Instead, Doctor Manhattan was a symbol of American domination for other countries to fear. “The Superman exists and he is American.” Manhattan helped end the Vietnam War, and he was a superhero. He was the American ideal. Snyder’s ending isn’t as ironic as Moore’s, but there's still an irony in using Doctor Manhattan as the weapon. It wasn’t the Soviet Union or another country that destroyed America – it was America herself, all in the search for “utopia.” 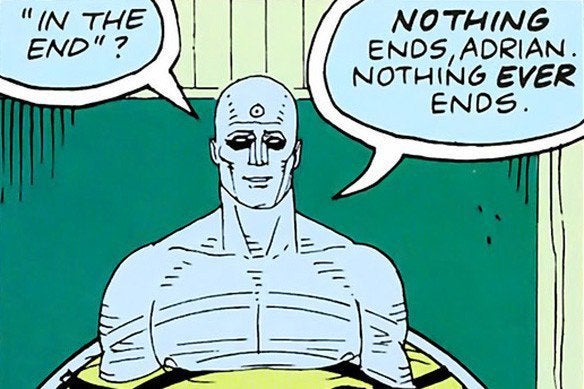 Though the weapon Ozymandias wields differs, the film and comic book reach the same conclusion. Following New York's destruction and the fight amongst old teammates, Ozymandias asks Doctor Manhattan if he did the right thing, and if the threat of annihilation is over. The nuclear bomb was a weapon built to end all wars, yet wars continue. In the world of Watchmen, Ozymandias uses his destructive weapons for a chance at utopia. At the end, we see a glimpse of this peaceful time, where newspapers run out of stories to tell because the world is too perfect. People live in ignorance, unaware of Ozymandias’ evil deeds that led to their new lives. But as Doctor Manhattan knows, nothing ever ends, even the threat of annihilation.

How does the world of Watchmen end for you? Talk about it in our Community!