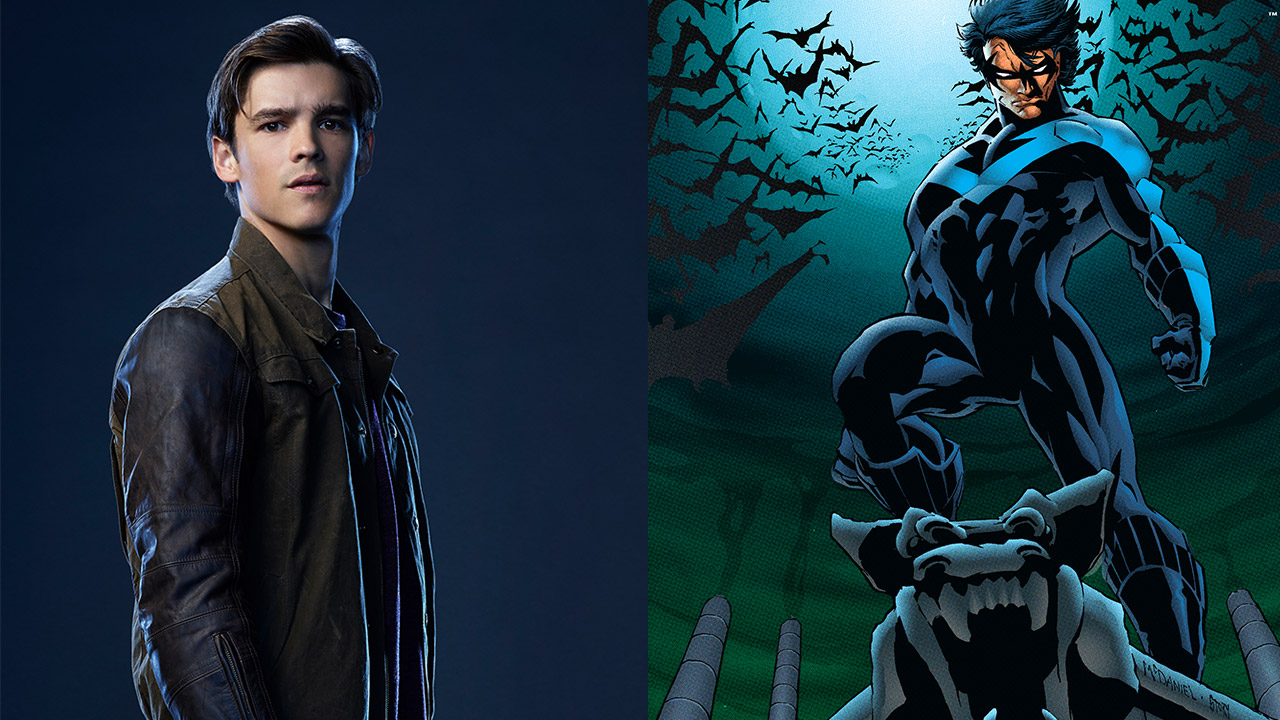 TITANS Night Watch 10/24: Is This the Week that Dick Grayson Becomes Nightwing?

Is Dick Nightwing yet? We get it, most of us have been expecting the epic introduction to Dick’s iconic heroic identity since Titans began. Since we’re all playing the waiting game, let’s speculate together with a game we call Night Watch. The most recent episode of Titans “Bruce Wayne” contained lots of character development for our boy Dick. Does this mean our next episode will have him become Nightwing? Let’s examine the evidence!

* Dick is prepping for a showdown with Deathstroke, and he’ll need something to wear. How about a Nightwing costume?

* Our boy Grayson stepped up to the plate during the final scene and gave Jason the listening ear he needed. Dick is ready to start being a leader, and with it a new identity could be forged. Nightwing anyone?

* He’s still running around without a costume, which risks exposing Bruce Wayne’s Batman operations. Wouldn’t people question why former police officer Dick Grayson is waving a gun around interrogating people? A Nightwing costume would be the perfect cure for that.

* If the next episode is mostly a Deathstroke flashback, that fits in with Tales of the Teen Titans #44, Nightwing’s debut. The issue told Deathstroke’s origin through a flashback, then ended with Dick donning the Nightwing costume for the first time.

* Dick made peace with his imaginary Bruce Wayne ghost, hopefully putting the specter of the past behind him for good. Now that the past has been left behind, perhaps he’s finally ready to forge a new future. If you read “Nightwing: Year One” resolving his complicated feelings for Bruce thrusted him into becoming Nightwing. This is a double edged sword though as we detail below..

* The end of the episode had Dick prepare to tell Jason a story about his past. Dick might be a faster storyteller than Bob Saget from “How I Met Your Mother” but a flashback could still take a while and might not leave enough time for an epic Nightwing debut.

* Although Dick was able to put his Bruce Wayne issues behind him (as we mentioned above), the fact that he was hallucinating his mentor in the first place still points to him being a hot mess.

* Dick spent a lot of this episode waving a gun around. To be fair, Nightwing did threaten some crooks with a gun in New Titans #114, but that isn’t typical behavior.

And now we plug the evidence into our handy Nightwing-o-Meter...... 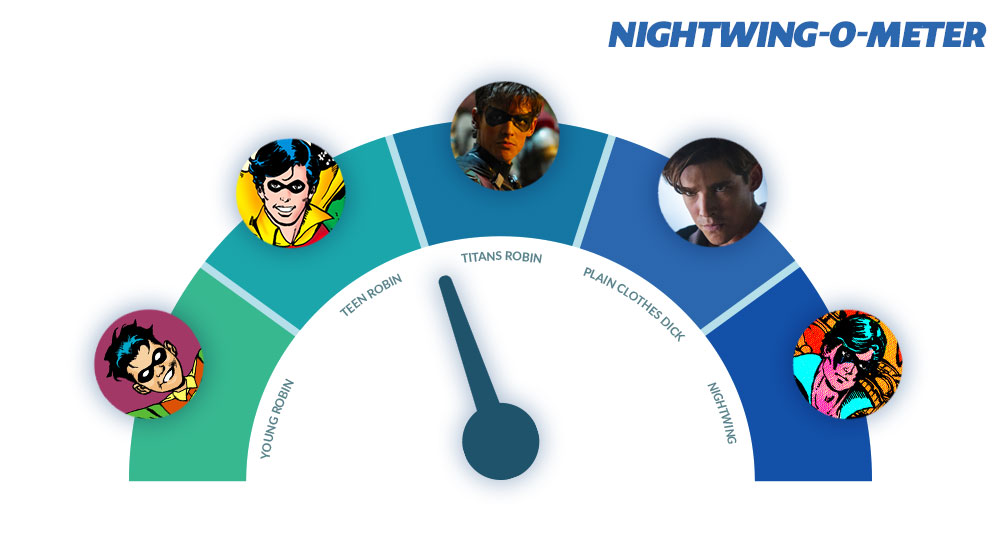 Our prediction for Nightwing being in the next episode is at 40 percent. There is plenty of evidence that we’re looking at a cool flashback story for Jericho and Deathstroke told by Dick, so Nightwing might not fit into that. But who knows? The Wing-o-Meter is still working out it’s kinks so we’ll just have to watch and find out ourselves.