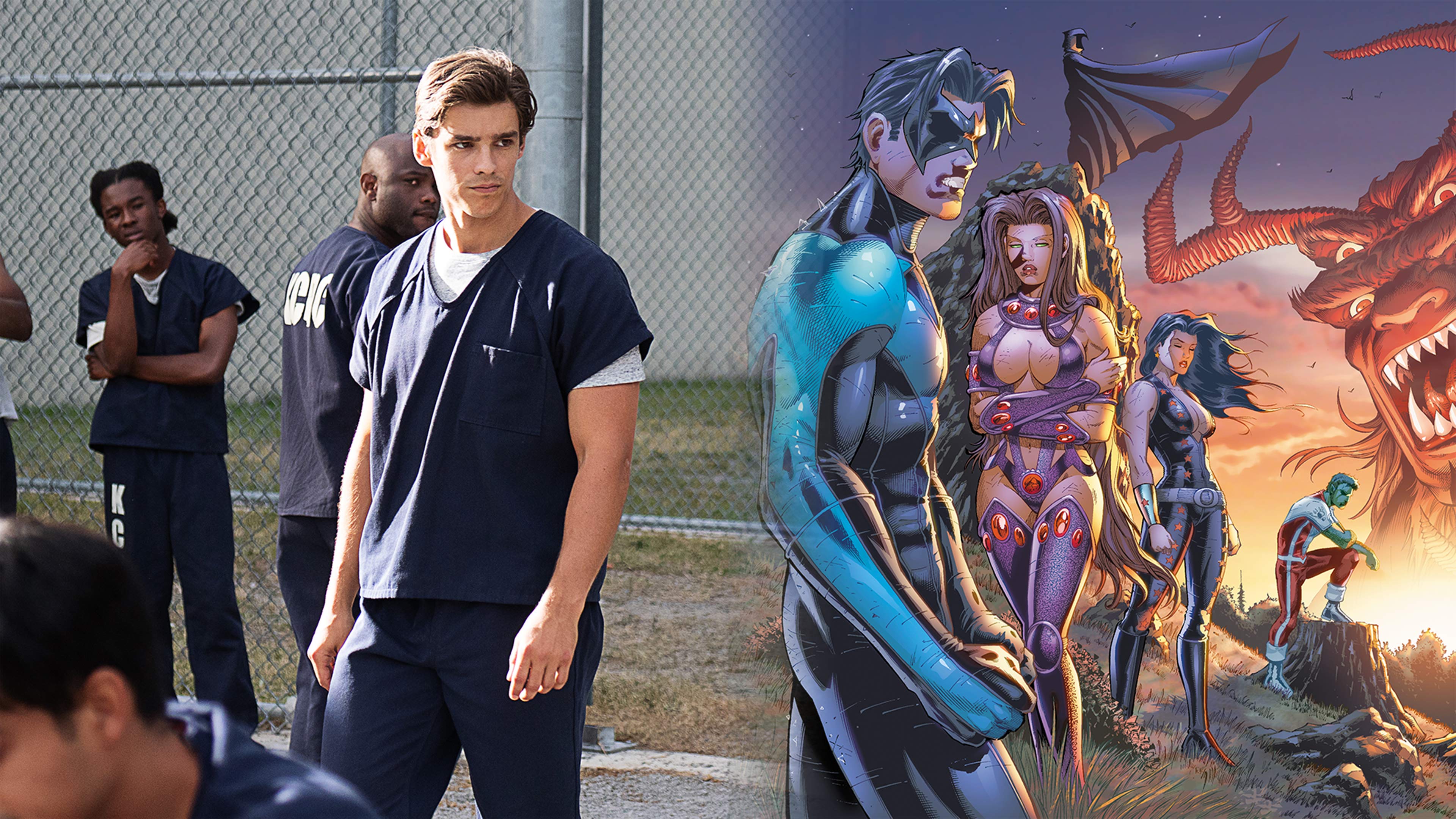 Welcome back to Night-Watch, where each week we eagerly await the Titans episode in which Dick Grayson becomes Nightwing. Will it be the next episode? It feels like we’re getting closer each week.

The latest episode “Atonement” ended with Dick Grayson getting arrested, which wasn’t something any of us expected. Incarceration or no incarceration, this episode gave our Wing-o-Meter a lot to chew on. Let’s examine the evidence…

* We have no clue why Dick allowed himself to be arrested at the end, but he definitely has some sort of plan cooking. This is a big x factor but it could involve Nightwing’s grand debut.

* Superboy is on the run from the cops. Who would do a better job at mediating the dispute: plainclothes Dick Grayson or Nightwing? It’s time to suit up!

* Listen to Dick’s conversation with Slade. He wants to honor Jericho and be the type of hero his deceased friend deserved. Jericho deserves a Nightwing…heck, we all deserve a Nightwing, and we’re ready!

* The entire team leaving the Tower might seem bad, but it’s also the wake-up call Dick Grayson needs. This gives Dick the opportunity to take stock of himself and realize what he needs to do to fix the mess he’s made. That’s where Nightwing comes in…at least that’s what we hope!

* Let’s not mince words here: Dick went to jail at the end of this episode. What’s he going to do, make the Nightwing costume in the prison workshop?

* Even if Dick doesn’t end up in prison, he currently has a team he needs to heal.

* Before Dick’s arrest he was on his way to Greenland. Even our most outrageous conspiracy theories couldn’t find a connection between the snowy country and Nightwing.

Now let’s plug everything into our Wing-o-Meter, which has been updated with the latest state-of-the-art firmware! 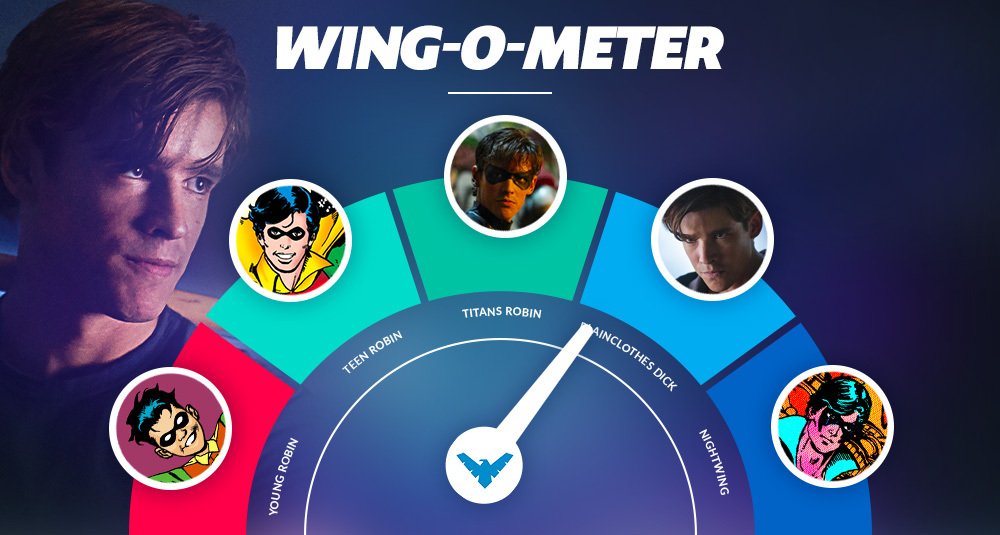 It looks like we’re landing at a 65 percent chance of Dick becoming Nightwing in the next episode, a 5 percent increase from last week. We thought Dick’s arrest would lower the Wing-o-Meter, but it’s clear that Dick is up to SOMETHING, and the end of his mysterious plan might involve Nightwing.

How will Dick Grayson deal with the big house? Will the jailbird enter his captivity a man, and leave as a Nightwing? Catch the next episode of DC Universe’s Titans this Friday, November 8th, to find out!

When do you think Dick Grayson will become Nightwing? Let us know in our Community!