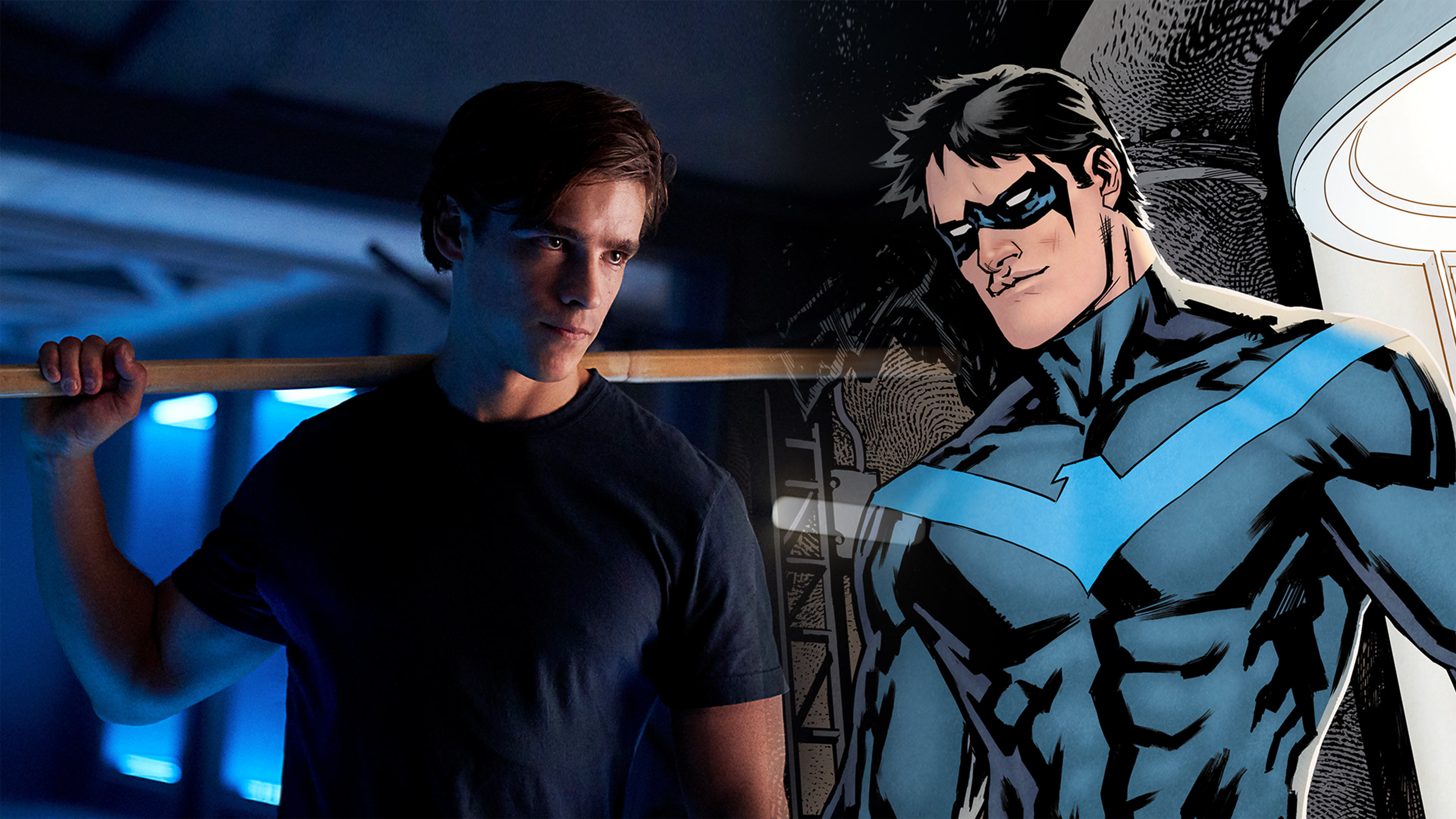 Nightwing is getting closer, but how close is he? Welcome back to Night Watch, our weekly column where we speculate on when Dick Grayson will don the Nightwing costume on DC Universe’s Titans. The anticipation has been building each week, and in our most recent episode things seemed to be hitting critical mass! Let’s look at the evidence.

* We have two episodes to go, and he has to become Nightwing sometime. Donning the suit for the first time would be a great cliffhanger for the penultimate episode, and an awesome way to generate excitement for the season finale.

* During his prison hallucination, Bruce told Dick “It’s time to grow up. Not Robin anymore. Stronger, faster – like a bird of prey.” Remember, this is all happening in Dick’s head, which means he’s actually saying this to himself. He’s giving himself positive affirmation to become Nightwing!

* In case Bruce’s message was too subtle, we see the shadow of wings (almost like a Nightwing logo) on the prison floor against Dick’s silhouette. The series is practically telegraphing Nightwing’s arrival to us!

* Dick is out of jail, but he’s still a fugitive. It would probably be a great idea to take care of any outstanding arrest warrants before donning a Nightwing suit. How awkward would it be if Nightwing handed Deathstroke over to Commissioner Gordon, only for him to cuff Dick as well? Awkward!

* Speaking of suits, Dick still doesn’t have one yet. I’m really looking forward to Nightwing, but I’m patient enough that I can wait for him to get something other than a prison jumpsuit. In the “Nightwing: Year One” storyline Jason Todd delivered the costume to Dick as a special gift from Alfred. Jason is too busy breaking into random mansions and singing West Side Story to his bae Rose to act as a Nightwing costume delivery service.

And now let’s plug all this data into our trusty Wing-o-Meter, which now has new processors, it’s own Wi-Fi antenna, and built in coffee maker! 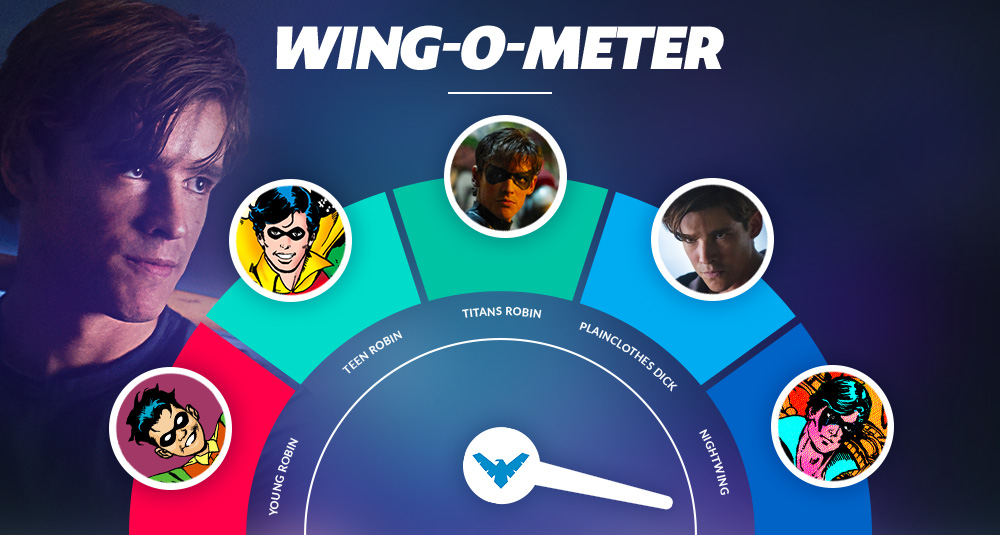 We’re at 90 percent, a 5 percent increase from last week, and our highest number yet! Bruce’s advice to Dick and the bird shadow have brought the Wing-o-Meter to critical mass, and it’s time to brace ourselves for Nightwing!

The next episode, entitled “Faux Hawk,” streams on Friday, November 22nd and this could be the big one. Dick is out of jail, and Bruce’s advice is ringing in his ears. Will our Wing-o-Meter hit the jackpot? Let’s tune in and find out!

What are your Nightwing predictions? Let us know on our Community!