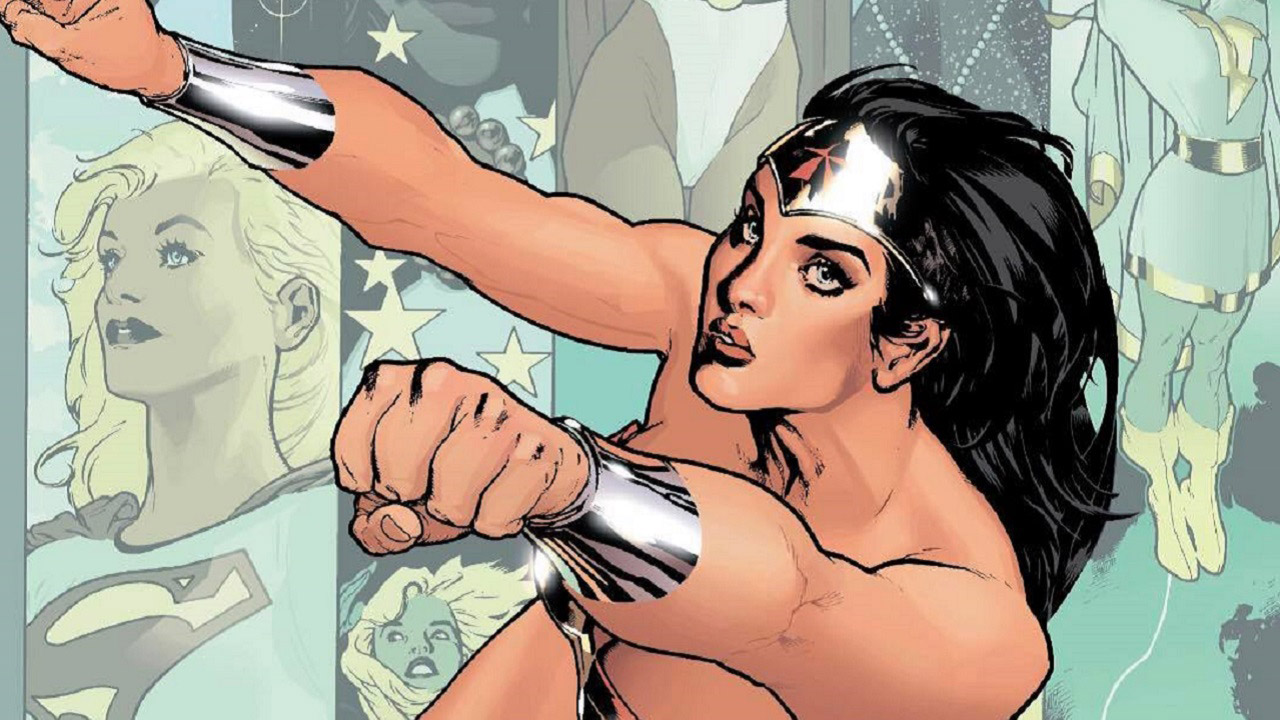 The future is female. And the DC Universe has always been a bit ahead of its time. So if you’re in the mood for stories of hope, perseverance, and inspiration featuring your favorite DC heroines, look no further than our comics library. From Lois Lane to Jessica Cruz, DC has a strong legacy of mighty women. Here are 5 of their most empowering stories. 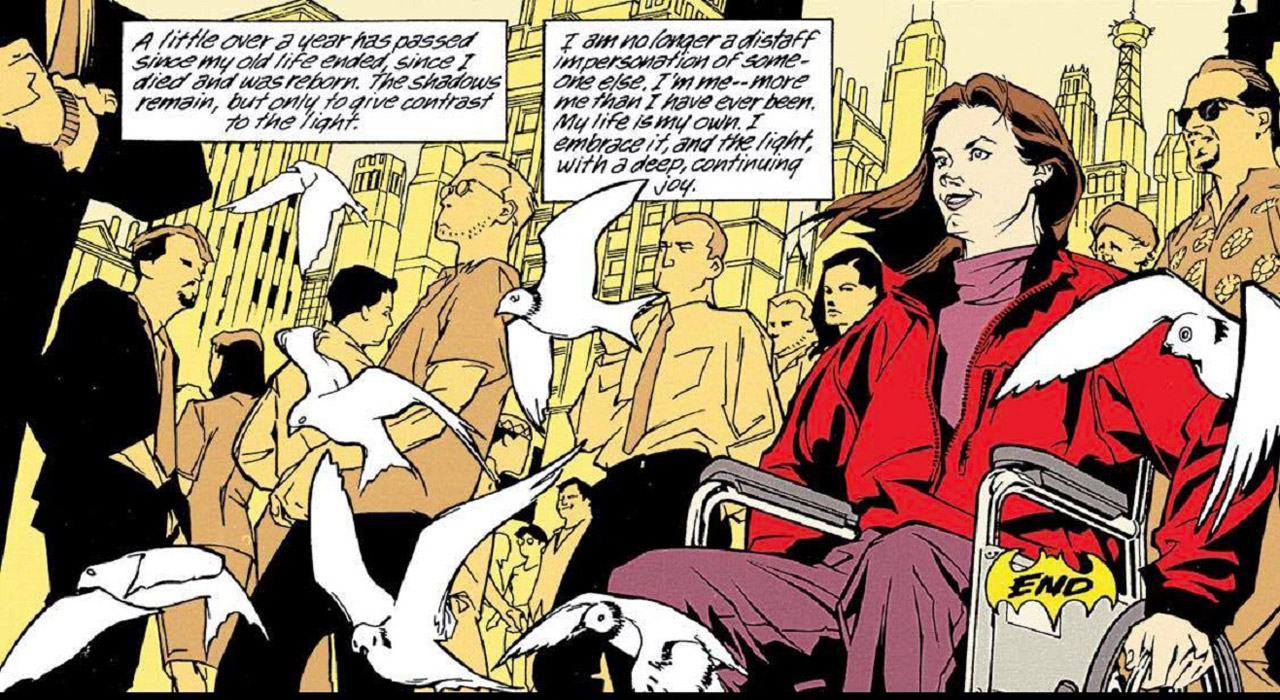 The Story: Barbara Gordon once soared over the rooftops of Gotham as Batgirl, but a bullet from the Joker left her confined to a wheelchair. With her former life seemingly gone forever, Barbara searches for a new path forward. Her days as Batgirl may be over, but a new persona will rise from the ashes of her tragedy.

Where To Read It: The Batman Chronicles #5

Why It’s Inspiring: "Oracle: Year One" is a story of hope and perseverance. After her attack at the hands of the Joker, it’s hard for Barbara Gordon not to see herself as a victim, but she doesn’t let despair control her. This is a comeback story that will pull at your heart strings, as Barbara retakes her life, proving that she’s one of the strongest characters in the DC Universe. 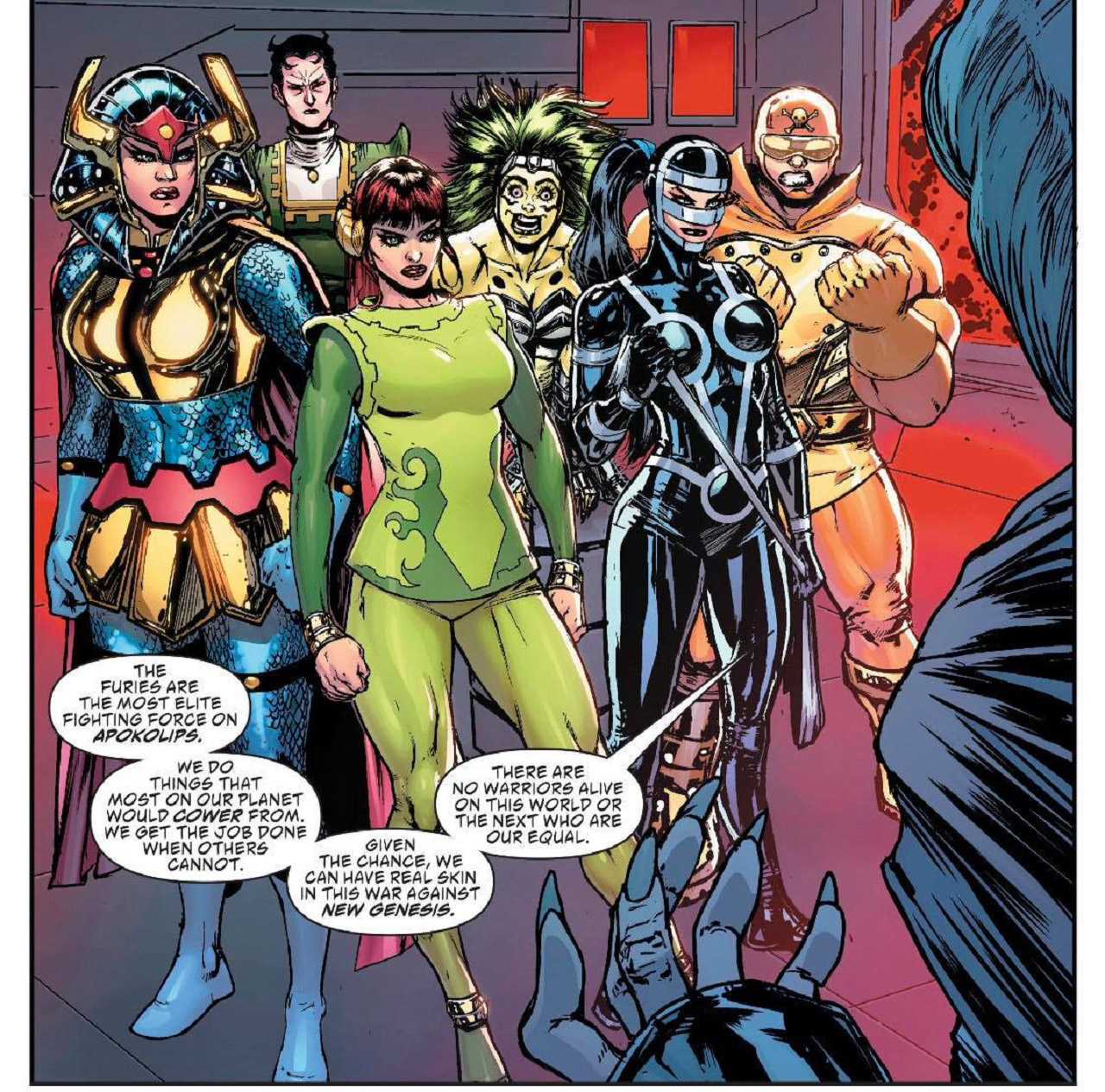 The Story: The Female Furies are the mightiest warriors on Apokolips. Led by the ruthless Granny Goodness, they’re the best fighters in Darkseid’s army, yet they’re treated as second-class citizens due to their gender. Tired of being overlooked, Granny and her Furies decide it’s time to take matters into their own hands, and prove to Apokolips that the future is female!

Why It’s Inspiring: This unforgettable limited series will change the way you look at Jack Kirby’s Fourth World characters. It turns out that fighting the patriarchy isn’t just an Earth problem, and you’ll find yourself cheering as the Female Furies take the feminist revolution to Apokolips. If you stan a strong female character, then this story will capture your heart before you finish the first act.

A DAY IN THE LIFE 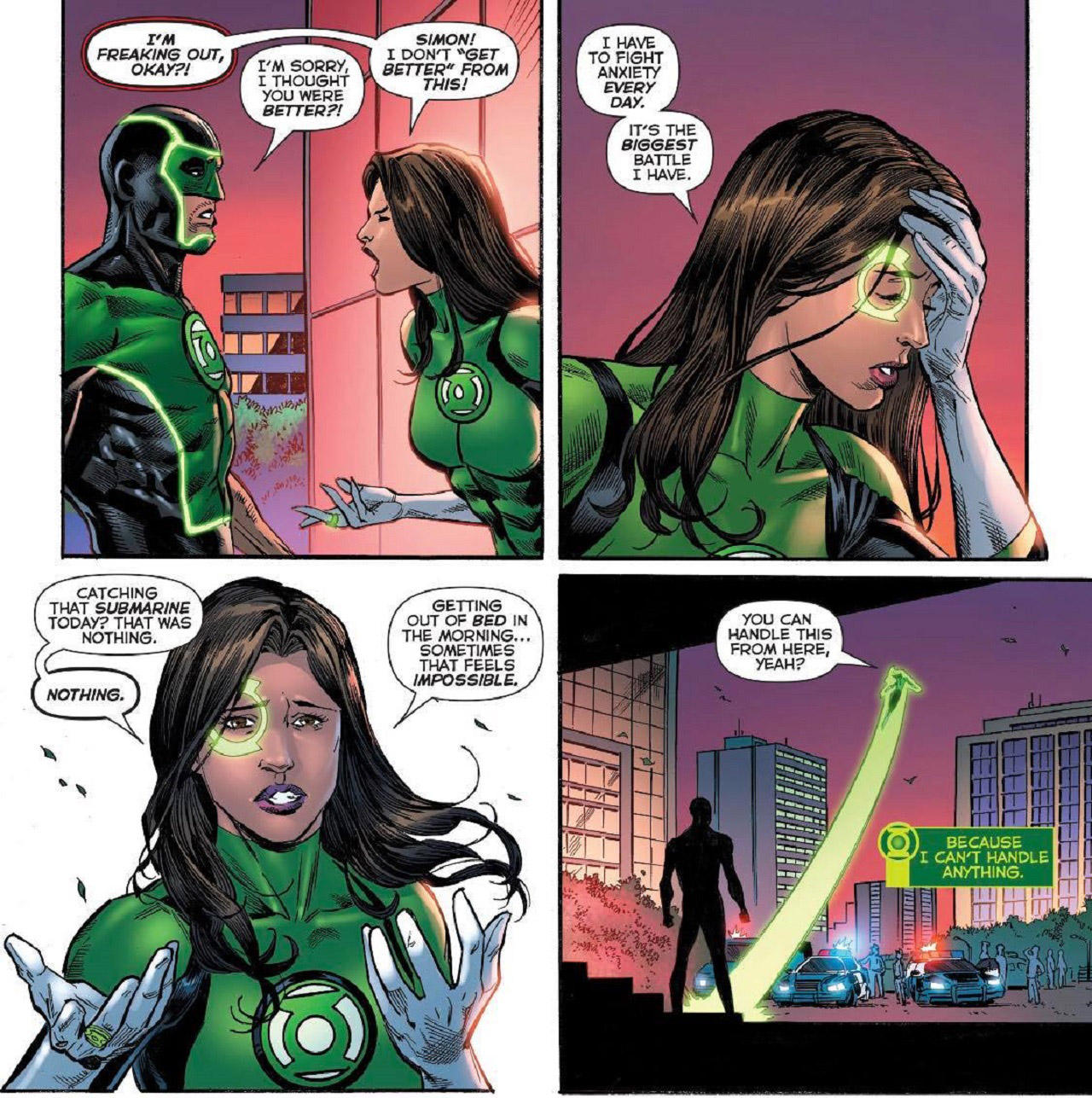 The Story: As a Green Lantern, Jessica Cruz has fought cosmic threats, so why is getting out of bed in the morning such a struggle? For Jessica, depression and anxiety are more threatening than Darkseid. Step inside her head, as she fights a hidden battle inside her mind.

Where To Read It: Green Lanterns #15

Why It’s Inspiring: Most people can’t relate to fighting space aliens or soaring through the galaxy, but many of us know what it’s like to overcome psychological hardships. Jessica Cruz has the deck stacked against her, as she struggles to overcome crippling mental health issues, but she never stops fighting. There’s a reason this inspirational story was named one of the top 5 underrated comics of the last decade. 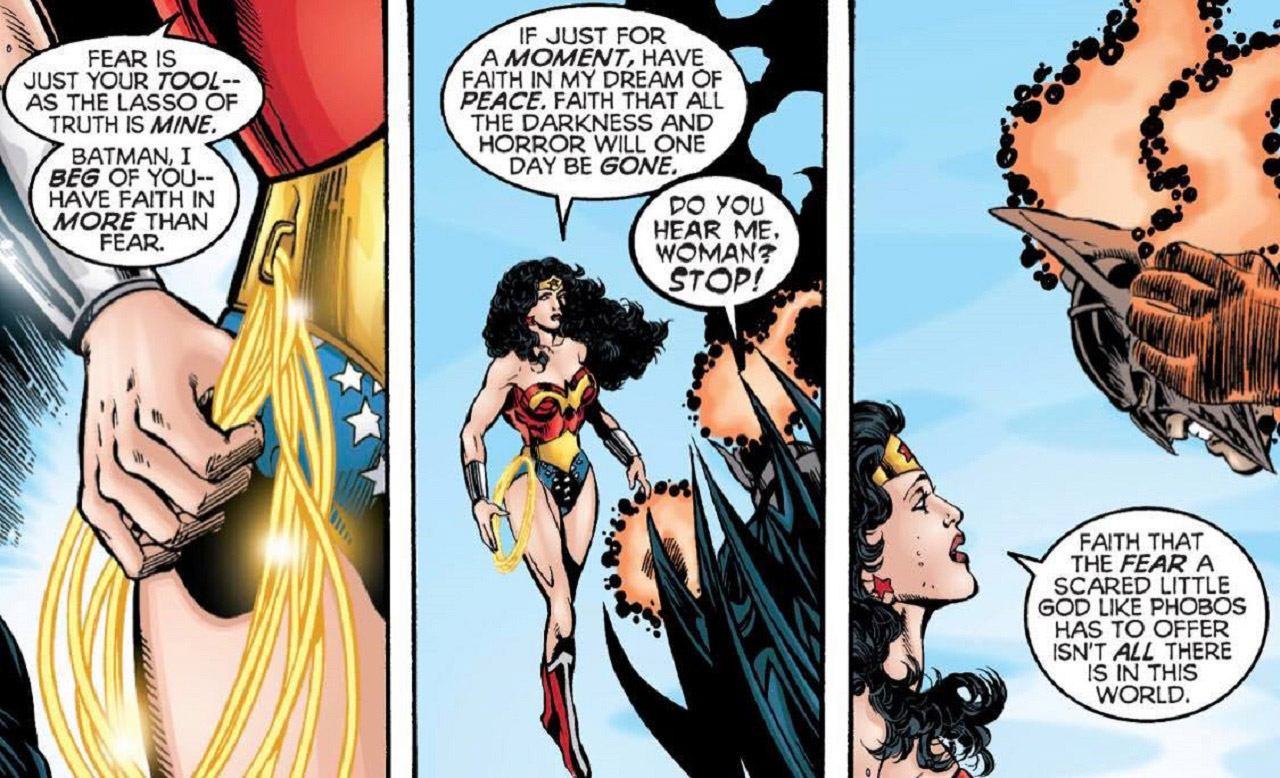 The Story: Ares sets his sights on Gotham and has his offspring take control of Batman’s greatest enemies. Wonder Woman helps the Bat family fight them off, but the situation takes a turn for the worse when the Dark Knight is put under the God of War’s control.

Why It’s Inspiring: We’ve always known Diana is one of the greatest warriors in the DC Universe, but you’ve never seen anything like her confrontation with Batman in this story’s final chapter. Wonder Woman is able to resolve the conflict without using her lasso, and without drawing any blood. Just when it looks like Ares has the upper hand, Wonder Woman uses strength and diplomacy to save the Dark Knight, and end the conflict in Gotham.

WHEN IT RAINS, GOD IS CRYING 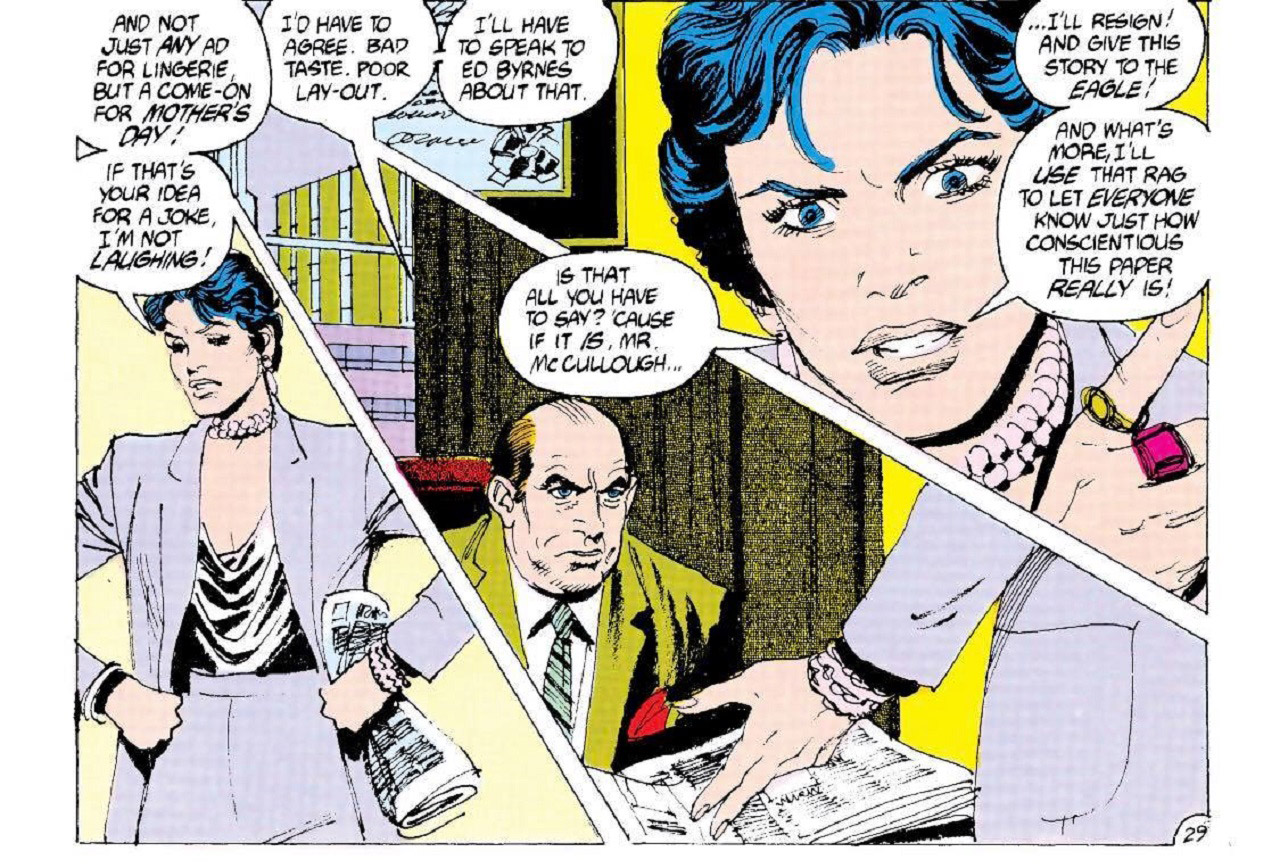 The Story: For Lois Lane, nothing is more important than getting her story, but she never counted on getting so emotionally invested. When Lois uncovers a child abduction ring, she puts everything she has into exposing the horrors around her, and recovering the missing children.

Why It’s Inspiring: This overlooked limited series gets to the heart of who Lois Lane is, and her never-ending quest to find the truth. The Man of Steel is largely absent from this story, proving that Lois can kick butt all by herself. As a bonus, this limited series was written by Mindy Newell, who broke new ground for female writers in the comic-book industry.

Which DC females inspire you? Let us know in our Community!