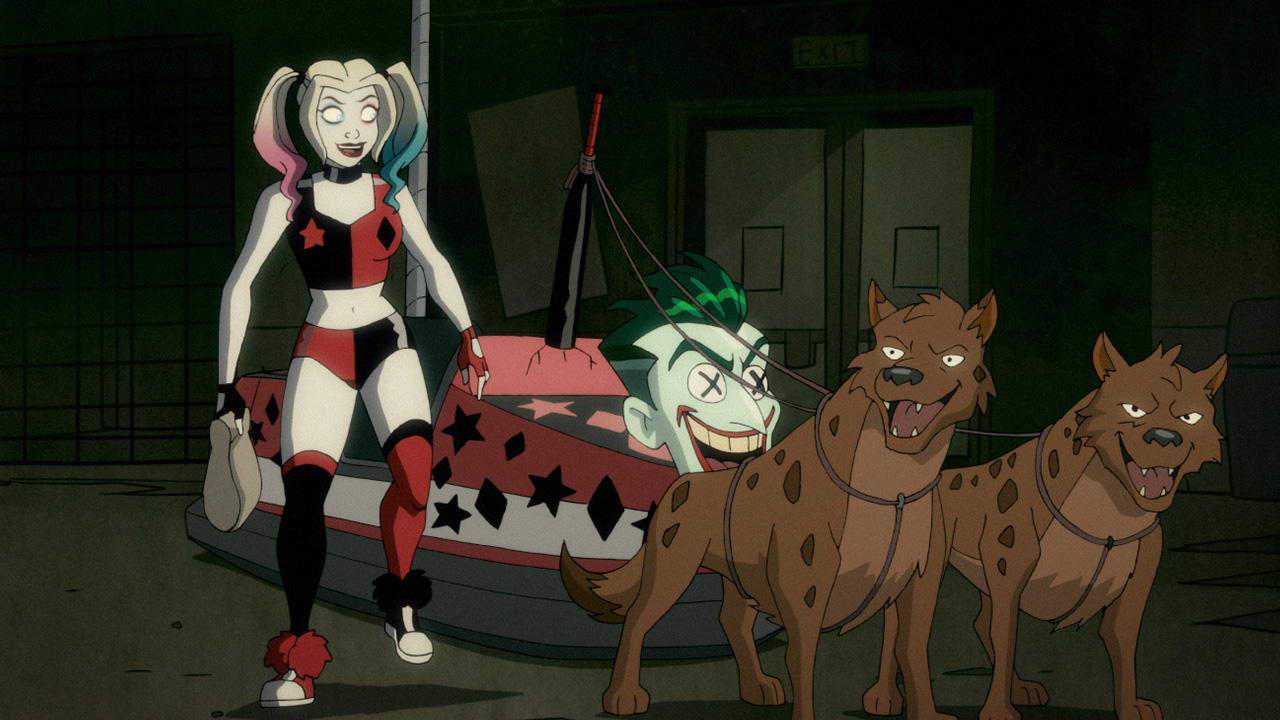 Get ready everyone, Harley Quinn is back for a second season, and she’s ready to tear everything down! The Lady of Lunacy navigated the brave new world of Gotham in the season two premiere “New Gotham” and it didn’t take long for things to get f’d up! What did you expect, it’s Harley we’re talking about! 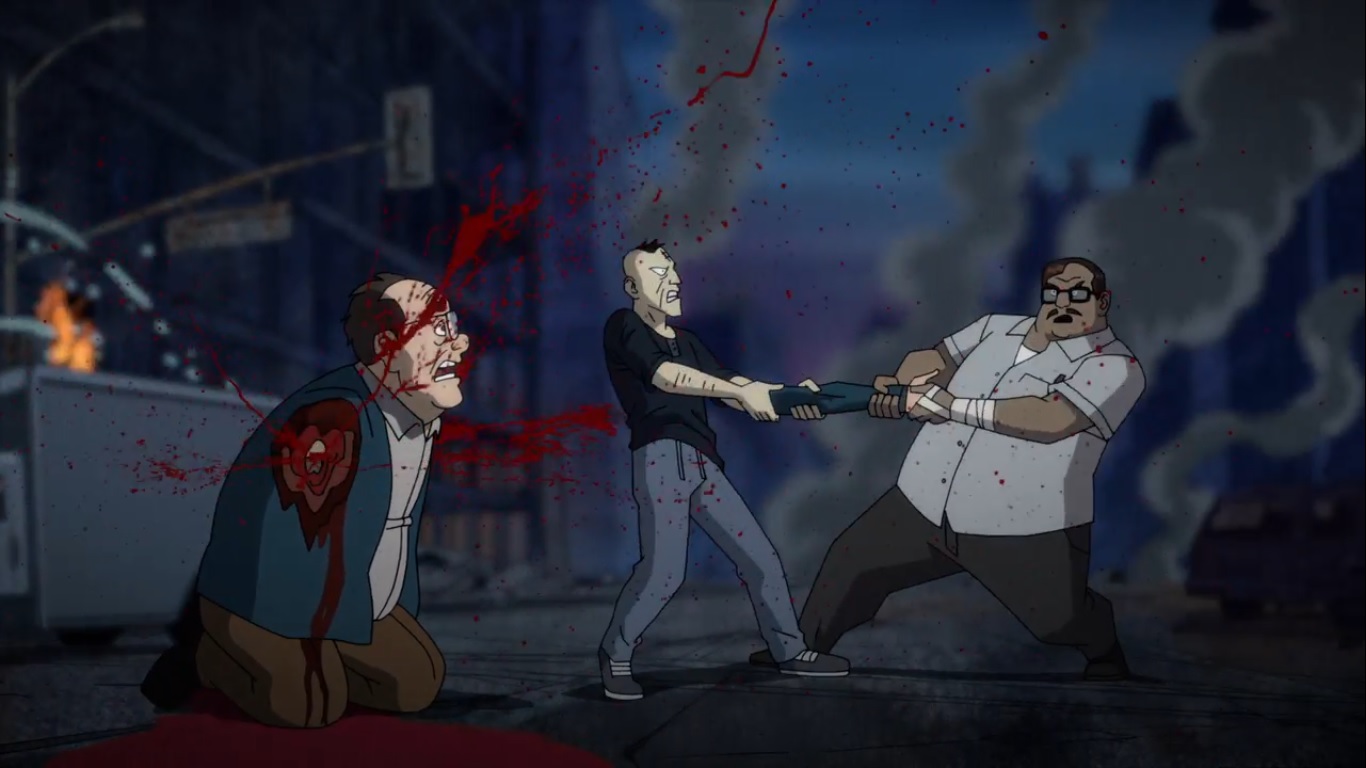 * If you ever thought that things were crazy in your town, this episode served as a stark reminder that things could always be worse. Gotham is a lawless No Man’s Land, and we’re here for it! There’s chaos in the streets, and people are literally arm-wrestling over a dismembered arm. What are they planning on doing with it afterwards? It doesn’t matter, it’s all about the chaos!

* How many times did you rewind the scene where Damian told Gordon he’s the new Batman? That sweet potato pie can’t even deflect a thick plastic alcohol bottle, so we’re not sure how well he’d fare in No Man’s Land. Stay in your lane Robin, while it’s adorable that you’re trying, you’re clearly out of your depth.

* Did Harley kill the Penguin? Did that just happen? We saw her bite off the crimelord’s nose, and then slash his throat, but we have a hard time believing it happened. The Penguin is an important character to Batman’s canon, can they even get away with this!? It’s almost as if the series is saying “Screw canon and buckle up, because anything can happen!” 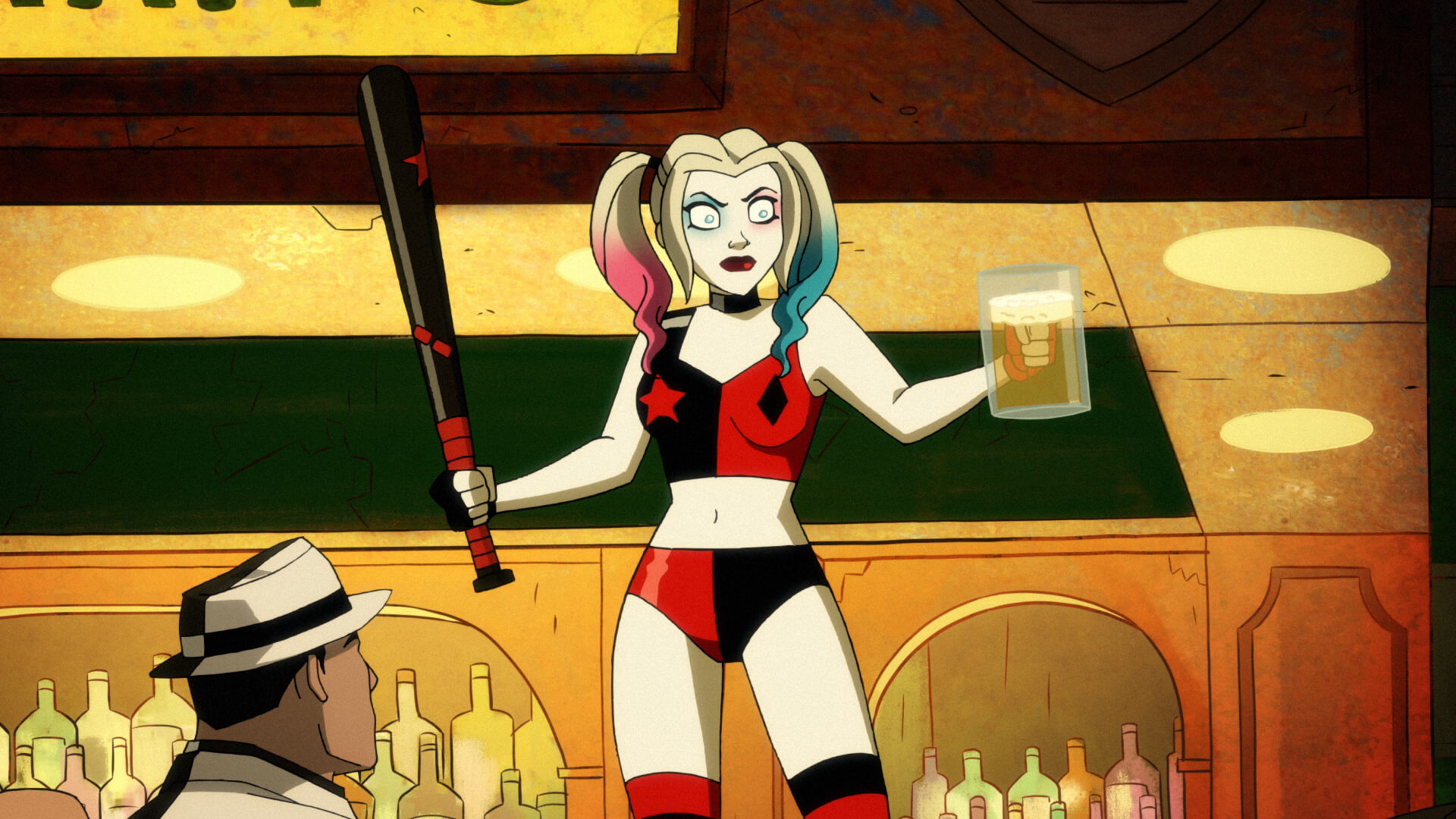 Last season we learned that Harley and her crew loved their F-bombs. In fact, season 1 contained a total of 116 F-bombs, and season 2 is wasting no time catching up! Harley’s first line of the episode was an F-bomb, and we couldn’t think of a better way for the Lady of Lunacy to kick off the season. 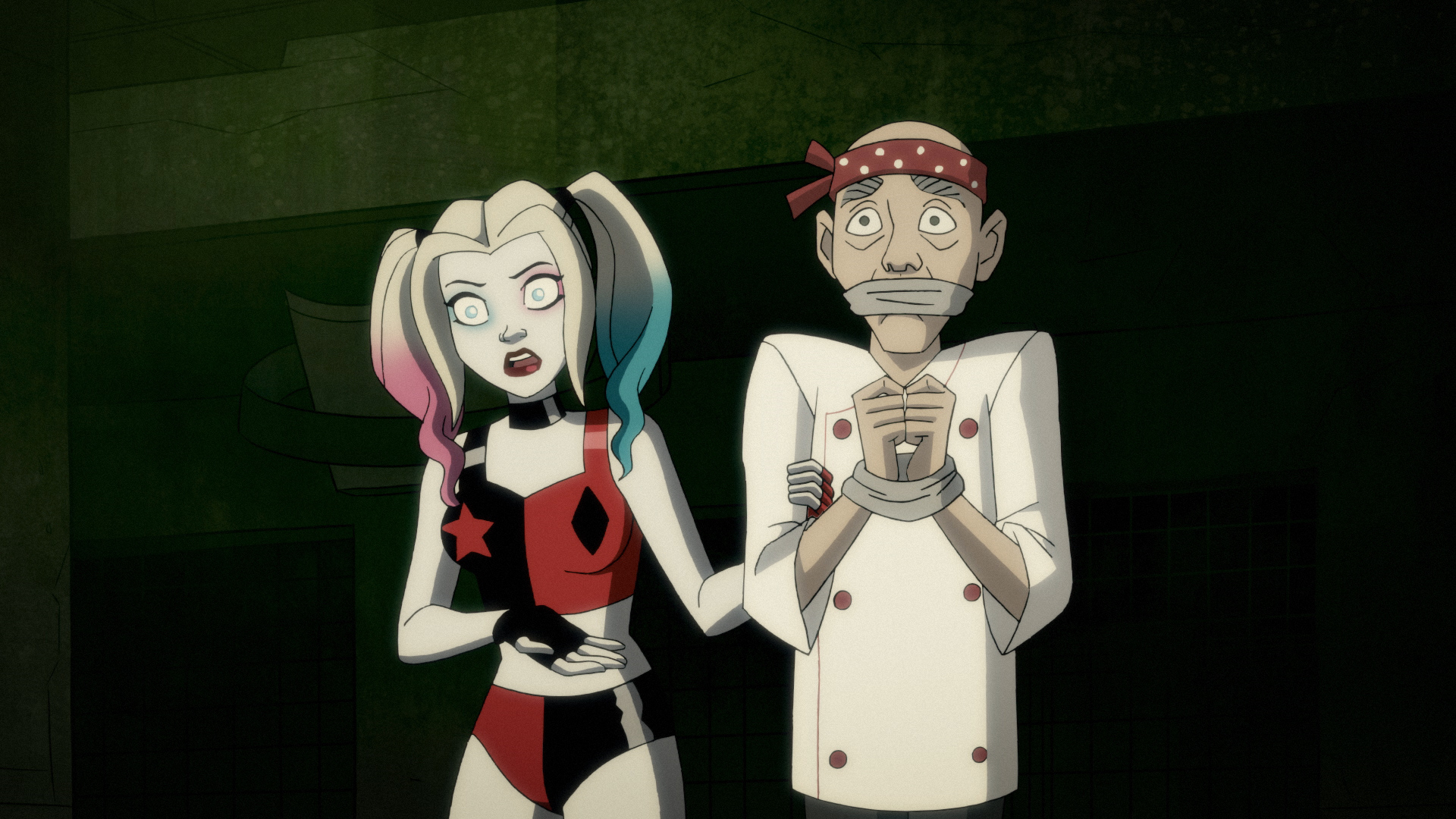 Like our buddy Sy said, Gotham is chaos baby! This episode had a body count of 15 people, including the 9 Iceberg Lounge goons that Harley and her crew pulverized as they were trying to escape Penguin! It’s hard to believe, but we have to count Penguin among the dead! It looks like Harley is playing for keeps this season, and nobody is safe! 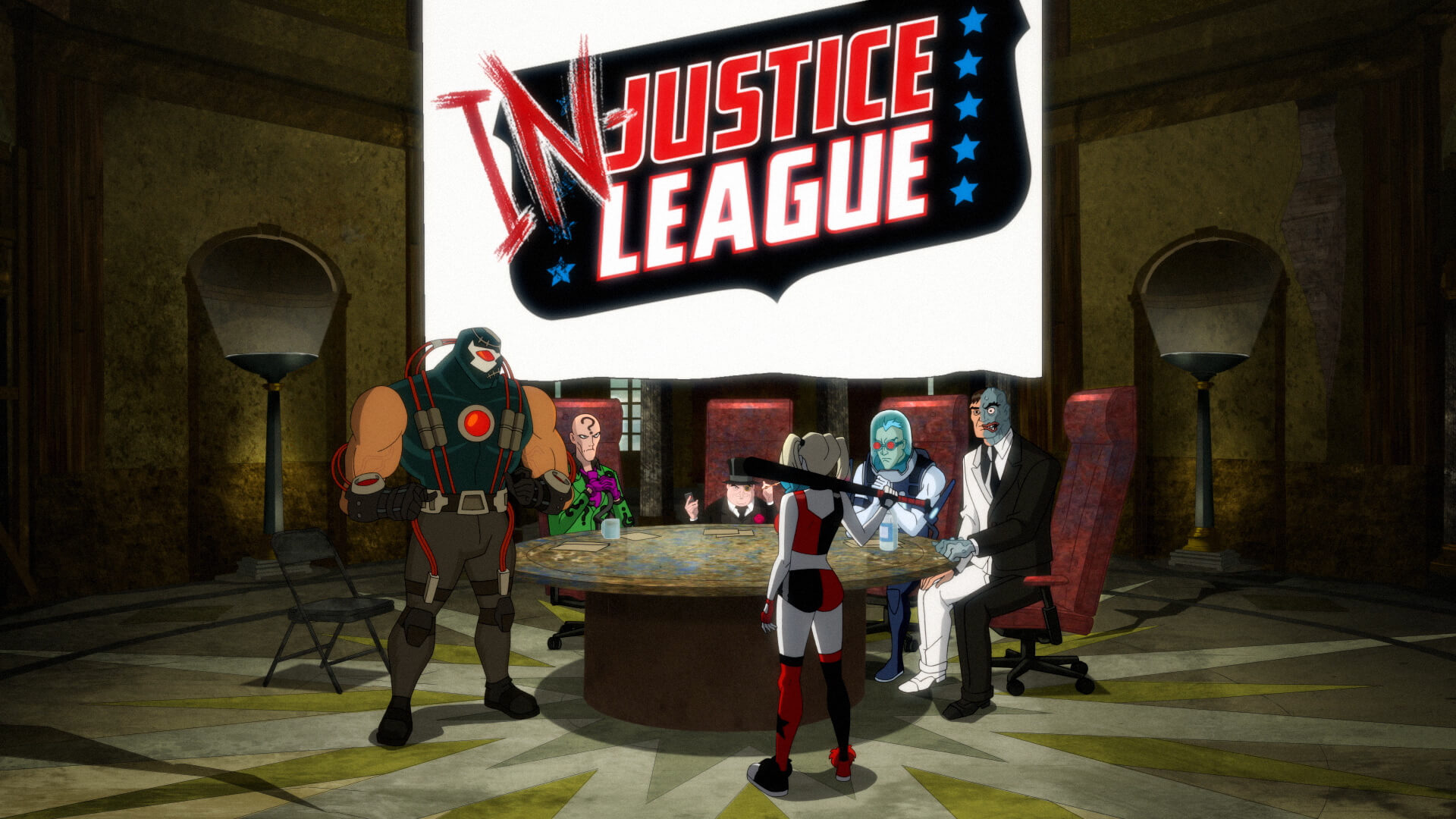 The premise of this episode is largely based off of No Man’s Land, a mega-crossover that ran through all the Batman titles in 1999. In fact, the color-coded territory map was a regular feature of the storyline, keeping readers up to date with Gotham’s power struggle.

Harley Quinn biting off the Penguin’s nose was a gory tribute to the 1992 film Batman Returns, where Oswald did the same thing to a political consultant. It’s been 28 years, but Josh’s nose has finally been avenged. 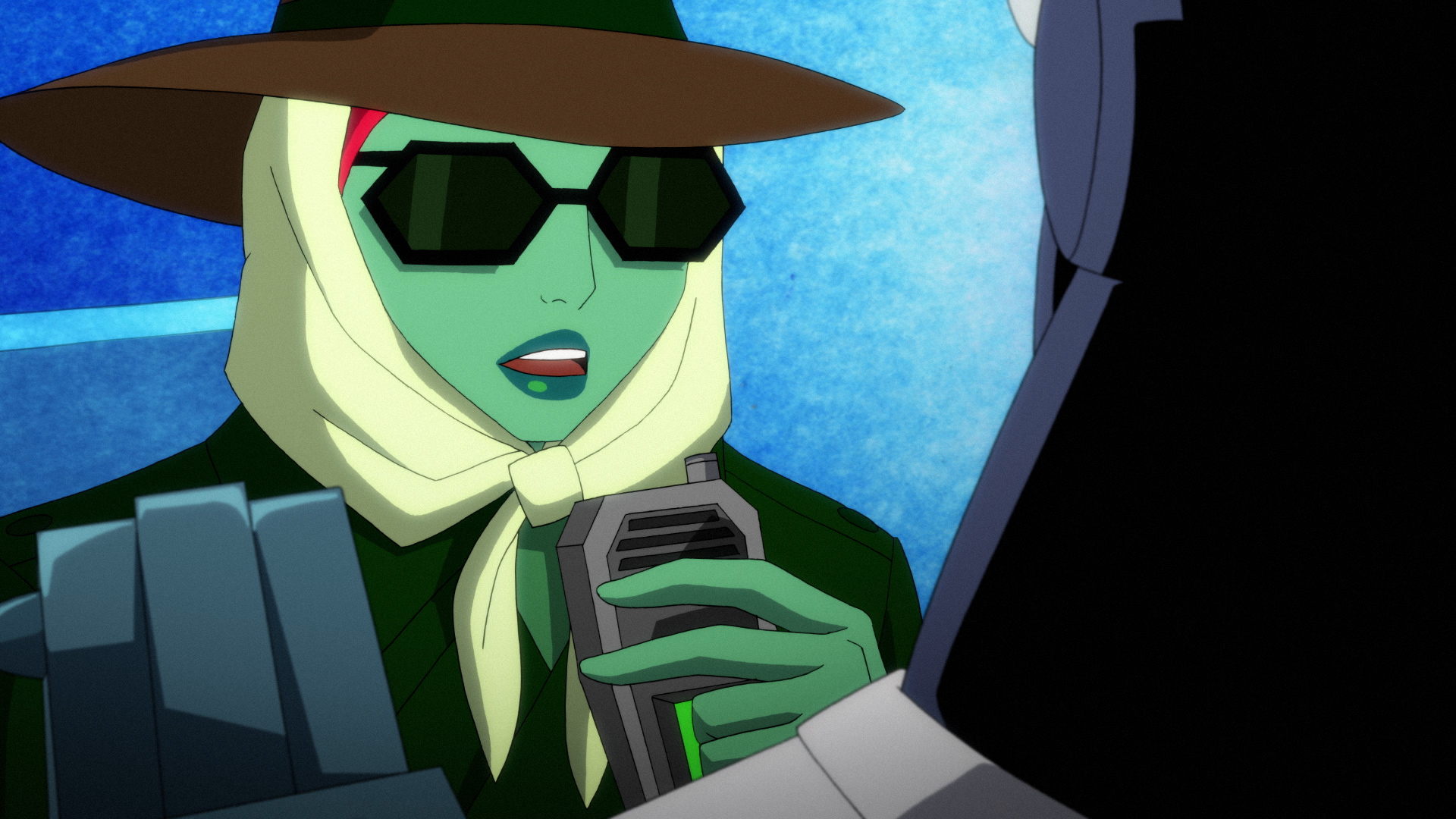 * Most Pitiful Award: Jim Gordon. He faced some stiff competition from Bane, but being dumped by his wife pushed Jimbo to the finish line.

* Not Cool Award: Two-Face. He shot the cops below their belts! We know this is No Man’s Land, but we can’t give up all the rules of society!

Wasn’t that some f’d up s**t? Join us this Friday, because Harley and Ivy are enrolling in college, and they’ve never met a dean quite like the Riddler!

What was the most f’d up moment of the Harley Quinn season 2 premiere? Let us know in our Community!