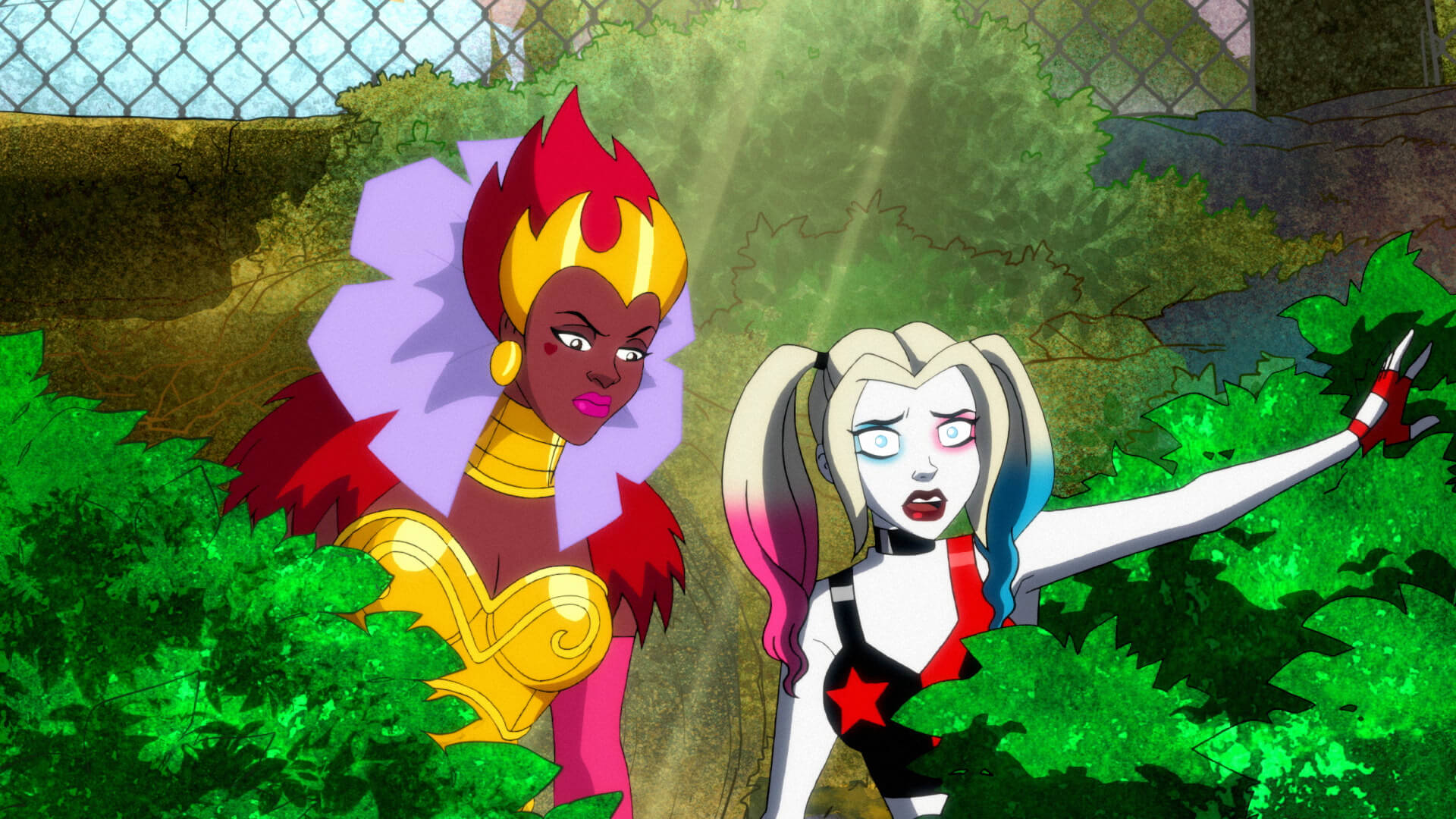 The Most F’d Up Moments in HARLEY QUINN Episode 7: “The Line”

Once upon a time there was a girl named Harley who went on a F’d up adventure. “The Line," the latest episode of DC Universe’s Harley Quinn was no fairy tale and contained some pretty wicked moments. Here’s our breakdown... 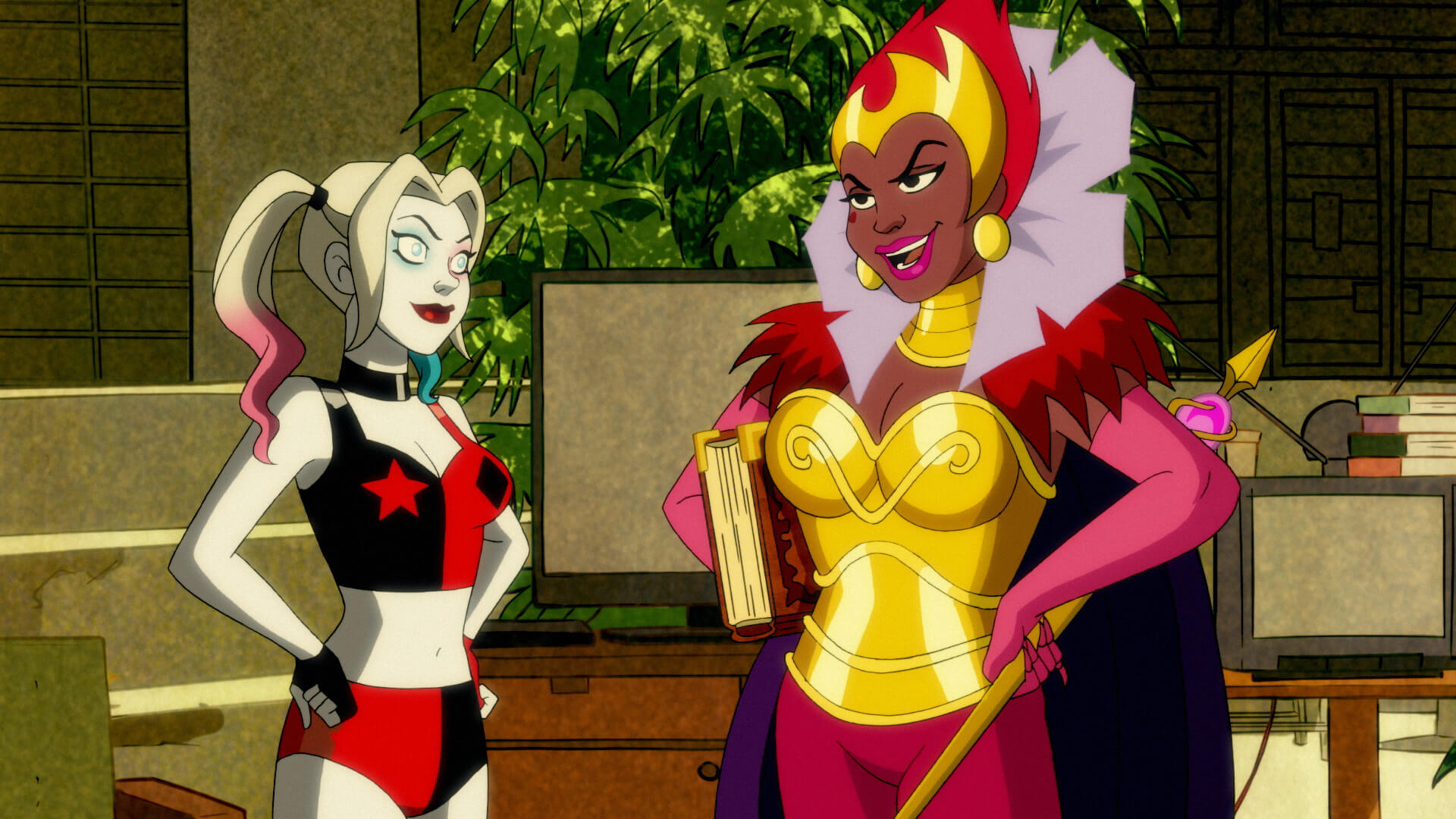 *Most of the F’d up moments come courtesy of the Queen of Fables, who was considered too violent by Harley’s standards. That says something, since Harley’s last boyfriend was the Joker.

*Poor Humpty Dumpty! The Queen of Fables brought him to life only to crack him open and boil his body. Did you see him struggling while she placed him on the burner and stirred his insides? He was alive the whole time and felt everything the Queen of Fables was doing to him. That’s messed up.

*The Queen of Fables slaughtering an entire family during their picnic was bad enough, but she used the empty sockets of one of the poor cousins as an ashtray. Was a trashcan that hard to find your highness?

*The 3 Little Pigs devouring the corpses was – unsettling. In fact, just about every fairy tale creature from the Book of Fables was a bit messed up. Aside from the carnage, that mouse ingested a LOT of nicotine! 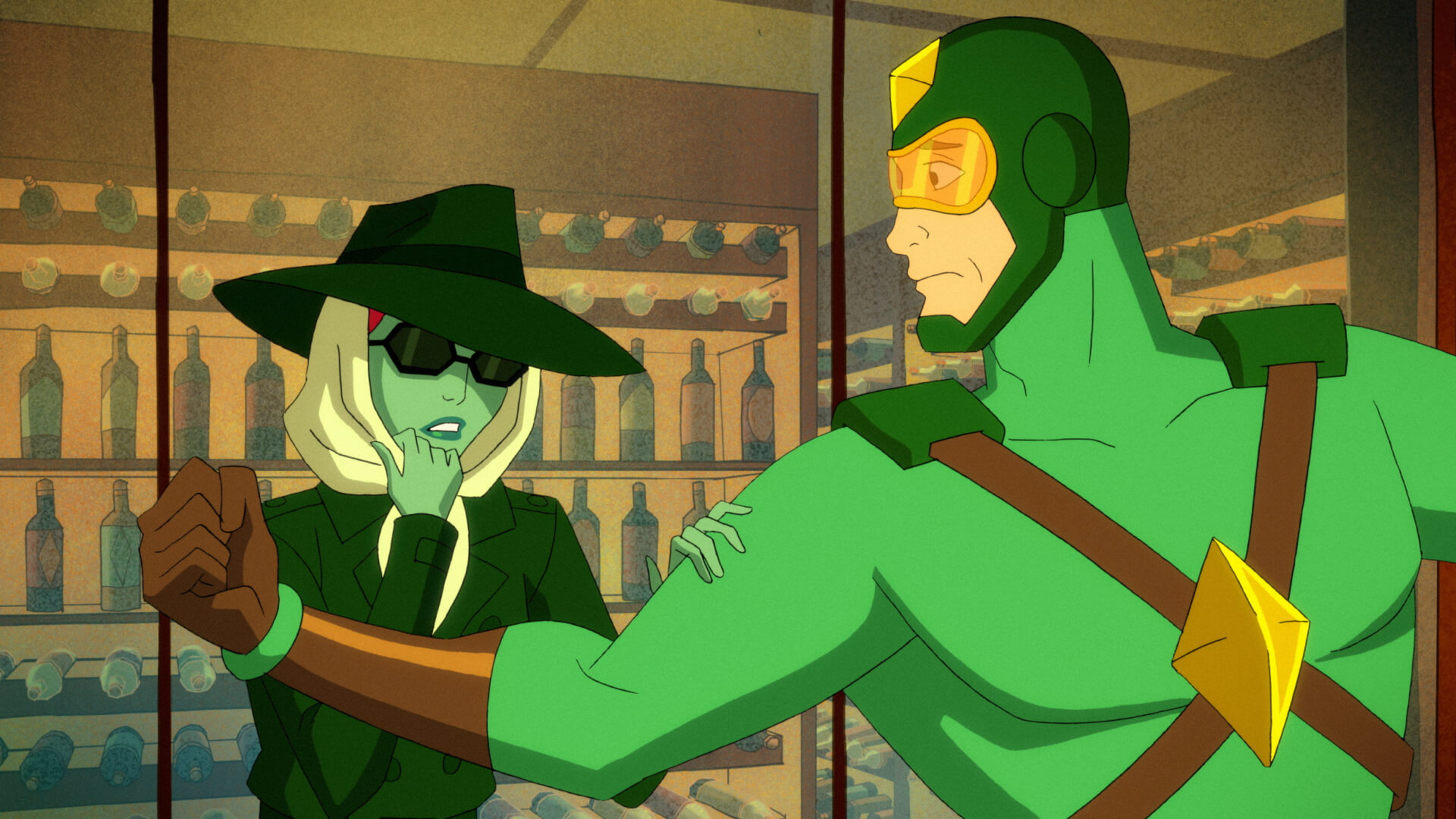 Harley and her crew continued to not give a flying F about the censors, and dropped 13 F Bombs this episode, bringing the series total to 76.

Harley now has a series total of 34, the Queen of Fables has 9, Dr. Psycho has 15, and Kite Man (hell yeah) has joined the F Bomb party with his first swear. Welcome aboard, Kite Man! 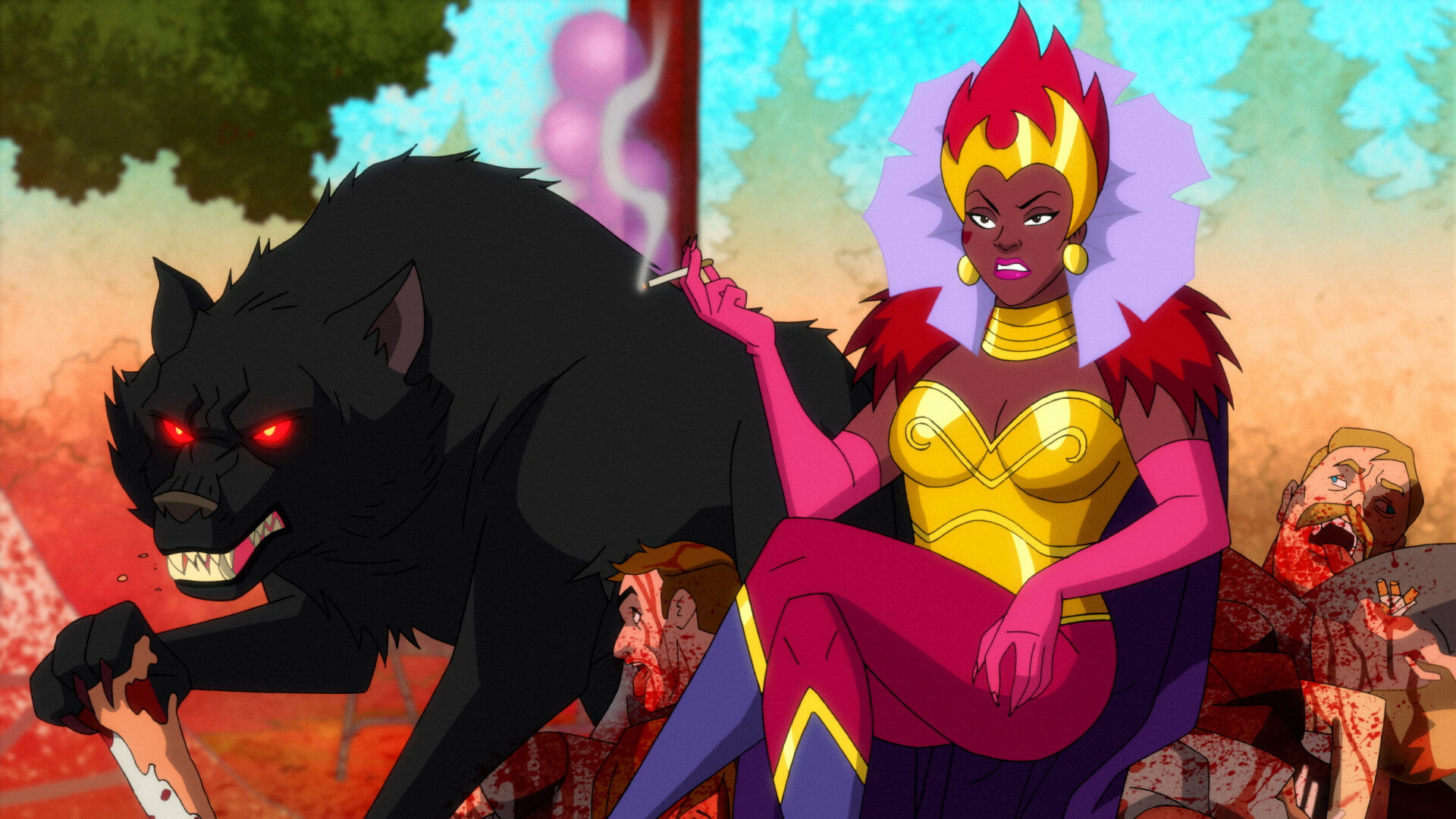 The Praxis family just wanted to have a nice picnic, but instead we got the biggest bloodbath the series has seen thus far. This episode had a body count of 29, beating the previous record of 25 set by the pilot. To put things in perspective, the entire body count for the series was 28 as of last week, meaning more people died in this episode than in all the other episodes COMBINED! Not only was the entire Praxis bloodline executed, but Cinderella’s chain-smoking mouse also met his end along with the Big Bad Wolf and Humpty Dumpty. This brings the series total body count to 57! 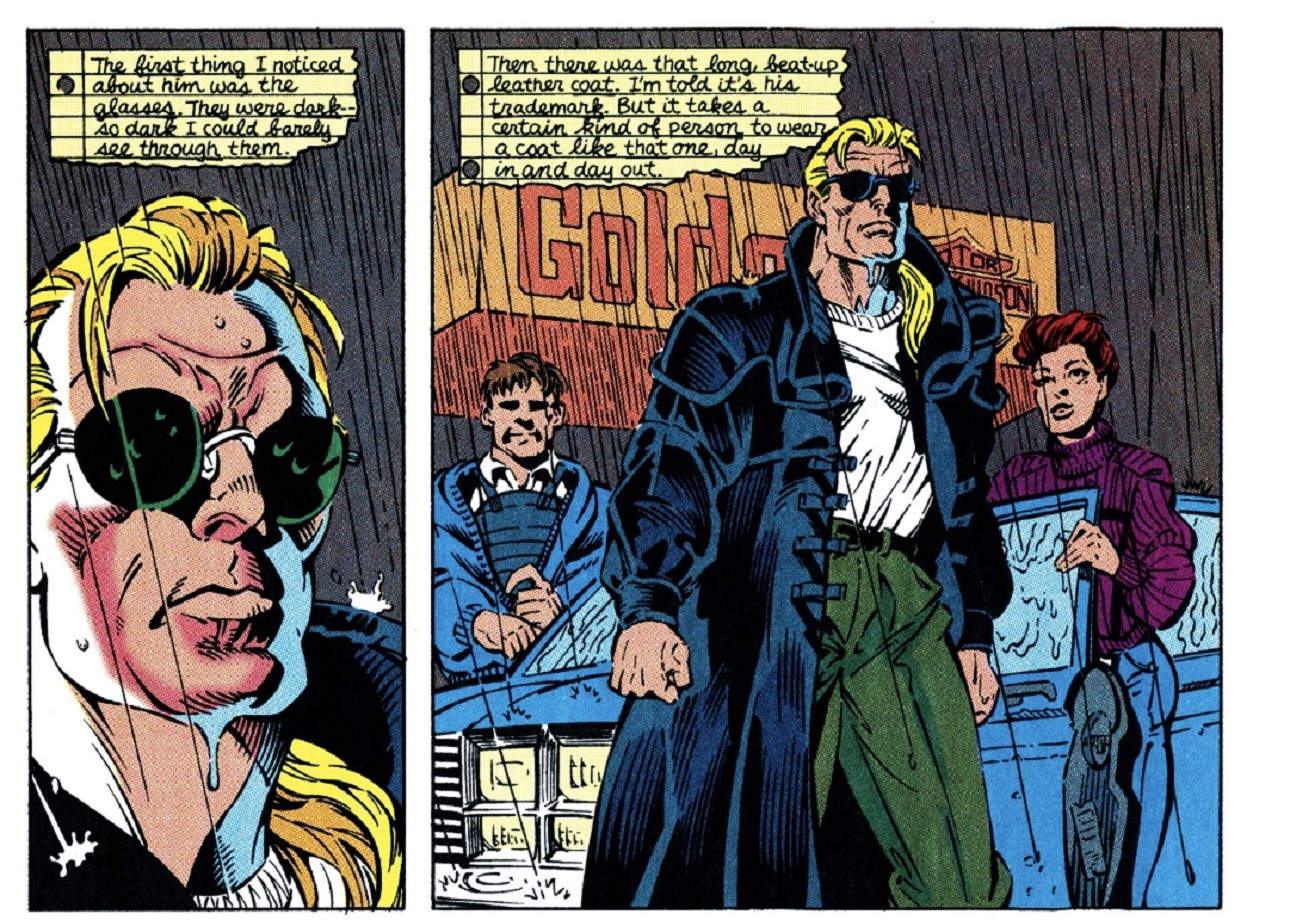 *We know what you’re all wondering, and yes – Jason Praxis was a real character. He first appeared in 1989’s Spectre #24, and he gained his telekinetic powers after an electrical being jumped inside his body to die. Ewww. The ponytail was also in the comics; but cut him some slack, it was the 1990s -- Dick Grayson and Clark Kent had ponytails too. To see Praxis in action, check out Justice League Quarterly #11-15.

*Harley name checks Ace Chemicals, an iconic landmark in Gotham. It’s best known for being the birthplace of the Joker, after the Clown Prince fell into a chemical vat. The place was originally known as the Monarch Playing Card Company until 1988's The Killing Joke saw it renamed Ace Chemicals.

*The restaurant that Kite Man took Ivy to on their date was called “Martha’s Bruce.” We’re….not quite sure why they said that name.

That’s the end of this F’d up adventure! Join us this Friday as Harley and her crew receive a special invitation from the Legion of Doom!

Was the Queen of Fables over the line this week? Let us know in our Community!