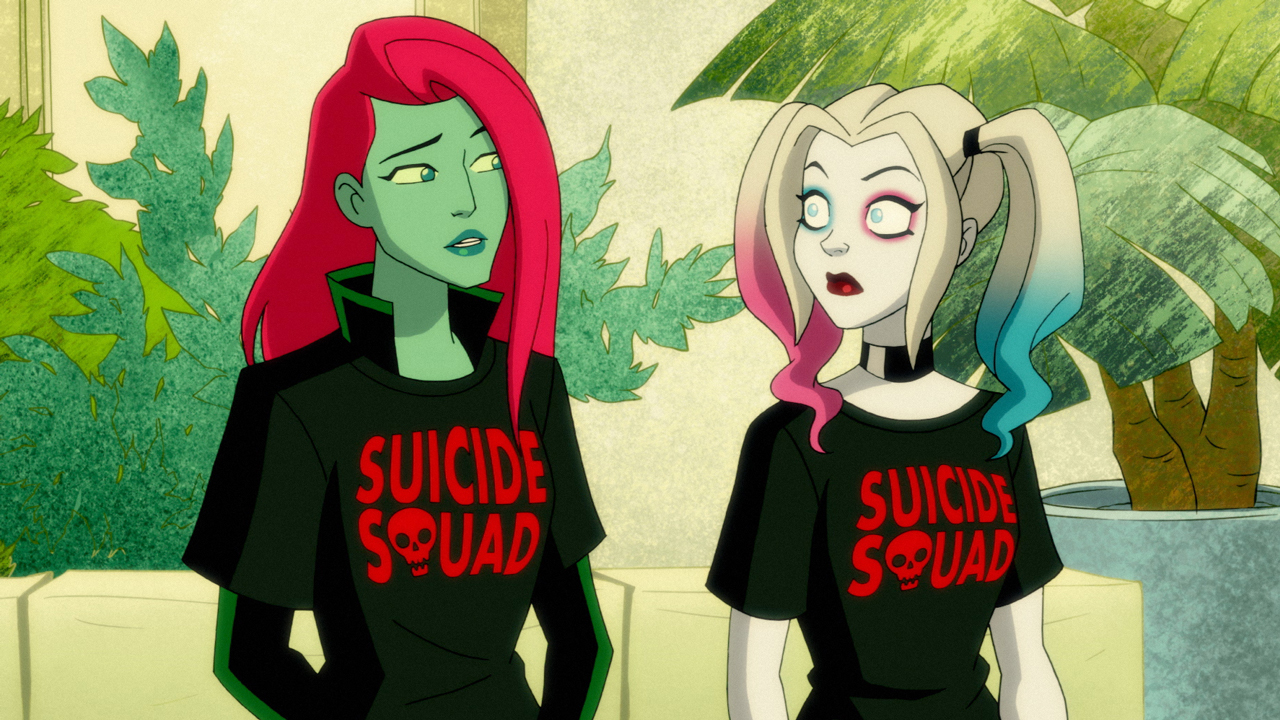 The Most F’d Up Moments in HARLEY QUINN Episode 5: “Being Harley Quinn”

The more we watch DC Universe’s Harley Quinn, the more F’d up each episode gets! The latest episode (“Being Harley Quinn”) featured a trip into Harley’s mind, where things took a turn for the bizarre. Let’s break it down…

It shouldn’t surprise anyone that Harley Quinn’s mind is a pretty F’d up place, but none of us were expecting the creepy killer children. Their dead eyes, sharp fangs, and relentless bloodlust were a special kind of crazy. With stuff like that in Harley’s head, is it any wonder she’s so looney?

Was anybody expecting Frankie Muniz to show up and save the day? We have to admit, that was a bit out of left field, but Harley’s mindscape is anything but predictable.

Golda and Sy seemed a little too eager to burn the bodies of Harley and her crew. After learning they were still alive, Golda remarked that it was Peru all over again. This raises an important question – what the hell did Sy and Golda do in Peru?!

Yikes, this episode had 19 F bombs, matching the record set by the pilot. This series now has a total of 49 F bombs, and we’re not even halfway through the first season!

Harley: 9 (4 of them from her graduation speech)

If you’re keeping score, Harley now has a series total of 28, Ivy has 19, and Dr. Psycho has 10. We guess they haven’t been using the thesaurus we got them for Christmas.

The series body count increased by 3 this episode, thanks to some grisly decapitations in Harley’s mindscapes. All 3 of the deaths were of child-sized Harleys, and although they may not be “real,” their deaths were brutal enough that we’re counting them. Some met their end by King Shark’s jaws, while one girl had her face stomped in after being decapitated by an elevator. (We’re not counting Air Bud among the casualties because his potential death was second-hand information, and Clayface was vague enough that we’re going to assume the sports-playing canine could have survived.) The total body count for the series is now 27.

The realtor mentions a series of tunnels dug by a villain called the Mole. There have been a few DC criminals with that name, but the realtor is most likely referring to the one in Blackhawk #114, since he used machinery to dig tunnels.

A photograph of one of Harley’s hyenas can be seen in the trip to Harley’s mindscape. Harley’s vicious babies have been her closest companions (next to Ivy) since Batman: The Animated Series. They’re named Bud and Lou after the comedic duo of Abbott and Costello.

The Suicide Squad is now actively recruiting Harley, alluding to the Lady of Lunacy’s role on the team in the mainstream DC Universe.

If you’re wondering why you haven’t seen an Air Bud movie in a while, it turns out Clayface ran over the original Golden Receiver during the filming of his last movie. That’s messed up, and we hope Air Bud sued Clayface for all he was worth!

If you look closely at the framed pictures in the Museum of Memories, you’ll see that most of them are framed screencaps from previous episodes.

We’ve learned a bit more about Harley’s backstory this episode, including her status as a valedictorian and that she spent some time in juvie for stalking Frankie Muniz. Life is unfair.

That’s it for this episode. Join us on Friday, January 3rd as we meet the newest BFF duo: Jim Gordon and Clayface’s hand!

What do you think was the most F’d up moment of this episode? Let us know in our Community!