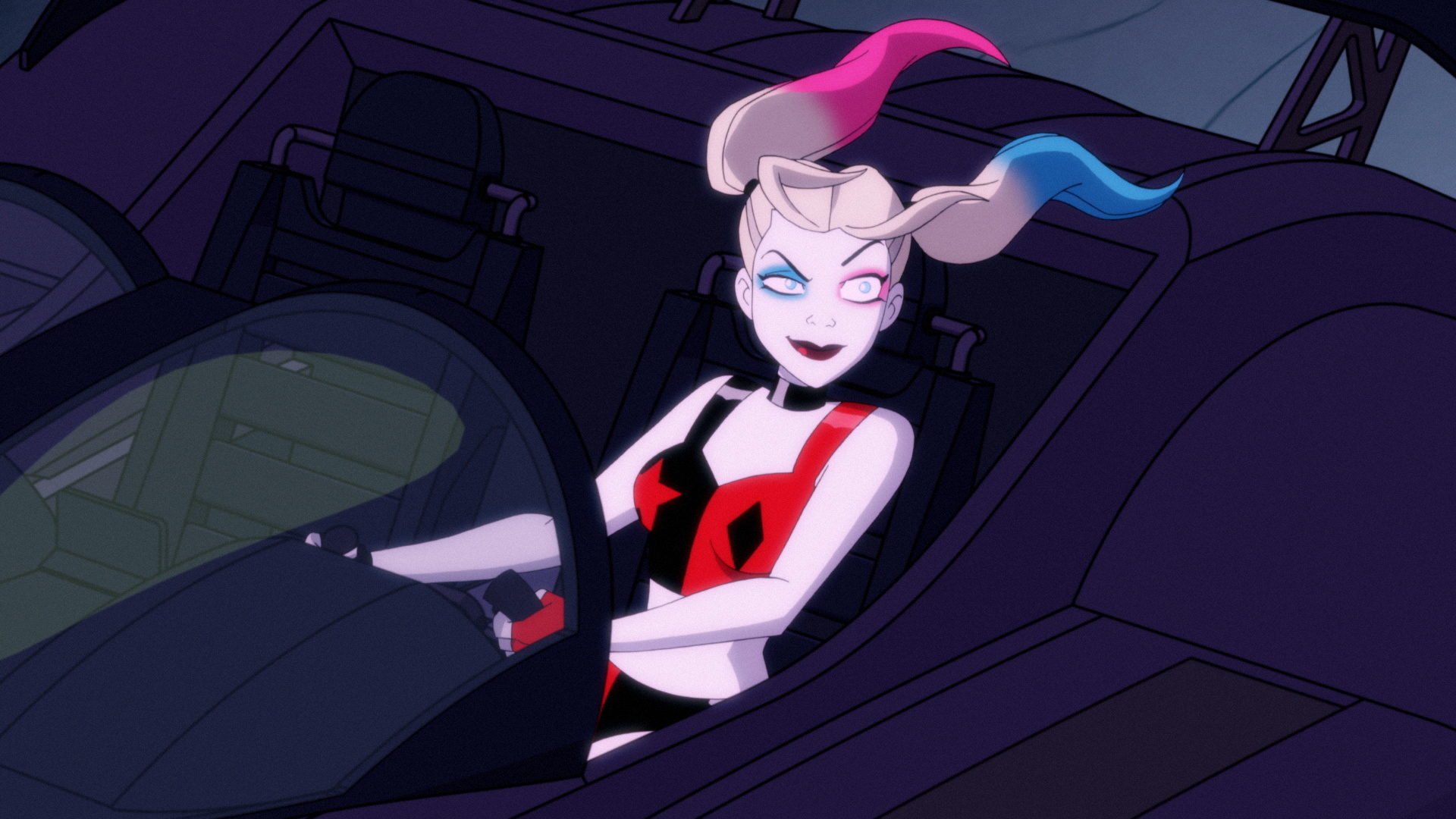 The Most F’d Up Moments in HARLEY QUINN Episode 4: “Finding Mr. Right”

Harley Quinn’s quest to join the Legion of Doom continues to lead to a series of F’d up events. The latest episode of Harley Quinn had the Lady of Lunacy gain a new crew member, an unwanted nemesis, and an unforgettable talk show appearance. Let’s break it down.. 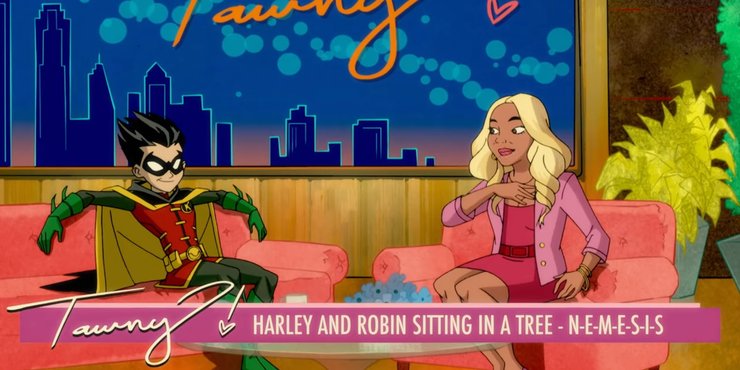 * Can we just say that whole episode of Tawny’s talk show was super F’d up, even by daytime TV standards? Is this a typical day for her show, because she and the audience both seemed unphased.

* By the way, if you’ve been reading about Damian Wayne for years, seeing him turn to the camera and say “I’m a Sweet Potato Pie” feels like a weird F’d up head trip.

* We also got brief shot of Aquaman sitting on the toilet, and is probably the only DC Universe production to do this. But maybe in Aquaman 2???

* This episode ended on a super F’d up note as Damian asked Batman when he would be allowed to have sex. Gotham’s Sweet Potato Pie should not be thinking about adult things like that! 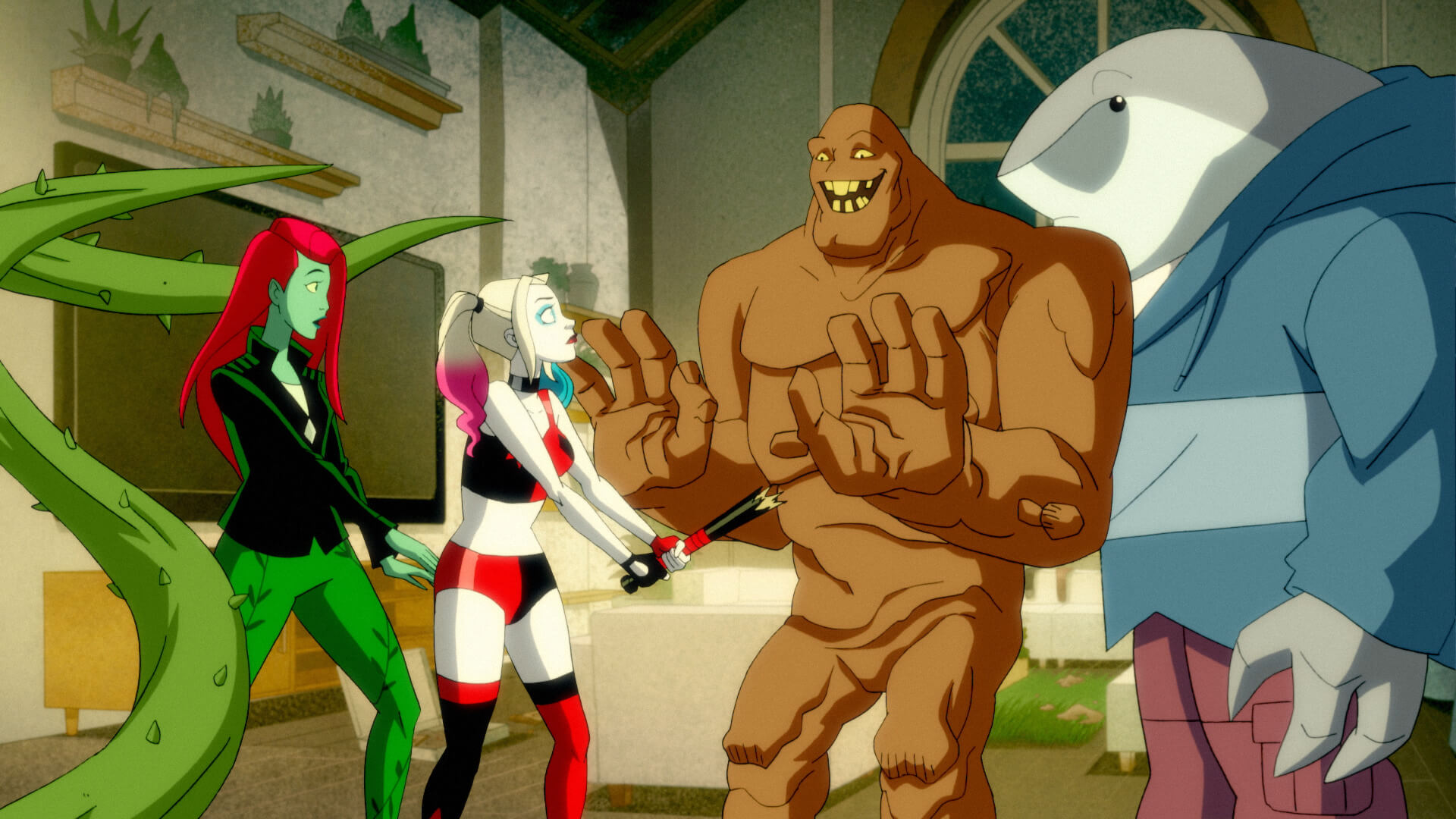 The gang is still cursing like sailors, giving this episode 6 F bombs, which brings the series total up to 49!

For those of you keeping score, Harley has a series total of 19, Ivy has 14, Dr. Psycho has 5, and Joker has 4. Robin has 0 because he’s a little Sweet Potato Pie. 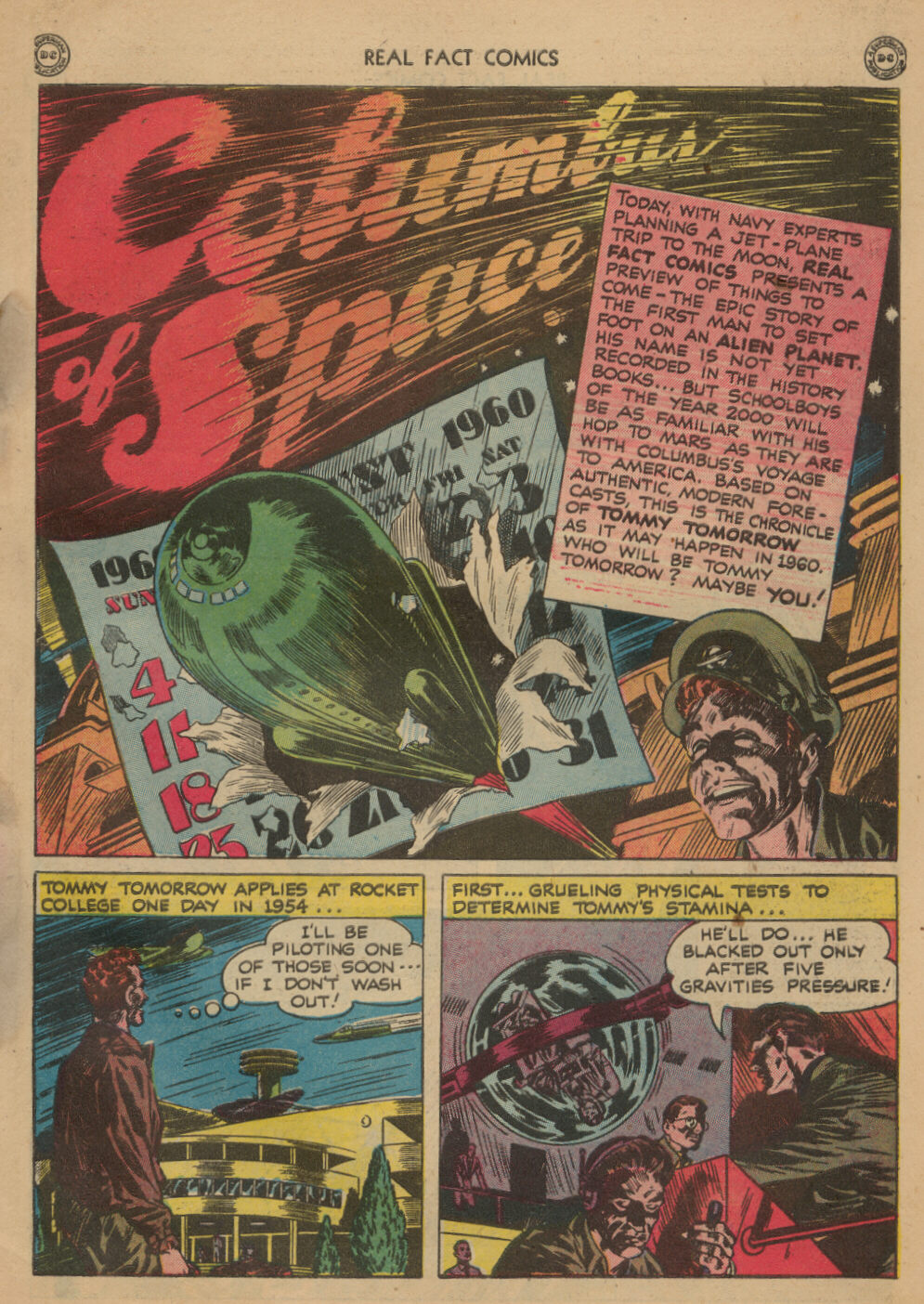 * Batman saves Robin from King Shark by using Shark Repellent Bat Spray. The handy tool saved Batman’s life during one of the most famous scenes of the 1966 Batman movie, and it’s nice to see he’s still using it.

* While searching for a nemesis online, Harley is matched up with Tommy Tomorrow. Tommy was a cop from “the future” of 1960 who first appeared in 1947’s Real Fact Comics #6. His police force was called the Planeteers years before a certain environmentalist superhero group borrowed the name.

* King Shark joins Harley’s crew this week, and the mutated intelligent shark first appeared in 1994’s Superboy #9, where he did much better around blood.

* Noonan’s supervillain bar returns this week. We forgot to mention it in our rundown from the previous episode, but the criminal hangout has been a Gotham City hotspot since it first appeared in 1993’s Demon Annual #2. 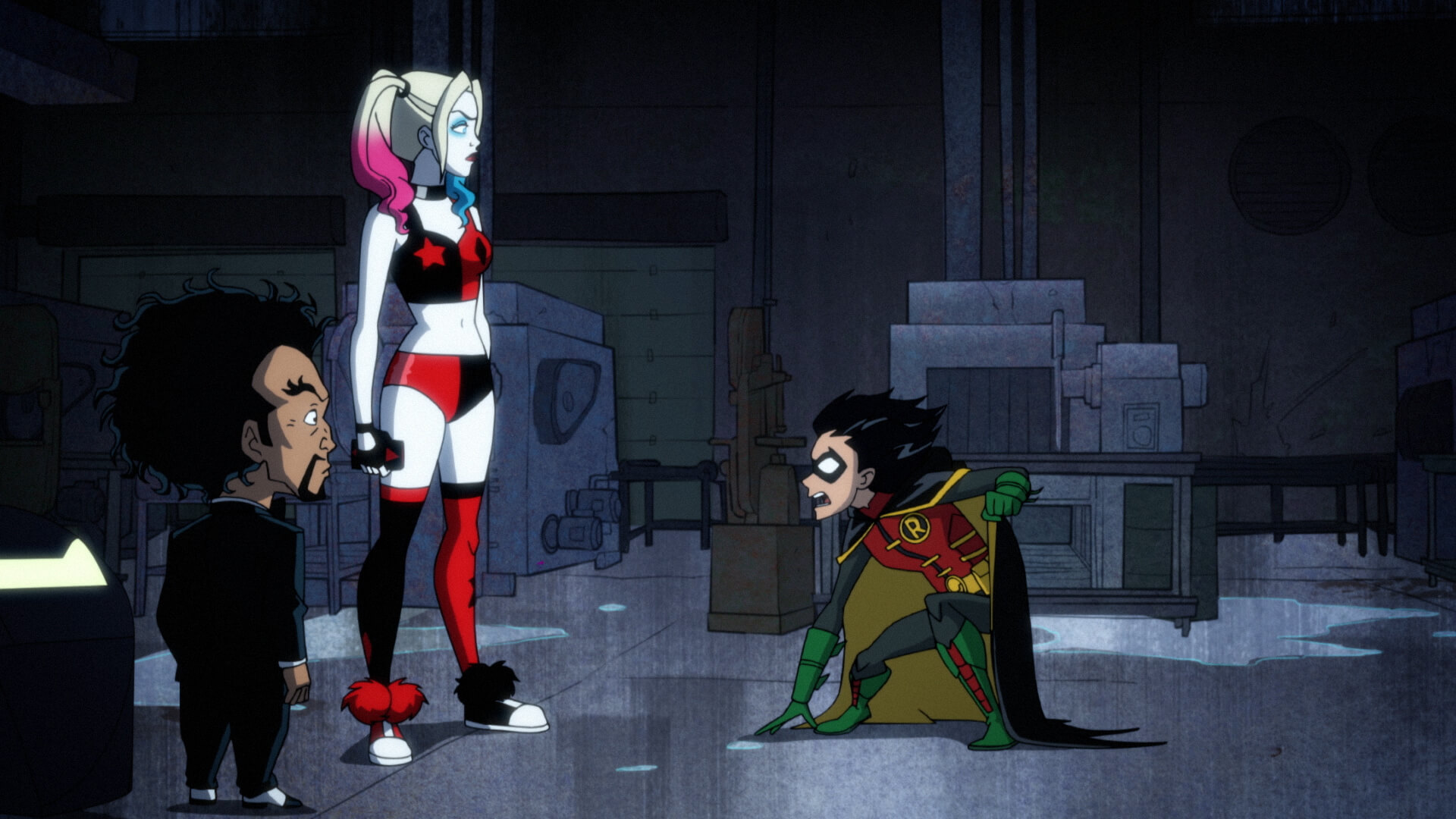 * The Daily Planet has a 7.99 paywall after 5 articles, which doesn’t include the crossword. Even Superman thinks that’s ridiculous. You should subscribe to DC Universe instead.

* While Robin is pleading for his life, he promises to take everyone with him onstage at the VMA’s the next week. First Tawny, then the VMA’s….does Robin have a publicist?

* If you’re curious, Damian Wayne cries for help 15 times during the episode. Maybe he’s not ready for a nemesis yet.

* Harley accuses Batman of making love to bats, which is a callback to a claim she made during the first episode.

* Joshua Cobblepot from episode 2 can be seen watching Tawny’s show, and he clearly hasn’t forgiven Harley for ruining his bar mitzvah.

* Ivy’s coffee table is shattered 3 times in this episode, and she claims Harley has broken 9 of her TV’s since she moved in.

That’s it for this episode. Tune in this Friday to find out what makes Harley tick!

What was the most F’d up moment of the episode? Let us know in our Community!