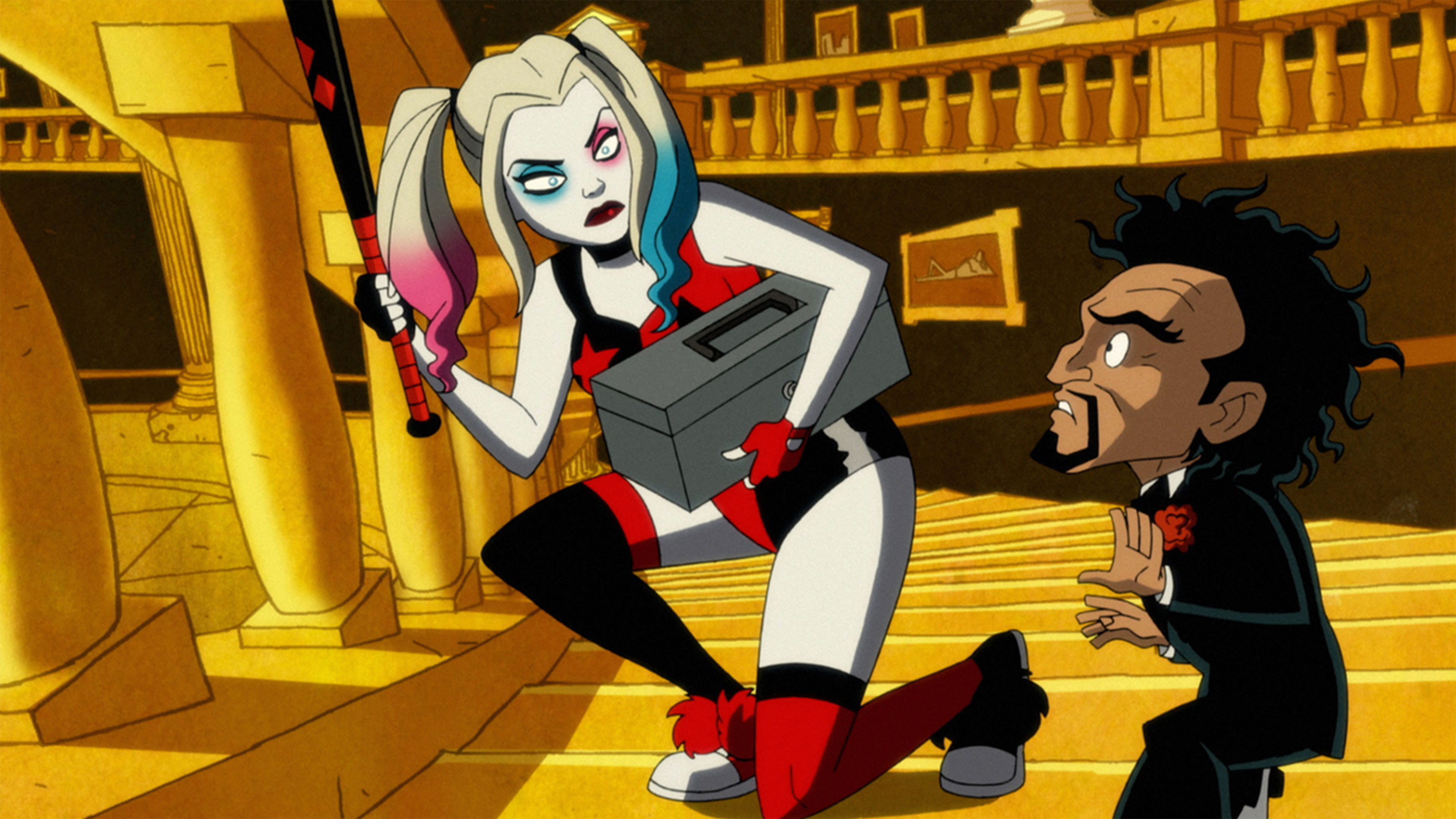 The Most F’d Up Moments in HARLEY QUINN Episode 3: “So You Need A Crew?”

The latest episode of Harley Quinn has dropped and all we can say is – that was pretty F'd up. Let’s break down everything we saw in the episode “So You Need A Crew?” 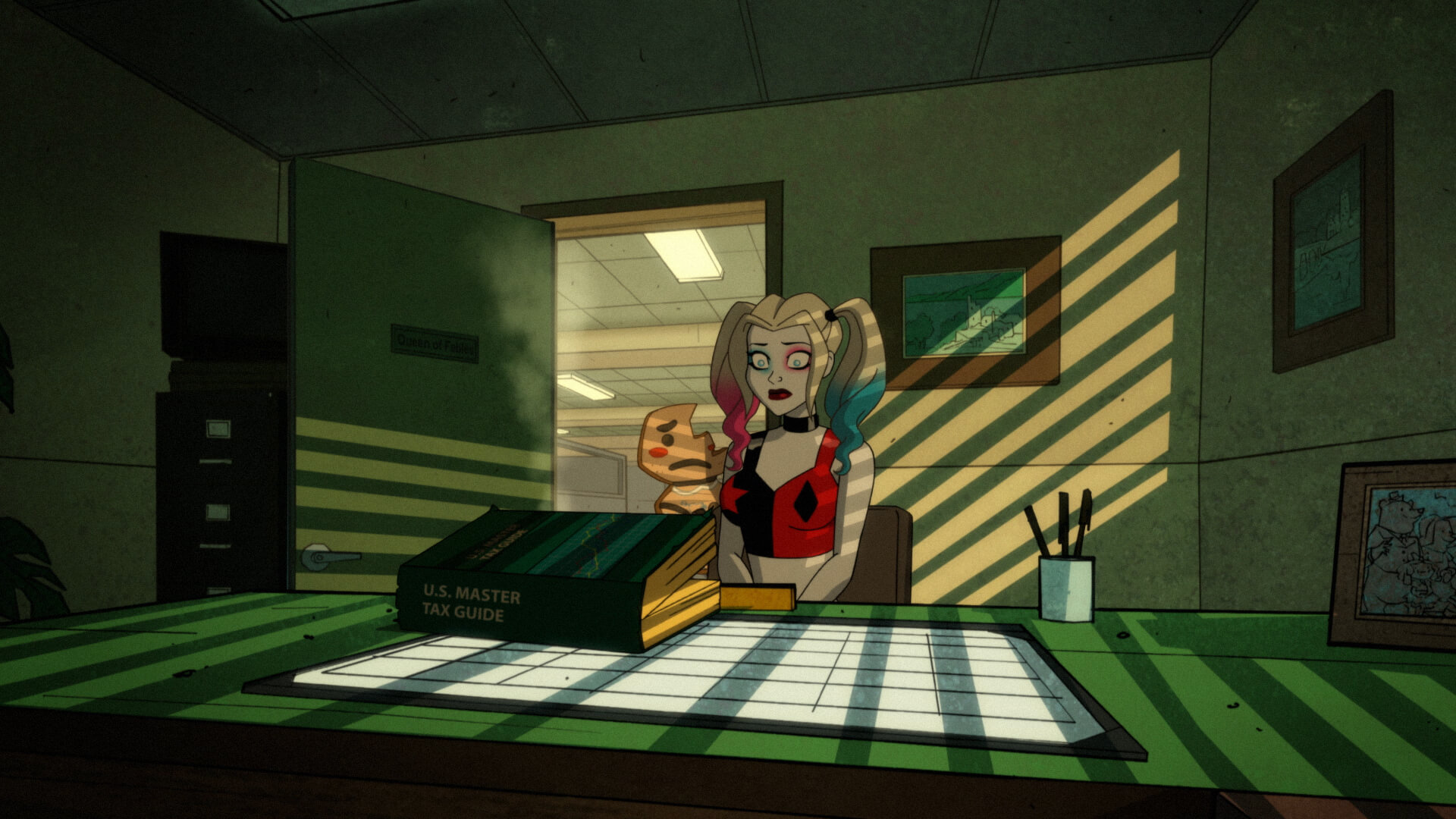 * Dr. Psycho got #metoo’d and frankly we’re all horrified. Even Lex Luthor publicly denounced him, and he’s worked alongside scum like the Joker. Banter during a battle is all well and fun, but watch the language!

* Maxie Zeus’s self-portrait was more than a bit disturbing. Did he paint that in front of a mirror? Did he grease himself up first?

* Mark the Gingerbread Boy said he’s glad he’s not turning tricks for cash anymore. We knew Gotham was a vile place, but who is buying tricks from a gingerbread boy? 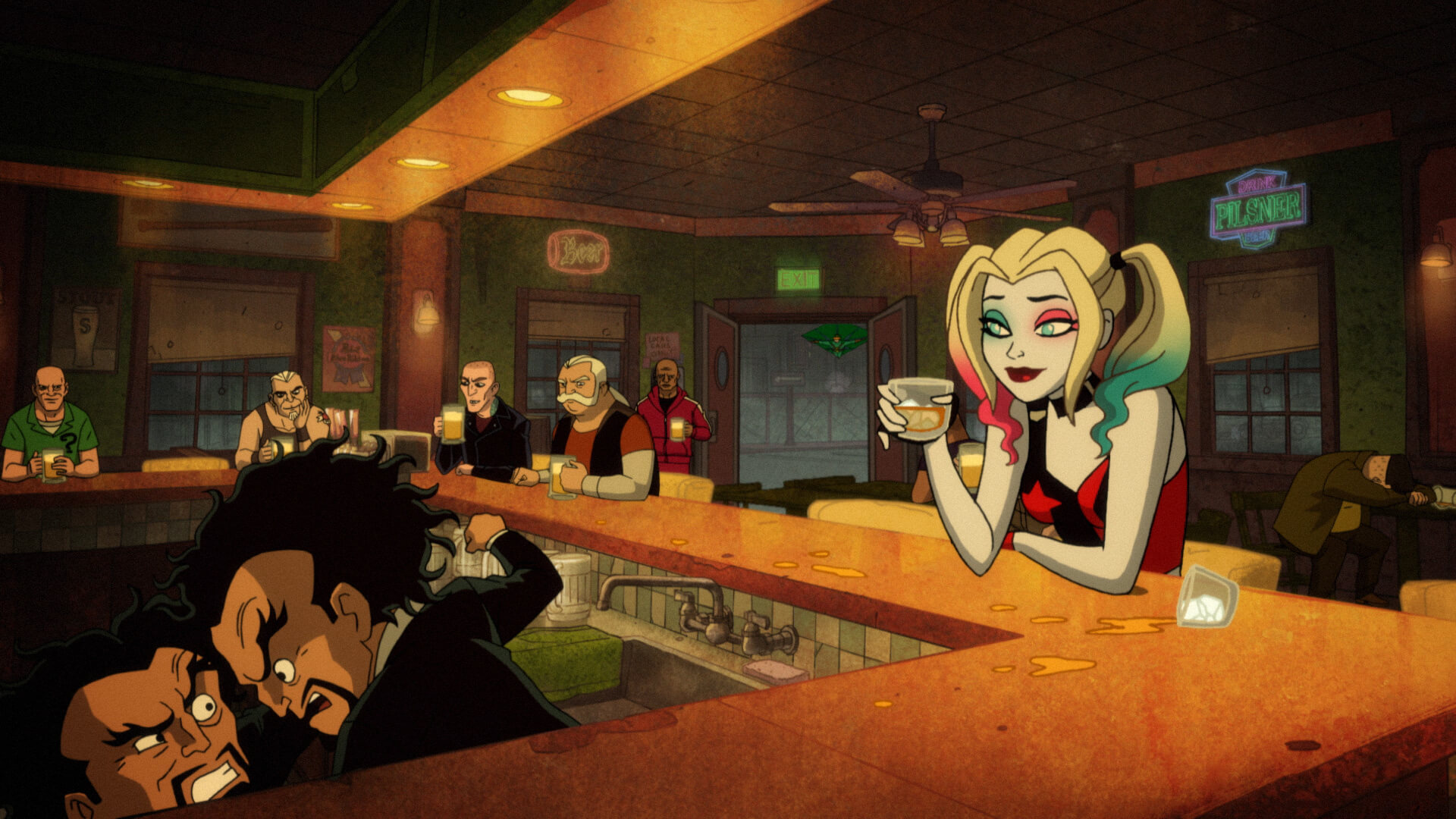 This week contained 17 whopping F bombs, bringing the series total up to 43!

If you’re keeping score, Harley has a series total of 18, Ivy has 12, and Frank the Plant has 5. Dr. Psycho also said another not-so-nice word, but the quicker we move on from that, the better. 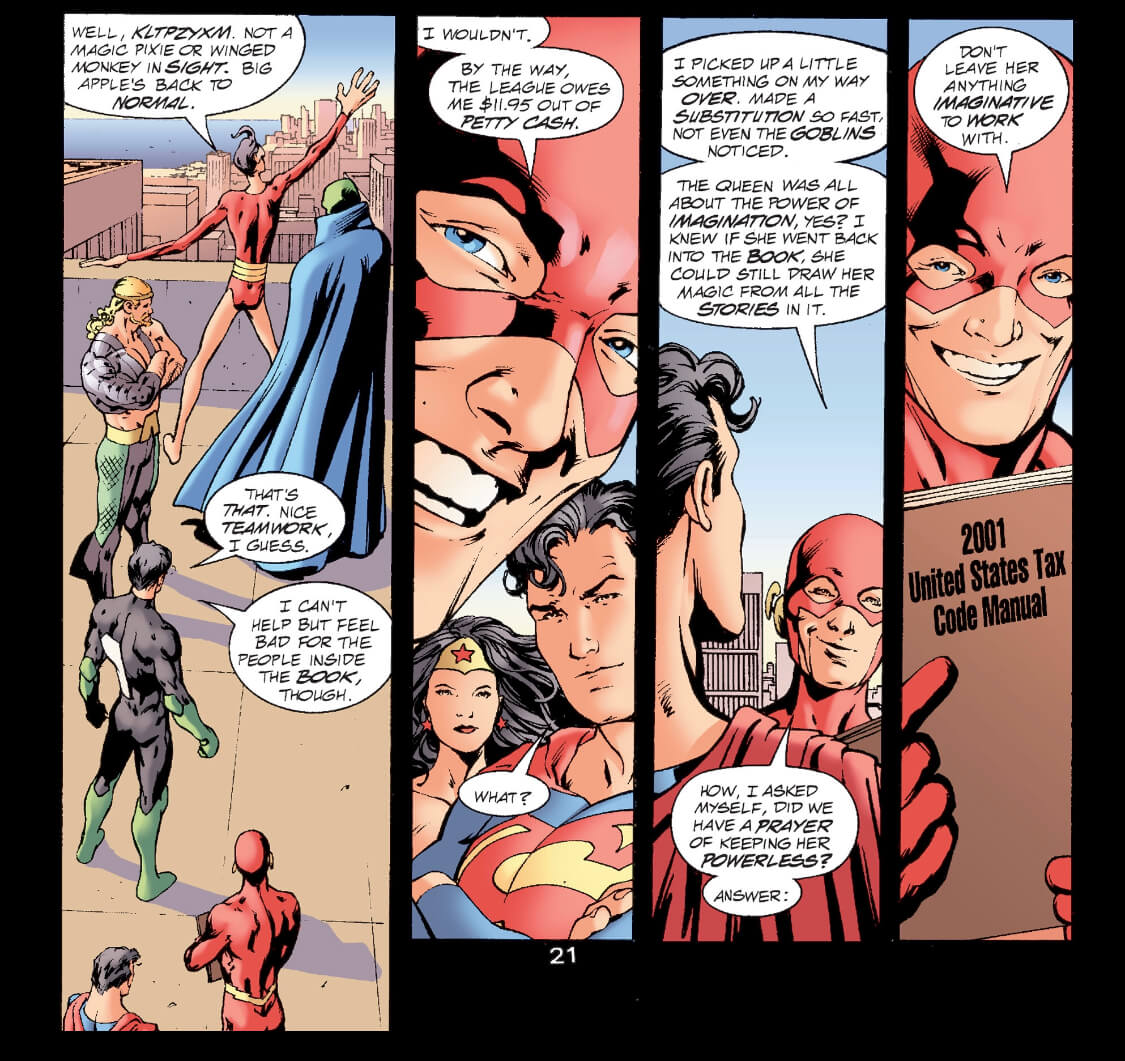 * While Ivy and Harley are watching the news, a ticker at the bottom speculates on whether or not the Court of Owls is a secret underground sex club. Those who haven't read Scott Snyder and Greg Capullo’s Batman run will be disappointed to learn it’s a secret society in which little sex takes place.

* Dr. Psycho first appeared in 1943’s Wonder Woman #5. His current look is a great translation of his Golden Age design.

* Clayface is also staying close to his Golden Age roots, as he’s embracing the working actor version of his backstory. When Basil Karlo first appeared in 1940’s Detective Comics #40, he was a former actor who wore a mask years before he had the power to shapeshift.

* The backstory that the Queen of Fables gives Harley is an actual comic book story from 2000’s JLA #47-49. And yes, the Justice League really did trap her in a tax code book.

* Tawny Young, the daytime talk show host, was originally a news reporter who first appeared in Green Lantern #176. She had a brief flirtation with John Stewart, and broke the story of his secret identity. 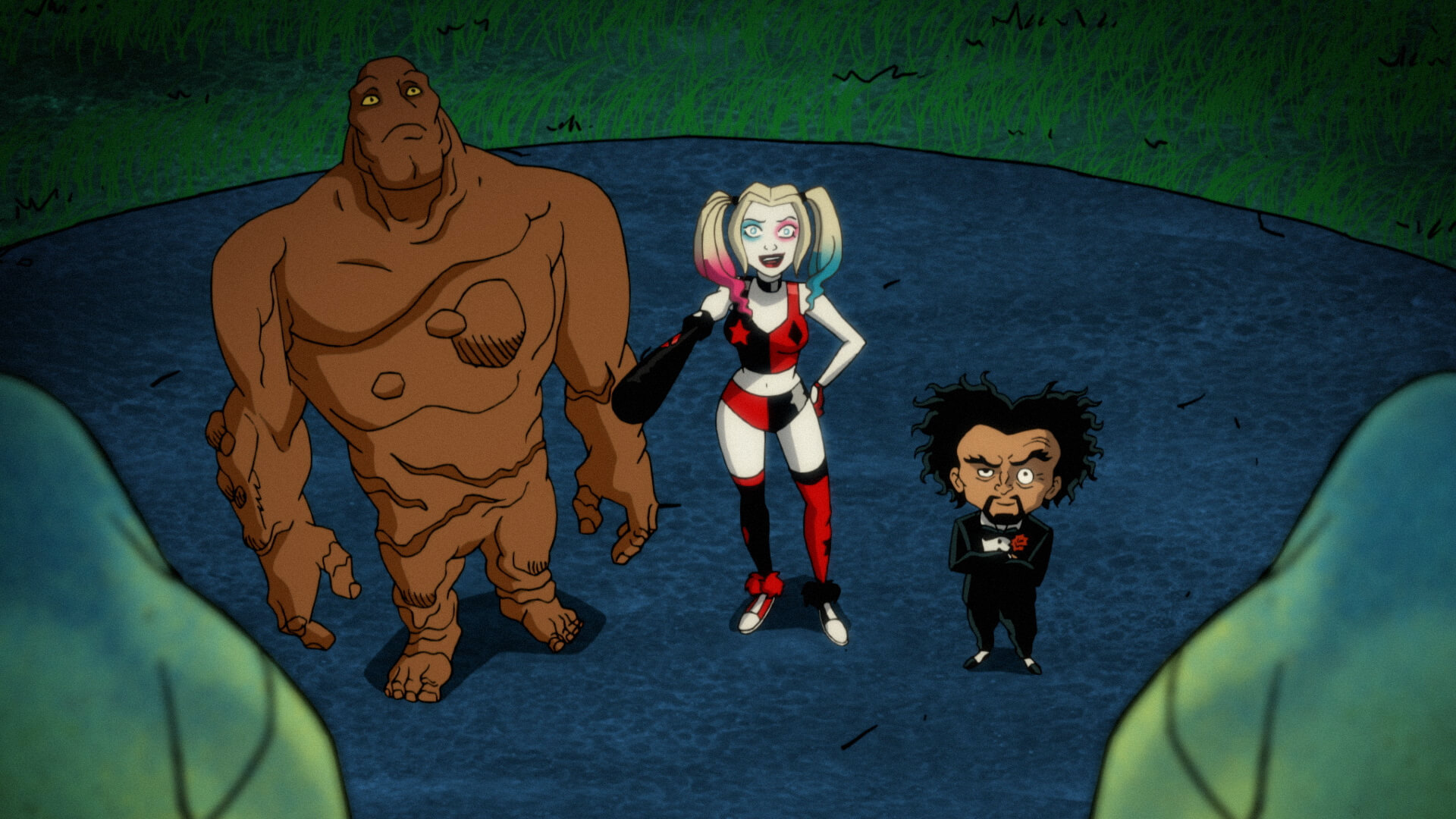 * In some of the apartment scenes, Ivy can be seen wearing her Tree Hugger shirt, which she got from Joshua Cobblepot’s bar mitzvah last week.

* At the end of the episode, Harley Quinn finally gets a highway named after her, which is a callback to one of her goals from the first episode.

That’s it for the latest episode. Next week: is Robin a sweet potato pie? Find out this Friday!

What was the most F’d up thing about Harley Quinn episode 3? Let us know in our Community!