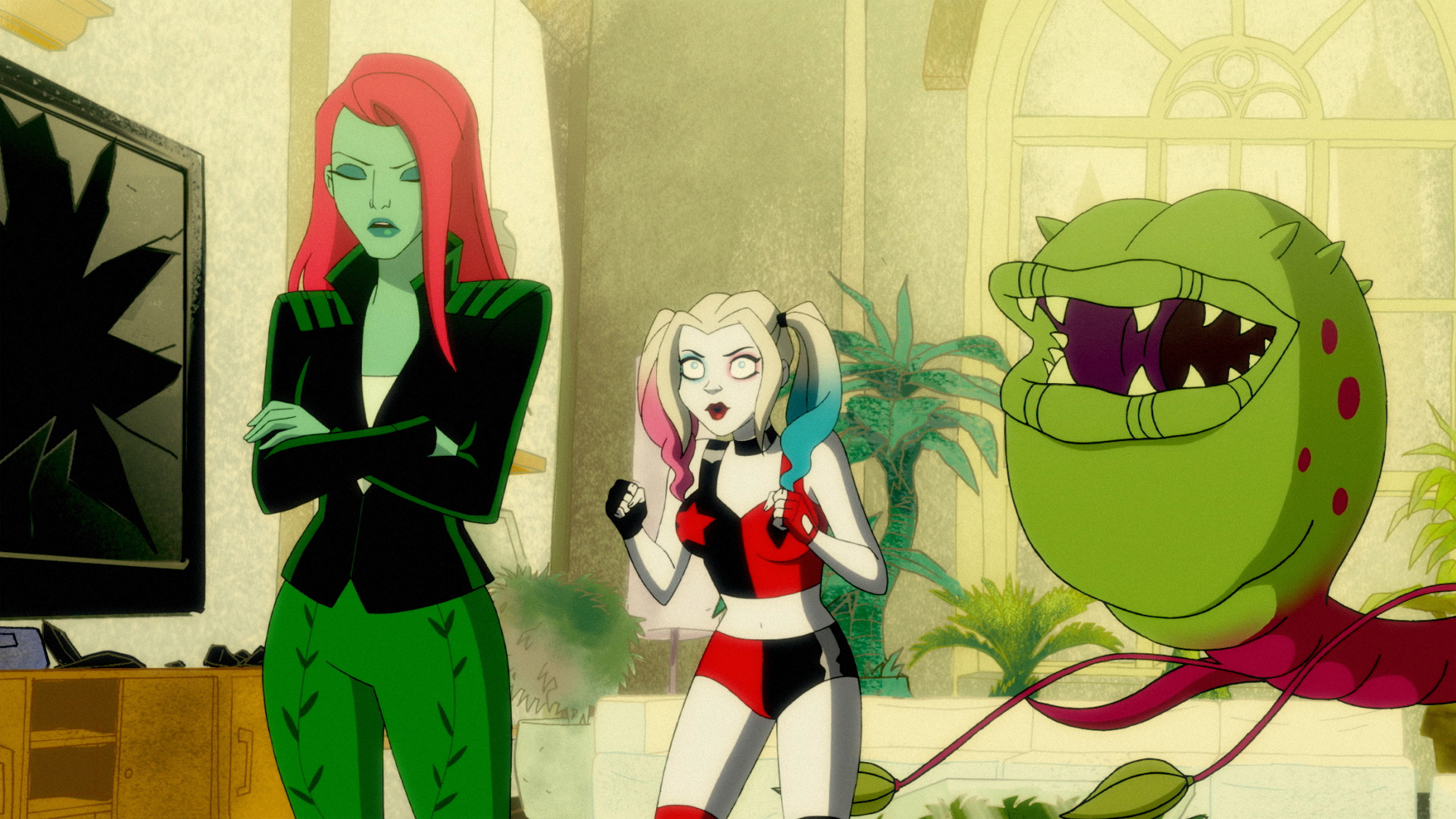 The Most F’d Up Moments in HARLEY QUINN Episode 2: “A High Bar”

Did everyone have a good time at Joshua Cobblepot’s bar mitzvah this weekend? If you missed any of the fun, check out the Harley Quinn episode “A High Bar.” Needless to say, it was a pretty f’d up affair. Let’s break down some of the craziness… 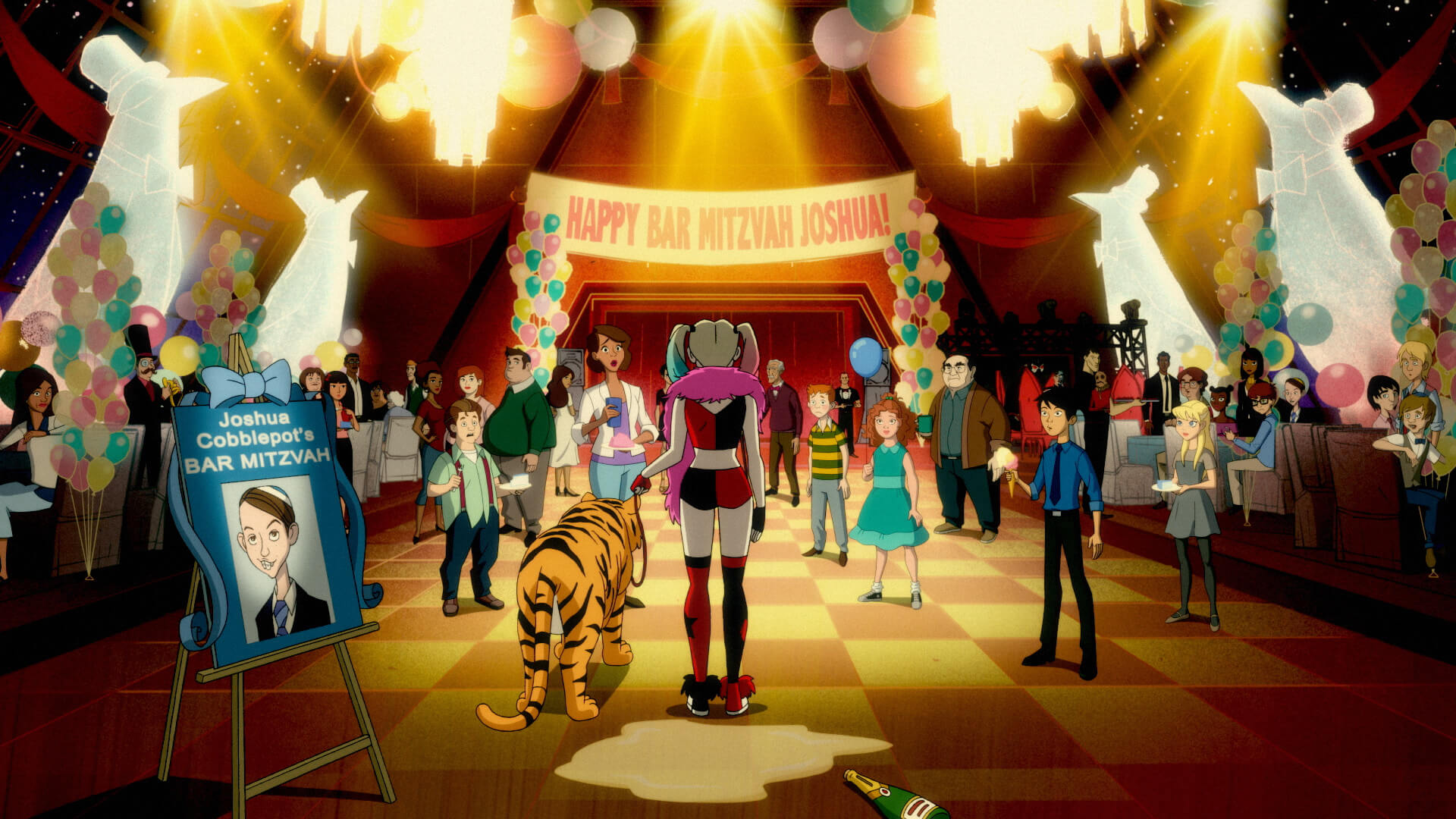 * This should go without saying, but you don’t bring a tiger to a bar mitzvah. By the way, Harley forgot all about her tiger shortly after she arrived and left without it. Did everything turn out alright, or did the tiger cause its own chaos after Harley and Ivy left?

* Are we going to ignore the fact that Kite Man just roofied a group of kids at that bar mitzvah? Harley crippled an improv troupe, but we think it’s safe to say that drugging kids is much worse. Kite Man, hell no!

* Speaking of Kite Man, we learned how long it takes the aerial ace to disrobe on the first date -- less than a minute. We doubt this play has ever worked for him, so we’re not sure why he thought he could pull it off.

* If you’re a ‘90s kid who grew up watching Bobby’s World, the murder of Howie Mandel was probably a bit upsetting. Really, Joker? Was THAT necessary?! 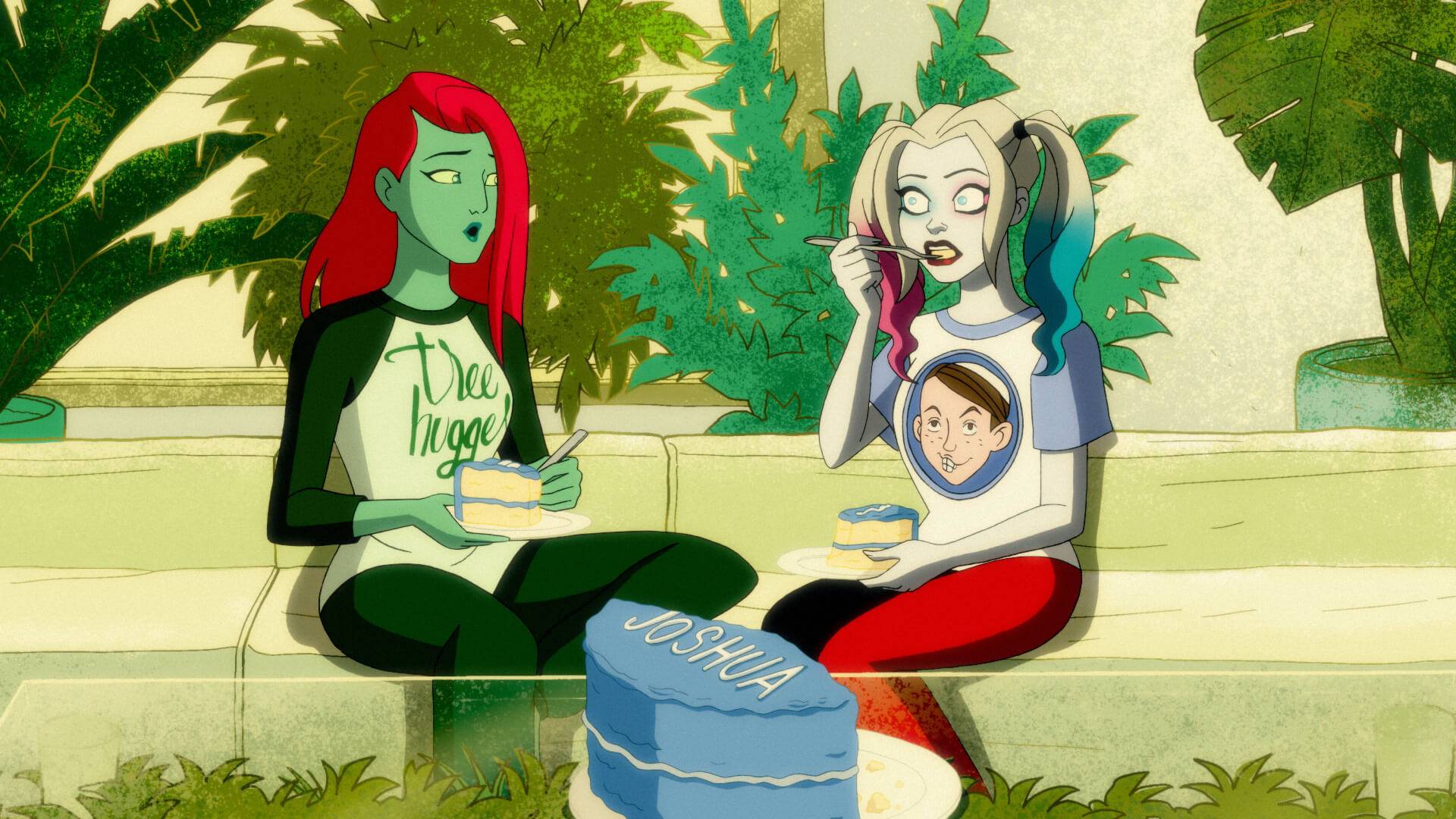 The second episode of Harley Quinn contained 7 F bombs, giving the entire series a total of 26 so far!

That brings Ivy's total F-count to 10, trailing right behind Harley's grand total of 12. Let’s see who can get to 20 faster. Place your bets now! 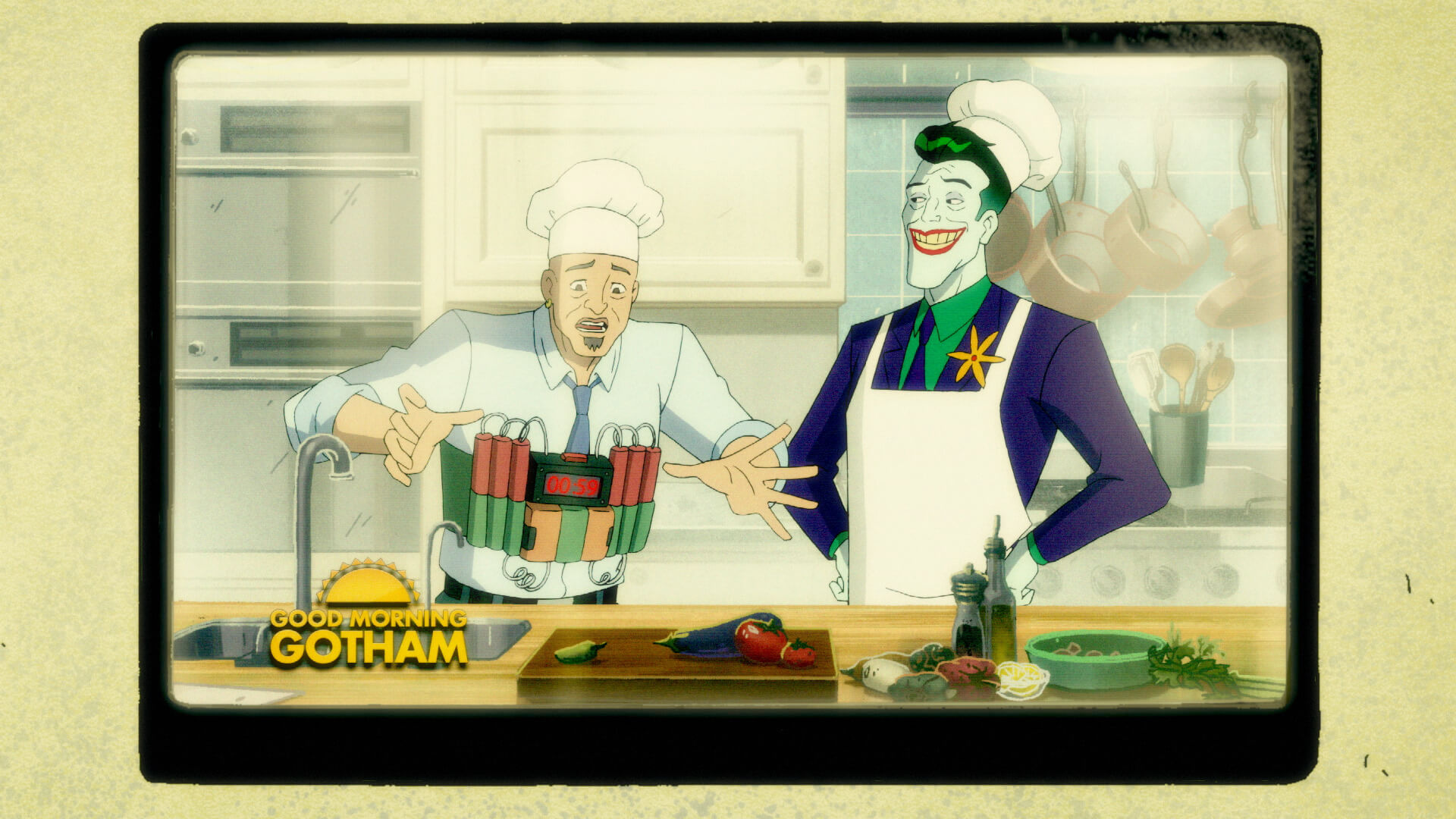 Howie Mandel was the lone death this week, bringing the series total body count up to 26. Poor Howie, we’ll always have fond memories of Bobby’s World... Those who survived weren’t exactly lucky either. This week had 6 bone-shattering injuries, thanks to Harley’s assault on the improv troupe and Bane’s beatdown of Kite Man. All of which added up to an unforgettable bar mitzvah for Joshua Cobblepot. L'chaim! 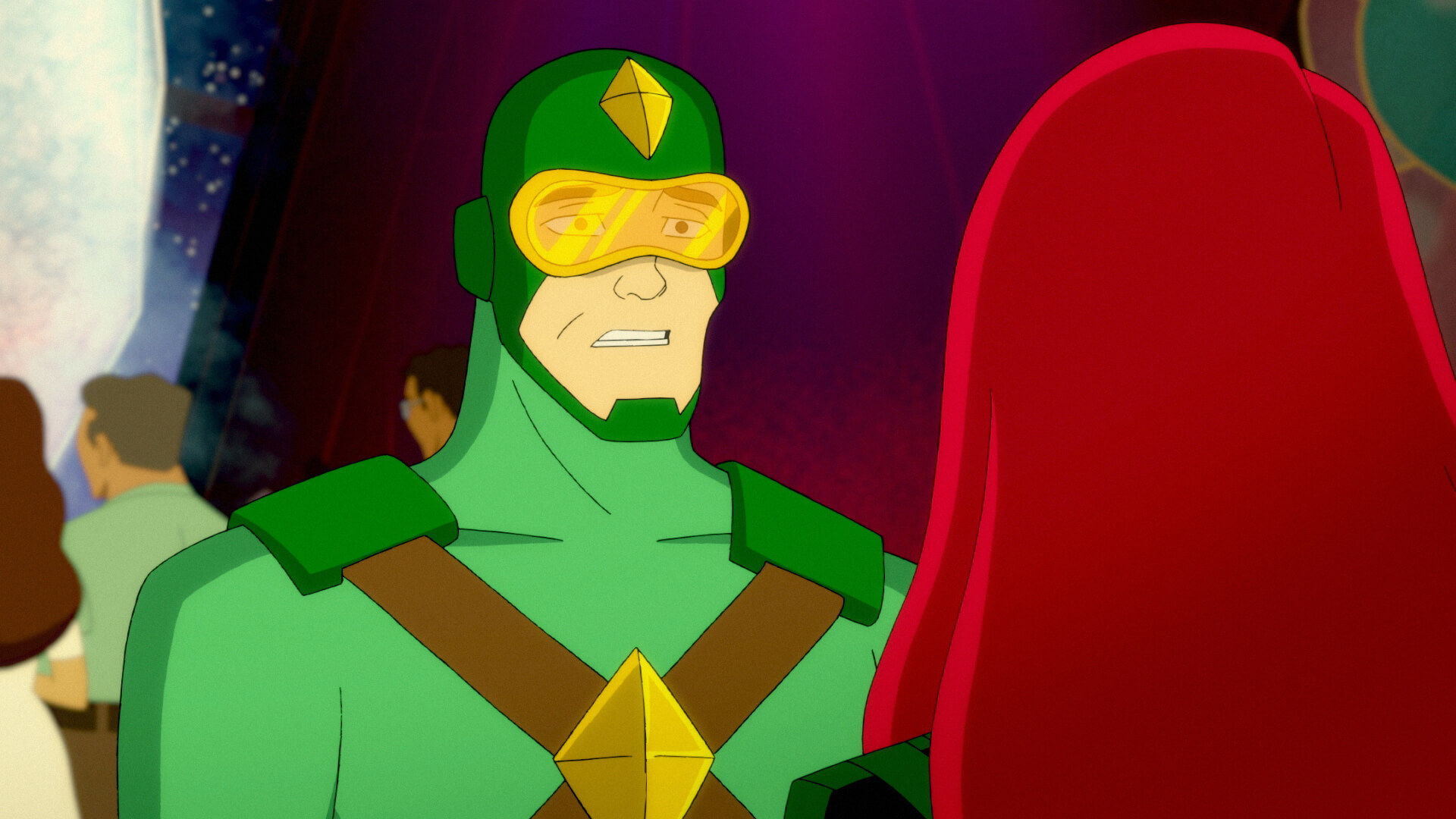 * Kite Man joined the supporting cast this week. A Silver Age foe of the Caped Crusader, Kite Man first appeared in 1960’s Batman #133. But his kite theme didn’t quite, er, take off, and he didn’t appear in comics again until 1979’s Batman #315, almost 20 years later. For many years, Kite Man was a forgotten villain, but thanks to writer Tom King’s Batman run (check out 2017’s Batman #27) he’s made a clumsy-but-endearing comeback, in which he's acquired his catchphrase, "Kite Man, hell yeah!"

* This episode opened with a shot of the Legion of Doom’s headquarters. The domed structure is modeled after the lair the group maintained in the Super Friends animated series. The building is surrounded by a moat, which is a reference to the way their original lair rose out of a swamp. It’s nice to see the team of ne'er-do-wells honoring their nefarious roots. 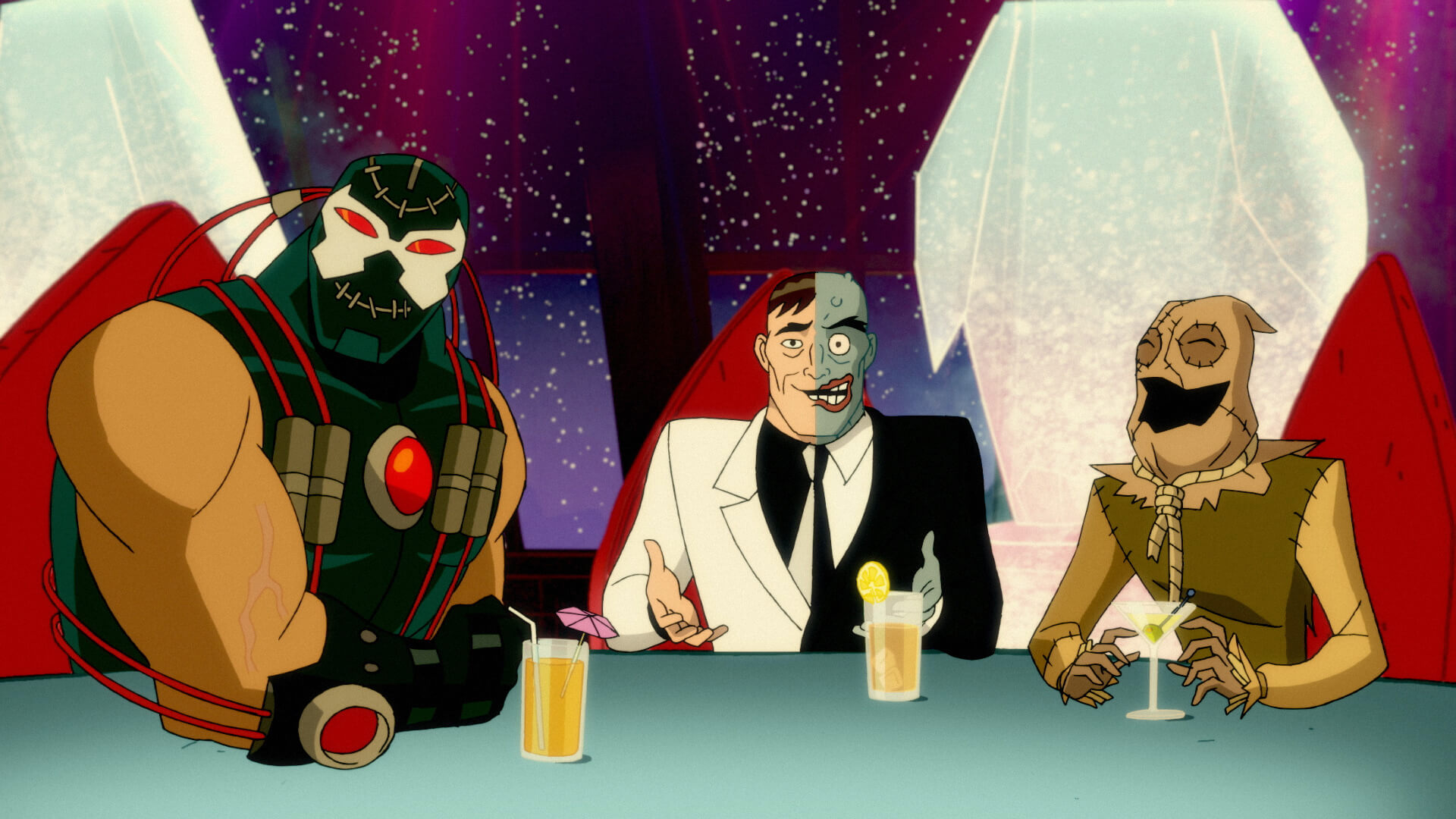 * The Joker was seen arguing with contractors about rebuilding his lair, due to Harley destroying it in the first episode.

* Bane absolutely loves Go-Gurt. Is it laced with Venom?

* The Gotham Mint lets people rent out their atrium for bar mitzvahs. Weird flex, but ok.

Well, that was a bunch of f’d up shit this week, wasn't it! Join us next week, when Harley assembles a crew.

What was the most F’d up thing about HARLEY QUINN Episode 2? Let us know in our Community!