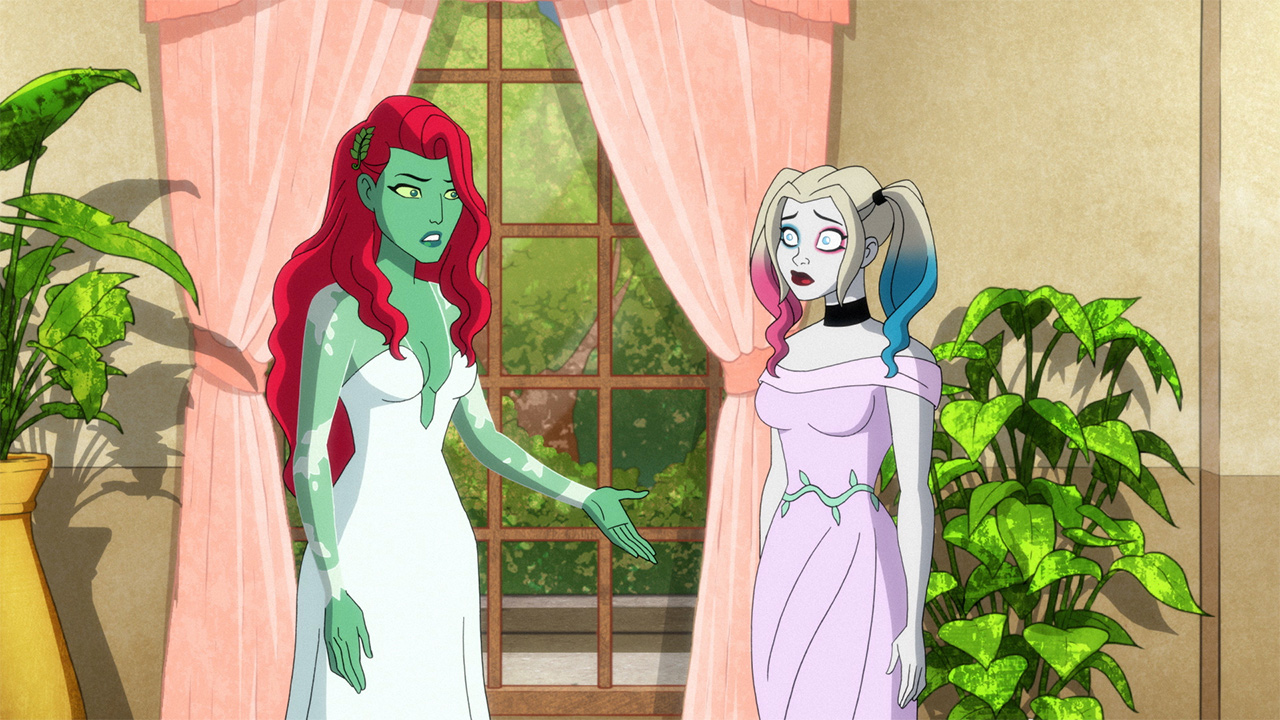 The Most F’d Up Moments in HARLEY QUINN Episode 2-13: “The Runaway Bridesmaid”

You are cordially invited to the wedding of Pamela Lillian Isley and Charles “Kite Man” Brown. Please RSVP by catching the season finale of DC Universe’s Harley Quinn. If you can’t make it, then check out our rundown for the episode “The Runaway Bridesmaid.” 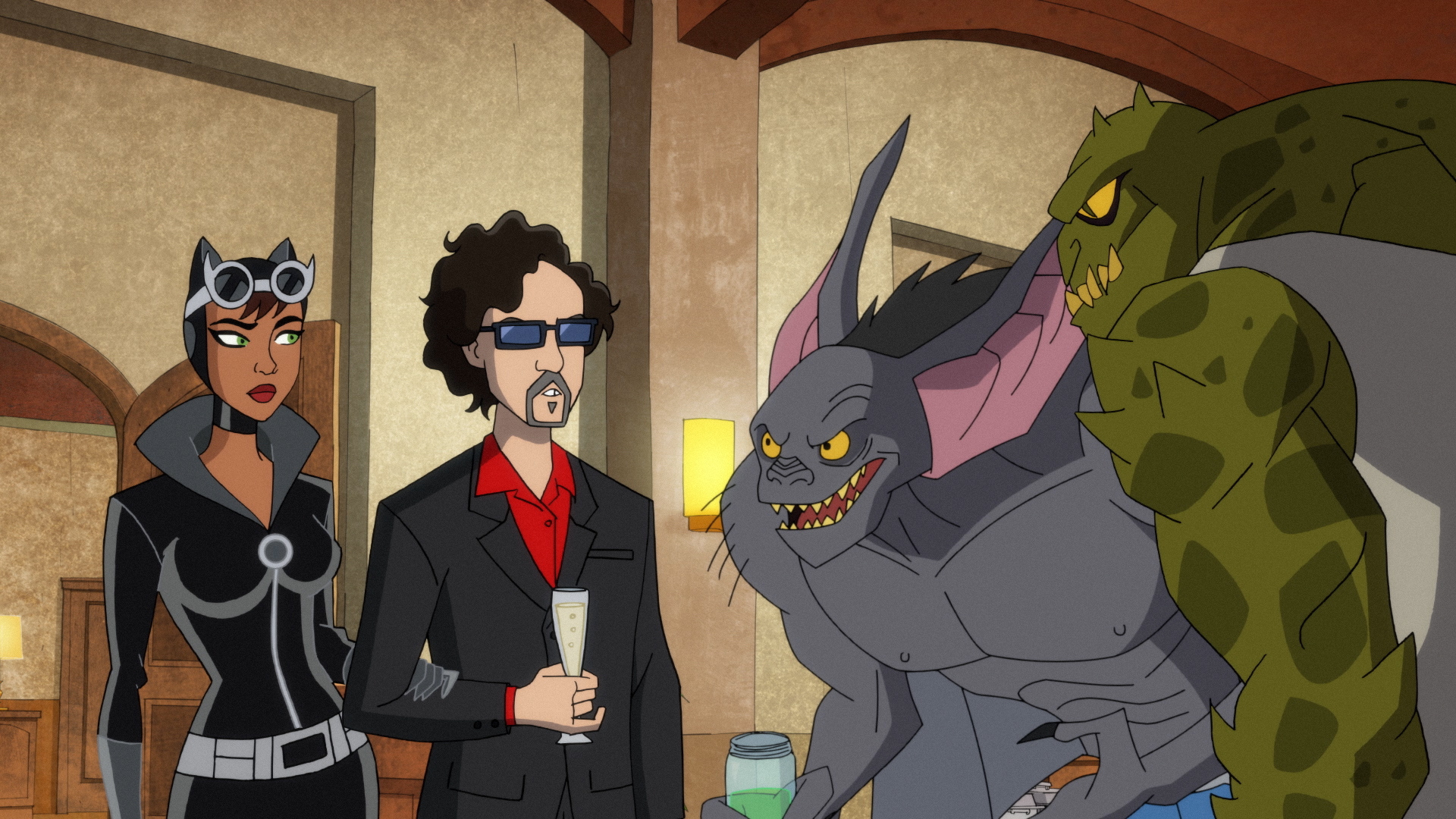 * Vegan donuts? Why on Earth would Gordon give his troops vegan donuts? Does he want a mutiny, because that’s how you get a mutiny.

* Did Kite Man seriously say that Guns N’ Roses were not a real metal band? Is this the hill he wants to die on? Ivy should’ve cancelled the wedding as soon as he said that. Can somebody give us his Twitter handle, so we could give him a piece of our mind?

* It was odd seeing Tim Burton, famed director of Batman and Batman Returns, show up as Catwoman’s date. First of all, is he even her type? Second, is it legal to get this meta? This probably would’ve broken our brains months ago, but after the musical number about feces, and a rant from the Snyder Guy, we’ve learned to expect the unexpected with this show. 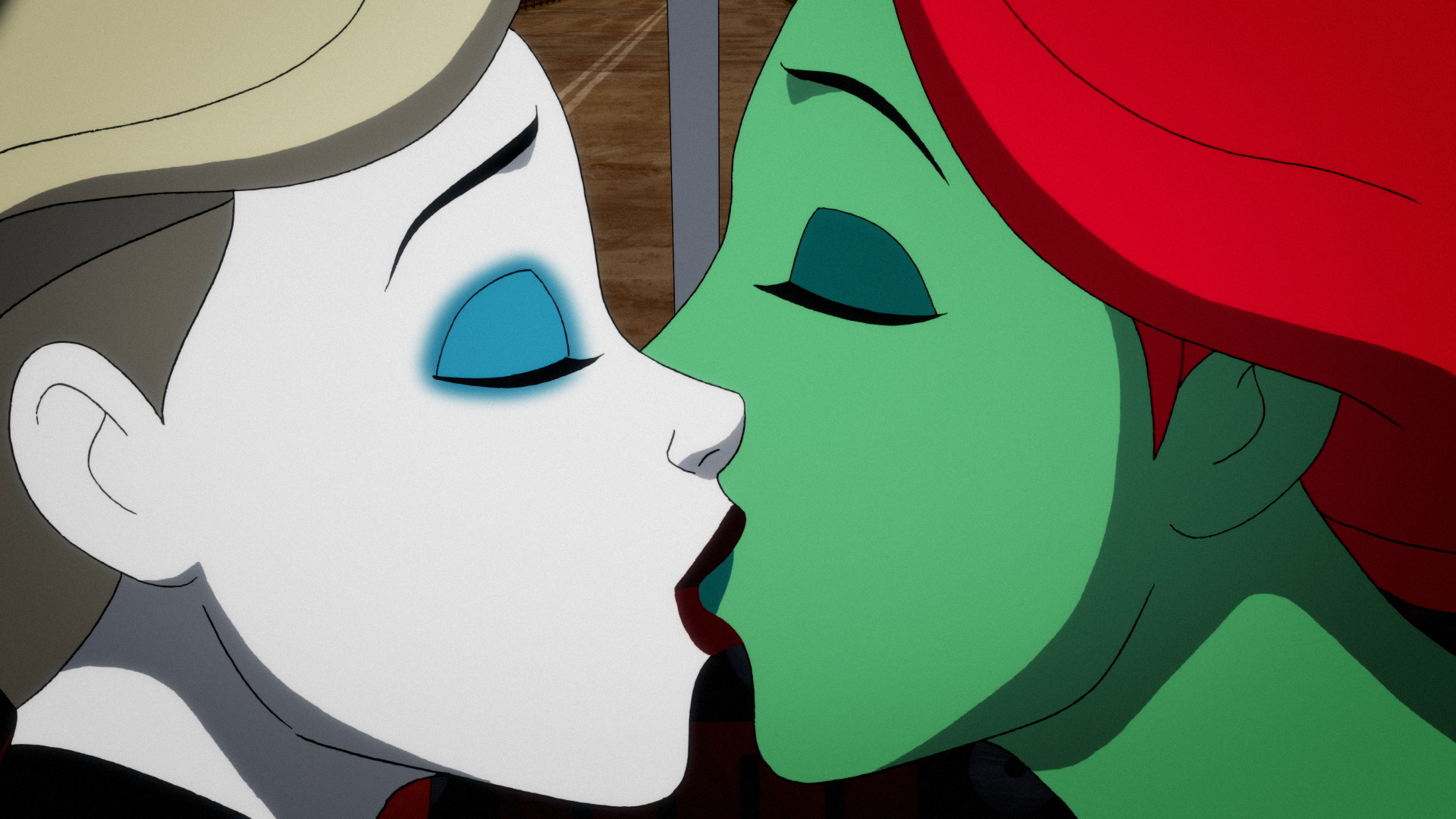 THEY DID IT! Harley and Ivy became a couple, had a glorious kiss, and drove off into the sunset. See Jim and Pam, you don’t need to do years of “will they or won’t they.” Not only was this emotionally satisfying, but can we stop and take a moment to appreciate that this aired during Pride Month? Everything has been building to this since Harley and the Joker broke up in the pilot, and we couldn’t have asked for a better ending. 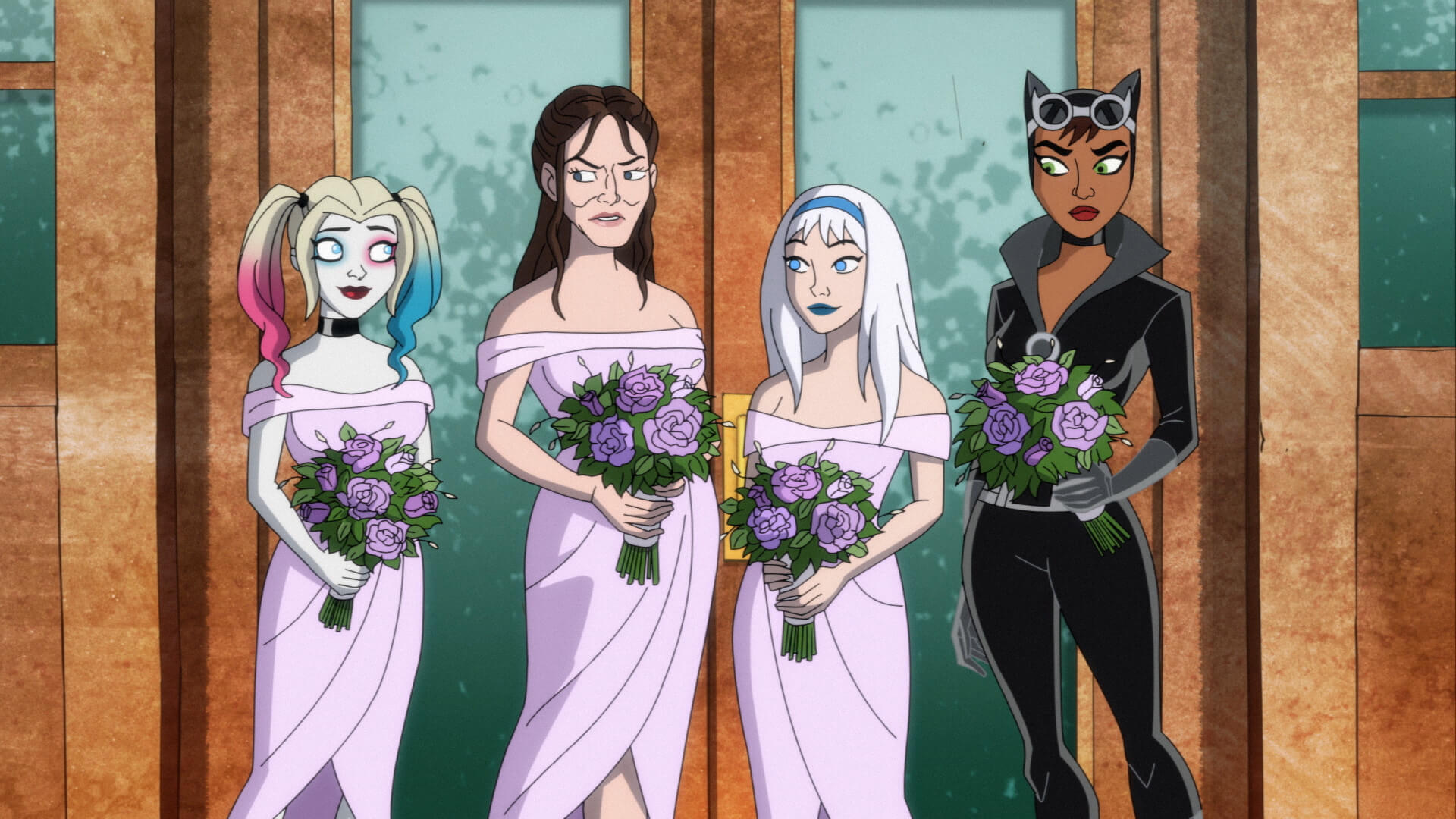 Who says that weddings can’t have expletives? The season finale contained 14 F-bombs, bringing our season 2 total to 124. Season 1 had 116 F-bombs, which means that season 2 beat it by 8 f**ks! 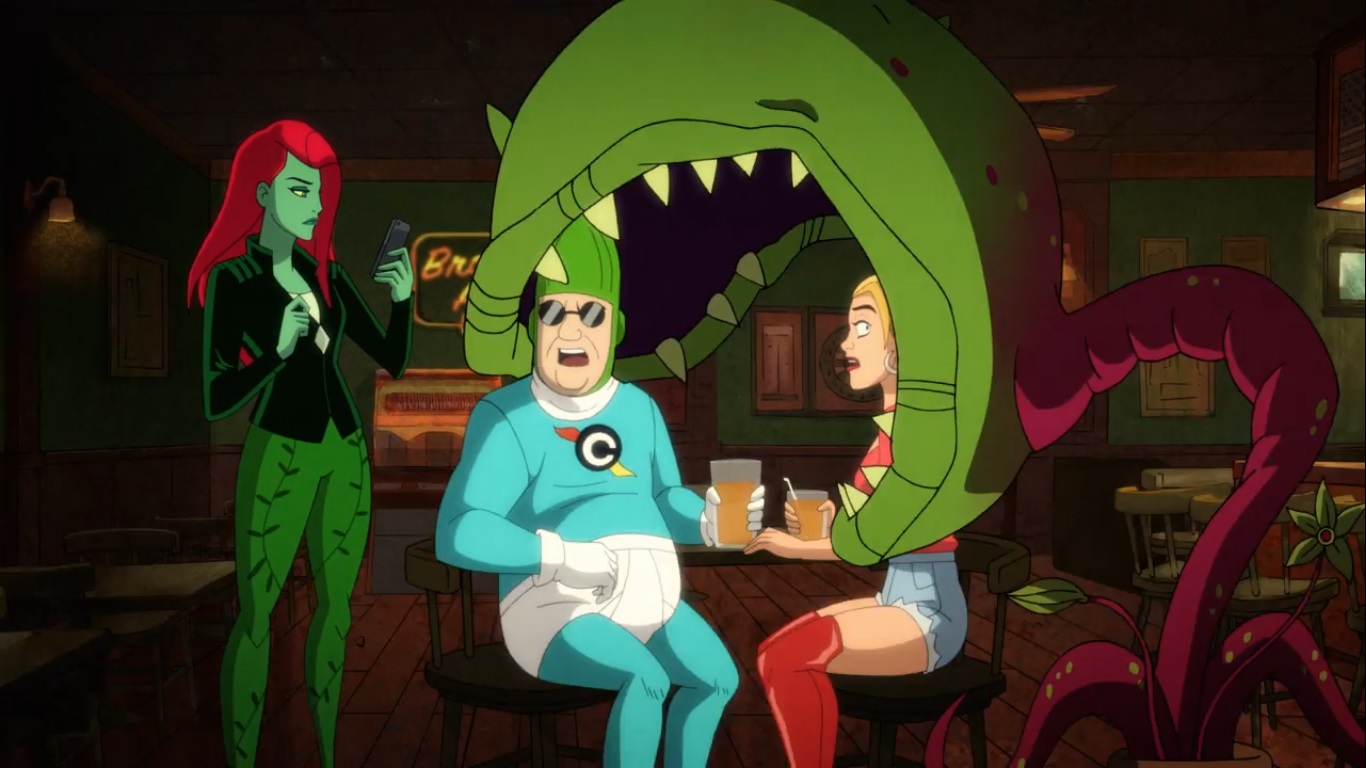 Did you really think we could have a wedding in Gotham without a few casualties? The first two deaths of the episode were Condiment King and his fiancée, who were devoured by Frank. Then a group of Gotham’s finest officers were torn to shreds during the ceremony. We counted 14 fatalities in the background, but who knows if there were anymore. That gives this episode a body count of 16, and brings the final season 2 tally to 351. If you’re curious, the season 1 total was 138, which means that this season was deadlier. 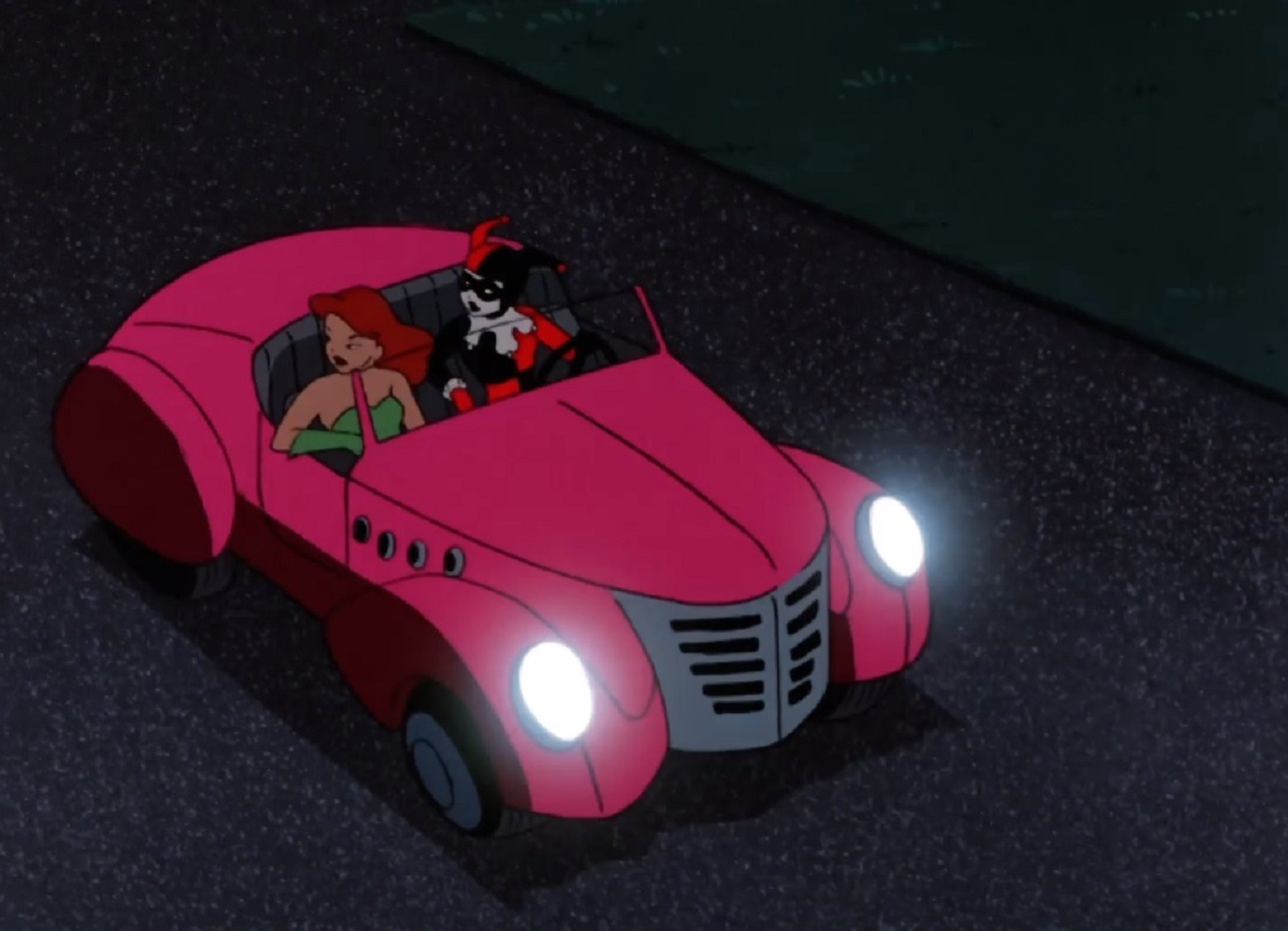 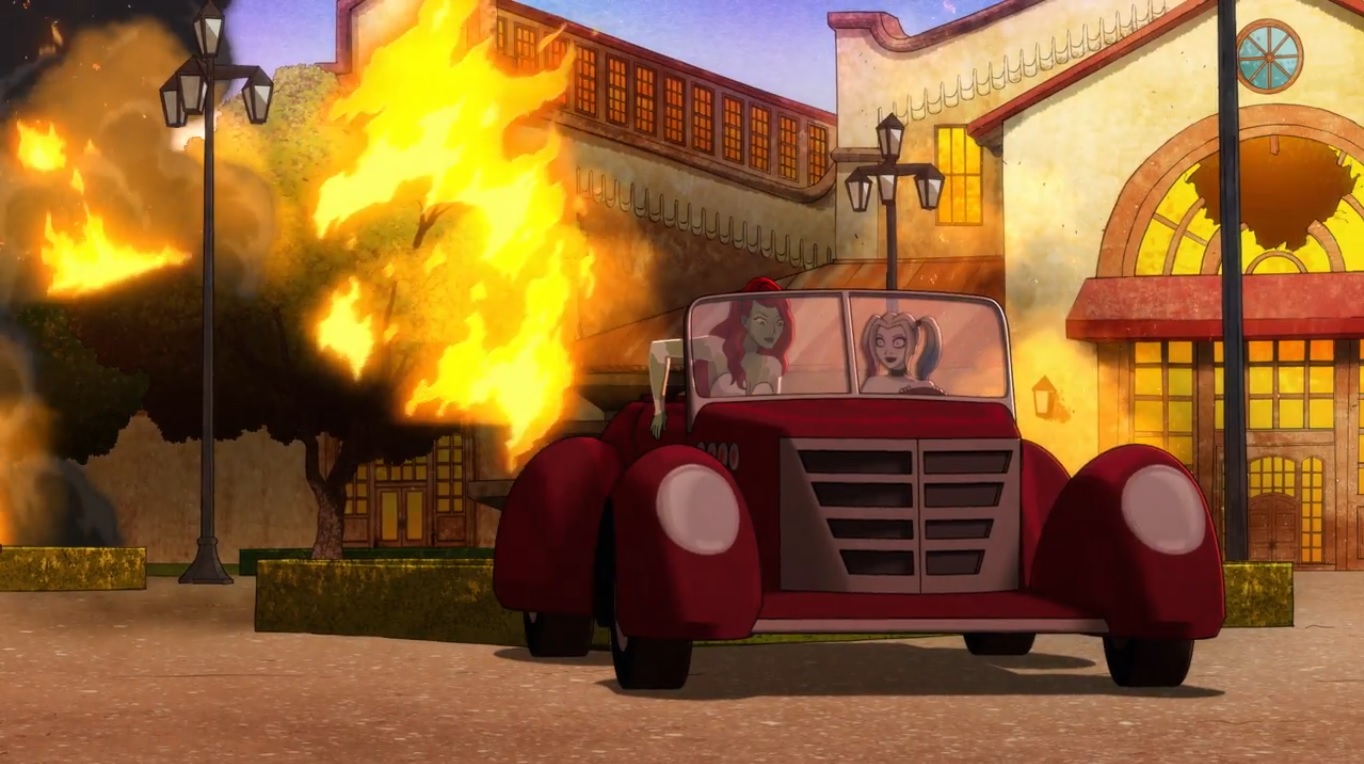 During the Mayor’s ceremony in the first scene, a few obscure superheroes like Vibe, Space Cabbie, and Tommy Tomorrow can be seen. Tommy Tomorrow was previously mentioned as a possible nemesis for Harley in the episode “Finding Mr. Right.” Space Cabbie will be featured in the upcoming DC Universe series BizarroTV. As Gordon crashes the wedding, Kite Man despondently holds Ivy in a pose similar to the one on the Crisis on Infinite Earths #7 cover.

I BELIEVE IN HARVEY DENT 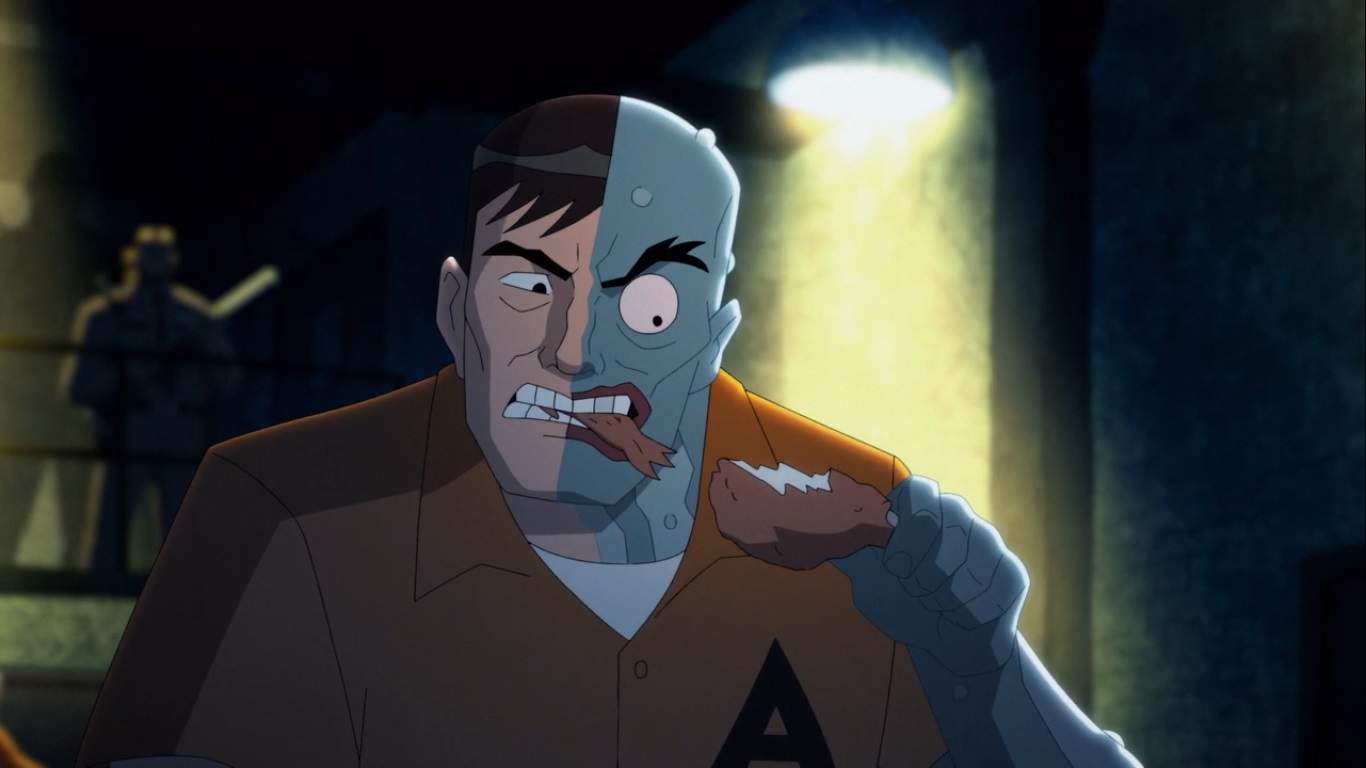 Some of you might be mad at Two-Face for sabotaging Ivy and Kite Man’s wedding, but consider this – if Harvey hadn’t gotten involved, Harley and Ivy never would’ve gotten together. Think about it, Harley would’ve stayed in Arkham, and the wedding would’ve proceeded uninterrupted. Hot take: Two-Face’s intentions were bad, but if it wasn’t for him our OTP would never have gotten together. He may not be the ideal ally, but I believe in Harvey Dent.

Harley and Ivy are a couple! Give us your thoughts on this iconic development in our Community!