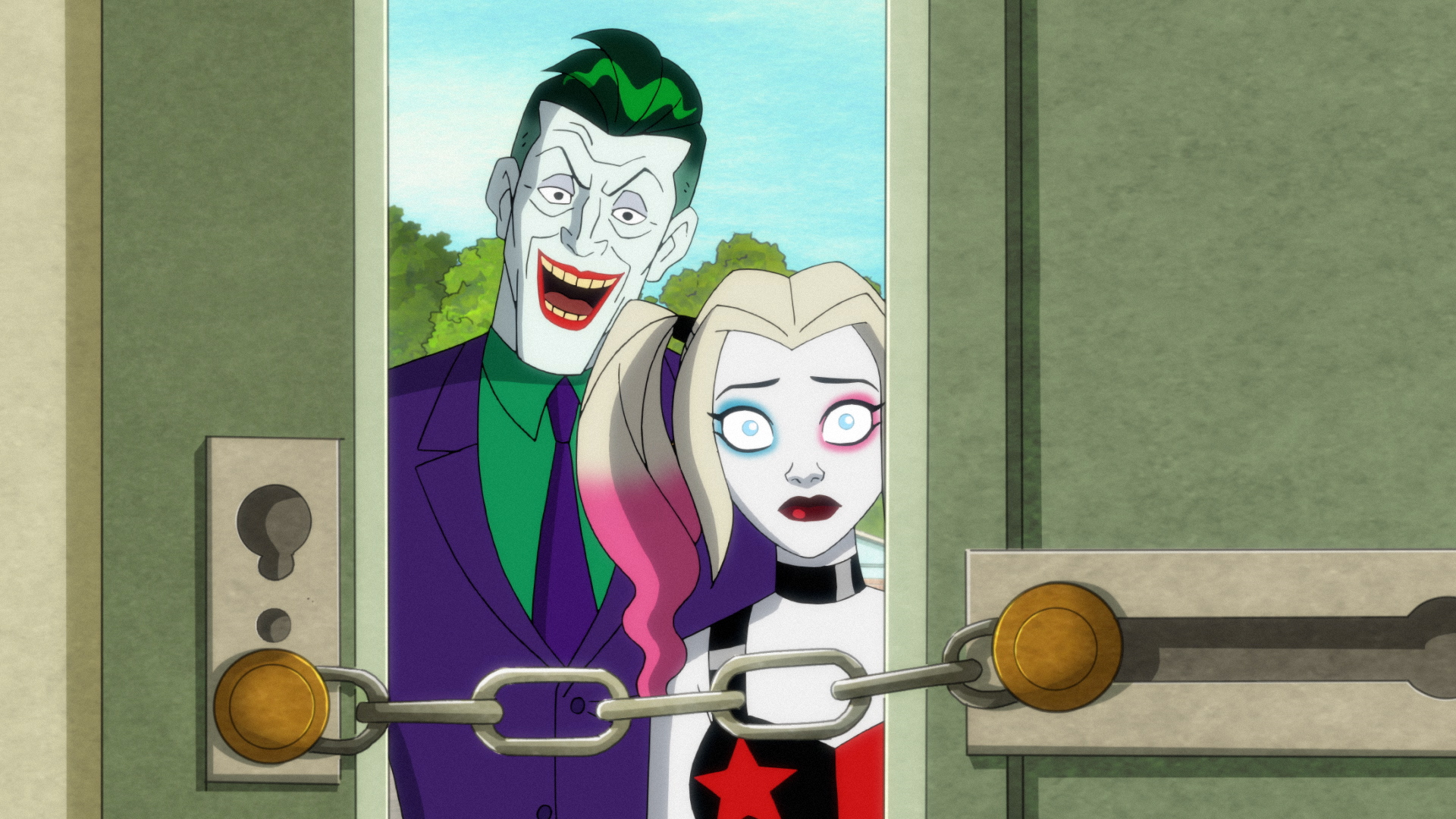 The Most F’d Up Moments in HARLEY QUINN Episode 2-11: “A Fight Worth Fighting For”

The Joker is back, and he must help Harley find a magical storybook so they can free the Justice League and stop an invading army of Parademons. Yes, that’s a real sentence you just read – isn’t this show effing awesome? Here’s our breakdown of the latest Harley Quinn episode, “A Fight Worth Fighting For.” 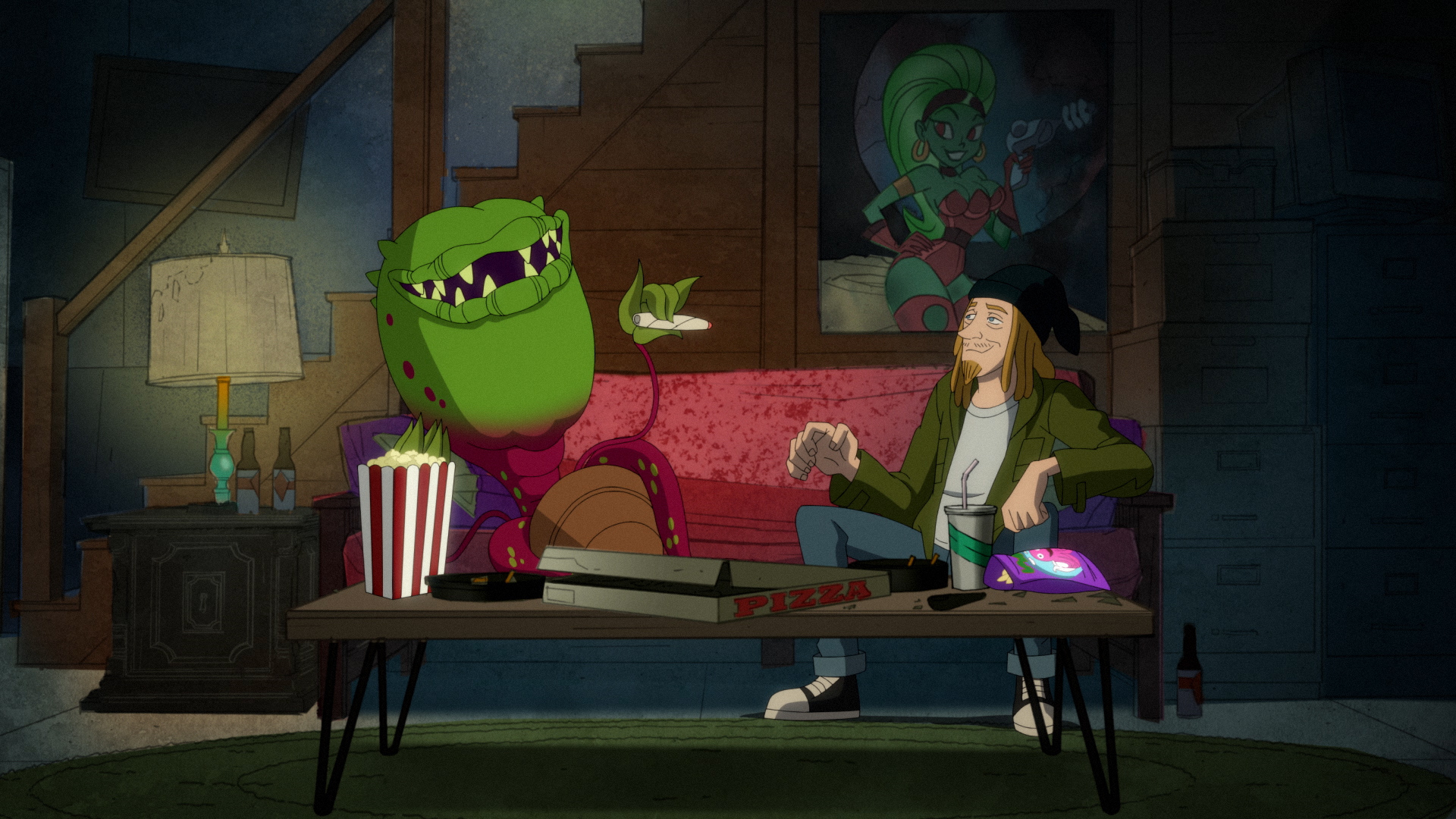 * Nobody can do a recap quite like Frank. This mother-f**king plant went in for the kill with lines like “That dude’s a khaki-wearing amnesiac, who is somehow whiter now than when he was the color of paint primer.” In case you were wondering, the website Frank advertised (egotforharley.com) is real, and you should all head to it right now. By the way, Harley Quinn showrunners Patrick Schumacker and Halpern teased this sequence from Frank during their recent Community Q&A. If you’re not keeping track of our Community Q&A’s, you’re missing out on some serious f**king s**t!

* “Soooooo….Joker went through some changes over the last few months.” Batman said it, but we were all thinking it. Is “suburban father Joker” creepier than regular Joker? Because that’s the vibe we’re getting. When this show was first announced, we never thought we’d see an episode where Joker begs his nurse practitioner girlfriend to take him back, but Harley Quinn has always been unpredictable. Now he wants to be a serial killer dad? Dexter already tried that, so this better not end with Joker becoming a lumberjack or we’re going to make so many angry tweets. 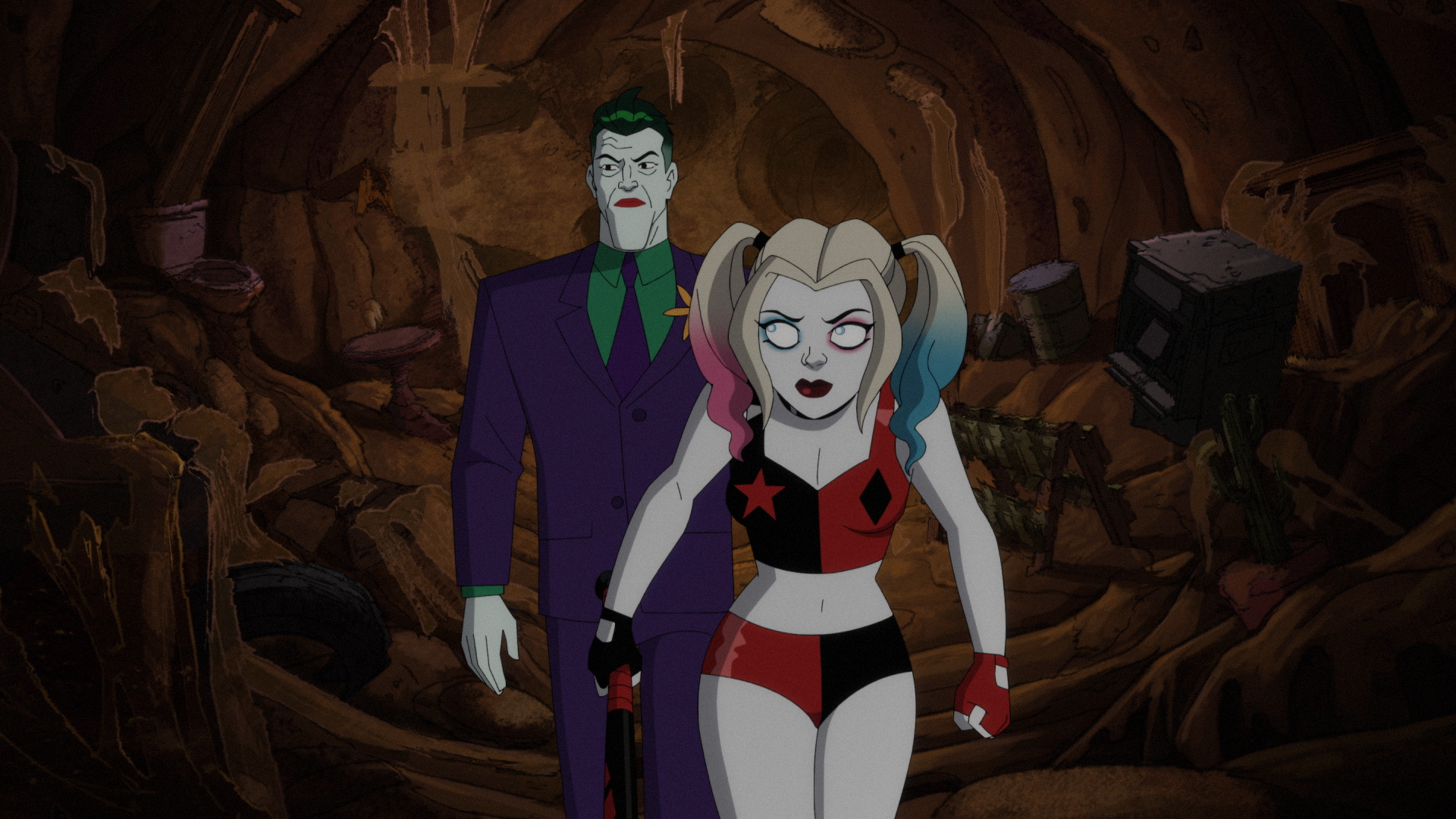 The city is being overrun by f**king Parademons and Darkseid is on his way. Can things be more f**ked? This episode contained 23 F-bombs, bringing the season total up to 100! Wahoo! 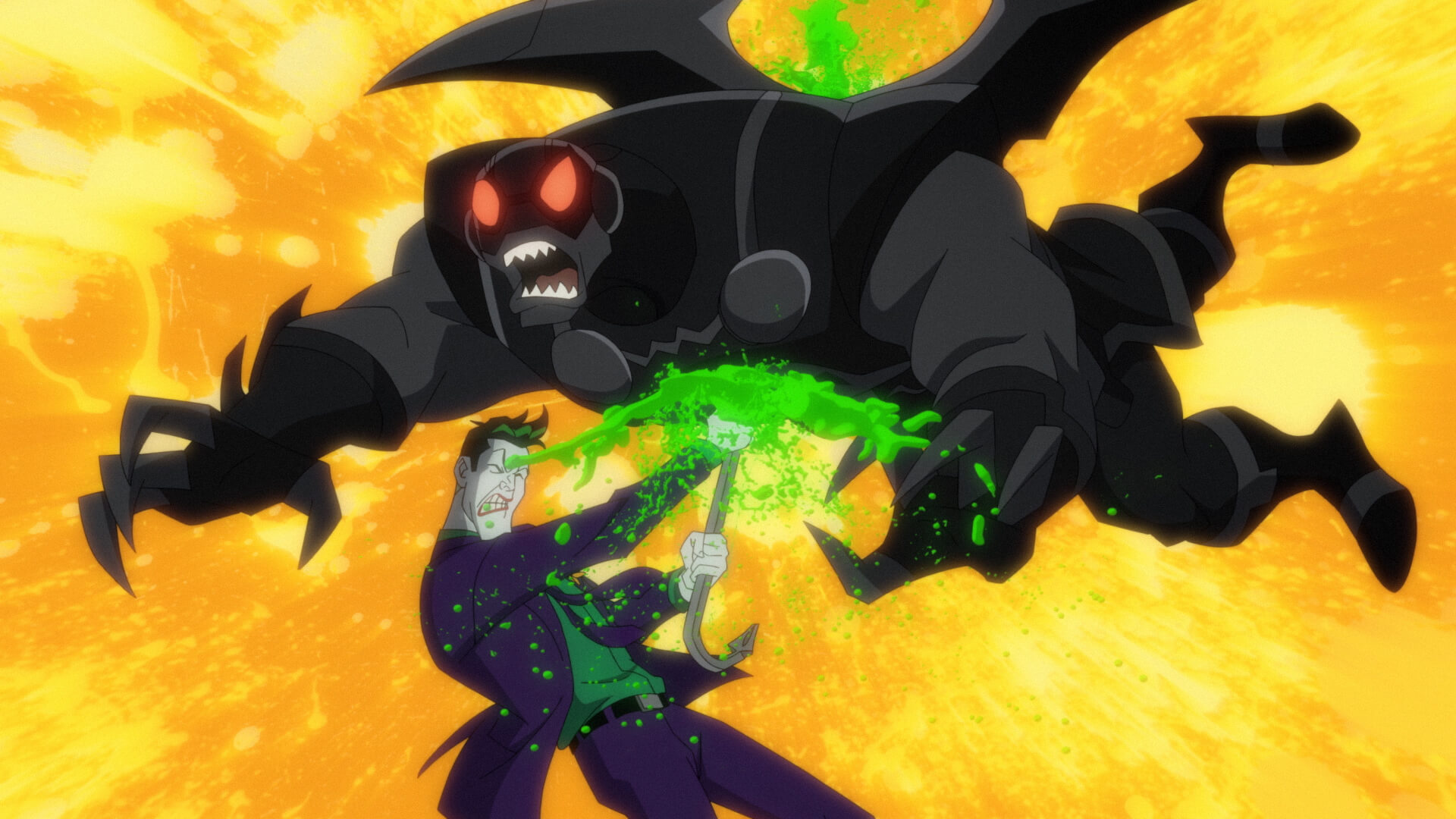 Can someone get these f**king Parademons out of Gotham before anymore people die? We counted at least 7 dismembered human corpses in the street, but there are probably thousands more we missed. At least 13 of the Parademons were brutally killed, which still leaves hundreds on the loose, but it brings the episode body count to 20, and the season total to 235.5. Honorary mention to the spooning Parademon who had their skull melted by their mate – death by cuddling. 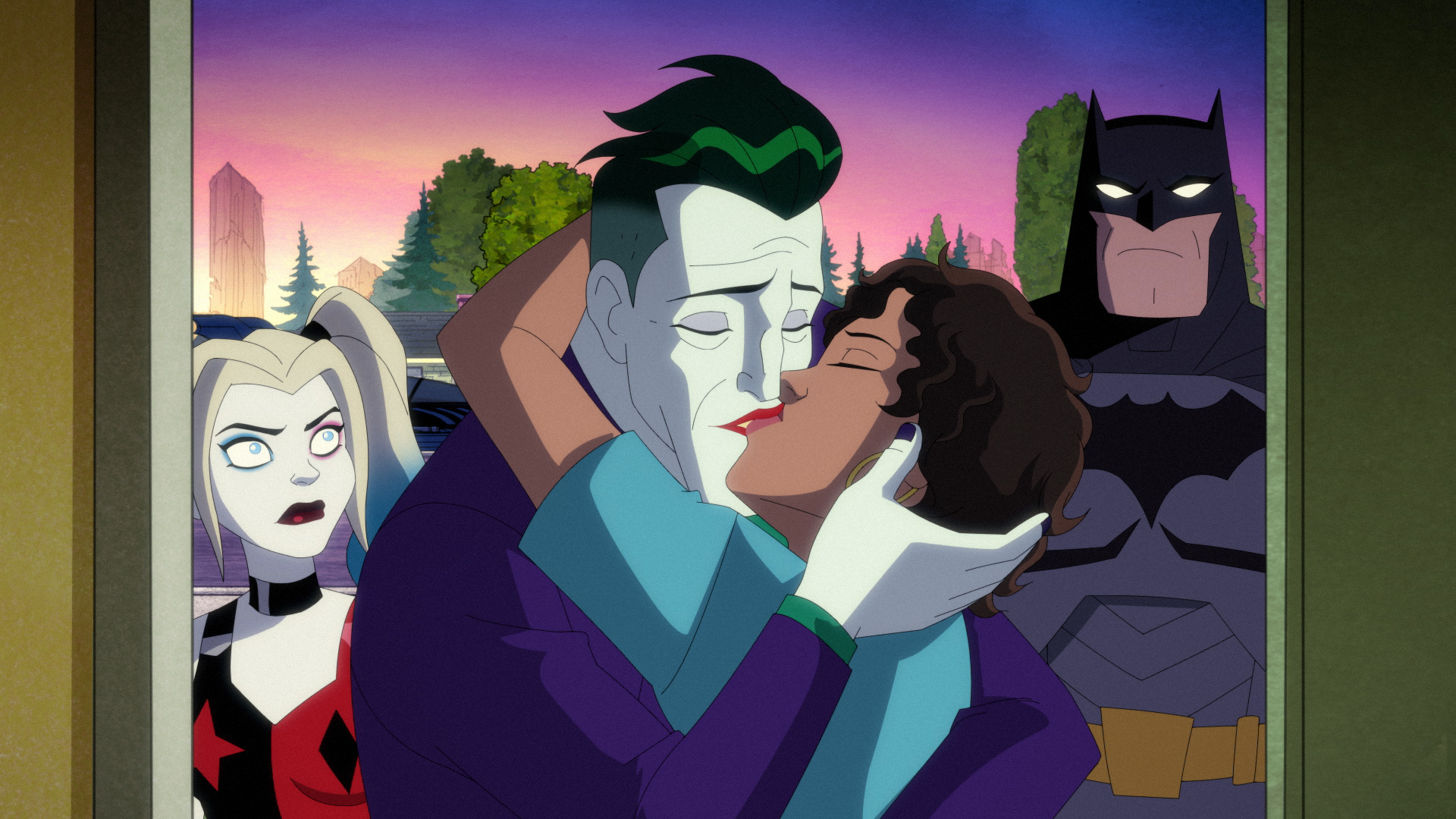 Pay careful attention to the dossiers Batman has on Harley Quinn and Joker. They contain references to Bob Kane, Bill Finger, Jerry Robinson, Paul Dini, and Bruce Timm – the creators who defined Harley and the Joker. One of the aliases listed for Joker is Dr. J Reko, an alias the Clown Prince used in the classic graphic novel Batman Adventures: Mad Love.

THE BOY WHO NEVER GREW UP 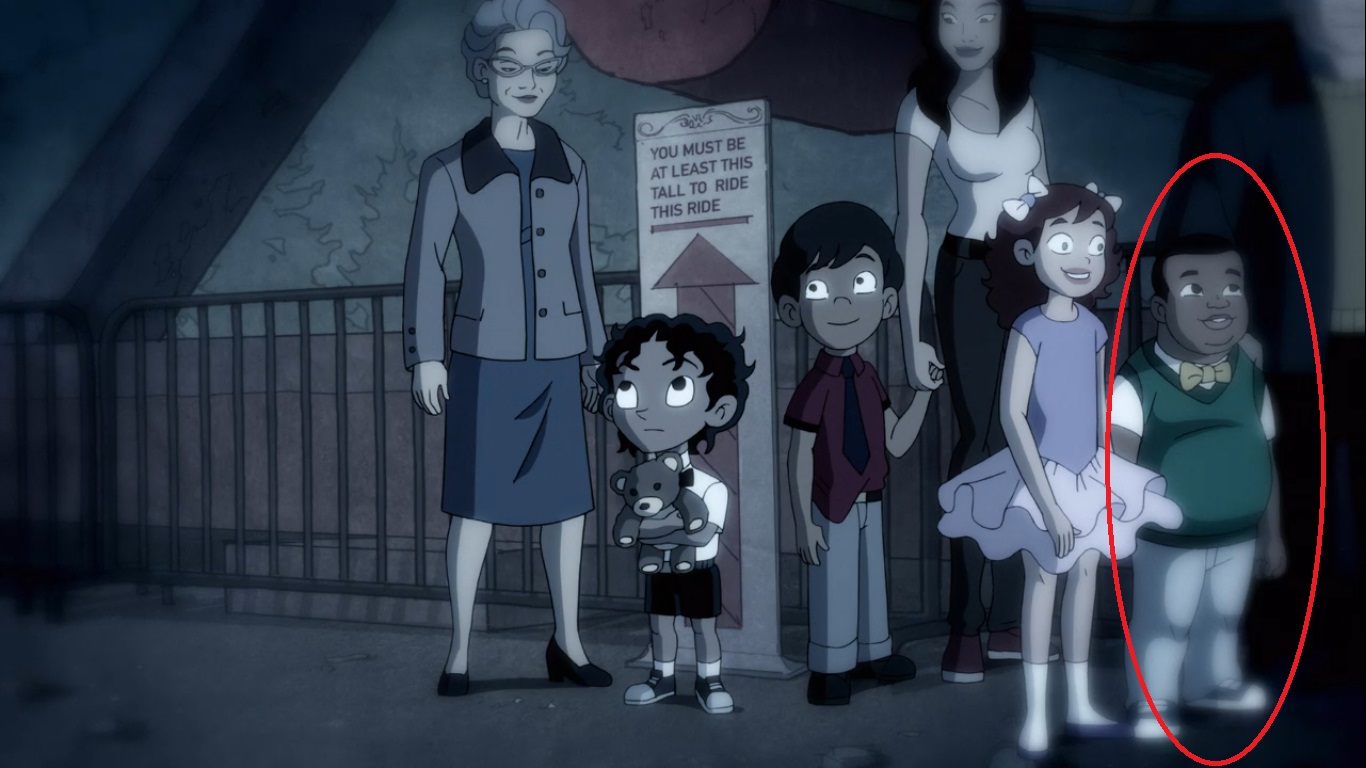 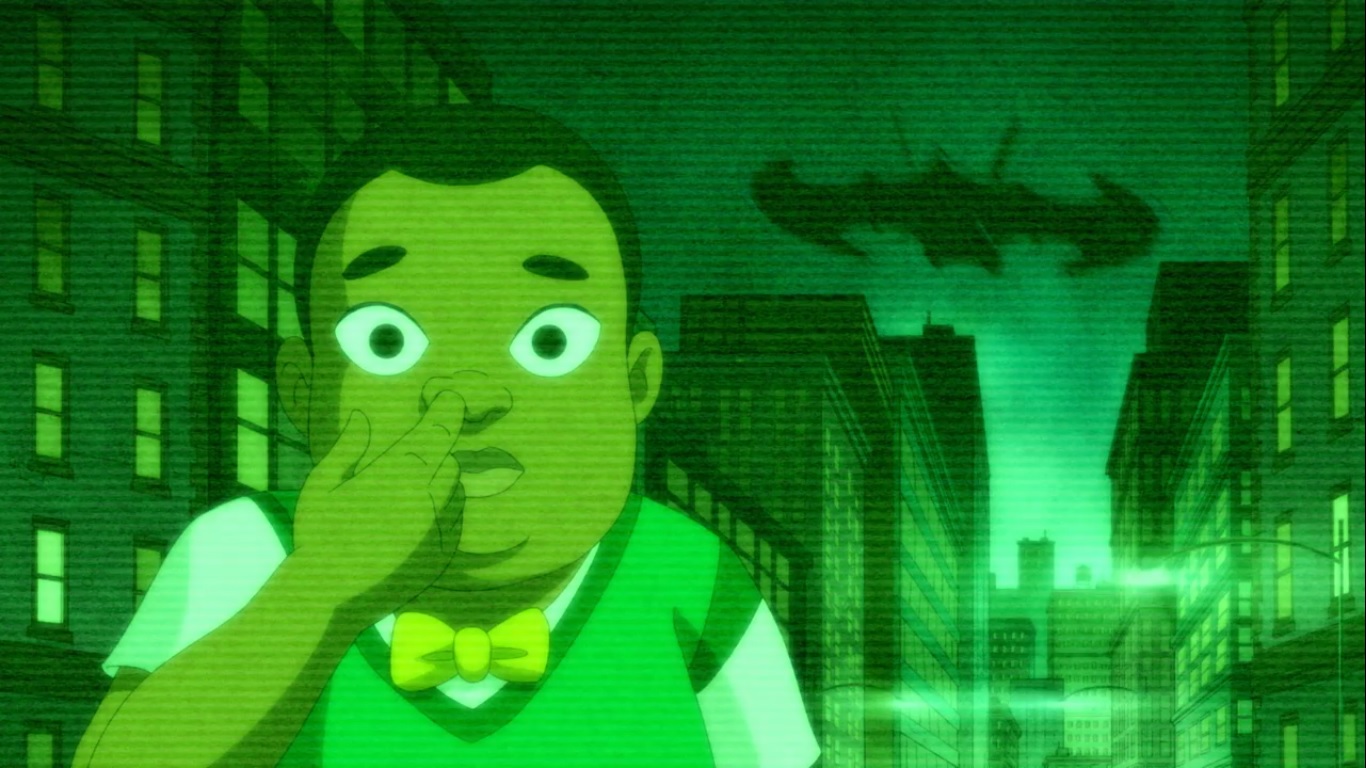 Pay attention during Psycho’s childhood flashback. A small bow-tied African-American boy can be spotted in line for the Ferris wheel. That same boy can be seen in the present day as Batman is scanning for the Batplane’s whereabouts. He hasn’t aged a day and we’re dying to know why. Is he a wizard? A timelord? Another one of Clayface’s personas? He was also seen with the President of the United States in the opening scene of “Inner (Para) Demons,” which means he’s closer to world domination than we may think. Could this be the Big Bad of a potential season 3?

S**t is starting to hit the fan, and the next episode looks like it will be intense. It’s Harley vs. Ivy -- and we have a feeling saying "Martha" won’t help!

Should Frank do recaps for every DC Universe show? Let us know in our Community!