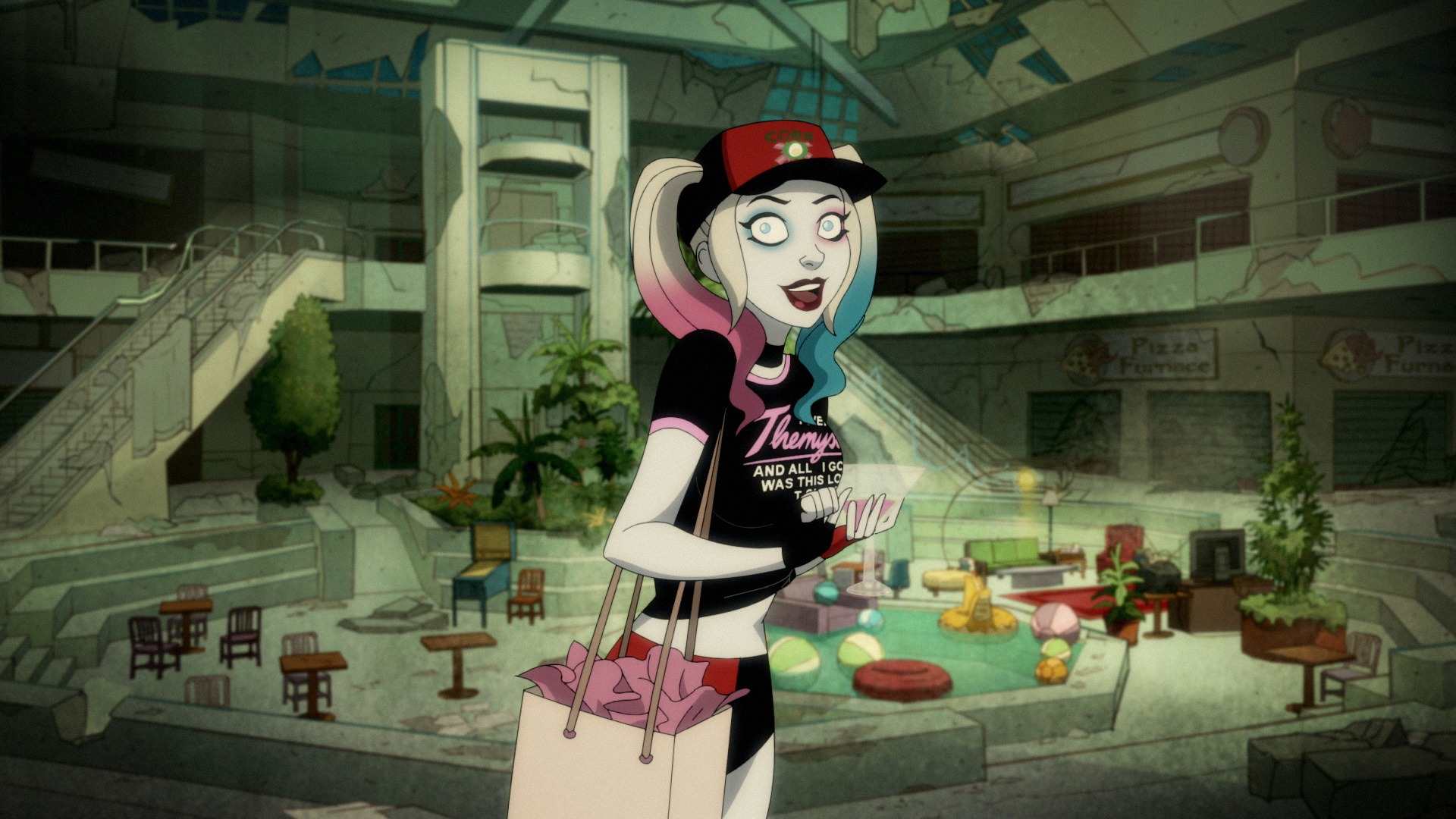 The Most F’d Up Moments in HARLEY QUINN Episode 2-10: “Dye Hard”

What’s more awkward than a night out with your ex? How about a night handcuffed to your ex as Parademons and criminals try to disembowel you? What else did you expect from DC Universe’s Harley Quinn? Here’s our breakdown of all the F’d up s**t from the episode “Dye Hard.” 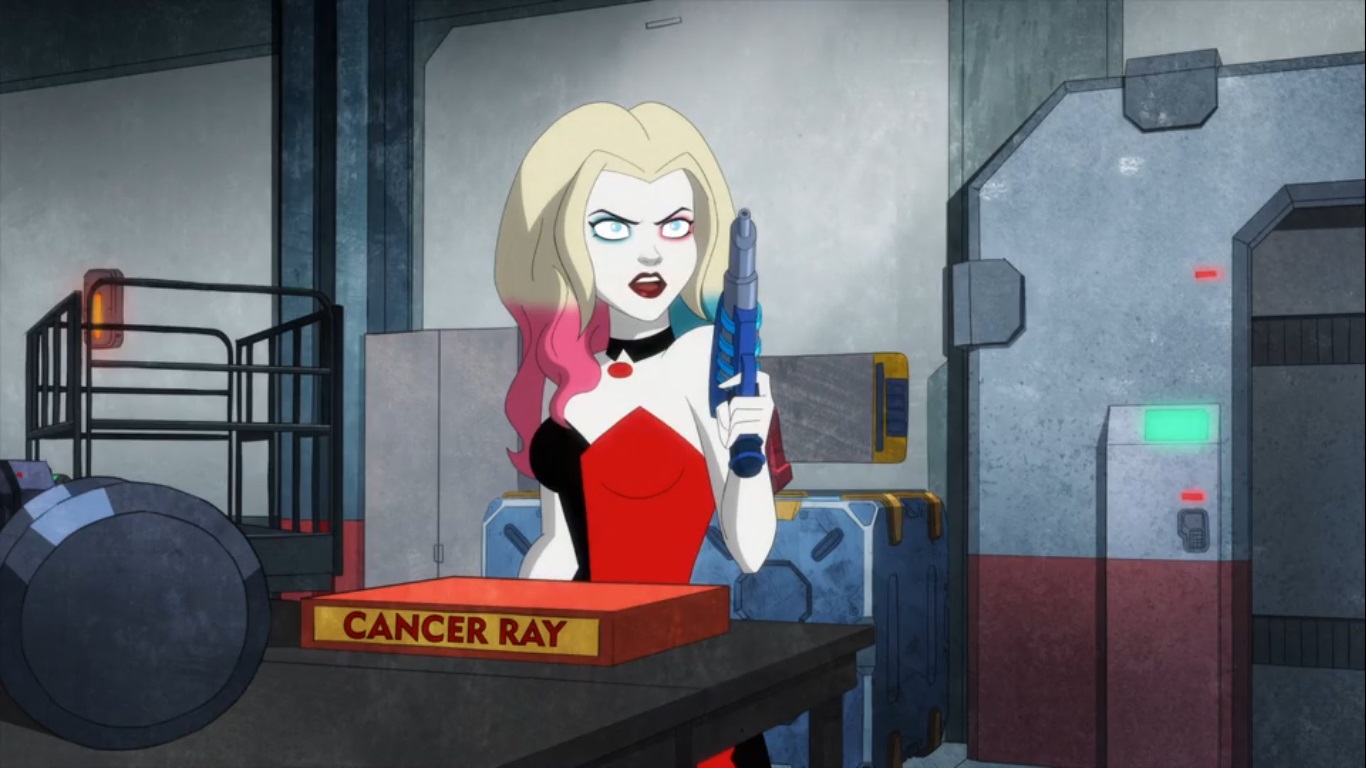 * Over the course of this show, we’ve learned more about Gordon’s anatomy than the previous 80 years of Batman comics combined. Unfortunately, it’s a bit TMI. “These hellrats are spreading faster than chlaymd’ on my knob.” Jim Gordon, your men didn’t need to hear that, and neither did we. Also, please see a doctor. This show is full of them.

* What the heck was up with the Cancer Ray? Harley might be insane, but she had a good point about it – why would Wayne Enterprise’s even need to make that? Please don’t tell us Batman is planning on adding that to his utility belt. This is partially Harley’s fault since she should always check the labels of any guns laying around. We’re glad Carl used this as a wakeup call to spend Christmas with his kids, but it didn’t have to be this way Harley!

* We can’t believe that Doctor Psycho would just betray the crew after everythi…hmmm…come to think of it, we’re surprised we didn’t see this coming sooner. Honestly, out of everyone from the crew, the short-tempered Doctor Psycho seemed the most likely to go rogue. If anything, we should be surprised that it took so long. The betrayal may sting, but is anybody really surprised?

Who gives a flying f**k? Apparently a lot of people do, since this episode had 12 F-bombs, bringing our season 2 total to 77!

This brings Harley’s season total to 29, Psycho’s to 21, and gives Clayface his first F-bomb of the season. It turns out that Clayface is really passionate about the Tony Awards. 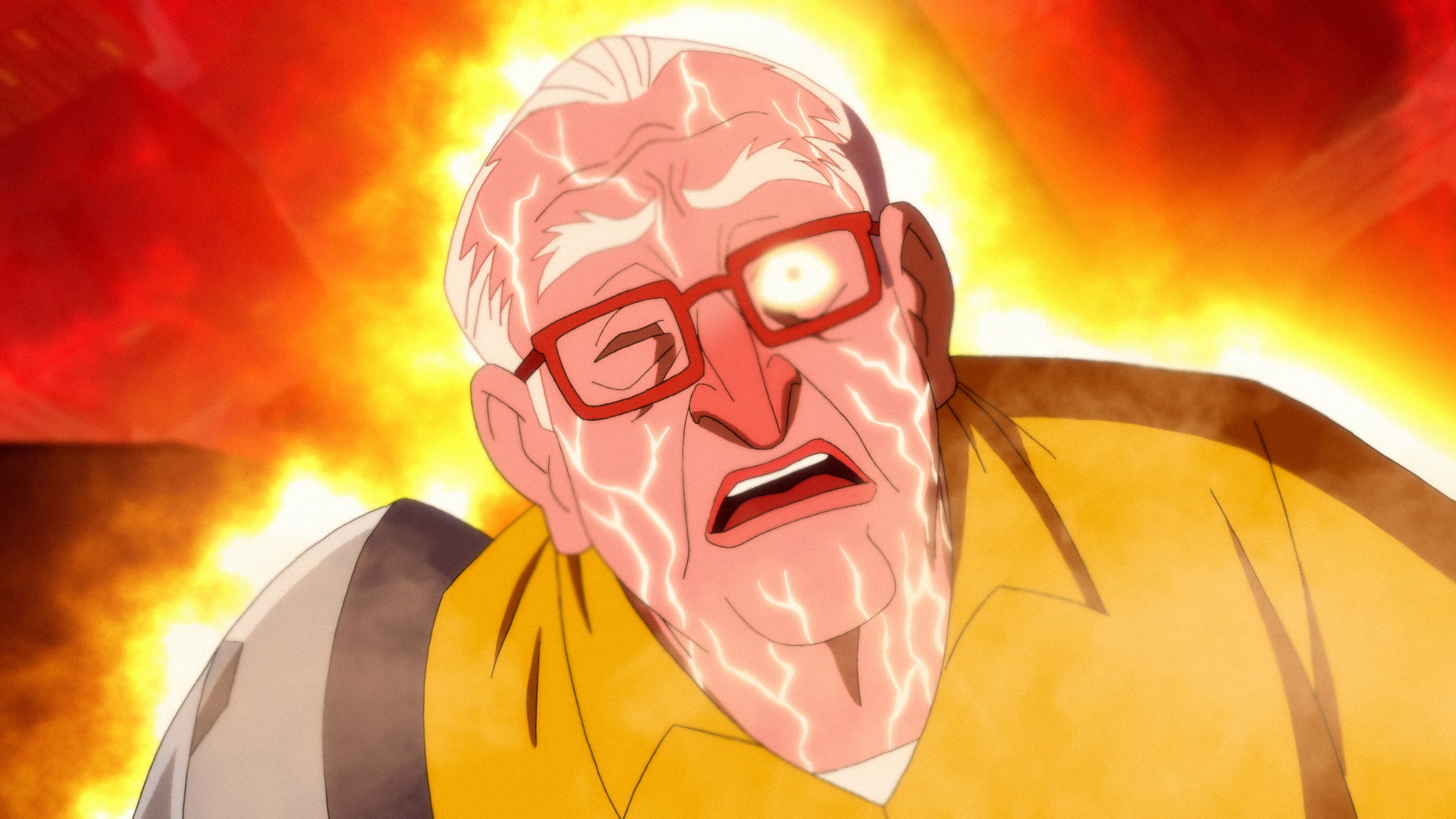 Things got a bit messy this week, as Harley, her crew, and the Joker took out a few of Riddler’s henchmen and some Parademons. There were 9 confirmed casualties, and Harley hit Carl with the cancer ray. Will he survive? It’s hard to say, so we’ll count him as half a death. Sy Borgman made a noble sacrifice in the final act, bringing the episode’s body count to 10.5, and our season 2 total to 215.5. 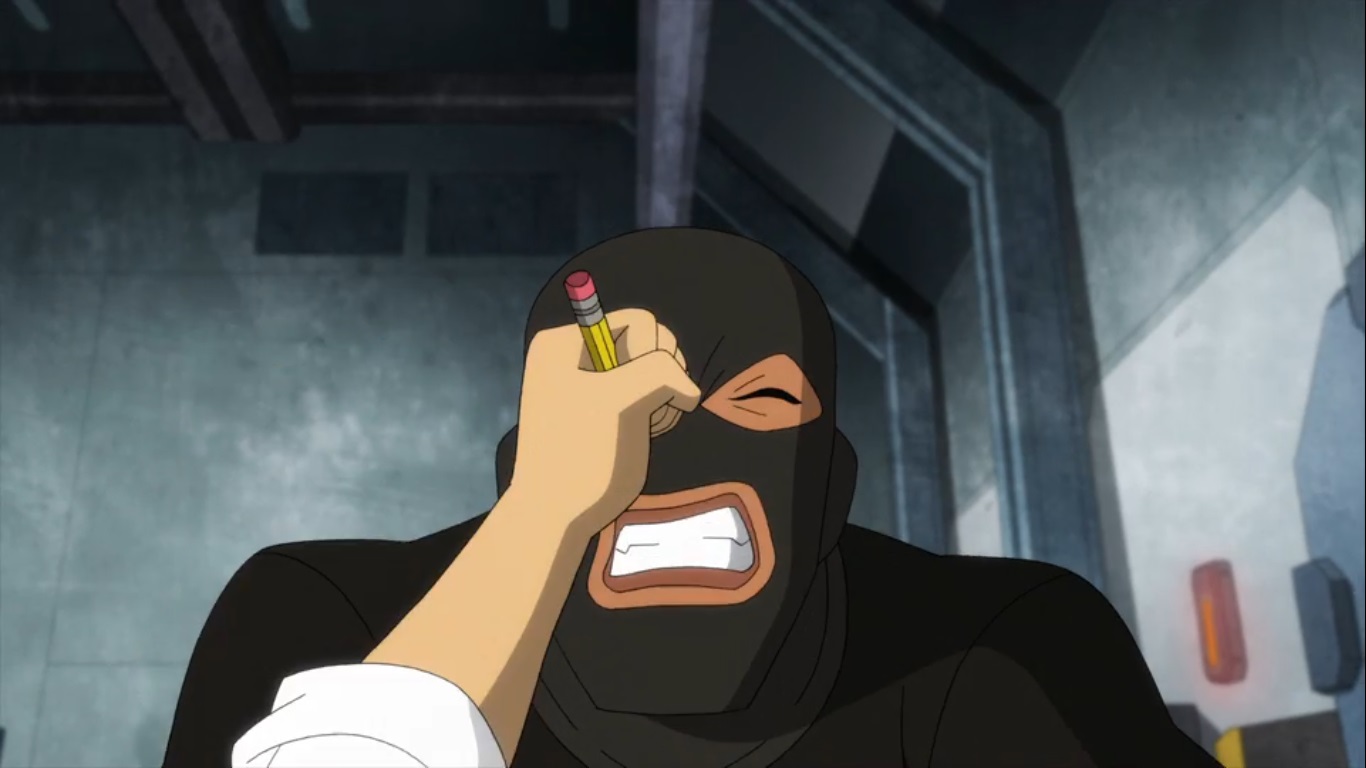 This episode contained a few homages to the Dark Knight’s cinematic history. Harley asks the Joker how much he weighs during a battle, which is reminiscent of what Batman asked Vicki Vale in Tim Burton’s 1989 Batman film. The Riddler’s brainwave helmet seems to be patterned after the one Jim Carrey used in 1995’s Batman Forever, and the Joker killing the goon with a pencil is a callback to Heath Ledger’s “pencil trick” from 2008’s The Dark Knight.

Alas poor Sy. His history may have been violent, and his views on other people problematic, but he was a loyal friend, a subpar landlord, and a great transformer. To relive some of Sy’s greatest moments, check out the episodes “L.O.D.R.S.V.P.” and “Harley Quinn Highway.” 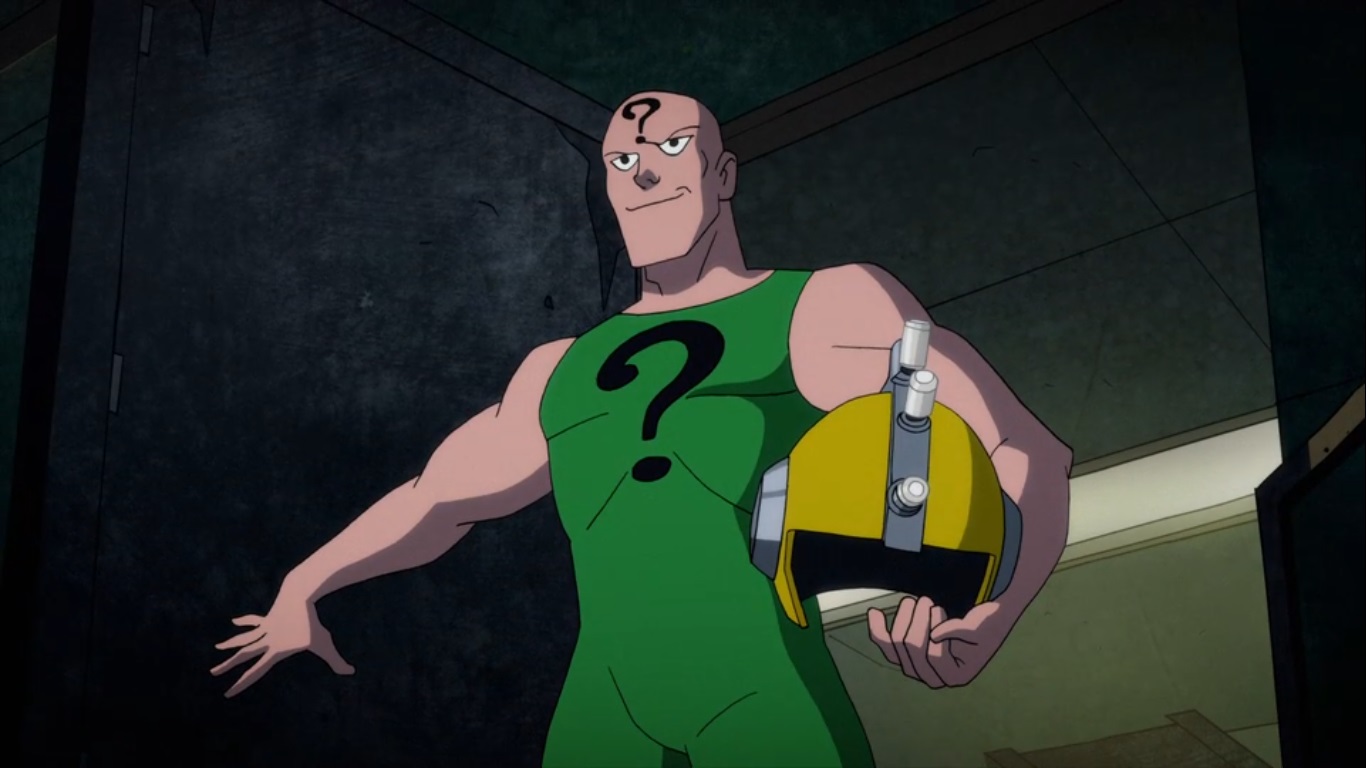 Best Glow Up Award: The Riddler! Riddle me this, who is the beefiest hunk this side of Bludhaven? Edward “The Stud” Nygma!

Was bringing the Joker back a horrible dangerous idea or a colossally dangerous idea? Find out this Friday, June, 12th, when the next episode of Harley Quinn, “A Fight Worth Fighting For,” arrives on DC Universe!

What’s going to happen with Harley and the Joker? Give us your theories in our Community!