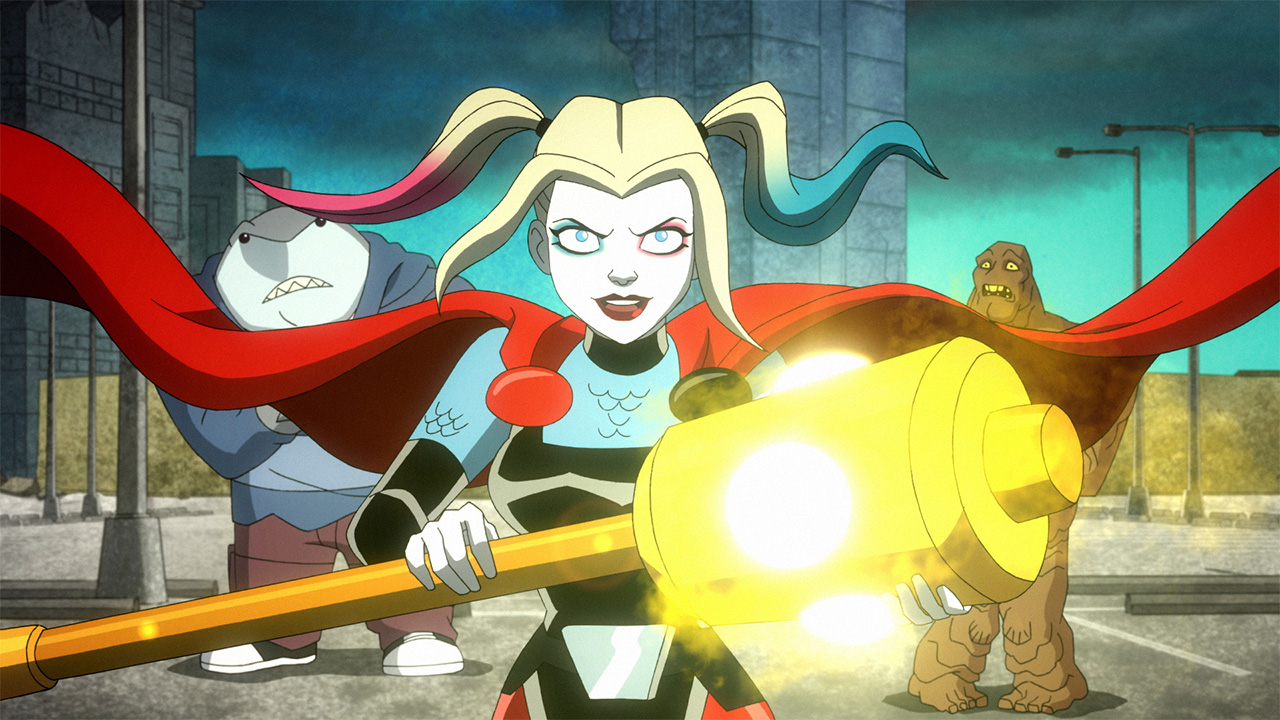 The Most F’d Up Moments in HARLEY QUINN Episode 2-08: “Inner (Para) Demons”

The latest episode of Harley Quinn was another F’d up roller-coaster ride. Now that Ivy and Harley have kissed, what’s next for the Lady of Lunacy and her crew? Here’s our rundown of how Harley handled the aftermath in the episode “Inner (Para) Demons.” 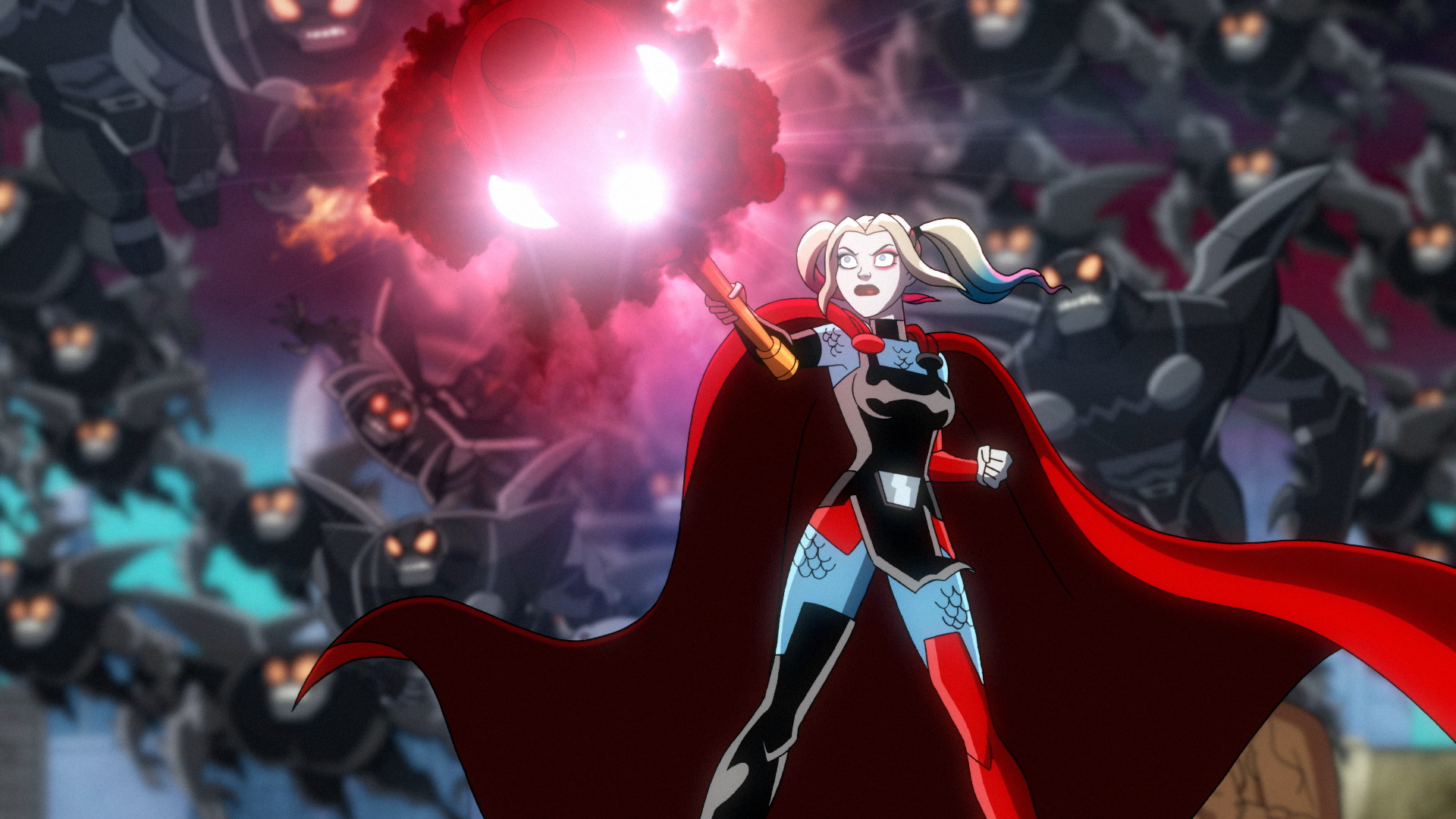 * It’s cool that Harley learned a very important lesson, but did all those people have to die for her to do it? Harley and Gordon’s war caused countless civilians to painfully die, and it was all because she couldn’t work out her s**t after kissing Ivy. If the expression “that escalated quickly” had it’s own image, it would be the Parademon battle.

* Did Dr. Psycho really just suggest that Harley and the crew kill puppies?! There has been some evil F’d up s**t in this series, but that crosses the line. Frankly, we’re glad Dr. Psycho is out of the crew, because those attitudes about puppies are not welcome here. 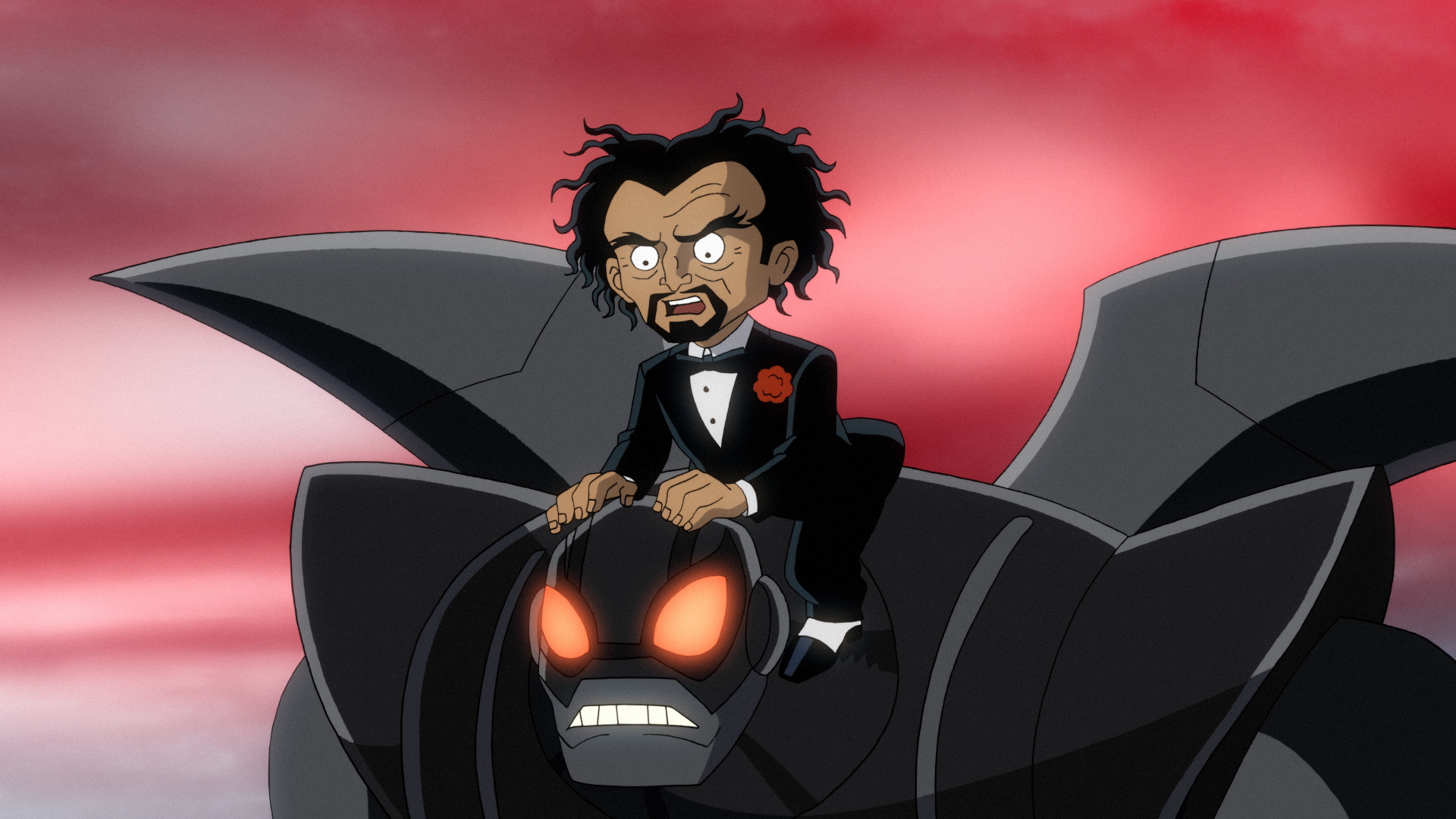 Ivy’s tongue wasn’t the only thing in Harley’s mouth. The Lady of Lunacy and her friends did their fair share of swearing this week, dropping 13 F-bombs, bringing the season 2 total to 53. 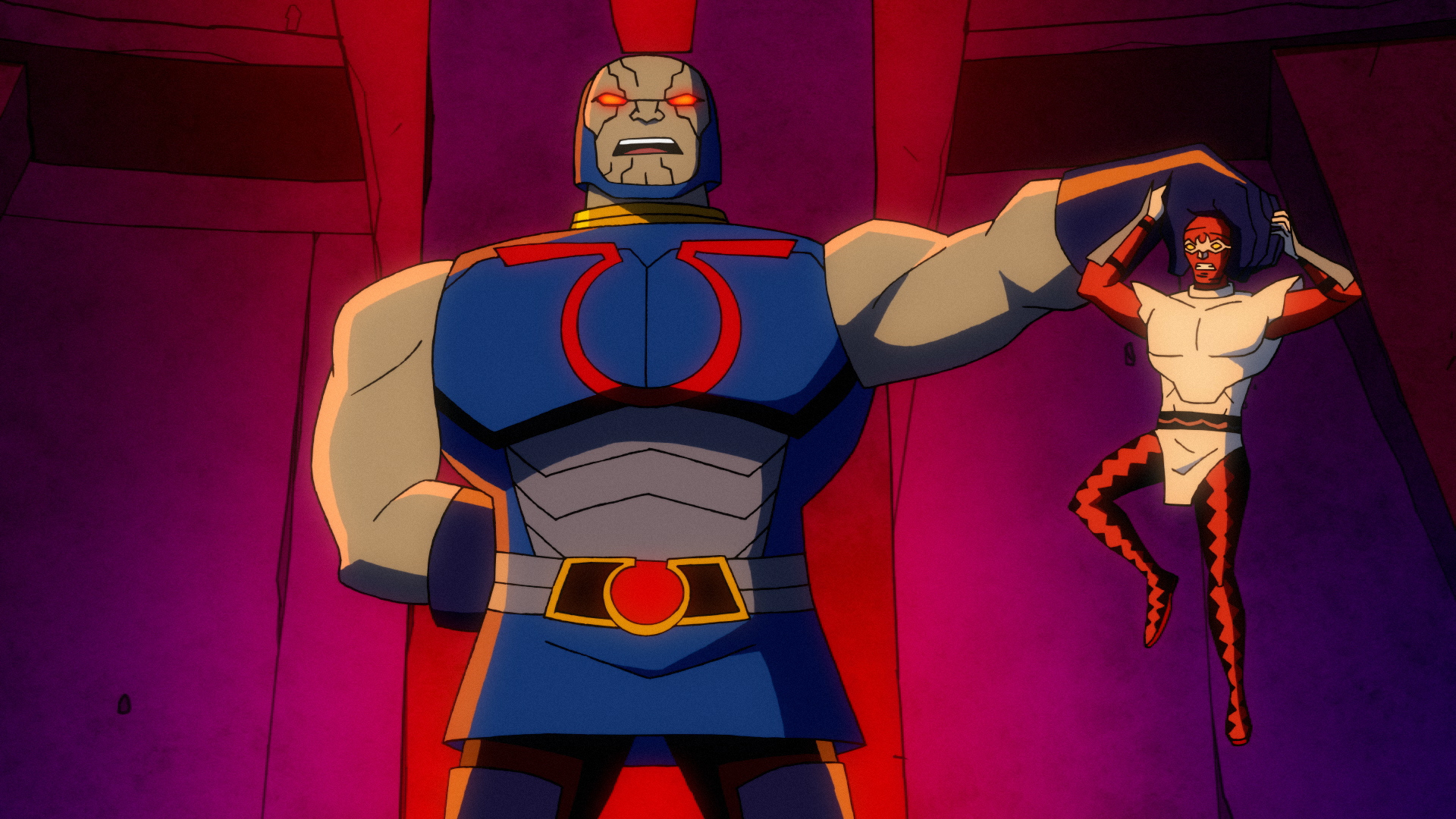 Poor Forager! After falling in love with that bug on Young Justice: Outsiders, it broke our hearts to see Darkseid crush his skull this week. We also counted 23 corpses during the Parademon battle, but if we’re being honest, there was probably more. This gives the episodes a confirmed body count of 24, bringing our season 2 death total to 197. 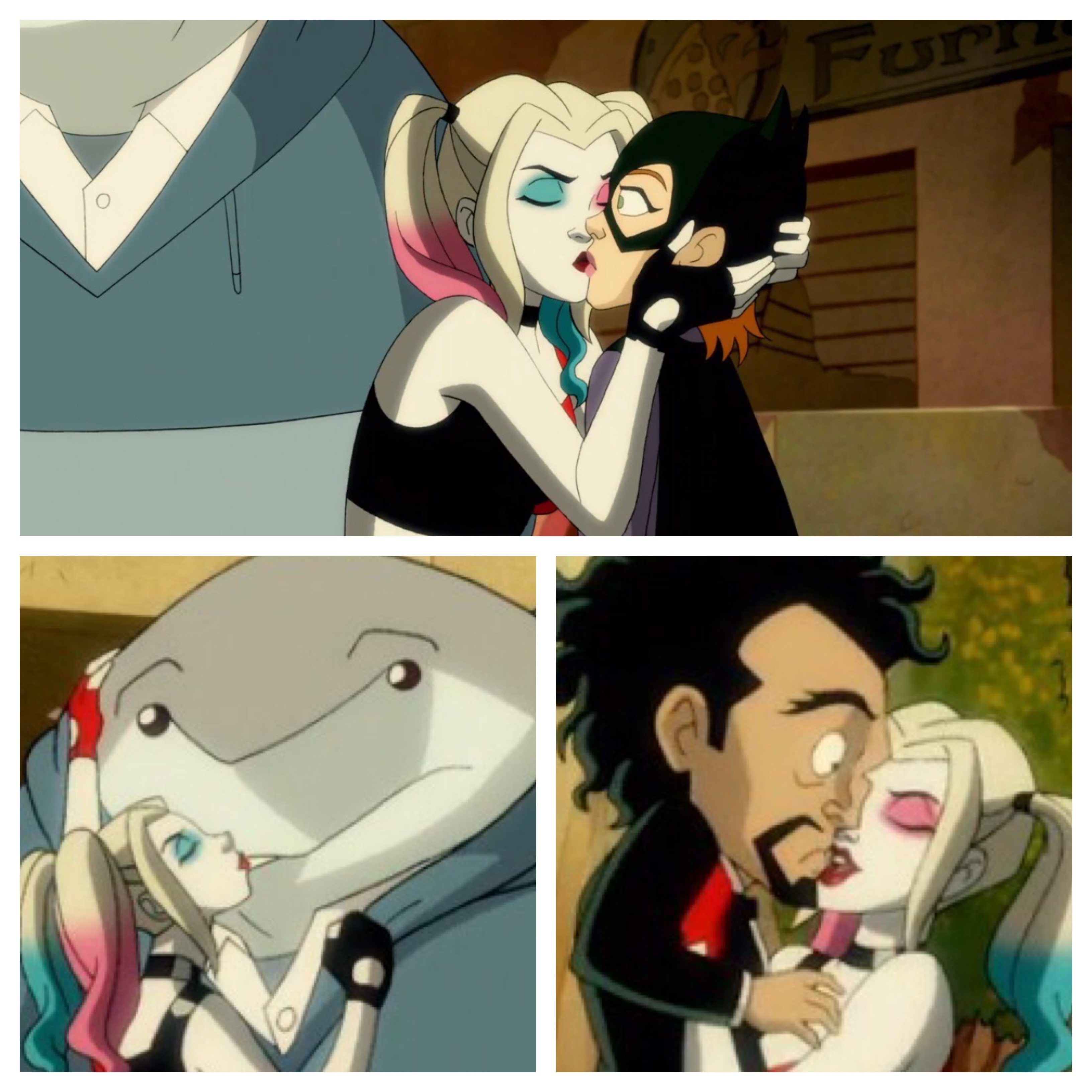 Last week Harley broke the internet when she kissed Ivy, but the Lady of Lunacy was just getting started! This week Harley continued her kissing rampage by locking lips with Batgirl, Dr. Psycho, and King Shark. It’s totally normal. She’s Harley Quinn, and she kisses people all the time. Nothing strange about that. 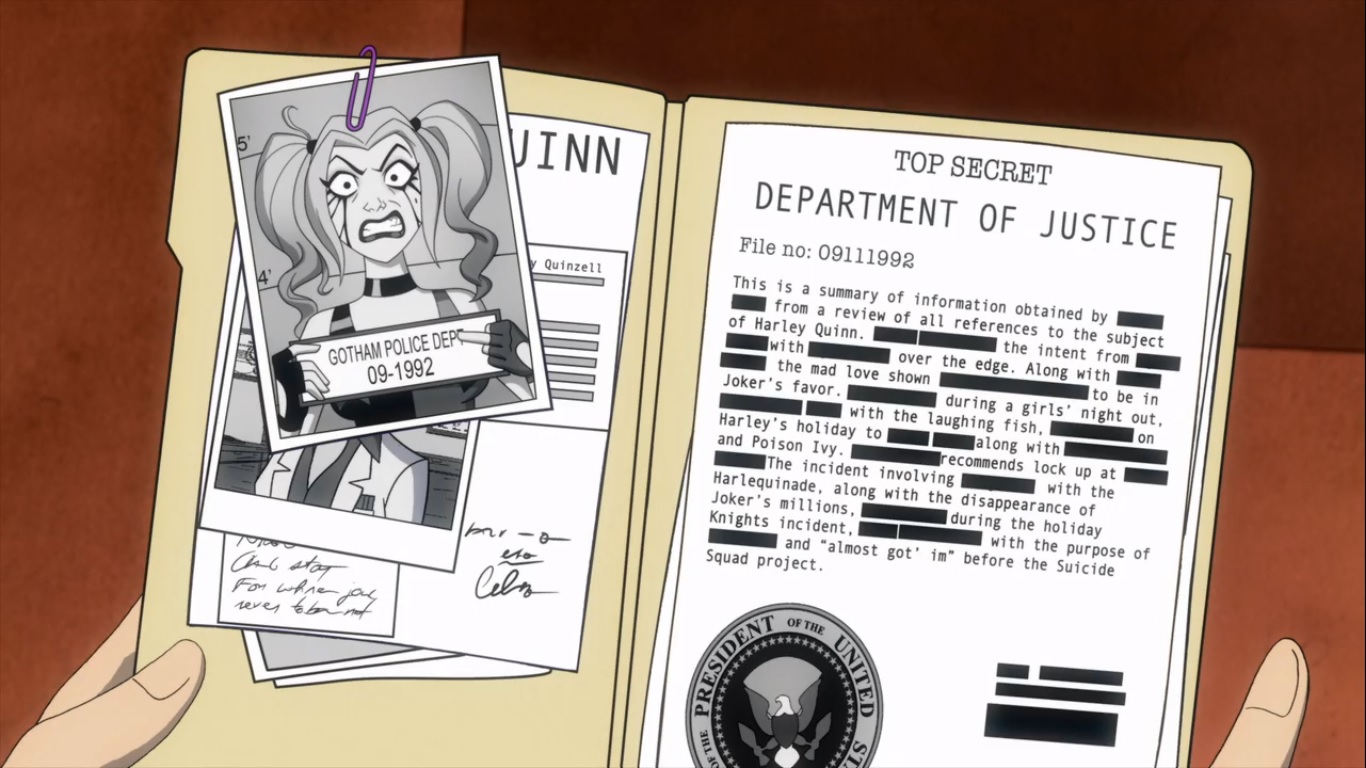 Did you get a good look at Harley’s dossier from the President’s desk? Her mugshot says 09-1992, which is the month and year Batman: The Animated Series premiered. The intel summary also contains references to some of the cartoon’s greatest episodes, including “Joker’s Favor,” “Harley’s Holiday,” “Laughing Fish,” and so many more. Hit pause at the right moment, and see how many you could find! 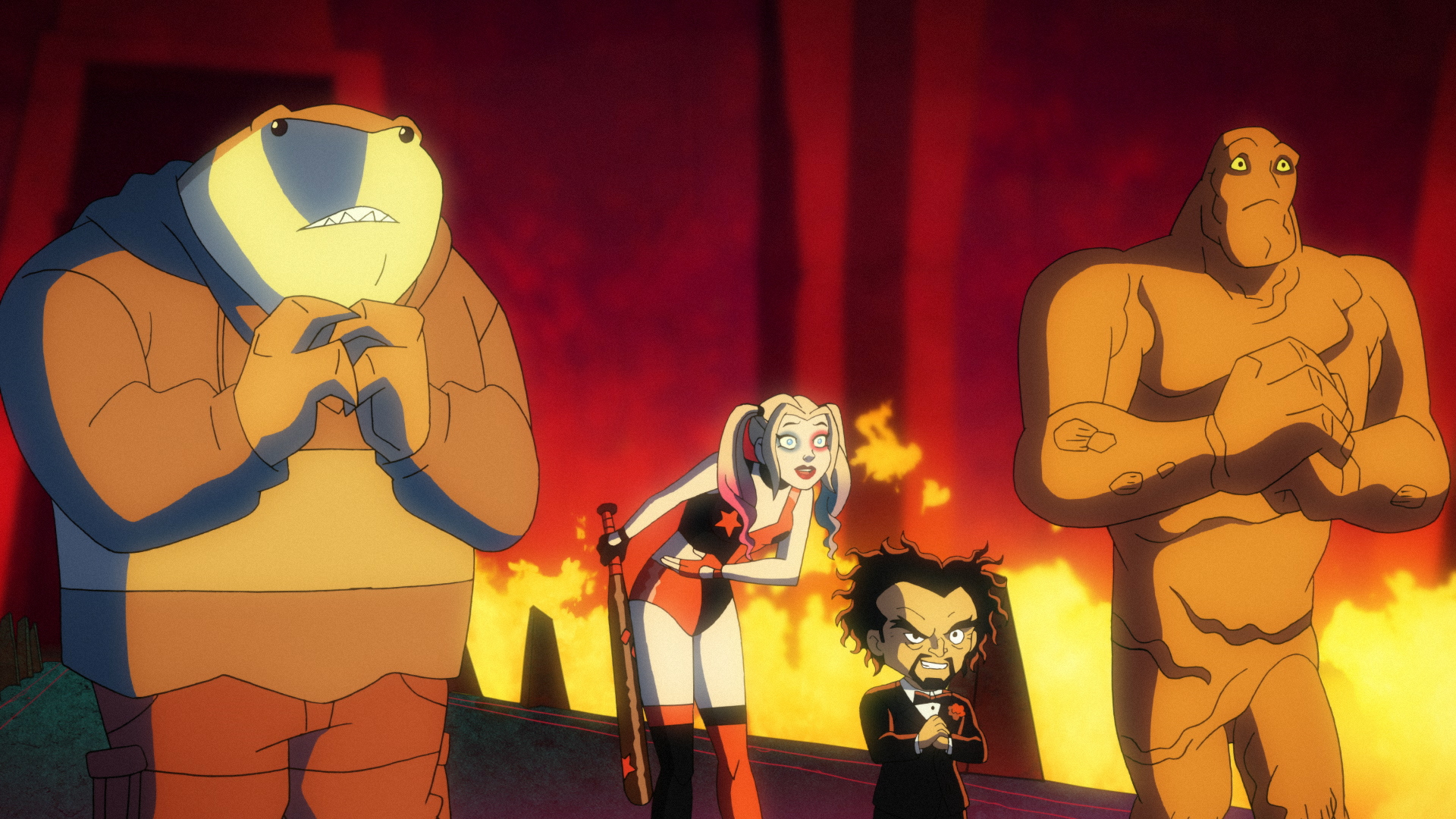 Harley: This is just my Wednesday!

If we’re being honest, that’s probably the most relatable exchange of the series.

Now that the Parademons have gone home, it’s time to plan Ivy’s bachelorette party! It’s going to be wild, so make sure you’re here for the festivities this Friday.

Should Harley make a romantic gesture to stop the wedding? Give us your thoughts in our Community!