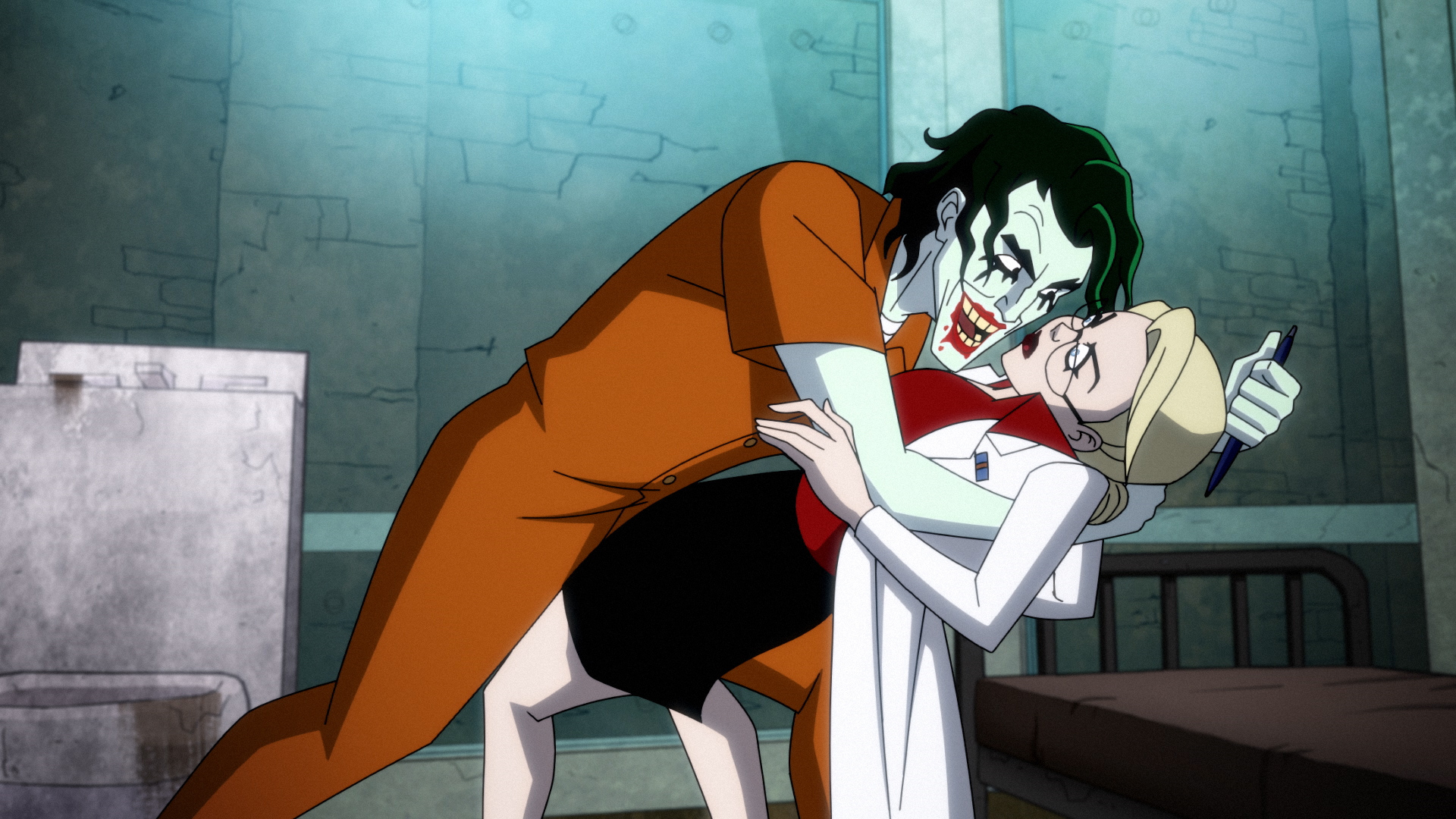 The Most F’d Up Moments in HARLEY QUINN Episode 2-06: “All the Best Inmates Have Daddy Issues”

This week on DC Universe’s Harley Quinn we met a normalized Joker, saw Harley’s first meeting with Ivy, and learned that Harvey Dent was always a two-faced jerk. There was a lot to unpack in this origin episode, so let’s dive into “All the Best Inmates Have Daddy Issues.” 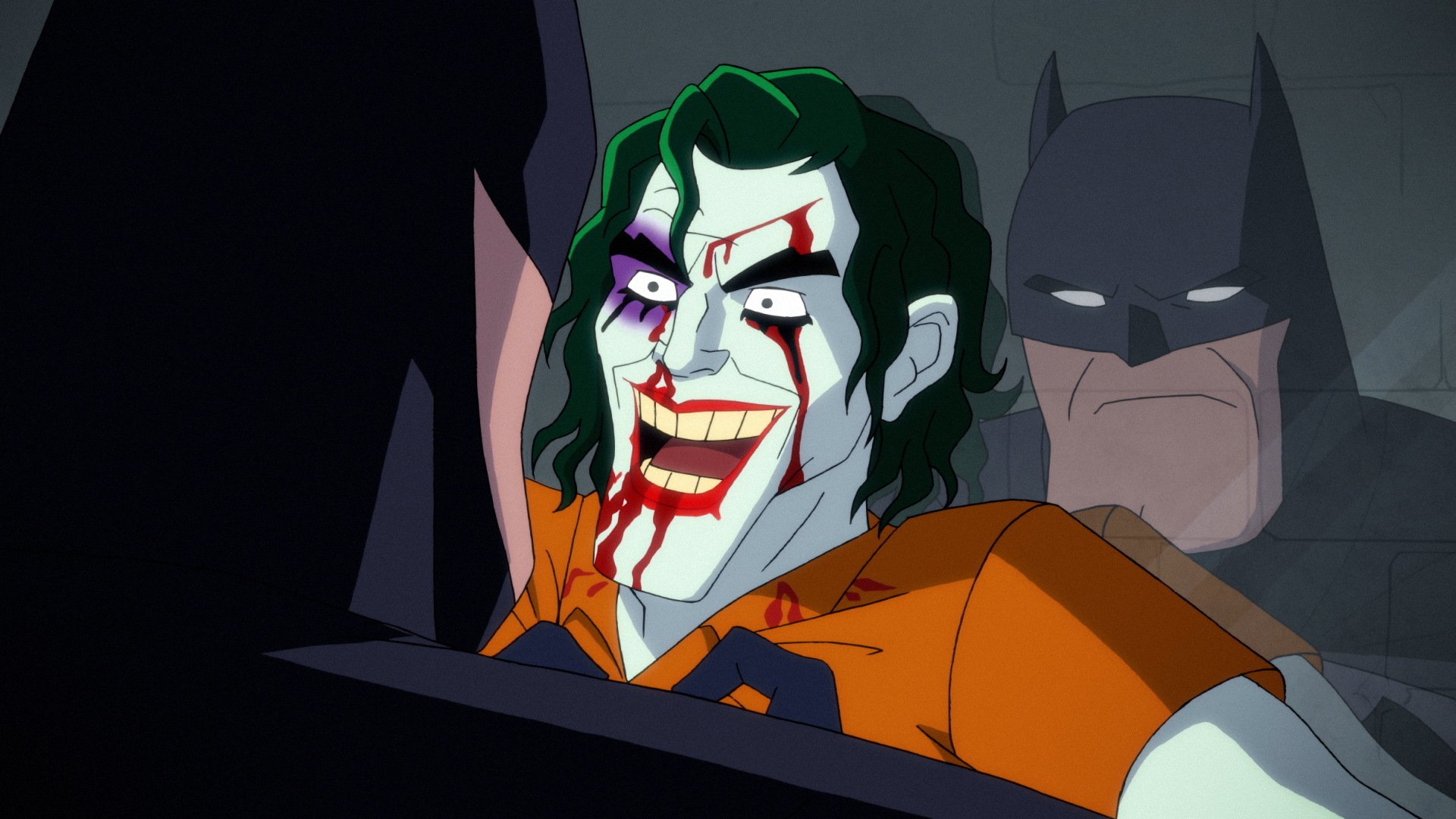 * Harvey Dent is the worst. People always go on about how he was a good man before he became Two-Face, but this flashback made it clear that he was always a bit unhinged. For some reason he seems to be pushing for a bill called Prop 17, which will allow guards to burn inmates. Are we supposed to be okay with this? Worst of all, he lied to Gordon about having more licorice.

* It’s no surprise that the Joker is a dick, but dropping Jason Todd’s name to get under Batman’s skin was super low. The continuity nerd in us loved the confirmation that Jason existed in this timeline, but that was a pretty coldhearted way to do it.

* This episode revealed that Doctor Psycho has no urinal etiquette. It was bad enough knowing he was an ill-tempered misogynist. But now we know that he’s also the type of guy who will inappropriately comment on your anatomy when you’re trying to relieve yourself – right before he probes your mind. Honestly, Psycho, you’re the worst. 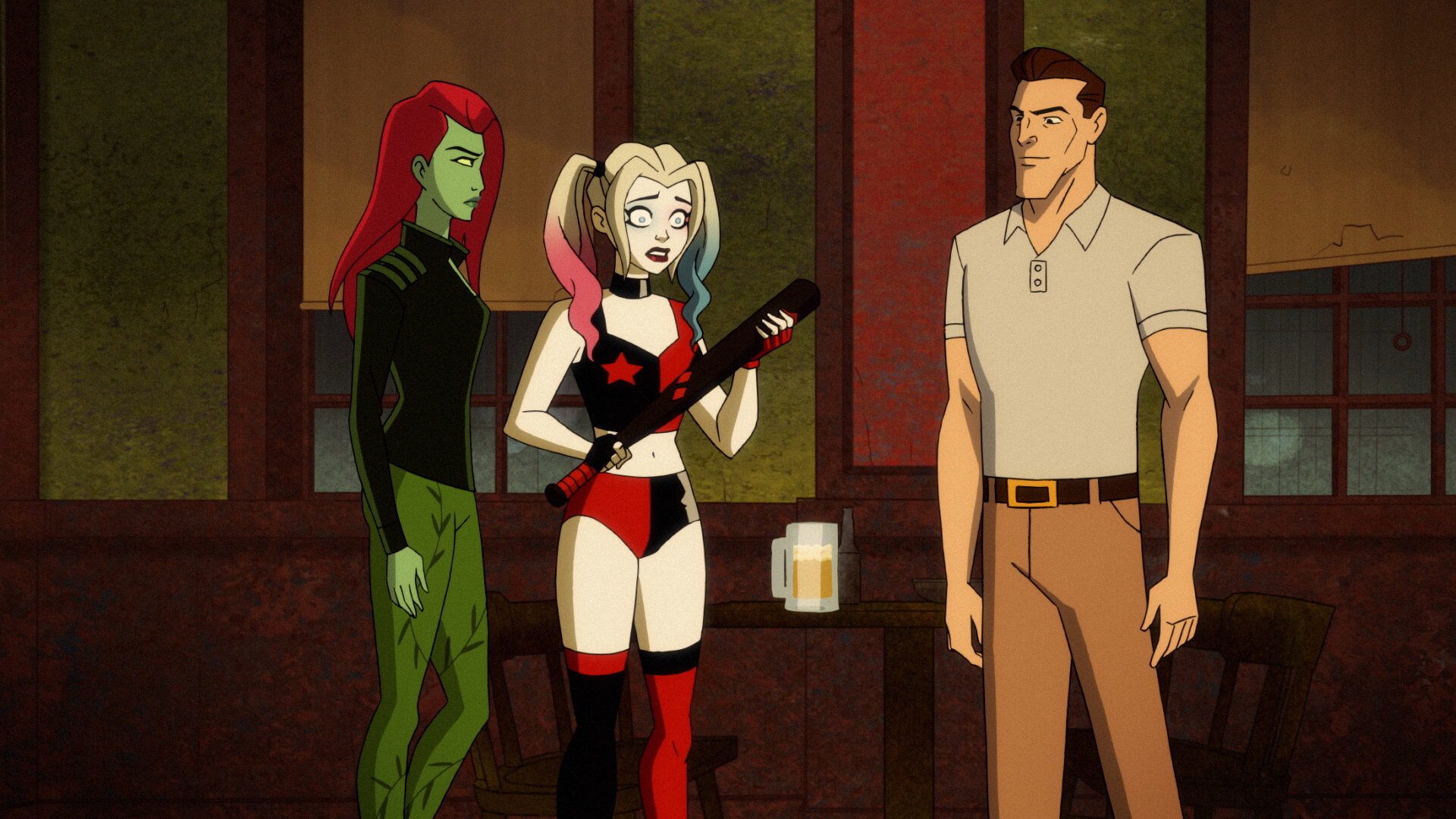 Whether in a flashback or the present day, Harley and her crew have always had foul mouths! This episode contained 7 F-bombs, bringing the season total to 40. 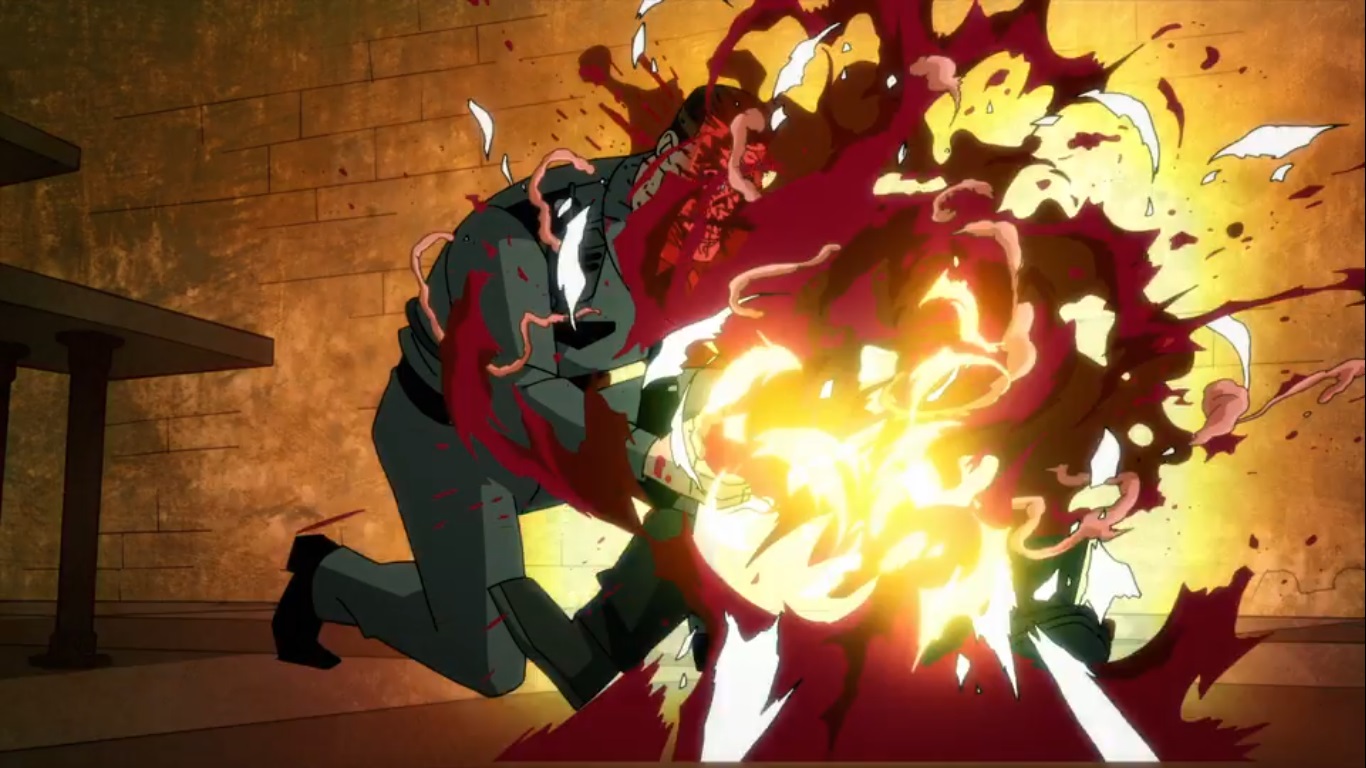 Poor Luigi, he poured his heart into his cooking and in the end it exploded. Arkham’s Italian chef met his bitter end after the Clown Prince of Crime somehow placed a bomb in his heart, proving that Gotham’s famous asylum is the most dangerous place to work in the city. On the same day Luigi met his explosive end, 3 guards were killed by Poison Ivy, bringing this episode’s body count to 4, and our season 2 total to 150. 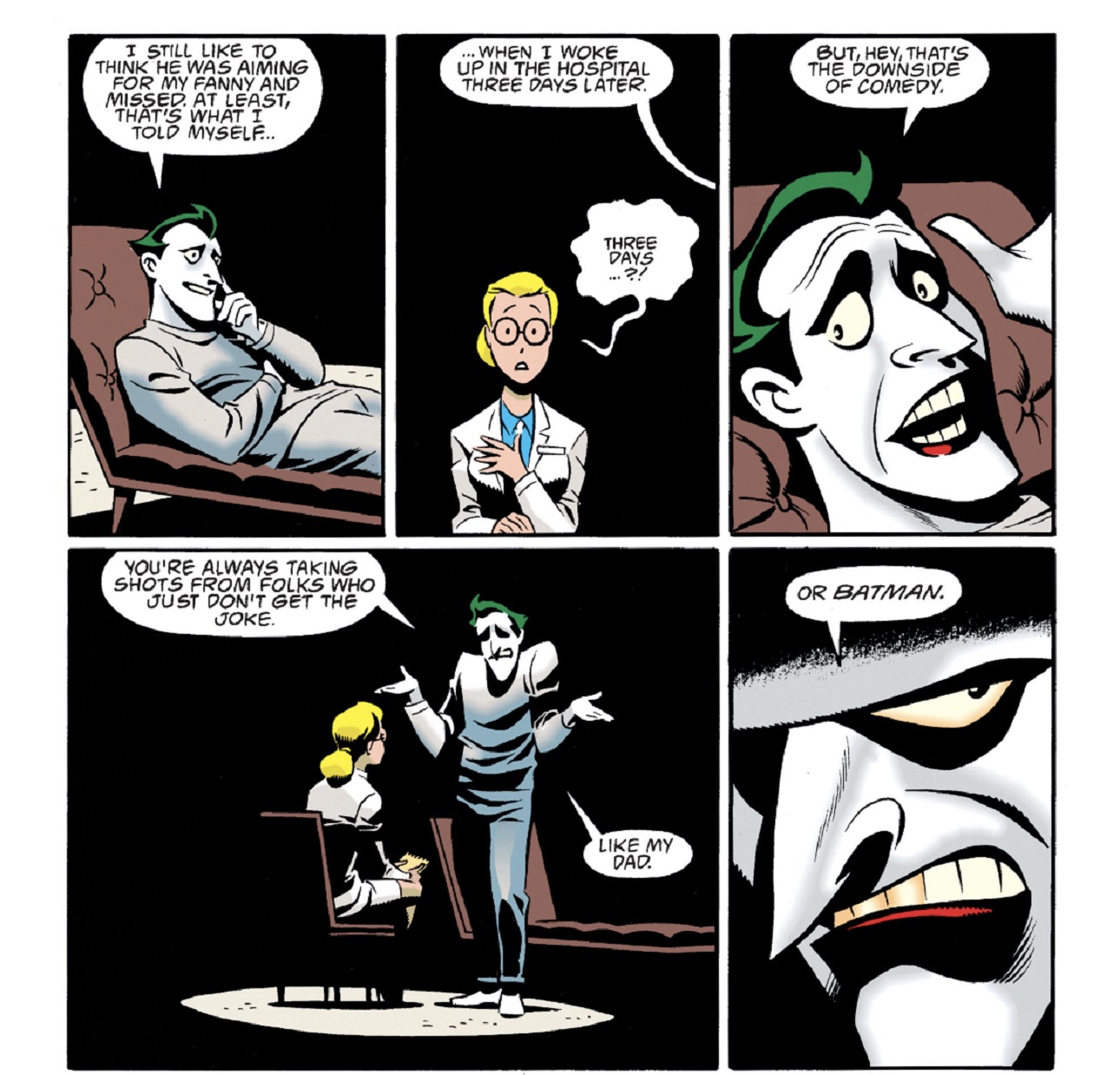 This episode was heavily inspired by The Batman Adventures: Mad Love, a one-shot that explored Harley’s time as an Arkham psychiatrist. The Joker’s comment about not everyone getting the joke is taken straight from that story, along with the revelation that he fabricated his abusive childhood. This episode also referenced Christopher Nolan’s Dark Knight film, with Joker asking Harley if she wanted to know how he got his emotional scars. Mad Love was written by Harley’s creators, Bruce Timm and Paul Dini, and is an essential read if you’re a Quinn fan. Speaking of recommended reading, the Joker turning into an ordinary man is based off a story called “Going Sane,” which ran in Batman: Legends of the Dark Knight #65-68. 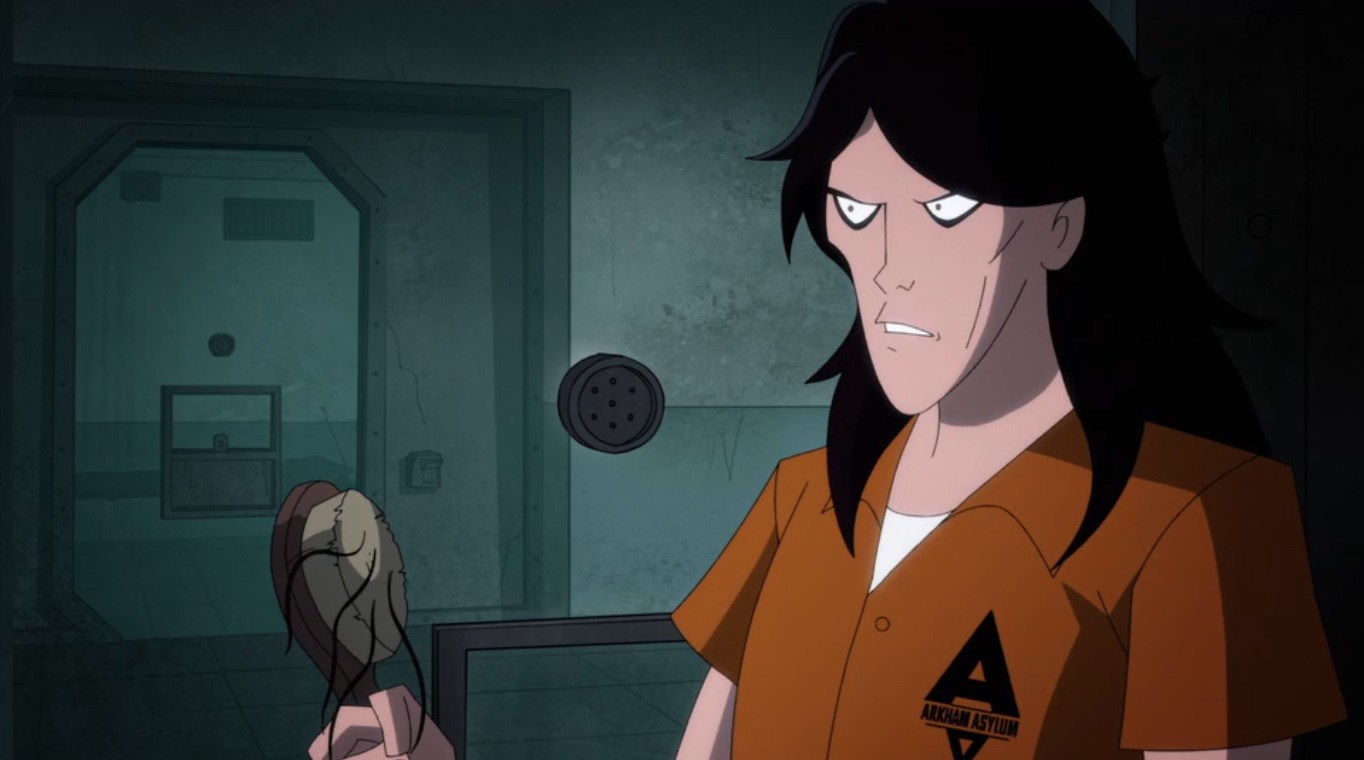 Most Fabulous Hair: Flashback Riddler, because he’s worth it!

Now that we’ve visited Harley’s past, it’s time to turn our attention towards her future. Tune in this Friday, May 15th, as Two-Face puts Harley and Ivy on trial. Will justice be served?

What does Two-Face have planned for Harley and Ivy? Give us your best theories in our Community!