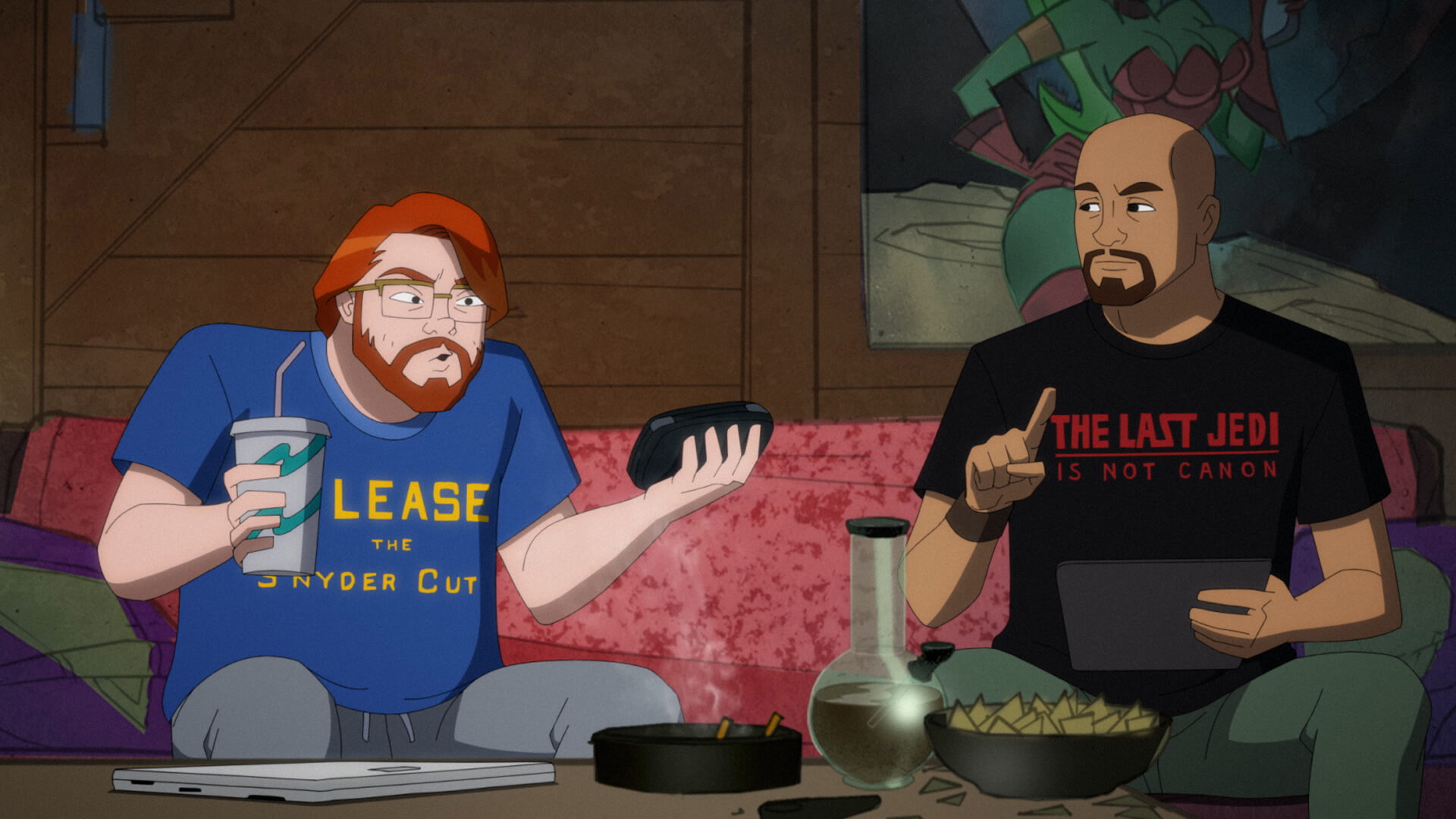 The Most F’d Up Moments in HARLEY QUINN Episode 2-05: “Batman’s Back, Man”

This week on DC Universe’s Harley Quinn, the Lady of Lunacy and her crew took a break while the episode focused on Batman and Batgirl. Did Harley’s absence cause everyone to behave themselves? F**k no! Here’s all the crazy s**t that went down in “Batman’s Back Man.” 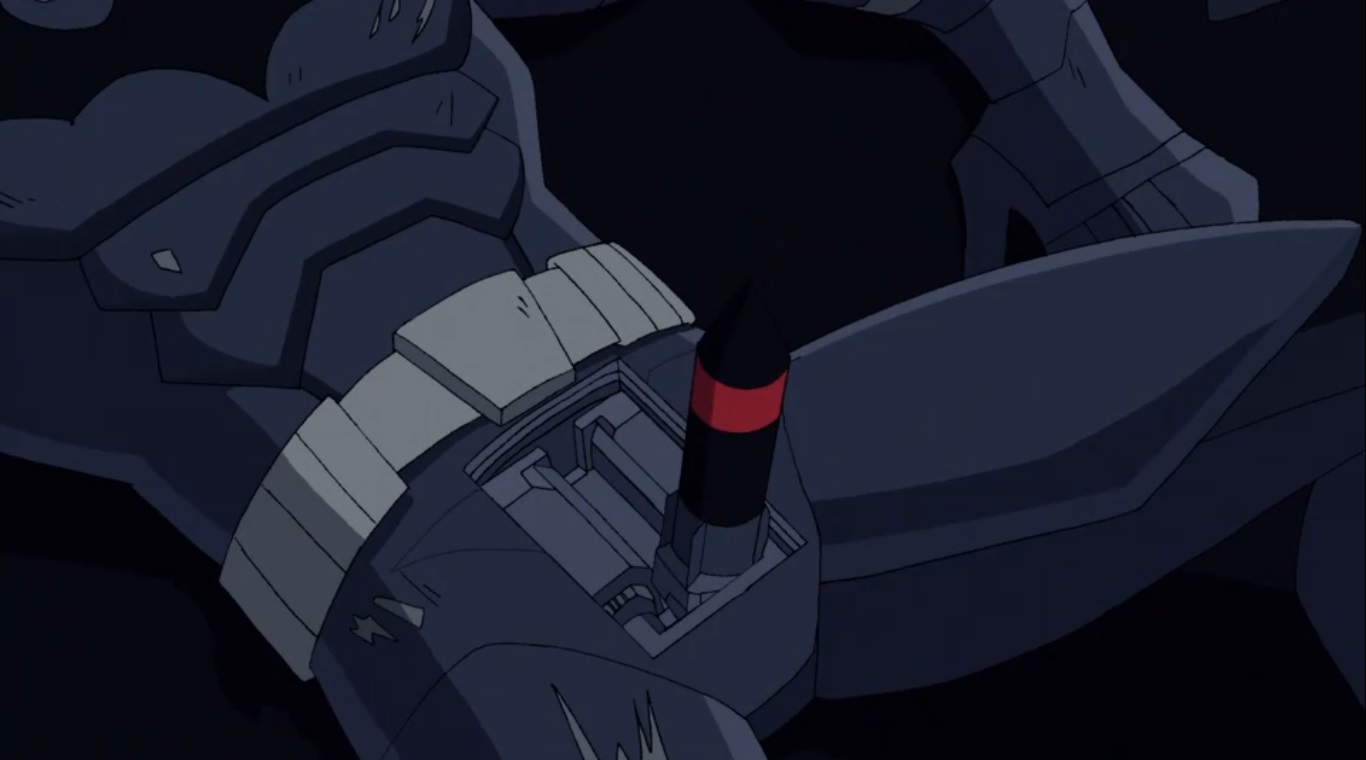 * Are we going to ignore the crotch rocket that Batman had Lucius build into his armor? Criminals beware of the Dark Knight’s dong missile. Oddly enough, it seems like Batman got the idea from Gordon earlier in the episode, but not all of Jim’s ideas are good ones. Lucius, you didn’t have to create this. You are enabling.

* Can anyone give Batgirl a break? Bruce pettily pressed the dislike button on her livestream, and accused her of inflating her social media following with bots. The Snyder Guy said she should have smiled more, despite Barbara enthusiastically smiling throughout the entire episode. At least Batgirl doesn’t wince in pain when she reaches for her socks. 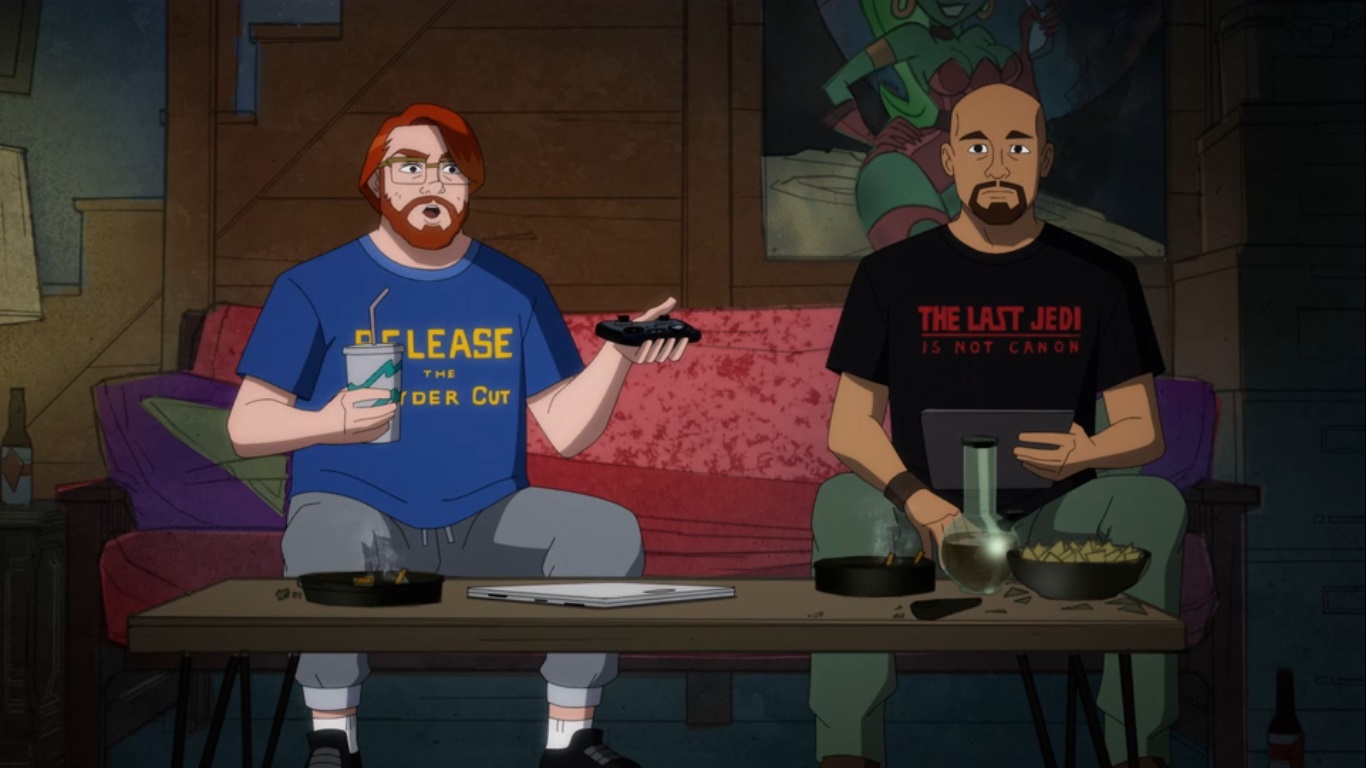 Harley and her crew might be absent this week, but the other characters picked up the slack and made sure the F-bombs continued to drop. This episode contained 6 F-bombs, bringing the season total up to 33.

This brings Gordon and Two-Face’s season total to 2, which is coincidentally Harvey Dent’s favorite number. Who will break the tie? 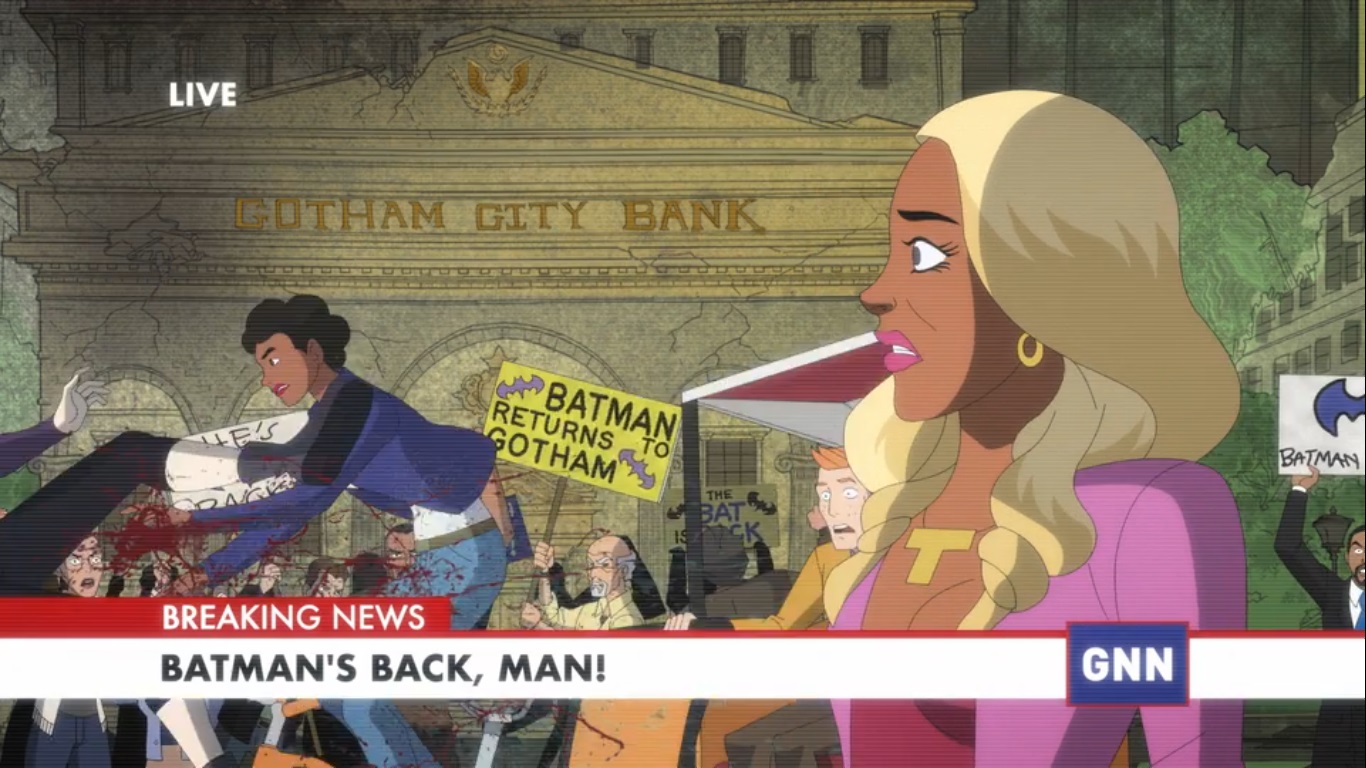 Since this episode was centered around Batman, non-lethal force was used, and the only death was the goth girl who was run over during the news broadcast. This brings the season 2 total to 146. Unless we count the death of Batman’s dignity. 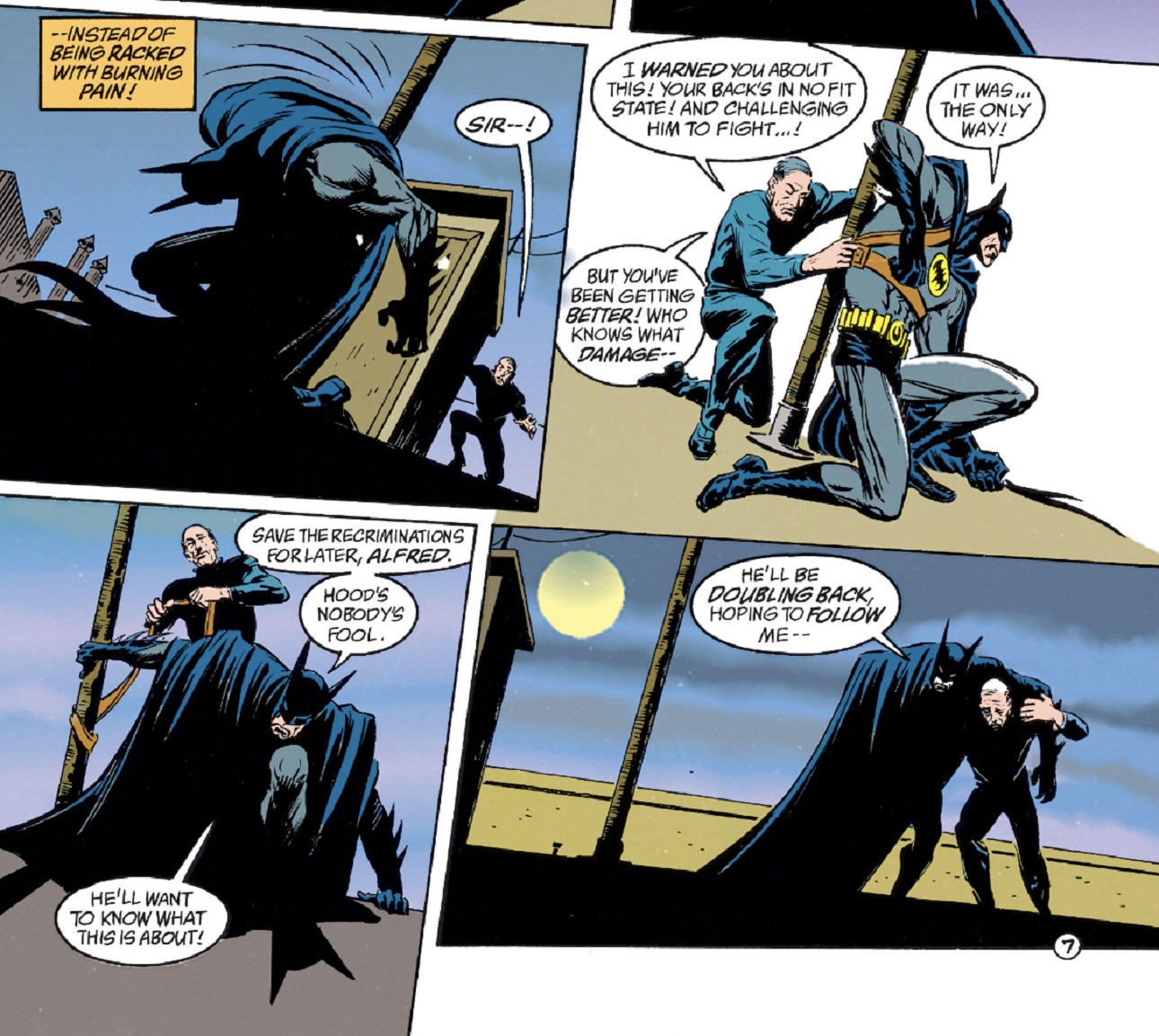 Some of you might be thinking that it’s absolutely ridiculous for Batman to fight crime when he can’t even stand, but that’s just what he did in 1950’s Batman #61. After taking a bad fall, Batman fought crime from a wheelchair. Surely he’d never do something so foolish in a modern comic, right? Wrong! After Bane broke his back, Batman tried to fool an English vigilante known as the Hood by wearing a harness and strapping himself to a poll. This unnecessary health risk can be found in Batman: Shadow of The Bat #21. The armor Lucius built for Bruce is similar to the Hellbat armor that was first seen in 2014’s Batman and Robin #33, although the oddly placed crotch rocket is an original invention. 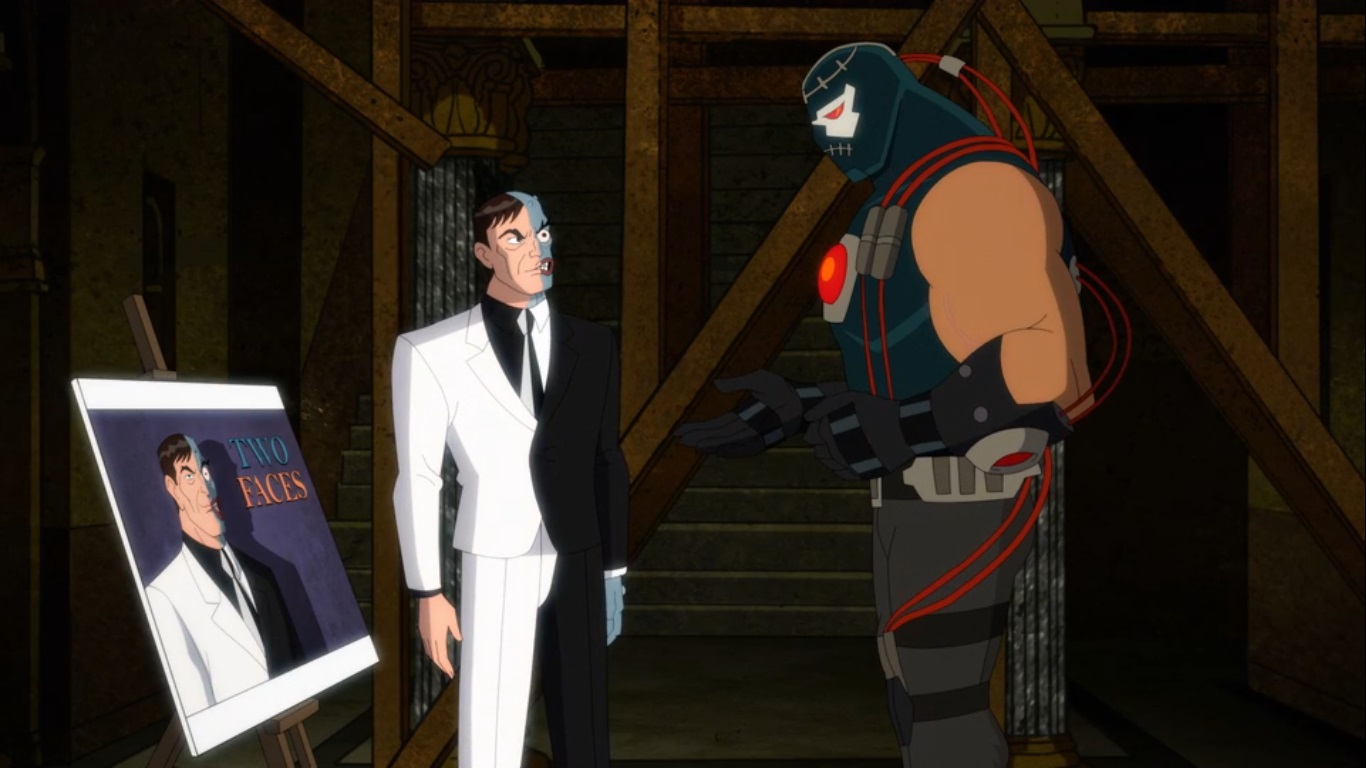 Snyder Guy: Why would I watch a show that’s set in Gotham City, but Batman’s barely in it?

Star Wars Guy: You watched all five seasons of Gotham.

Snyder Guy: Because it wasn’t a f**king tsunami of virtue-signaling.

Bane: It’s two faces, plural! My face and his face! I am one of the two faces, we are partners!

Batman: He already has two faces, if he were your partner that would be three faces.

Bane: ARGH!!! I knew it was too much of a thinker!

That’s it for now! Tune in this Friday, May 8th, as we flash back to Harley’s first encounter with Poison Ivy and the Joker!

Don’t hold back, what were your thoughts on the framing sequence? Let us know in our Community!