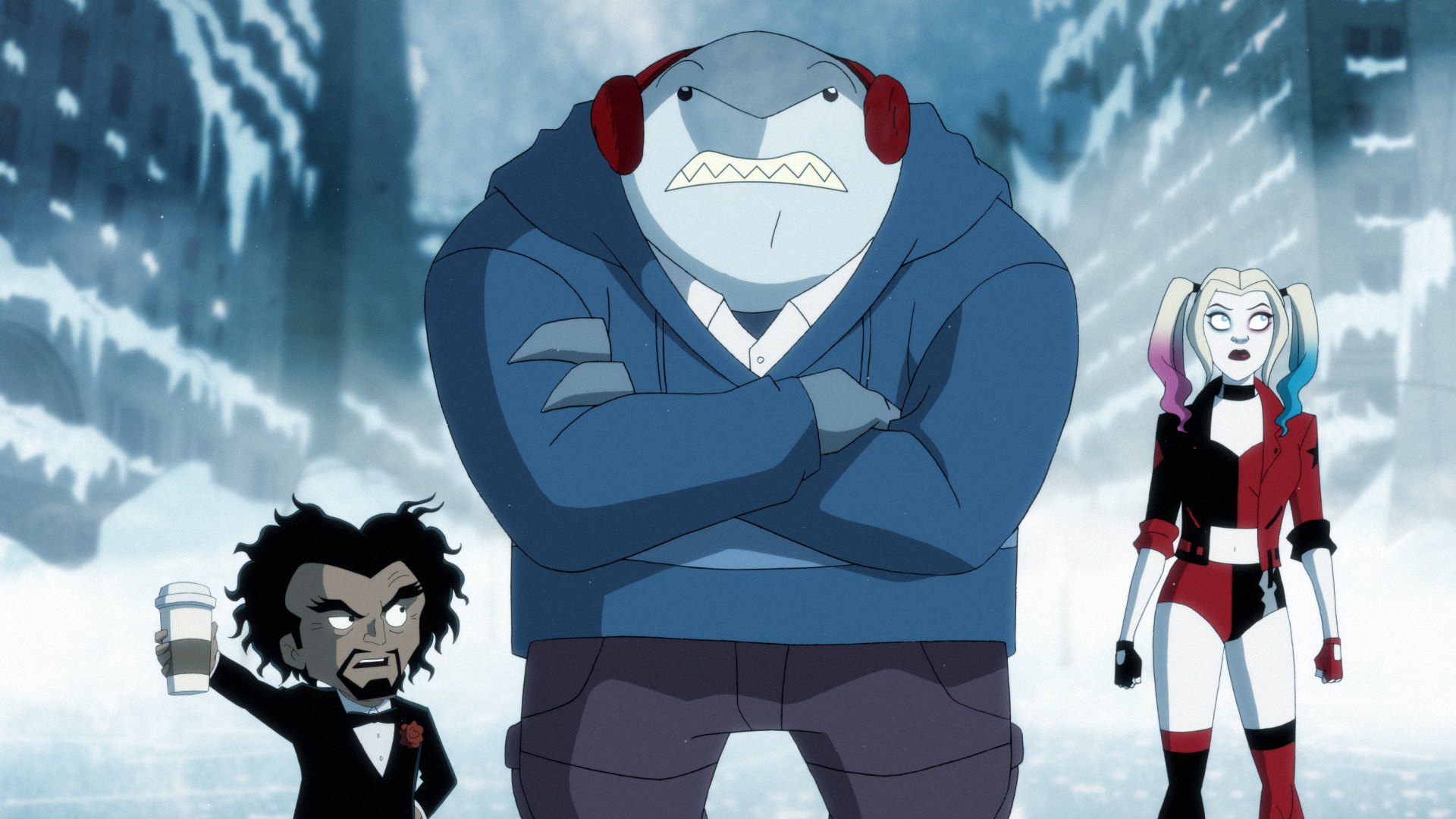 The Most F’d Up Moments in HARLEY QUINN Episode 2-03: “Trapped”

The Gotham City Sirens are back together! In the latest episode of DC Universe’s Harley Quinn, Catwoman joined Harley and Ivy for a good old-fashioned heist. Of course, this girls' night out quickly became an f’d up affair, but that’s just how Harley rolls. Here’s our breakdown of “Trapped.” 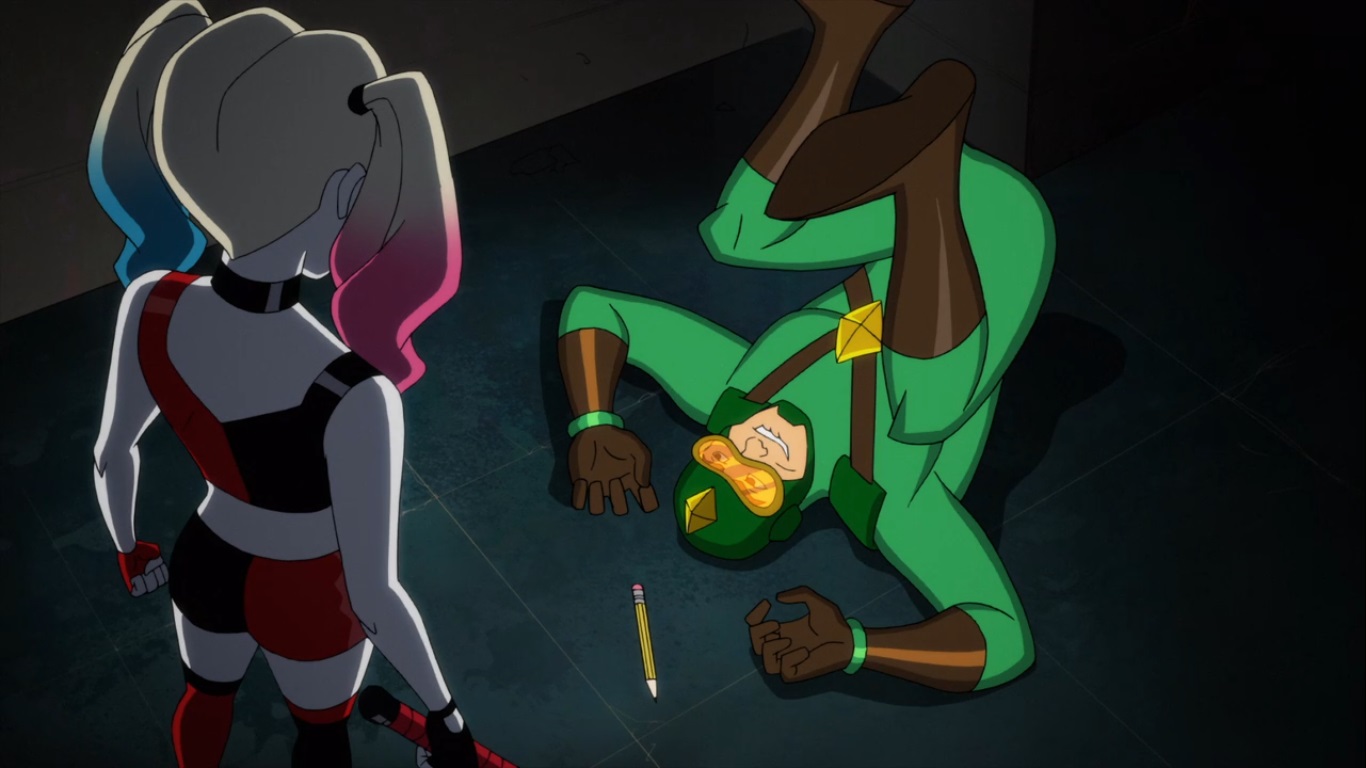 * The final scene with Harley and Ivy perfectly sums up why this series is so great. No other show can have an emotional moment of growth between two best friends while simultaneously showing a group of guards being burned alive by toxic waste. Does anything scream Harley Quinn more than that?

* On the one hand we give props to Kite Man for his dedication to finding a ring for Ivy, but on the other hand it was pretty disturbing how f’d up he got along the way. A mere pencil defeated him, and we’re not even sure if it was a number 2 pencil.

* We totally stan this version of Catwoman. She’s cool, she’s cunning, she’s aloof, and she's voiced by the awesome Sanaa Lathan – but her betrayal at the end was super f’d up! Not only did she leave Harley and Ivy to die, but she stole Kite Man’s engagement ring. Hell no. 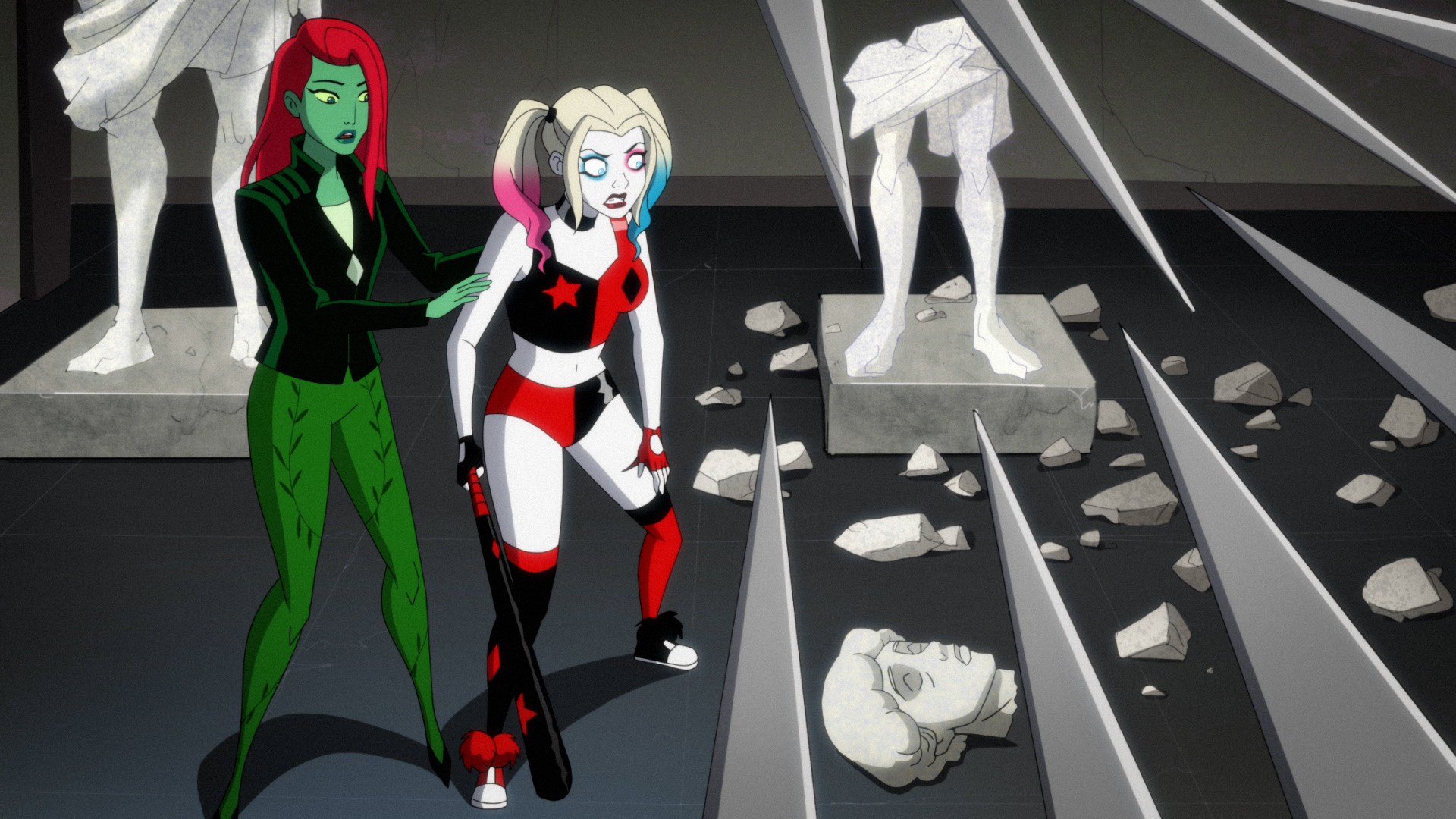 Heists can be stressful, but let’s be honest, Harley and her crew have never needed an excuse to drop an F-bomb. This episode contained 8 F-bombs, bringing the season total to 21! 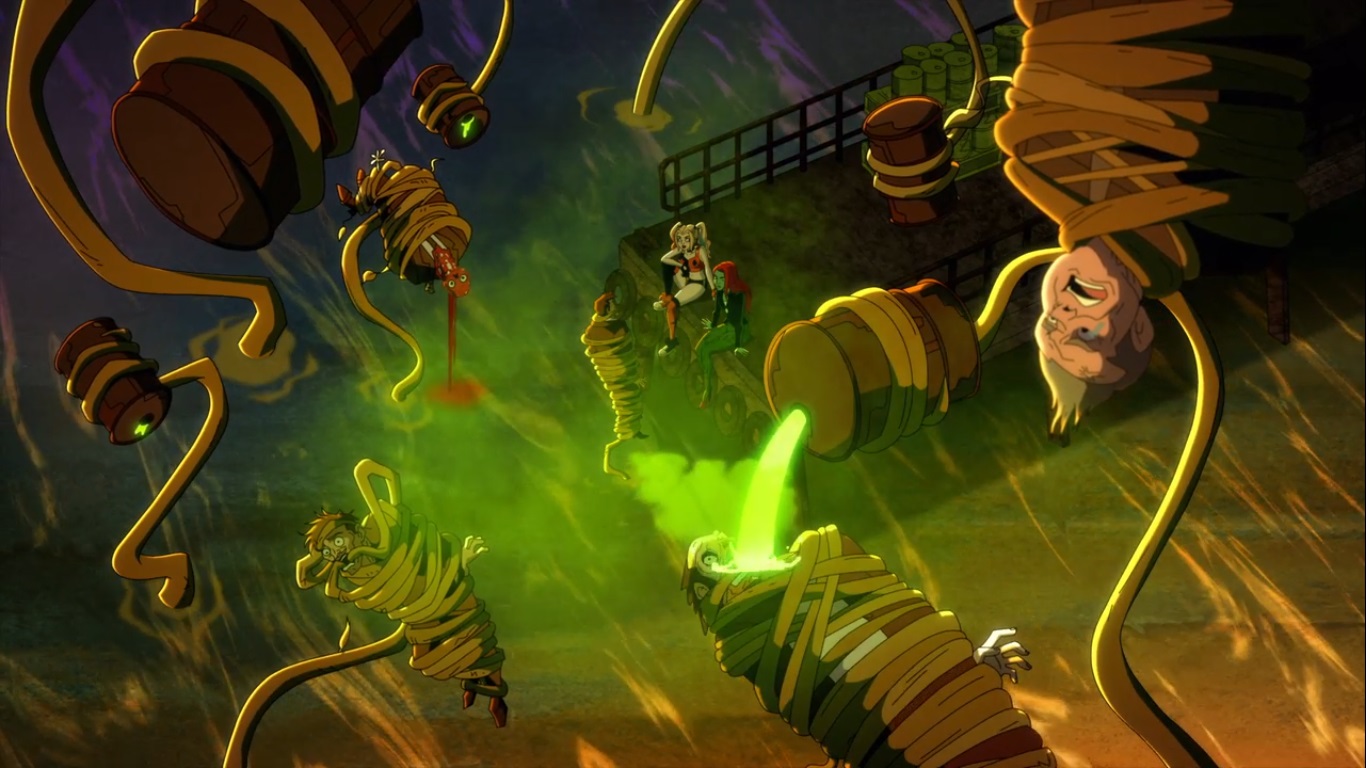 Word to the wise, if you’re foolish enough to dump toxic waste, don’t let Poison Ivy find out. At least 8 workers from Ace Chemicals found that out the hard way, as Ivy shoved acid down their throats. After adding in the 6 unlucky corpses that couldn’t get past Doctor Trap’s traps, this brings the episode body count to 14, and the season total to 36. 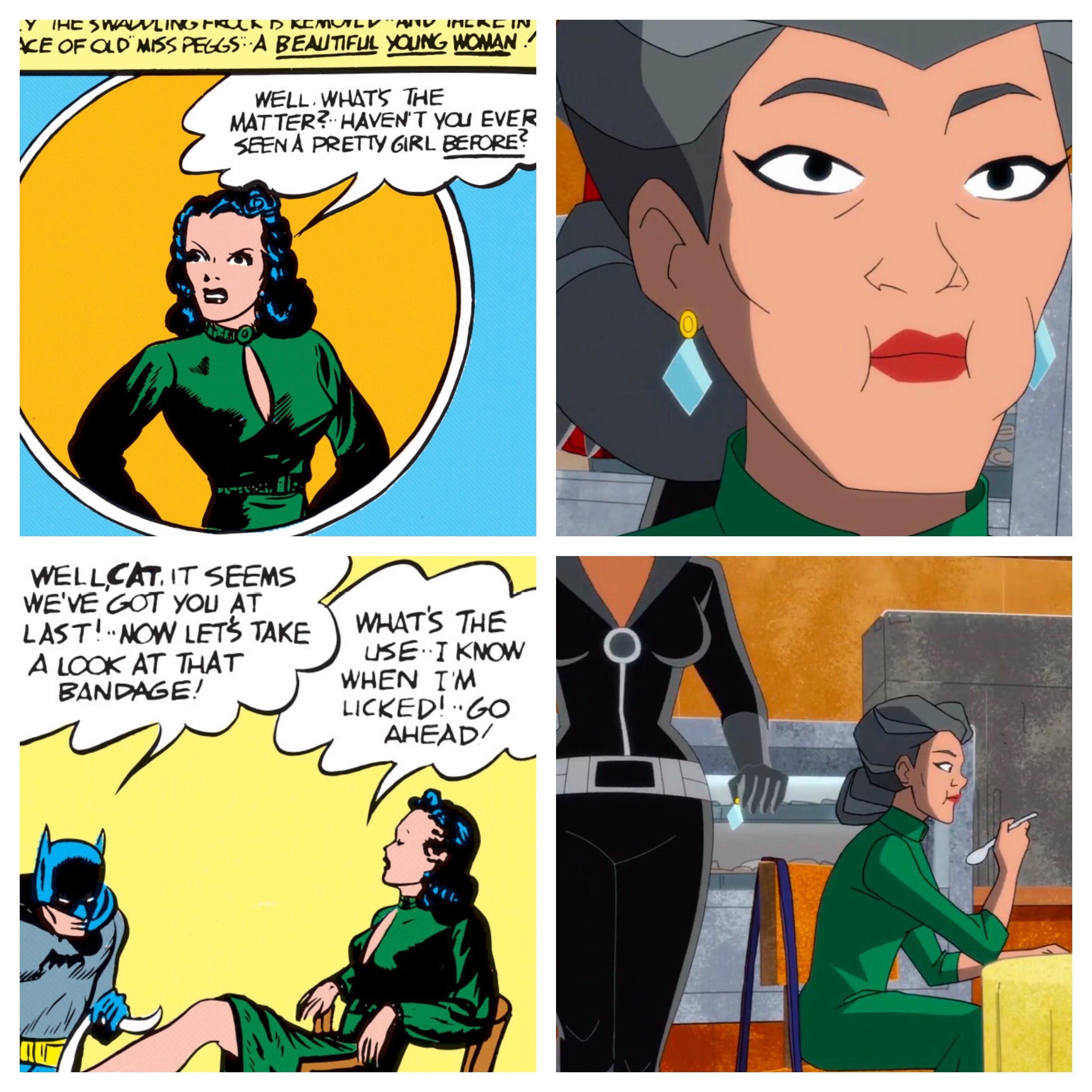 * This episode contained a special nod to Catwoman’s first appearance from 1940’s Batman #1. As Selina entered Chez Feline, she robbed an elderly patron who was wearing the same outfit and hairstyle that she had worn in her first appearance.

* The maniacal Doctor Trap first appeared as an enemy of Cameron Chase in 1998’s Chase #3. Check out the trophies in his museum -- there are too many Easter eggs to name. We spotted the Suit of Sorrows, the Helmet of Fate, Egghead’s egg, and so much more. Get ready to hit the pause button a lot when you rewatch. 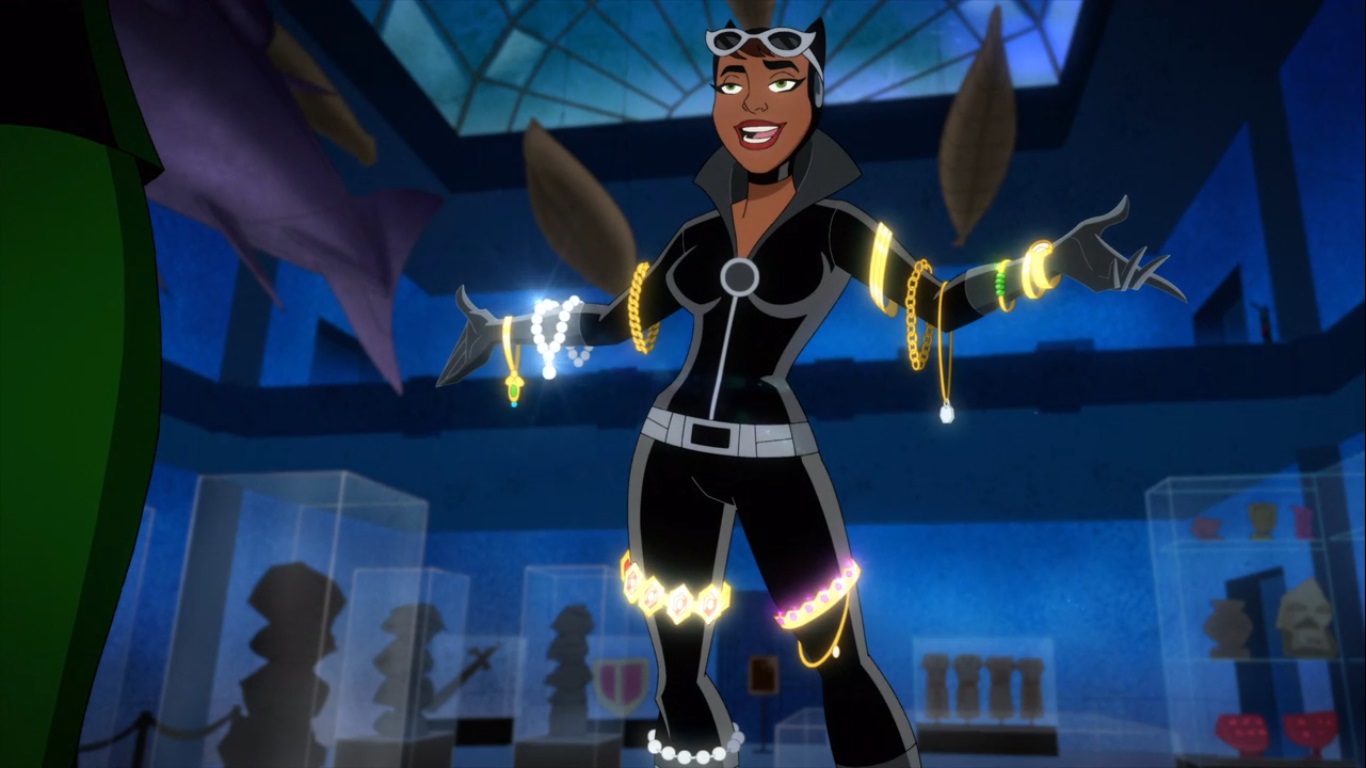 * According to Clayface, it’s rude to return without sending a customary “heading back” text.

* The Baby-Sitter’s Club is the perfect post-apocalyptic reading experience.

* Nets and mild summers are sworn enemies of the kite. Also, there are no kites in space. 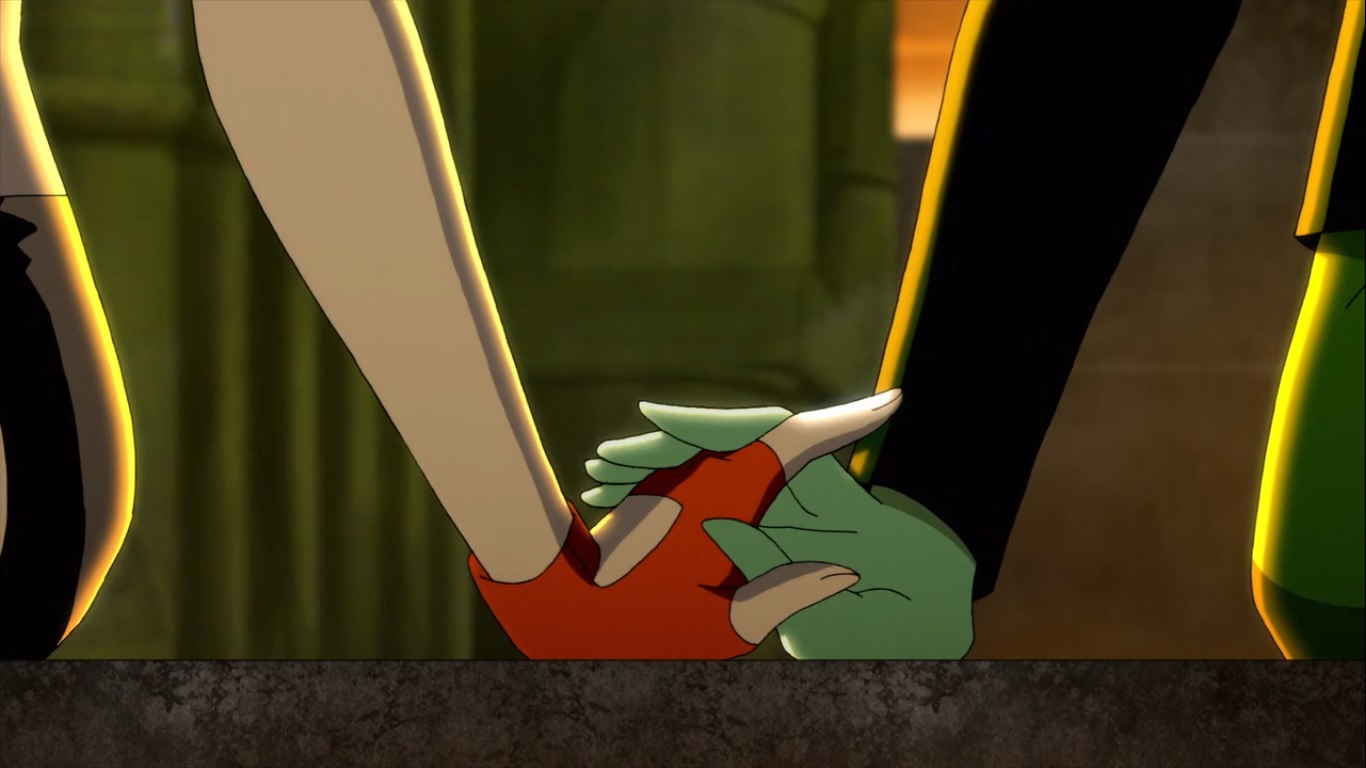 Best Shipper Moment Award: Harley and Ivy’s handhold at the end. Okay, she got engaged to Kite Man one scene later, but we can’t deny that brief touch stole the entire episode.

Now that Harley has Firefly’s gun, join us this Friday as she pays a visit to Mr. Freeze in “Thawing Hearts.”

What did you think of Catwoman's debut? Let us know in our Community!