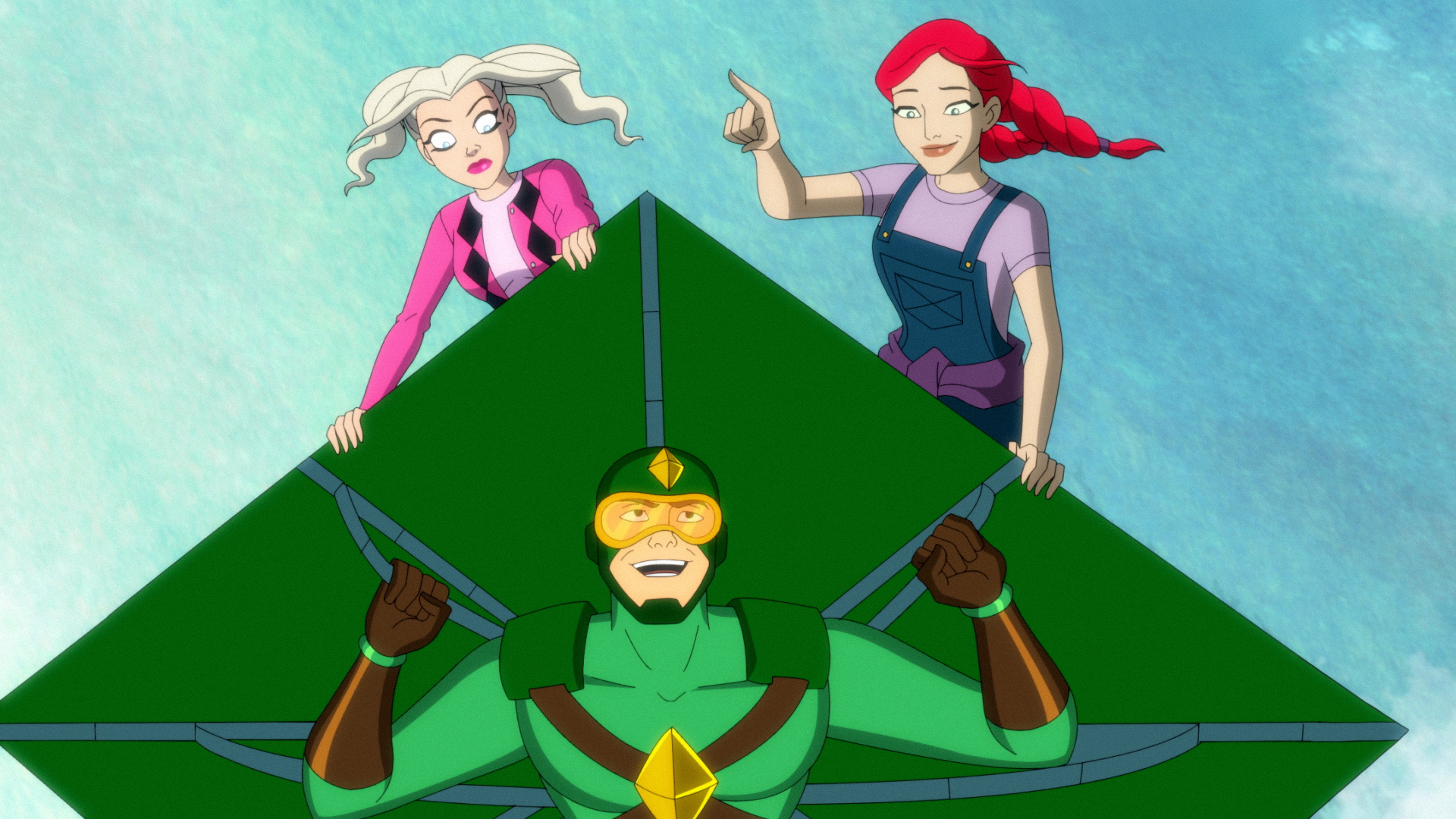 The Most F’d Up Moments in HARLEY QUINN Episode 2-02: “Riddle U”

Class is in session, so pay attention! This week on DC Universe’s Harley Quinn, Harley and Ivy enrolled at Riddle U to get a taste of college life, No Man’s Land style. Of course, Harley’s version of college life means beating the sh*t out of mascots, trying to kill tour guides, and getting into brawls at a frat party. Did you really think the Lady of Lunacy was going to quietly cram for midterms? Here’s our breakdown of “Riddle U.” 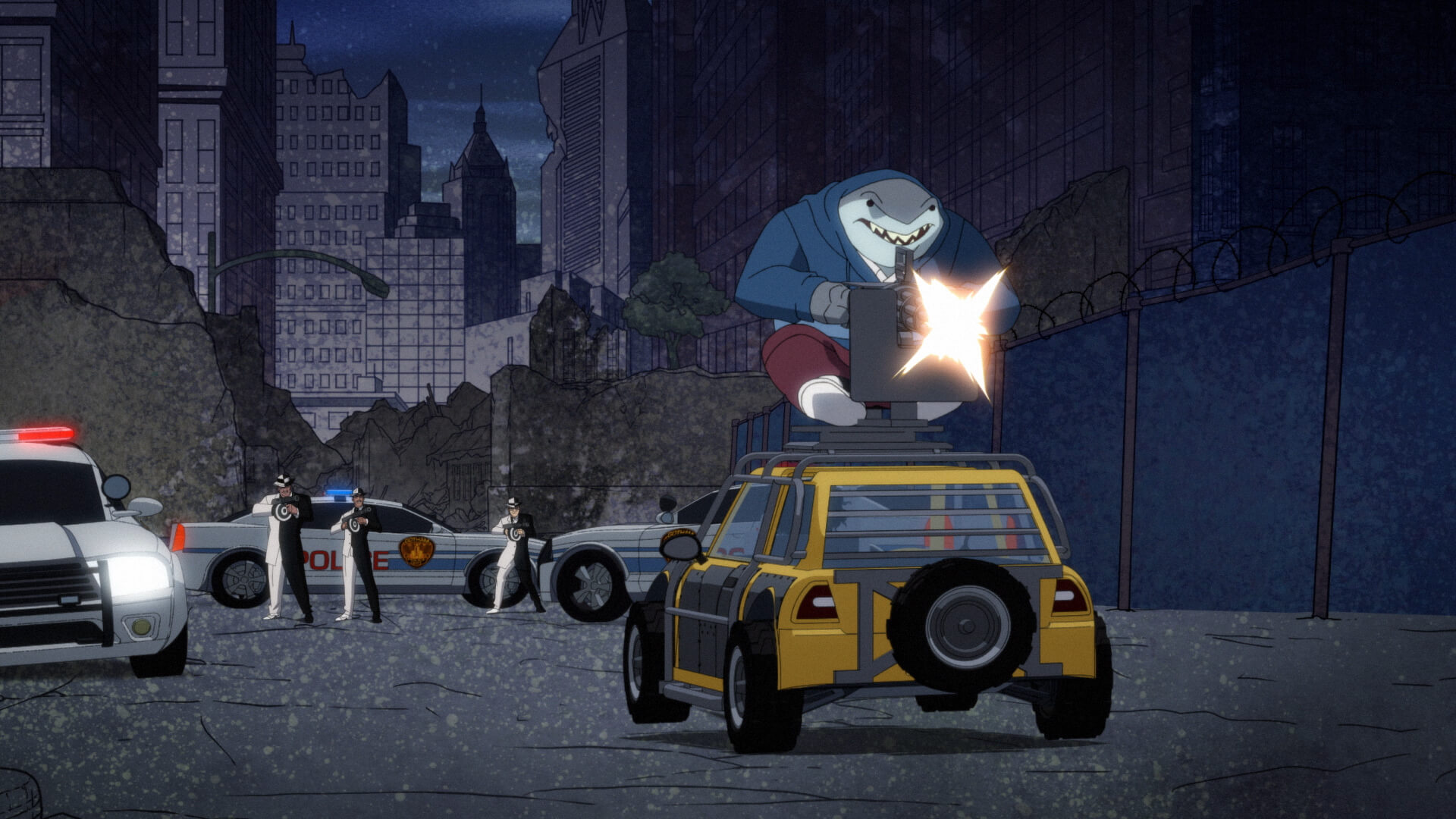 * How have Harley and her crew survived this long? Did you see the conditions of their mall hideout? Dead rodents are in the water supply, and Dr. Psycho is murdering animals to make candle wax. The end of the world isn’t suppose to be pretty, but this was rough, even for Gotham.

* How low can Jim Gordon go? He’s day drinking in the shower, eating weird particles he’s finding on his chest hair, and farting. We should be glad that he’s showering at least, but somebody get that man a life coach ASAP. Kite Man is starting to look competent!

* How f’d up was King Shark and Dr. Psycho’s death car? If we’re going to be living in a post-apocalyptic No Man’s Land, at least we have an appropriate car! As cool as the death car was, it was pretty messed up that Two-Face’s goon remained alive and impaled on their hood for most of the chase. Imagine being dragged by a death car as a sharp spike is impaling your intestines. Only in No Man’s Land. 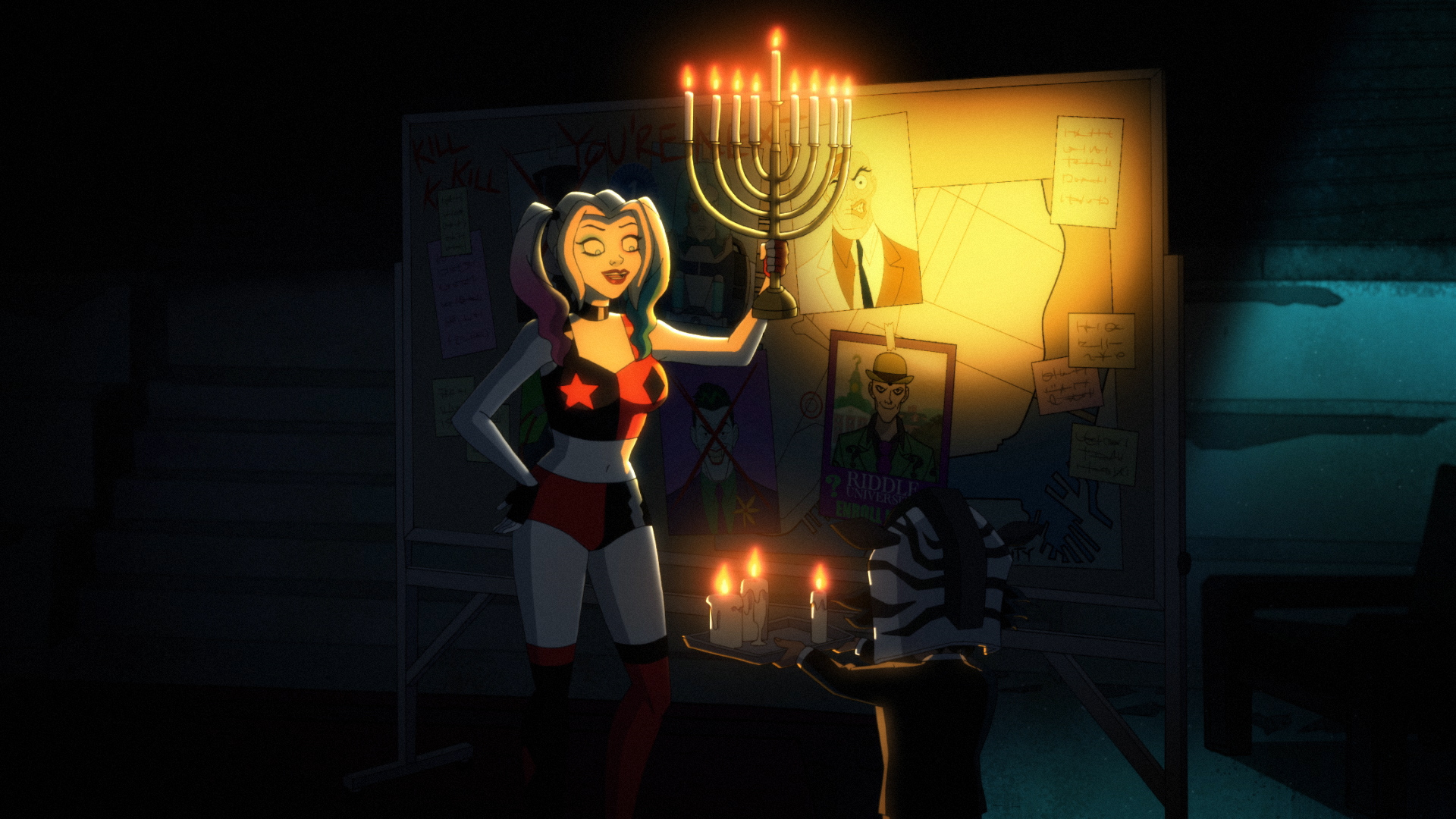 Riddle U is a more academic environment, so the cast behaved themselves this week and only did 5 F-bombs. Hey, that’s pretty restrained for them! Here’s the breakdown…

This brings the season 2 total to 13, with 8 of those F-bombs belonging to Harley! 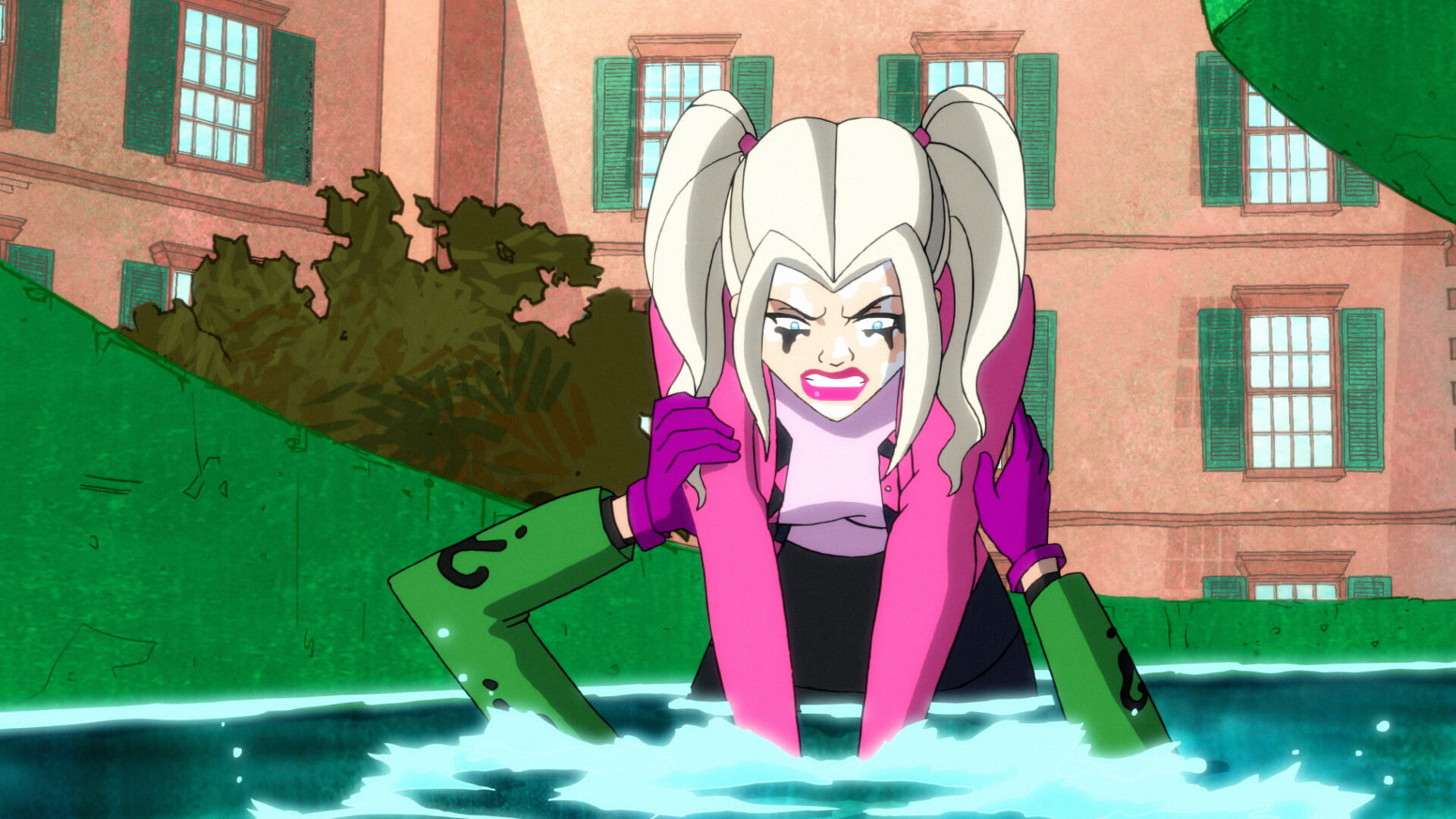 Riddle U may be a place of education, but the rest of Gotham is still a warzone baby! In this episode Dr. Psycho killed a zebra to make candle wax, and then found a dying rodent in their faucet. The getaway camel was also shot by a Chicago typewriter, so it’s safe to say that it sucks to be an animal in No Man’s Land. A sentry guard shot a prospective Riddle U student, while King Shark and Dr. Psycho’s deathcar killed 3 of Two-Face’s goons. This brings the episode death count to 7, and our season total to 22. 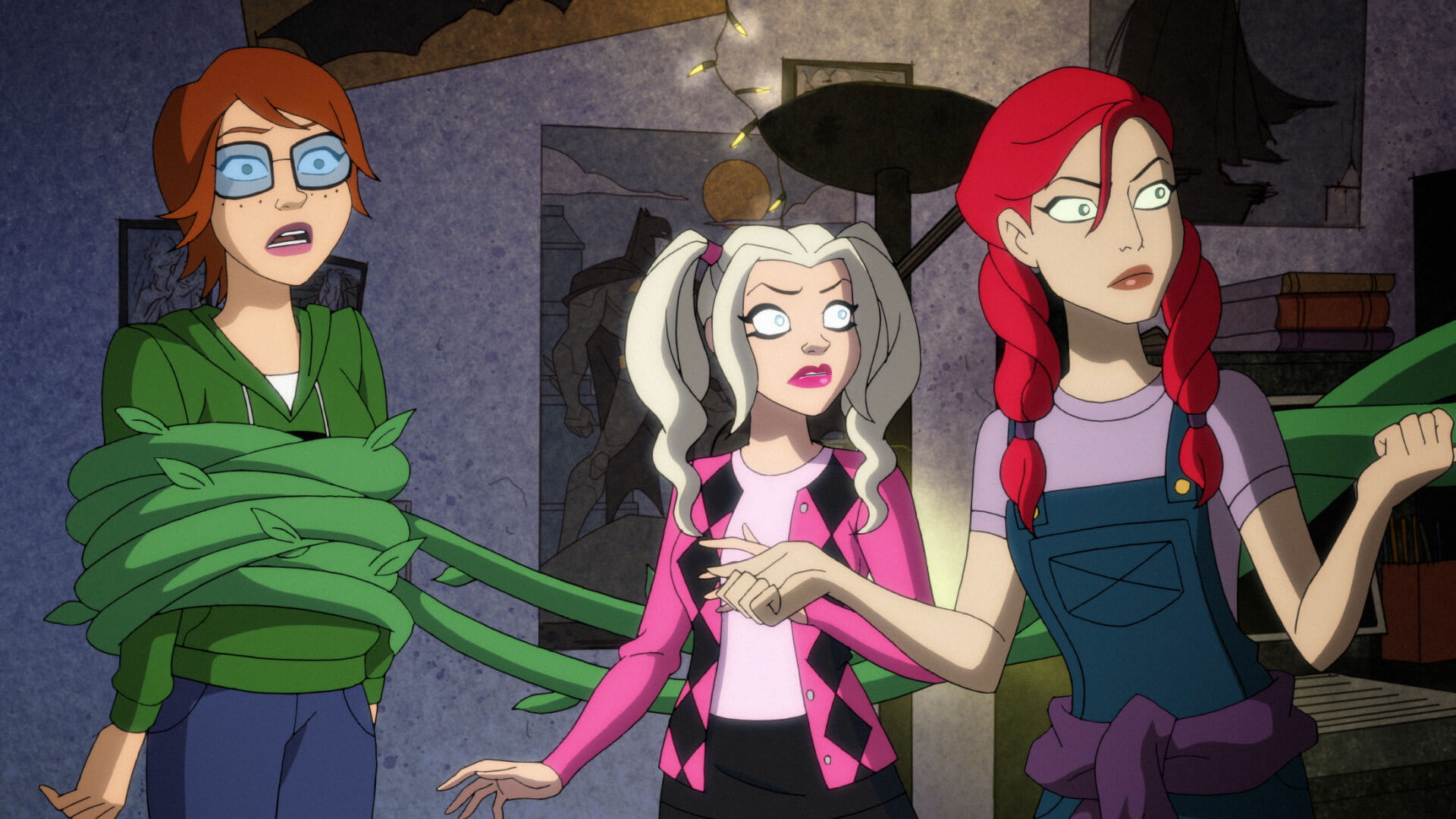 * During the episode’s final scene, Barbara Gordon suits up as Batgirl for the first time, in a costume that’s inspired by the outfit she wore during the critically acclaimed “Batgirl of Burnside” storyline.

* Jim Rash is playing an eccentric bald college dean. Does that seem familiar to anyone else?

* Riddle me this, what was once used by Frank Gorshin and is now used by Jim Rash? You can laugh at Nygma’s “Riddlestick” all you want, but this episode proved it packs a punch! Riddler began using the staff as a weapon in the 1967 live-action Batman episode “Batman’s Anniversary.” 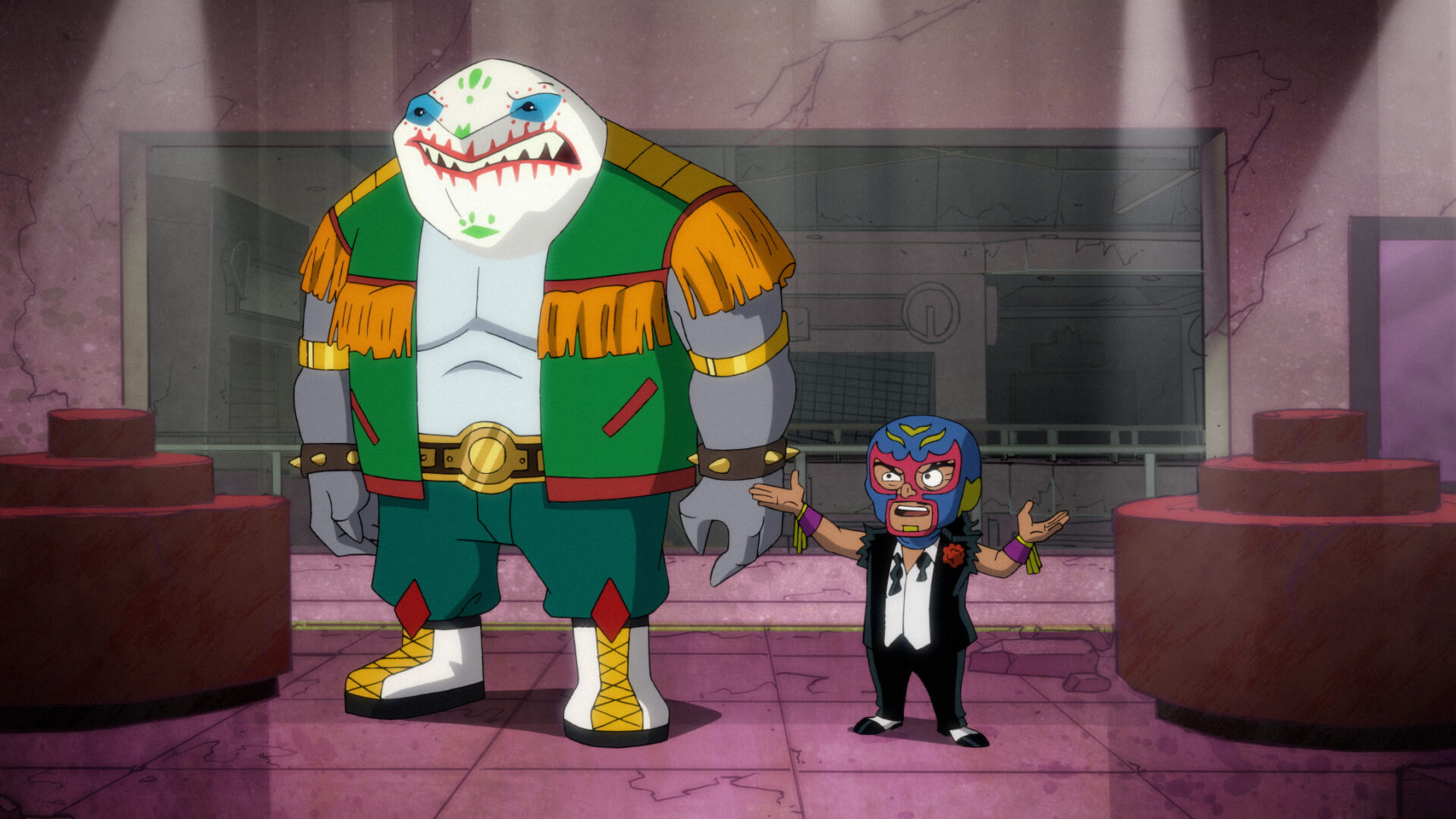 * Worst Snack Award: Whatever Gordon tried to eat from his body hair.

* Academy Award for Best Actor: Clayface for his performance as Steph. We don’t actually have the authority to award Clayface a real Oscar, but we thought he deserves some kudos since this may be the closest he ever gets to a real Academy Award. We agree with Harley, this was some of his best character work.

We hope you had fun in college, because class is over, and this week we’ll be joining Catwoman for a heist! Catch “Trapped” this Friday!

What was your favorite class at Riddle U? Let us know in our Community!