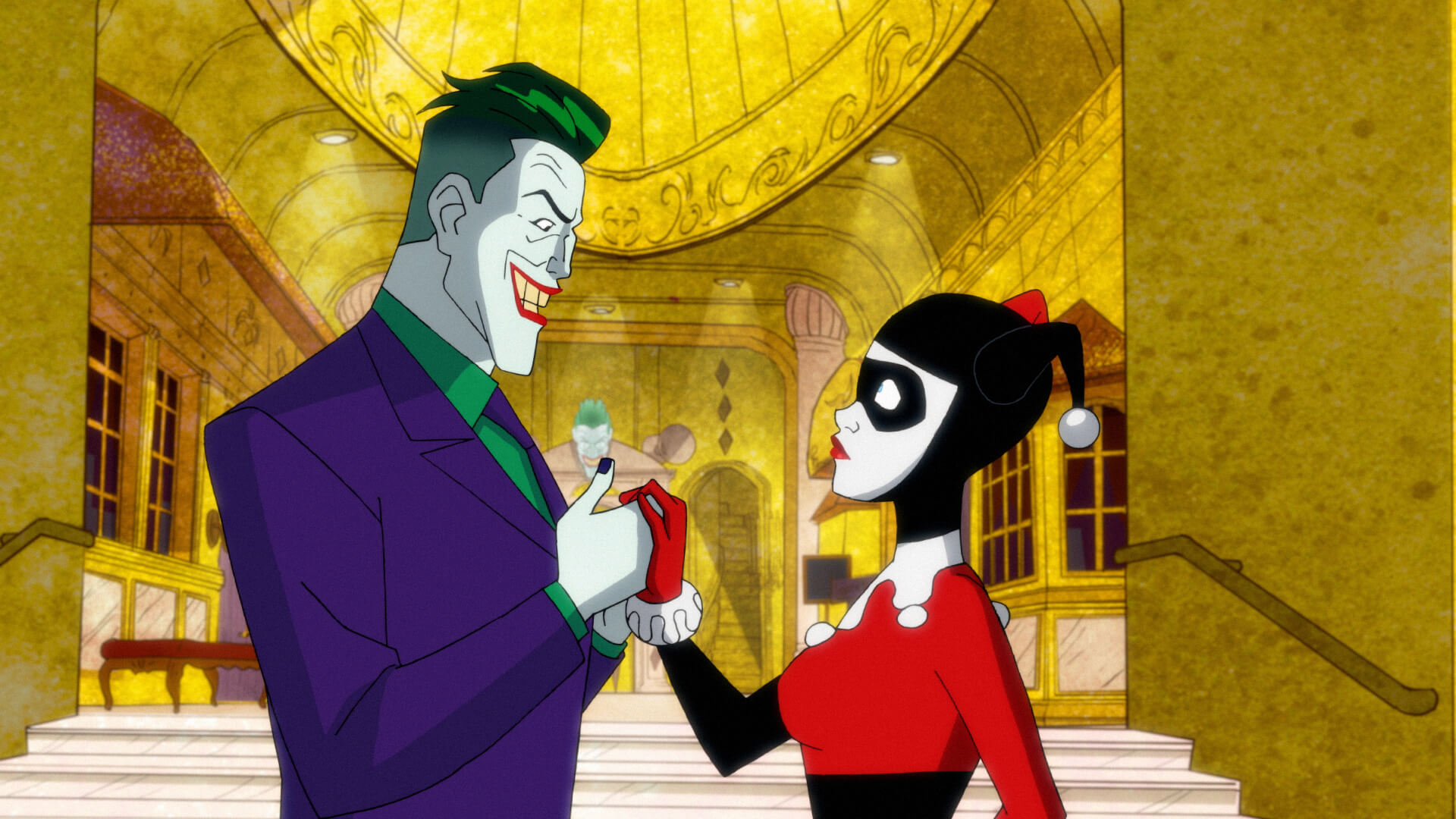 The Most F’d Up Moments in HARLEY QUINN Episode 13: “The Final Joke”

The first season of DC Universe’s Harley Quinn has taken it’s final bow, and all we can say is – that was some f’d up sh*t! The season finale really “went there” and we’re here to break “The Final Joke" all down. 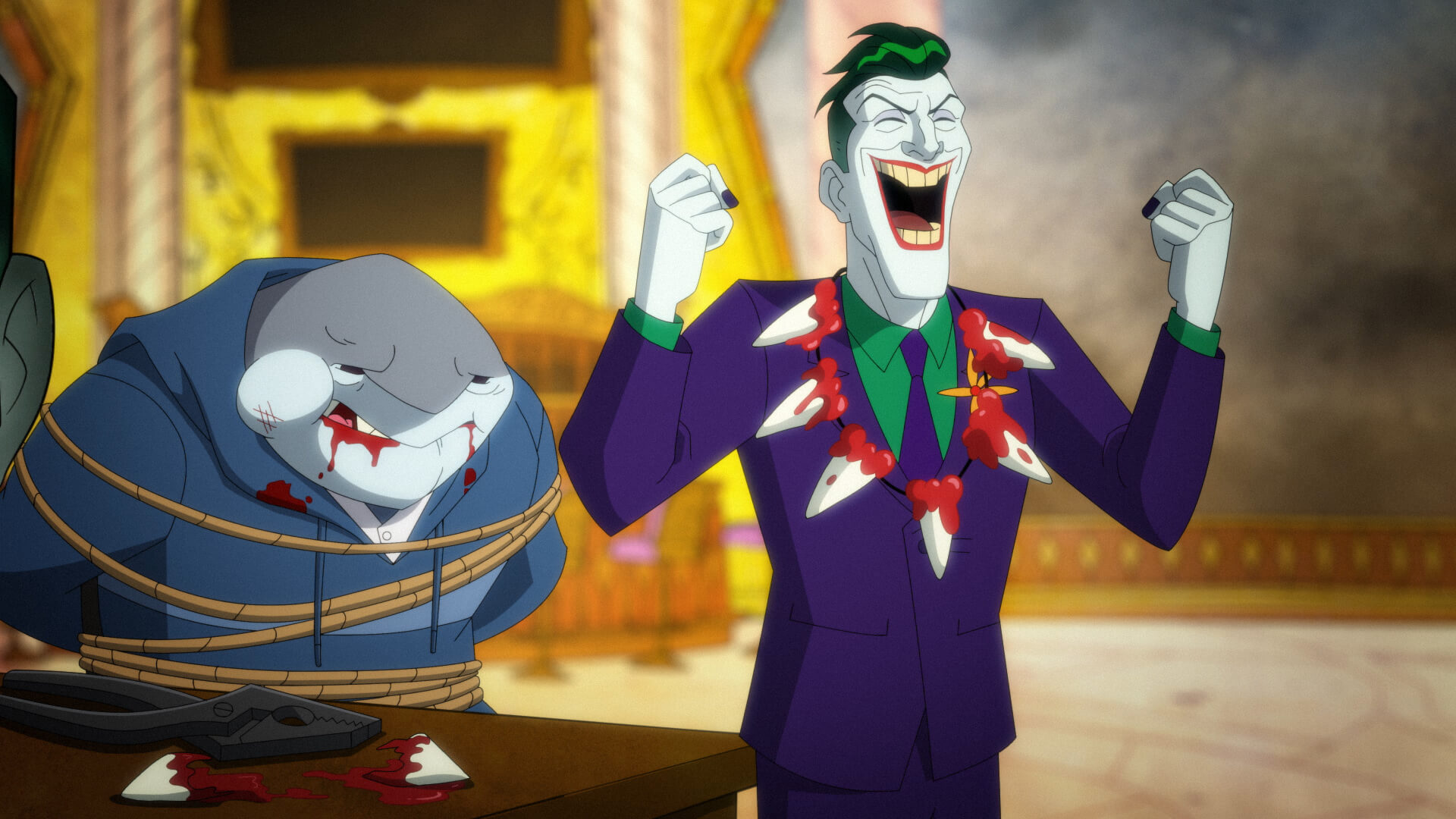 It’s not news that the Joker is one f’d up guy, but the way he tortured Harley’s crew was new levels of messed up. He kicked Sy down a flight of stairs, which is super f’d up. He wore King Shark’s teeth as a literal shark tooth necklace, which….we have to admit was a bit funny and creative. He made Dr. Psycho watch a feminist rally which…honestly, it’s probably the best thing Joker could’ve done for Dr. Psycho. But the Clayface spinning table was super sadistic. Not cool Mistah Jay.

According to a story Joker told Scarecrow, he and Harley once ate sushi off of Gordon’s naked body, causing body hair to be stuck in the Clown Prince’s teeth for weeks. Ewwwwwww. Maybe that’s what finally broke Gordon’s brain. Let’s all be thankful that this moment occurred offscreen. 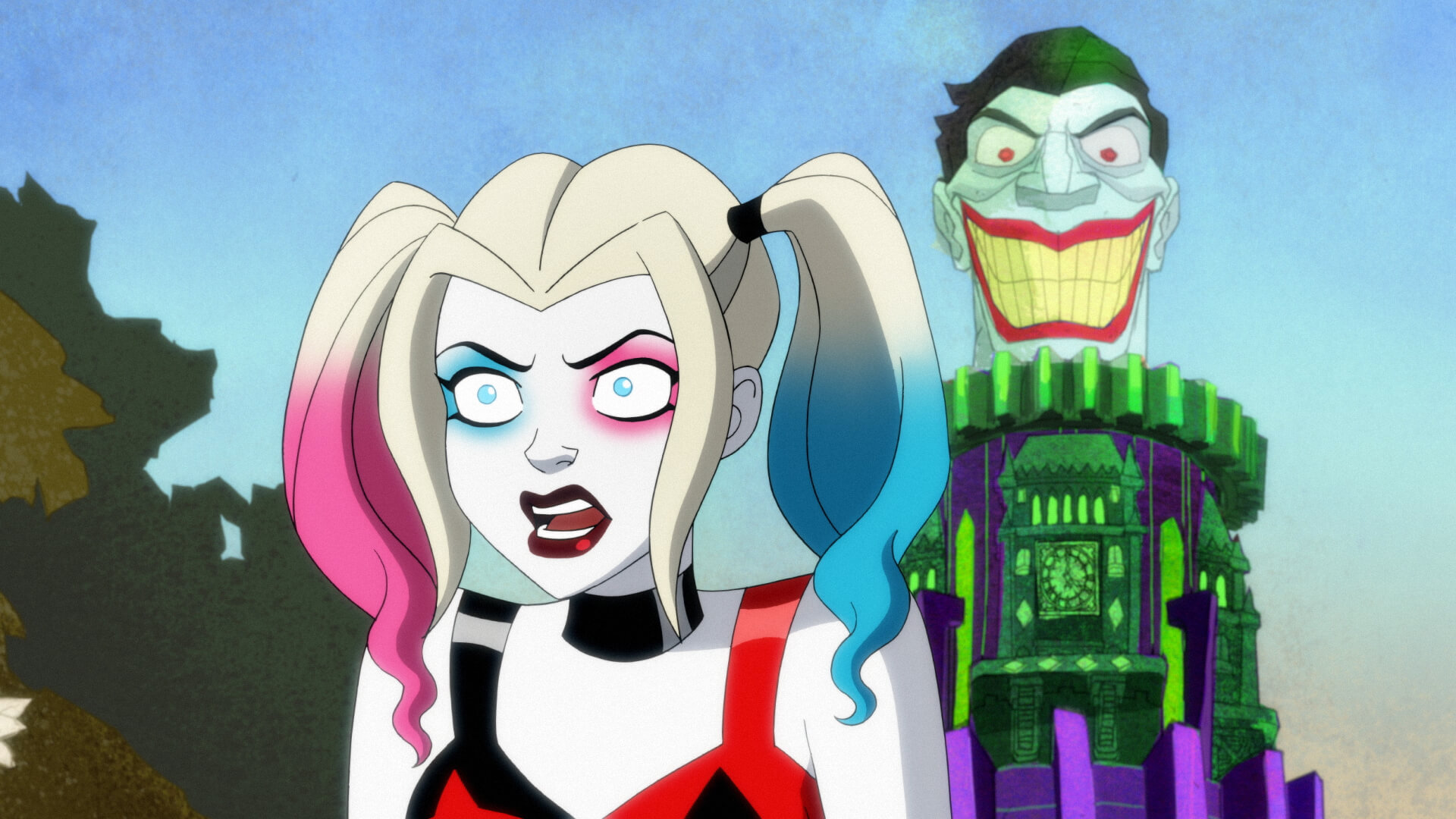 The season finale was a special occasion, so the gang behaved themselves by only dropping 3 F-bombs, which closes our season out with 116 F-bombs!

Harley took the F-bomb crown with a season total of 44. Although Ivy restrained herself this week, she still took the second place F-bomb medal with a series total of 28. Dr. Psycho is third place with 16 F-bombs. Although this episode brought the Joker’s series total up to 8, he couldn’t quite crack the top 3. Maybe in season 2? 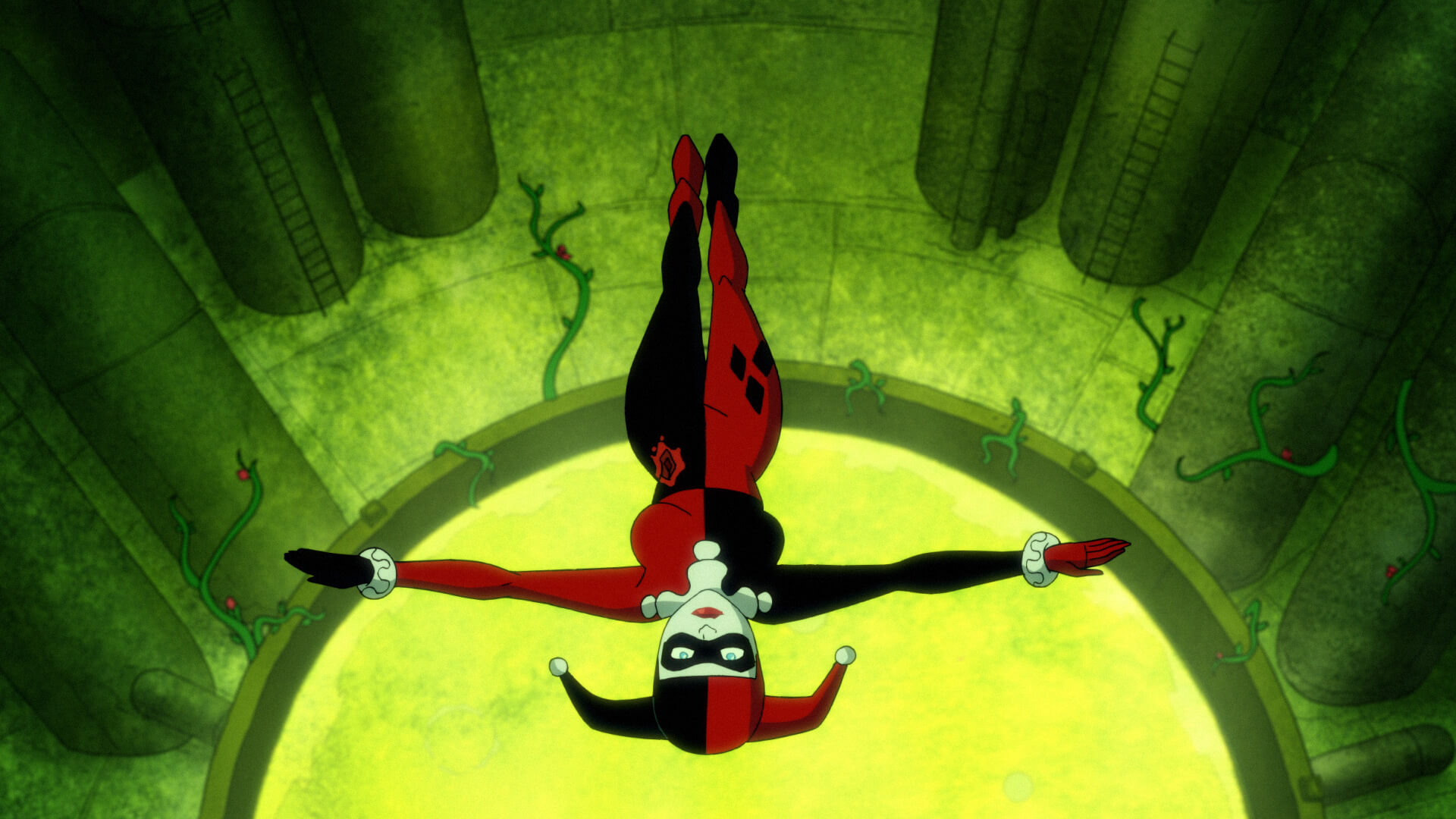 Staying alive in Joker-occupied-Gotham is simple as long as you follow his rules. Unfortunately one humorless individual didn’t laugh at his jokes, so they got blasted to pieces by one of his clown patrols. Scarecrow also touched Batman when he shouldn’t have (always ask the Joker first), so he got his skull melted by acid. Alas, this episode had a body count of 2, bringing the season 1 total to 138. Judging by the Gotham wreckage at the end, the number is probably much higher. Please remember to laugh at Mistah Jay’s jokes. 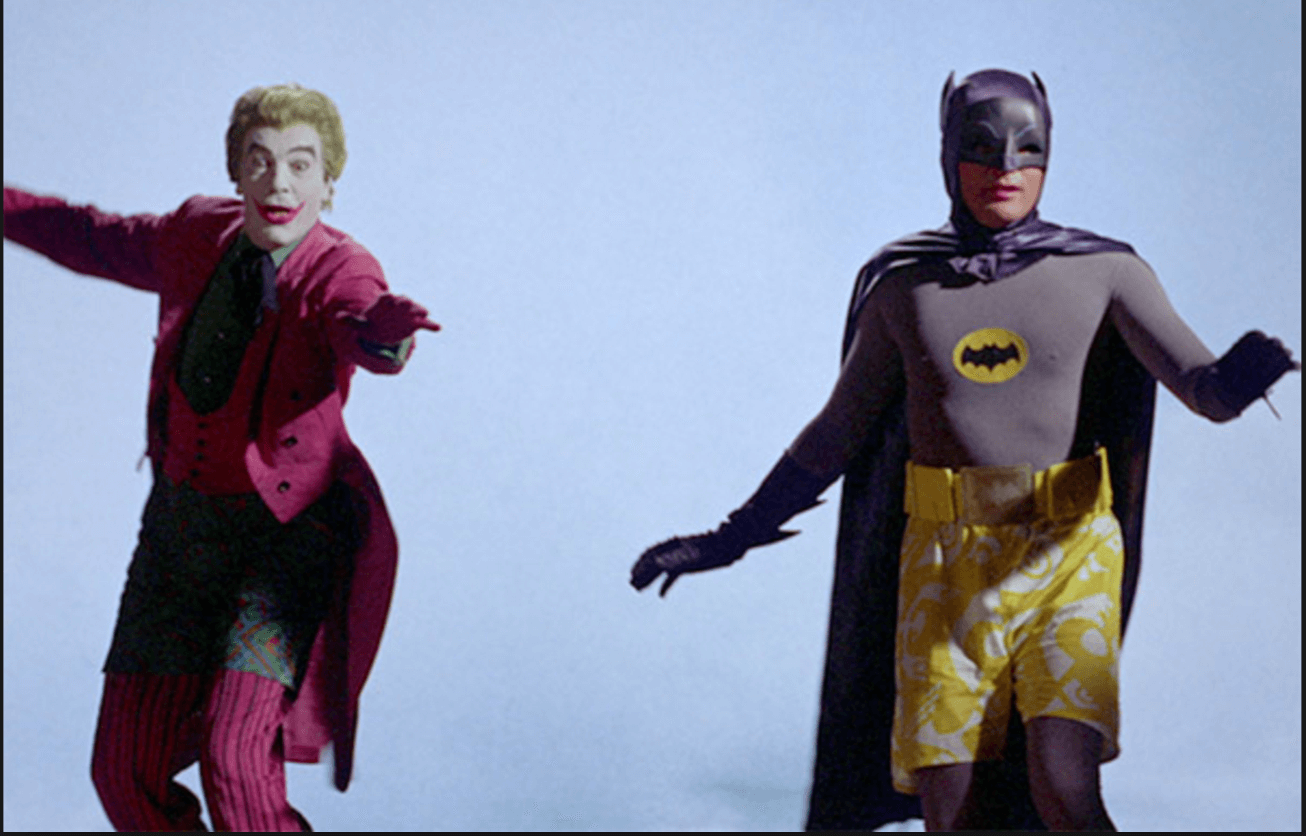 This episode features an edition of the Gotham Gazette, a newspaper that has been around since 1941’s Batman #4. In Detective Comics #71, Joker was infuriated that the paper wasn’t reporting on any of his victories. It looks like this episode finally forced them to come around.

By the end of this episode, Gotham has been decimated by an Earthquake. The comic book version of the city suffered a similar fate in Batman: Shadow of the Bat #73, which led to the year-long No Man’s Land saga.

The Joker replaced his GCPD file with a greeting card that depicts the Clown Prince surfing, and wearing a bathing suit over his usual outfit. This is a reference to one of the legendary surfing episode of the 1966 Batman television series, where Cesar Romero and Adam West took their battle to the waves. 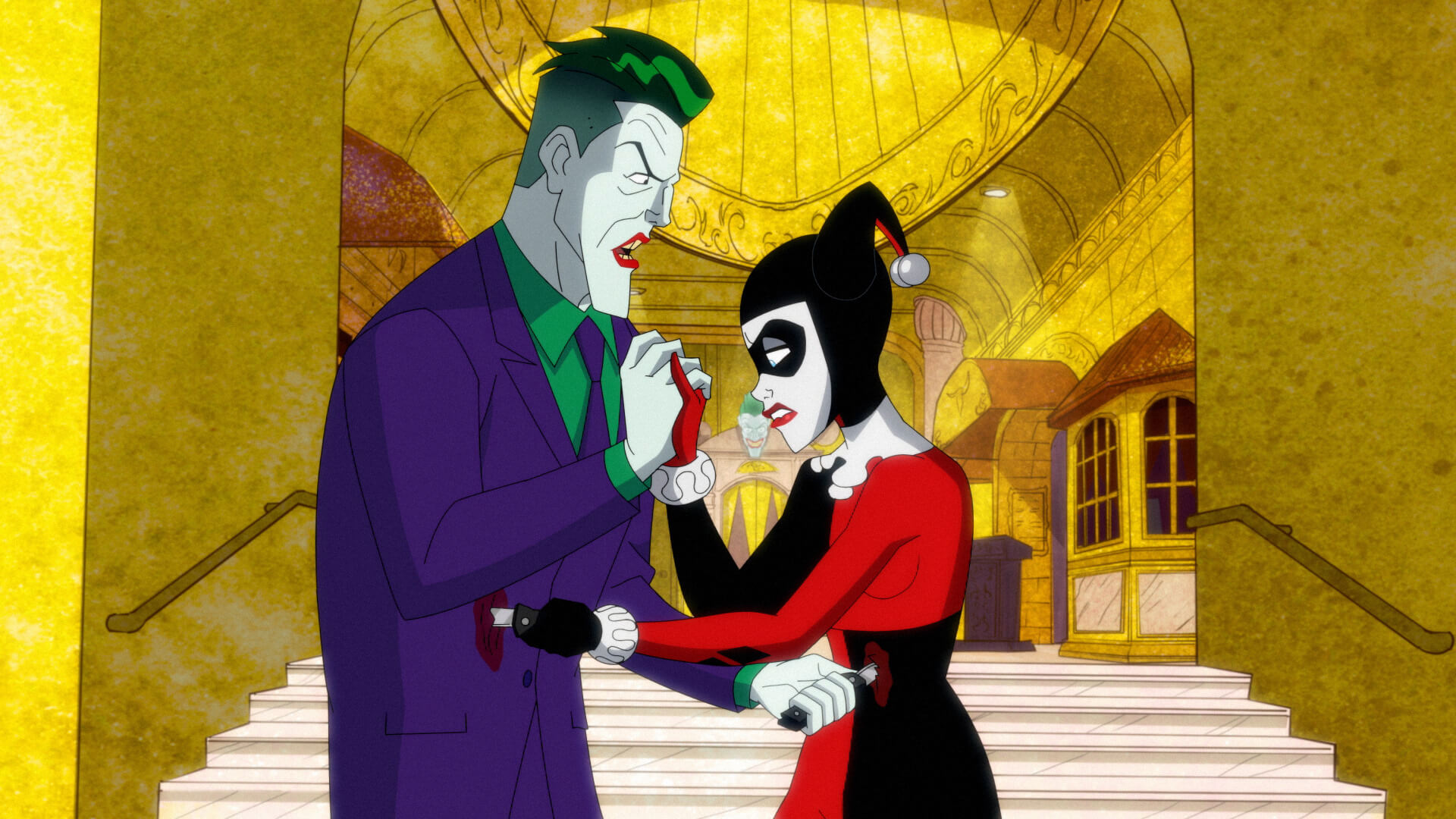 When Harley surrenders herself to the Joker, she asks him if he wants her to bake him a chocolate cake and put on Legally Blonde, which references their final date night together from the pilot episode.

Batman has the time to fill a garage with a fleet of awesome Batmobiles, but as Bruce Wayne he’s still years behind on delivering the electric cars he promised. Even a Batman lets people down sometimes.

Gotham has been destroyed, the Justice League are trapped in a book, Batman is missing, and Harley is in charge. Not a bad way to end season 1. Make sure you all head back here on April 3rd, because we’re bringing you season 2 early, and after all the sh*t Harley pulled here, you know things are going to get f’ing wild!

What are your hopes for HARLEY QUINN season 2? Let us know in our Community!