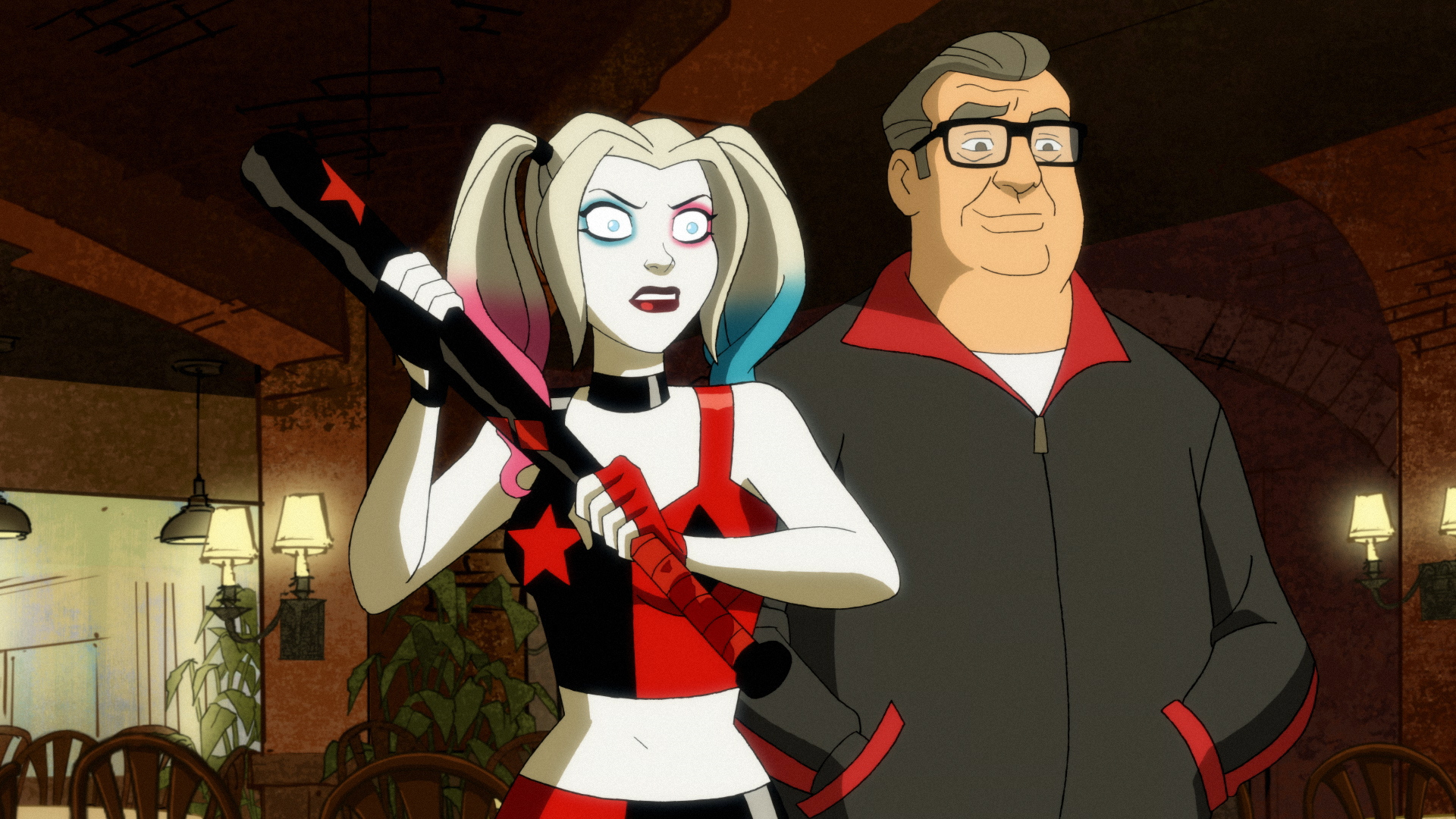 The Most F’d Up Moments in HARLEY QUINN Episode 10: “Bensonhurst”

Nobody loves you like your mom and dad. And nobody hires assassins to kill their own children like Harley’s parents. The latest episode of DC Universe’s Harley Quinn contained a homecoming that was anything but warm and fuzzy. Let’s break down this week's episode, "Bensonhurst." 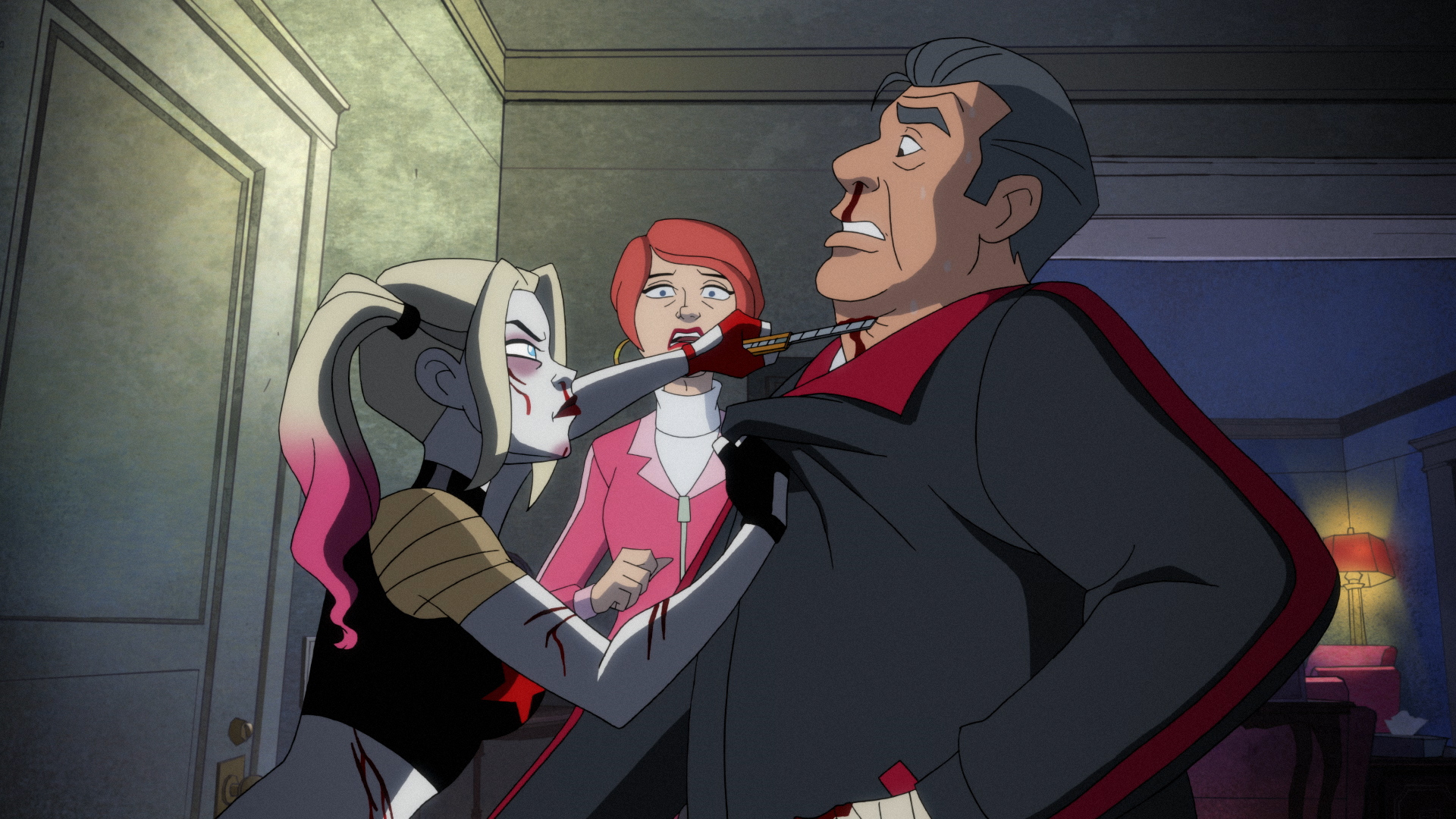 * Everything about Frank and Sharon Quinzel was F’d up. For years, fans thought the Joker corrupted Harley. But with parents like this, she never had a chance. Not only did her parents try to collect a bounty on her life, but Frank has a strange obsession with beating up Irish people.

* After the assassin kills Grandpa Quinzel, Harley throws a fork in her eye. The assassin removes the fork from her eye socket, discarding it and her eyeball before continuing her fight with Harley. Ewwwww.

* Have you ever taken a nap during a road trip, only to wake up and find your driver running away from gun-wielding drug dealers because you’ve stolen their hallucinogenic honey? Nobody else? Guess it’s the type of thing that can only happen on Harley Quinn. That wasn’t even the most twisted part, because apparently licking the honey twice makes you pass out with a – um…special salute. A very noticeable salute…and one that was still standing to attention HOURS later when the car got to Bensonhurst. That’s messed up! 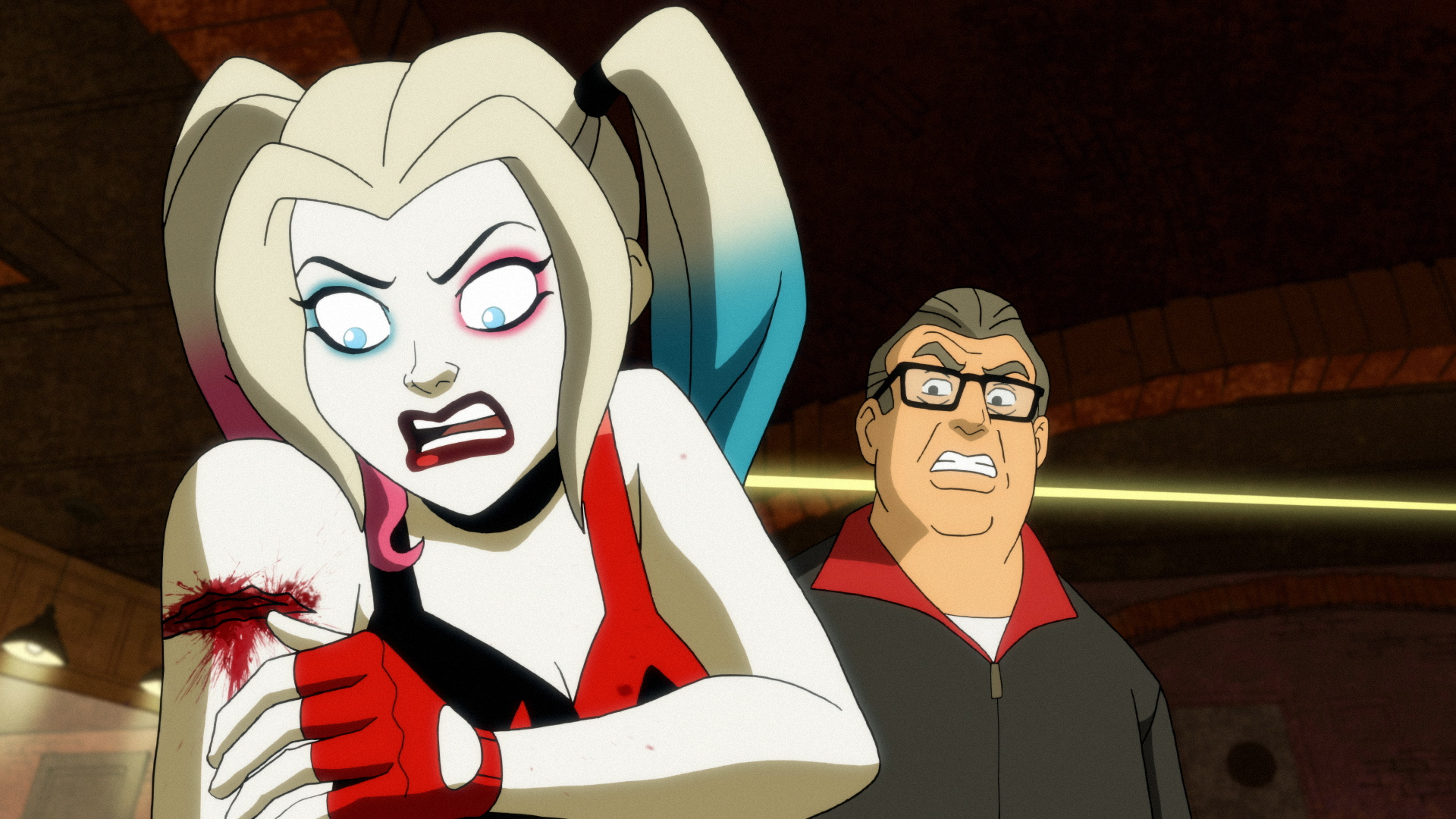 Family can drive you crazy, so it’s only natural that this episode gave us 12 F-bombs, which brings our series total to a historic 100!

Harley now has a series total of 41, Ivy has 24, and Frank the Plant has 10. Everyone congratulate Poison Ivy for dropping the 100th F-bomb of the series. Dream big, Pamela. 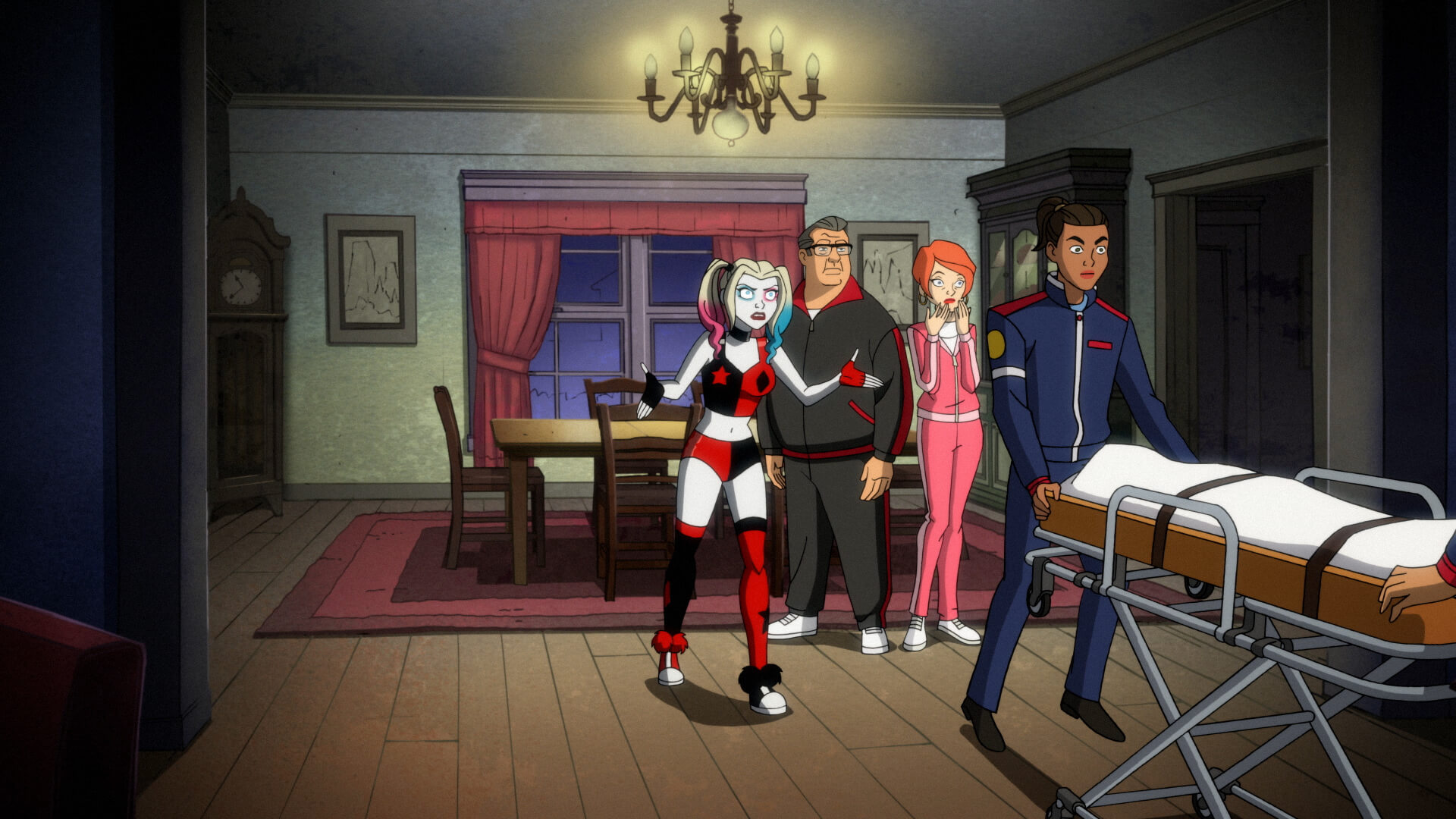 Let the bodies hit the floor! Harley killed three mobsters this week, one chef, and a hired assassin. This episode also featured the murders of both of Harley’s grandparents, and Nick Quinzel taking out a hired killer. That’s 8 bloody murders this episode, bringing the series total up to 90! Who will have the honor of being the 100th murder victim? 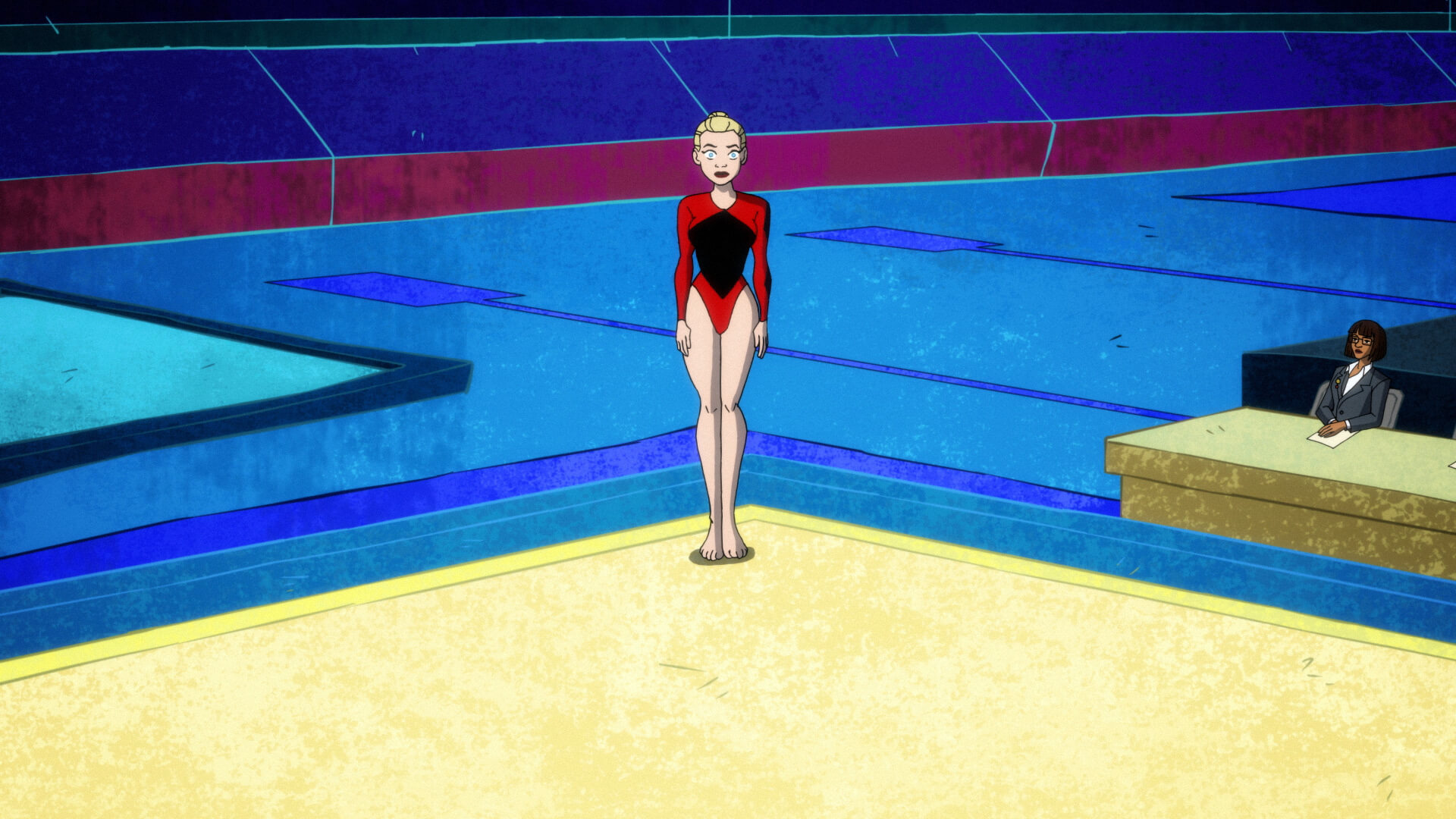 * Harley’s trip home shed some light on her gymnastics career. Harley’s background as a gymnast was first mentioned in The Batman Adventures: Mad Love #1.

* Harley’s father Frank is a conman like his comic book counterpart. Harley’s parents and her brother Barry were first seen in Gotham City Sirens #7. At the time Barry was a slacker man-child instead of an urn.

* Harley’s former crew celebrates their first day of freedom by spending the day at a Bludhaven theme park. Bludhaven’s theme park could be seen on Jim Gordon’s notepad in episode 6.

* While Harley is riding in Frank’s car, the side mirror she uses to speak with her “sane self” says, “Objects in mirror may be less real than they appear.” 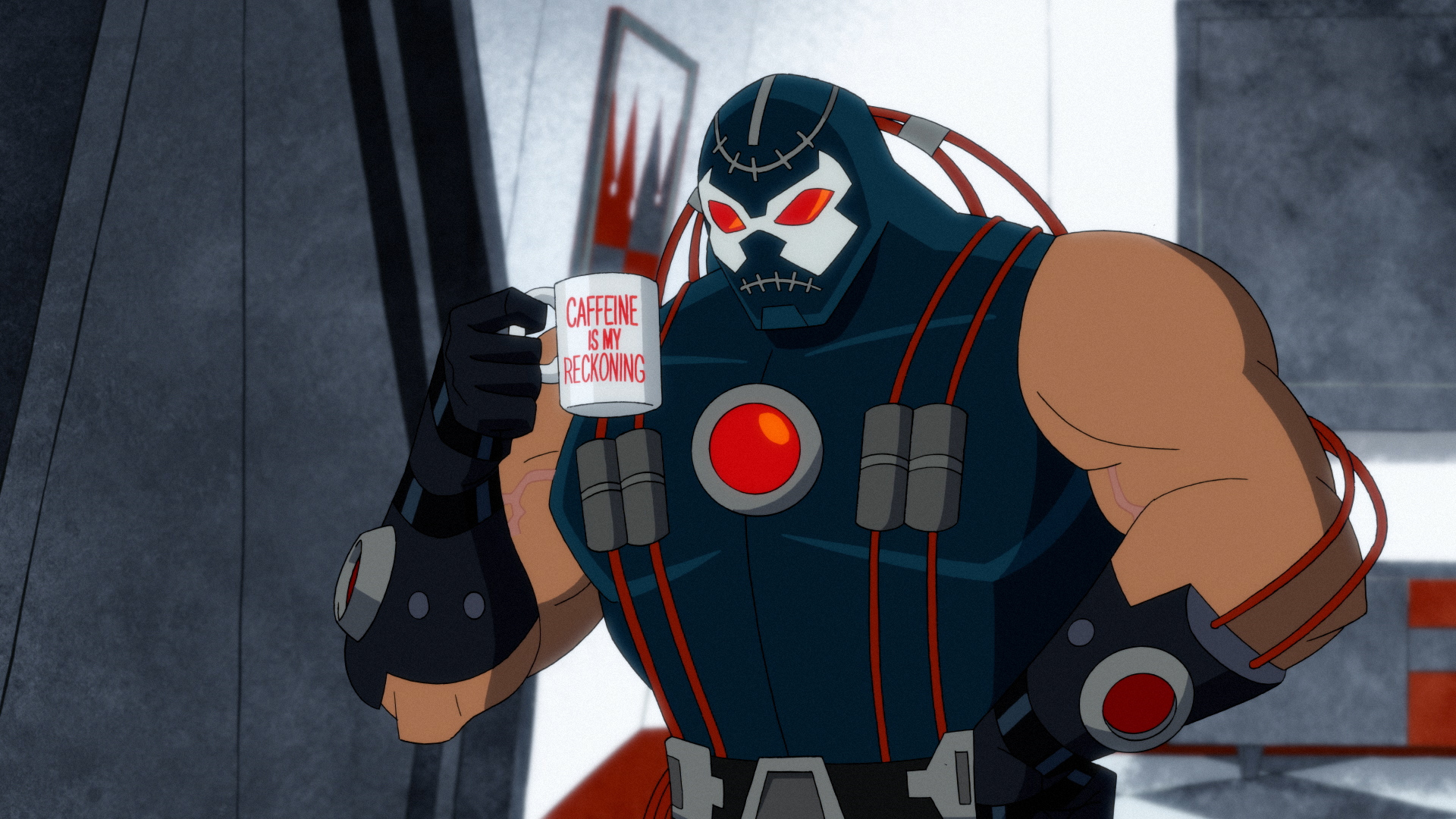 * Continuity note: Joshua Cobblepot is still salty about Harley ruining his bar mitzvah back in episode 2.

* Harley’s mother hasn’t called her because she “didn’t wanna waste your minutes.” Most phone plans don’t use “minutes” anymore, but the fact that Sharon doesn’t know that is quintessential mom. Who hasn’t had a conversation like that with a parent or grandparent?

* Remember when Bane broke Batman’s back? This episode ended with him struggling to bend a credit card. How the mighty have fallen.

That’s it for now! Tune in this Friday to see if Harley can rescue Ivy in time.

Who is the most F’d up member of the Quinzel family? Let us know in our Community!