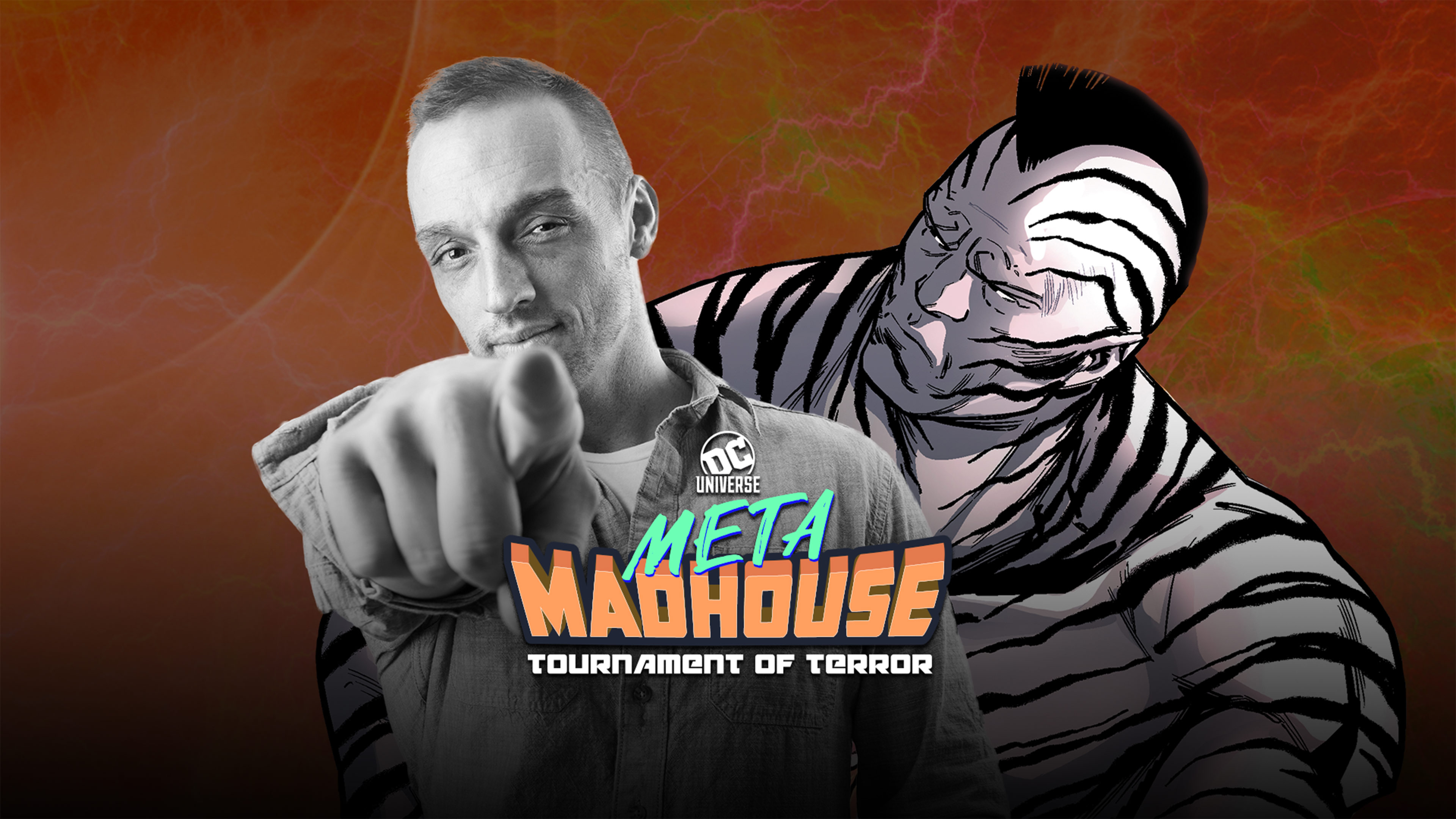 We told you that things were going to get wild once the Cheetah Beasts began to brawl! The latest bracket in Meta Madhouse has been a feral flurry, as each villain battles for the top spot. Don’t forget, there is a twist to this bracketed bonanza – Lazarus Pit revivals! Each of our 4 celebrity coaches - Echo Kellum, Phil Morris, Brian Michael Bendis, and Phil Jimenez – can pick one villain to revive and return to the battlefield. Phil Jimenez had the honor of picking this year’s final Lazarus Pit save, and he shocked everyone by reviving Zebra-Man!

We understand some of you might have questions. After all, each celebrity coach only has one Lazarus Pit save, so why use it on someone like Zebra-Man? We recently had a chance to chat with Phil, who confidently defended his choice. “Zebra-Man deserves this save, because he’s a villain who woke up one day and decided, ‘I can control magnetism and you know what I’m going to call myself? Zebra-Man.'” 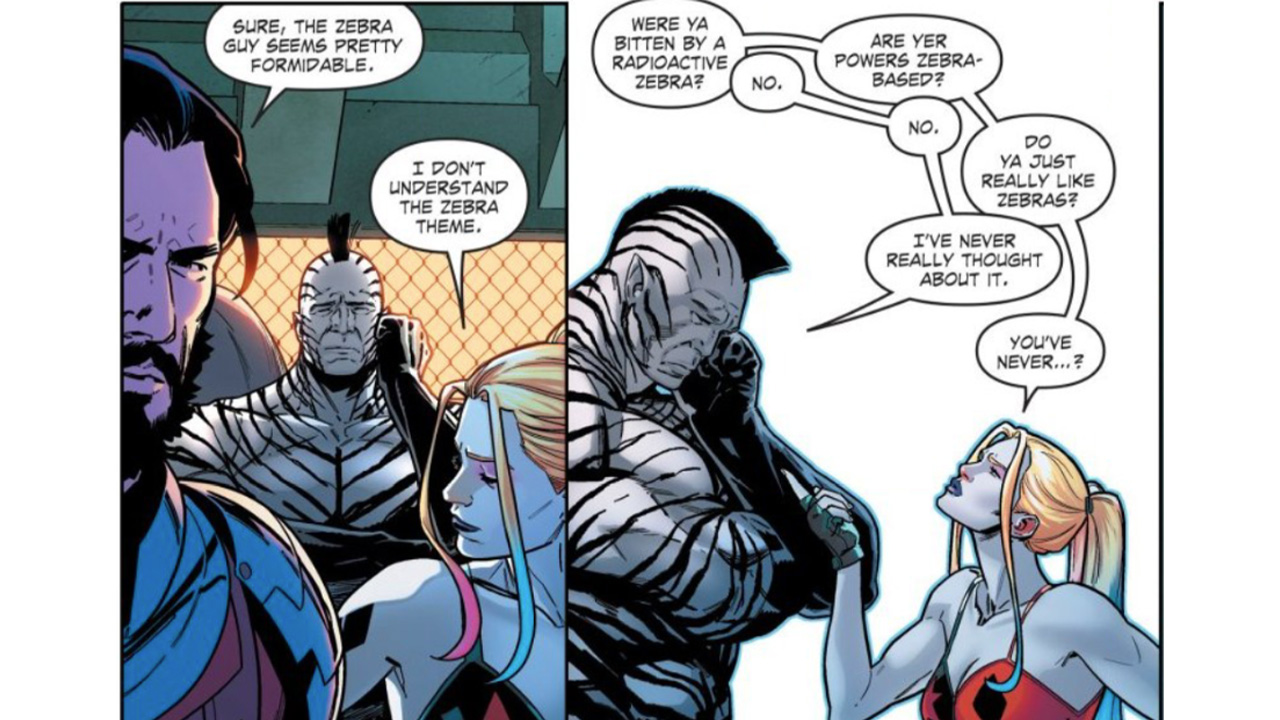 While Zebra-Man might not have the body count of the Joker, or command armies like Darkseid, the villain’s stories still struck a chord with Jimenez. “Once he joined Strike Force Kobra, a team of villains even weirder than he is. And that takes such chutzpah.” If you want to see what Jimenez is talking about for yourself, check out 1987’s Outsiders #21-22. Zebra-Man and Strike Force Kobra take on Batman and the Outsiders, and the battle will give you an idea of his true potential.

Jimenez also reminded us that wacky villains have been making a comeback in recent years. “I am a HUGE fan of odd-ball characters, especially villains, from DC’s past. It’s great to see their potential in reinventions by creators like Grant Morrison and Tom King.” A more serious version of Zebra-Man, calling himself Vortex, was seen in 2013’s Catwoman #19. Who knows, maybe this Lazarus Pit revival will convince a few creators to take another look at him.

While Jimenez embraces the goofier side of Zebra-Man, don’t mistake this for an ironic pick. Phil might love the silliness, but he can see past it. “These are not characters I make fun of; I literally love their oddness, their absurdity, and I like looking at them at directions beyond the obvious. It’s there that you see the crazy genius of some of these weird throwaways, and their potential.” 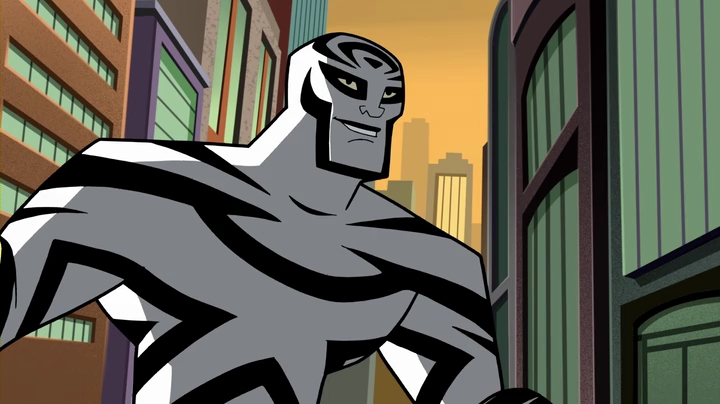 In the end, this is about who would win in a fight, and Jimenez made a convincing case for his pick. “Zebra-Man’s powers allow him to control magnetism. That’s insanely powerful on any scale. I expect most villains – and some heroes – use metals in their costumes or devices. And certainly there are metals floating in our bloodstream. I would love to see Zebra-Man tackle a big gun – like Lex Luthor or Black Manta – and really use his magnetic powers against them in formidable ways.” If you want to see more of Zebra-Man in action, check out his battle with the Caped Crusader in the Batman: The Brave and the Bold episode: “Duel of the Double Crossers.”

Zebra-Man’s repelling powers might be more useful than fans give him credit for, but will they be strong enough to defeat Gorilla Grodd and his mental abilities? Make your case in our Community forum, then vote for the next bracket in our Meta Madhouse competition!

Do you think Zebra-Man can go the distance? Let us know in our Community!