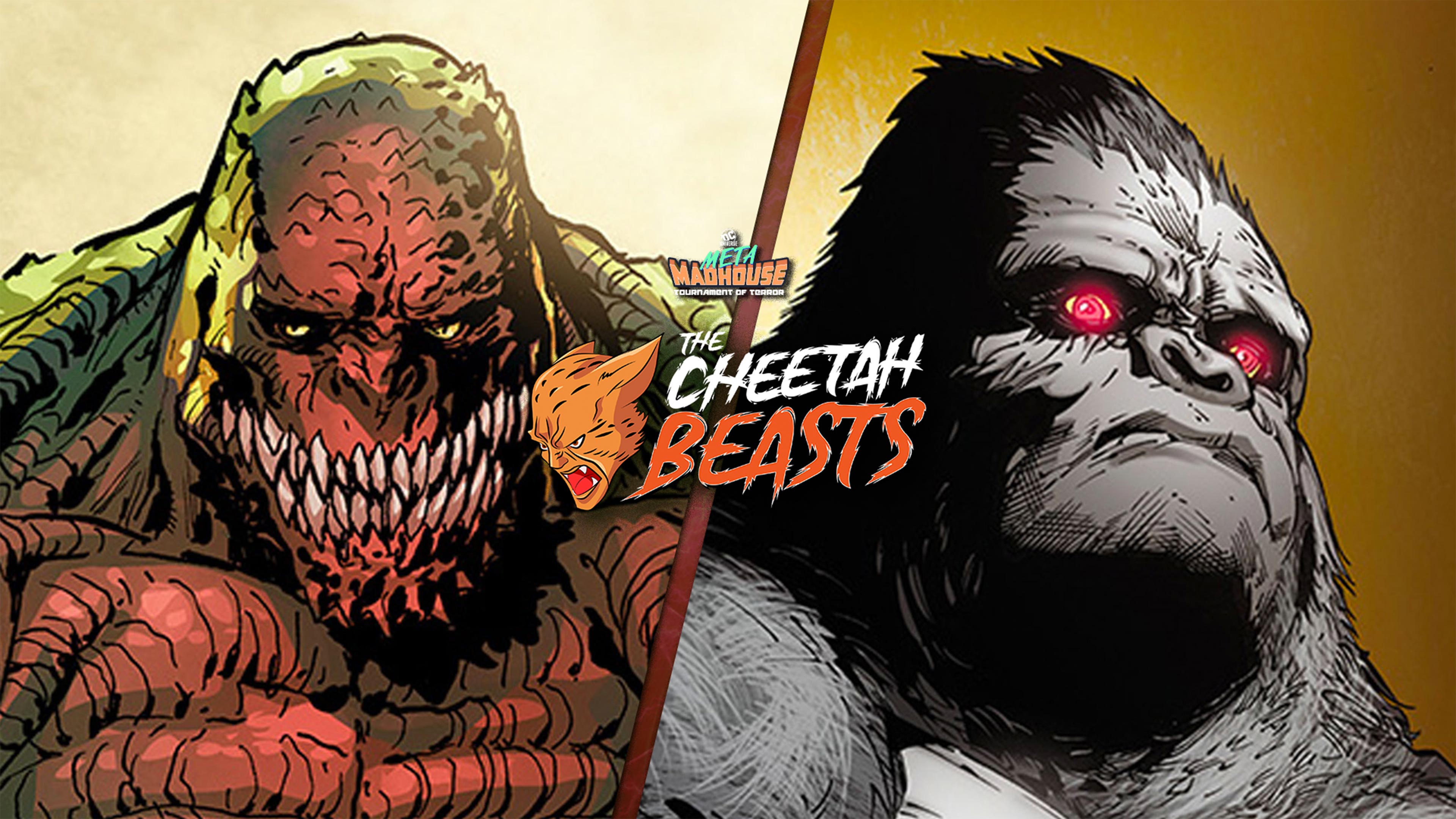 Sixteen beasts entered, and two remain! Welcome back to our day-by-day analysis of the Meta Madhouse: Tournament of Terror competition, where today we decide who will be the last competitor as we head into the final four. The Joker, Darkseid, and Lex Luthor all have their champions. After today’s match, Cheetah will have her own. It’s a decision which can only be made on the battlefield, through rite of combat… and through YOUR votes, which will determine each victor! (Votes which, again, we implore you, should be cast ONLY based on who would win in a fight… and not based on who’s fought Batman the most times or what have you. But you wouldn’t do that to us, would you?) Read up on each champion in our special Meta Madhouse comic collection before you cast your all-important vote!

For those undecided, this column exists to keep you informed: because an informed voter is a powerful voter. I’m Alex Jaffe, trivia master, investigative columnist, and “who would win in a fight” expert, and I’m here for the antepenultimate time in this annual celebration of hypothetical violence to provide my professional read on the odds of today’s scheduled match. So, here we go! Without further ado, the match we’ve all been waiting for with unabashed fervor: Bronze Tiger, one of the most capable fighters in the DCU and agents of both the Suicide Squad and the League of Assassins, versus Owlman, Batman’s equal and leader of the Crime Syndicate of America!

...Wait, hang on. That’s NOT today’s final? What the hell happened? Catwoman? Grodd? Killer Croc!? Well, the, uh, people have spoken, I guess!

THE CHEETAH BEASTS, FINAL ROUND: KILLER CROC VS. GORILLA GRODD

I’ll say this: of all the beasts who could have made it to the finals, Croc and Grodd may certainly be the most beastly. On the lower half of the bracket, Catwoman’s quarter-final victory over Owlman was surprising, but Grodd’s sheer strength, acuity for deviousness, mind control helmet, and history with both the Speed Force and time-stopping Still Force has always made him a strong contender for the Beasts bracket.

Killer Croc, on the other hand, arrives here in the finals as an odds breaking upset. First, he beat King Shark, an aquatic demigod who’s already demonstrably beaten him in a fight before. But in hindsight, we’ll admit the difference may be that the original battle was underwater. In a dry arena, perhaps Croc has the advantage. Then he beat Man-Bat, which, okay, is pretty fair. Just how he managed to overtake Bronze Tiger, though, one of the greatest, toughest, and most metahuman nonsense-experienced martial artists in the DC Universe, is still something of a mystery. Is this the same Croc we’re talking about who typically gets chumped in the first issue of an ongoing story arc as a means to introduce a greater threat? The same Waylon Jones who, when all is going to plan, executes his master stroke by throwing a big rock? 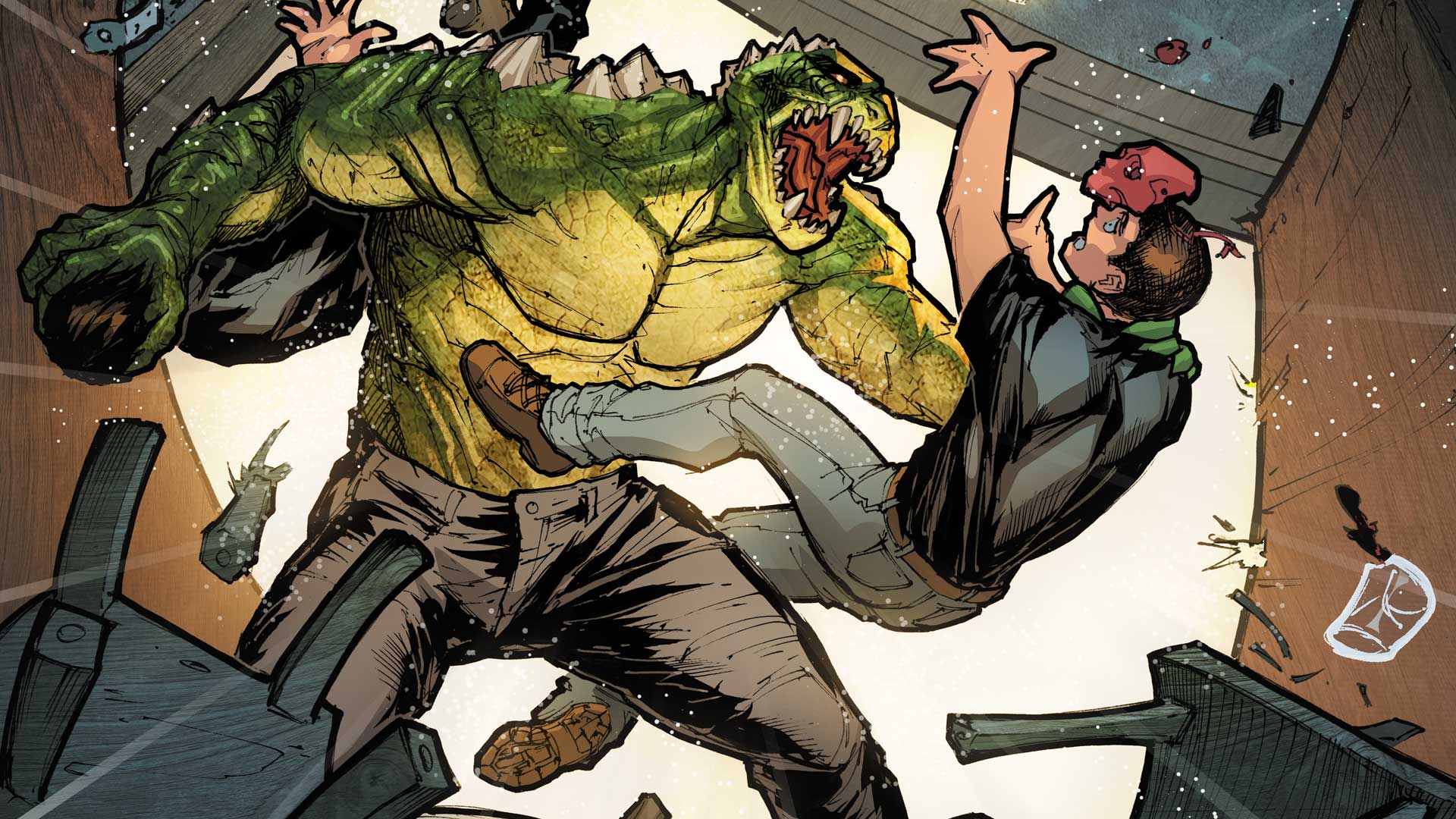 That’s not to say Croc hasn’t experienced some major power boosts in the past. In the video game Batman: Arkham Asylum, for instance, Batman defeats the likes of Bane, Poison Ivy, and a super-powered Joker with relative ease, but his only tactic when faced with Croc is to keep him occupied and run like hell. In the 2011 Batwoman series, Croc is mutated through the powers of Medusa to become a modern hydra, capable of destroying whole buildings and overpowering even Wonder Woman. That may not be a typical case, but it is useful to keep in mind that Croc was recently in a hot and heavy relationship with fellow Suicide Squad member Enchantress. Who’s to say whether she gave him a similar boost for this competition? 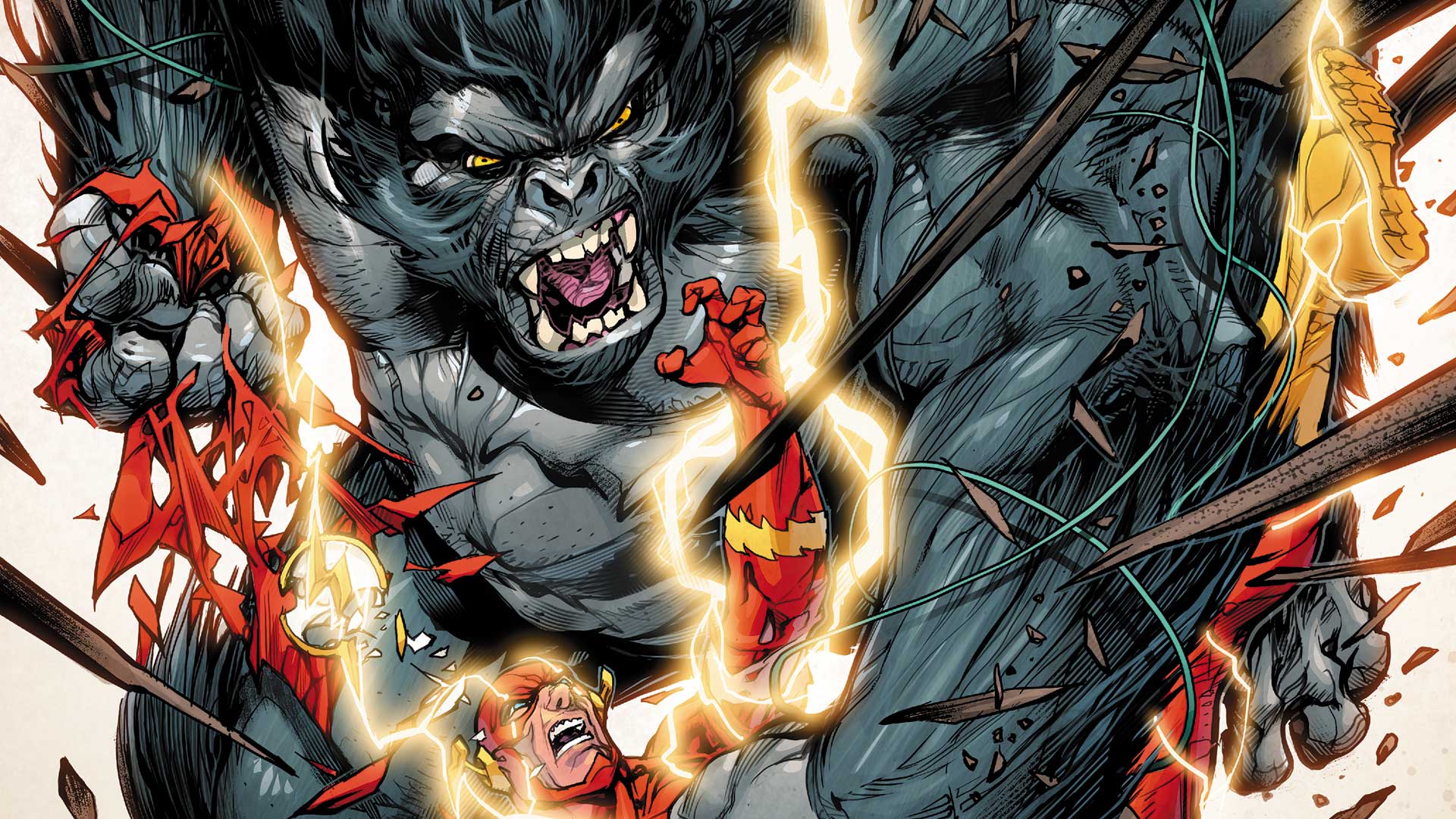 But with all those provisos in mind, should common sense prevail, Killer Croc has next to no chance in today’s bout against the Grodd of War. For all the brute strength that Waylon Jones brings to the table, he typically ends up acting as a high powered henchman for some other Gotham crime boss, and has been prone to manipulation by even the simplest gesture to his humanity. All that hierarchical deference and emotional vulnerability beneath his scaly exterior makes him a particularly susceptible target for Gorilla Grodd’s mind control. The terror of Gorilla City can win this fight without laying a single opposable thumb on Croc’s handbag hide. But, even if he didn’t have the power to overwhelm Croc’s mind, he’s still got him licked. Since The New 52, Grodd isn’t merely a super strong, super intelligent gorilla: he and other denizens of Gorilla City have also developed the natural ability to tap directly into the Speed Force, allowing him to keep up with The Flash in direct combat. Considering how one evil speedster has already made it into the final showdown, Croc should amount to no more than a speed bump on Gorilla Grodd’s beaten jungly path to glory.

Which wild beast will move on to the Meta Madhouse Semi-Finals? Cast your vote now and discuss in our Community!