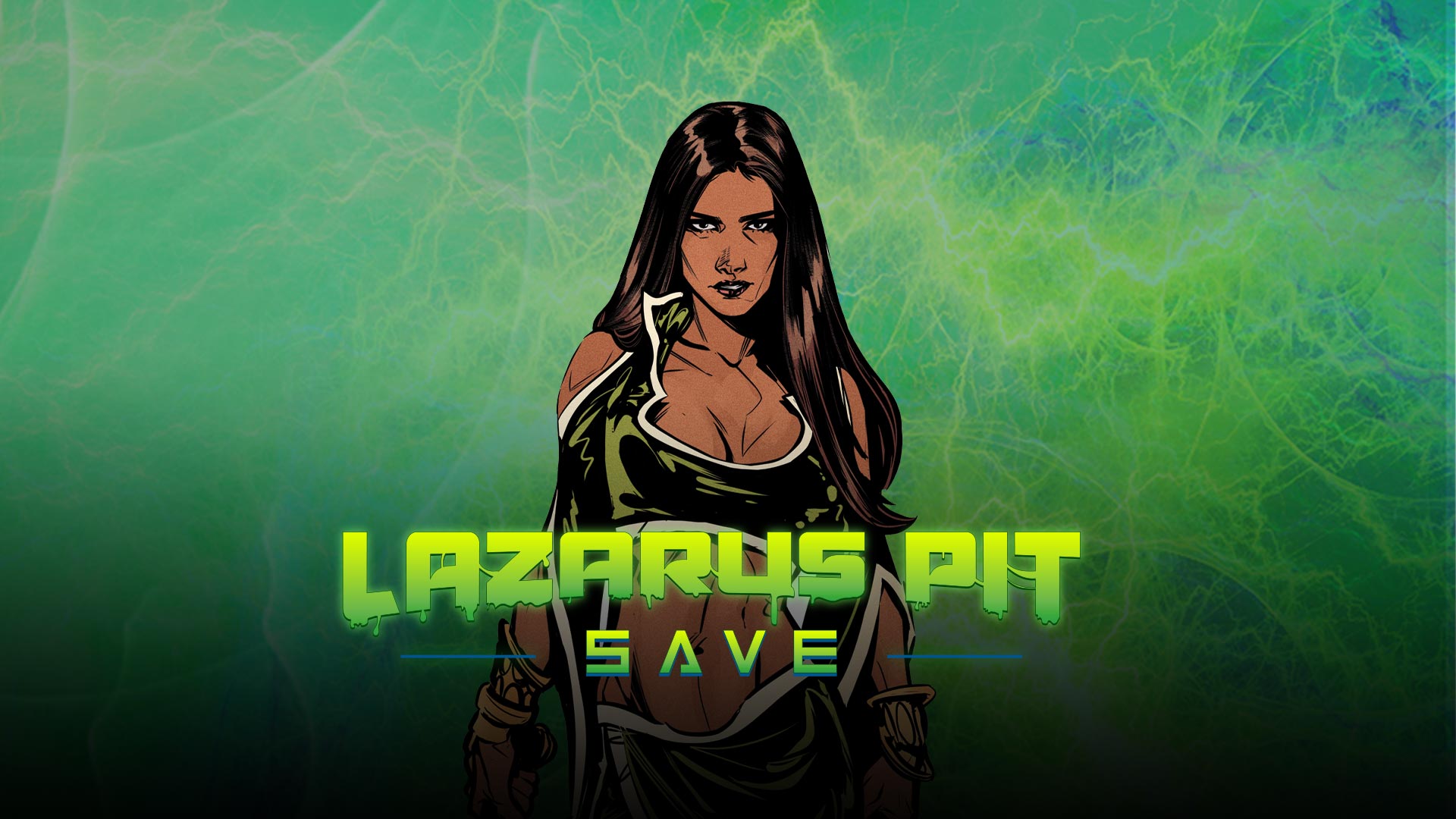 Meta Madhouse: The Masterminds' Lazarus Pit Save Has Been Activated!

THE PEOPLE HAVE SPOKEN… AND HAVE BEEN DENIED! This year for the Meta Madhouse: Tournament of Terror, the outcome of every battle in our grand bacchanal is determined by you, the voters… except for one. This year, the “Lazarus Pit Save” mechanic will allow a particular fighter who loses one democratically determined battle to overturn that verdict, and advance despite your collective opinion.

Which fighters? Well, that’s a secret, until the activation occurs. Every one of the four brackets this year was assigned to a prestigious member of the DC talent pool, who chose to award their one-time saving grace to the available combatants. As the current writer of both Action Comics and Superman, who better to weigh in on the Lex Luthor Masterminds than Brian Michael Bendis? 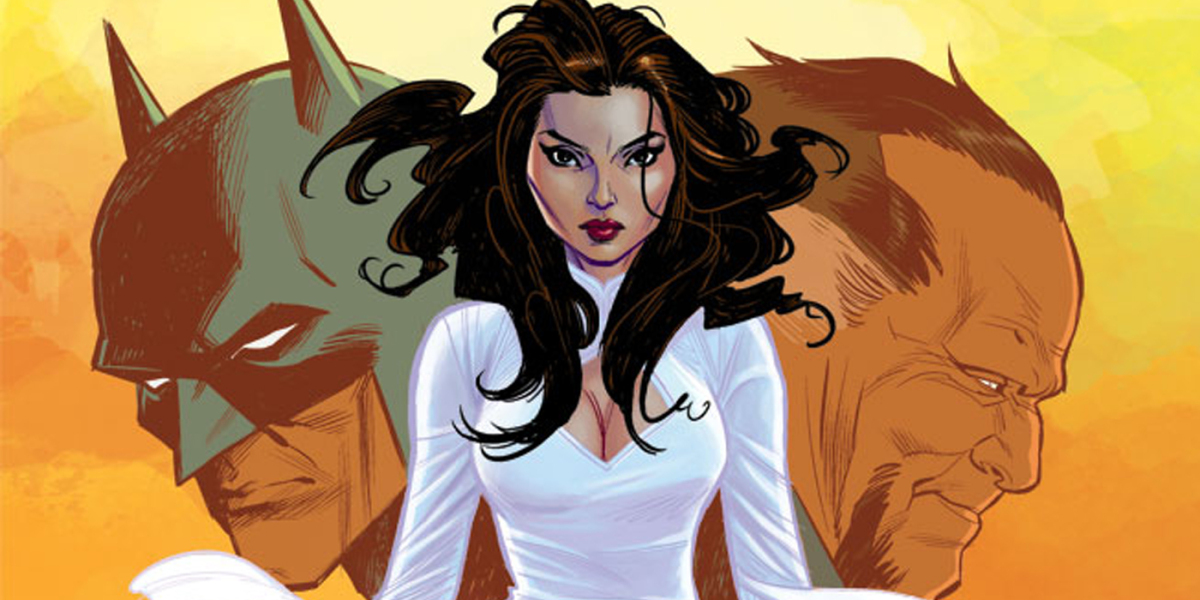 Bendis’s choice: the lovely, lovelorn, and often underestimated Talia al Ghul, the Daughter of the Demon. This choice may come as a surprise, unless you consider that this former mistress of super spy organization Leviathan was the choice of the man who’s also writing… let me check my notes here… Event Leviathan. Yeah, that’d do it.

So, sure. Talia’s a major badass, there’s no denying that. Trained by the League of Assassins, she in turn trained Damian Wayne, she’s got the chops to hold her own in a brawl with most of the toughies in the DC Universe. But her opponent was Slade Wilson. As in, Deathstroke the Terminator. The world’s greatest assassin, and almost certainly the DC Universe’s most popular one at that. How did Talia manage to get through this one? 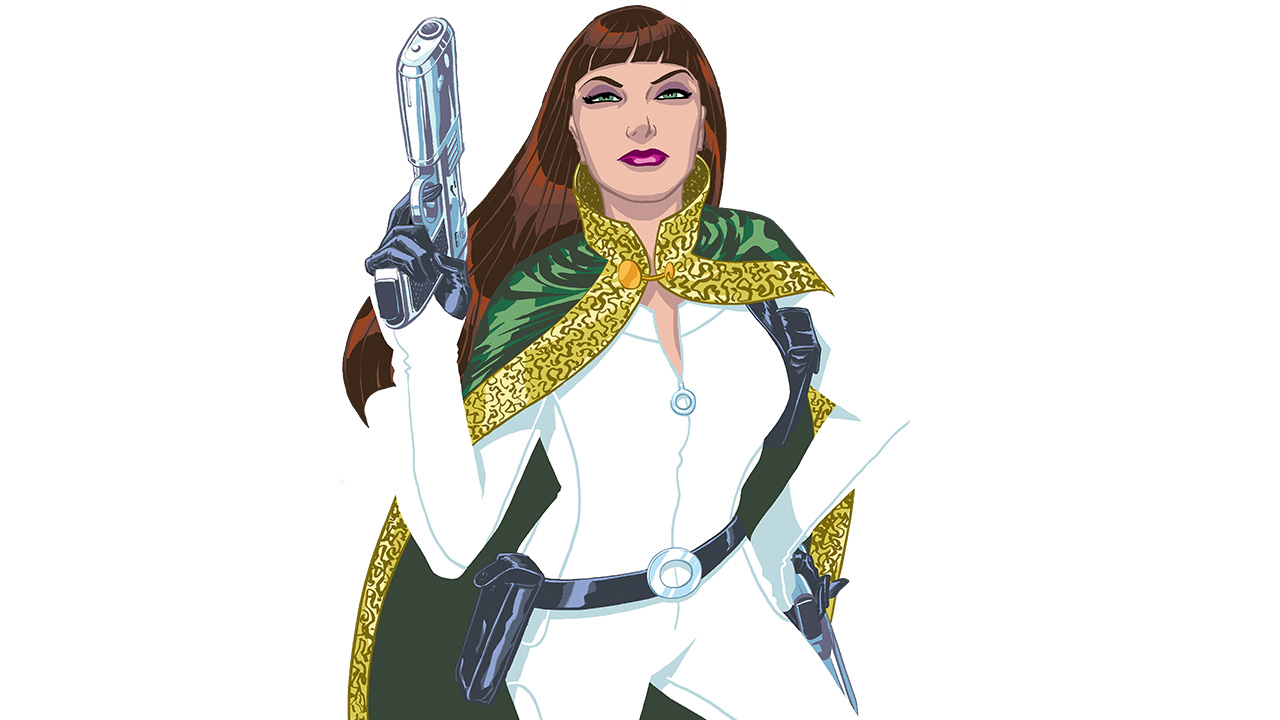 Like in the Harley/Ivy upset of the Joker Maniacs bracket, this may purely be a case of knowing thy enemy. Talia was once a major figure in the League of Assassins, and currently heads their counter-organization, the League of Shadows. She ran Leviathan, a spy network that collected dirt on all the world’s most notorious metahumans. All combined, the dossier on Slade has to be a volume in and of itself. For one thing, there’s the matter of his blind spot. You know, the one that’s an entire side of his face. Although Slade is a professional and has mostly learned to compensate for that, his enemies amongst the Teen Titans have leveraged that to their advantage in the past. And for a second, there’s the origins of his enhanced abilities, which come from a H.I.V.E. experimental procedure. With a little bit of preparatory spycraft- especially considering that one of the former masters of H.I.V.E. was Adeline Kane, Slade’s own rightfully vindictive ex-wife- it may not be impossible for Talia to get her hands on those specs and work something up to interfere with Slade’s chemistry. Talia is a woman who does her homework -- like all the most capable Masterminds in this bracket, she came prepared to deal with every conceivable opponent she could face 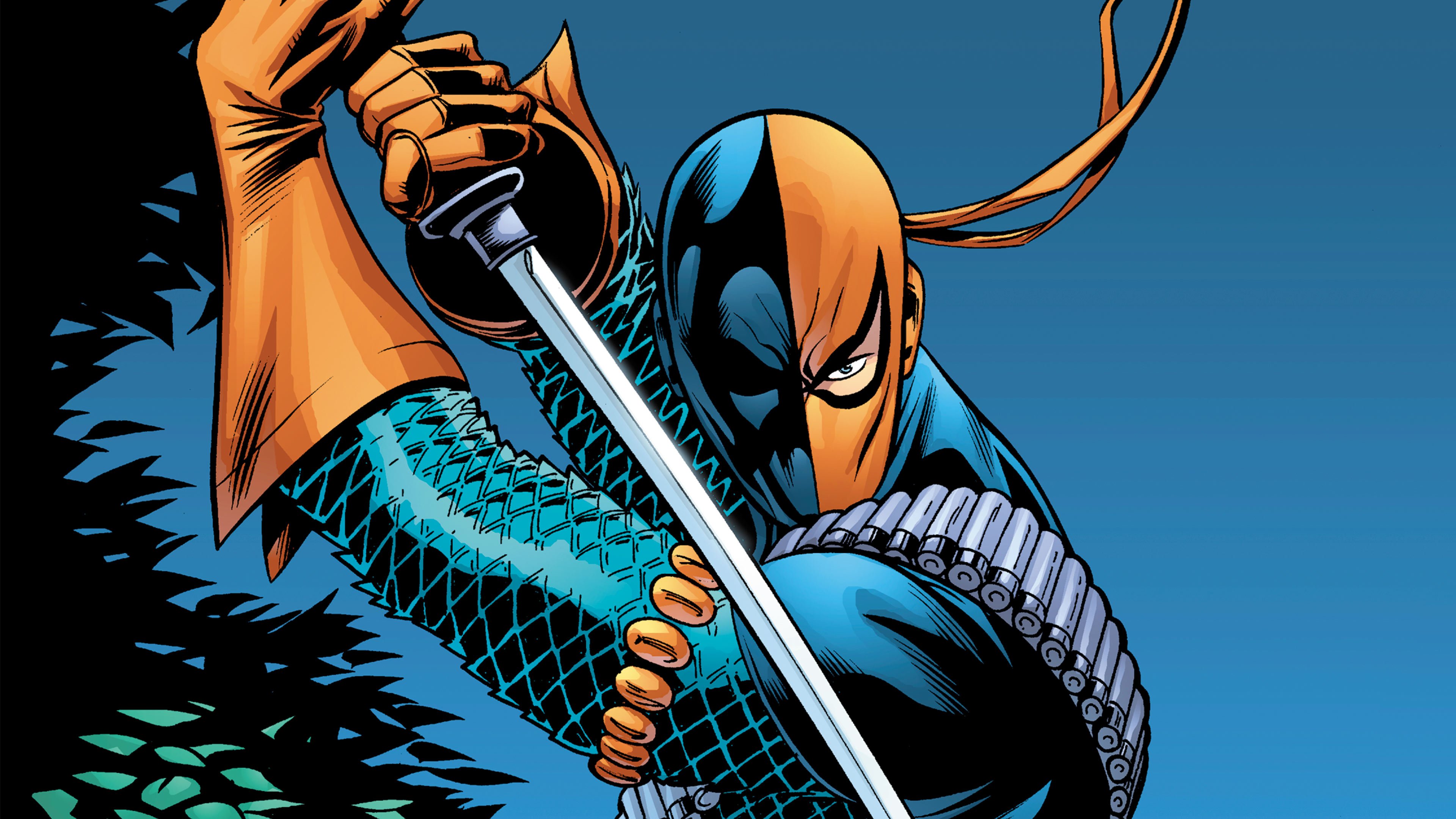 But, on the other hand, the same could be said for Deathstroke. Surely he’d enter this match just as prepared for Talia as she was to confront him, right? What could be the factor that separates Talia’s readiness to eliminate a target from Deathstroke’s? 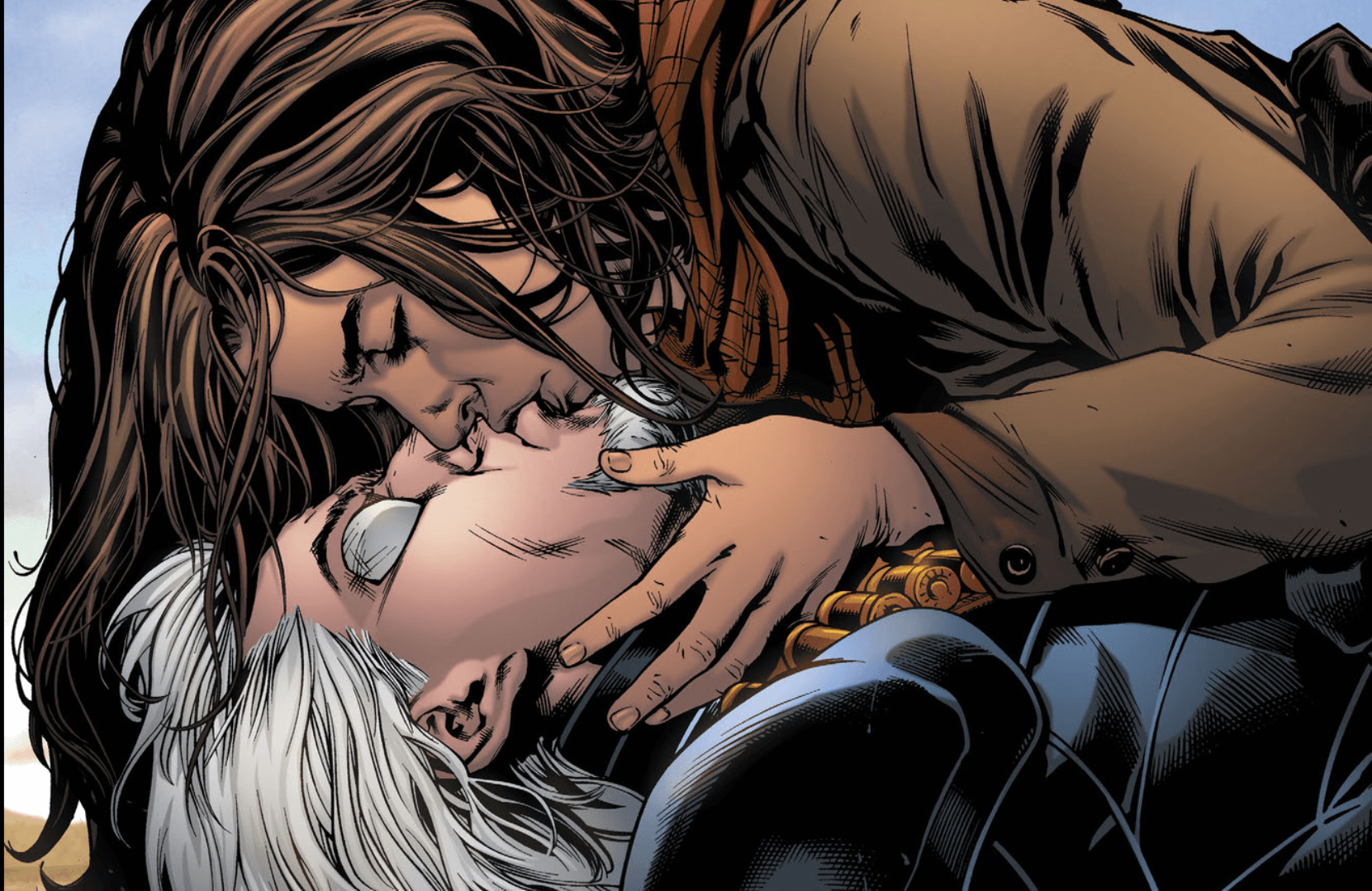 The answer to this question, and so many others, is love. Deathstroke is a man who can be easily manipulated into making stupid mistakes by the people who know him best… and one of those people happens to be Talia al Ghul, who we learned in 2018’s “Deathstroke vs. Batman” counted Slade amongst her former lovers. Talia got Deathstroke so twisted that he started believing that Damian was in fact his own son -- a folly which eventually got him killed (for a few issues, at least). Sure, Deathstroke has the skills and the kills to take out a woman of Talia’s stature. But when you factor in matters of the heart, it’s suddenly anybody’s game. After all: who’s more familiar with Lazarus Pits than an al Ghul?

Do you think Talia al Ghul can go all the way in the Masterminds bracket? Talk about it in our Community!