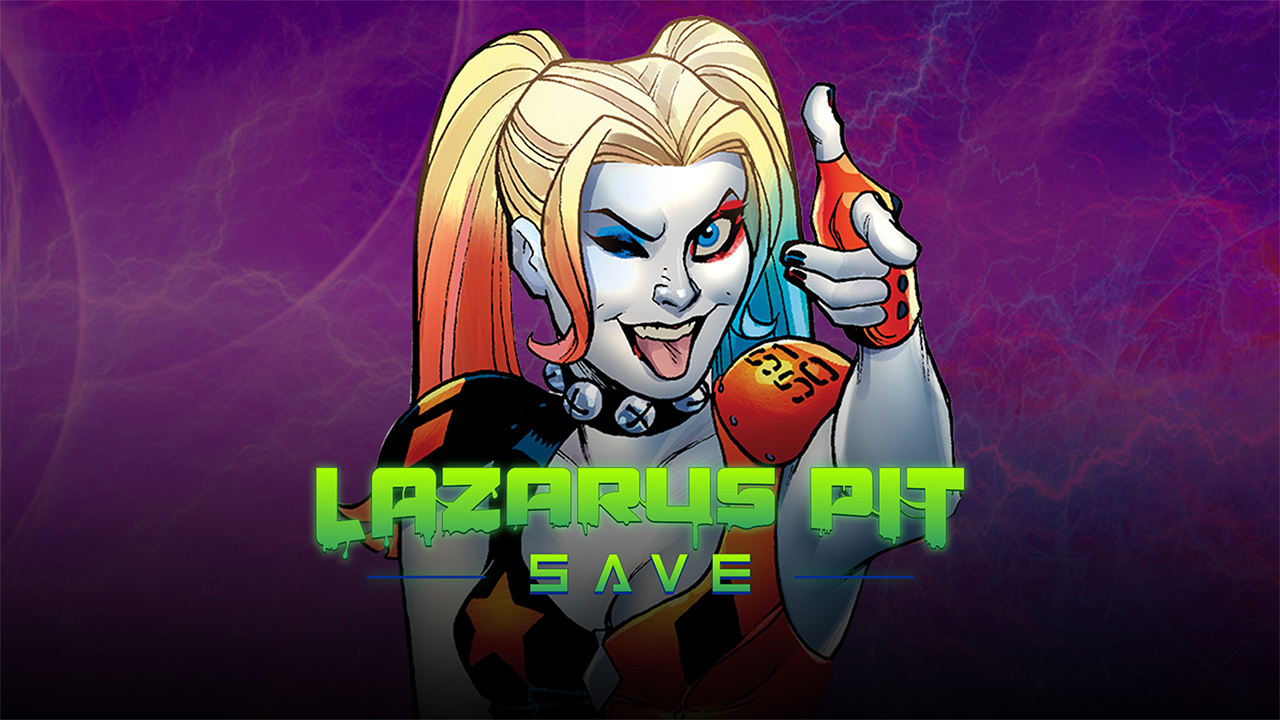 Meta Madhouse: The Joker Maniacs' Lazarus Pit Save Has Been Activated!

The will of the people… has been OVERRIDDEN! This year for our annual Meta Madhouse competition where our community chooses who would win each head-to-head battle in a merciless 64 entrant competition, we threw in a little twist. We met with four of the DC Universe’s brightest minds and talents to put their thumbs on the scales, each of them selecting one member from one of the four Super-Villain teams for an emergency LAZARUS PIT SAVE -- allowing them to progress further in the competition after losing one vote.

For the Joker Maniacs, DC Universe sought out the advice of the world’s third-smartest man: Arrow’s Mister Terrific himself, Echo Kellum. Given his choice of maniacs, he saw something in the Queenpin of Crime which set her apart. And today, we get to see that vote of confidence pop off in a big way. 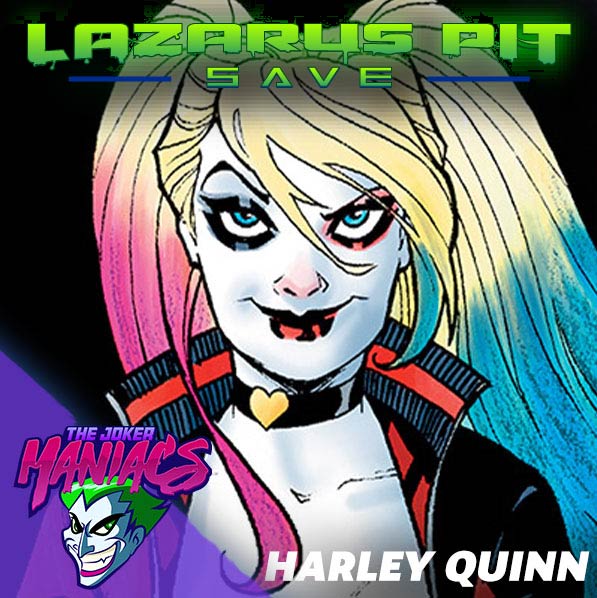 In yesterday’s Round of Eight, Harley Quinn was forced by the machinations of The Joker himself to do battle against the woman she loves most, Poison Ivy. It was a heartbreaking match that could have easily gone either way out of the strong feelings each contestant had for the other -- and it was one that the votes themselves were virtually split upon. With a final percentage breakdown of 52% to 48%, the odds barely came out in Poison Ivy’s favor for a merciless execution. But thanks to the power of the Lazarus Save, Harley managed to break through to her best friend and closest partner, getting her to stand down.

To her credit, it’s not the first time Harley’s managed to talk Ivy out of a dire situation. In Tom King and Mikel Janin’s 2018 Batman storyline “Everyone Loves Ivy,” Poison Ivy exerted the full extent of her power to dominate nearly every mind on Earth -- every mind, that is, except for a quick-acting Batman, Catwoman, and a lovingly spared Harley Quinn. Otherwise helpless to take on the planetary threat Ivy had become, Batman turned to Harley to ground the rampant Ivy and get her the help she needed. That… didn’t quite go as well as Harley had hoped… but it did usher in a new era for Harley and Ivy’s own relationship, now closer than ever before.

And then, of course, there’s that matter of the “nuclear option.” In the 2017 animated film Batman and Harley Quinn, Harley defuses a similar situation when Ivy teams up with the Floronic Man to remake the world into a botanical paradise, where humans need not apply for entry. How does Harley win the day? Not with her big mallet, or her deadly gymnastics -- by deploying big puppy dog eyes and sloppy wet tears, immediately prompting Ivy to drop all her plans and rush over to the person she cares for most. It’s not merely a fluke, but a play Harley knows how to deploy all too well. Ladies and gentlemen: “the nuclear option.”

Not convinced this would be how it plays out? Let us direct your attention to the byline: Batman and Harley Quinn was written by Bruce Timm, a man who happens to be something of an expert on this matter -- after all, he does happen to be the co-creator of Harley Quinn himself, not to mention one of the people who established her relationship with Poison Ivy in the first place. The experts have weighed in, and have added their two cents to the scales (or, five percent, in this case). Much to the Joker’s dismay, this match has been resolved with love and amicability, and Harley advances to the Joker Maniacs Semi-Finals!

Where she’ll be facing… Reverse-Flash. Without her Lazarus Save.

Hoo boy. Somebody, uh, somebody call a medic.

Are you shocked by today's Lazarus Pit Save? Let us know in our Community!