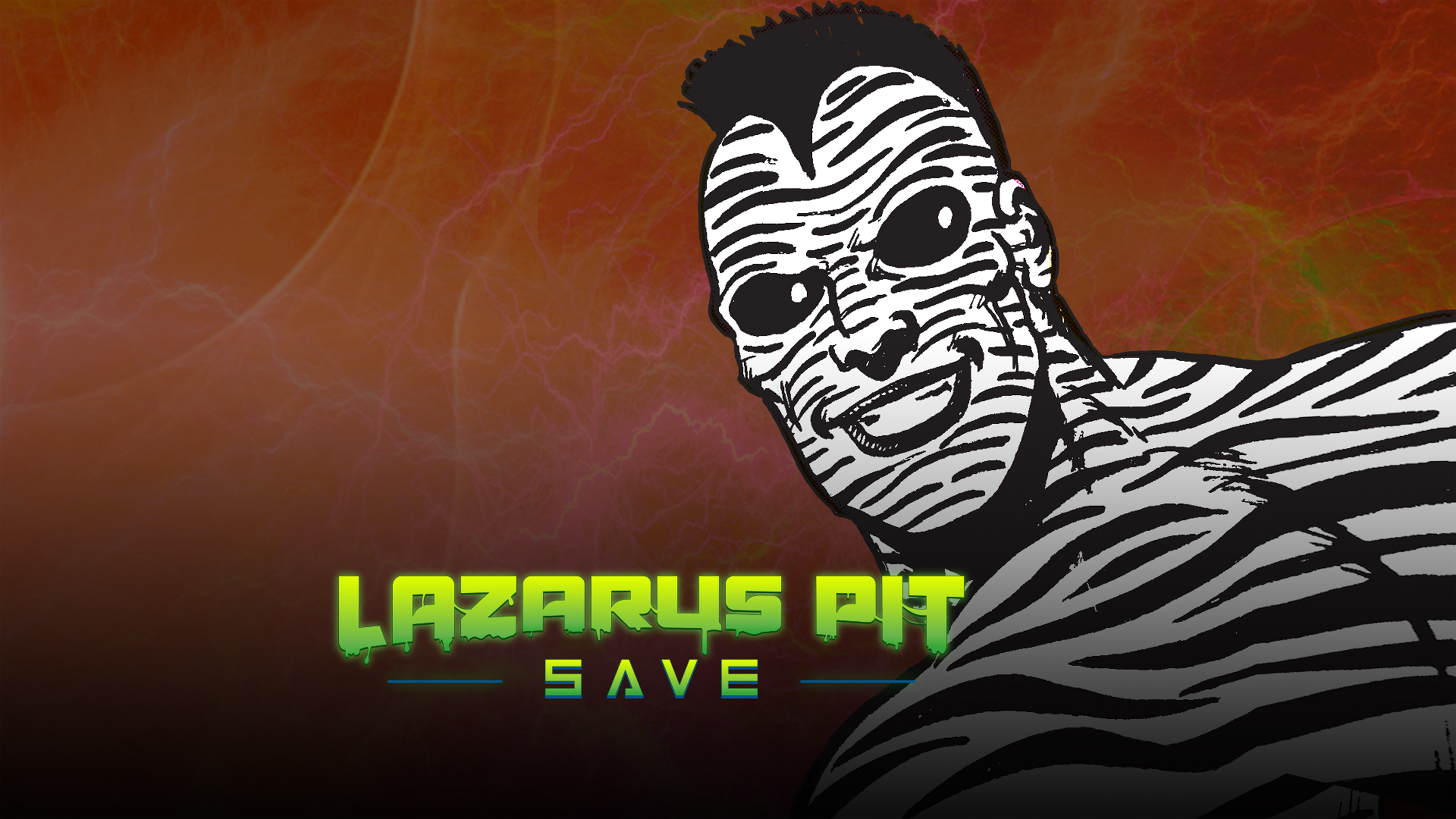 Meta Madhouse: The Cheetah Beasts Lazarus Pit Save Has Been Activated!

The people have spoken… and are summarily DISREGARDED! After the first round of votes for the battles in our Cheetah Beats bracket of this year’s Meta Madhouse: Tournament of Terror, the fourth and final “Lazarus Pit Save” has been activated -- saving a secretly, previously chosen character by a DC creative professional from one loss and overturning the voter-determined outcome. In this instance, we turned to Phil Jimenez, a man who knows a thing or two about the bestiary of the DC Universe. After all, somebody had to draw those super dense battle scenes in Infinite Crisis. Given the choice to throw his endorsement behind one of the many animal-themed contenders in this bracket, Jimenez elected to save the last character you might expect… alphabetically, at least. That’s right: in the battle between Black Manta and Zebra-Man, the unlikely master of diamagnetism has been chosen as our victor!

Usually regarded as something of a joke villain—you know, because he looks like a zebra—Zebra-Man is actually one of the more formidable members of Batman’s rogues gallery. No, seriously, I mean it. Those stripes aren’t a costume, or paint -- they’re the effect of a magnetic radiation which allows Zebra-Man, through the use of a power-regulating belt, to attract or repel whatever he so desires. 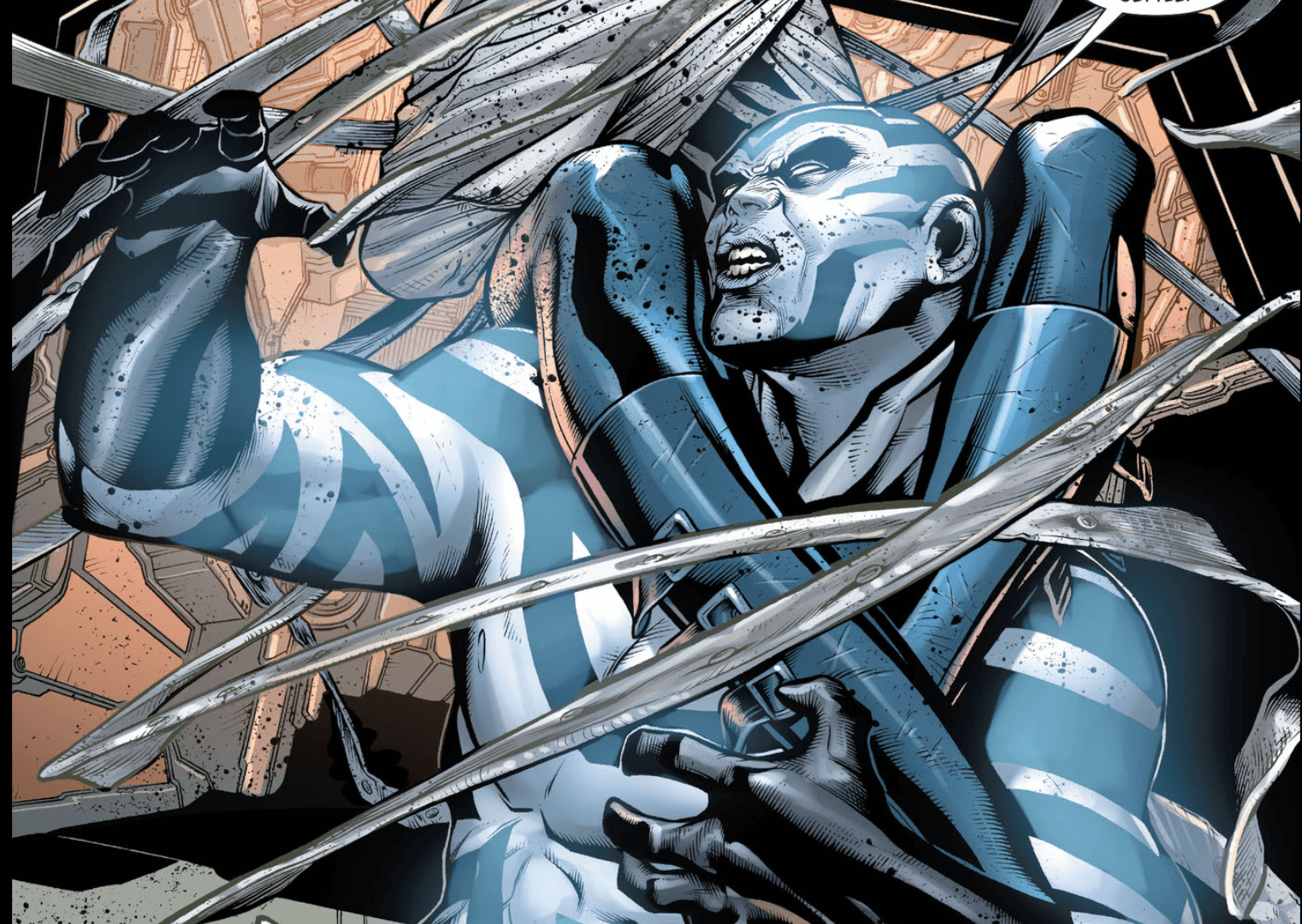 Although Zebra-Man does have the ability to magnetize whatever he wishes, metal is particularly susceptible to his “diamagnetic” manipulations. As formidable an opponent as Black Manta may be, his battle garb of choice happens to be a metallic diving suit -- putting him at a distinct disadvantage against Zebra-Man, opening him up to any assault that this striped Super-Villain can imagine. For all intents and purposes, Zebra-Man’s diamagnetism allows him to function like a powerful telekinetic, manipulating the people and objects around him as he desires. While Black Manta is a force to be reckoned with when it comes to direct combat, Zebra-Man doesn’t even have to touch him.

Some of Black Manta’s overruled supporters have argued that Zebra-Man’s powers may be all well and good, but he doesn’t have the combative experience Black Manta has when it comes to actually using them. That’s true enough. But, that’s also what the coaches are for: with guidance from bracket coach The Cheetah, a Super-Villain known for her legendary battles against perhaps the greatest warrior in the DC Universe, Zebra-Man may have spent his time during the previous three brackets learning how best to use his potentially overwhelming powers offensively. We’ve seen clear examples of our coaches playing favorites until now -- and unlike Black Manta, who was often at odds with Cheetah during their time together in the Legion of Doom, Zebra-Man already has a working relationship established with her from the Forever Evil incident. As Harley Quinn might attests, climbing up the ranks of Super-Villainy is all about who you know. It just might be that connection to the boss which allowed Zebra-Man to advance today, against… Owlman, huh? Well, okay. Good luck, Zebra-Dude -- hope you know that Lazarus Pit Save only works once.

Has Zebra-Man's victory blown up your bracket? Talk about it in our Community!