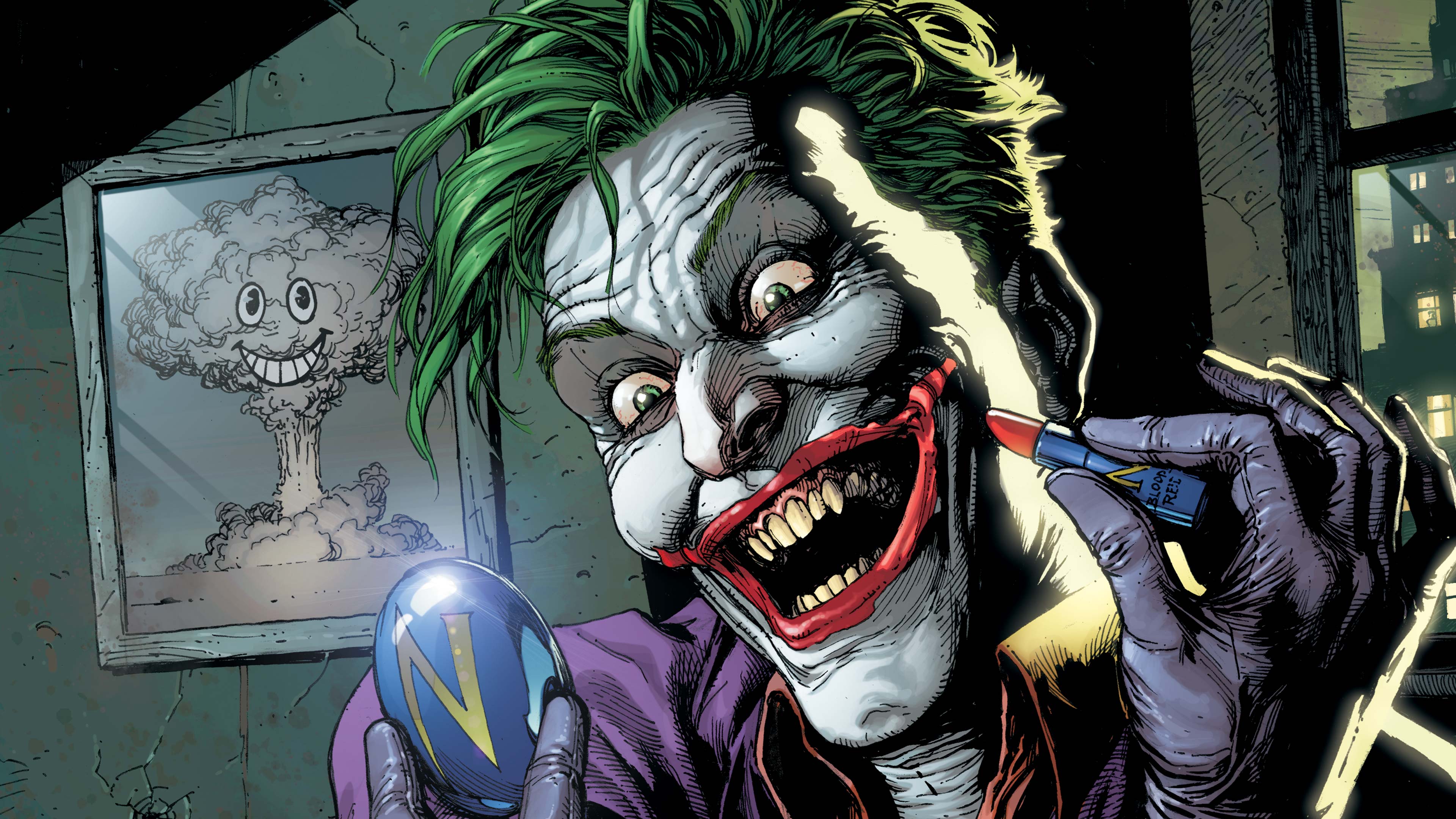 The Many Faces of the Joker: 21st Century Insanity

From his homicidal beginnings in the Golden Age, to his current iconic status, the Joker is a clown putting on a never-ending performance for his nemesis Batman. To celebrate  the newly released ‘Joker’ motion picture we’ve been spending the week tracking the Clown Prince of Crime’s various incarnations, and today we’ll be diving into his 21st century adventures and what the future holds for the Joker. 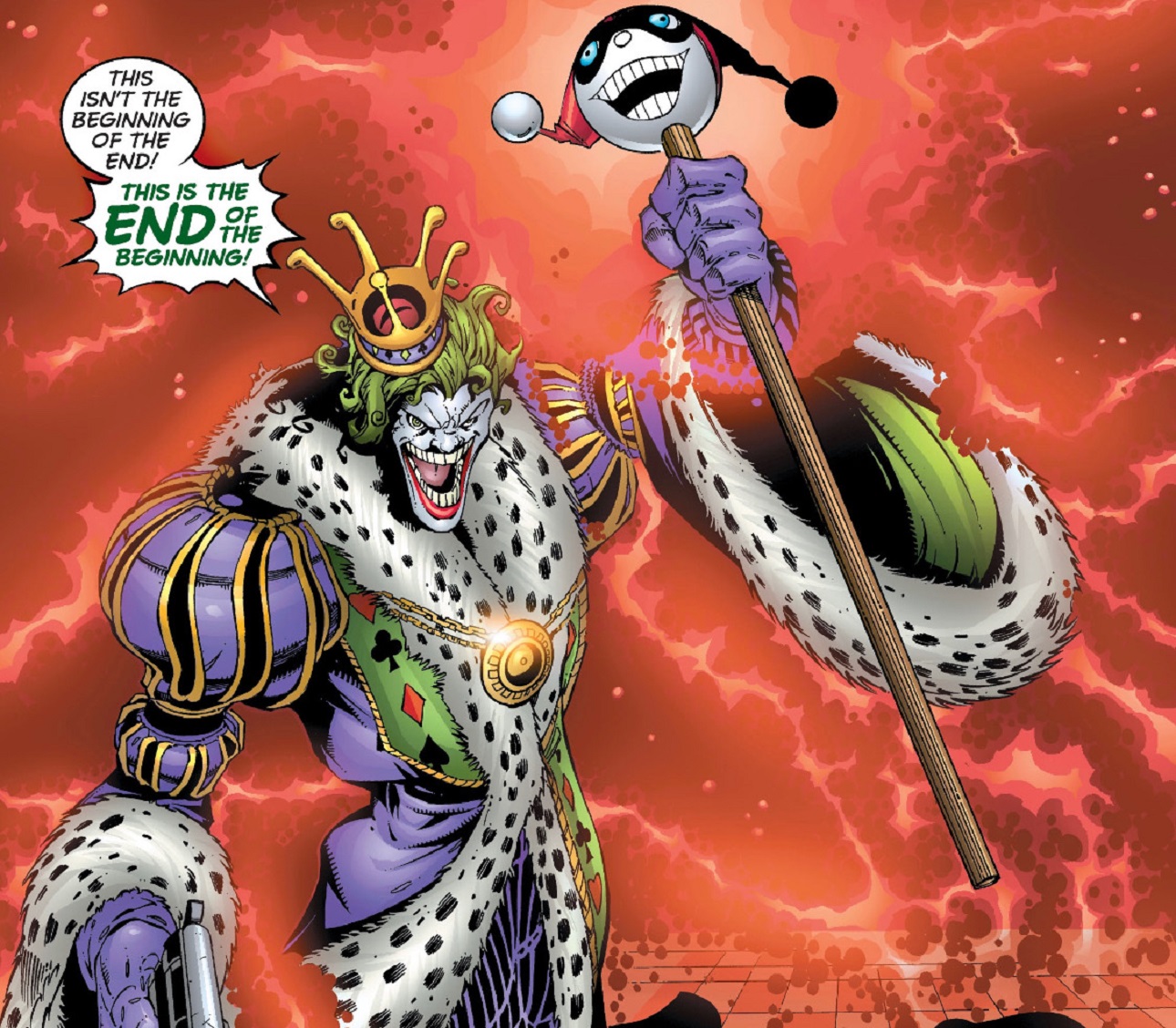 The Joker began the new millennium by gaining phenomenal cosmic powers. During a storyline called “Emperor Joker” the Clown Prince of Crime tricked the 5th dimensional imp Mr. Mxyzptlk into giving him his powers. An omniscient Joker is a scary Joker, and he used his new powers to kill the Dark Knight, revive him and then repeat the cycle dozens of times. Fortunately for the universe, the heroes were able to outsmart him, and the Joker lost his powers. 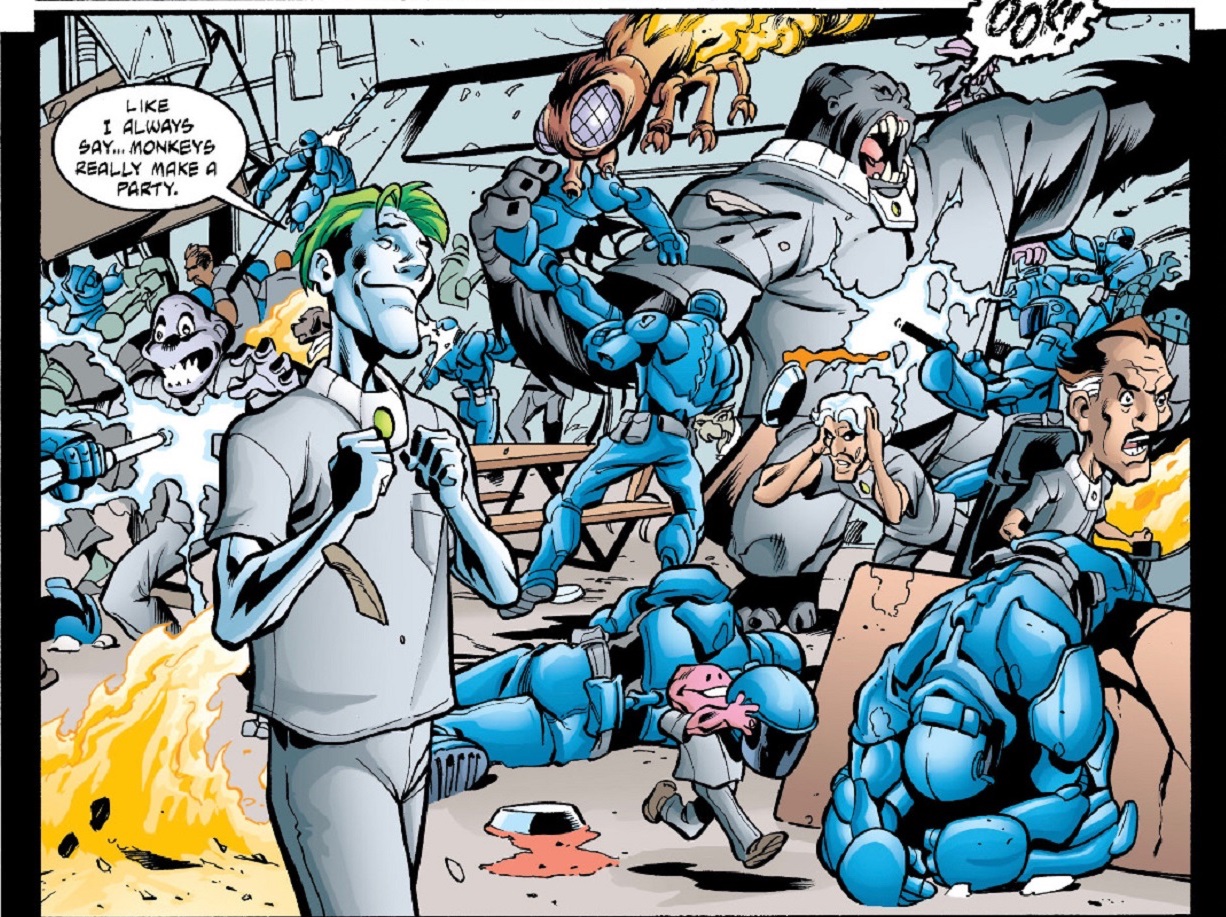 The Clown Prince’s next big story occurred in 2001’s ‘Joker: Last Laugh’ limited series. A group of Arkham doctors lie to the Joker about him having a terminal illness, hoping it would shock the villain enough to rehabilitate him. It’s clear that these doctors didn’t think this through, because the news only motivated the Joker to try one final performance. After all, if the Joker is dying, he’s going to make sure he can take as many people with him as he can! He creates his own army of Jokers, and tries to continue his lineage through Harley. Luckily the Joker is caught by the Bat-Family, and it sounds like those doctors might have a bad case of medical malpractice on their hands. 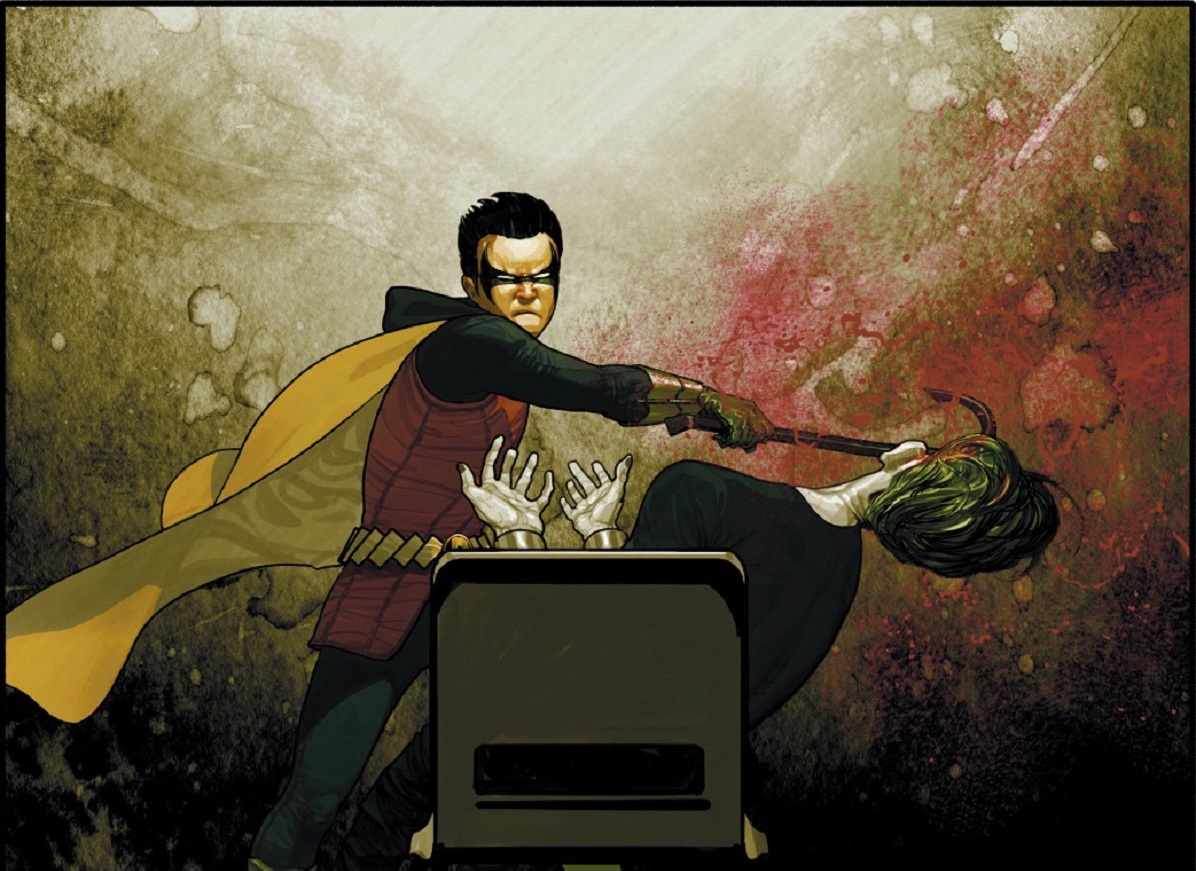 When Grant Morrison began his run on ‘Batman’ in 2006, he put the Joker through many different phases. He began by having an imposter Batman shoot the Joker in ‘Batman’ #655, which scars the villain. The Joker makes a comeback in ‘Batman’ #663 where he tries to show the Dark Knight that his cruel nature has depths that still haven’t been seen. Morrison’s reinvention of the Joker continued in the “Batman R.I.P.” storyline where he was presented as a cross between David Bowie and Prince. The Joker allied with the Black Glove organization to help take down Batman, but as usual the Clown Prince played by his own rules. The Joker turns on his allies and murders the Black Glove members. Were you expecting something else?

The Joker continued bedeviling Gotham throughout Grant Morrison’s legendary run, but there was an epic moment in 2010’s ‘Batman and Robin’ #13-14 where Damian Wayne beats Joker with a crowbar. Not so fun when it’s on the other end, is it Joker? Consider this karma for all the humiliation the Joker has subjected the Robins to over the years. 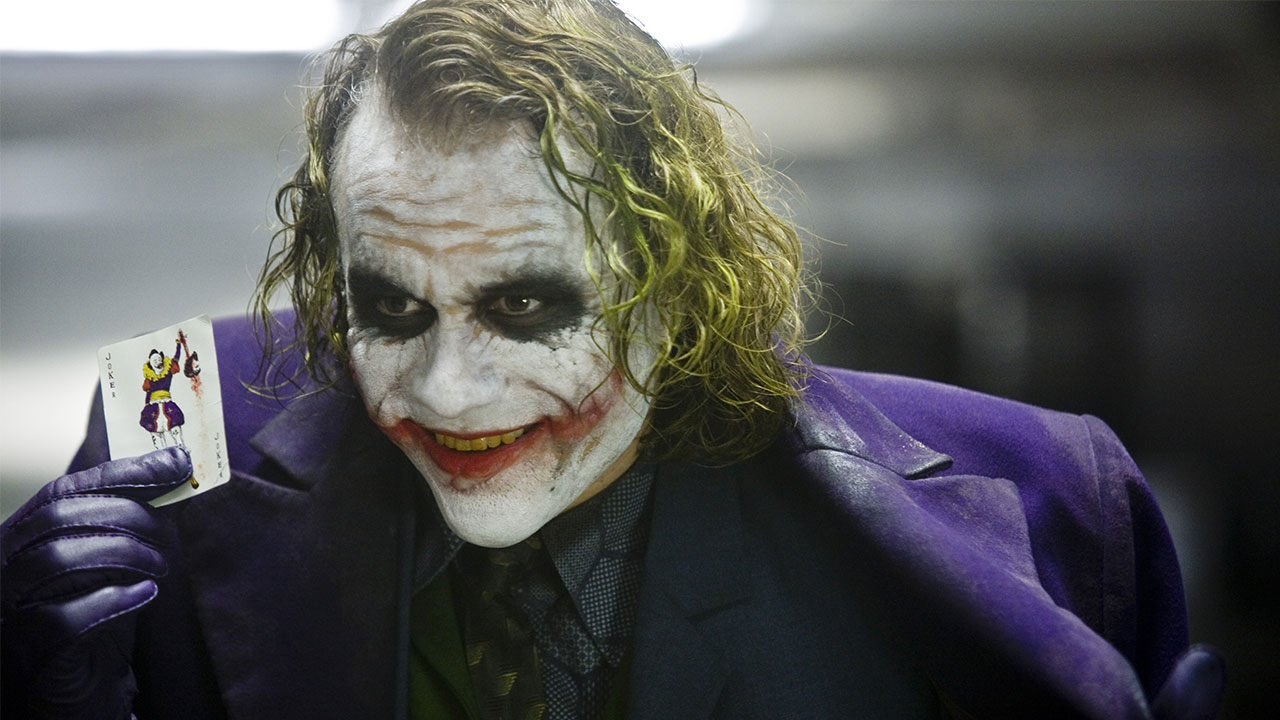 In 2008 the Joker overtook pop culture again when Heath Ledger played the Clown Prince in ‘The Dark Knight’.  Ledger’s Joker was an unpredictable agent of chaos one moment, and a mastermind planner a moment later. He gave audiences some memorable moments, like a trick involving a disappearing pencil, a monologue or two about scars and a new famous catchphrase “Why so serious?” Ledger’s Joker became a popular Halloween costume, and is still a mainstay on the cosplay circuit to this day. The world recognized the epic performance he gave, and he was posthumously awarded an Oscar for Best Supporting Actor. 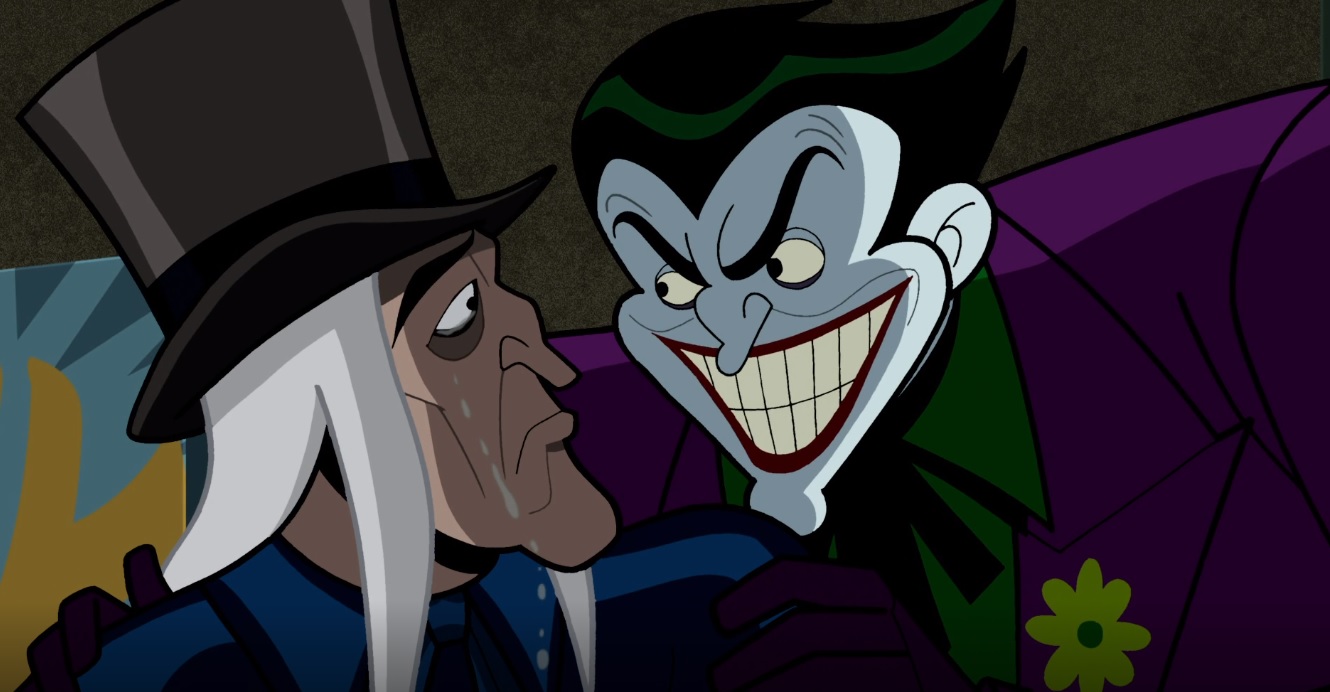 The Joker’s popularity hit a new renaissance, with Mark Hamill reprising a more adult version of the character for the Arkham video game franchise. While Hamill was showing fans the Joker’s darker side, Jeff Bennett lent his voice to a more old school version of the character on the animated series ‘Batman: The Brave and the Bold.’ The cartoon modeled the Joker after his 1950’s design by Dick Sprang, and featured a more fun Silver Age inspired characterization of the clown. The Joker was a popular guest-star, and he was even given his own focused episode with “Joker: The Vile and the Villianous.” 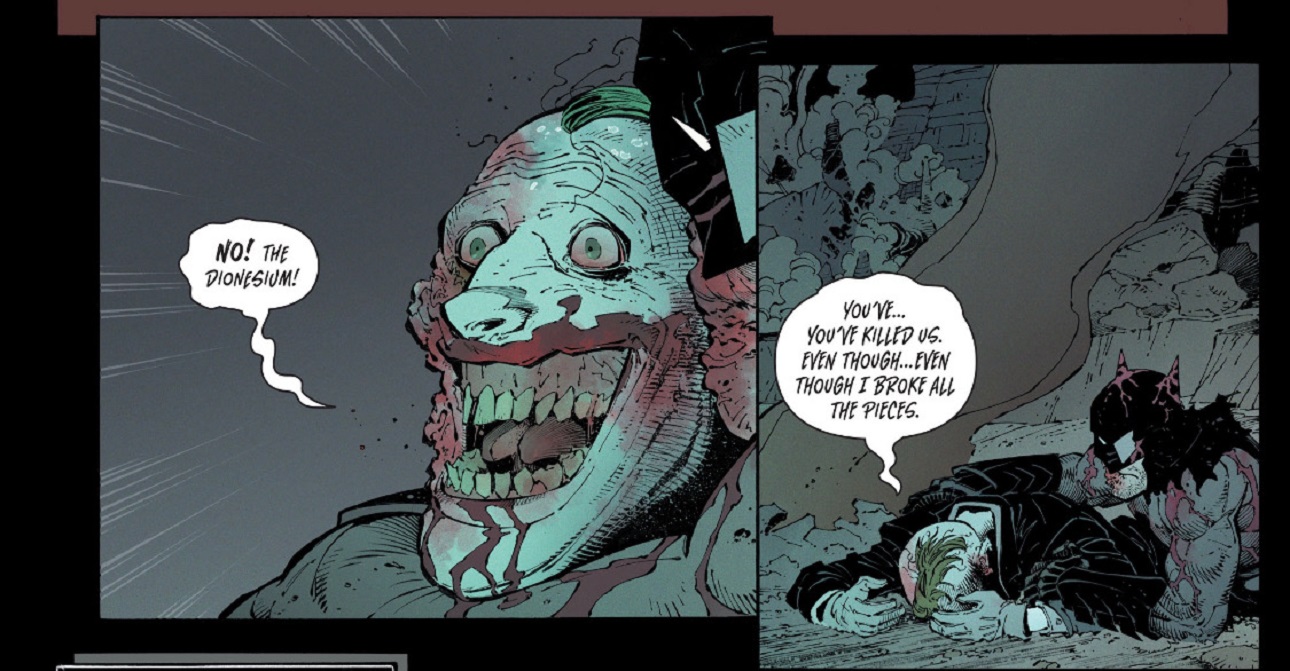 When the Batman family of titles was revamped for DC’s New 52 line, the Joker went through some interesting changes of his own. 2011’s ‘Detective Comics’ #1 ended with the Joker removing his own face! After being off the board for a while, the Clown Prince returned in the 2012 storyline “Death of the Family” where he psychologically taunted the Bat-Family and threatened the Dark Knight’s relationships with his sidekicks. Since his face had been ripped off, the Joker now wore a mask version of himself made from dead skin. Creepy! The Dark Knight’s relationship with the Joker was further explored with Scott Snyder and Greg Capullo’s “Endgame”, which features a memorable showdown in the depths of the Batcave. 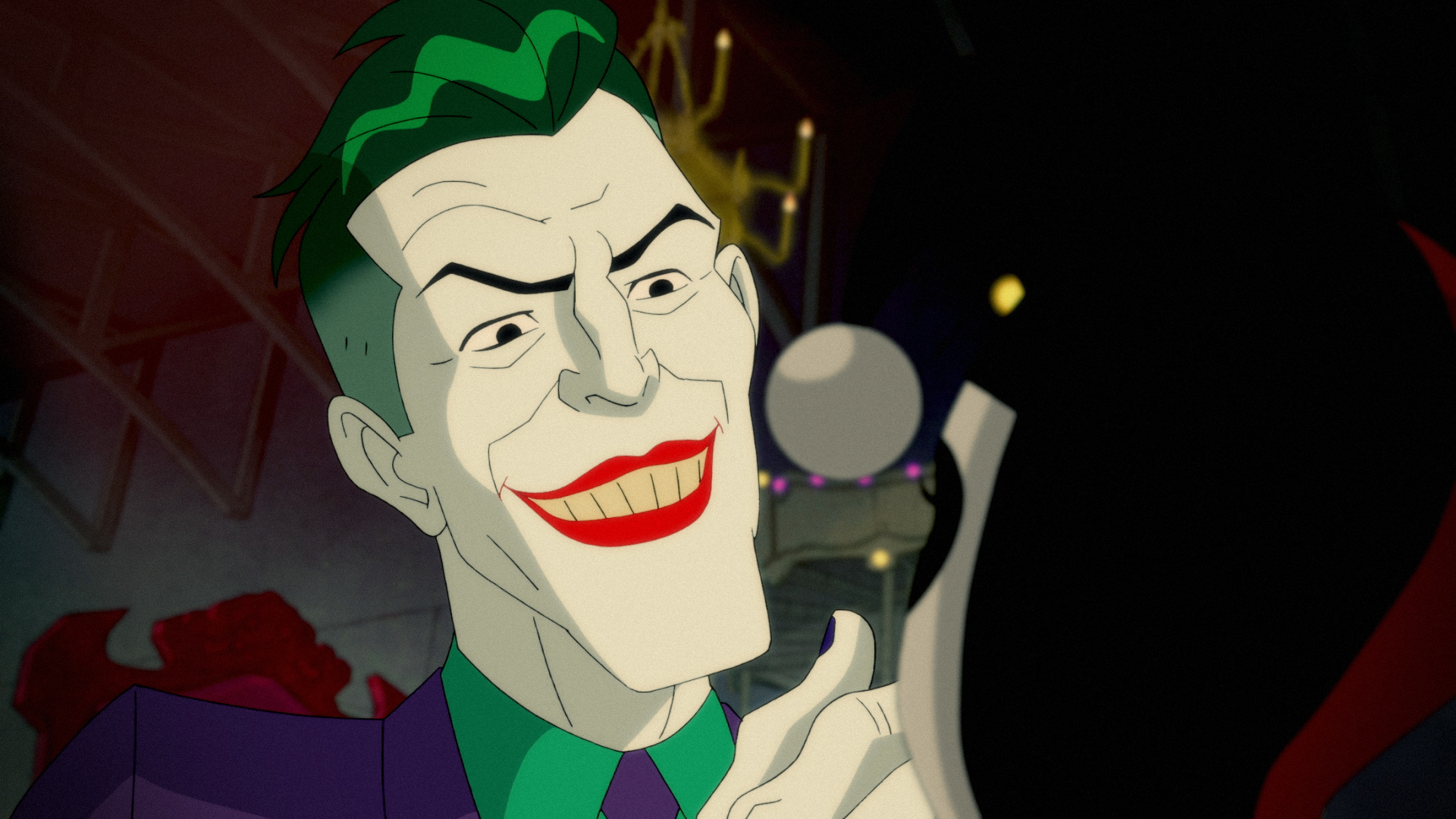 What does the future hold for the Joker? With so many different incarnations, it might seem like he’s separate people, and that’s exactly what was implied in ‘DC Universe: Rebirth’ #1. Batman’s inkling that the Joker is three separate entities will be explored in an upcoming mini-series written by Geoff Johns and penciled by Jason Fabok called 'Three Jokers.' The television series ‘Gotham’ also played with that concept by having Cameron Monaghan play twin brothers who each contain different aspects of the Joker’s personality. While Jerome had the Joker’s manic and homicidal tendencies, Jeremiah represented the Joker’s chemist mind and calculated plotting. Jared Leto also brought his own take to the role as a supporting player in the 2016 ‘Suicide Squad’ motion picture. Now it’s Joaquin Phoenix’s turn to don the clown makeup and tell the world to smile, but he isn’t the only Joker fans will be meeting this year. On November 29th, Alan Tudyk will voice a new version of the Joker on the ‘Harley Quinn’ animated series, streaming exclusively on DC Universe. So many Jokers, so little time!

The Joker has worn many faces over the years (and sometimes no face at all)— murderous gangster, campy clown, psychopathic madman, and scores more. But that’s what happens when the entire world is your circus and you just can't help but smile.

What is your favorite version of the Joker? Let us know in our Community!