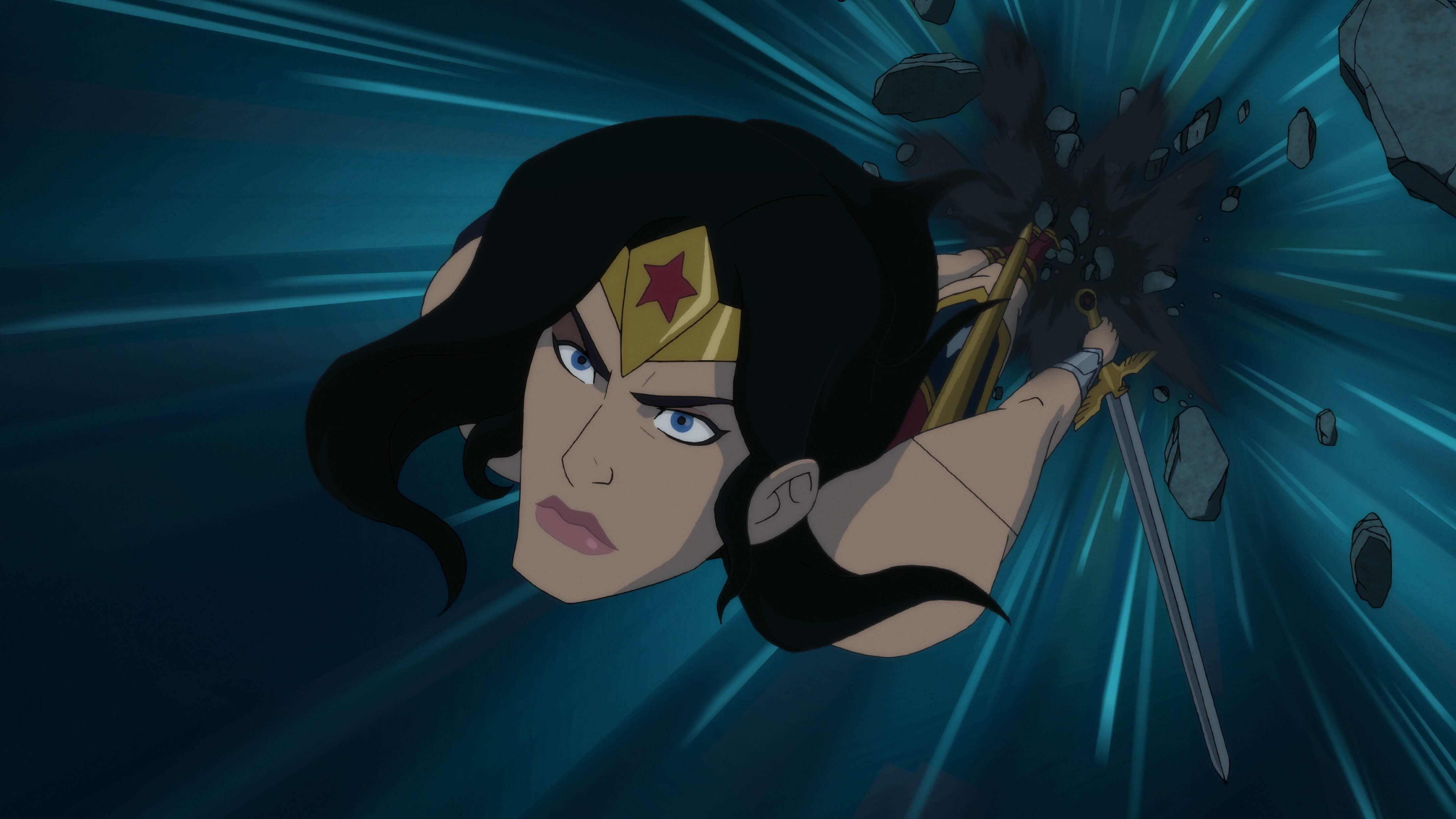 Suffering Sappho! Villainy Inc is targeting Themyscira and its up to Wonder Woman to protect her home. If you haven’t caught it yet, check out the action in Wonder Woman: Bloodlines, the latest DC animated original feature. It takes more than an island of Amazons to make a movie this special, and we recently had a chance to chat with producer and co-director Sam Liu, executive producer James Tucker, screenwriter Mairghread Scott, and co-director Justin Copeland about their role in putting the film together. Here’s what they had to say… 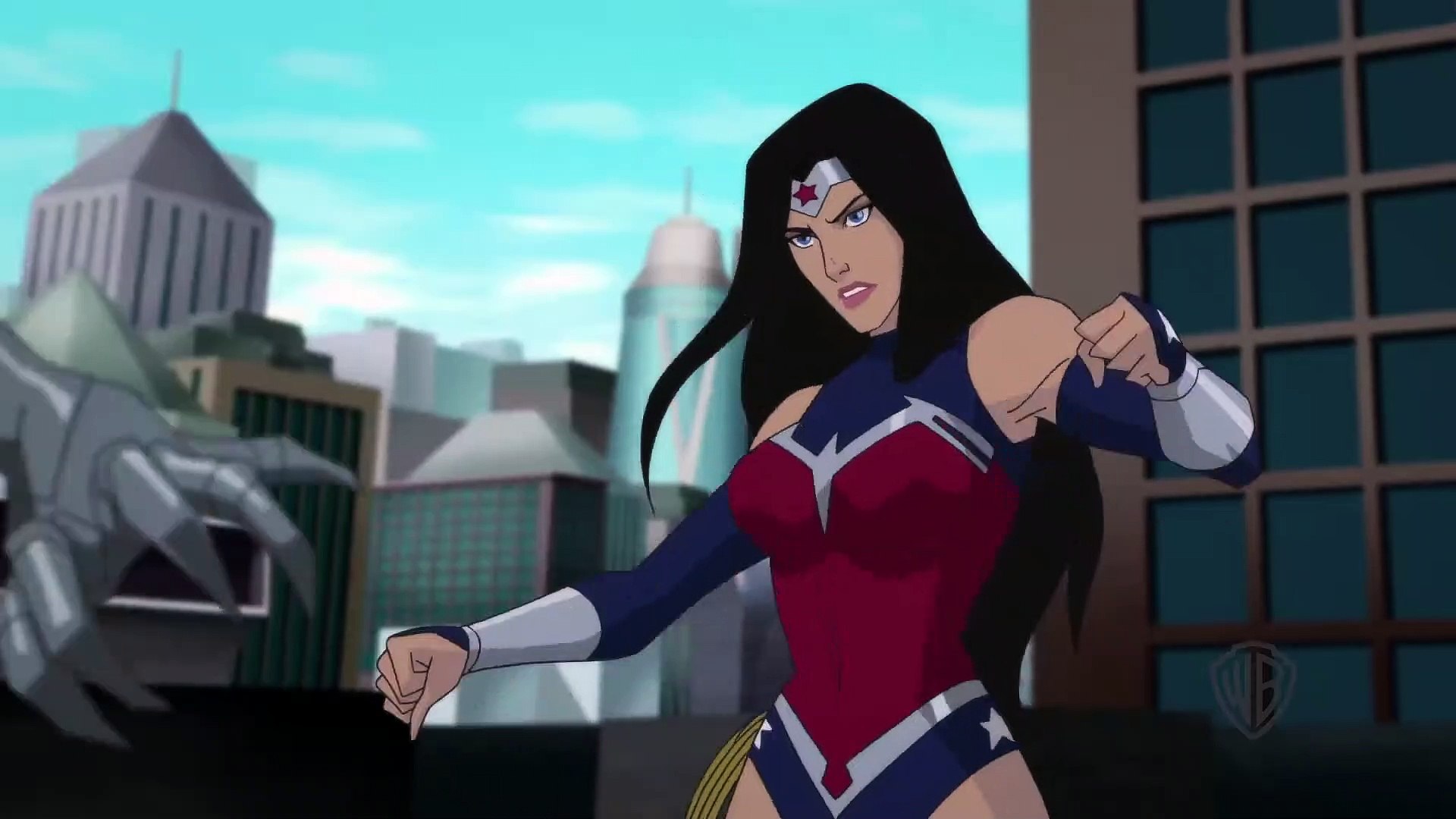 Scott: “I was writing animated stuff before I was writing comic stuff. Comics stuff just comes out a lot faster. This has been really nice because it was kind of my chance to flex both muscles. I like to write animated, but if you read my comics work, I tend to write a bit darker. Getting to combine those was really fun.”

Liu: “When I first heard that I'm going to do a Wonder Woman movie I had all these expectations. What does that mean and what was it going to be? There's going to be a lot of eyes on it. We've got to make sure that it's done right. I wanted to make sure that we had a lot of women board artists and stuff like that, because there's moments where I wanted their take on it.”

Copeland: “I've been on all the films since Killing Joke. A lot of times when we're in this universe I've worked with Wonder Woman. I think the first movie I got to do with her was The Judas Contract. That was a lot of fun. I love her. She's great, she's fun to draw. You can get a lot of drama out of her. But at the same time, she is a beast of a fighter.” 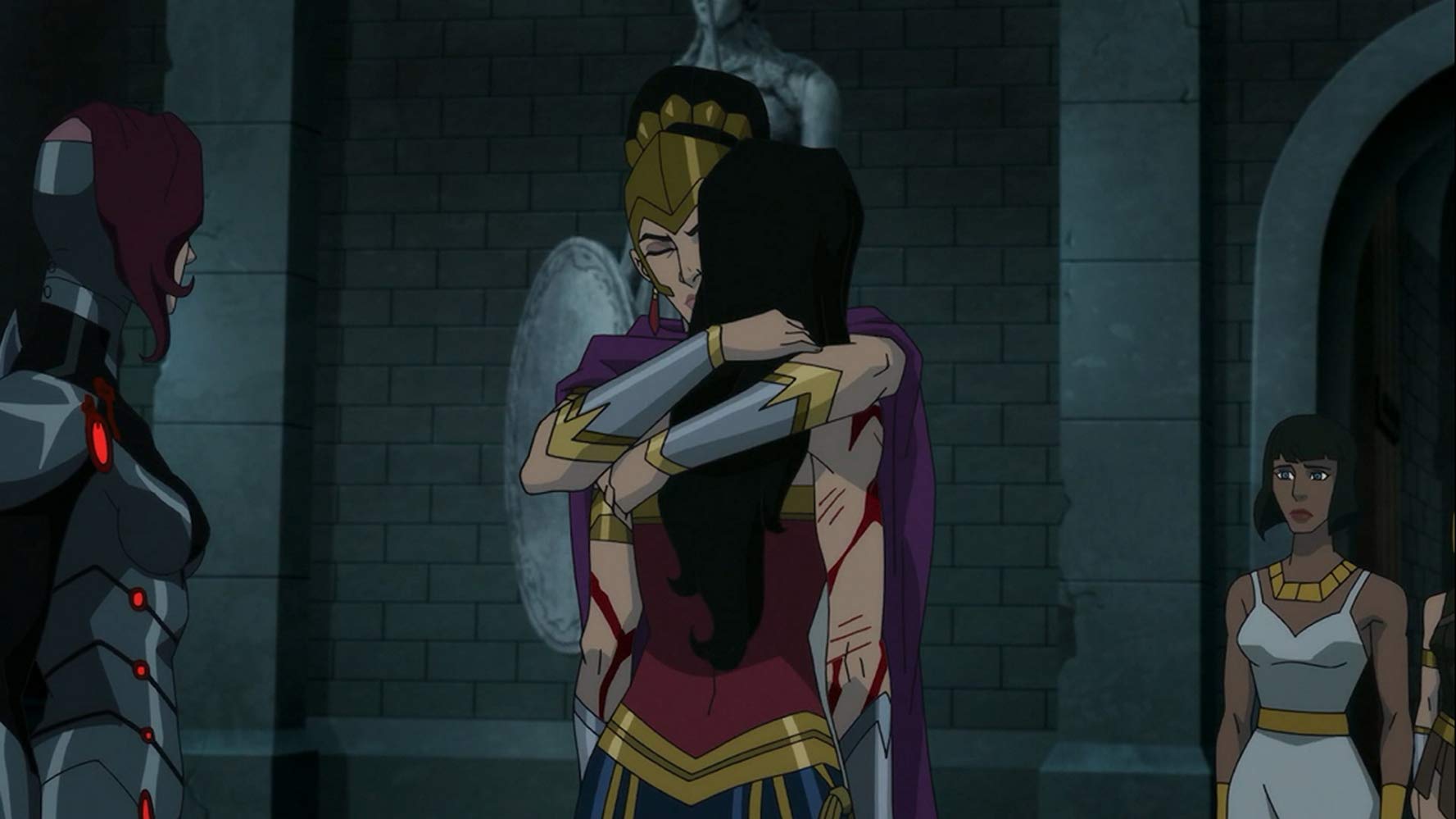 Scott: “It was really important to me that there would be a lot of different kinds of female relationships, but that everyone felt really grounded. I didn't want there to be any characters where you didn't understand where they were coming from, or they just were bad. Poison and Cyber are indifferent a lot of the time, because I like that some people are just there for the money. But that's still a viewpoint that you can see. What was important for me was that in the more complicated relationships, you really saw where all sides were coming from. I wanted them to feel like real people.”

Copeland: “Wonder Woman plays sort of a mentor role in this movie. That's all I'll give away. To see that is cool. Imagine her raising somebody as a warrior, you know what I mean? Mentoring someone along as a warrior, that's cool. And also seeing Wonder Woman making mistakes. That's a lot of fun because you don't get to see that often. How does a hero recover from that? We take her to a really tight spot.”

Liu: "The story is about mothers and daughters. It's about the daughter having her own vision of what she wants to do and going against what her mom or her family wants her to do. There's another character that kind of parallels that, though not in the exact same way. It's about a young woman having to deal with the wishes or the environment that her mother [has], and then having a difficult time going through that. There's a lot of guilt that comes with Wonder Woman because she feels responsible.”

Tucker: “The only hiccup we had was that our original draft was a Cheetah-centric story, and that was before we knew the next movie was a Cheetah centric story. It actually worked in our favor because I think the Silver Swan story is much more personal than what the Cheetah story would have been. That was a big change.” 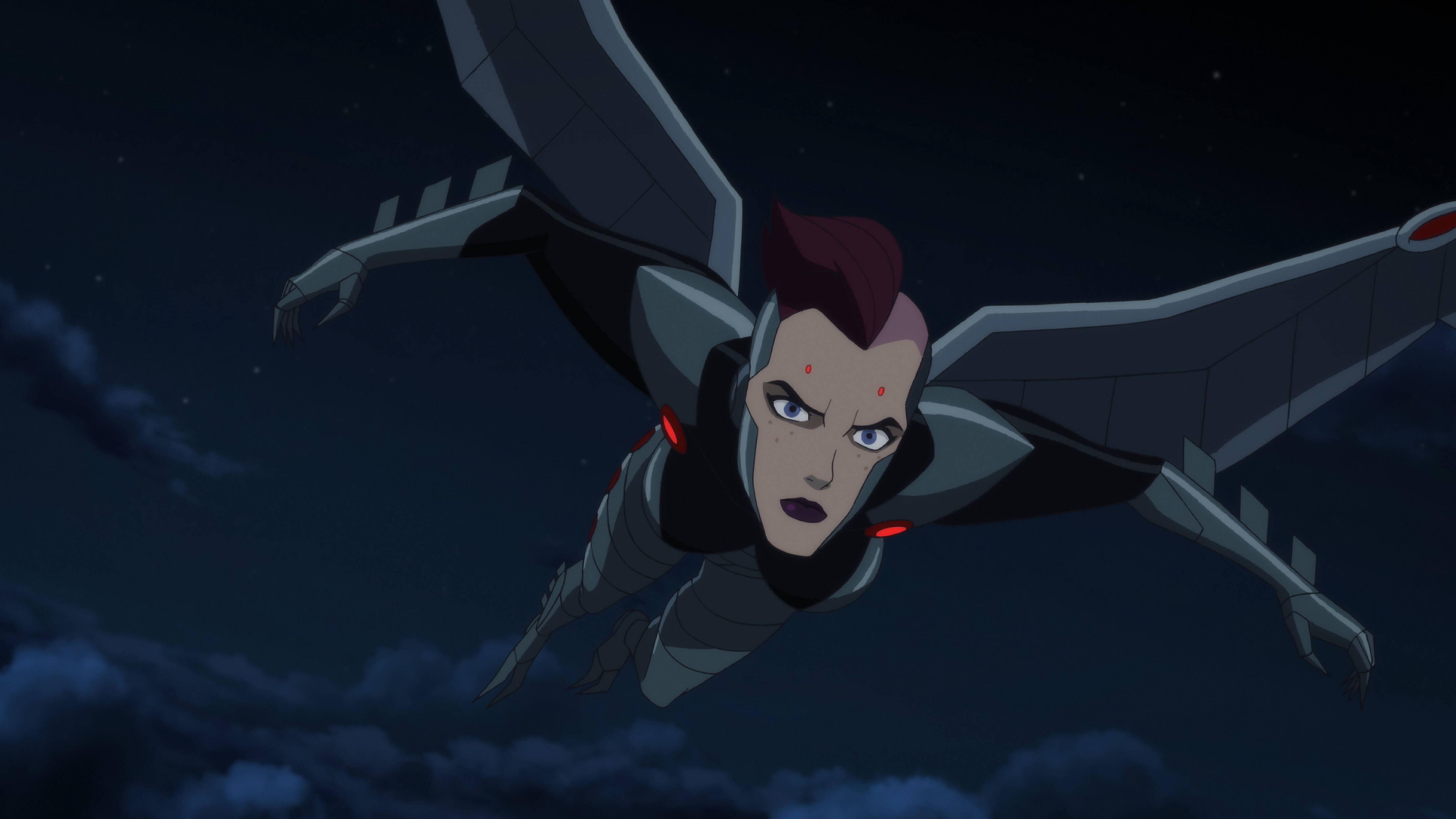 Scott: ” One of the reasons we have a lot of villains in the movie is because when people talk about Wonder Woman, they don't really talk about her rogue's gallery. She's got some really cool villains and I wanted to be able to showcase them so that her world felt bigger than just her vs Ares, or her vs Zeus. Most people can only name like two or three Wonder Woman villains so I wanted to really show off. There's some really cool dynamics here and I wanted to give all of her villains different personalities and different flavors and make you want to see not just Wonder Woman, as a character, but Wonder Woman, as a world that can support a lot of really rich storytelling.”

Tucker: “They said make a Wonder Woman cartoon, so I could have pretty much put anyone in it, and they wouldn't have known or said anything different. Because I'm a Wonder Woman fan I knew her rogues' gallery never gets a lot of play. The villains you saw in Justice League Unlimited were because I said, 'Let’s throw them in the background.' I would have put more people in it if we could. This one is definitely my version of Villainy Inc, so it's got some of the better known Wonder Woman villains in it that aren't mythological based.” 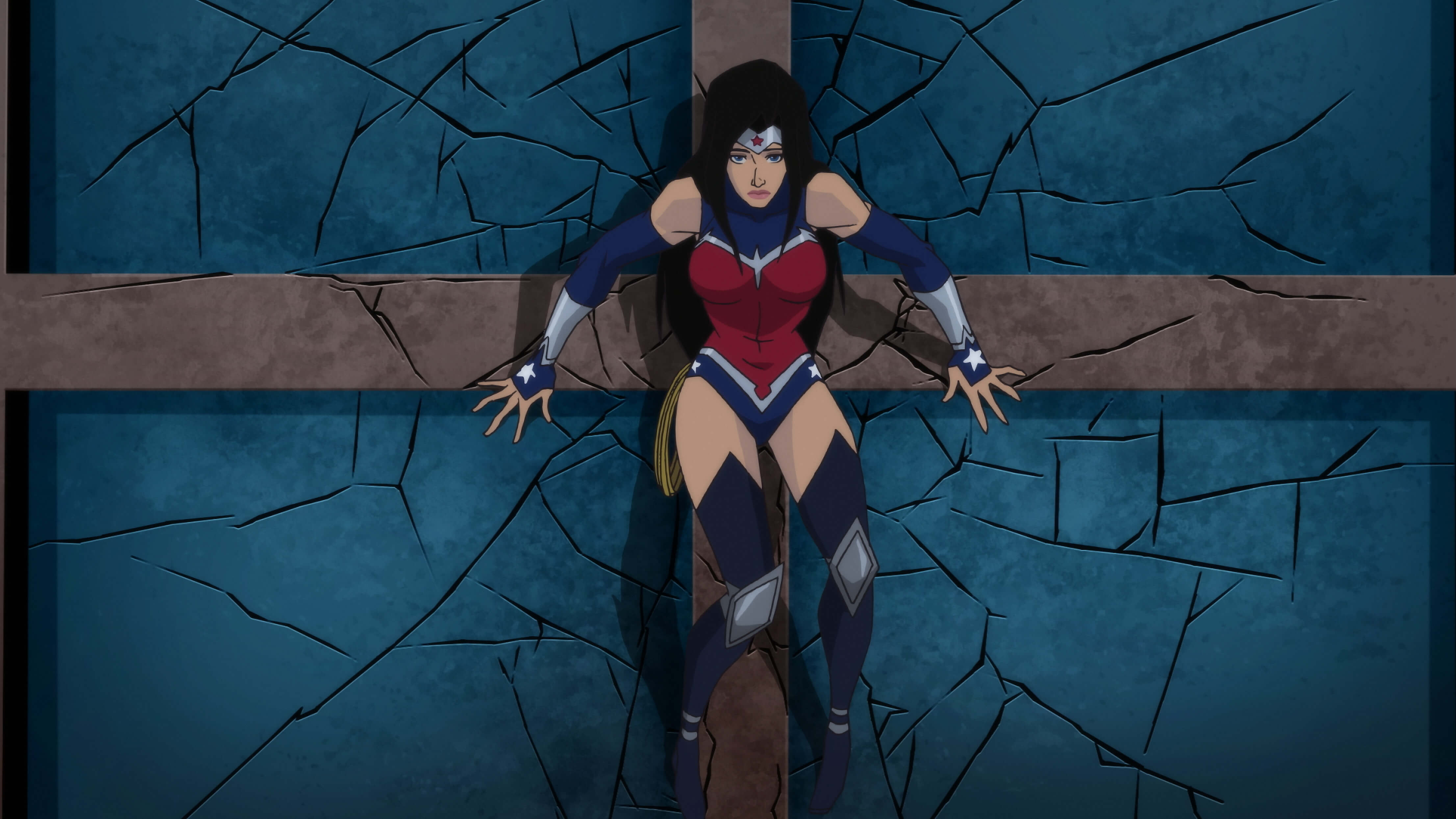 Copeland: “It's a lot of fun. It's a blast. Everybody wants to draw her because of the way she fights. She fights like a damn gladiator. It was a blast to get to do an entire movie with just her, and then to look at other aspects of her life that we don't normally get to see; and then working with Rosario, who loves her. She really embodies that character.”

FITTING INTO THE DC ANIMATED CONTINUITY 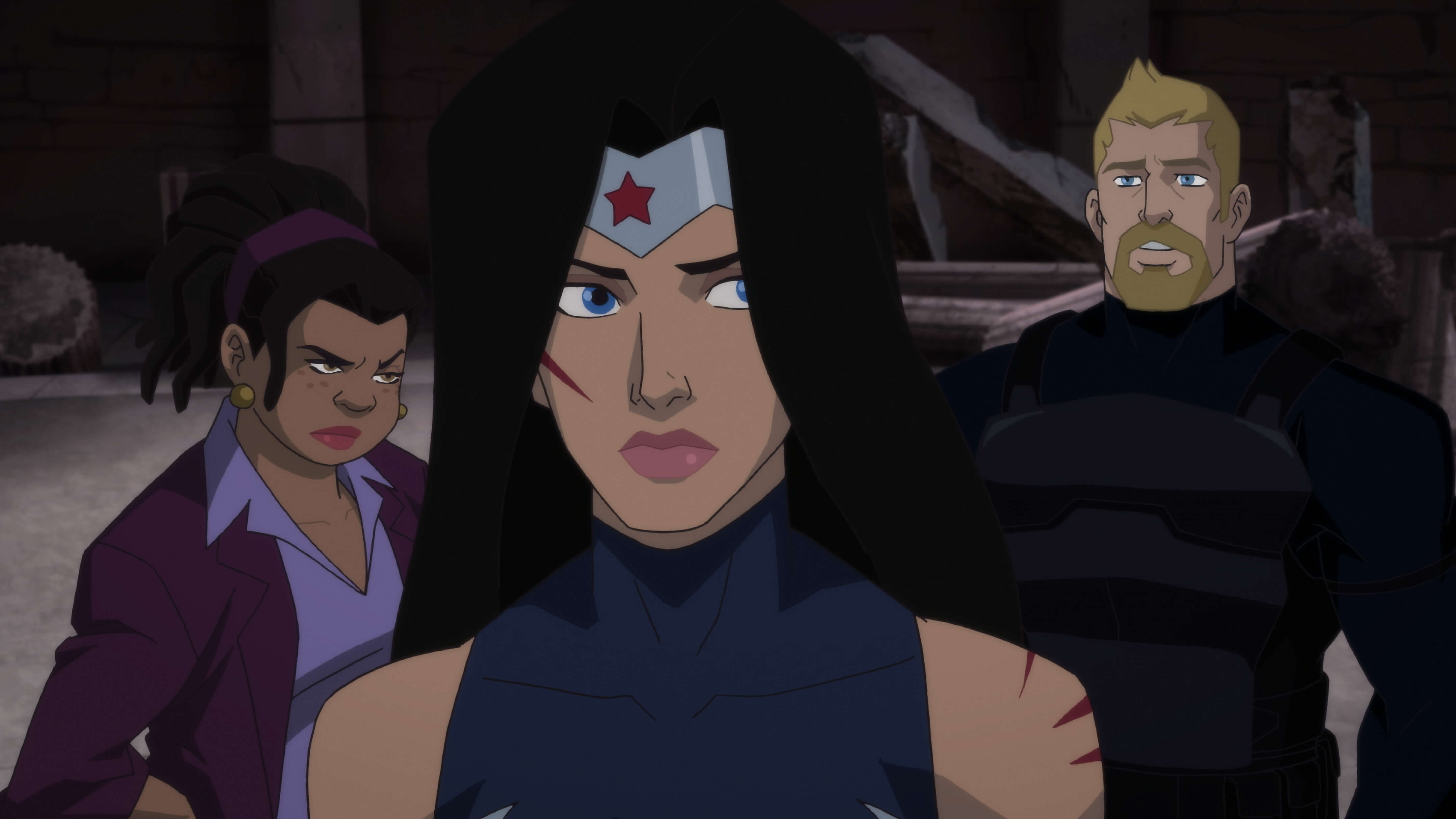 Copeland: “I believe this film takes place right after Justice League: War. When you see it, it'll make sense to you. They kind of feed off of each other. It's really cool what we did with that. James Tucker, our executive producer, this is his universe. He knows that sucker backwards and forwards.

Tucker: “The 2009 animated movie already did an origin story, so we don't have to do that, even though we tap into it a little bit. This Wonder Woman movie is part of a continuity, meaning we don't have to start with square one. If it were a comic book it would open with showing what her life is like in man's world, where does she live, who are her friends, who are her villains, not who are the villains she fights with the Justice League. I wanted this movie to give her all of that introductory world-building that all the other characters have. That's why Doctor Poison is in it, and she was in the live-action movie.”

Liu: “I think James Tucker wanted to tell a story about Wonder Woman in his continuity. Everybody knows who Batman and Superman are, and the people around them. Batman has Alfred, he has the death of his parents. That's the thing that sort of drives him every day. That's his core. Superman, an alien from another planet, he's got the Kent family. He grew up in Kansas. He has Lois, and he has Jimmy. They have a very sort of fleshed-out life. But Wonder Woman doesn't really have that. She has Steve Trevor maybe, and that's kind of what people know. I think James Tucker wanted to tell a story with the characters in Wonder Woman's comics. We brought in Etta Candy. We introduce a lot of her villains because, I don't think a lot of these things are really touched upon too much. He wanted to really just have a big sort of buffet of like Wonder Woman-isms.”

Copeland: “Rosario Dawson is easy to work with. She is extremely energetic. She has a lot of energy for the character, so working with her is a lot of fun. She comes in, we chit chat about stuff, and she recorded an audiobook that I love. We were talking about that and then she gets in the booth and she's Wonder Woman. She just handles it.”

THE LEGACY OF WONDER WOMAN 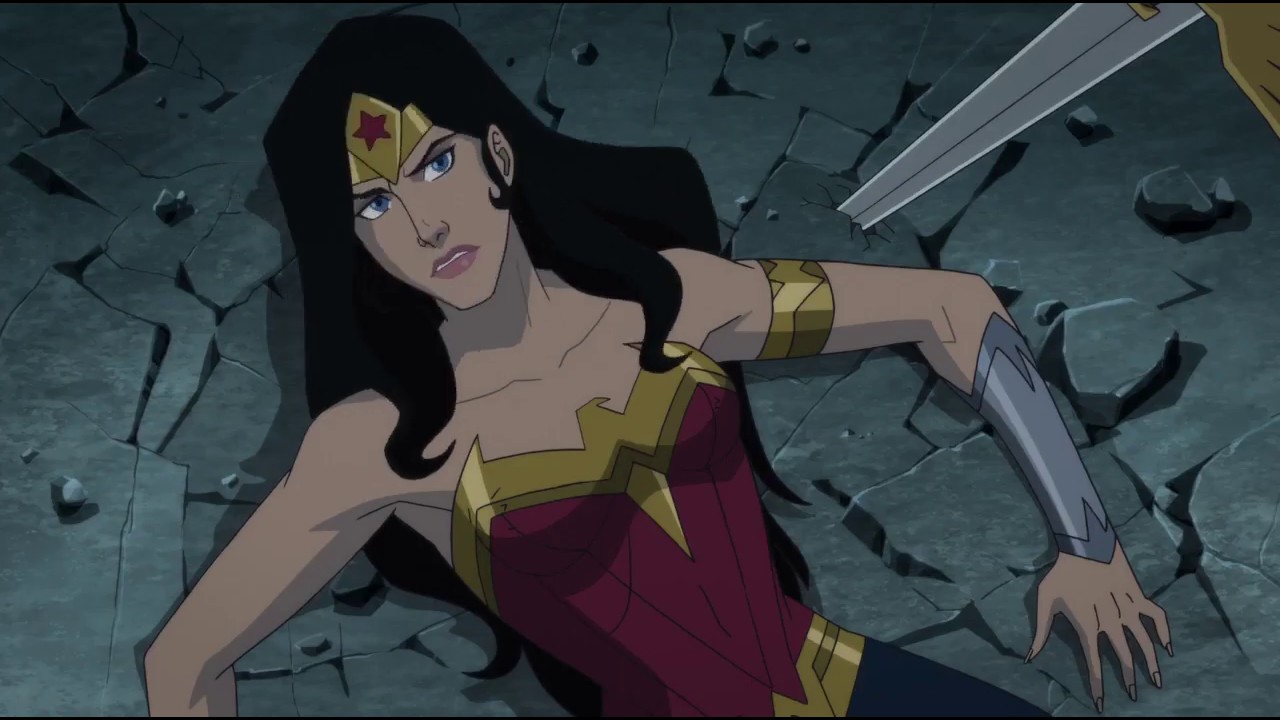 Liu: “My comic fandom comes from mostly mid/late '80s to late '90s. I think I might remember the Wonder Woman TV series more than I remember a specific comic book. My introduction to a lot of the DC stuff is through the Justice League cartoons, and I think a lot of the general public gets their knowledge of the comic characters through the cartoons. I get more from the Justice League cartoon than I do out of any specific comic book.”

Scott: “Wonder Woman means a lot to me and the character means a lot to me and I wanted to really do right by her. I think everyone should be a Wonder Woman fan and I want to spread that as much as possible. I like writing female characters in action. They're not the only thing I write, but I like writing them and I think they should be there too.”

What Wonder Woman story would you like to see adapted in animation? Let us know in our Community!