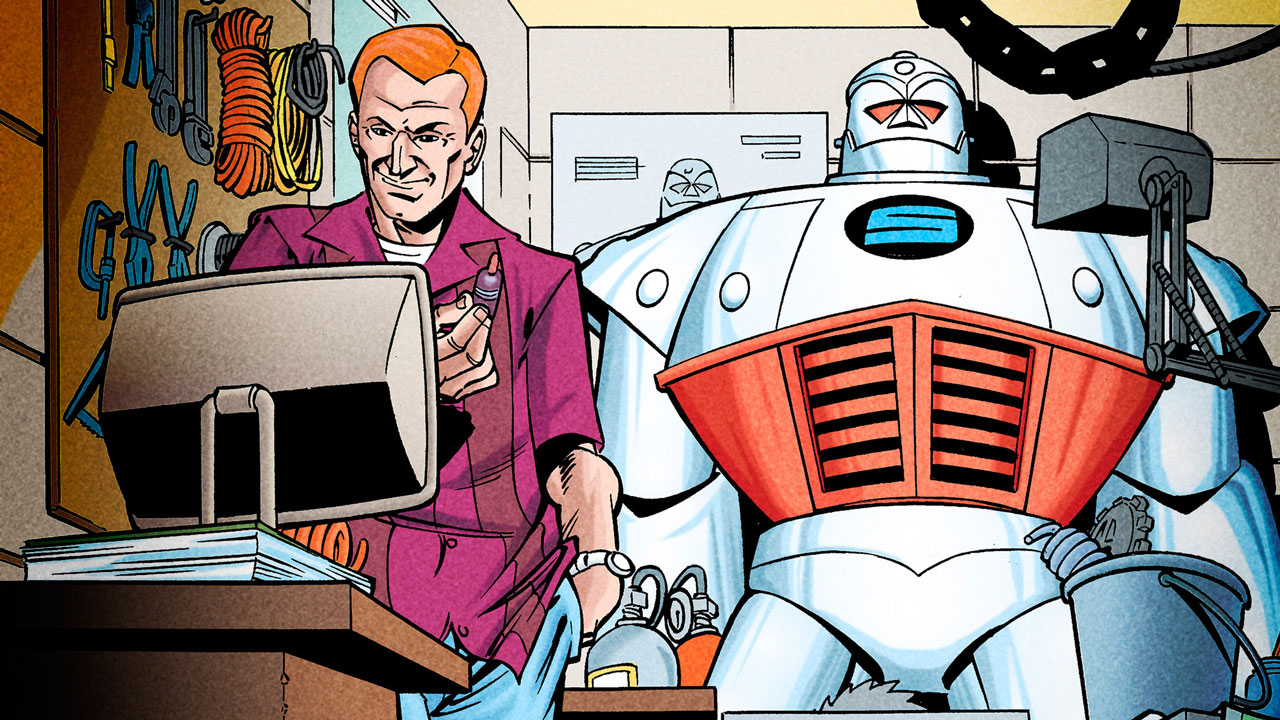 DC Universe's upcoming live-action Stargirl series is shaping up to have one of the most impressive casts in superhero TV history, including Joel McHale as Starman, Lou Ferrigno Jr. as Hourman, Brian Stapf as Wildcat, Henry Thomas as Dr. Mid-Nite, Brec Bassinger as Stargirl herself, and Anjelika Washington in a role that has yet to be announced. Now we've got word that yet another star has joined the show's constellation of talent... Luke Wilson, best known for such hit films as Legally Blonde, Old School, and The Royal Tenenbaums, will play Pat Dugan (pictured above) -- step-father and sidekick to Stargirl (a.k.a. Courtney Whitmore) and the man inside the robotic armor of the DC Super Hero known as S.T.R.I.P.E.

Deadline broke the news of Wilson's casting. Here's the official description of the show's Pat Dugan...

"PAT DUGAN once went by the less-than-inspired superhero name of STRIPESY, sidekick to a young hero known as THE STAR-SPANGLED KID and later STARMAN of the legendary JUSTICE SOCIETY OF AMERICA. Today, Pat has left his sidekick life behind him. But when his new step-daughter, COURTNEY WHITMORE, discovers Pat's secret past and takes on Starman's legacy to become STARGIRL, Pat is forced to come out of retirement and once again become a sidekick -- to his step-daughter -- this time piloting a 15-foot robot called STRIPE."

Dugan first appeared in a story in 1940's Action Comics #41, written by Superman co-creator Jerry Siegel and penciled by Hal Sherman. You can read his earliest adventures with Stargirl in Stars and S.T.R.I.P.E. right here on DC Universe.