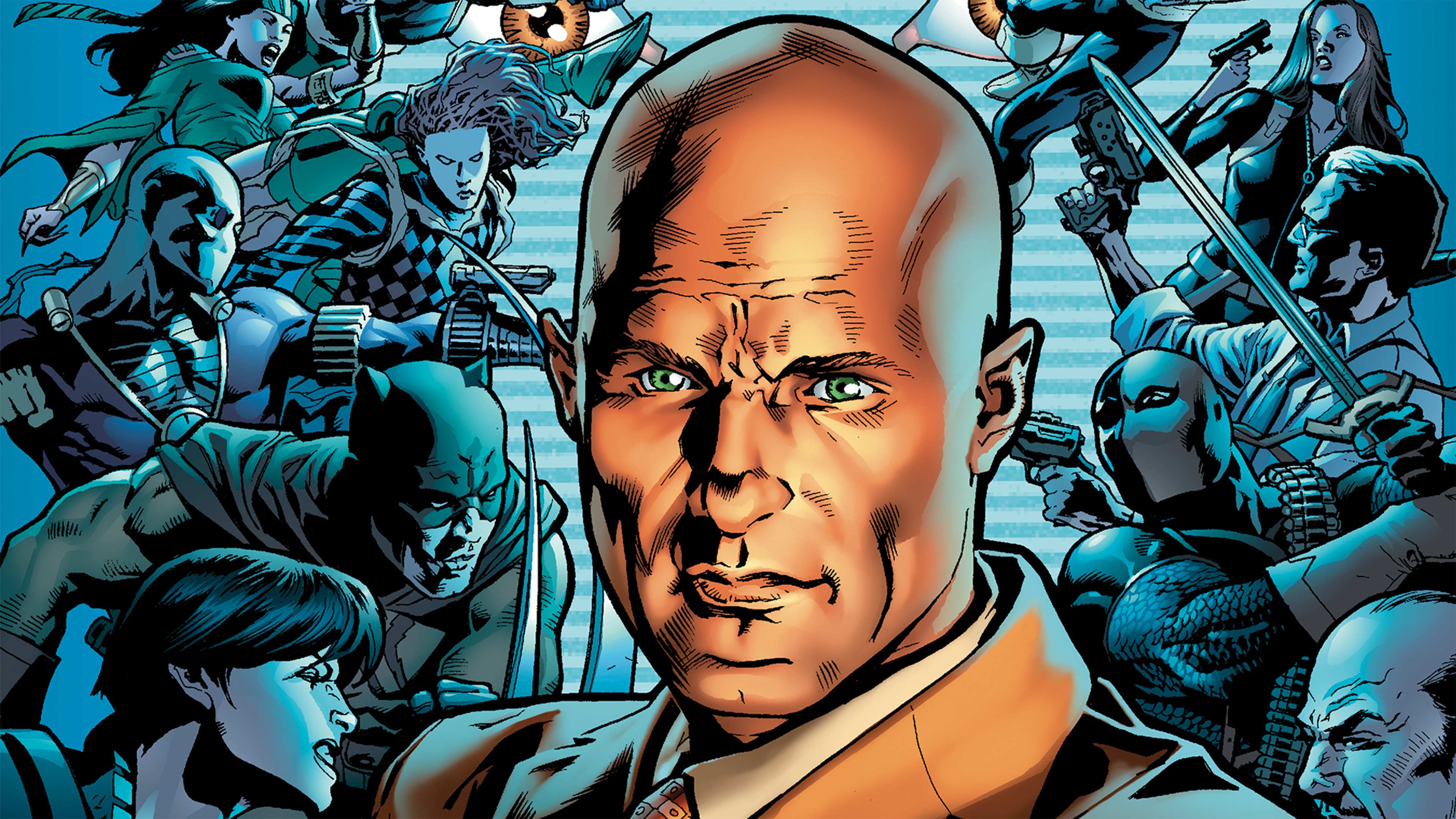 The next phase of Meta Madhouse has kicked off, and things are about to get intellectually stimulating. Lex Luthor’s Masterminds have entered the battlefield, and they’re already 6 steps ahead of you. Luthor is one of the greatest criminal geniuses of our generation, or so he claims, and with him coaching the Masterminds things are going to get interesting. Lex said it might be hard for some of us mere simpletons to comprehend his genius, but we’re going to give it a shot. To better understand Lex’s intellect, here’s a look at 7 of his most convoluted plans! 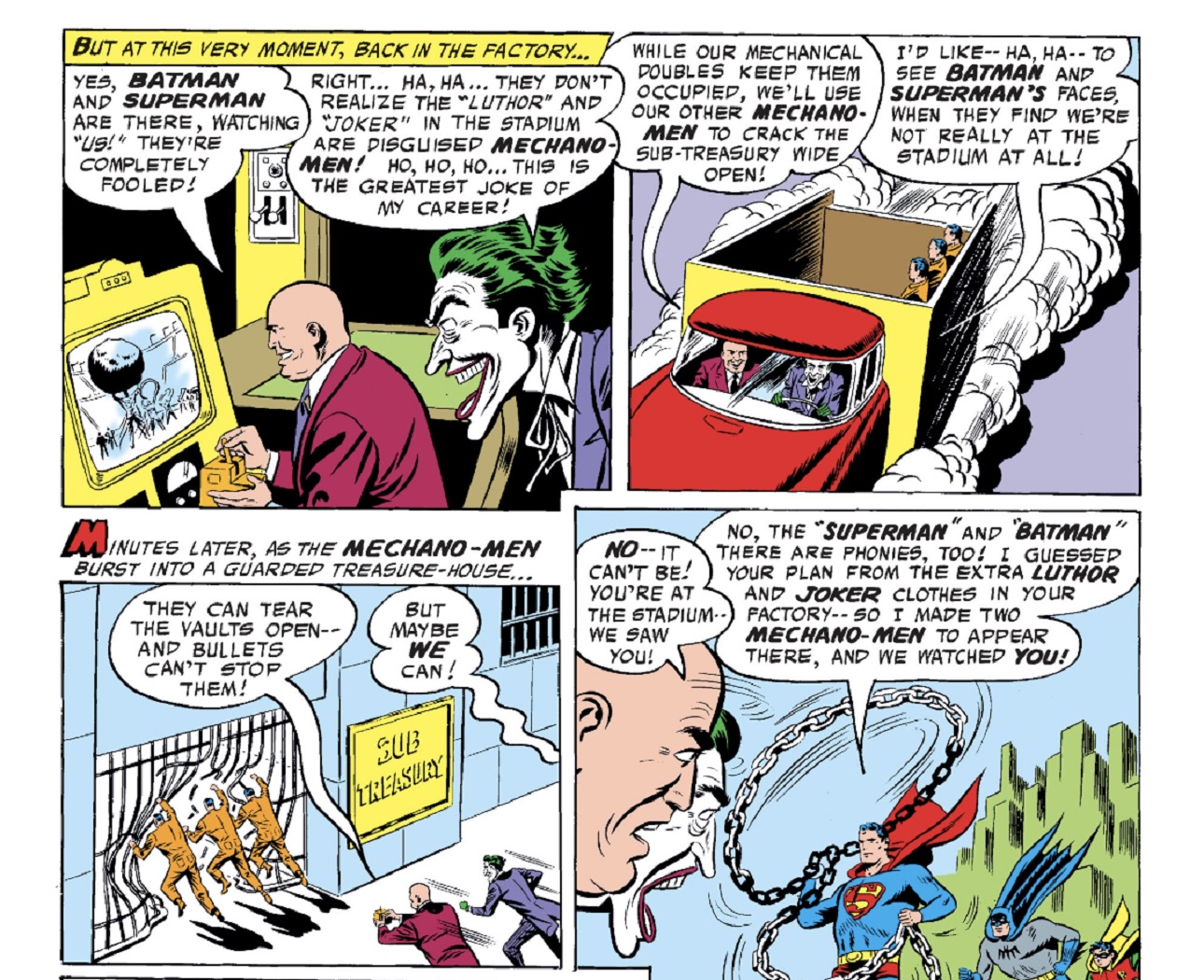 The Goal: Rob the treasury.

The Plan: Lex Luthor and the Joker, who were both on parole, opened up a manufacturing business that specialized in robotic workers. Joker and Luthor spent days using the robots for legal demonstrations that Batman and Superman kept mistaking for crimes. During a stadium demonstration of their robots, Lex and Joker snuck off to rob the treasury.

Why It’s Convoluted: The entire robotics scheme was just a fancy way to distract everyone so they could rob the treasury. Lex and Joker applied for a manufacturing license, they built a factory incased in lead, and they rented out an entire stadium. That’s a lot of prep for what amounted to a 15 minute distraction. Think of all the paperwork!

The Goal: Raise the value of his real estate holdings.

Why It’s Convoluted: Lex went a long way for a plan that was nothing more than just increasing real estate profits. He had to go to elaborate lengths to sabotage the government missiles, and his plan endangered countless lives. It’s a long way to go in order to get a better Zillow rating.

Where to Watch It: Superman: The Movie

MAKING A DEAL WITH THE SUN 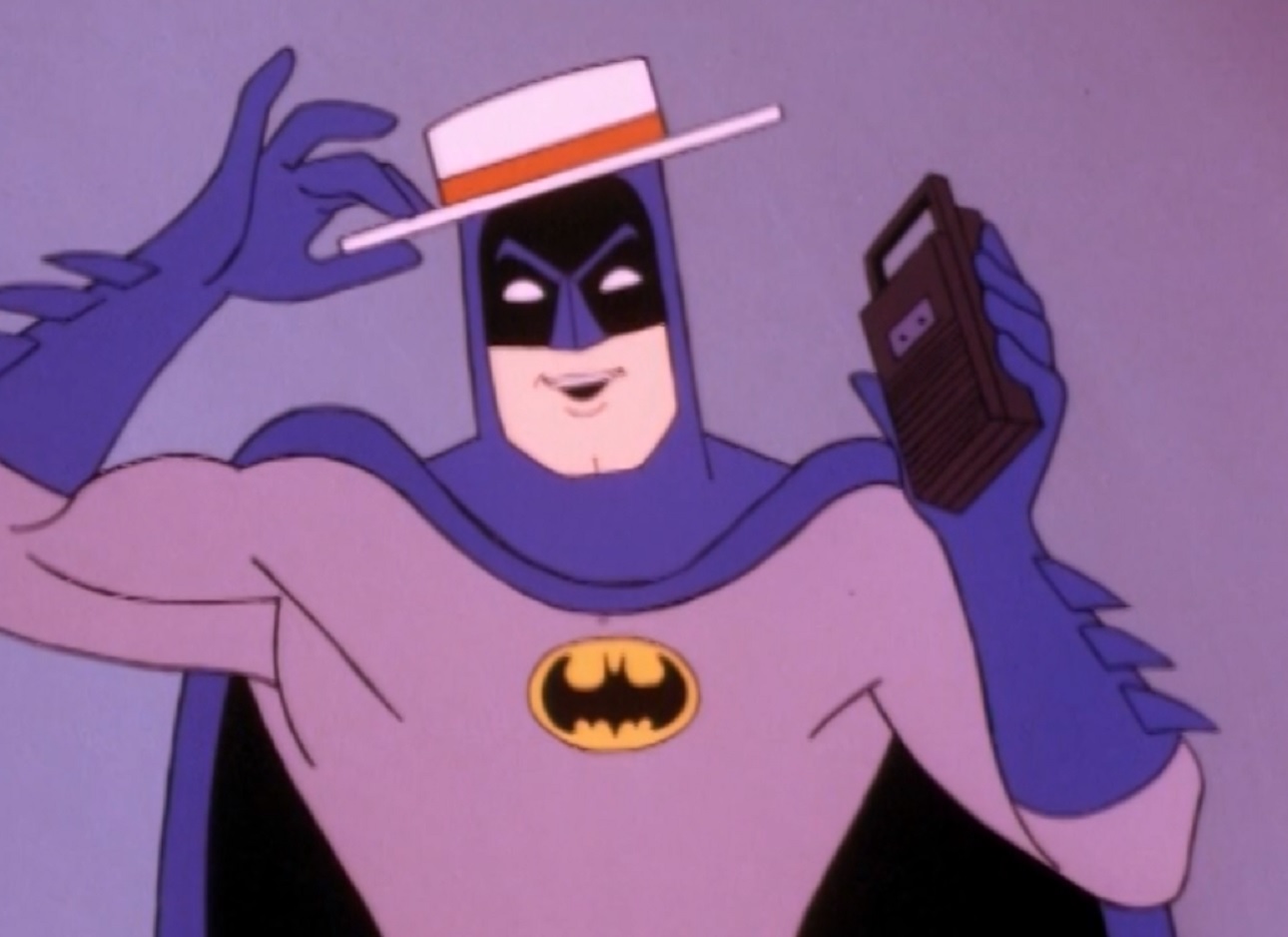 The Goal: Capture the Super Friends.

The Plan: Lex began by using his holographic camera to pose as Lois Lane, which allowed him to escape from prison. Once he was free, Lex continued using the camera to disguise as various members of the Super Friends, tricking the heroes. After trapping them, he….um…called his fire monster friends from the surface of the sun, and asked them to turn the sun red. Then he invited the sun monsters to come down to Earth and attack. Boy, that escalated quickly.

Why It’s Convoluted: Lex’s plan was simple enough, until he started involving fire monsters from the sun. If you watch the episode, the fire monsters are just as random as they sound, coming out of nowhere during the final act. The fire monsters almost destroyed the planet, causing Luthor to realize that he hadn’t thought this through.

Where to Watch It:  The Super Friends episode “Lex Luthor Strikes Back.”

I AM MY OWN SON 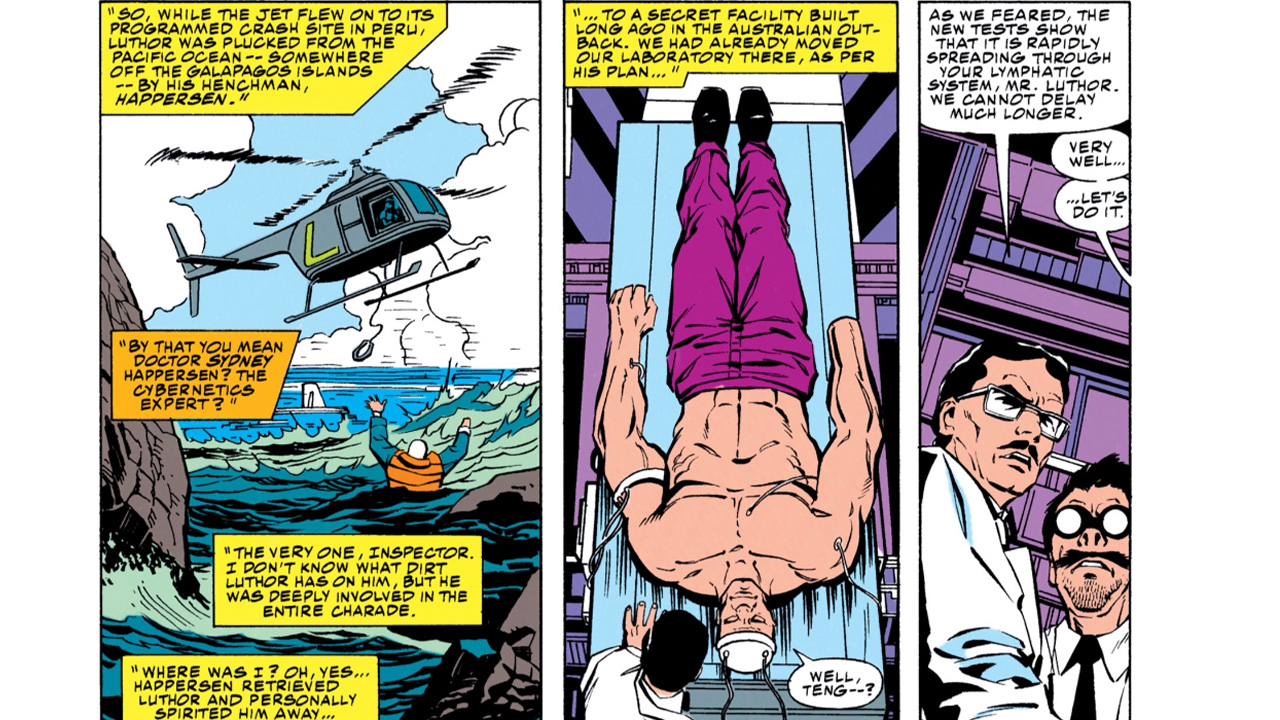 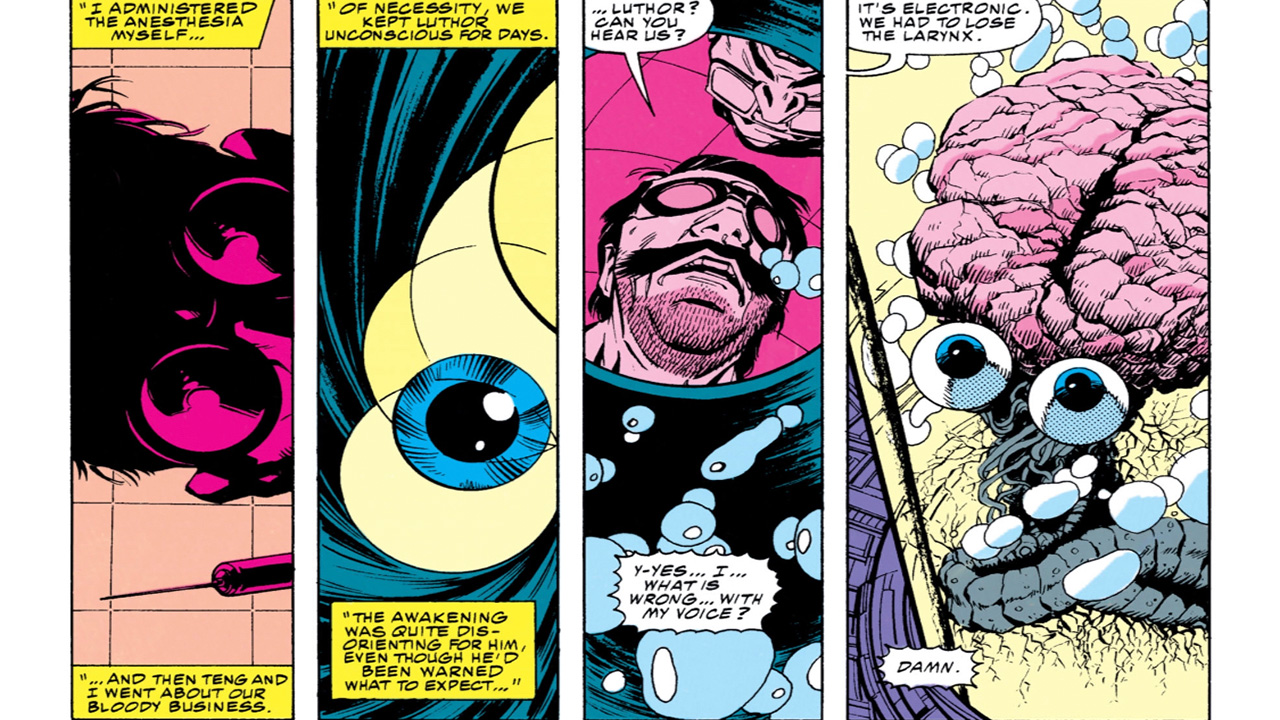 The Plan: After Lex discovered he was dying from Kryptonite poisoning, he staged a plane crash in order to fake his own death. He then had his scientists secretly remove his brain, eyeballs, and spinal cord and place them in a jar. Lex’s scientists grew a clone of the villain, and placed Luthor’s brain within the body. The clone had long flowing red hair, because that was a dealbreaker. Weeks later, Lex resurfaced pretending to be his own long-lost twentysomething Australian son.

Why It’s Convoluted: Faking your own death is convoluted enough, but impersonating your own long-lost son adds another level of insanity to the mix. To make things even goofier, Lex had to constantly fake an Australian accent. If you’re telling yourself “there’s no way anybody would fall for this,” then you’re wrong – everyone was fooled for YEARS! Supergirl even fell in love with Lex II! 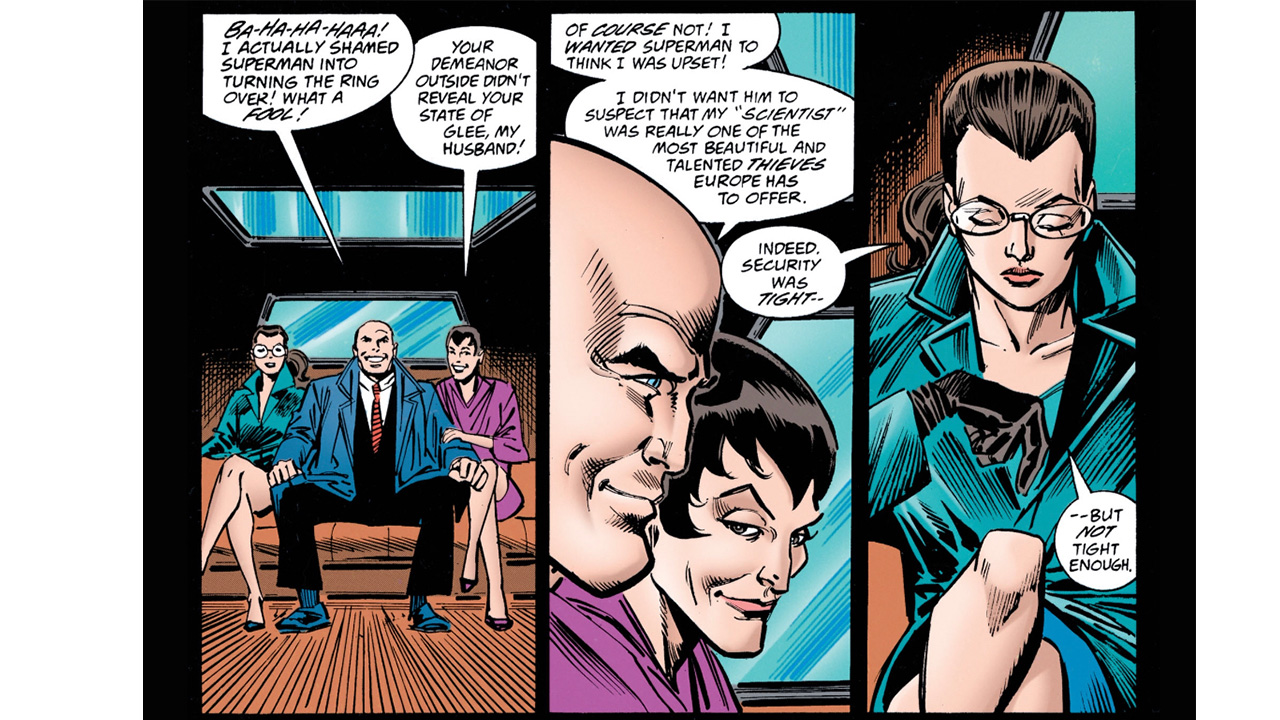 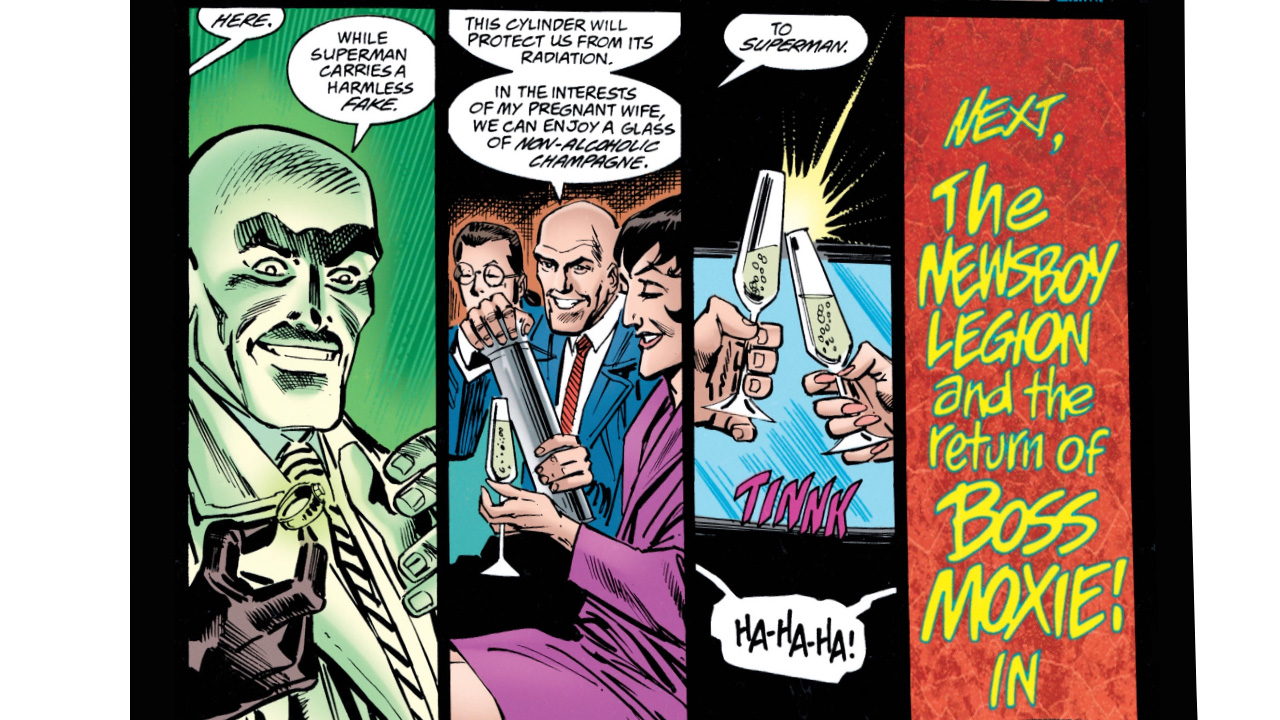 The Goal: Get his Kryptonite ring back.

The Plan: Lex Luthor was preparing for a criminal trial, and a key part of his defense strategy was a Kryptonite ring that was in Batman’s possessions. Lex had his lawyer appeal to Superman, who argue that if the Man of Steel believed in justice, he would return the ring. Superman complied, and asked Batman to hand the ring over. While scientists were performing tests on the ring, Luthor replaced one of their team members with a professional thief, who swapped the ring out for a fake. Superman returned a fake ring to Batman, while Lex got to keep the real ring.

Why It’s Convoluted: We have to give Lex props for this one, because this was a complicated chess move. Lex Luthor actually shamed Superman into taking his Kryptonite ring back from Batman, and handing it over to him. Is it convoluted? Absolutely, but it’s also genius! 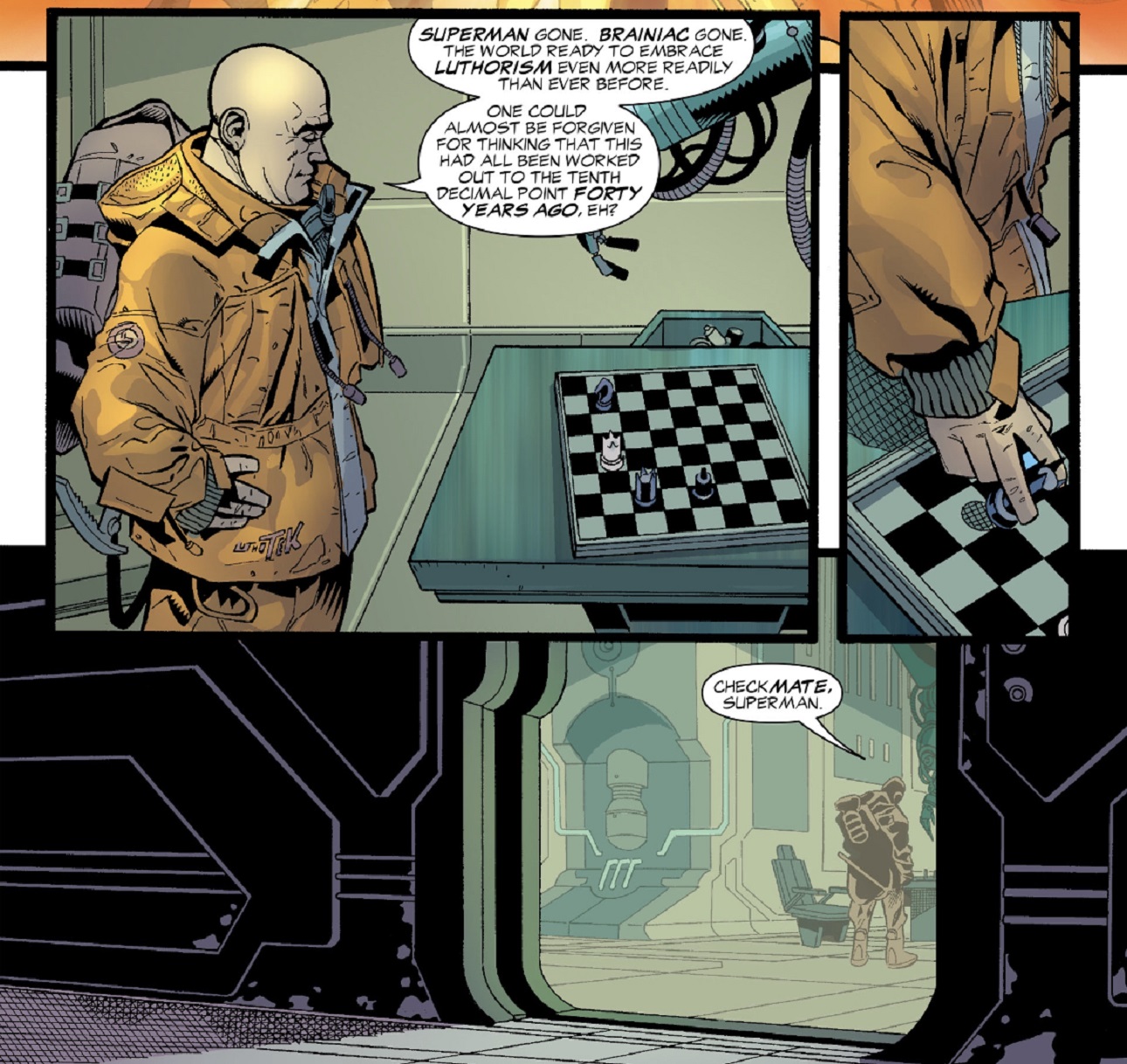 The Plan: In an alternate universe where Superman became the fascist leader of the Soviet Union, United States President Lex Luthor was the only man who stood in his way. Their conflict spanned over decades, with Lex treating their warfare like a complicated chess game. In the end, his final campaign to defeat Superman involved tricking him into using his x-ray vision to read a letter. The contents of the letter made Superman realize just how evil he was, and the Man of Steel gave up his empire, and faked his death.

Why It’s Convoluted: Decades of warfare, millions killed, and all Lex had to do was get Superman to read a letter? This was the plan that took 40 years? Wouldn’t texting him have worked? 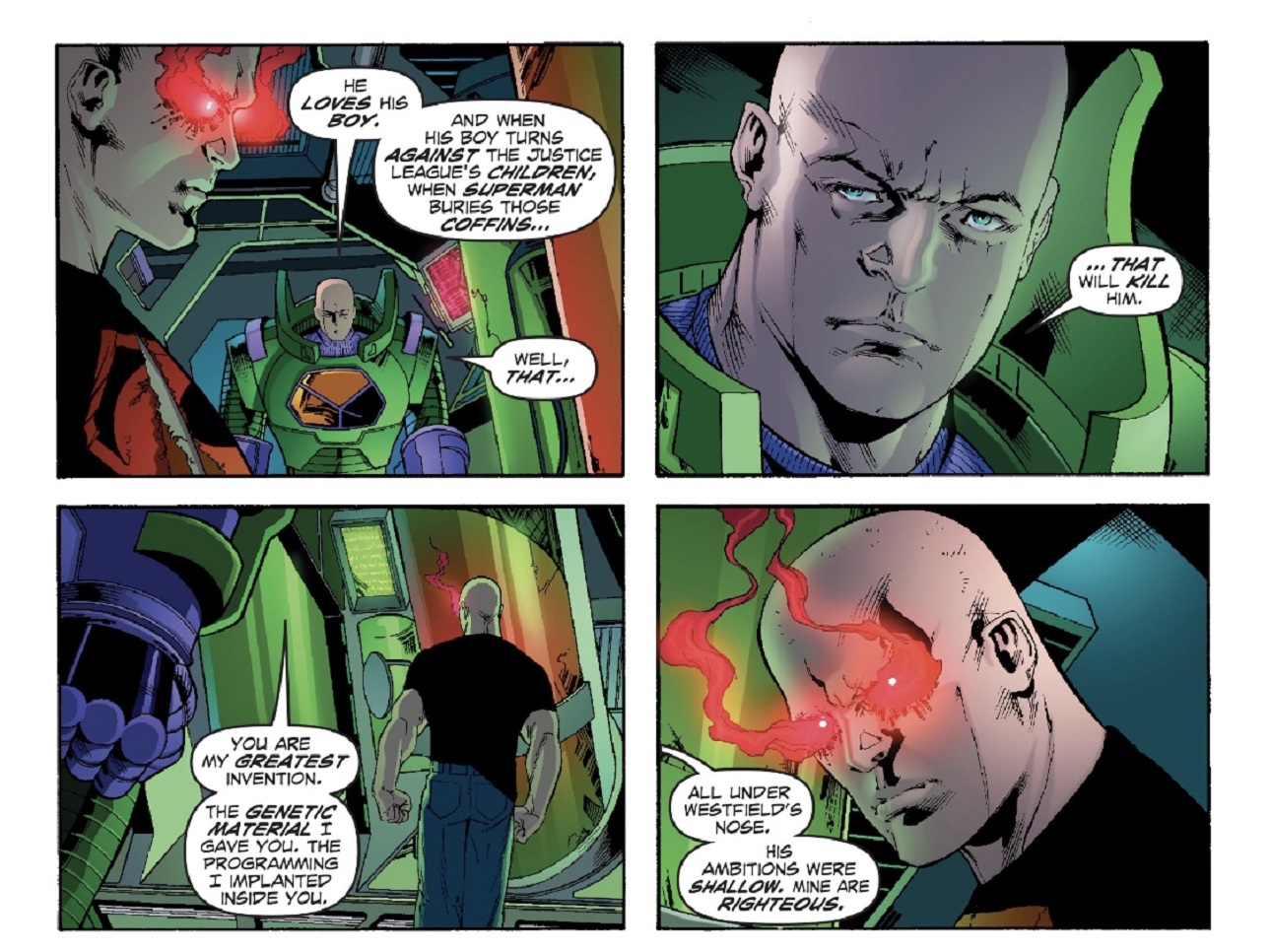 The Plan: Lex Luthor sabotaged a Cadmus Labs project that resulted in the creation of Superboy. While Superboy was still gestating in his clone tube, Lex inserted his own DNA and a few post-hypnotic suggestions. His plan was to get Superman emotionally attached to the boy, and then activate the codewords to turn Superboy into a mindless soldier of destruction. Lex waited years before finally pulling the trigger and forcing Superboy to attack the Teen Titans.

Why It’s Convoluted: Lex had to trick a lot of people to pull this one off. He was able to successfully sabotage Cadmus’s cloning project, and insert his own DNA, without any of the directors suspecting a thing. Afterwards, Lex played a long waiting game. He could’ve activated Superboy’s programming at any time, but he waited years. 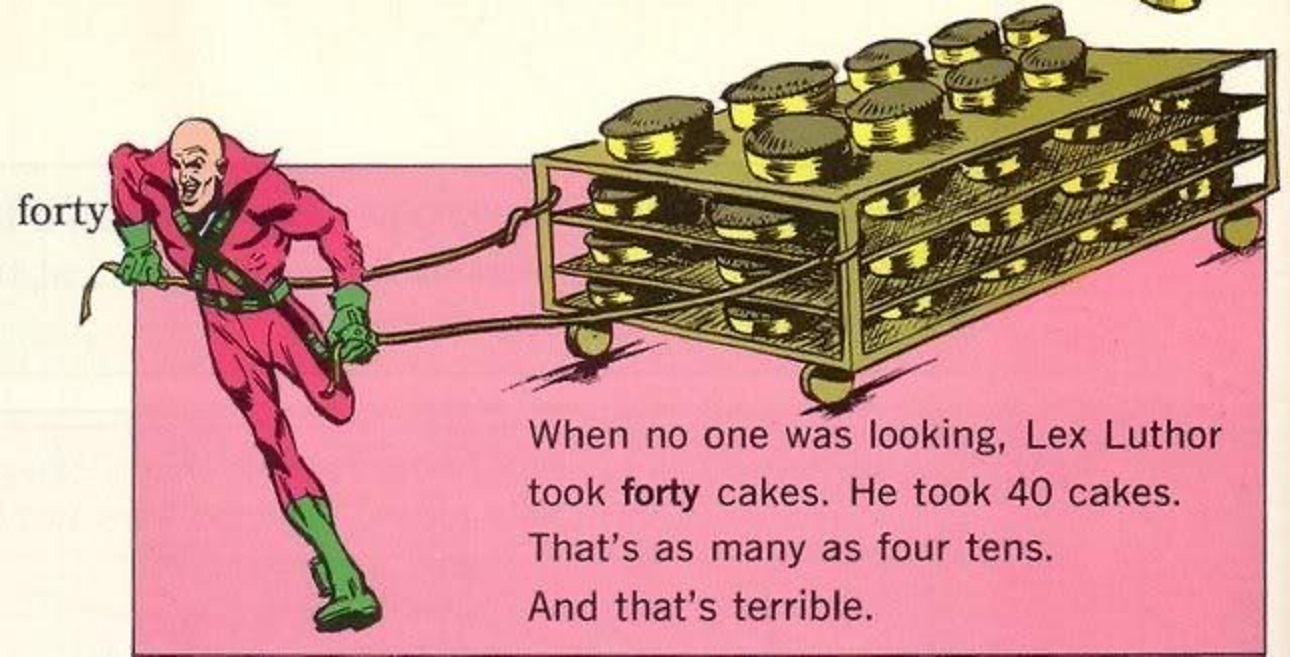 The Goal: To obtain forty cakes.

The Plan: To this day, we’re not sure how Luthor managed to pull this caper off. Stealing four cakes would be easy, but snatching forty takes a genius level mastermind. We can’t imagine how many of hours of planning this heist required.

Where to Read It: The Super Dictionary, and forty dozen internet memes.

Which Lex Luthor plan was the most convoluted? Let us know in our Community!