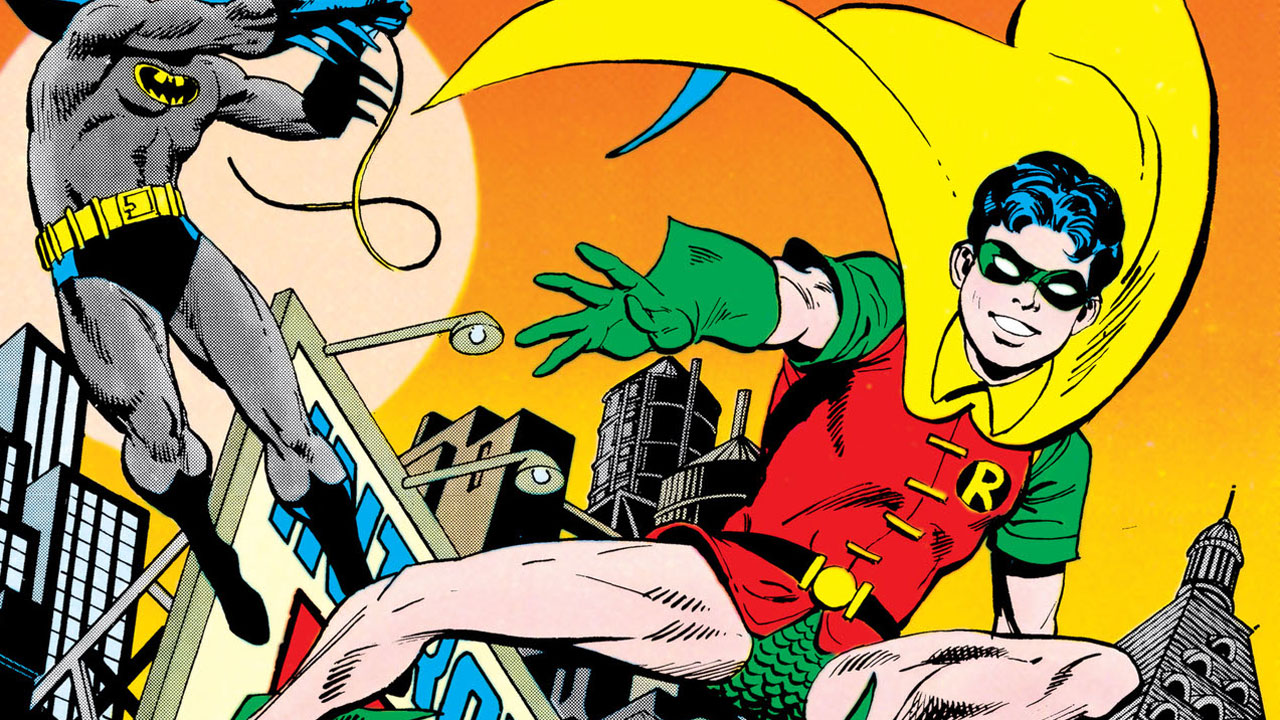 All Robins are good Robins. From the classic Dick Grayson, to the lesser-recognized alternate timeline Robins like Carrie Kelley, Matt McGinnis and Helena Wayne. From Stephanie Brown finally getting to work at Batman’s side after years of struggling for recognition, to Damian Wayne learning from the first Robin how to truly earn the title he once considered his birthright. From Tim Drake accepting the mantle to bring Batman back from the brink of despair, to the entire flock of Robins led by Duke Thomas in WE ARE ROBIN operating without Batman. But we’re here today to express a controversial opinion: all Robins are good Robins. But Jason Todd was the best. 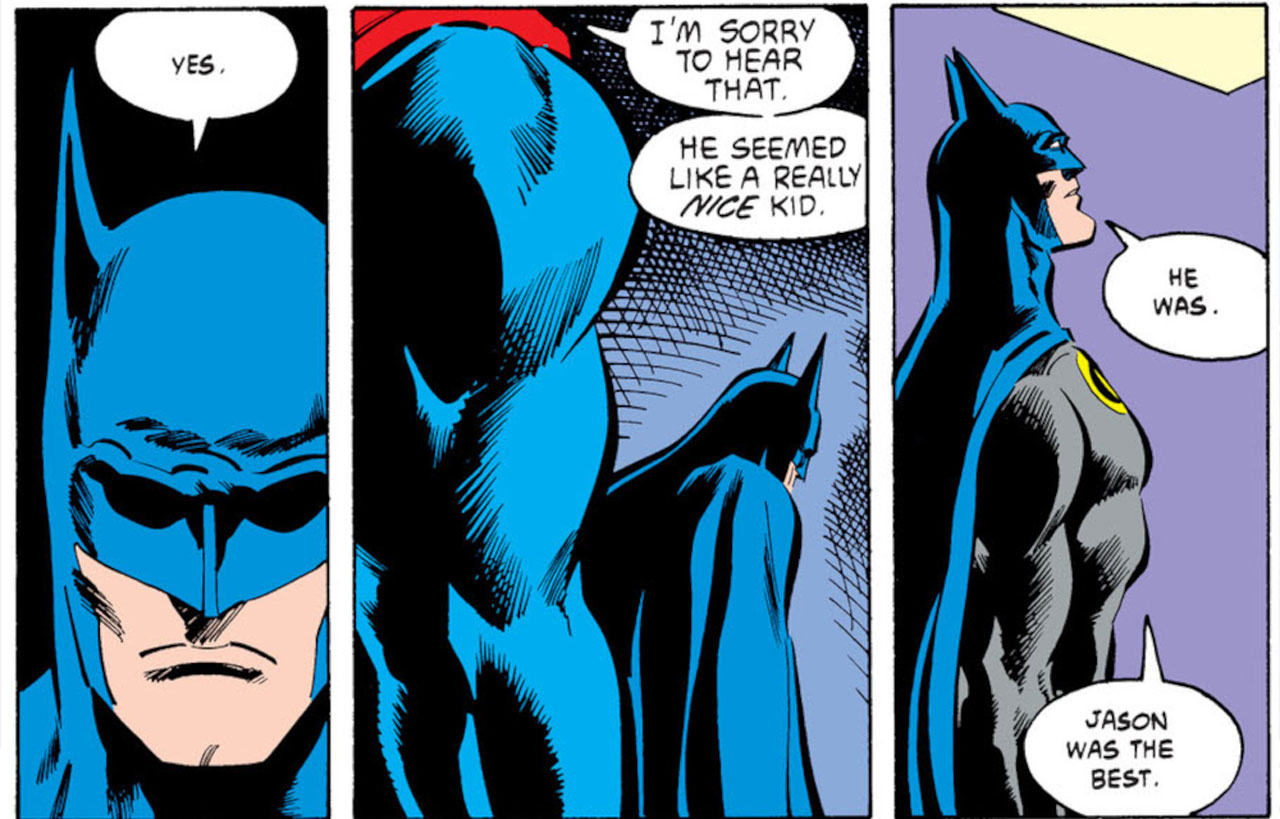 HE WAS A STREET PUNK 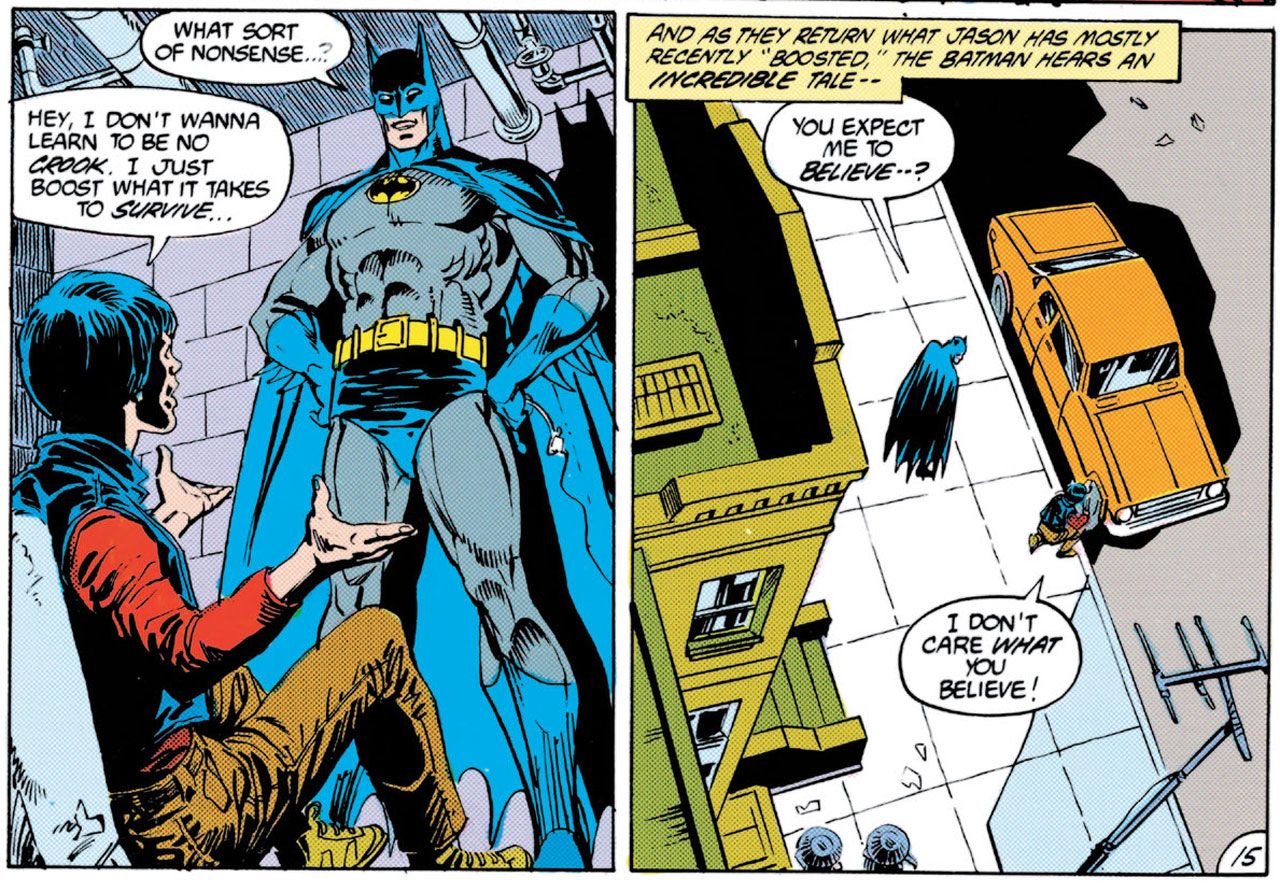 Quick! What’s Batman’s defining aspect? No, not the dead parents, the other thing? It’s that he’s filthy, stinking rich. Batman is loaded. Batman has not just money, but Money™. Debuting as a millionaire playboy, Batman’s wealth has only grown over the years, even first graduating to billionaire in THE DARK KNIGHT RETURNS.

It was a fine enough origin for the Golden and Silver Age, as a quick explanation for how he can afford those wonderful toys. But as the 1980s loomed, so too did comics enter a strange and tumultuous time. Comics were reckoning with the social issues of the time. Stories like THE DARK KNIGHT RETURNS and “Batman: Year One” were giving us a new, darker Batman. Dick Grayson was striking out on his own as Nightwing. And Jason Todd was getting a new origin, one which made him a perfect counterbalance to Batman. Originally a circus acrobat cut from the same cloth as Dick Grayson, the Jason Todd of post-Crisis continuity would take on a new origin more suited to his times as a homeless kid living in the streets of Crime Alley, stealing to survive after losing his parents to drugs and crime. These elements of poverty, addiction and wealth disparity made him perfectly suited to the issues of the 1980s -- and, perhaps, today.

HE MADE BATMAN LAUGH 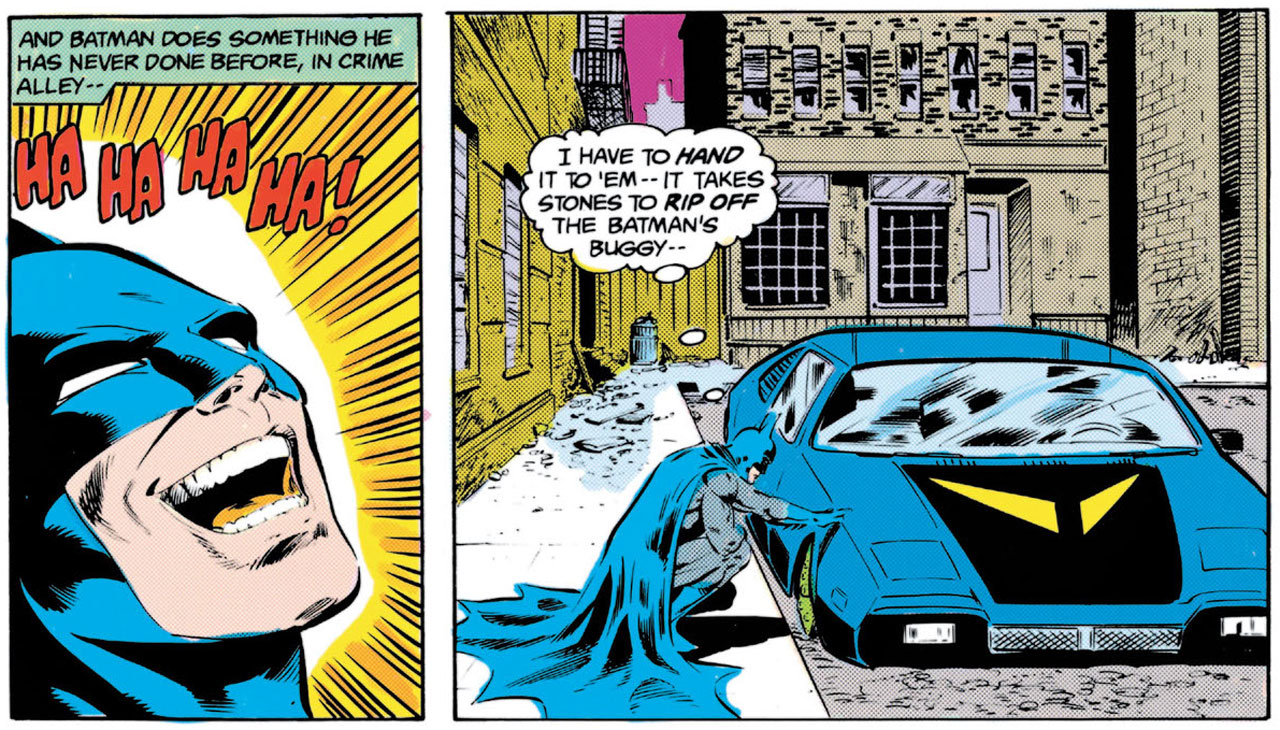 You all know this story. When Batman first met post-Crisis Jason Todd, Batman caught him in the act of stealing the tires off of the Batmobile. As we’ve mentioned before many forget what came next: Batman getting hilariously punked by his soon-to-be adoptive son. But what’s also forgotten is that even before that, Jason made Bruce LAUGH. No mean feat in general, but even more impressive considering that it was in Crime Alley, on the anniversary of his parents’ deaths.

That’s right! While you may have heard that Batman took Jason in to keep him from growing up to “do wrong,” Batman’s true motives were far less Billionaire Savior of the Downtrodden, and far more relatable: Bruce just liked having the kid around. 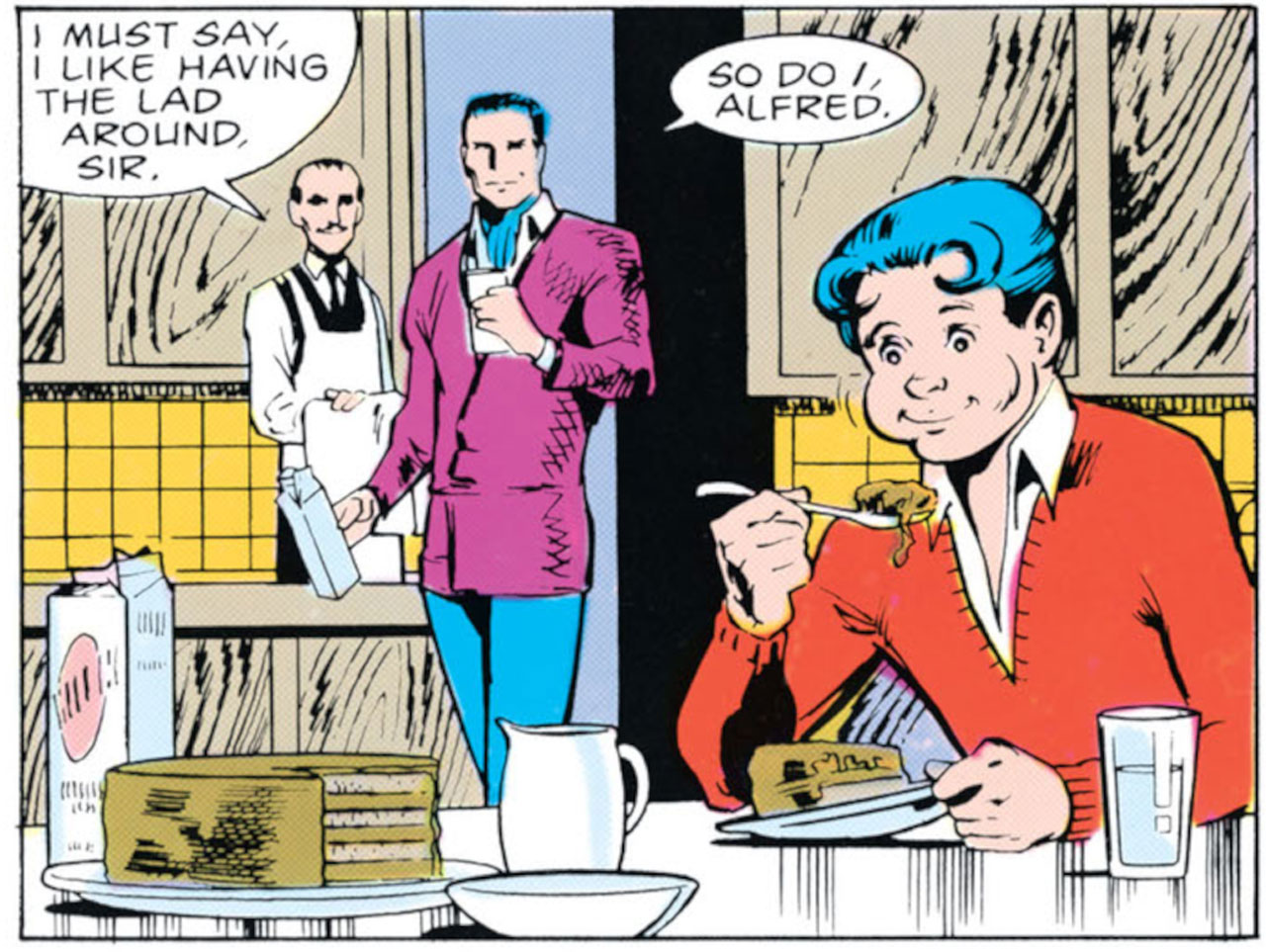 HE WAS A FEMINIST

When people think of Jason as the “violent Robin,” they’re mostly thinking of a few specific incidents from Jim Starlin’s run on BATMAN. What people often forget, though, is the common theme uniting these incidents: Jason specifically lost it on men who were abusing women. From a serial killer who targeted women to a pimp abusing a sex worker to a serial rapist wielding diplomatic immunity to drive his victim to unimaginable ends, it’s clear what most pushed Jason’s hot buttons: abuse and violence targeted at the vulnerable and disenfranchised.

In fact, this aspect of Jason’s characterization is so ingrained that, aside from his name and the codename he would later bear, it’s one of the few aspects of post-Crisis Jason that was established as far back as his pre-Crisis incarnation. 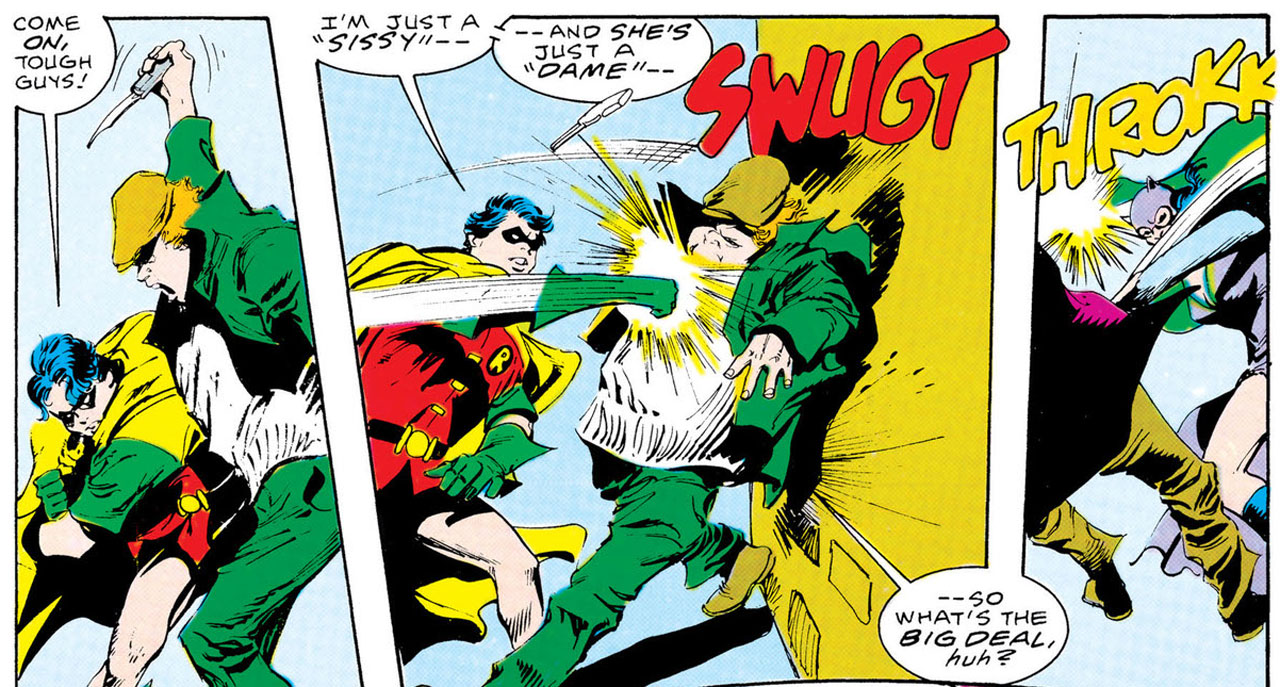 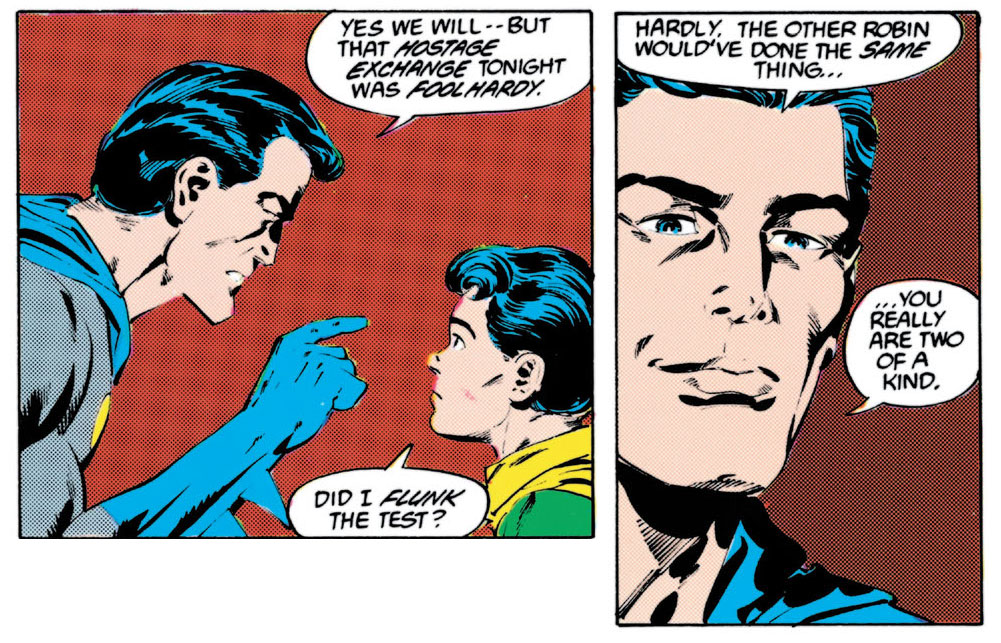 You read that right. Jason disobeyed Batman… just like every other Robin! Why? Because otherwise, the story is boring! Who wants to read a story where Batman is right about everything and Robin is some gormless flunky who hangs around obeying every command? Conflict drives action, and allowing Batman to be wrong, and Robin right in defying him, adds interest.

And besides, Jason had reasons for his defiance, even when it ended poorly...

HE LOVED HIS MOTHER 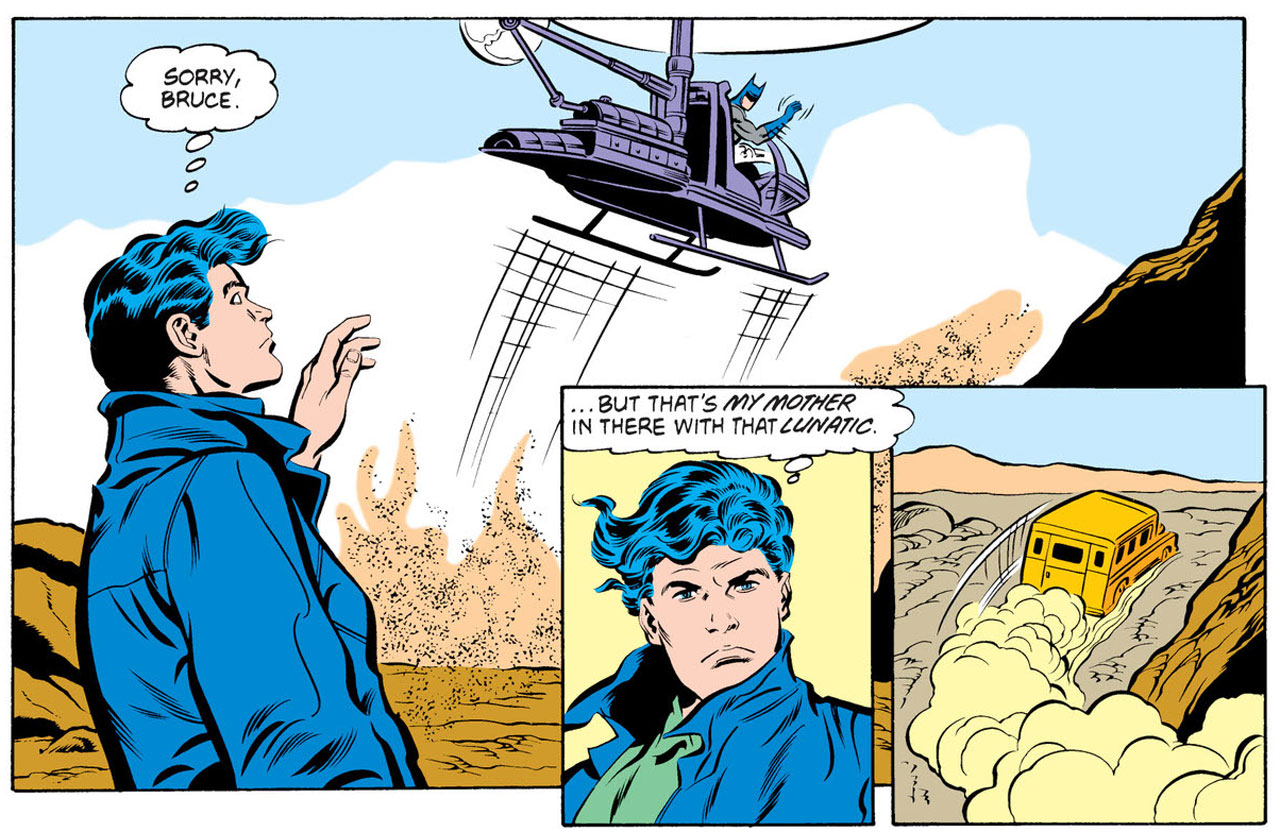 With all the flashbacks and retellings of Jason’s death in the years since 1988, it’s easy to forget one key factor: when Jason went after the Joker alone, he wasn’t foolishly rushing in for his own glory. No, he was rushing in for a reason all too understandable: to save his own mother.

Unfortunately for young Jason, his mother didn’t return that unconditional love. Seeking to cover her own criminal activities, Sheila Haywood, after finding out that her son was Robin, lied to him and told him that the Joker was gone in order to lure him into a trap. Jason’s death, though at the Joker’s hands, ultimately came from the cruelest source of all: a mother’s betrayal. And yet even after all that, Jason might have survived… had, seconds before the detonation of Joker’s bomb, he not thrown himself in front of his mother, trying to shield her from the blast.

Jason was a teenager, and like any teenager, prone to occasional recklessness and fits of temper. But in the end, it was love that ran Jason afoul of the Joker, and love that led him to sacrifice himself for the same mother who betrayed him. Jason died the same way he lived: a true hero.

(Anyway… you all loved him in The New Batman Adventures when they changed his name to “Tim Drake.”)

But if you agree that Jason Todd deserved better than Death by Joker, you’ve got a chance to set things right: save his life in the interactive Batman: A Death in the Family movie on October 13th!

Are you convinced that Jason Todd was the best Robin, or have you known all along? Tell us in our Community!