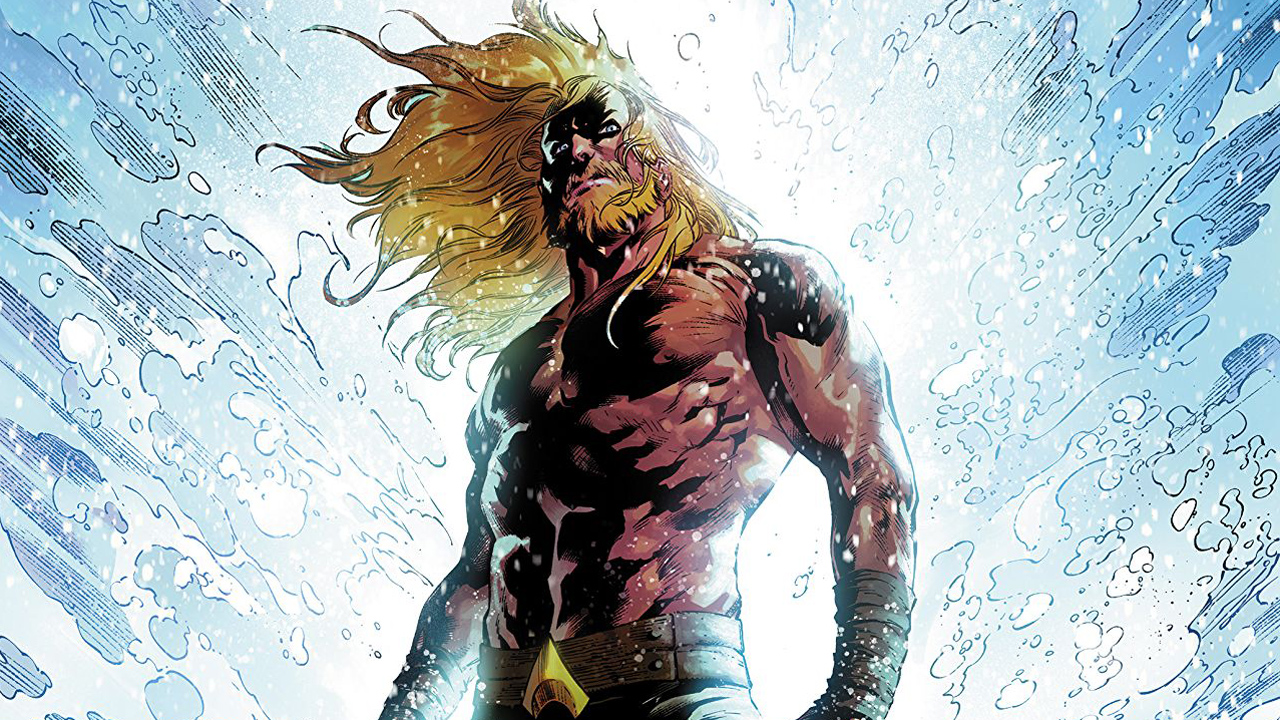 For many years, Aquaman has ruled the seven seas and protected his kingdom of Atlantis with all his might. Now, famed Captain Marvel writer Kelly Sue DeConnick is teaming up with artist Rob Rocha to take Aquaman out of his element for some new adventures, starting with this month's Aquaman #43 (arriving in stores Wednesday, December 19th). We recently had a chance to chat with Kelly Sue about her favorite incarnations of Aquaman and how they’ve shaped her upcoming run. Here are her top 5 faves... 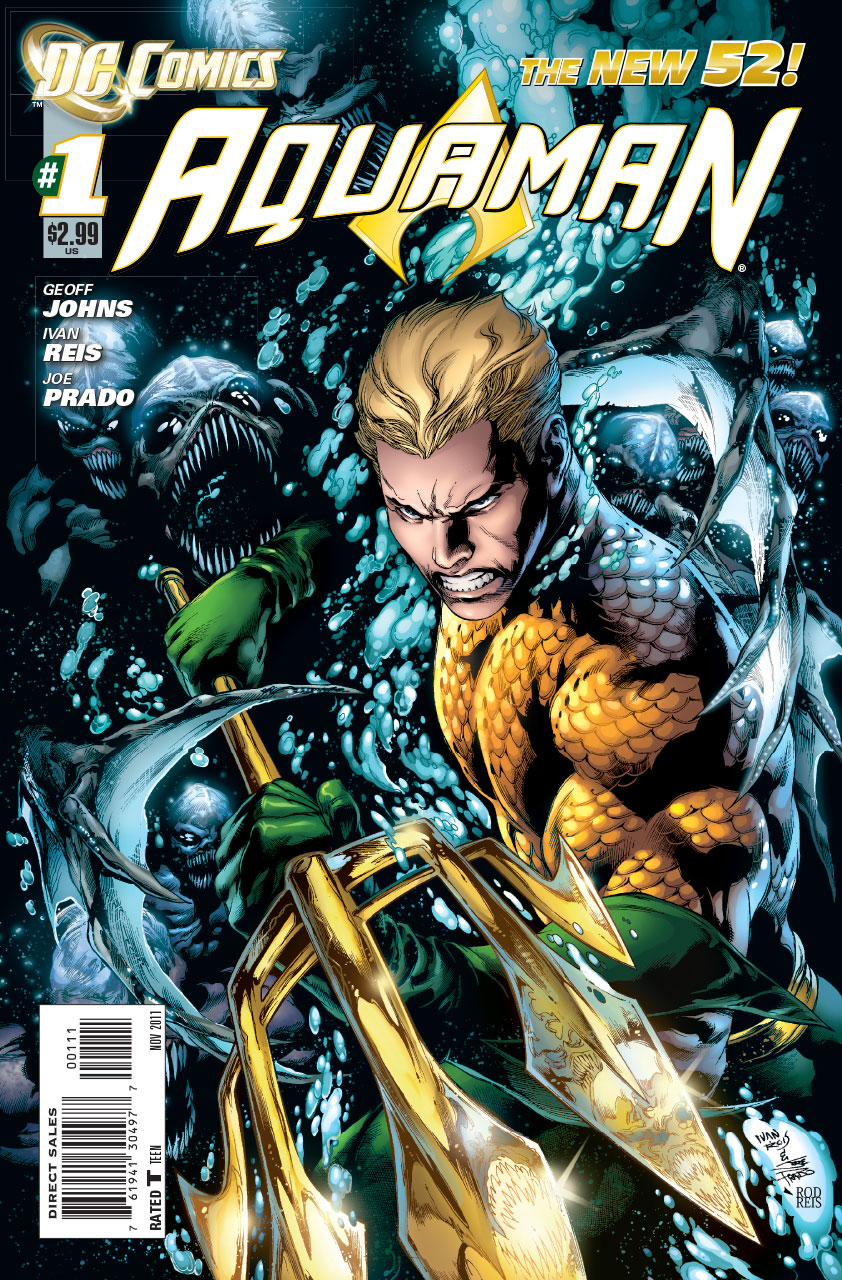 “I spent a lot of time with everything from the New 52 forward. I love Johns' run! Johns had Arthur kill Black Manta's father. There is a lot of guilt there. Guilt is a great engine. I can't really connect that to his powers though. So what else have we got? There's this moment where Johns revisits his origins and sees how his mother was an Atlantean royal and his father was a lighthouse keeper. She leaves to return to her duties and his father takes him to the water on occasion to look to see if his mother will return. That is a hole. That is a foundational pain. Now can I connect that to his gift? Yes, he can speak to any creature in the ocean, except his mom. That's how we start to understand the character. A young man who has been abandoned by his mother. What character does that produce? Well, often that'll produce somebody who's an overachiever because they want to prove to the missing parents, 'I was worth it, you shouldn't have left me, you made the wrong call because of what you missed out on.” 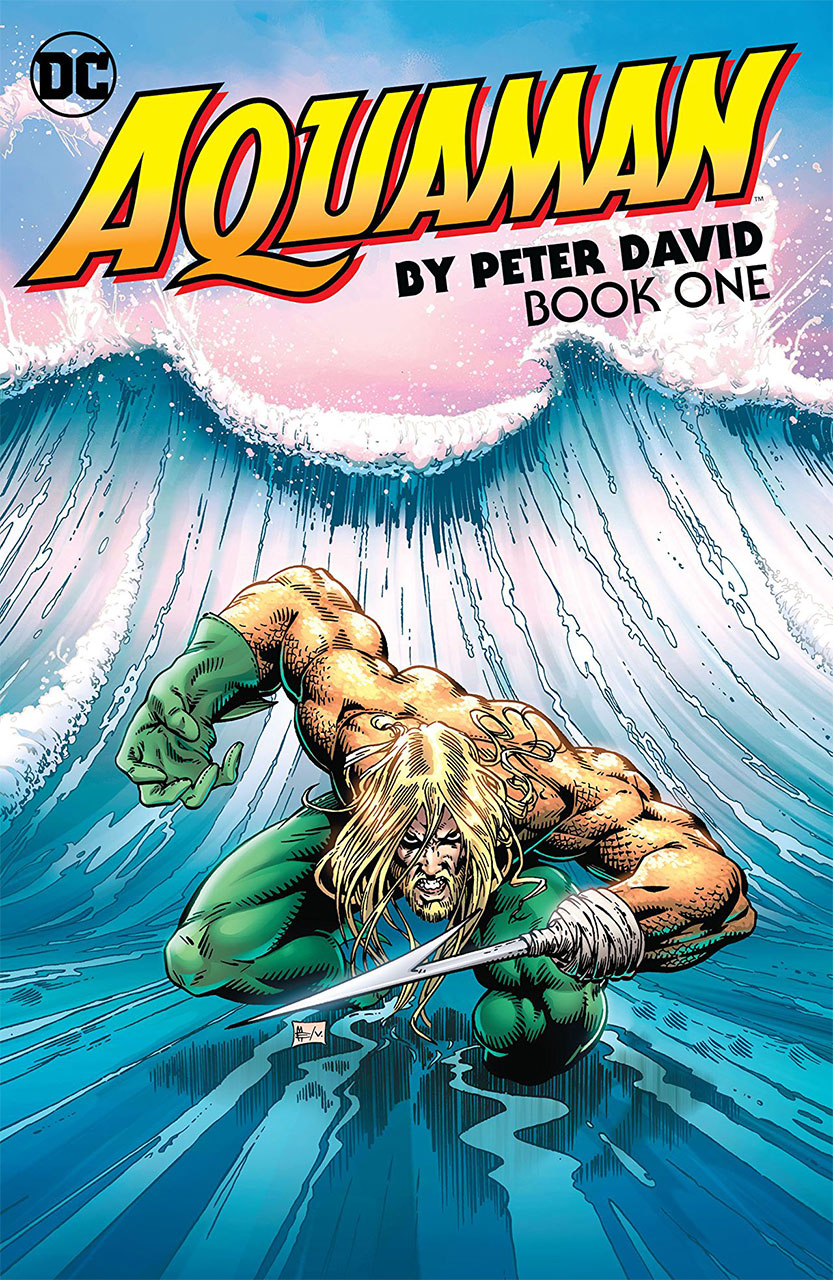 “The Peter David run was great... For Aquaman, the traditional approach has always been that because he's half Atlantean and half human he's not at home in either place. I think that works very effectively in Atlantis. When you bring him up to [the land], it’s different. He is handsome. He is a king. He is in the Justice League. He is literally bulletproof." (Read Peter David's Aquaman run here.) 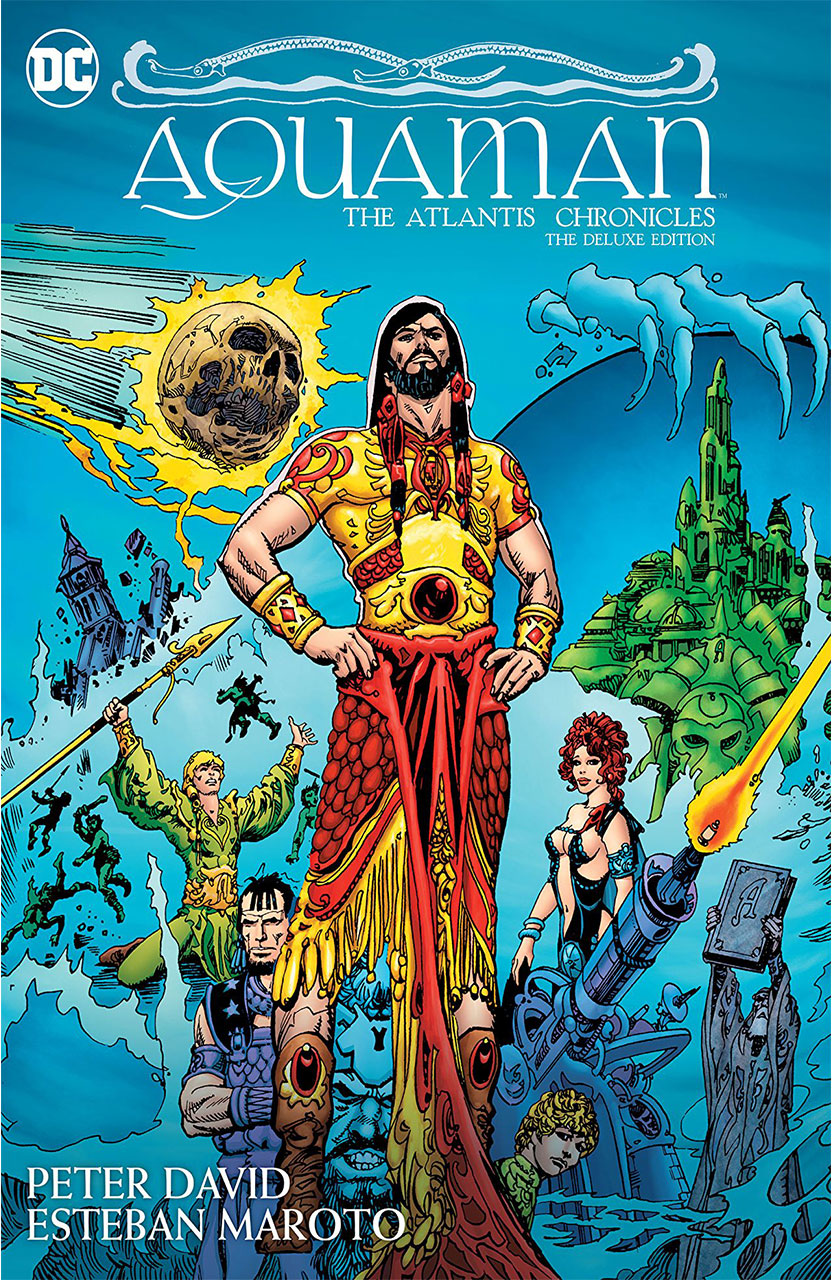 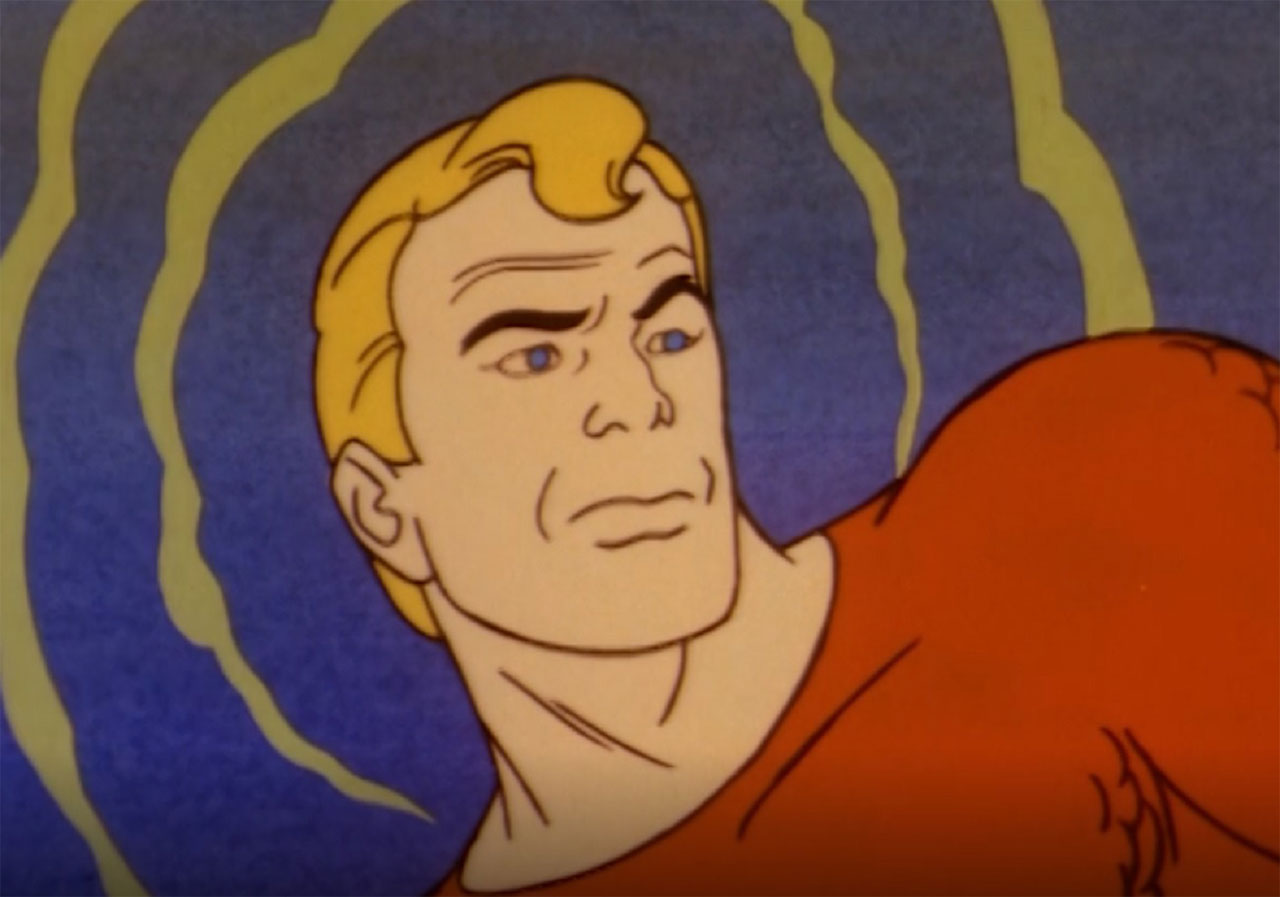 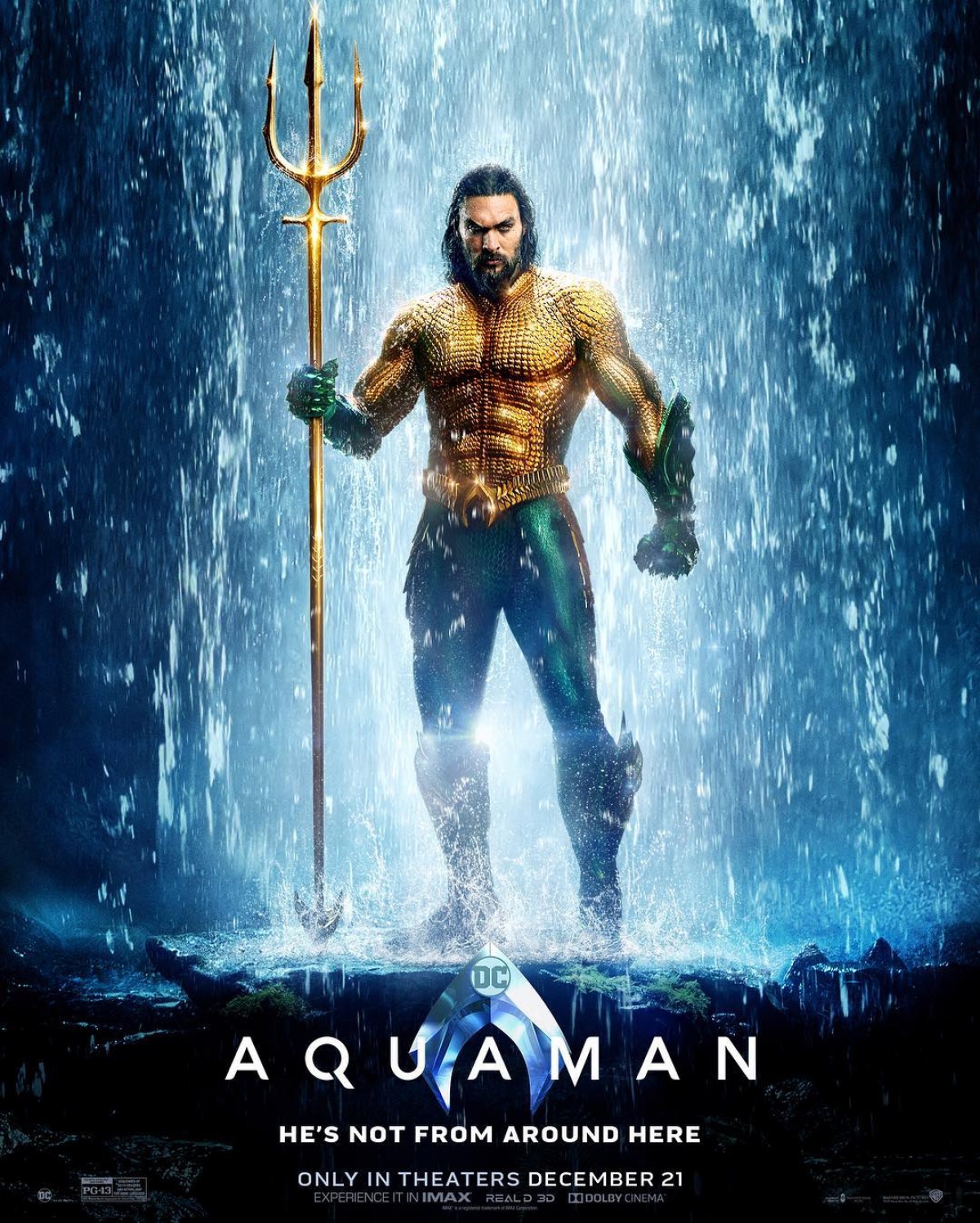 “We didn't want to ignore a Momoa characterization because, let's be honest, more people would see that film than are picking up the books. So we wanted to have something of that spirit. But we also didn't want to completely record-scratch change the characters. What we settled on was that there is a feeling in the Momoa character, and I see it in the stills... He looks like a roadie from Metallica, Aquabro. But a good bro. A bro I would totally hang with! There’s this one still of him and his hair is hanging down from his face and he's looking up and there's this twinkle in his eye. That swagger, we wanted that. We want that moment in our character, and then to marry it to this regal history that Arthur has. We were trying to find this space that was not a record scratch but kind of a natural progression into that moment." 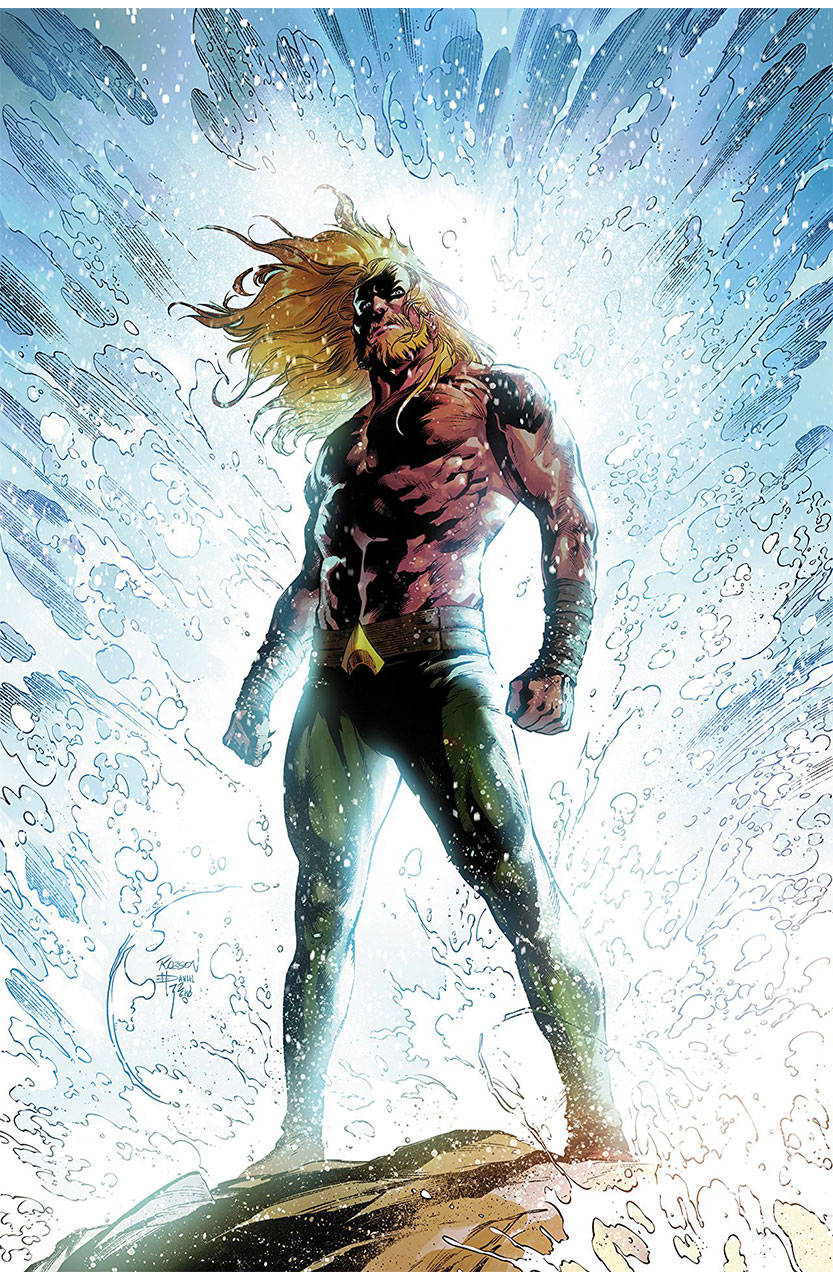 The first chapter in Kelly Sue Deconnick and Rob Rocha’s Aquaman saga will arrive in stores on December 19th. As a bonus, Kelly Sue gave us the scoop on how she’s crafting her upcoming run...

On writing Aquaman while the movie is coming out...

"I think we feel really fortunate. We're having a blast. The honest truth is we are entertaining each other. If other people get to enjoy that, great. We're just having a good time playing in this universe that we love with these characters that we love."

On why her story will be putting Aquaman into new settings...

"In order for us to make our place, we had to get away from the Atlantis stuff, even though the Atlantis lore is really wonderful. The absolutely fantastic run that we're following has been doing a heavy Atlantean story. So we wanted to to have a contrast. We’re ambitious, right? [Laughs.] We want to make a hell of a run here. We want [other creators] to be like, 'Shit, I can't follow that!'"

On why the first arc is called “Unspoken Water”...

"'Unspoken water' is a Scottish term for a cure. It was an old magic. Sometimes it was believed that if it was person was sick, then they were hexed and you needed to bring the water to cure them. Unspoken water came from underneath the bridge over which both the living and the dead had passed; and you were silent when you delivered the water to the ill person. No words were said and then the water would remove the magic if the person had been bewitched."

On being "new reader friendly"...

"We’re not renumbering. This is not new continuity. It is a new team and a new tone. We're not doing a drastic rebuild or anything. We needed to take him aside a little bit and [create] the engine for our run. 'What is at the core of the character from our understanding and what do we want this tone to be so that this is a story that we can live inside for the next couple of years and not be bored?' We needed to find what we care about and connect with. What we can be passionate about in the character. Even though we are not renumbering, it is an easy jumping on point. You don't need to have any familiarity with the character or the history to pick up with issue 43 and join us."

What's YOUR favorite version of Aquaman? Let us know in our Community!