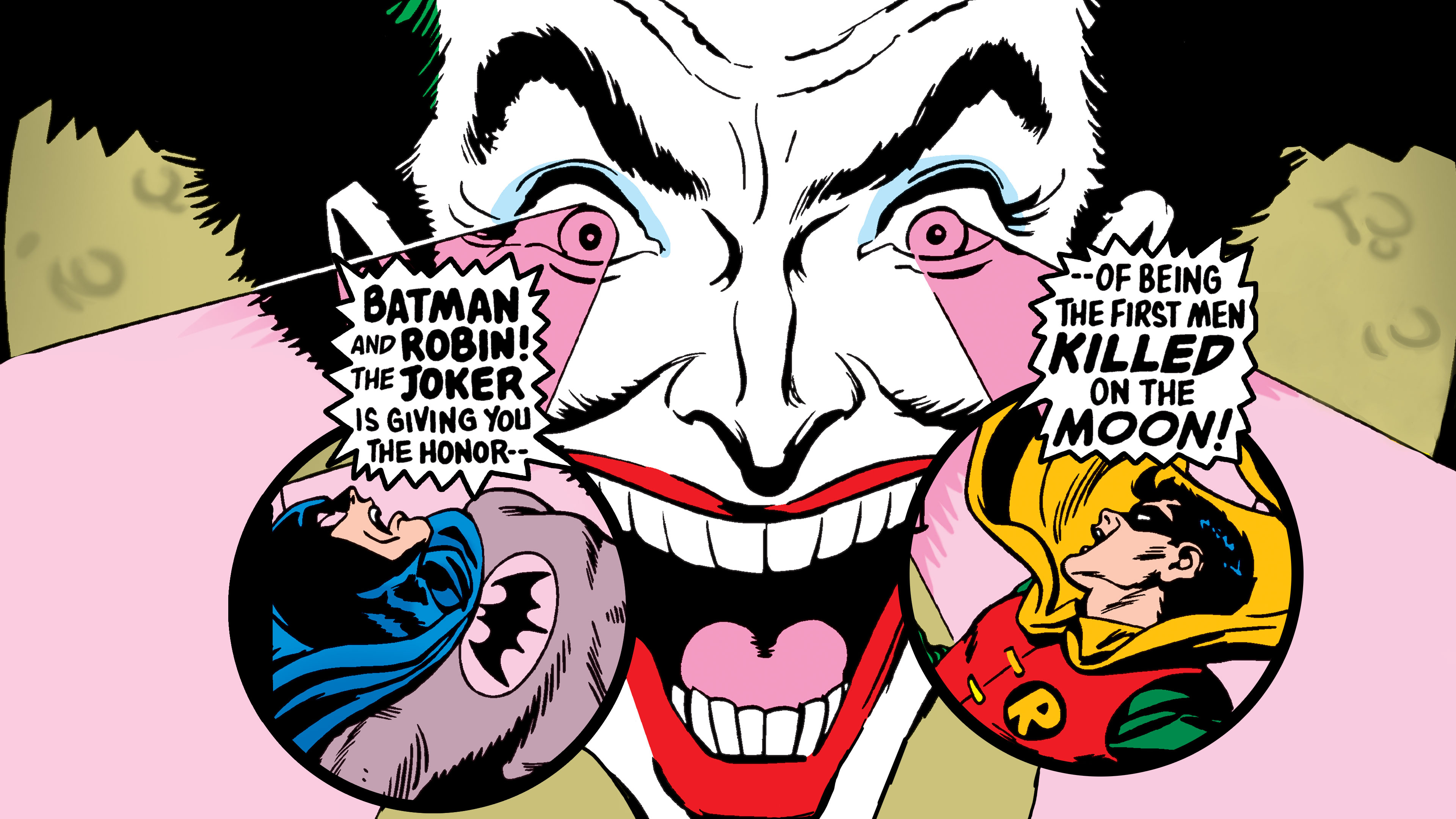 The Joker's 5 Most Ridiculous Schemes

The Joker has committed some very serious crimes in his almost 80-year history, including muggings, murders, and maimings. But the Clown Prince of Crime’s criminal career hasn’t always been so malicious. Often times, The Joker has leaned into absurd and even silly misdemeanors. So strap on your moon boots and unscrew your fish food, we’re taking a look at his five most ridiculous schemes... 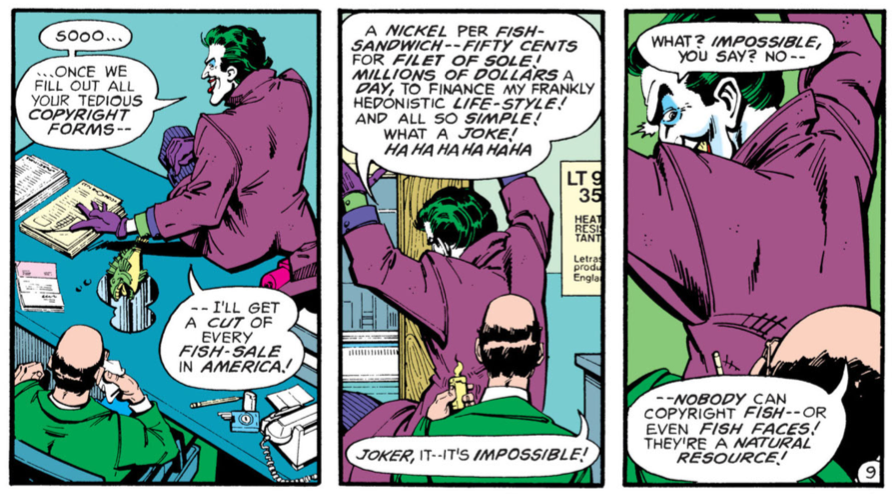 Scheme: The Joker takes a page out of the big corporations’ playbook and starts dumping hazardous chemicals in the water. It mutates all of the fish to have The Joker’s pale complexion and sinister smile. What’s his endgame? Copyright trolling! He heads down to the copyright office to file a copyright for his likeness in order to get a percentage of every fish sold.

Success Rate: 0% - He is refused the copyright because... well that’s not how copyrights work. Instead he holds the copyright office for ransom before Batman foils his plans. Despite the failure of the copyright attempt, his “laughing fish” have become a staple in The Joker’s hall of fame and is even featured in the ‘Batman the Animated Series’ episode -”The Laughing Fish.”

Becoming the Iranian Ambassador to the U.N. 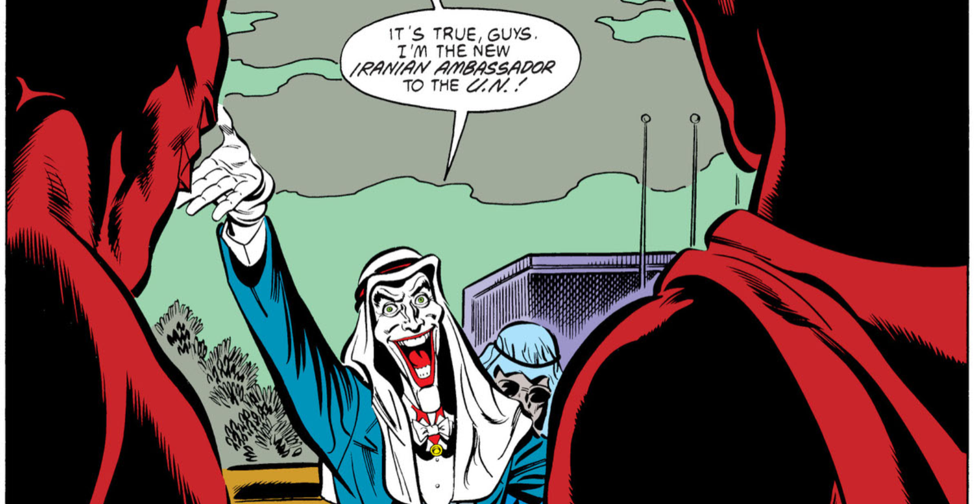 Scheme: After killing Jason Todd, The Joker pulls a 'Lethal Weapon 2' and is granted diplomatic immunity in the United States. He was appointed the Iranian Ambassador to the U.N. by the Ayatollah. He’s attending a U.N. meeting and while this normally wouldn’t stop Batman, Superman is sent to ensure that Batman won’t disrupt the assembly.

Success Rate: 50% - The Joker’s plan would have worked if he didn’t try to murder everyone at the United Nations. His plan is inevitably foiled and as for his diplomatic immunity, well… “it’s just been revoked.”

Tying Everyone to His Birthday Cake 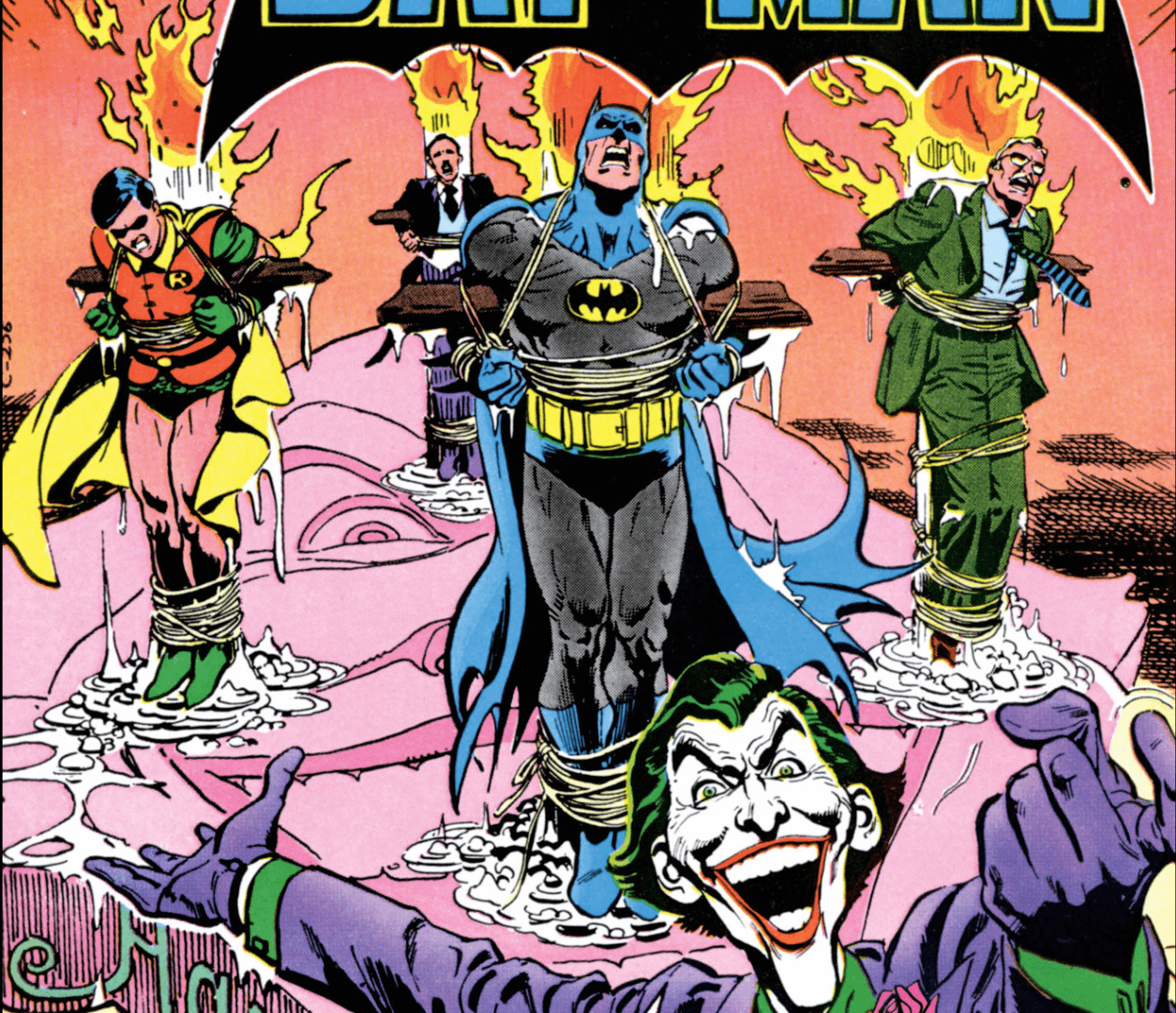 Scheme: To take out all of his enemies once and for all, The Joker ties them all to explosive candles on top of a giant cake. He offers Batman to take the top candle in exchange for his friends' lives. Obviously, it's a double cross, but Batman manages to escape. The major flaw in this plan is that it easily took twice as long to just bake the cake for the plan than to execute it.

Success Rate: 15% - The Joker's plan ultimately fizzles out like a birthday candle, but there is still cake left over to feed an entire town. I'd be wary of eating anything that The Joker touched knowing his history. Looks like that sweet, green icing will be flowing down when another (giant) cake is left out in the rain. 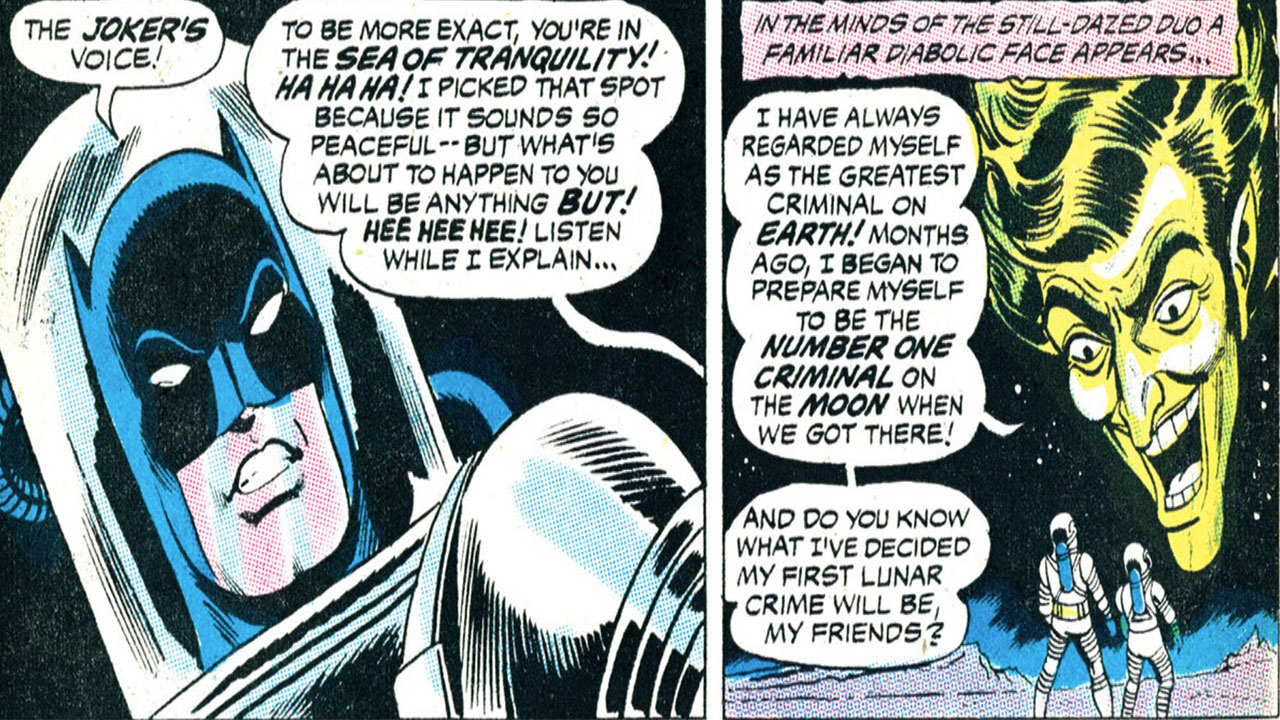 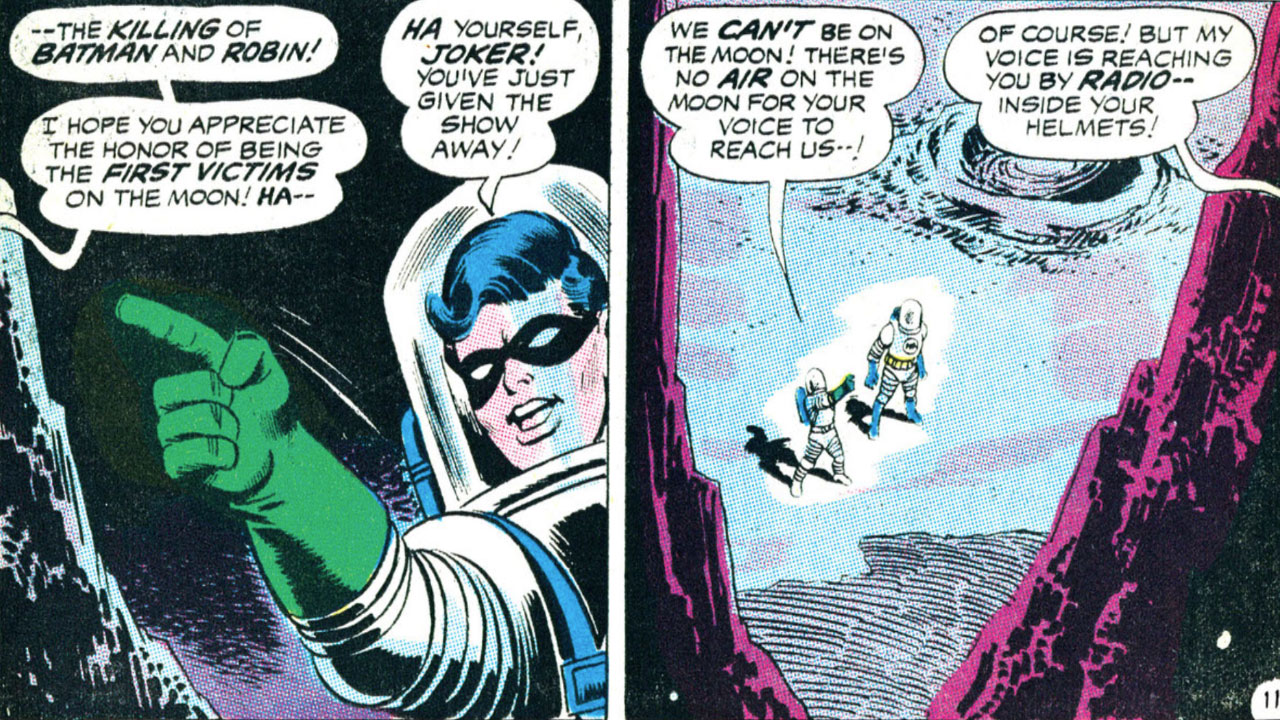 Scheme: Using the anti-gravity ray he’s invented, The Joker tricks Batman and Robin into thinking that they’re on the moon. The Joker aims to be the number one criminal on the moon. It doesn’t take long for the Dynamic Duo to deduce that this lunar lunatic is lying. After realizing that they are on a set, the Caped Crusaders take down The Joker.

Success Rate: 25% - His plan would be more effective had he not tipped his hand and used his anti-gravity ray earlier. Also, being the number one criminal on the moon isn’t much of a feat as there’s nothing to steal and there aren’t any laws to break. 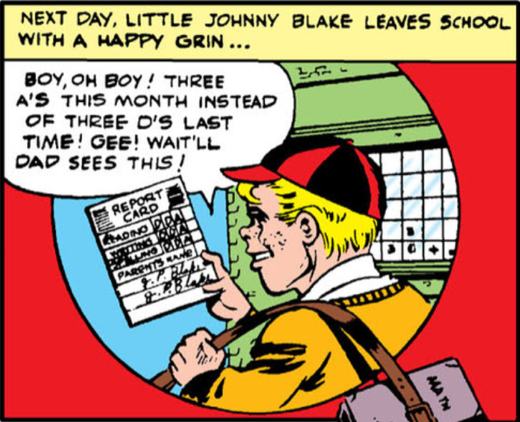 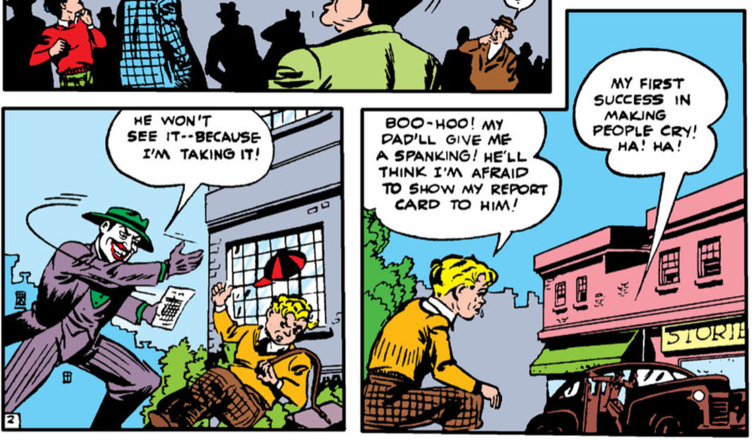 Scheme: Like a small town politician, The Joker runs around town collecting signatures. Unfortunately, he does this by stealing other people’s documents. One of these includes a young boy’s report card. The boy’s father will never believe him that he turned is D’s into A’s and is sure to give this lying kid a spanking. Now it doesn’t seem necessary for The Joker to also slap the child, but it’s better than being hit with a crowbar.

Success Rate: 100% - He successfully stole the report card and although it wasn’t his intent, that kid is going to get a spanking. He succeeds in ruining this kid’s day and maybe longer depending how much the spanking hurts.

What's your favorite silly Joker scheme? Let us know in our Community!