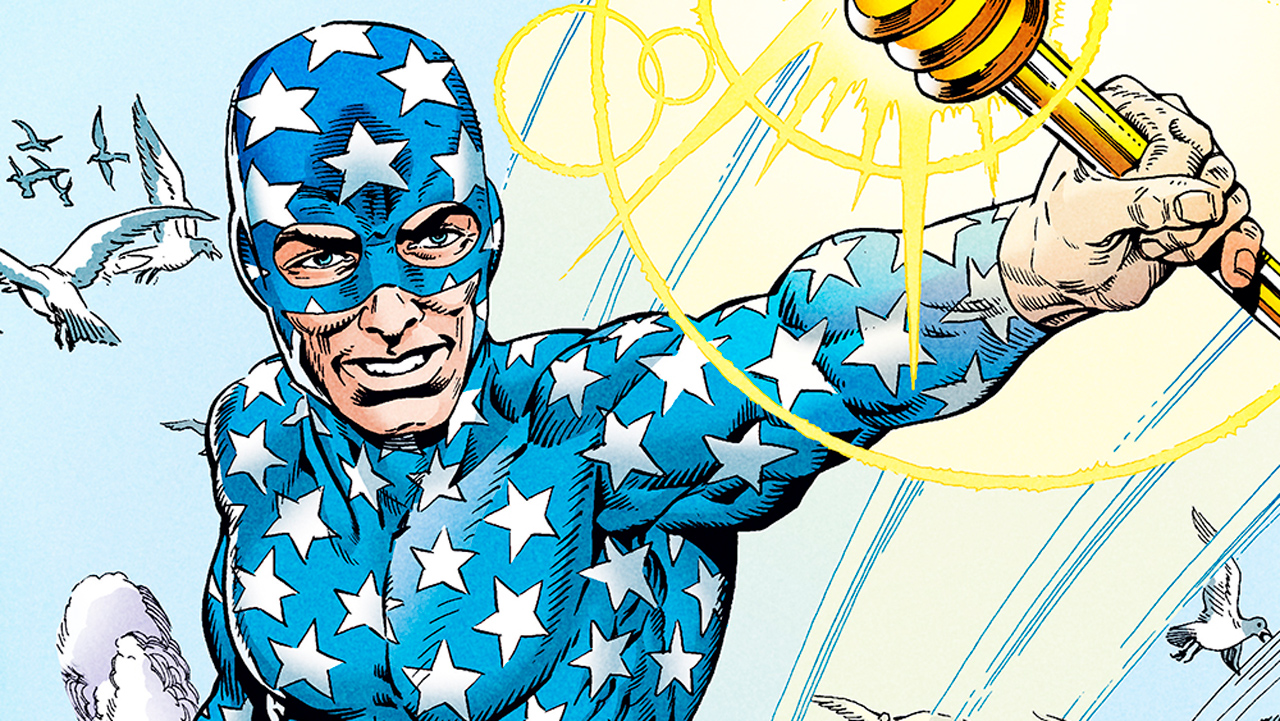 We've had more than our share of impressive casting announcements for DC Universe shows lately. But the biggest one yet has just broken (via Variety) -- Joel McHale will play the legendary Starman in DC Universe's live-action Stargirl series, debuting in 2019. The much-loved McHale is best known for hosting the long-running The Soup and for starring in the fan-favorite TV comedy Community as well as The X-Files.

Starman first appeared in 1941's Adventure Comics #61 (written by Gardner Fox with art by Jack Burnley). Starman's secret identity was originally Ted Knight, though, in the '90s, Ted's son Jack took up a variation on his signature weapon -- originally the Cosmic Rod, it became the Cosmic Staff (read Starman Jack Knight's adventures here). Jack eventually bequeathed the Cosmic Staff to Stargirl herself, a.k.a. Courtney Whitmore (read Courtney Whitmore's original adventures here). The show's Starman sounds like he'll possess aspects of both the comics' Starman and the Star-Spangled Kid, a.k.a. Sylvester Pemberton, another Golden Age adventurer whose mantle was taken on by Whitney before she became Stargirl. Here's the official description of McHale's character (pictured above)...

Are you a Starman fan? What do you think of Joel McHale's casting? Let us know in our Community!