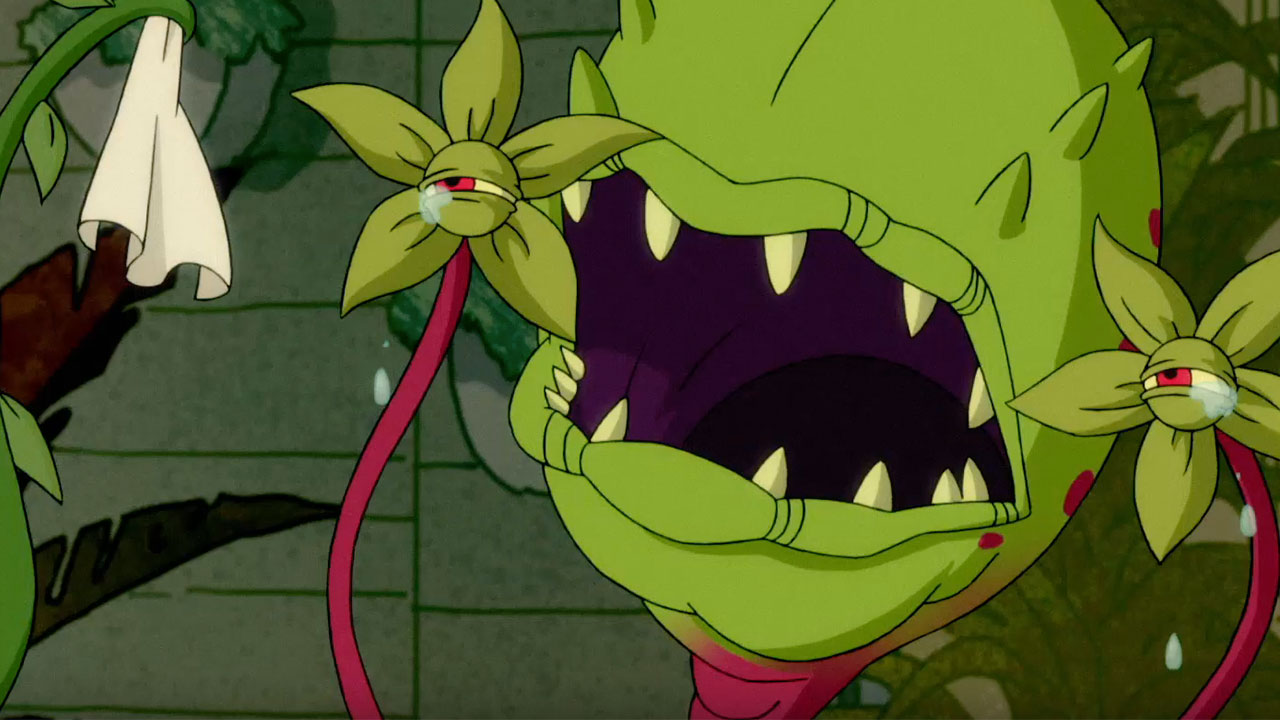 'Harley Quinn' isn't funnyman J.B. Smoove's first foray into the worlds of superheroes and animation, having co-starred in 'Spider-Man: Far From Home,' 'American Dad,' 'The Smurfs,' and other fan-favorite productions. Now, Smoove gets the best of both worlds, voicing the tough-talking, sentient flora Frank the Plant in DC Universe's forthcoming adult animated comedy series. We recently sat down with Smoove to talk about how he creates a character, Frank's relationship with Poison Ivy, and how he almost created a crime scene just to get Michael Keaton to jump into action...

‘Harley Quinn’ is like nothing else on TV right now, and your character, Frank, is one of the reasons why...

Yeah, man. It’s so fun. Sometimes you get lucky with these projects and they’re up your alley. We get a chance to improvise, just to have fun with the characters. I do a lot more animation than people think I do. I do a lot more, man. Of course, [in] 'Teenage Mutant Ninja Turtles,' I play Bebop. I play two characters on 'American Dad.' Of course, 'The Smurfs' -- Hackus Smurf. This right here is an extension of my animation world.

Yeah, and with Spider-Man, I’m in two different universes right now. It’s crazy. Some people are lucky to be in one universe. Two damn universes at the same damn time! ['Harly Quinn'] is more freeing because this is animation. Things in the animation world come to life differently. You can overwrite animation, and you can still make it come across because you’re creating this animated character around the voices, and you just have a good time with the character, man. I told somebody, if I had to come back as a plant, I would come back as Frank, man. I feel like he’s one of those characters that would never pay his bills. The landlord would have to come and get him out of there, throw him out of his place. [Laughs.]

Your character is unique in that he's original to the show. It seems like you have more freedom than the rest of the cast, in creating something out of scratch.

Right. What it does for me is... You’re given this blank canvas. Same thing when I do 'Curb Your Enthusiasm.' My character Leon doesn’t have an origin. The thing about not having an origin is no one can compare it to the book or whatever. I do have a character that’s wide open. So even when I’m doing my recording sessions, I just kind of go off, and I just have my take on whatever it is. Of course, the writers do an amazing job of presenting a script, but they allow me to have fun with it, which in turn, allows me to create my own storyline, my own origin. I’m building an origin from scratch in our reality, which is really a fascinating form to work in. I love it because it allows Frank the character in an adult world to talk more shit, because you don’t know where his shit-talking is coming from. You don’t know why is he talking this much shit. [Laughs.] I just love that he has Harley’s back, and her character needs that group of people around her, and I think he’s a unique voice to take her through her journey.

What inspired your performance as Frank?

The first thing I do, anytime I’m doing any new character in animation, is say, "Let me see his illustration. Let me see how he looks. Let me see where the leaves are positioned." Even the facial [expressions]... You know a plant don’t have a face, but I like to see how his upper and bottom overlap, where that is -- and what’s the expression on his face? That allows me to look at him, I’ve got to look at him, and I can put a voice right to him. I can put a voice to him instantly, and I put levels to it. I go high, and I go low sometimes. Harley! It allows me to create these little levels to him, because a lot of times in animation, you’re doing a voice, but can you see the expression in the voice? So that expression has to got to be, of course, illustrated and drawn by the animator, but you match it up to the highs and lows of how his mouth really moves, which gives it some levels and fun stuff when you’re adding your voice to an animated character, and then they’ll put in the different things -- whatever it is, the level of expression. He’s skeptical, he’s happy, he’s mad, he’s curious, he’s judgemental. All these things have to come across in the delivery of the lines, which in turn, allows the animator to do those expressions.

I like to speak expressively, even in my normal life a little bit; but to change and add it to Frank, which gives him the ability to talk that shit. It allows him to have fun with the levels to him, but do absolutely right, it’s a little harder, because you really have to make him vibrant in a way, but vibrant in your voice. Once you get the vibrant, you can go different places with it. Get out my face! Whatever it is, you feel it on your skin. I feel Frank on me. Once I saw him, I immediately allowed him to be on my skin. Sometimes when I’m recording, I even hold my leaves or my arms in a way that he would express himself, because he doesn’t have any arms, he doesn’t have any legs. He can’t run around. He’s kind of stationary, unless someone grabs his pot and carries him. But I like that he’s grounded, and his expression, his expressive voice allows the animators to attach that to him. 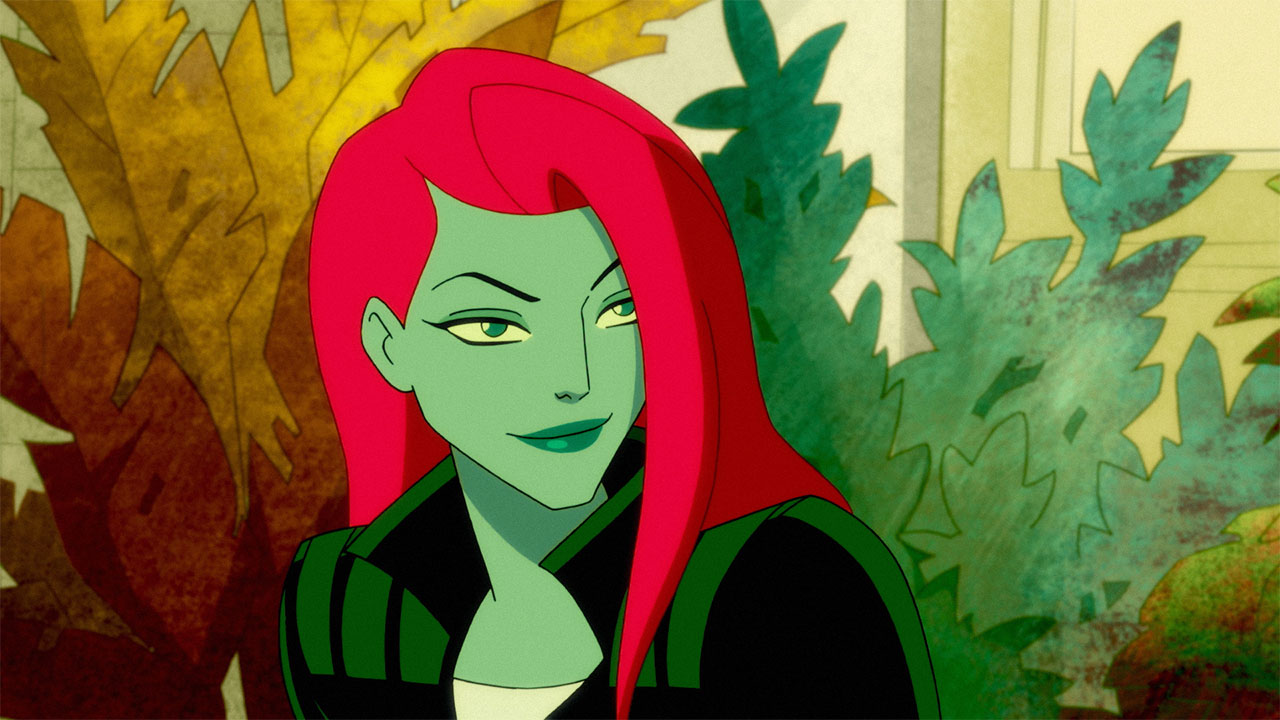 What's Frank’s relationship with Poison Ivy? She controls plants, but it seems like Frank can’t be controlled.

Controlling plants and controlling man-eating plants is two different worlds. I’ll eat your ass! [Laughs.] You can’t control a plant with a mind. Frank has a mind. He’s a man-eating plant. He has his own bills. He has all his own shit. You know what I mean? He’s got student loans he hasn’t paid for yet. Frank’s got his own shit going on. You know what I mean? Poison Ivy can’t control Frank. Frank is uncontrollable. He has to have that freedom. To be a part of a crew, but still have that freedom to make some decisions to drive his own damn car, and propel himself through this series. Frank is uncontrollable. He’s uncontrollable. You can’t control Frank. Can’t put Frank in a box. Can’t put him in a planter. [Laughs.]

Did they create the character with you in mind?

You know what? It’s very possible. Frank kind of has my mannerisms a little bit. He has my stature a little bit. I think you have to have a vision of the character. I do think that it lends itself well to an actor, and a lot of times I’ll hear things in different projects I do, this is built for you, or this is written for you, or you’re our first choice. You hear that kind of language, and you know that, "Okay, you kind of saw this type of character in his delivery, this type of character in how they drew him. I think there’s two ways to look at it. One is, they build it around you, and another one is, you were born to play this role. That’s two things that actors hear.

Were you a comic book fan growing up? 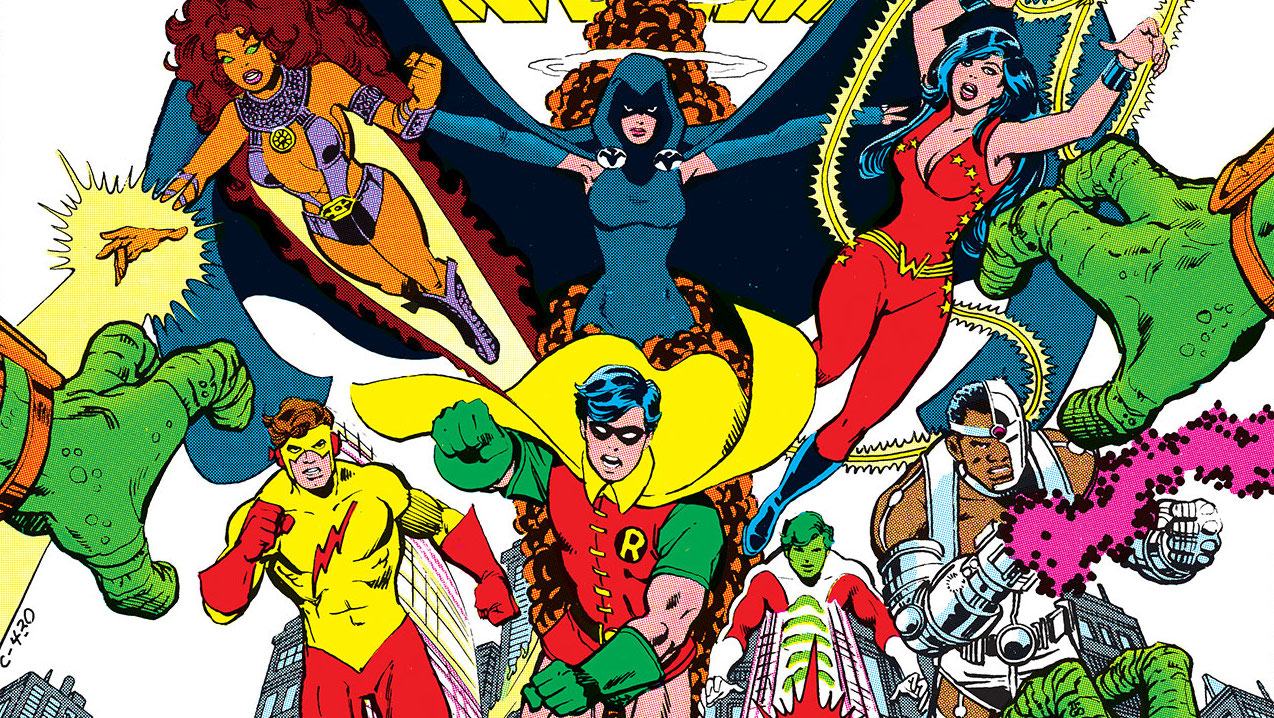 Favorite Batman. That’s hard, man. Damnit. It’s hard man. Christian Bale was dope. But there's been a lot of good ones. But you can't overlook Michael Keaton! How do you overlook the Michael Keaton? Let me tell you something... I saw Michael Keaton one day. I came out of the restroom, and he was standing there talking to somebody. All I could think was, "That’s Batman." All I could think about was, "That’s fucking Batman right there. I should cause some commotion and make him change into Batman."

Are you excited for 'Harley Quinn'? Let us know in our Community!