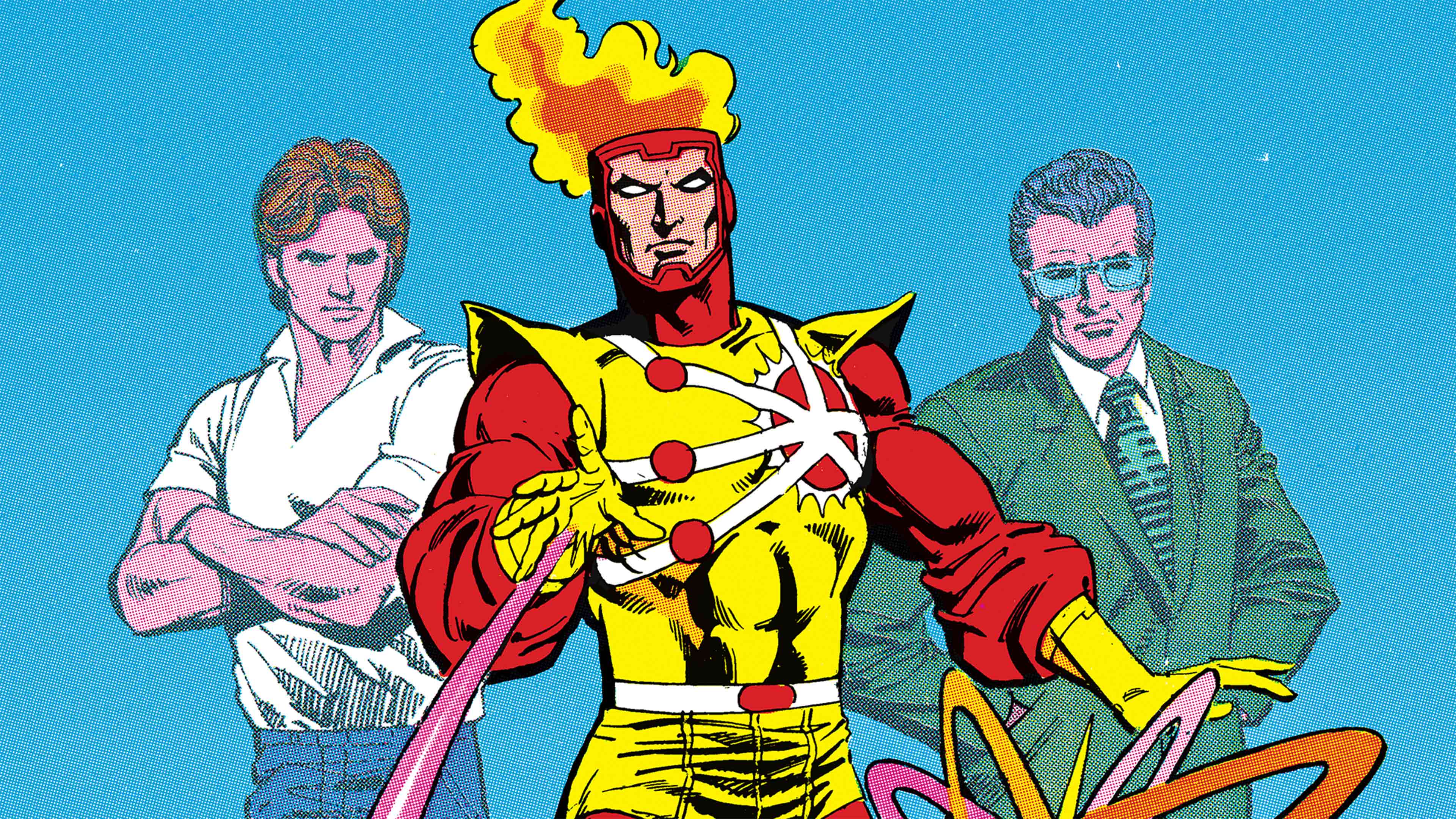 Age ain’t nothin’ but a number and that’s absolutely true for these “silver-aged” characters. Many characters are in their twenties or thirties when they enter that super-life. But let's take a closer look at a few DC characters who made a life change just as they were hitting the midpoint of their lives. Here are our favorite middle-aged characters! 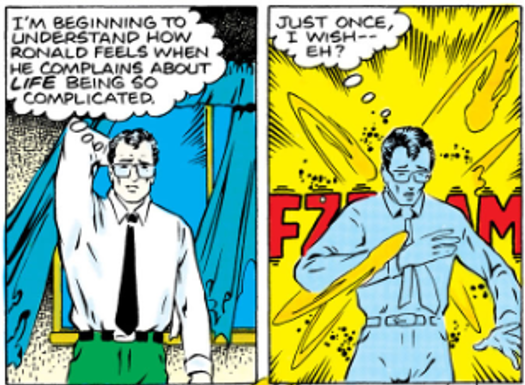 Dr. Martin Stein was committed to his life’s research. He was instrumental in the development of the Hudson Power Plant, the very power plant where an accident would fuse him with Ronnie Raymond to become Firestorm.

There are conflicting reports as to how old Martin Stein is at this point in time, but judging by his PhD and advanced position, he seems to be in his mid-forties. His age factors in for a number of reasons. First, there is a large age gap between Boomer Stein and Millennial Ronnie. Although Stein is knowledgeable and wise, hearing the voice of the previous generation judging you in your head doesn’t always make for an effective way of teaching. Secondly, Stein has a wife and his absence due to his work and “double life” leads to complications which end in divorce. A younger character might break up with their significant other and just lose their favorite sweatshirt, but a divorce has a lot more paperwork and financial repercussions.

Unlike Martin Stein’s accident, Ted Grant chose to become Wildcat. Using his fighting skills, the retired boxer fought crime and protected the streets he grew up on. He became a member of the Justice Society of America and later would train a young Bruce Wayne in hand-to-hand combat.

Though Wildcat may look middle-aged, he definitely has an AARP card in his wallet, ever since Ted was granted nine lives from Zatara. This allows him to heal from injuries quickly and resurrect if need be, in addition to slowing down his aging process. Lookin' good, kittycat! 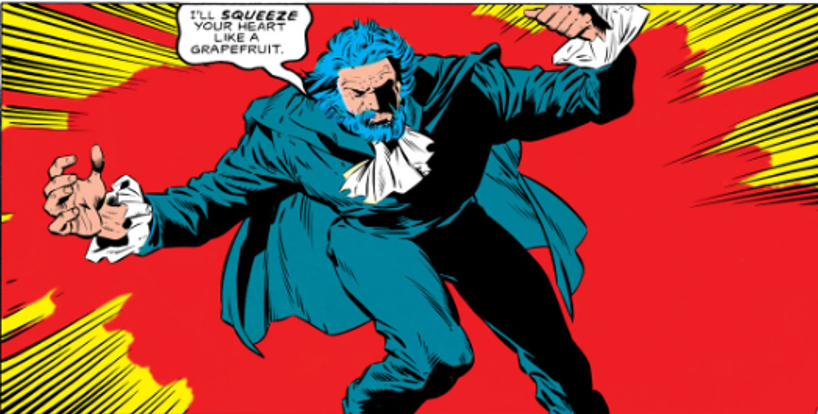 Heroes aren’t the only ones who make a significant career shift later in life. Vandar Adg went from prehistoric hunter to immortal Illuminati leader after encountering a mysterious meteorite. Changing his name to Vandal Savage, he really made the most of his life ruling civilizations, becoming a pirate, fighting in the old west, and fighting the Justice League -- all before he was 50,000 years old.

Savage has been a villain for his entire existence, but honestly, he should be a lot better at it by this point. He's credited as being Ghengis Khan, Vlad the Impaler, and even Jack the Ripper. There seems to be no slowing down for this old foe as he continues trying to take over the world, and even at times the multiverse. Way to stay active in your advanced years, Vandal! 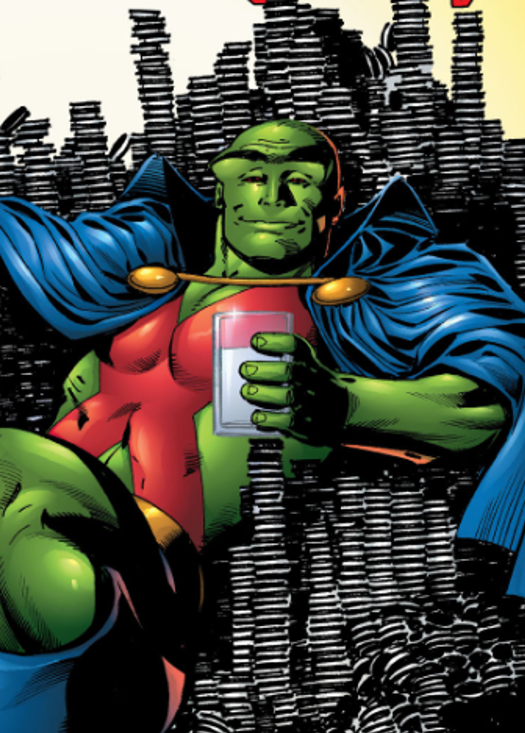 The oldest person on this list is also the greenest. J’onn J’onzz, aka Martian Manhunter, is over 225 million years old according to some sources! The secret to aging well must be lots and lots of Chocos, although the Martian DNA probably helps a bit.

By the time he was brought to Earth through both space and time by Dr. Saul Erdel, J’onn already had a wife and children, qualifying him for the Martian equivalent of middle-agedom. J'onn adapted to his new home by shapeshifting into police detective John Jones, helping the people of Earth without giving himself away. After joining the Justice League, he was able to show his true Martian form and properly protect his newfound home.

Strange has certainly lived several lives in his time before becoming a full-fledged villain. Young Hugo grew up in a rough area on the lower east side of Gotham. But he rose to great prominence in his field of psychiatry and became a professor at Gotham State University. Alas, he didn’t make tenure due to his insistence on inserting his genetic testing ideas into every single conversation. Learn to read the room, Strange!

Fortunately, Arkham Asylum overlooked this dismissal and welcomed him as the resident psychiatrist. His ideas didn’t change, and he was able to use the inmates in his experiments. His obsessions soon turned to discovering who Batman was and eventually becoming the Caped Crusader.

Who are YOUR favorite middle-aged characters? Tell us in our Community, and speak up so they can hear you!