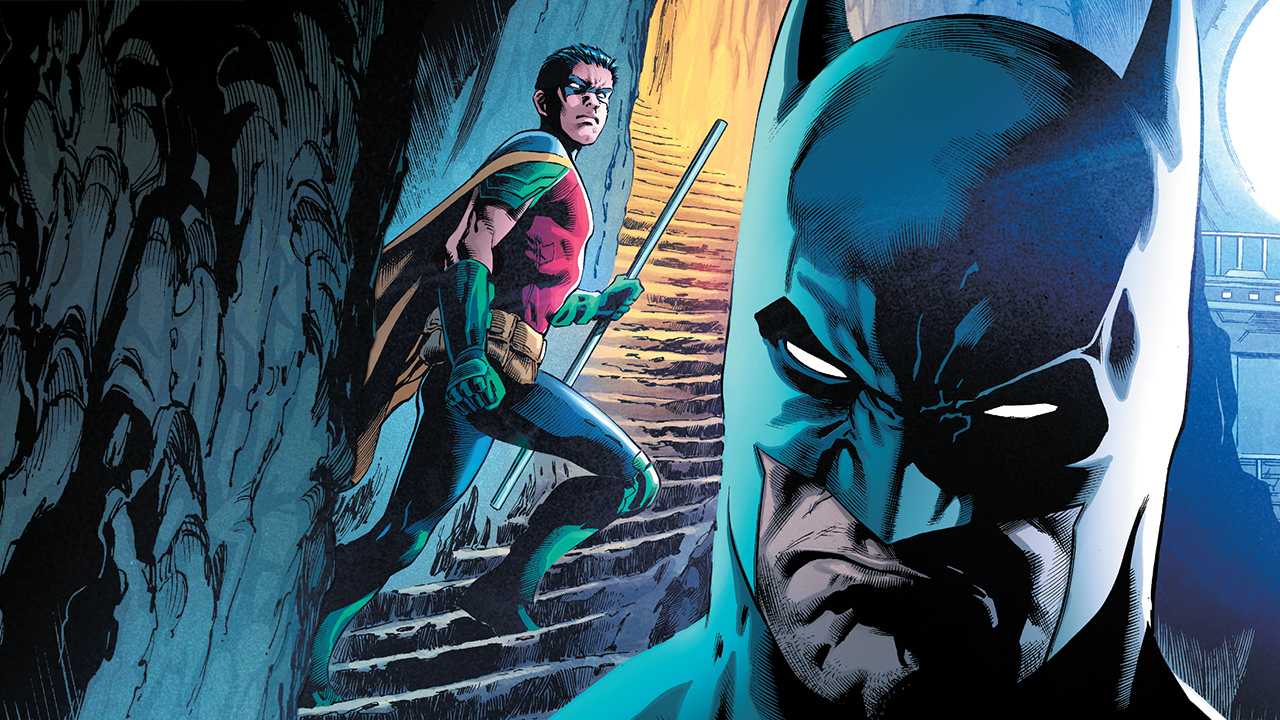 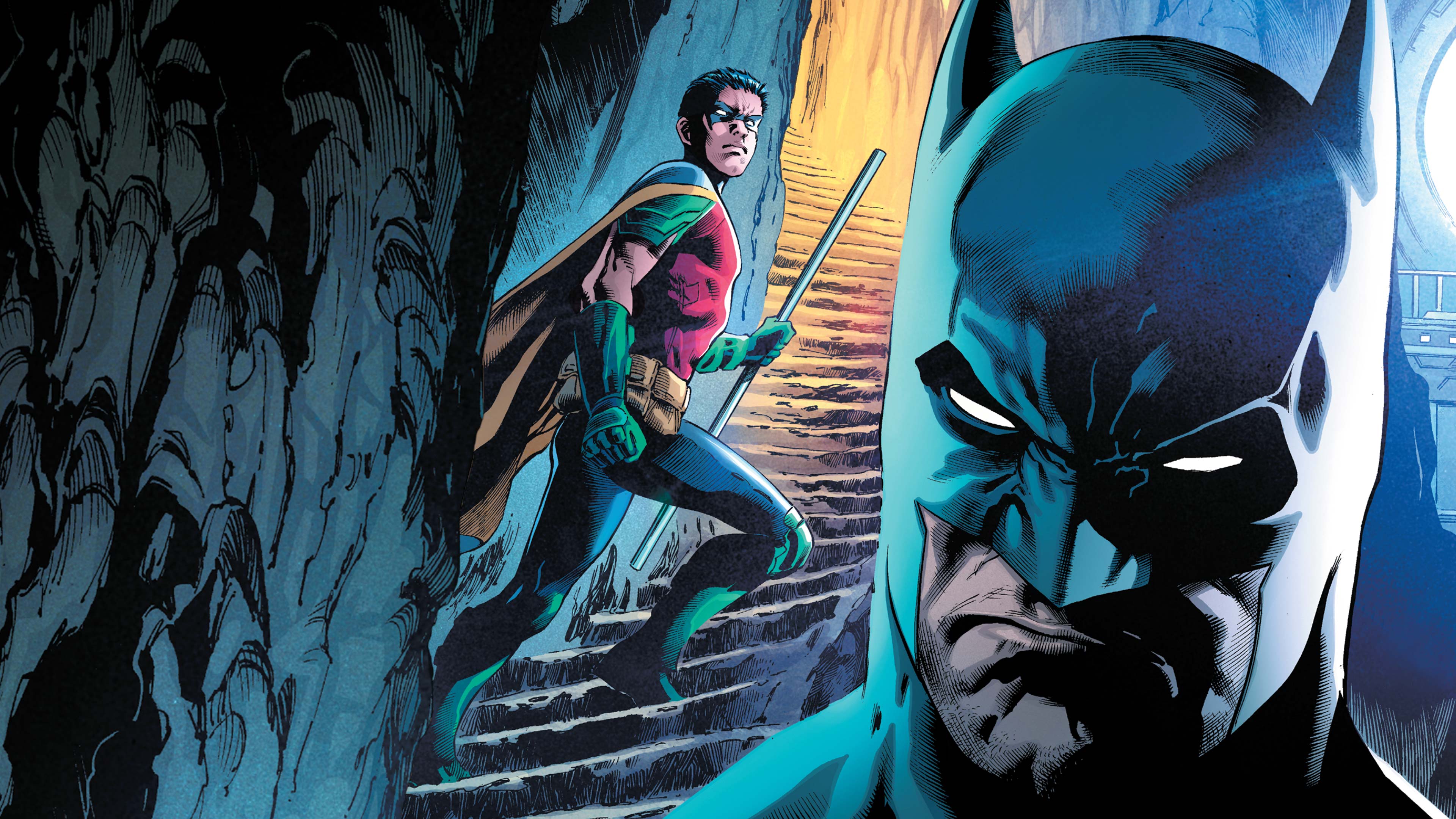 How to Be Fired as Robin

In the seventy-nine years since the character’s inception into the Batman mythos, Robin the Boy/Girl/Teen Wonder remains the most widely recognized ally in the Caped Crusader’s war on crime. Thanks to a host of different inheritors of the mantle and the creative minds that produced them, the future of this DC icon is set in stone – despite the many deaths, retirements and alternate universes which have threatened the oft-questioned need for a Robin.

But what if Batman simply grows tired of the kid? What are the instances of a partner who proves to be more trouble than they’re worth? What does it take for a Robin to get fired? With nearly eighty years of history in the rear-view mirror, it’s only natural that this question has been asked and answered in various scenarios. So let’s travel through the most memorable times Batman has fired (or almost fired) an errant Robin! 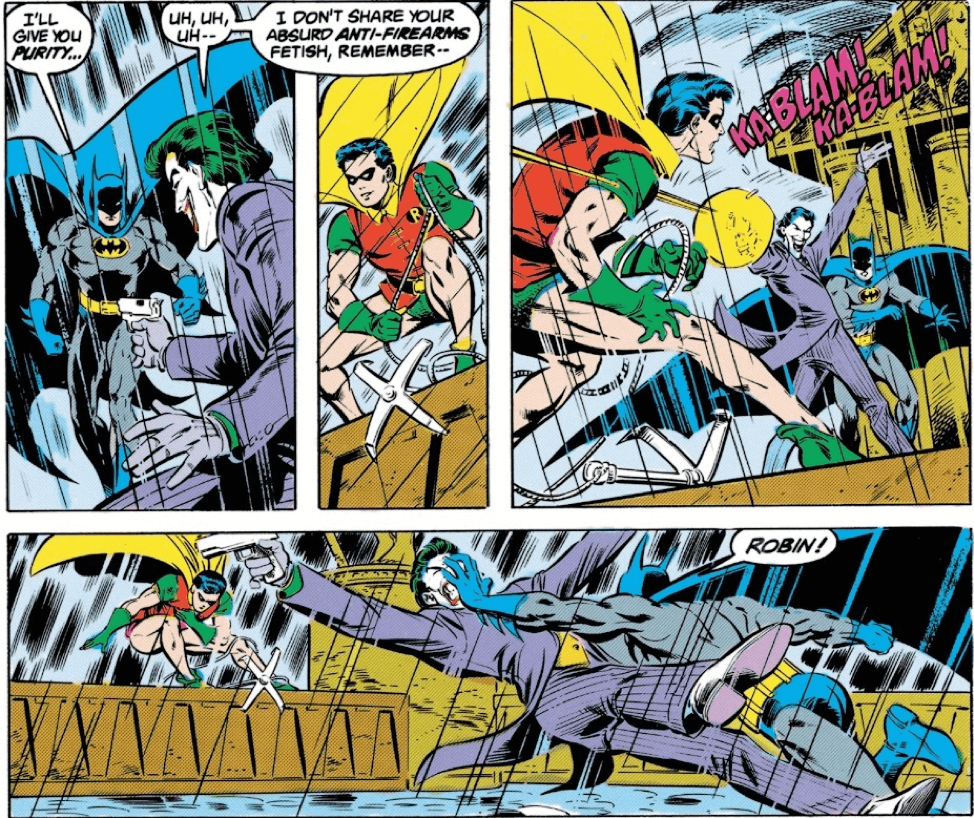 In ‘Batman’ #408, the story of Dick Grayson’s final adventure as Robin is re-told in a flashback story set three years prior to the then-current issues. The story, titled “Did Robin Die Tonight?”, opens in the rain with the Dynamic Duo about to apprehend the Joker. Suddenly the Clown Prince gets a shot off and blasts the Teen Wonder right through his shoulder. Despite managing to save himself from falling from a building ledge, Robin’s near-death shocks and shames Batman. Later, while Dick recovers from his injury, Bruce makes an executive decision and removes him from active duty as his partner. A brief panel indicates his future as Nightwing, and while later installments (including a story mentioned down the line) embellish the split of the original Batman and Robin team, this was the first instance of Robin’s role getting actively terminated from Batman’s operations. 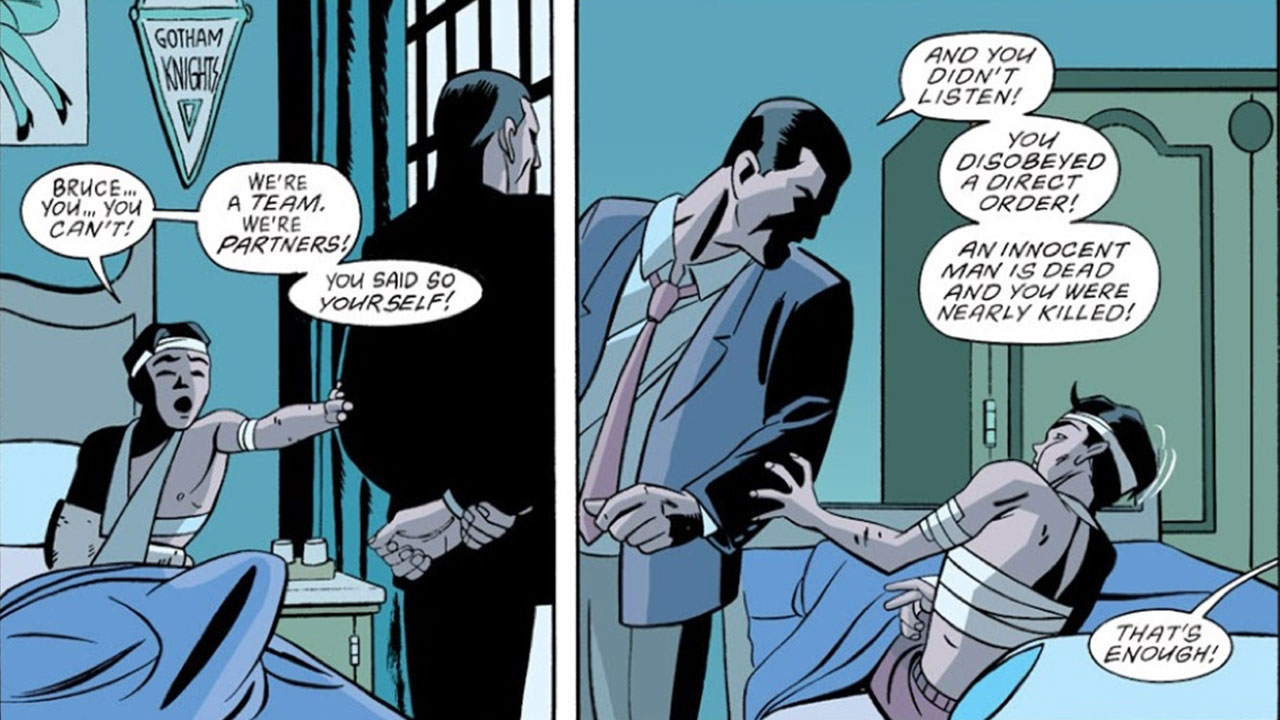 In ‘Robin: Year One’ #3, the Caped Crusaders are on the hunt for Two-Face, one of Batman’s most unpredictable foes. It’s that deadly edge that worries Batman when he decides to bring Robin in on the case. Unfortunately, Two-Face tricks them both and sets up the Boy Wonder in a no-win scenario where Batman and a Gotham City attorney are under the threat of hanging from a noose. Robin tries outwitting Two-Face but fails to guess the former DA’s mania, resulting in the attorney’s death. Two-Face then beats Robin with a bat, forcing Batman to watch for the length it took to free himself from his bonds. Batman saves Dick just in time, but the damage is far worse than physical. Bruce fires Dick as soon as he wakes up from his injuries for failing to heed his warning about Two-Face. With this being a ‘Year One’ origin story, surely Dick’s crime-fighting career wasn’t over that early before it began in earnest. Was he able to redeem himself and get back to fighting by Batman’s side? You’ll have to read the rest of Robin: Year One to find out! 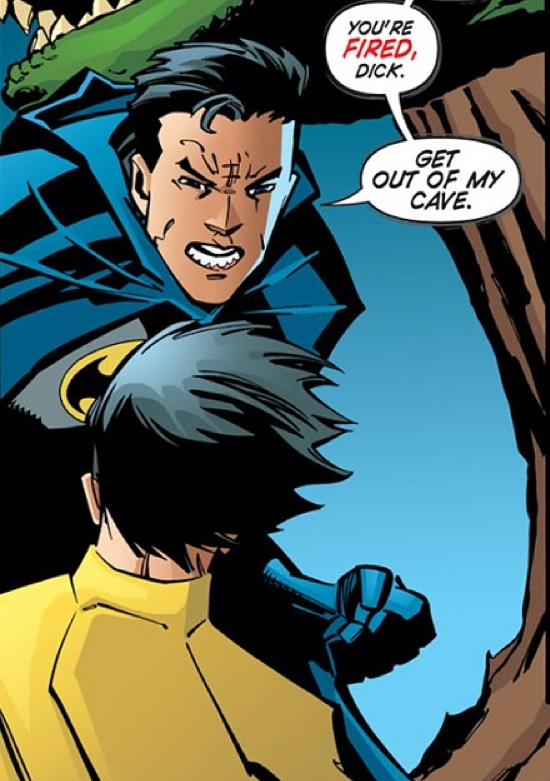 From one ‘Year One’ story to another, writers Chuck Dixon & Scott Beatty retold the final fallout between Bruce and Dick in ‘Nightwing’ #101 which kicked off the ‘Nightwing: Year One’ storyline. By this point, Dick is established as leader of the New Teen Titans. It’s that duty that has kept him away from Gotham City, ticking off Batman as a result. During a rescue mission involving Clayface, Robin arrives late and pursues Clayface solo. It’s an expression of independence and lack of consideration of Batman’s needs that expresses his newfound adulthood. As Dick says in his voiceover, it was something both he and Bruce knew would be coming for a long time. Unfortunately, that gives Batman little comfort, who throws Dick out of the Batcave as soon as fast as he can. Bruce says that Robin is meant to be his second lieutenant, and claims that if Dick cannot commit to him, he cannot commit to the role. (In fairness, if saving the world with other superheroes isn’t committing to the role, I don’t know what is.) Dick would need a new outlet for his own war on crime. A new persona to honor his parents, his upbringing and his new sense of personal identity. How would he settle on Nightwing? Read ‘Nightwing: Year One’ to see for yourself! 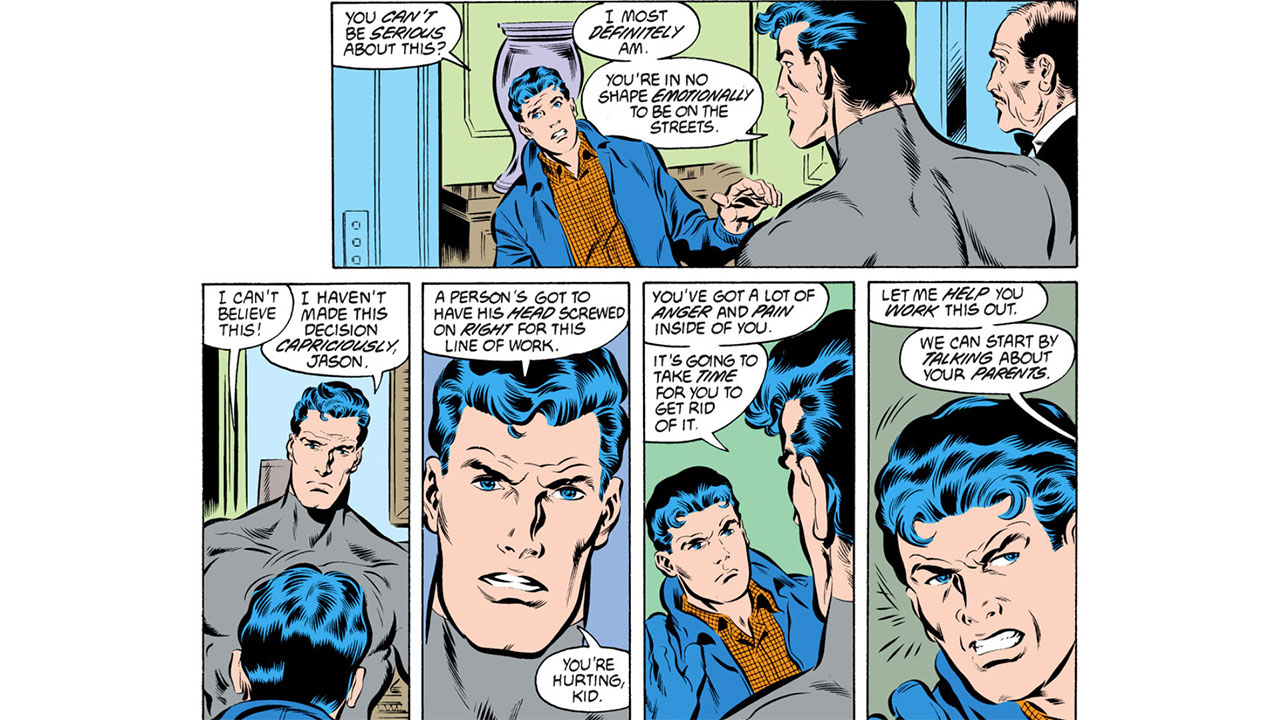 One of the most famous cases of a screw-up Robin is Jason Todd. In ‘Batman’ #426 (part one of “A Death in the Family”), Jason jumps the gun while he and Batman are awaiting the police to arrive at the site of a pornography ring. Though he manhandles the crooks with no sweat, the level of violence and recklessness solidifies a concern Batman has had for some time. Bruce later consults Alfred about Jason’s mental state, to which Alfred suggests that their ward still hadn’t yet come to grips with the deaths of his parents. Realizing that his mental and emotional state was endangering their operation as Batman and Robin – not to mention his life – Bruce resolves to take Jason off of active duty that moment.  Jason overhears this and protests but is powerless to change Bruce’s mind. Unfortunately, the Dark Knight would have to get used to not working with a partner for the time being sooner than he realized…

5. Playing into the Villain’s Hands 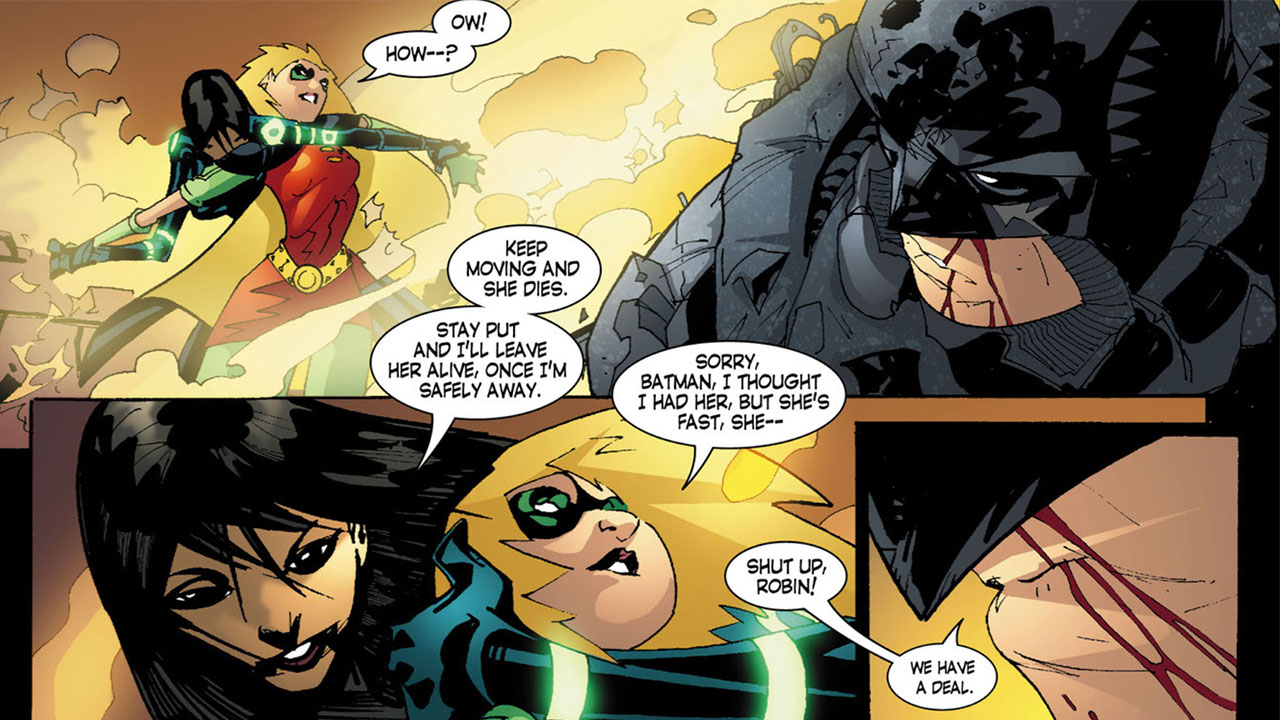 Generally, Batman fires his Robins if they step out of line, they pose a danger to themselves and others, or underestimate their opponents. With Stephanie Brown in ‘Robin’ #128, it was a case of all three scenarios at once. During her brief time as the Girl Wonder, Stephanie and Batman tracked down a cyber-assassin called Scarab. Batman insisted on tackling Scarab alone, as she’d proven to be a formidable foe. Despite wearing battle armor, Batman is quickly outmatched and even blinded. Stephanie – waiting in the Bat-Plane – resolves to help him and arrives in time to get promptly captured by Scarab. With Batman at her mercy, Scarab takes Robin and the Batplane and uses both to help her escape. A week later (after Batman regained his eyesight), Batman informs Stephanie that because of her disobedience which was a condition of the agreement they made in order for him to begin training her, she’s fired. Stephanie resumes her role as the Spoiler, and later gains a new mantle in the form of Batgirl, but that’s for another time…

In conclusion, the conditions upon which avoiding getting fired as Robin are as follows:

It says something that the various Robins all have distinct personalities, yet most of them have gotten themselves reprimanded at one point or another. It’s just as well, you never know which one could be fired at any moment. Watch out Damian!

Which Robin is your favorite? Talk about it in our Community!