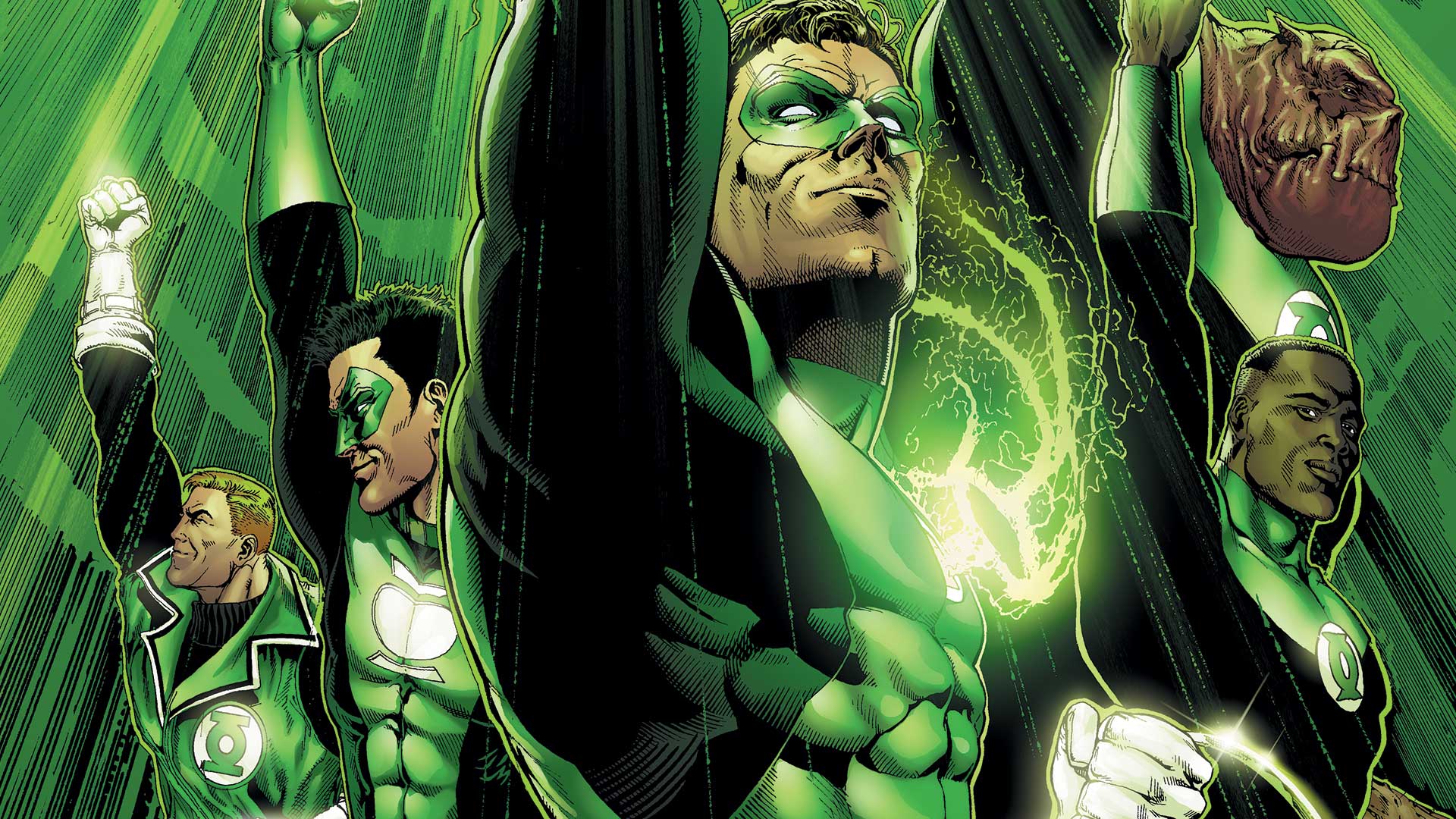 The History and Impact of GREEN LANTERN: REBIRTH

In brightest day, in blackest night... Although Hal Jordan had been DC's primary Green Lantern since first hitting the scene in 1959, by the early '90s, the course of history had left him in the dust. As Superman, Batman and Wonder Woman were, at that time, all replaced with newer, younger heroes in their respective roles, so was Green Lantern. Though Earth had seen several other Green Lanterns assigned to it, during Hal's tenure as the protector of Sector 2814 -- notably John Stewart and Guy Gardner -- Hal was always still around in some form or another, lighting the way. What DC now had in mind was far more permanent. Something that wouldn't be changed until 2004's Green Lantern: Rebirth.

Hal's life had changed as a result of 1993's "Reign of the Supermen" storyline, in which his home town of Coast City was destroyed by one of the four substitute Supermen who appeared following the death of the Man of Steel. He petitions his bosses, the Guardians of the Universe, to use their power to bring it back, but they refuse. Jordan then loses his marbles, kills most of the Green Lantern Corps, takes the power of their Central Battery for himself, and becomes the villain Parallax. The last surviving Green Lantern ring goes to hip young graphic artist Kyle Rayner, and he becomes the universe's sole Green Lantern. Hal would even become the central villain of the epic event series Zero Hour. Needless to say, for many fans, Hal's sterling 35 year reputation was forever tarnished.

Kyle Rayner proved to be a popular hero, but Hal's shame always loomed large over the former's tenure as Green Lantern. Hal's good standing in the DC universe was rescued somewhat, when he saved Earth in 1996's Final Night series, dying a hero in the process. After that, his soul bonded with that of the supernatural avenger the Spectre, and he even got his own ongoing series again. But Hal Jordan was such an "Atomic Age" hero, that coupling him with the macabre Spectre seemed to many like an ill fit. Could anything be done to fix Hal Jordan as a character? 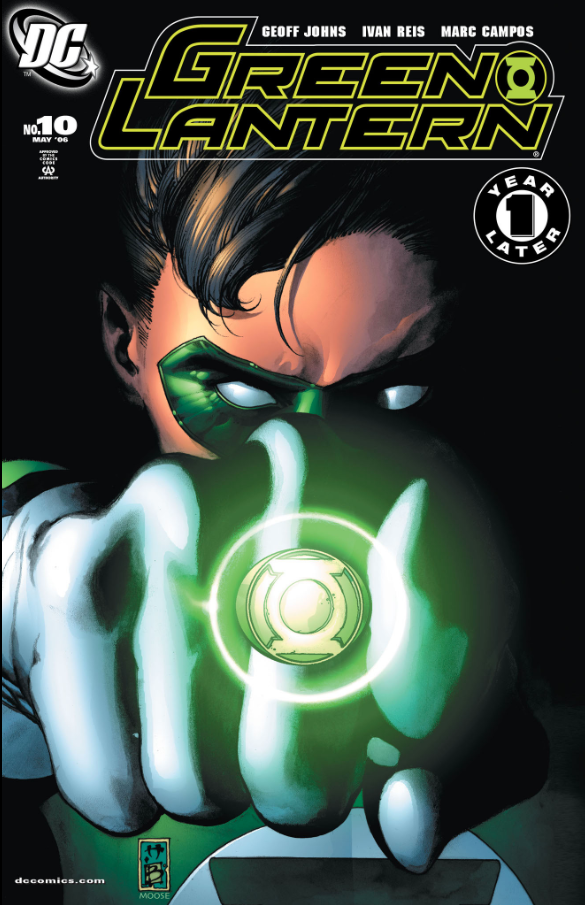 Enter writer Geoff Johns. Already having become a star at DC with his runs on Stars and S.T.R.I.P.E., JSA, The Flash, and Teen Titans, Johns turned his attention to returning Hal Jordan to his status as DC's premiere Green Lantern once again, after a ten year absence. He accomplished this with the 5-part limited series Green Lantern: Rebirth, illustrated by Ethan Van Sciver. Instead of ignoring everything that had happened to Hal over the previous decade, he wove those events into a story which not only redeemed Hal Jordan, but expanded the Green Lantern mythology in ways that Johns would spend the better part of the next ten years exploring. But it all began in the pages of Rebirth.

In this story, Kyle Rayner discovers the truth about who and what Parallax really is. It turns out it's not just a cool new name Hal Jordan took on when he became a villain. He discovers Parallax is a fear entity that was created at the dawn of time, and that eons ago, the Guardians imprisoned him in the Central Power Battery on Oa. This entity, which exhibited the yellow light of fear, is what caused the impurity in the Green Lantern's power rings against the color yellow; something only those with great willpower could ever overcome. Awakening after centuries, the Parallax entity possessed Hal Jordan, and made him do all the terrible things he did. With that, Hal was absolved of his earlier crimes, and many a fan rejoiced.

By the end of Rebirth, Hal is divorced from the Spectre, and brought back to life once more as a mortal man...and a Green Lantern. Rebirth restored many classic elements of the Hal Jordan mythos, as it brought back his friendship with Green Arrow Oliver Queen, his life as a test pilot for Ferris Aircraft, and his arch-nemesis Sinestro. Johns did it all seamlessly, without erasing what had come before. He also restored other long-removed elements of Green Lantern mythology, like taking away Guy Gardner's alien powers and making him a Lantern once more, and the Green Lantern Corps a vast interstellar organization again. 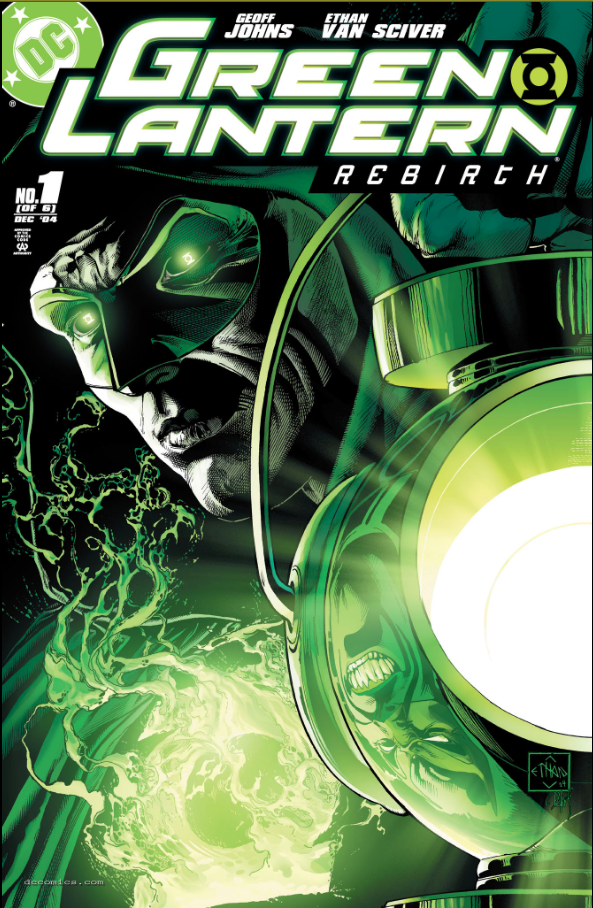 But Rebirth didn't just restore old elements of the Green Lantern mythology, it created new ones that became integral to the franchise's future. The seeds for what many consider the greatest Green Lantern run of all time were planted here, as the first hints of the larger emotional spectrum were introduced by Johns in Rebirth. An emotional spectrum that would later include representatives in the Sinestro Corps, the Star Sapphires, the Blue Lanterns, and the Indigo Tribe. Rebirth was but phase one of a series of epic Green Lantern tales that would include "The Sinestro Corps War" and "Blackest Night". Simply put, in terms of the overall Green Lantern mythology, there is before Rebirth, and after Rebirth. It was that big of a shake-up for the character.

Maybe most importantly though, Rebirth solidified Geoff Johns as the writer who could "fix" any long-running character or concept that was deemed as having been damaged by versions that fans didn't warm up to, and who could embrace a character's entire history while moving forward into the future. Five years later, the Barry Allen version of the Flash would return after a very long absence in The Flash: Rebirth limited series, also written by Johns. But none of these things would have even been made without the game changer that was Green Lantern: Rebirth.

Are you a fan of Green Lantern: Rebirth? Let us know in our Community!