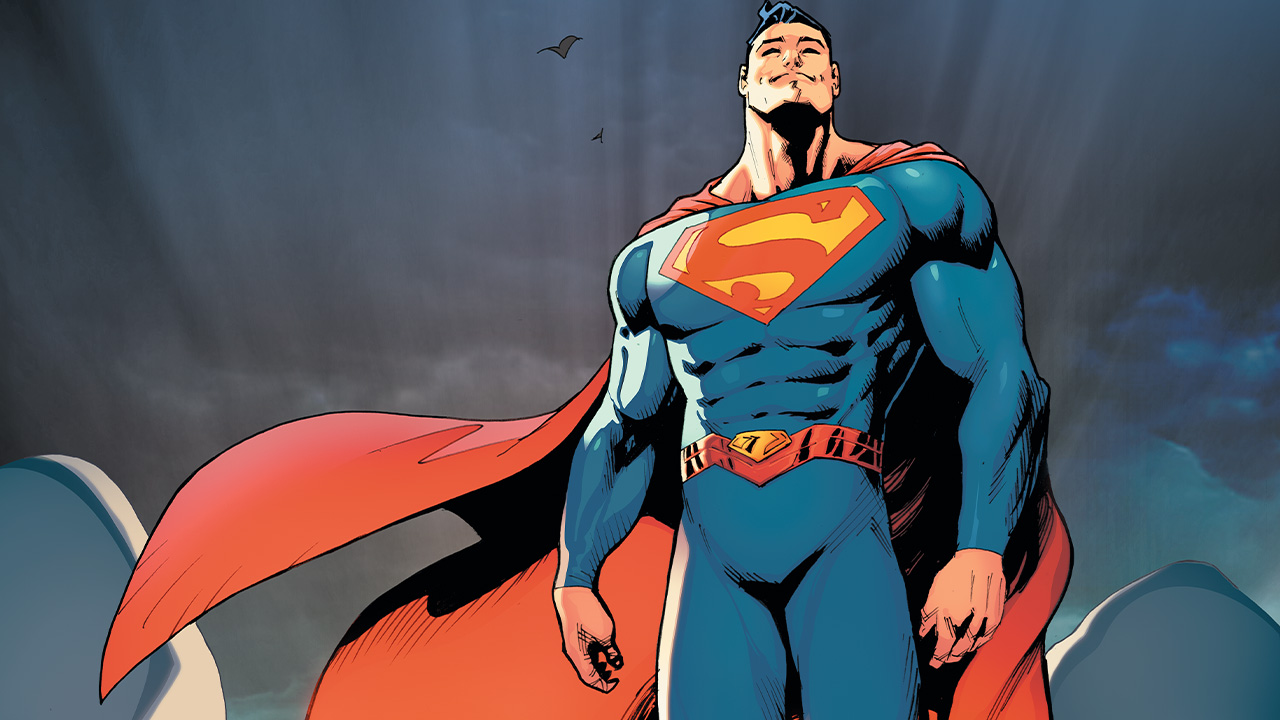 Here They Come to Save the Day: 5 Villainless Stories of DC Heroism

The DC Heroes have become icons in part because of to their amazing powers, their colorful villains, and their unique origin stories. But perhaps the chief attribute that all DC heroes share is their desire to do good, to help others, and to inspire kindess. In these stressful times, it's comforting not only to return to these heroes but to remember the moments they saved the day when there was nary a supervillain in sight. Here are 5 heartwarming moments that remind us we all have the potential to be a superhero...

In Superman #64 (1987), we see the Man of Steel fly down to the Metropolis Post Office each Christmas and read hundreds of bags of letters addressed to him from people all over the world -- a job he looks forward to the least in his never-ending battle. Here, Lois Lane bears witness to this yearly tradition. Among the many letters include people hoping to strike it rich with Superman’s abilities to squeeze coal into diamonds and search for oil. Others see people asking Superman to perform the impossible such as preventing a family member from dying of cancer. Still, whenever he happens upon a request that can be done with the gift of his powers, Superman gives it his all. In this issue, Superman reunites two sisters decades after they were separated in the Auschwitz prison camps. Later in the issue he’s able to provide a heart to a woman desperately needing a transplant. The story ends with Superman giving the underprivileged children of Metropolis dozens of presents, curtesy of Santa Claus himself – with some help from Professor Hamilton and Bruce Wayne. It’s an emotional issue, showing that the needs of the world don't always require Superman's strength and heat vision. Sometimes, it only needs him to listen to those in crises of all kinds.

2. Flash and Superman Race for Charity 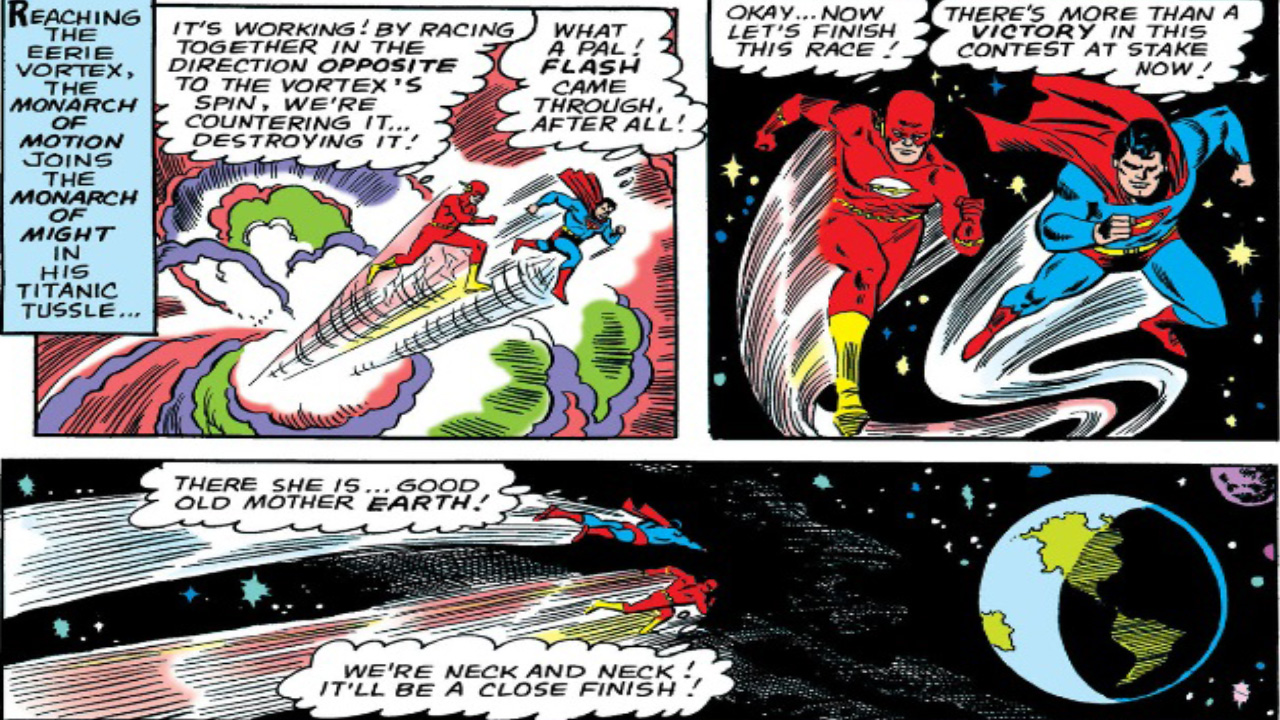 The races between the Fastest Man Alive and the Man of Steel are a DC Comics tradition, dating back to the late 1960s in the Flash title. Often done for charity, there have been times when super-villains have tried to take advantage of the Justice League members’ speed, such as in The Flash #175 when aliens force the two into a rematch because they weren’t happy that the previous race ended in a draw. Other times, like in World’s Finest #198-#199, the heroes race for the fate of the universe. Still, the tradition of using their speed for simple charity  is the reason in many iterations, such as the Superman: The Animated Series episode “Speed Demons”, where we first meet the DCAU version of the Flash.

3. The DC Heroes Help the World after Superman’s Death 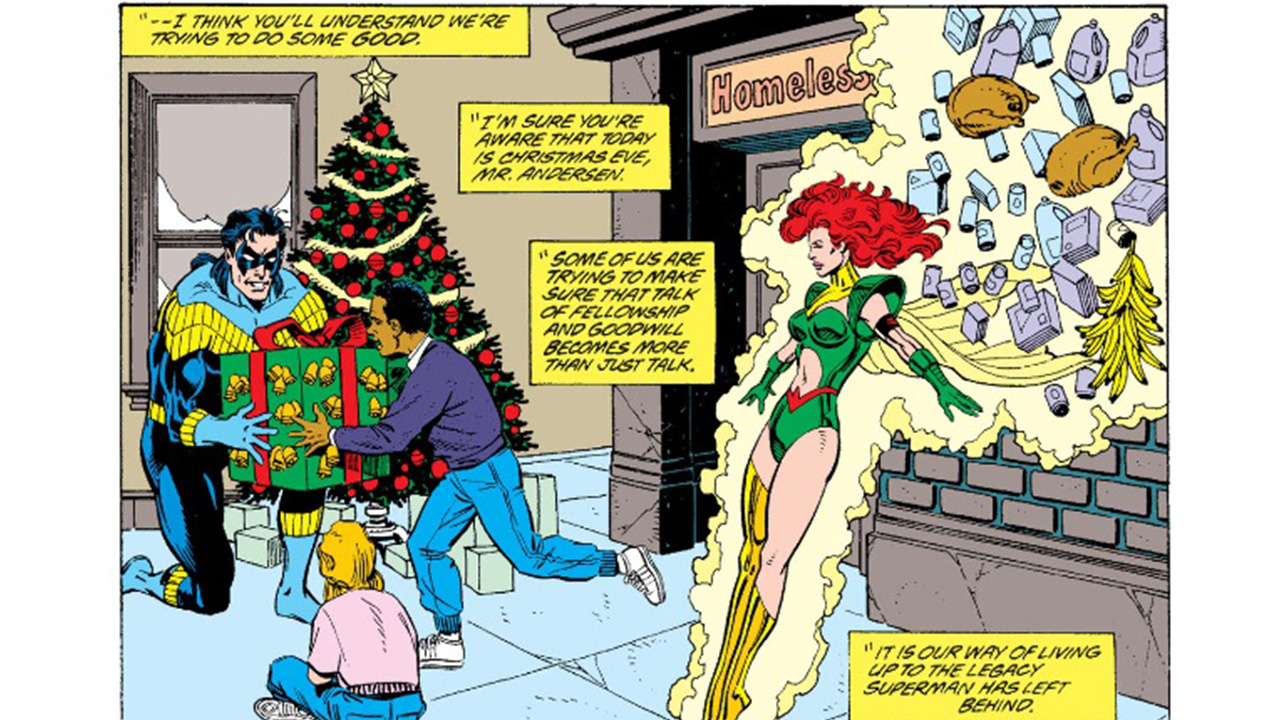 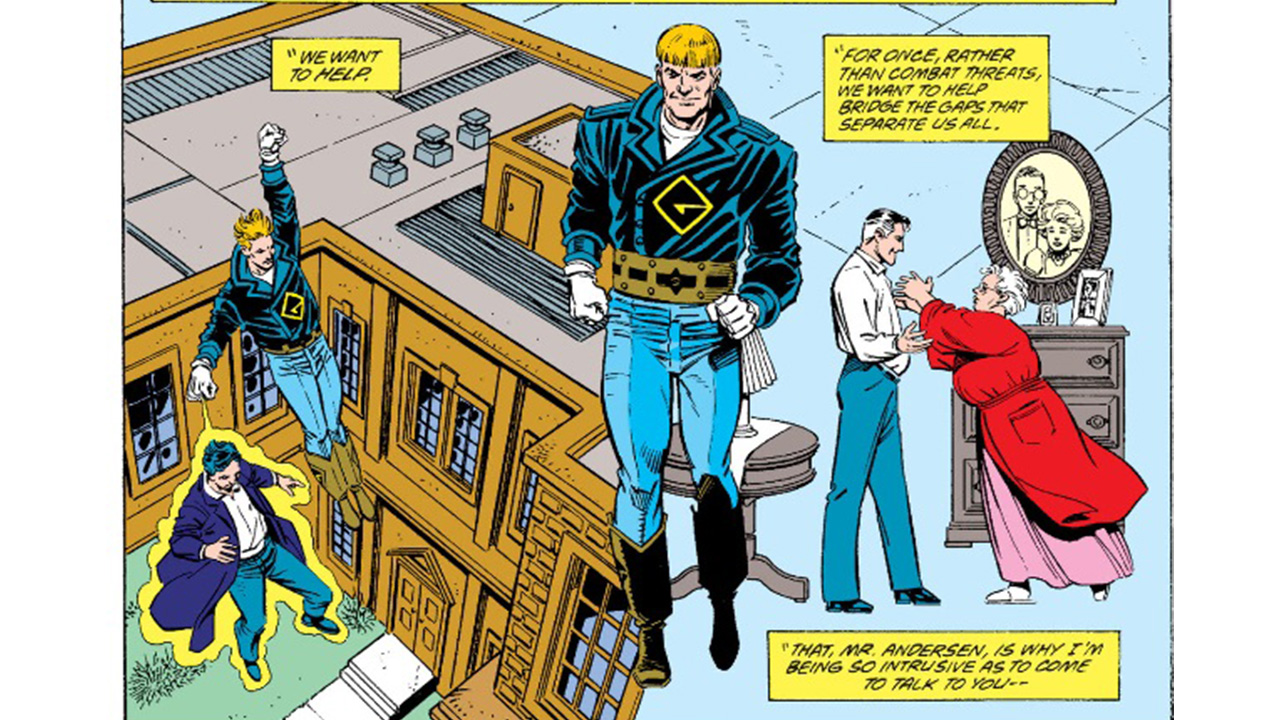 In the wake of Superman’s death at the hands of Doomsday, the tradition of his Christmastime letter answering was left unattended to. After the funeral, the DC Heroes convened to honor their fallen friend in the best way they knew how, by carrying out his one major act of kindness that had nothing to do with fighting Luthor or the Parasite. This led to the heroes discovering his year of unanswered mail and seeking out ways to help the people who needed him the most. Flash and Green Lantern reconstruct the house of the single mother after her home had been demolished by the fight with Doomsday. Guy Gardner reunites lost family members, while Wonder Woman seeks out the father who abandoned the mother and her two children. It’s an issue that deals with the grief of Superman’s sacrifice but shows how he left the world a better place with its heroes influenced by his example. 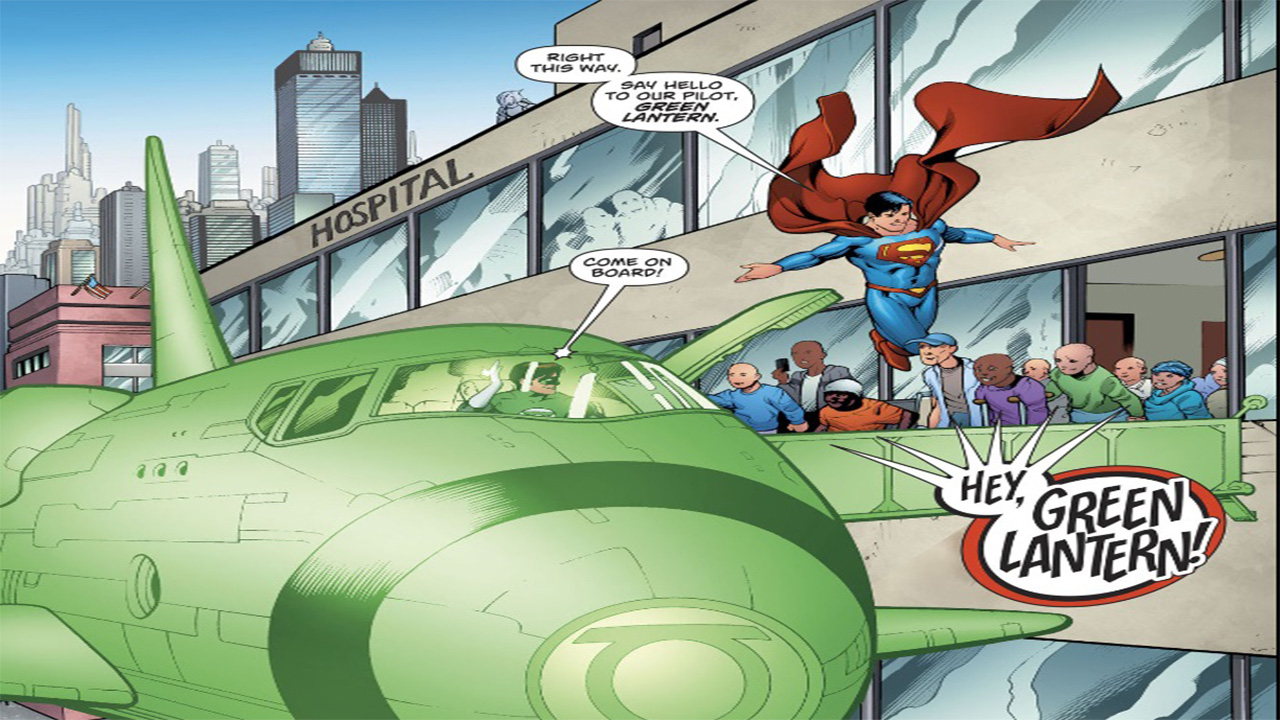 In Superman #39, a group of kids from the Metropolis Cancer Center bear witness to a fight outside the building between Superman and some D-list villains. The Man of Steel later returns with Green Lantern in tow to give the kids a look at their world…all the way in outer space from the Watchtower! There, the kids hang out with the World’s Greatest Heroes, and go on a one-of-a-kind scavenger hunt that, includes trying to make Batman smile.

The Justice League recognize their influence on young children, especially those dealing with life-threatening diseases that are just as deadly as the dangers they regularly face. Bringing the kids together and giving them the chance to explore the side of being a superhero that’s fun and enjoyable underscores the wish fulfillment embedded in every superhero comic book.

In the Eisner-Award winning All Star Superman #10, Superman is in the midst of preparing for the future, knowing he has little time on Earth left after discovering that he is dying. While compiling his Last Will and Testament, Superman hears a doctor desperately talking to a young girl named Reagan, who's perched on the edge of a tall skyscraper and ready to jump.

What follows is one of Superman's most iconic moments. To this day, fans constantly refer to this single-page sequence of Superman utilizing none of his physical abilities to save the day, but his kindness and empathy. Reaching out to those throughout the world in their darkest hour, it’s moments like these that show why the DC Heroes are more than just the sum of their super-powered parts.

What's your favorite act of kindness from a superhero? Let us know in our Community!