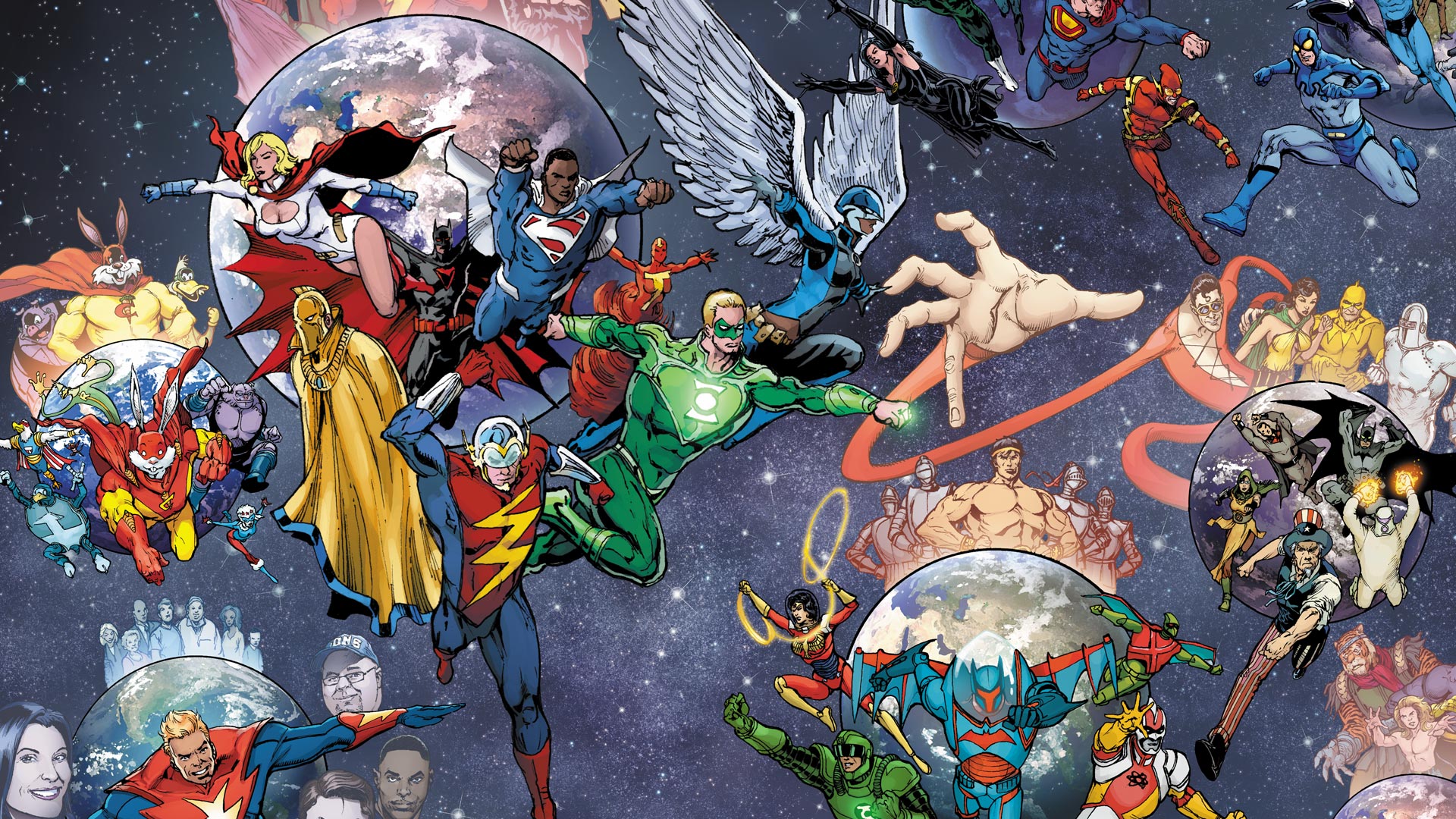 Guide to the Multiverse: How to Tell the Difference Between "Prime Earth" & "Earth Prime"

Okay. Listen closely, because we’re only going to explain this once. It’s really not that complicated. Just follow along, and don’t lose your place..

So, the DC Universe is not technically a “Universe.” It’s an umbrella term that actually describes a “Multiverse” made of multiple universes, each one representing a different self-contained version of reality. Most of them are variations of each other, representing different versions of the same stories. Some are totally different. They all have different numbers and designations to help you tell one from the other. How many universes are in a multiverse? Infinity. Maybe you heard there were “52” universes at some point, and we may have assumed that was the case between, say, 2007 and 2015, but that was a concept born out of convenience, to help one wrangle with the concept of alternate worlds. 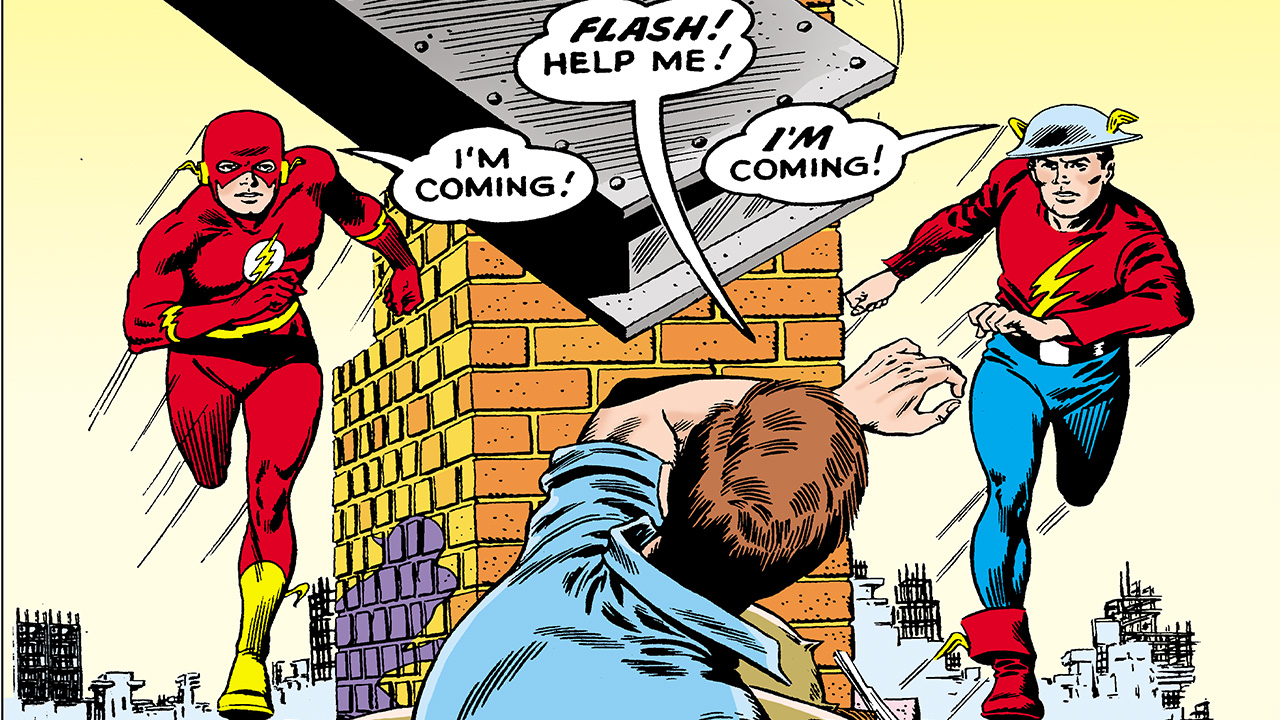 The “Main” Earth, the one that the vast majority of stories set in the DC Universe takes place in, used to be called Earth-One. That designation was given to it in 1961’s The Flash #123, which designated all the old Golden Age stories that no longer fit with the Silver Age version of events. Kind of a bum deal that the older Earth has to be Earth-Two, but whatever. We’re not going to be here telling the main glut of stories in “Earth-Two,” that makes it sound inconsequential. So Earth-One it is. There were a bunch of other numbered Earths from there. Nazi Earths, alternate history Earths, Earths acquired from defunct comic book publishers. One of the most popular ones was “Earth-Three,” where Earth-One and Earth-Two heroes would fight evil versions of themselves. Good clean reality-hopping fun was had by all. You get it, right? You watch Rick and Morty. 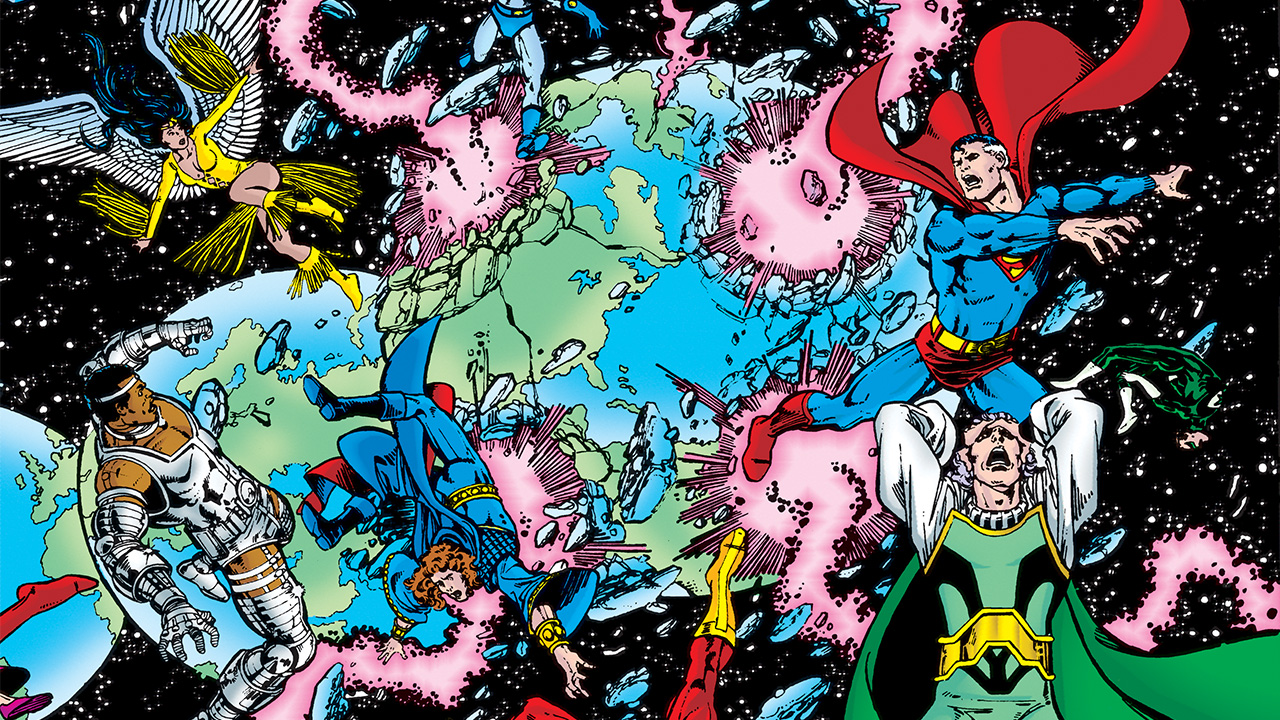 Then Crisis on Infinite Earths happened, and they all got condensed down to one Earth. No more multiverse. That Earth became known as “New Earth,” because it’s where the new stories, took place, natch. Always a dangerous proposition to call something “New,” though, because after a while it’s not gonna be new anymore. But you know, whatever. Too late to rewrite history. New Earth it was, and there were no alternate universes, and things were simple again. 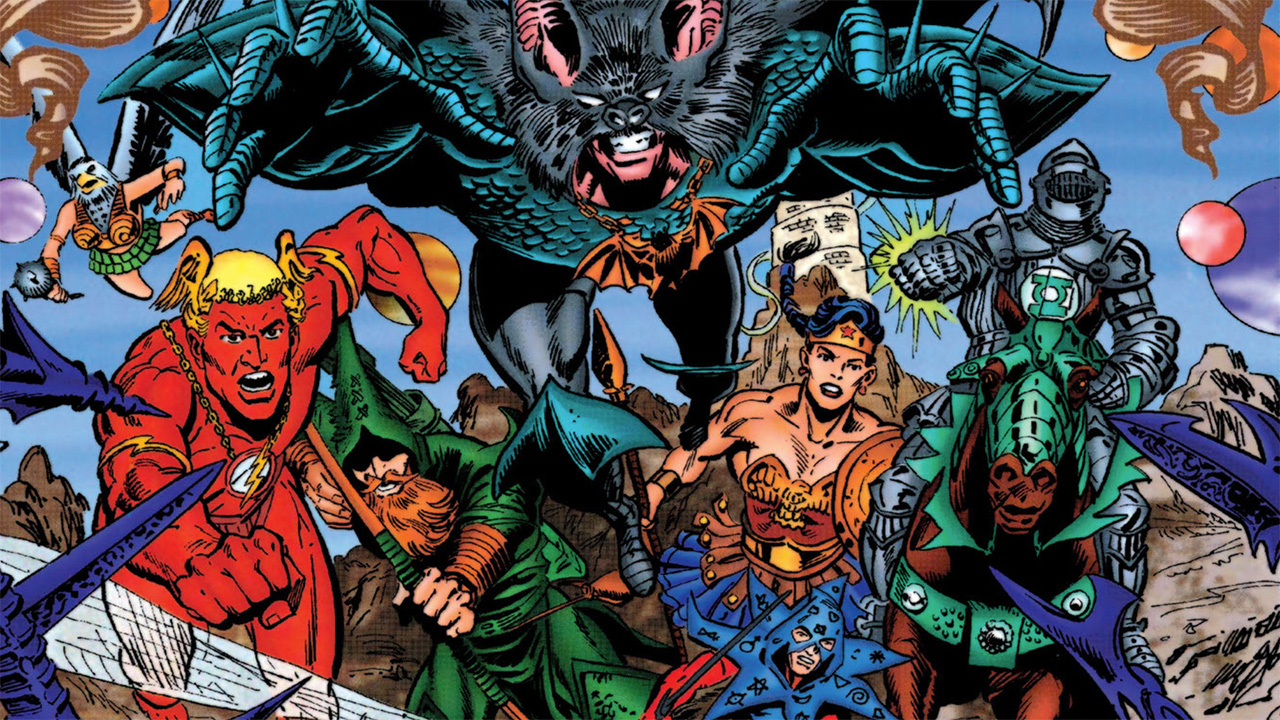 Except they weren’t. Stuff like undesignated “pocket universes” started cropping up within a year of this deck clearing. DC still really liked the “Evil Doppelganger Earth” idea but couldn’t use “Earth 3” anymore, so that became the “Anti-Matter Universe” on the flipside of the regular one. Things like the “Elseworlds” and “Tangent” imprints showed up to tell alternate stories of entirely different versions of the DCU, never you mind how they fit into modern DC cosmology. They were just “imaginary stories,” as similar continuity-unfettered reimaginings were designated during the Silver Age when creators didn’t want to bother making up a whole new Earth. Though they often became their own Earths anyway, as designated by reference and source books and such. That’s a separate conversation on how comic book culture has fostered the expectation to explain and classify every flight of fancy, but hey. People like things to be in order. That’s really the whole -- right, sorry, sorry. Like we said. Different conversation. 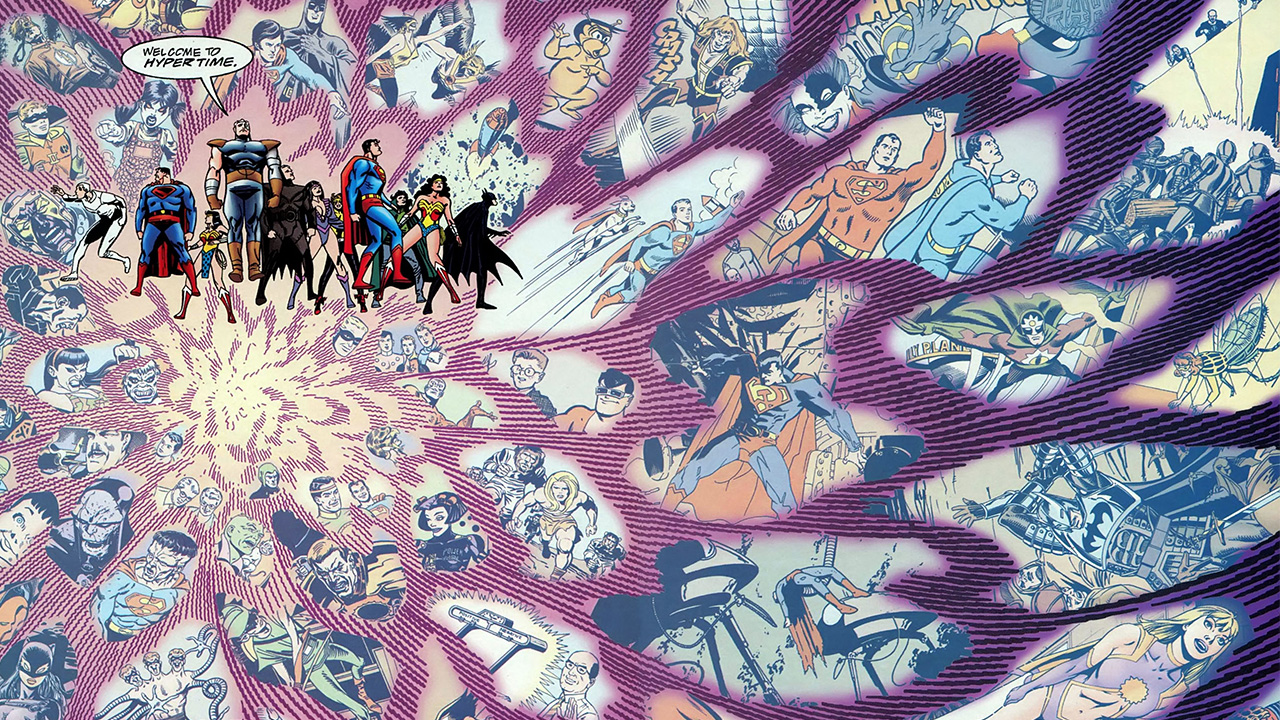 In 1999, writer Mark Waid put forward his own proposal on how to have a bunch of alternate universes without having to use a Multiverse by putting forward the concept of Hypertime, as first seen in his Kingdom Come sequel The Kingdom. The idea of Hypertime was that there was one universe, but with an infinite number of branching timelines where events unfold in different ways. Sounds a hell of a lot like a Multiverse to us, but let’s keep splitting hairs. 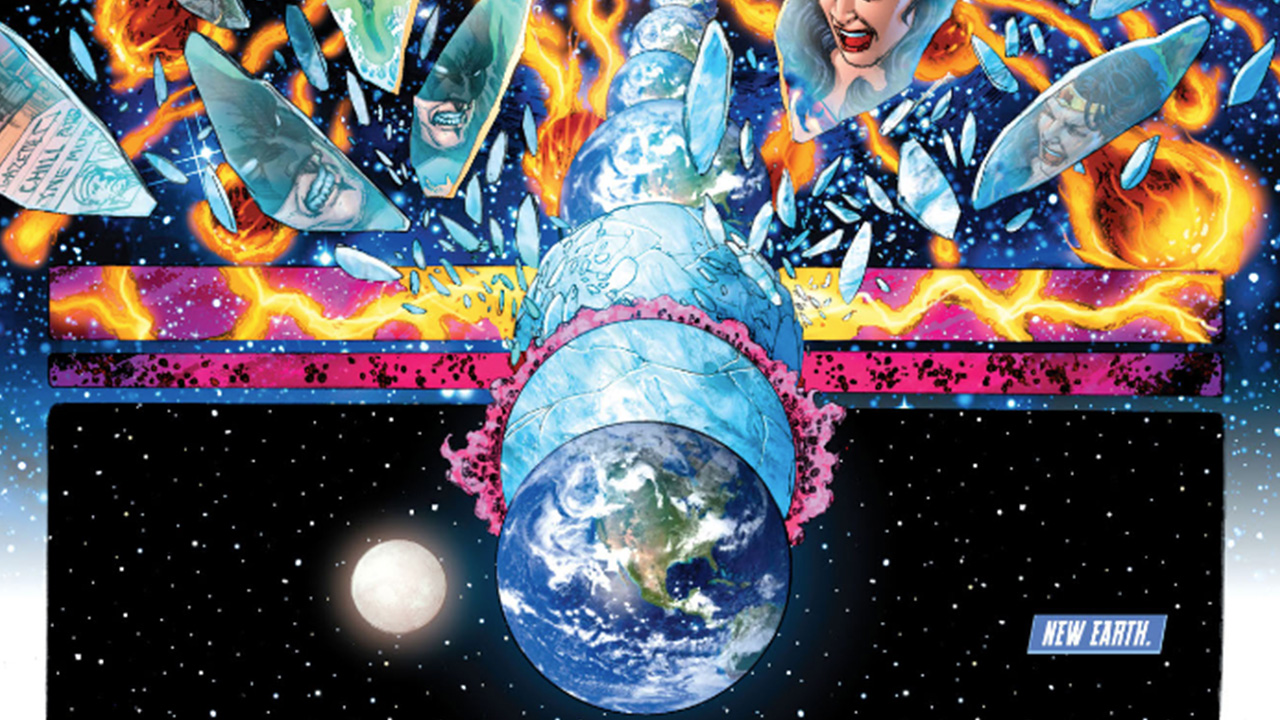 DC must have ultimately arrived at the same conclusion, because after 2005’s Infinite Crisis the Multiverse was BACK, BABYYYY! They explained this with some revelation in 52 that Shazam villain Mister Mind had gone back in time turned into this huge cosmic moth and chewed through the fabric of reality, but the truth was the old Multiverse never really left. “New Earth” was now “Earth-0,” the world at the center of the Multiverse. A lot of the old designations came back. “Earth-2” was still the olden Golden Age Earth-Two. “Earth-3” was the evil universe again, instead of the Antimatter Universe. But there were only FIFTY-TWO OF THEM, and THAT’S IT. What was Earth-1? Don’t worry about it. 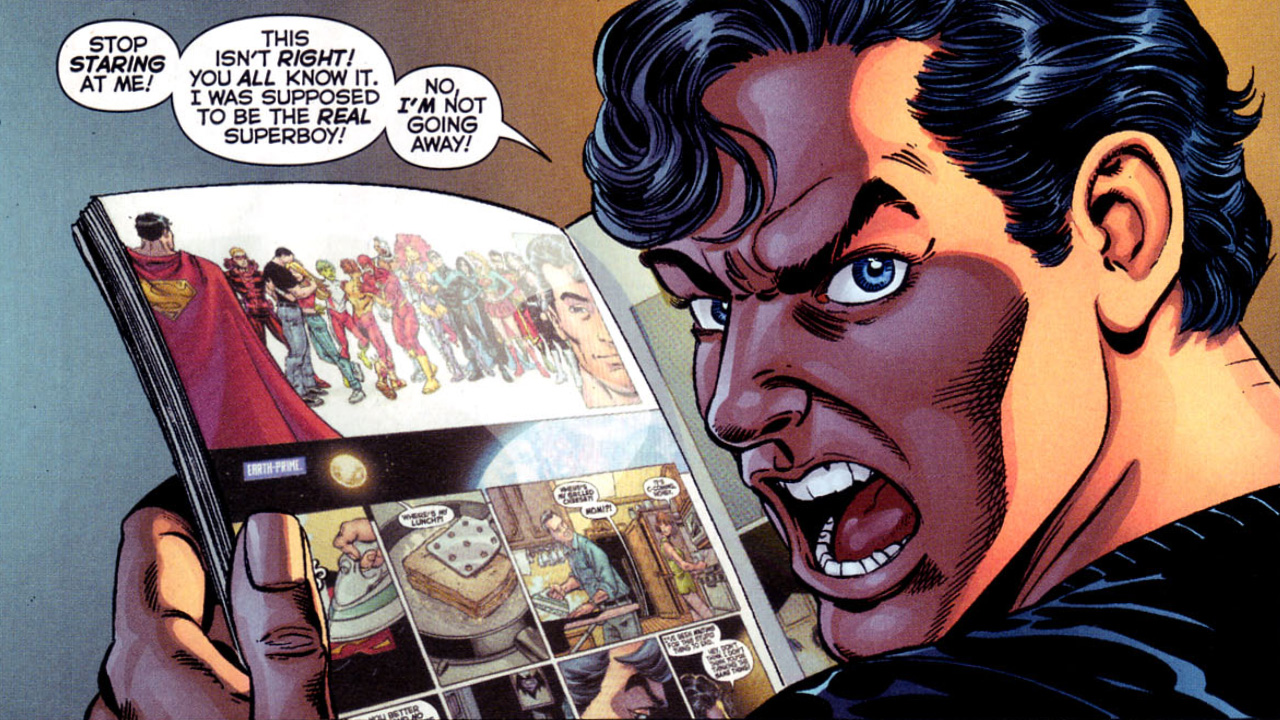 There was one other Earth, though. One that existed and persisted through all of this deck reshuffling, with minimal alteration: Earth Prime.* That’s OUR world, the world where you’re reading this totally not confusing and straightforward article right now. This world, our world, actually has its own Superman, but he left a long time ago and went kinda nuts. Please feel free to join us in not talking about him!

We bring this up now because after Barry Allen, the Greek mythological figure of Pandora, and (apparently?) Doctor Manhattan from Watchmen alter reality in 2011’s Flashpoint, the universe gets changed around AGAIN. What was formerly New Earth, and then “Earth-0,” was now “Prime Earth.” 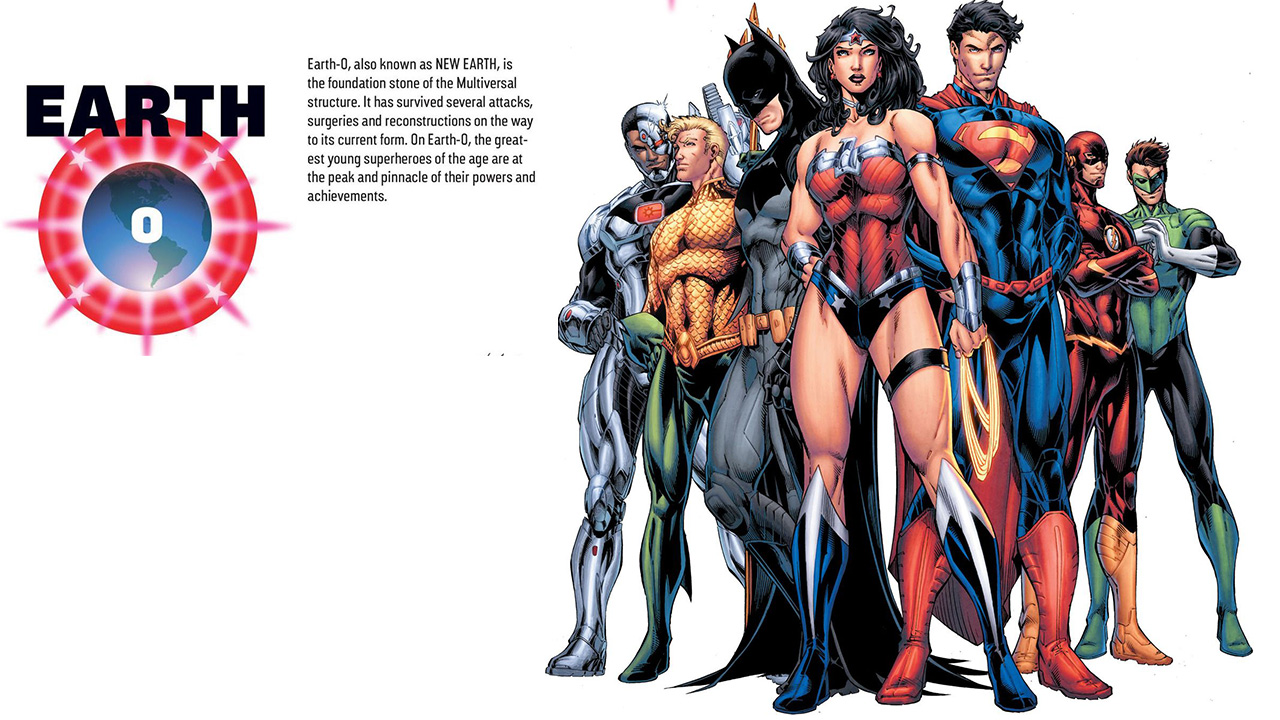 Earth-2 was also dramatically changed, as were a bunch of other worlds, but the main effects were on the main DC Universe. Which, again, was now known as Prime Earth. But in DC Universe: Rebirth, elements of the Pre-Flashpoint “Earth-0” began creeping their way back into canon. This is the new Prime Earth. The pure, past-uncontaminated version of Prime Earth became known as “Earth-52.” And the Silver Age Earth previously known as “Earth-1” was now “Earth-1985,” named for the year it originally ended! What’s the current Earth-1? Don’t worry about it.

Which, finally, brings us to our main point:

Now that we have explained the difference, please do not make this mistake ever again. If you’re still confused, you may speak with us after class.

(UPDATE: Oh, Zod damn it. Ohhhhh, cripes. Criminy. We are now being told that the “Earth-1” of the CW TV shows has been redesignated as “Earth Prime.” Just… just go home, everybody. Teacher needs a nap and some Advil.) 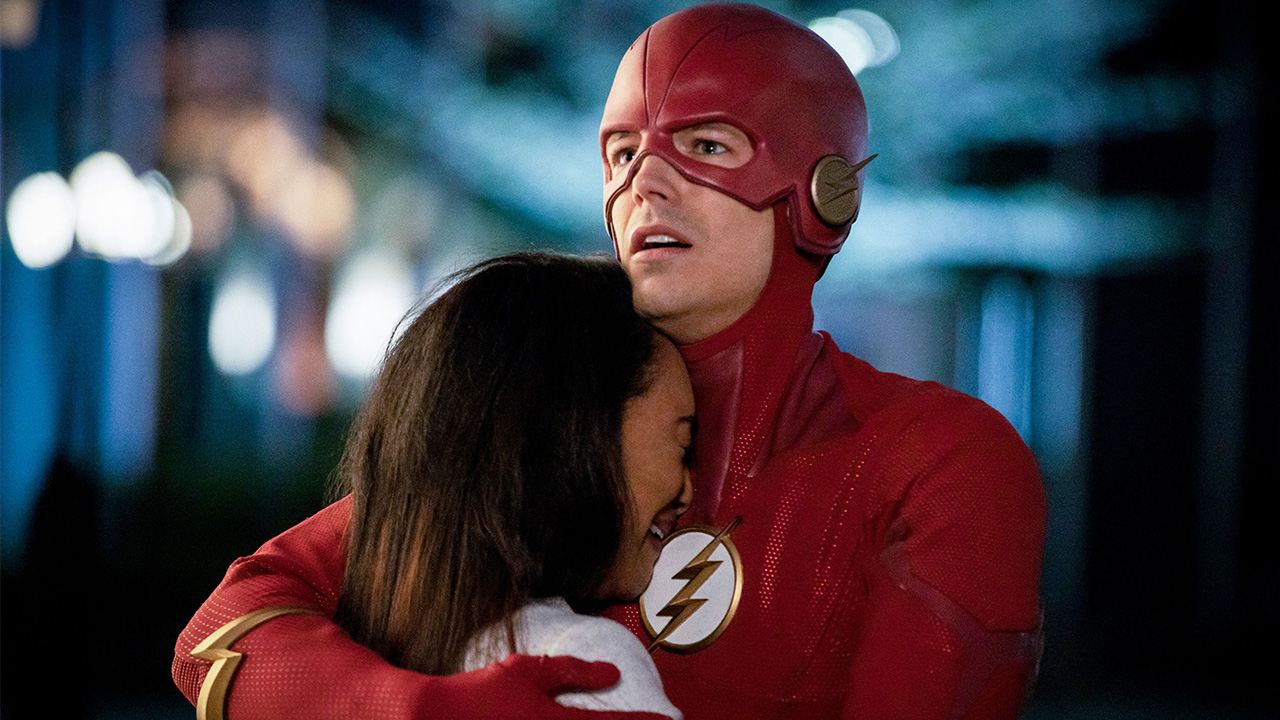 How do YOU keep track of the many Earths of the Multiverse? Let us know in our Community!