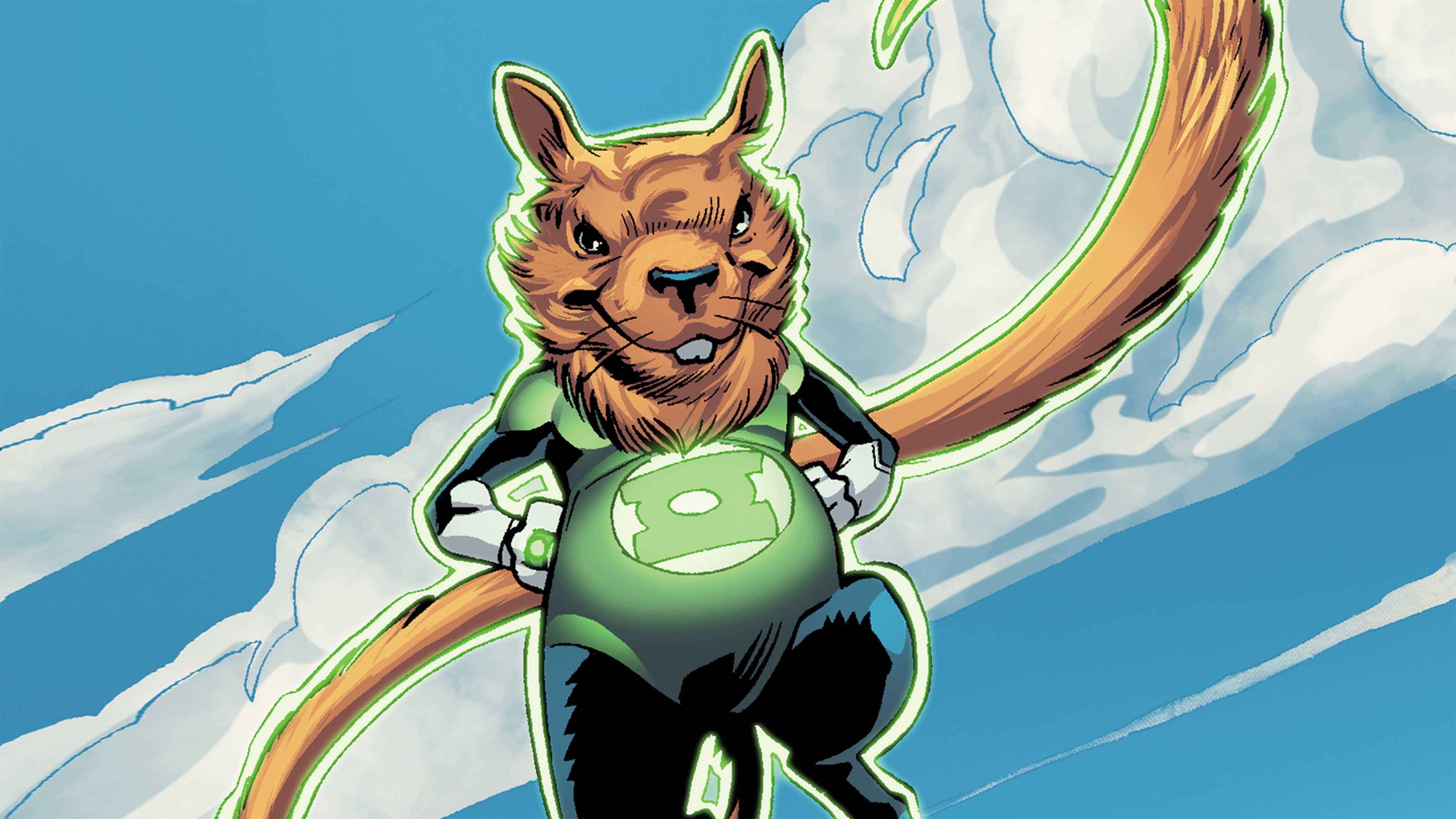 There is an entire Green Lantern Corps defending the DC Universe. But many comic book stories focus on a mere handful of Lanterns, particularly those from earth. There are plenty of Corps members equally deserving of some time in the sun.These ring bearers might not be as popular, or as handsome, as some of their comrades, but they too took an oath to protect the universe. Today, we celebrate these overlooked Emerald Knights... 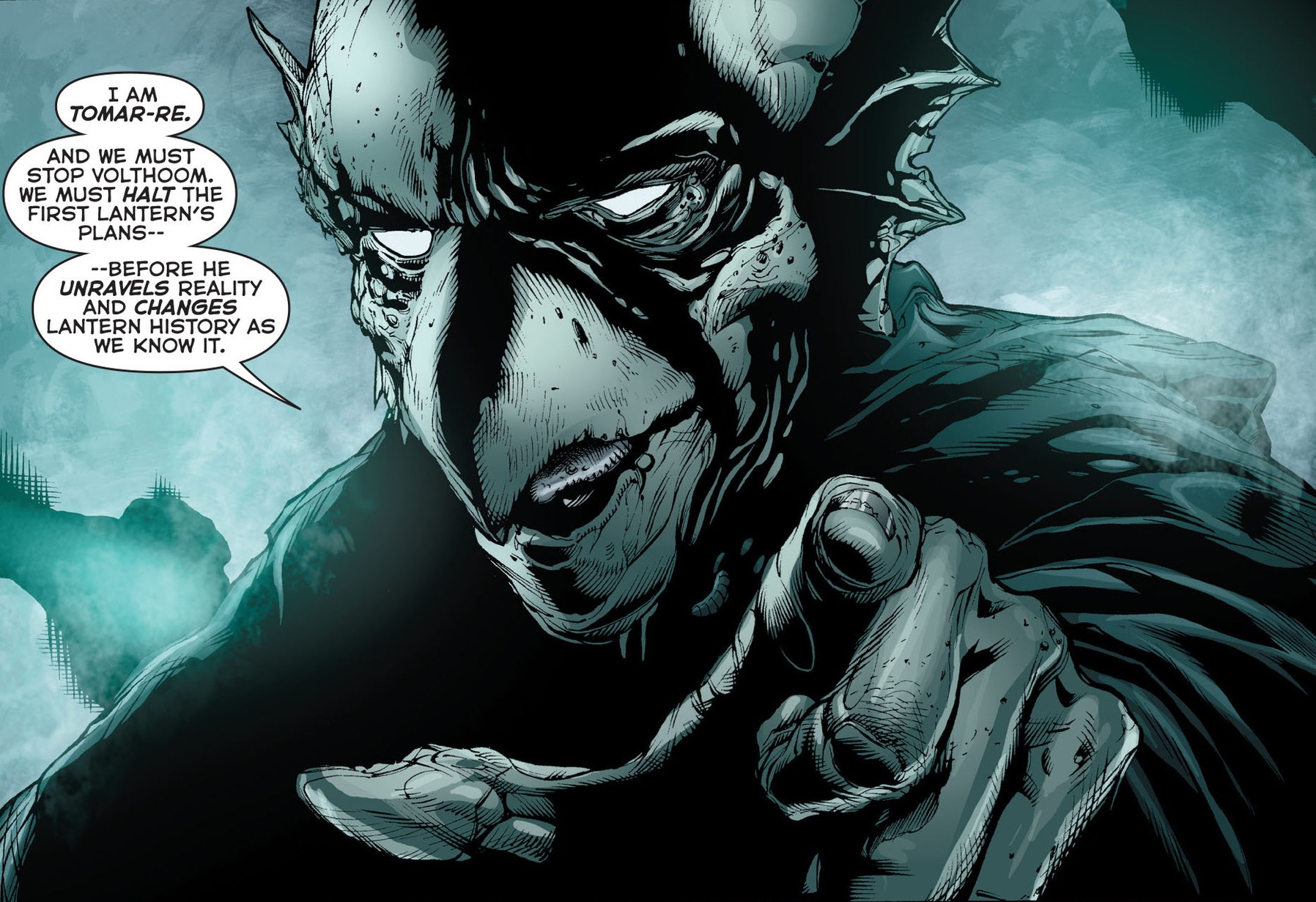 BIO: Hailing from the planet Xudar, this fin-headed, narrow beaked scientist was a great friend to both Hal Jordan and Abin Sur. His main role in the Green Lantern Corps was to train new recruits alongside Kilowog and Sinestro. He was responsible for Space Sector 2813 which contained the infamous Krypton. While en route to save the unstable planet, he was injured and had to watch it explode. Unfortunately, Tomar-Re died at the hands of Goldface during Crisis on Infinite Earths, but his son Tomar-Tu took over as the protector of Space Sector 2813. 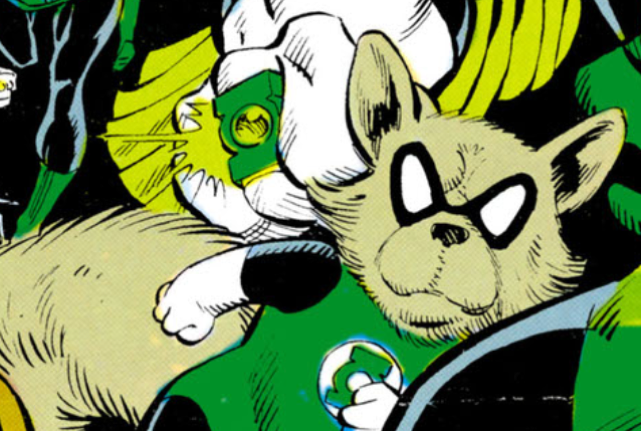 BIO: This adorable furball is a squirrel-like creature from the planet H’lven. Don’t let his cuteness full you, Ch’p is one tough nut when it comes to protecting the galaxy. Despite his size, he packs a heavy punch and his ring can do a lot more than gather acorns for the winter.When Oa’s Central Battery was destroyed, he was one of the few Lanterns whose ring still worked. He returned to his homeworld, but failed to return to his original life and at one point tried to hang himself before a friend saved him. For someone so cute and cuddly, he sure has a dark history!

TIME IN THE LIMELIGHT: His appearances alongside his fellow Lanterns have been peppered throughout both the Green Lantern and Green Lantern Corps titles. Ch’p has become a fan favorite in recent years and has been featured in Green Lantern: The Animated Series, Green Lantern: First Flight, and Batman: The Brave and the Bold. 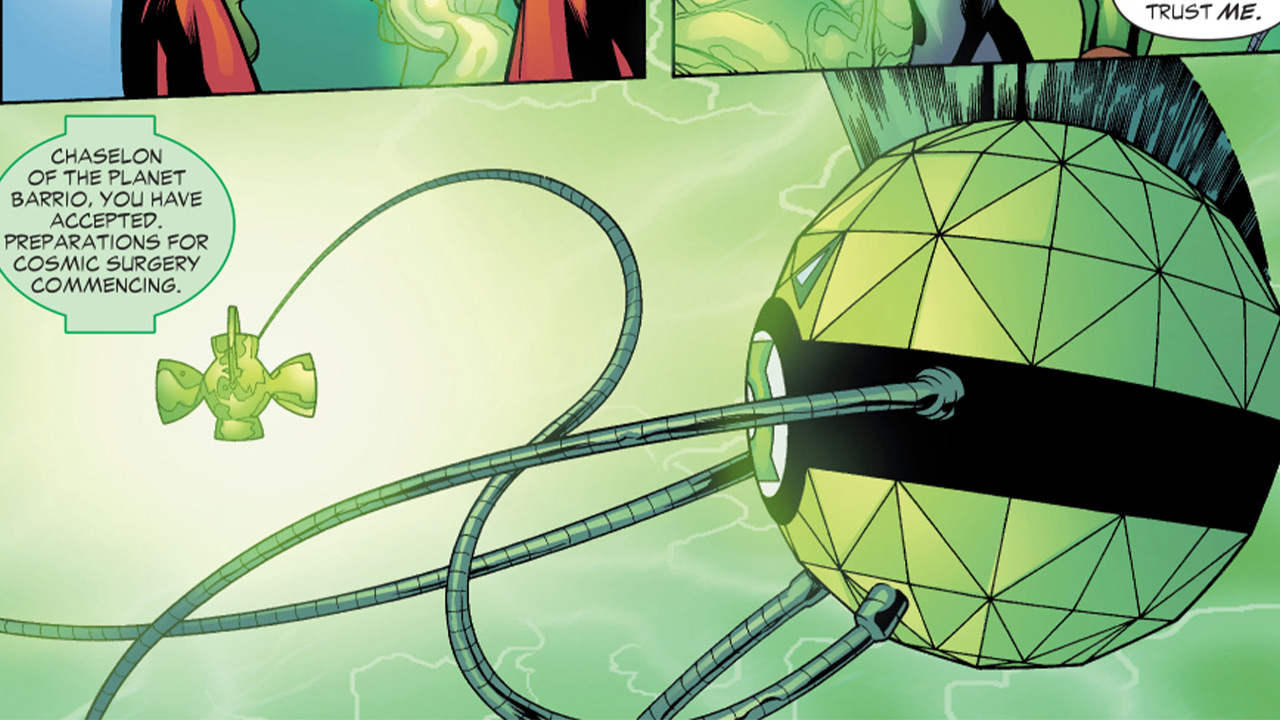 BIO: Chaselon, a mohawked sentient sphere made of crystaline with tentacle arms and legs is most notably in the background of many Green Lantern scenes. However, he has one of the most important positions as a member of the Alpha Lantern Corps, which serves as Internal Affairs for the Green Lantern Corps. Additionally, he’s been a member of the Darkstars tasked with bringing order to the universe.Cyborg Superman once used him to power his new and improved Manhunter models, but Hal Jordan and Guy Gardener soon thwarted this plan.

TIME IN LIMELIGHT: In print, he was a team member in 1993’s Darkstars #11 and has popped up in several Green Lantern stories including 2011’s Green Lantern: Emerald Warriors #10. Chaselon has made appearances in Green Lantern: The Animated Series, Green Lantern: First Flight, and the Justice League Unlimited episode “The Return.” 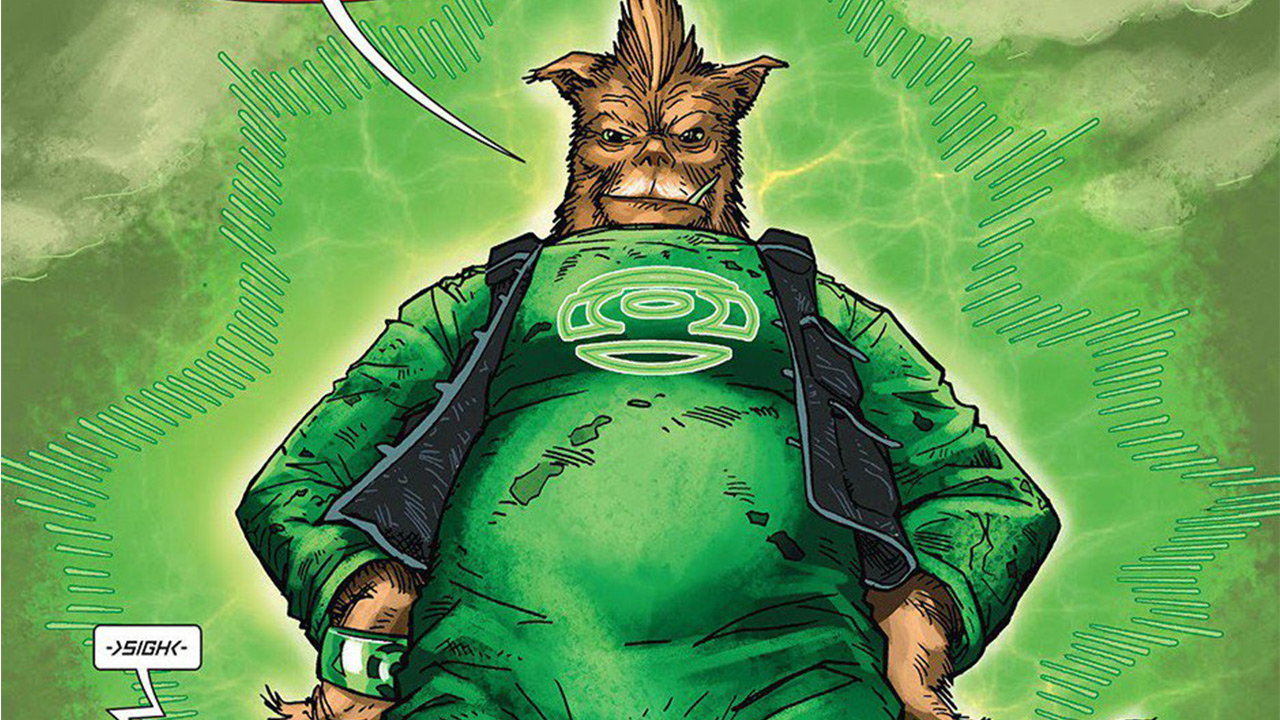 BIO: Despite his goofy demeanor and incompetence, G’nort has a lot of heart. He didn’t become a Green Lantern like the others, he received his ring by via nepotism from his influential uncle. Although not assigned to a specific Space Sector, G’nort has been featured in many Green Lantern adventures. This furry friend has been a loyal team member of the Justice League International, the Darkstars, and Justice League Antarctica. He was last seen as the sole member of the Super Buddies of Antarctica.

TIME IN THE LIMELIGHT: G’nort’s scruffy face has been seen in the Batman: The Brave and the Bold episode “The Eye of Despero” and several comic appearances including his extended run in Justice League International and brief appearance in 2003’s Formerly Known As the Justice League #5. 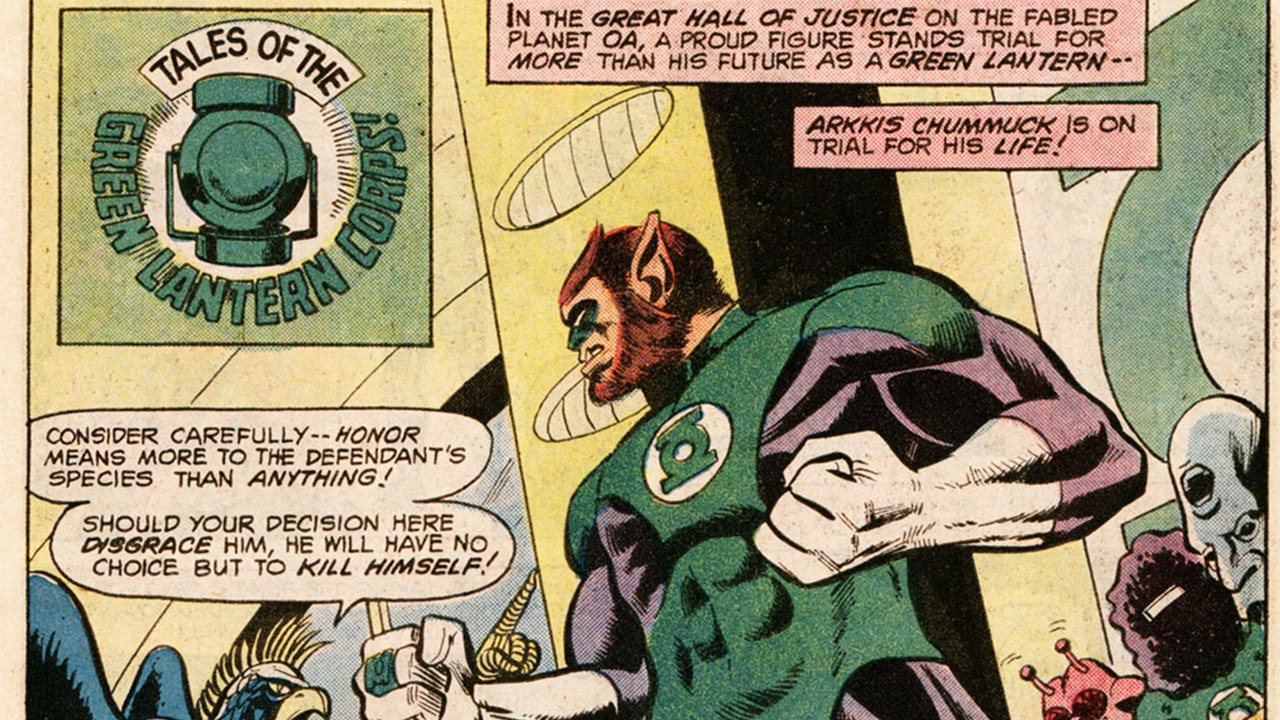 BIO: The bearded pacifist from a war-filled planet was granted his ring after defeating an enemy using only his own knowledge. As was custom, he naturally ate his opponent as a sign of honor. Probably with a nice chianti and some fava beans. The Guardians put him on trial for this, but rather than be stripped of his ring, he was just deemed to be strange. Arrkis has continued to use these nonviolent methods to bring peace to his sector. However, he no longer eats his enemies.

TIME IN THE LIMELIGHT: His magnificent beard has appeared in Green Lantern: First Flight and the Justice League episode “In Blackest Night Part 1.” Arkkis is also featured in 1981’s Tales of the Green Lantern Corps.

Who's your favorite unsung Green Lantern? Let us know in our Community!