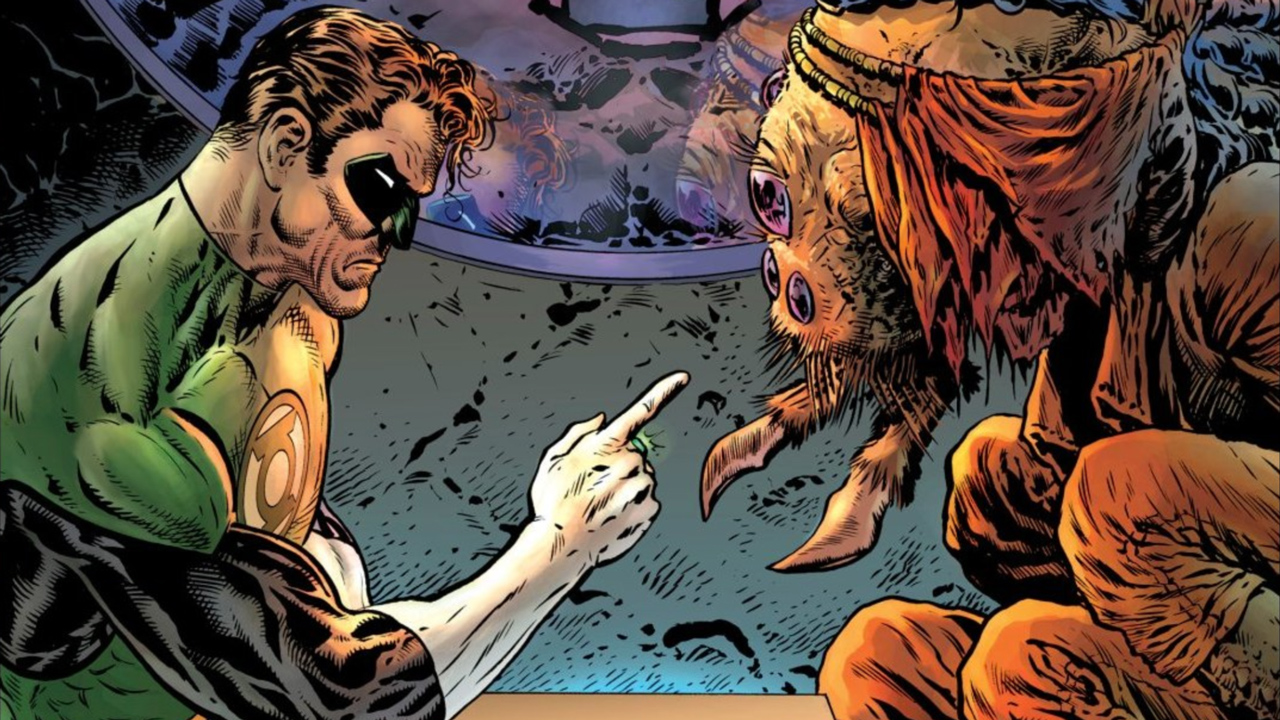 Acclaimed scribe Grant Morrison, who's enjoyed much-loved runs on DC heroes from Animal Man to Superman, has just begun writing a new monthly Green Lantern comic. Titled The Green Lantern, (issue #2 of which debuts today, December 5th), it finds Morrison fusing elements from many past iterations of Hal Jordan and his world into one thrilling cosmic epic. We recently spoke with Morrison and asked him to name his all-time favorite Green Lantern comics. Here's what he had to say... 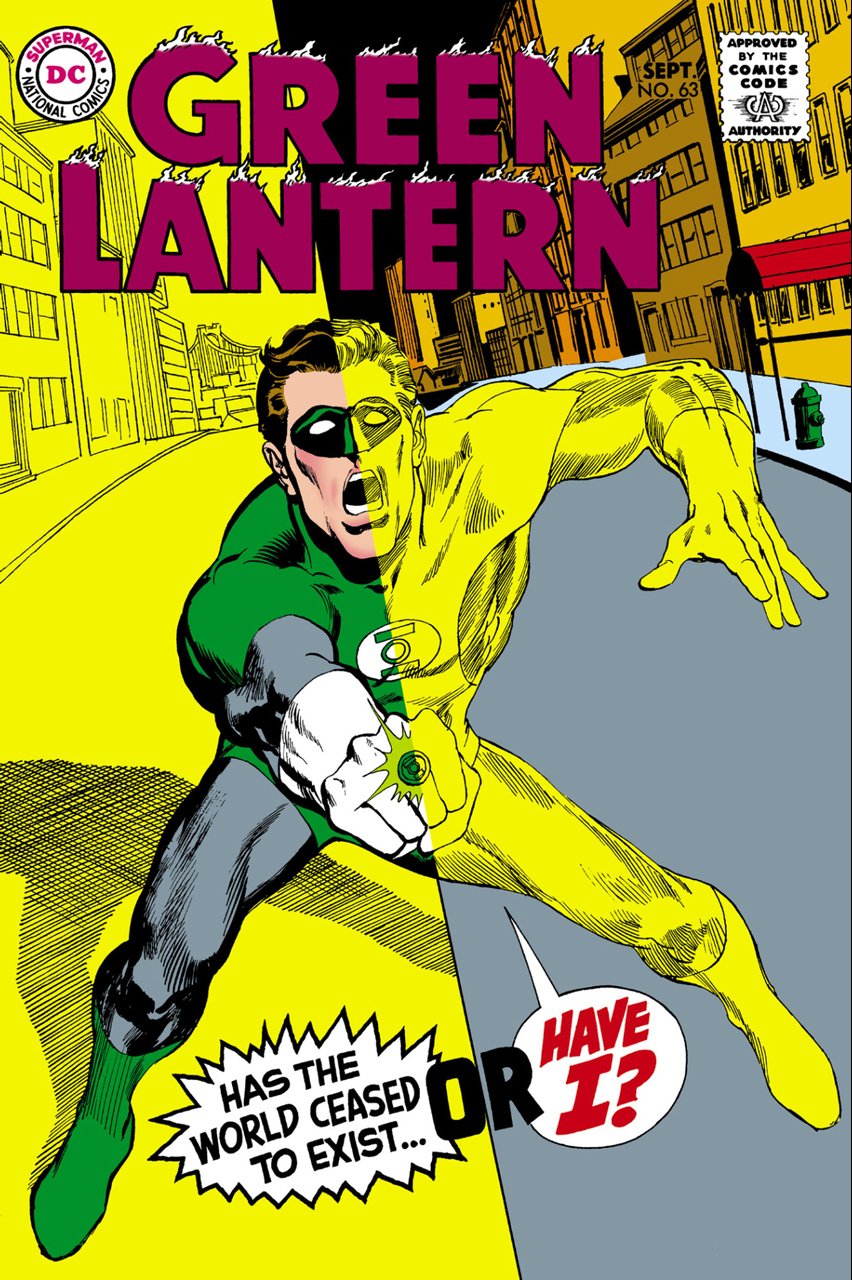 "John Broome was always my favorite writer in comics. He wrote all my favorite Flash stories. So some of the Silver Age period I really love. There’s some really bizarre stories where it’s like, Green Lantern finds a planet that has an exact continent in the shape of a Green Lantern, and it’s a living world, a living Green Lantern -- like Mogo; which is another great story (“Mogo Doesn’t Socialize” in Green Lantern #188).

"But there’s a very strange period in there, where John Broome was writing these really odd Green Lantern stories at the end of his time, and he was doing a lot of traveling. He was in the Himalayas, he was in Paris, and sending in these stories; and it was very much Hal Jordan on the road. He was changing jobs every few issues. There’s a real strange tone. He’s a guy that seems like he has lost everything that connected him to Earth. He goes from being a test pilot to being a toy salesman, then he’s an insurance salesman. What is the connection here? Why is he taking on these jobs? Batman had the same thing at the end of the ‘60s as well, where Batman was almost a guest star in these human tales. I always like to go to a part of the history that no one’s really looked at for a long time. You can find a weird atmosphere and characters and certain approaches that no one’s tried, because no one ever looks there. So that was something I really enjoyed recently, just having read all the material again." (Read writer John Broome and artist Gil Kane's Green Lantern here.) 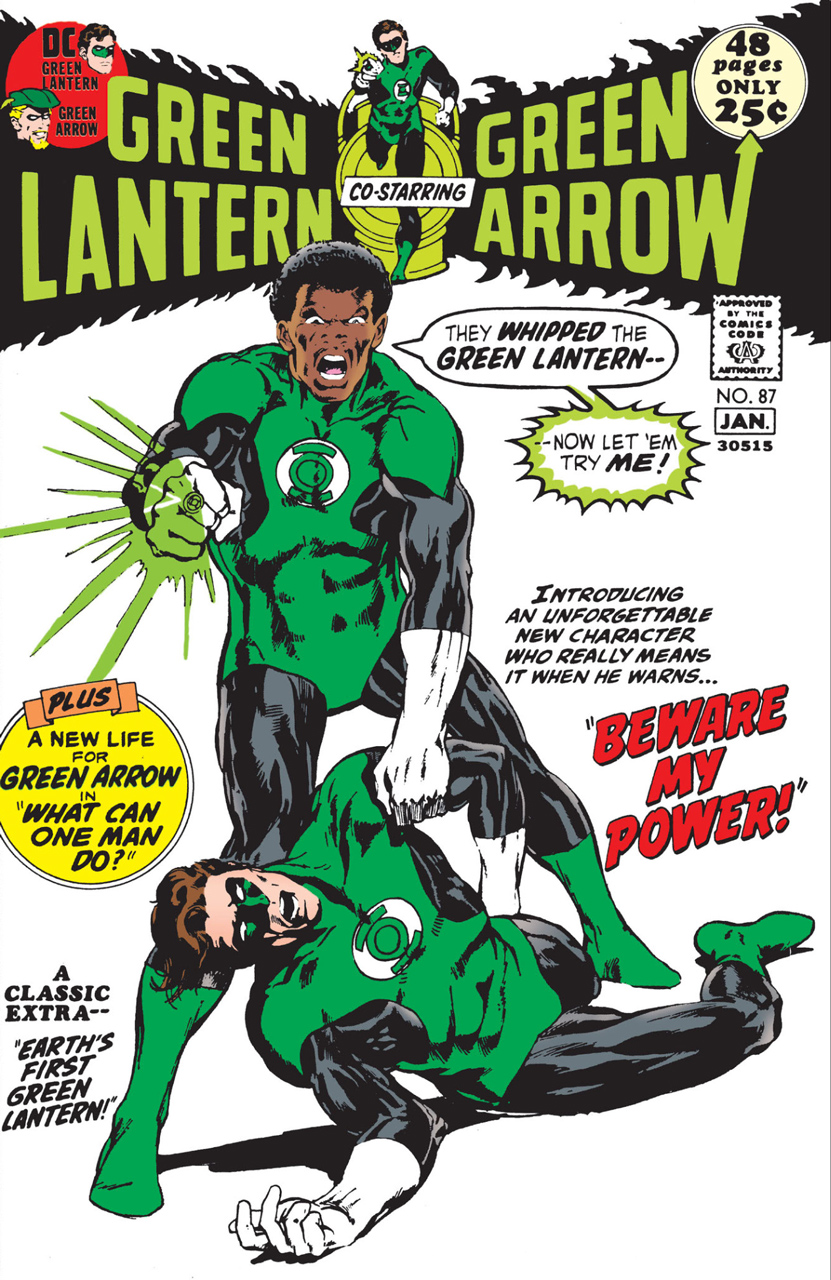 "[Writer] Denny O’Neil and Neal Adams, that team took on both Batman and Green Lantern and brought them into the modern world. Obviously I loved the Green Lantern/Green Arrow stuff, Neal Adams. That was my Green Lantern growing up, and that was the time of relevance, where Green Lantern’s kind of portrayed as this dumb cop, and he’s kind of the foil to Green Arrow’s fighting conscience-driven warrior, and the two of them duke it out. It’s like the Simon and Garfunkel of crime-fighting. I love those stories. I still love them, even now. Looking back, they seem kind of politically naive, obviously. Times have changed and politics have changed. But their heart was in the right place, and of course, the artwork was beautiful. If I think of Green Lantern, it’s the Neal Adams Green Lantern. Part of what Liam Sharp does is to kind of recapture that." (Read Neal Adams and Denny O'Neil's Green Lantern/Green Arrow #87 here.) 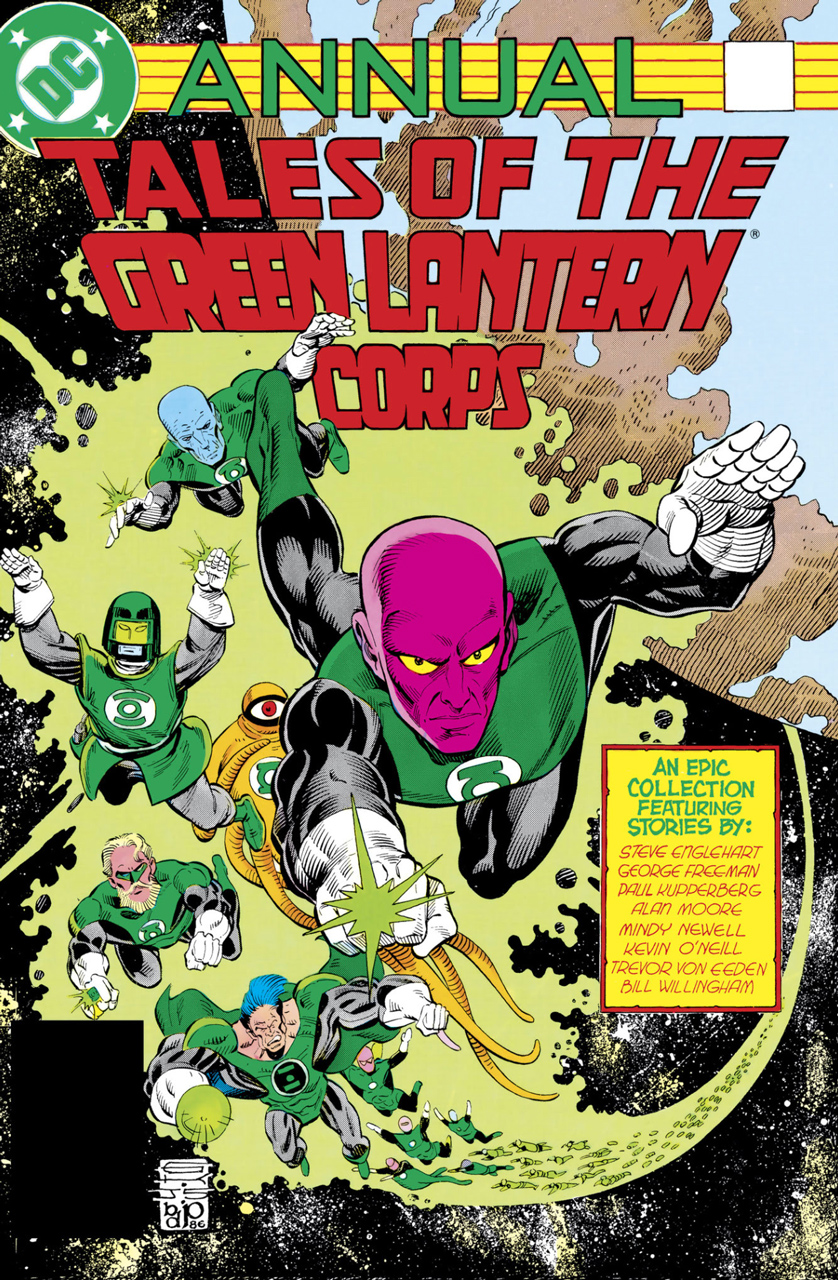 "I also love Alan Moore's stories. He only did a few short stories of Green Lantern, but each one of them had a brilliant idea in them. So those were great." (Read Alan Moore's Tales of the Green Lantern Corps Annual #2 here.) 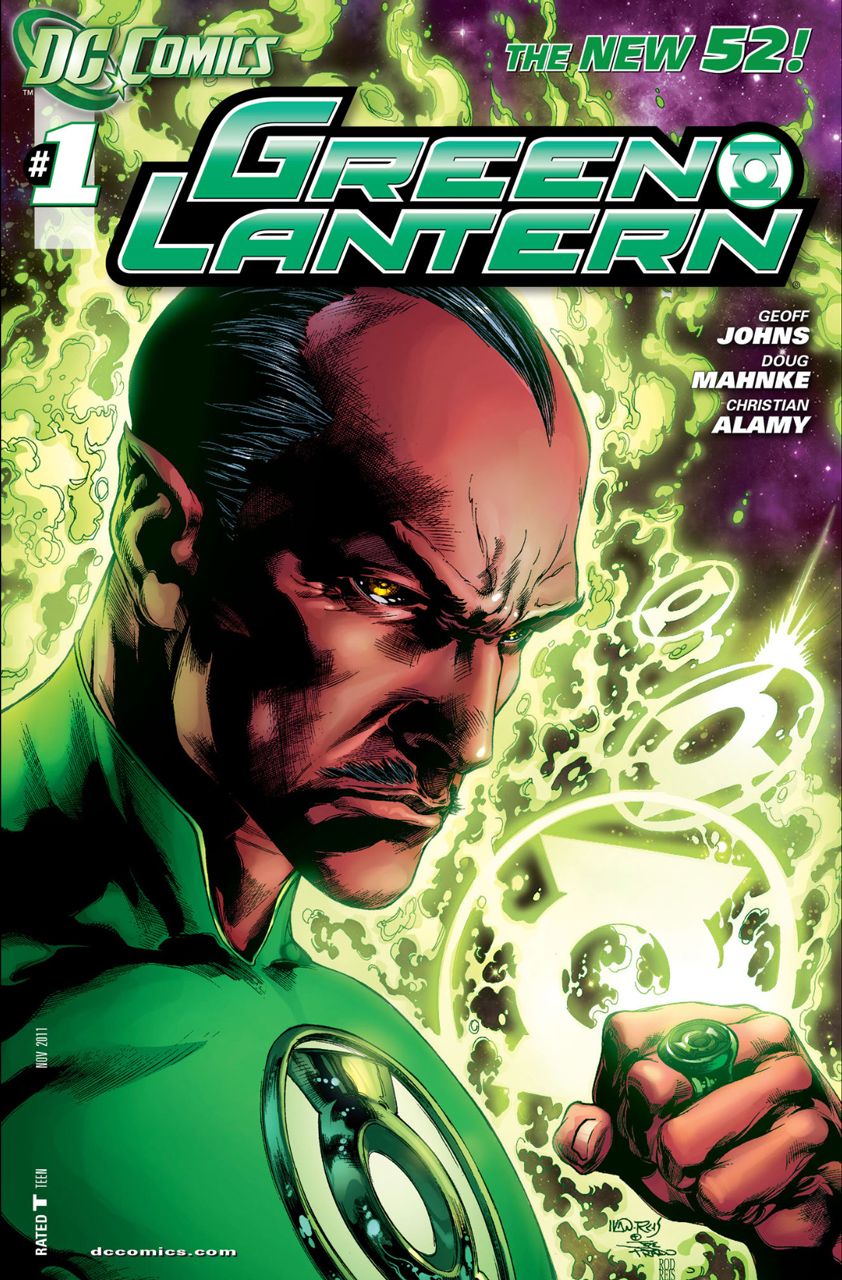 "I loved Geoff Johns’ stuff, particularly. It was my favorite comic in the 2000s. And I love the Green Lantern Corps, when it was written by Peter Tomasi. That’s when, for me, it really felt like this giant franchise, like Star Trek, and I got really involved in it. So I love that stuff. I guess those were the years that really stuck in for me that kind of influenced what I’m doing." (Read 2007's Green Lantern here.) 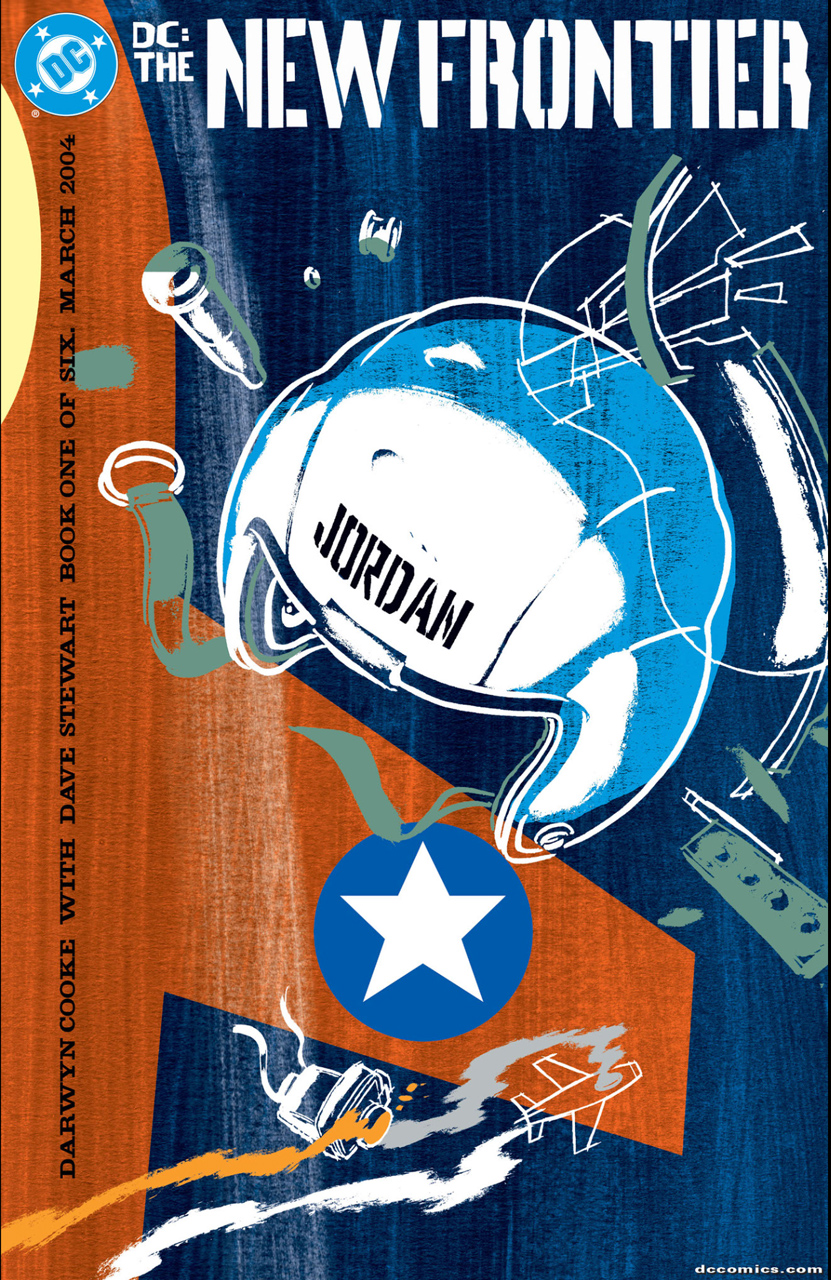 "I tried to combine all of these things in The Green Lantern. I love the idea that this character’s had all these very contradictory approaches, because that’s what makes a real character. In our own lives, we change, we contradict. We become different people. I think it makes for a much richer character when we do have these things that kind of clash. It’s not just one thing. It’s not just one approach to the character."

Read our interview with Grant Morrison on his The Green Lantern here.

What are your favorite Green Lantern comics? Let us know in our Community!