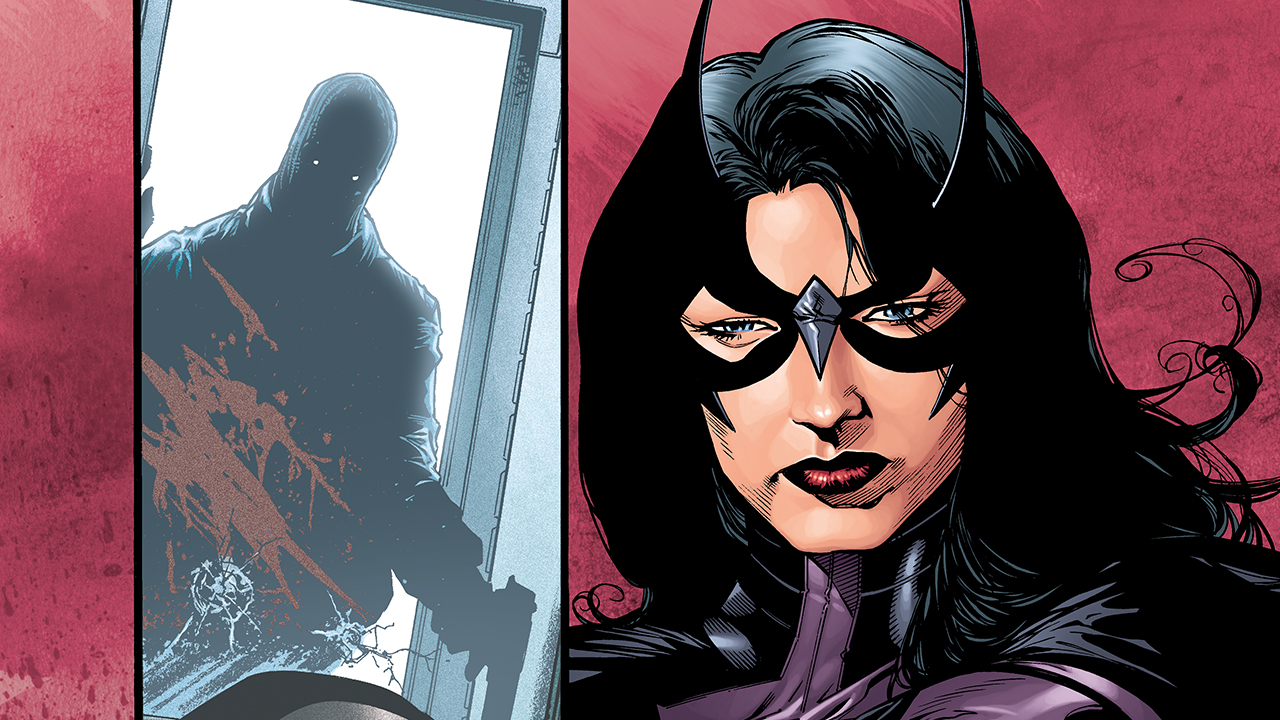 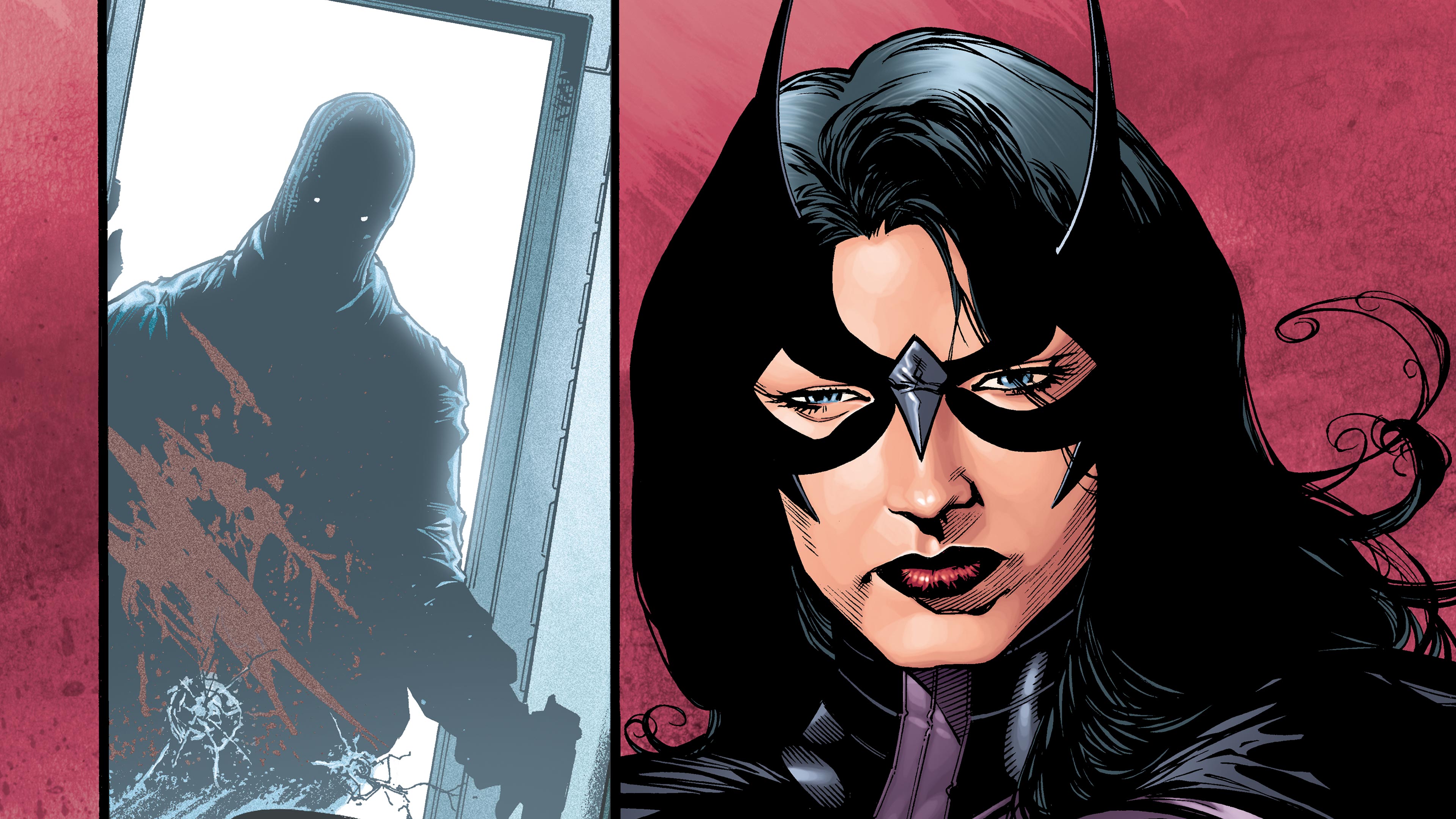 Gotham's Mafia Princess Cries for Vengeance in HUNTRESS: YEAR ONE

The ‘00s were Huntress’s decade. Under writer Gail Simone, the crossbow-wielding vigilante turned the highly popular ‘Birds of Prey’ series from a dynamic duo into an iconic trio. Ashley Scott was on television, playing Huntress as the star of her own series. And in 2008, the vigilante we know as Helena Bertinelli was granted that greatest of all honors: a “Year One” origin story.

Like Bruce Wayne himself, Helena Bertinelli’s family was an institute of Gotham City. She was born into a place of power and prominence. But as a child, her family was murdered before her very eyes. The difference? Unlike philanthropic doctor and socialite Thomas Wayne, Helena’s father was the notorious head of the Bertinelli crime family. ‘Huntress: Year One’ tells the story of how this pampered daughter of mafia royalty hardened through wrath and determination into one of the most ruthless crime fighters Gotham City has ever known — all while maintaining symbolic connections to the character’s very different past, and establishing roads towards her future. 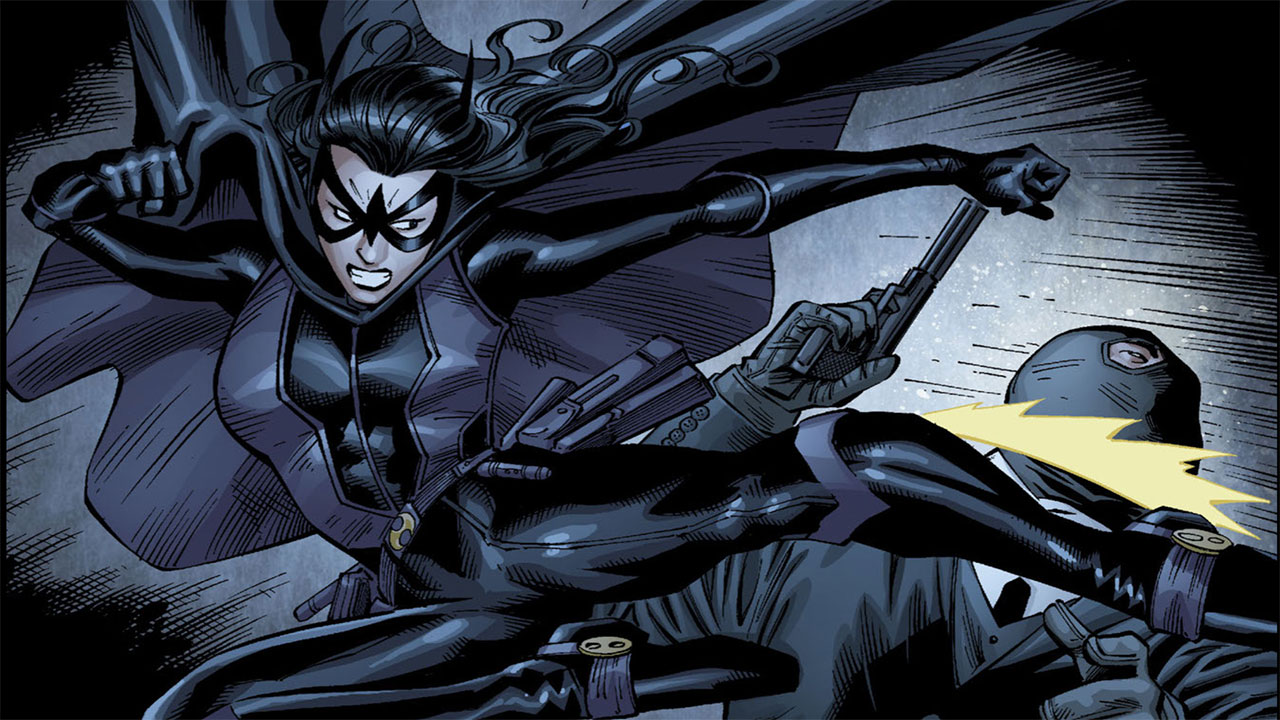 In the storied annals of the “Year One” library, ‘Huntress: Year One’ is often criminally overlooked. Perhaps that's because it was written by a relative outsider. ‘Huntress: Year One’ was the first comic book series by Ivory Madison, a politically active law school graduate with dual careers as a novelist and a jazz singer. This multitudinous background lends a unique voice throughout ‘Huntress: Year One,’ and feels unlike any of its contemporaries in its reading. Oftentimes, Helena Bertinelli feels like a page-turning crime novel protagonist who has found herself unexpectedly careening towards life in a form-fitting costume. And most excitingly, rather than turn away, she fully embraces the high drama in the quest to avenge her fallen family. 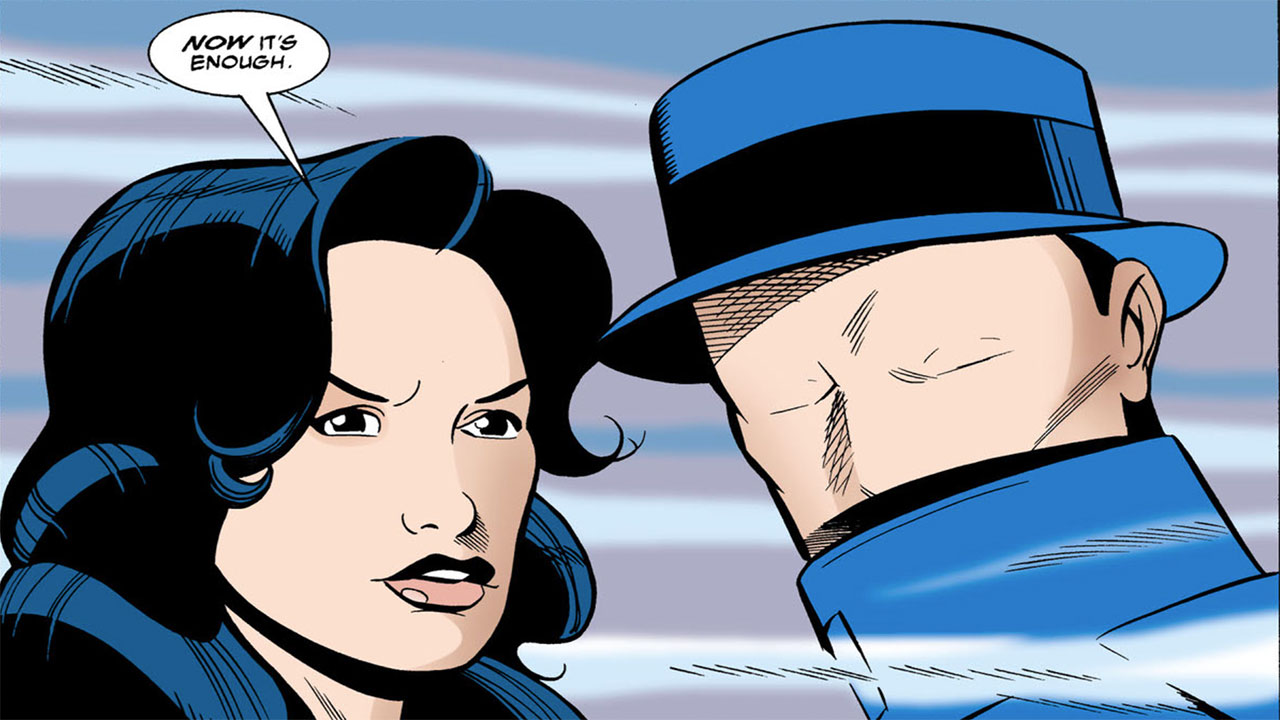 Truth be told, there were already a number of comics detailing the origin of Helena Bertinelli when ‘Huntress: Year One’ was published: first in writer Joey Cavalieri and artist Joe Staton’s 1989 ‘Huntress’ series, and again in Greg Rucka and Rick Burchett’s ‘Batman/Huntress: Cry for Blood’ (featuring a certain favorite faceless detective filling in for Helena’s conscience). But one thing this series offers that others don’t is a brilliant connection to the ORIGINAL Huntress, Helena Wayne of Earth-2.

Long before Helena Bertinelli, the DC Universe featured a different Huntress who went by the name of Helena Wayne — the daughter of a mature Batman and Catwoman, assuming a middle ground mantle for both her parents. Through the course of ‘Huntress: Year One,’ Helena Bertinelli gets to know both Batman and Catwoman, and learns hard lessons from both about who the Huntress is going to be. Inspired to strike fear in her enemies by Batman and with clear maternal parallels drawn between Selina Kyle and Helena’s own departed mother, the spirit of Helena Wayne lived on in Bertinelli as she continued to walk a middle path between Bat and Cat. 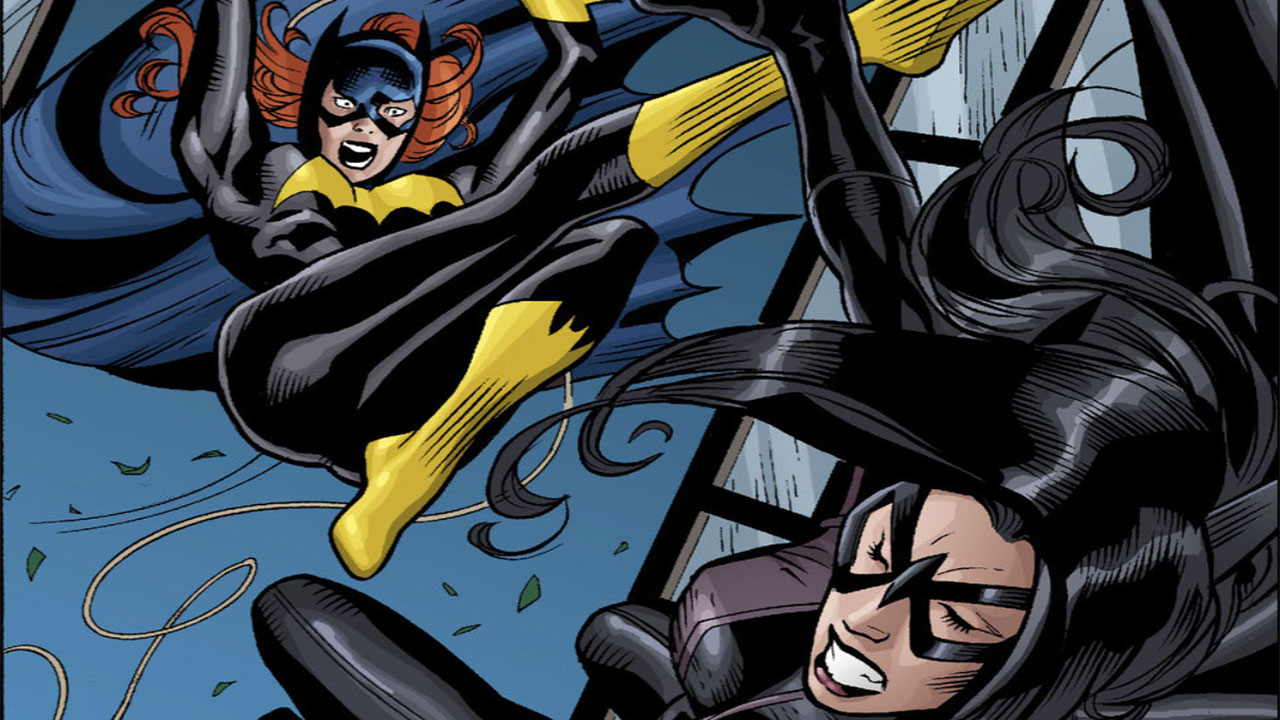 That’s only one of the many treats ‘Huntress: Year One’ has in store for readers. Helena’s first meeting with Batman isn’t half as delightful as her first chance encounter with Bruce Wayne. And a run-in with a pre-Oracle Barbara Gordon establishes the footing for what neither realizes will be a long, meaningful partnership, and eventual friendship. The art by Cliff Richards gives us Italian pastoral vistas so beautiful that it becomes difficult to imagine why Helena would ever want to leave (which is, perhaps, the point). Its stunning cathedrals surrounding Helena, as she struggles with her faith and family, invoke religious awe. And the action scenes move with such speed and force it’s easy to forget they’re standing still.

Thanks to the power of Madison’s rich dialogue and characterization, even minor and unknown characters fill the page with their presence. (One memorable exchange on the nature of gendered nouns in Italian, for instance, sardonically sets the stage for Helena’s own codename.) Not only the terrifying father, childhood lover, and shifty family members who fill her past, but especially the brutish Omerta, Helena’s first nemesis, who stands as an overbearing physical manifestation of the unscalable mountain the Huntress must climb before achieving her impossible goals. Even before she returns to Gotham City, the inner and outer life of Helena Bertinelli feels truly lived in. It may say ‘Year One’ on the cover, but reading this series lets the reader grow up alongside Helena into the symbol of cold vengeance she becomes. 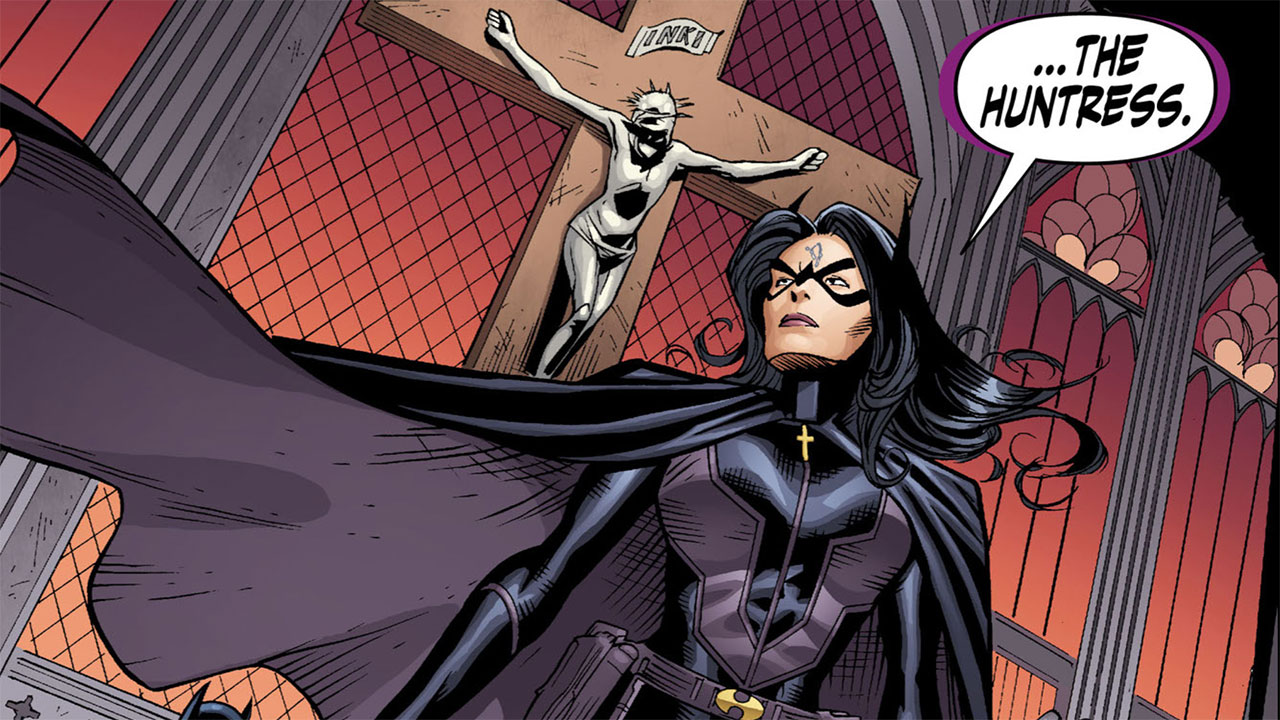 ‘Huntress: Year One’ isn’t just a story of personal justice for a child whose innocence was cruelly ripped away by the circumstances of her birth. It’s the story of a woman, battling against a patriarchal world stacked entirely against her. After all, even princesses have their gilded prisons. In ‘Huntress: Year One,’ Ivory Madison and Cliff Richards make it clear that, from the very start of her journey, this future Bird of Prey would never be caged.

Do you think 'Huntress: Year One' is underrated? Let us know in our Community!