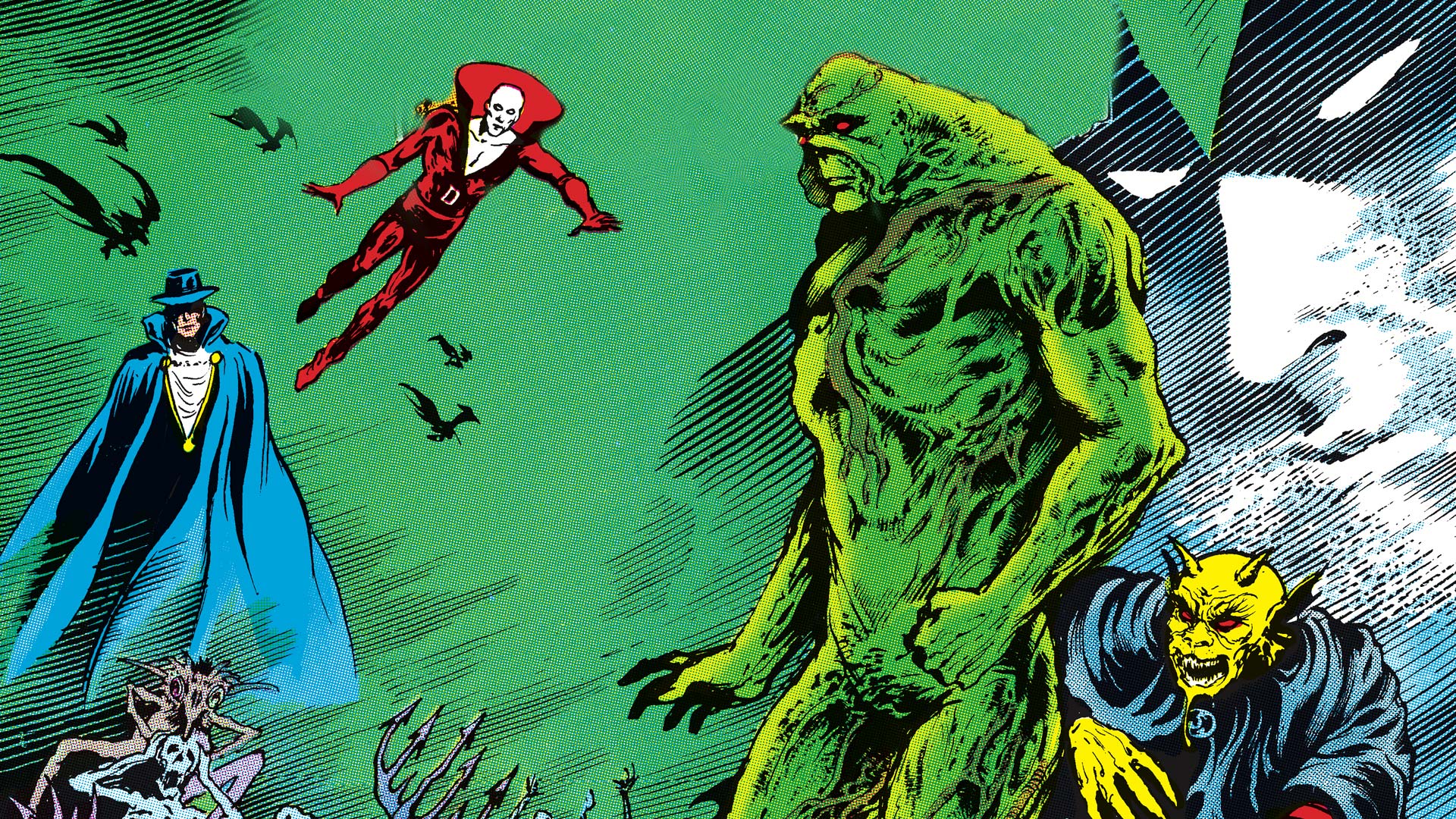 Go to Hell: The 7 Scariest Trips to the DC Universe's Hell

There are plenty of wonderful places to visit in the DC Universe, like the majestic underwater kingdom of Atlantis or the beautiful paradise island of Themyscira. So why on Earth would anyone want to go to the fiery pits of Hell? Seriously, folks, it’s uncomfortable. And full of creatures who exist only to torture you. Yet the citizens of the DCU have made more than a few trips to the Underworld, some of them voluntary, some of them not so much. Here are 7 notable standouts...

"Down Amongst the Dead Men" 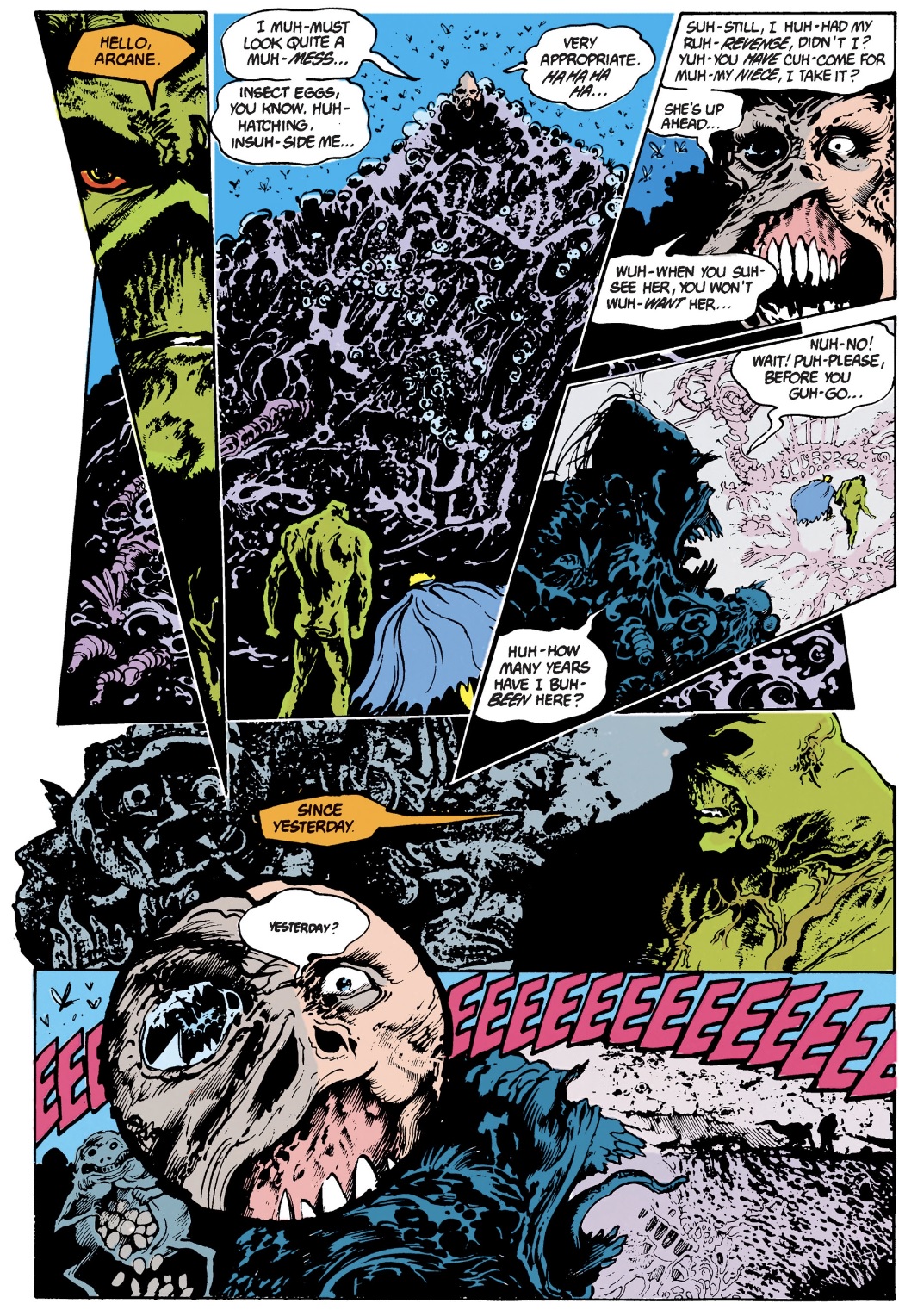 Reason for the Visit: Abby Arcane’s soul had been dragged to Hell by her uncle Anton Arcane. Using the power of the Green, and the help of a few supernatural entities, Swamp Thing stormed Hell to retrieve the soul of his friend. All things considered it was a successful trip, and old Swampy even saw a few of his dead enemies along the way. 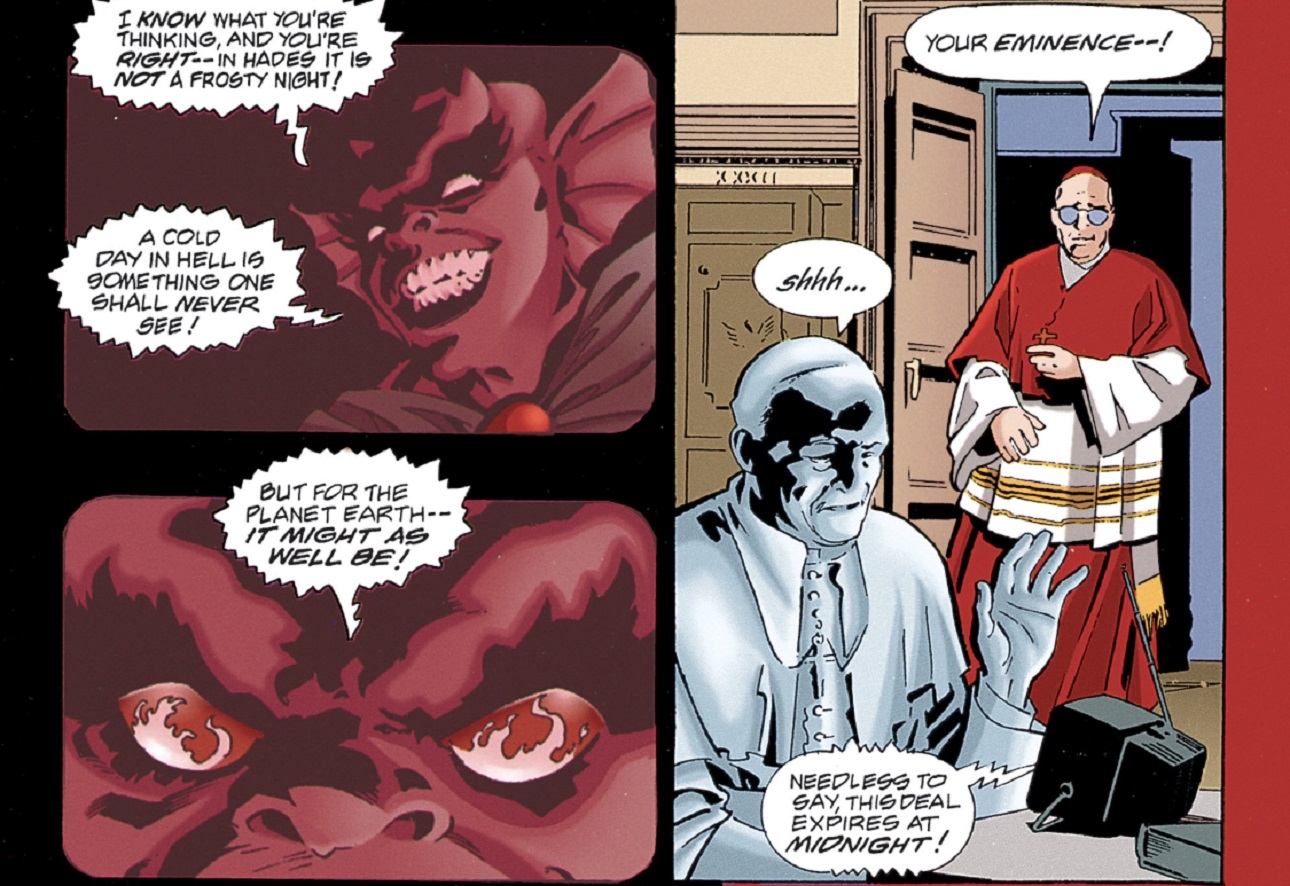 Reason for the Visit: During the Final Night event the Earth’s sun was losing its energy, and the planet was slowly dropping in temperature. Human life was in danger of becoming extinct, so Etrigan the Demon offered to take all of humanity to Hell. After all, it never gets cold down there. The rhyming demon broadcasted his offer to every television on Earth, showing them the fiery pits that awaited them. Despite Etrigan’s misplaced generosity, humanity collectively rejected the offer.

"Wouldn’t Be Caught Dead There" 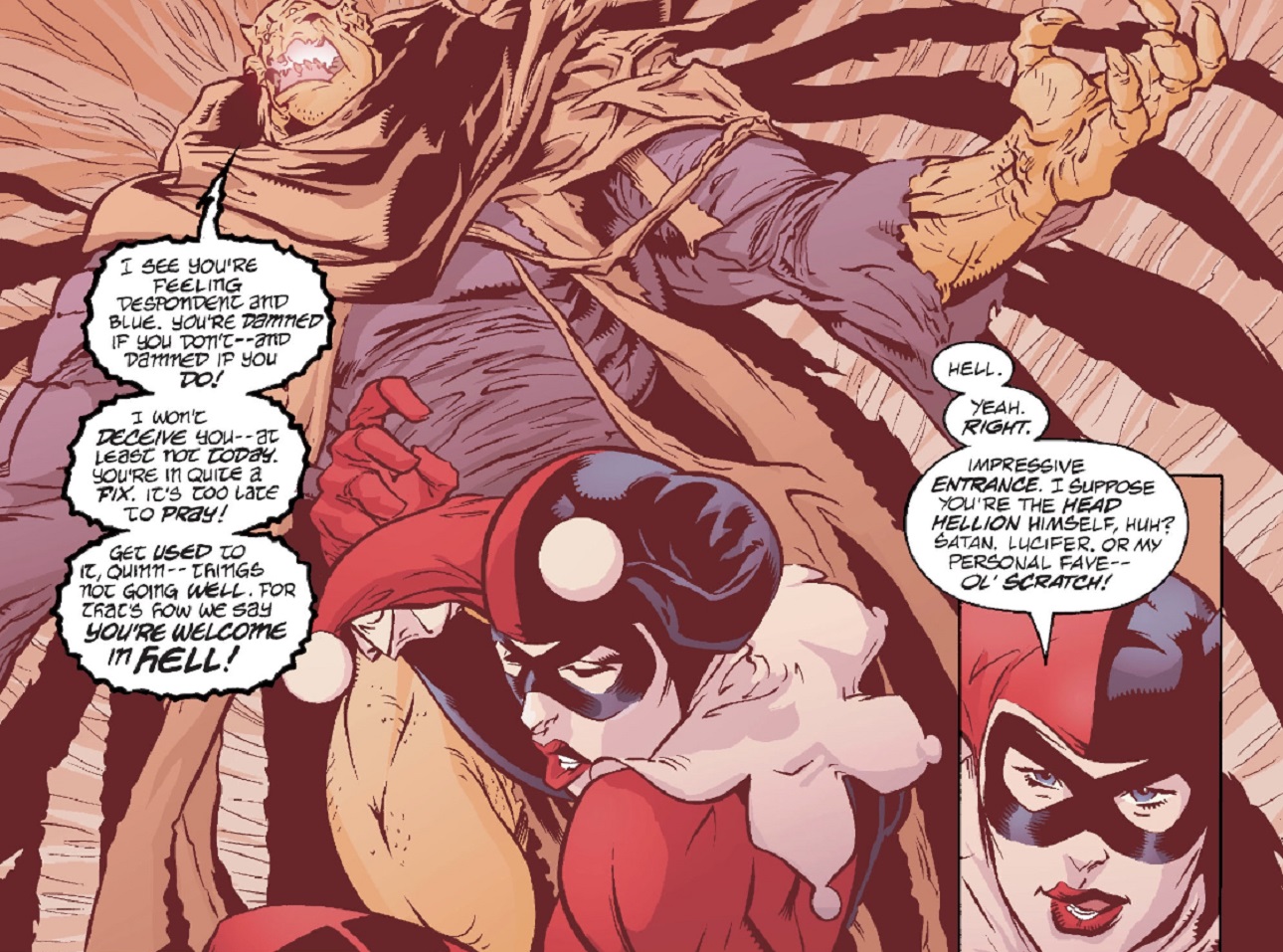 Reason for the Visit: After dying, Harley is sent to Hell where Etrigan the Demon explains to her that everyone’s version of the underworld is different. Since Harley craves attention, her Hell is pure solitude which drives her nuts! The Lady of Lunacy eventually gets herself together and finds some of her slain gang members. It’s jailbreak time! With Western style shoot outs, old dead Gotham friends and musical numbers, this was one of the craziest trips to Hell ever. 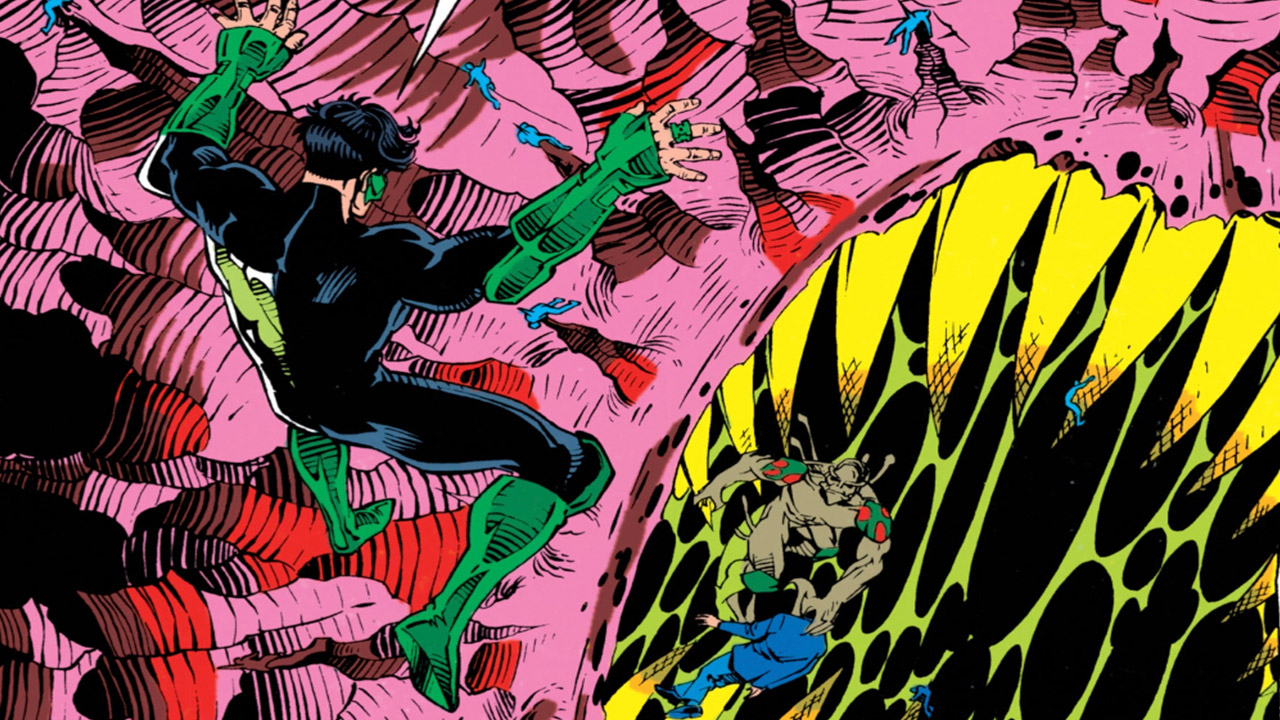 Reason for the Visit: A rift in reality opened a doorway between Hell and Earth, causing demons to drag Kyle’s friend Radu into the Netherworld. Kyle flew through the portal to rescue his friend and was shocked at Hell’s surroundings. He noted that it was worse than “country music on AM radio.” Luckily for Kyle, he did a favor for the evil Felix Faust, who decided to return the Lantern to Earth and close the doorway. 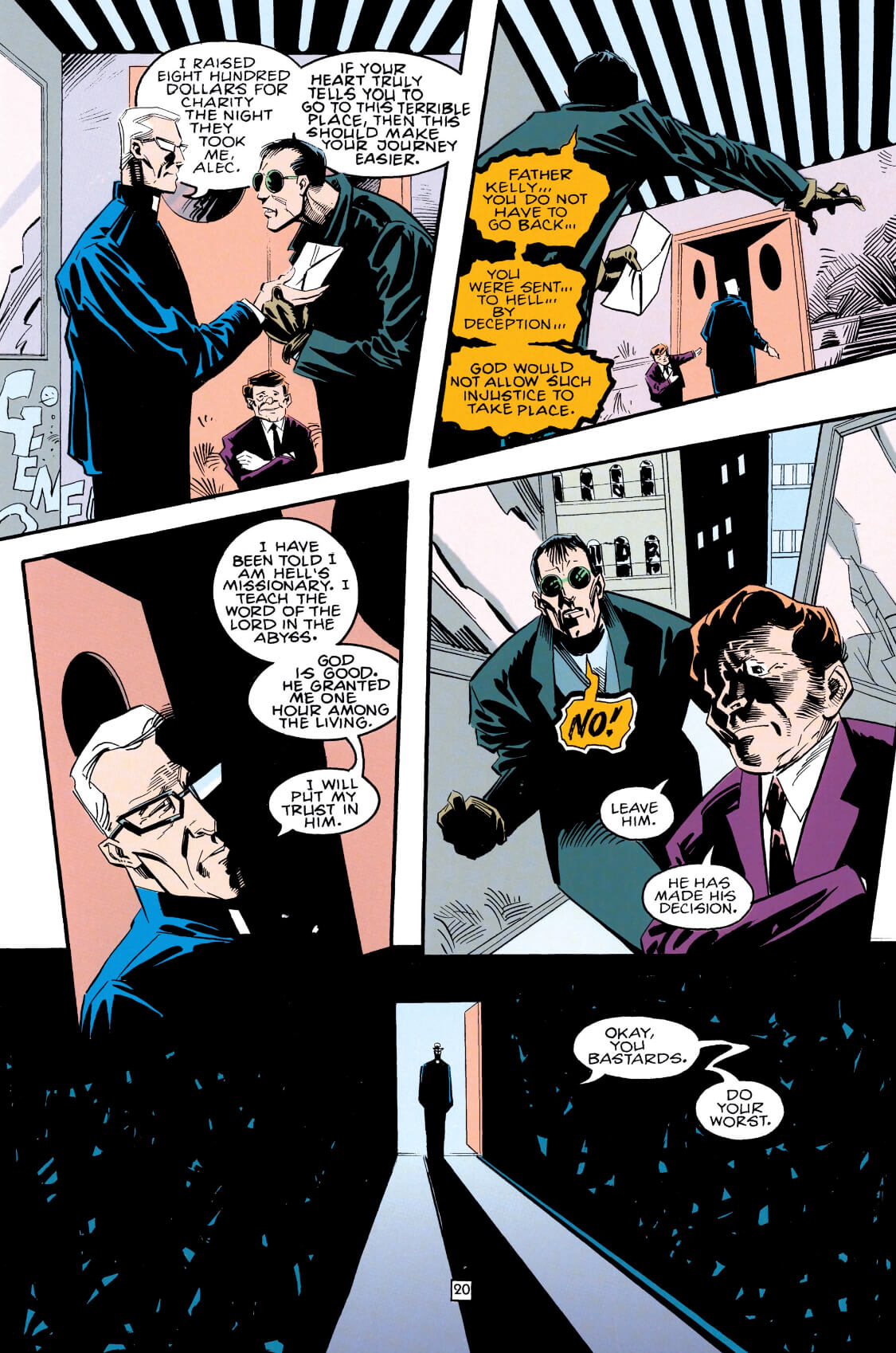 Reason for the Visit: Father Kelly was a priest beloved by everyone, which made him the ultimate prize for Hell. A demon tricked the Father into participating in a magic trick which transported him to the fiery underworld. The demons occasionally gave Father Kelly one hour back on Earth, in order to make Hell seem more unbearable, and Swamp Thing offered to rescue him during one of those furloughs. The Father declined Swampy’s offer, reasoning that a priest in Hell could help convert and rehabilitate the evil souls. Surprisingly he was right, as Father Kelly helped the demonic Anton Arcane become a born again Christian.

"Heaven is a 4 Letter Word" 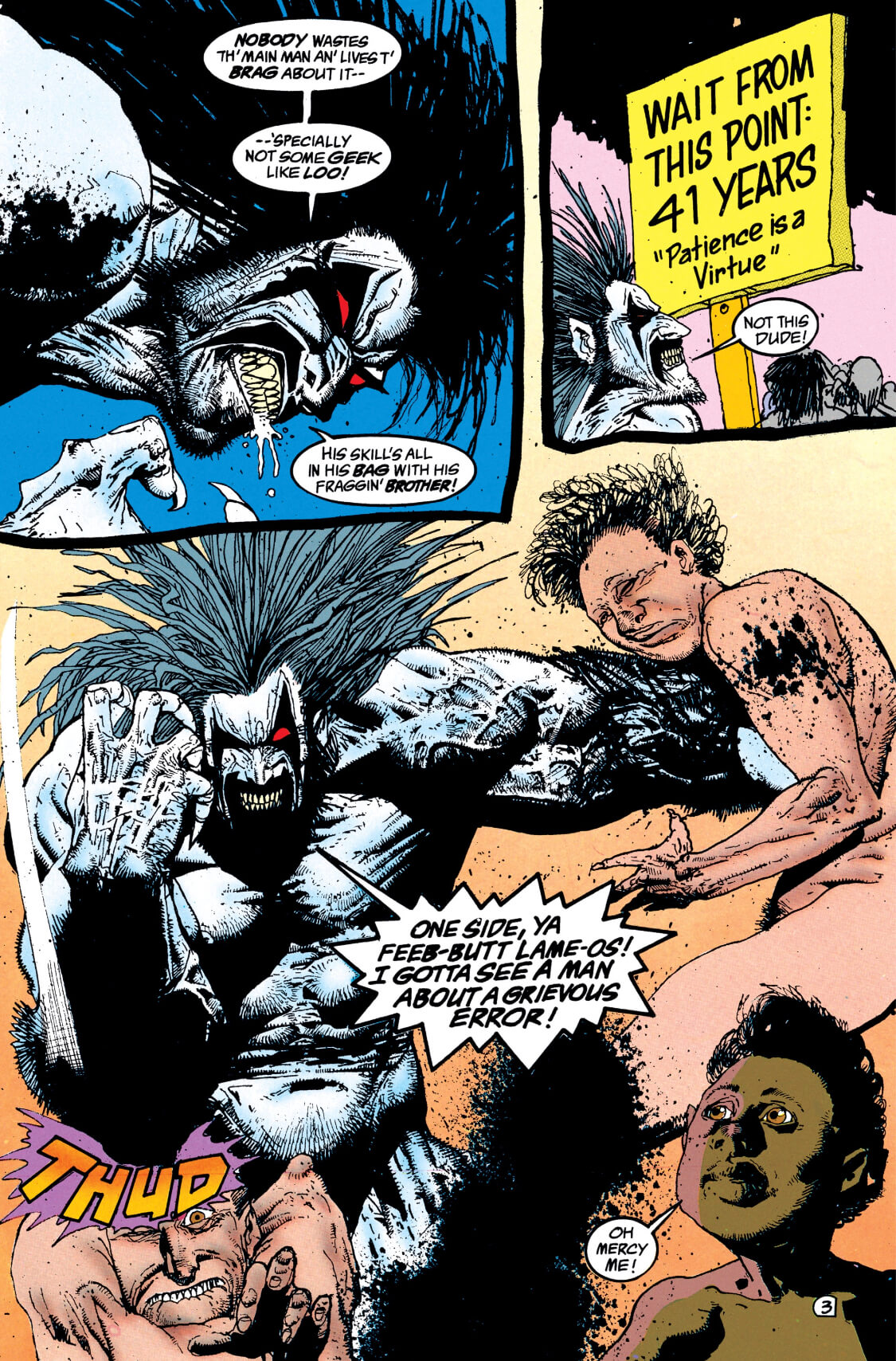 Reason for the Visit: After dying Lobo is sent to Hell, because let’s be honest, he wasn’t exactly a choir boy. While in line for processing Lobo immediately raised…well…raised Hell by fighting everyone in front of him and threatening the demonic bureaucrats. He caused so much ruckus that Hell refused to take custody of the Main Man, and he was sent to Heaven instead. As you can imagine, that didn’t go so well either. 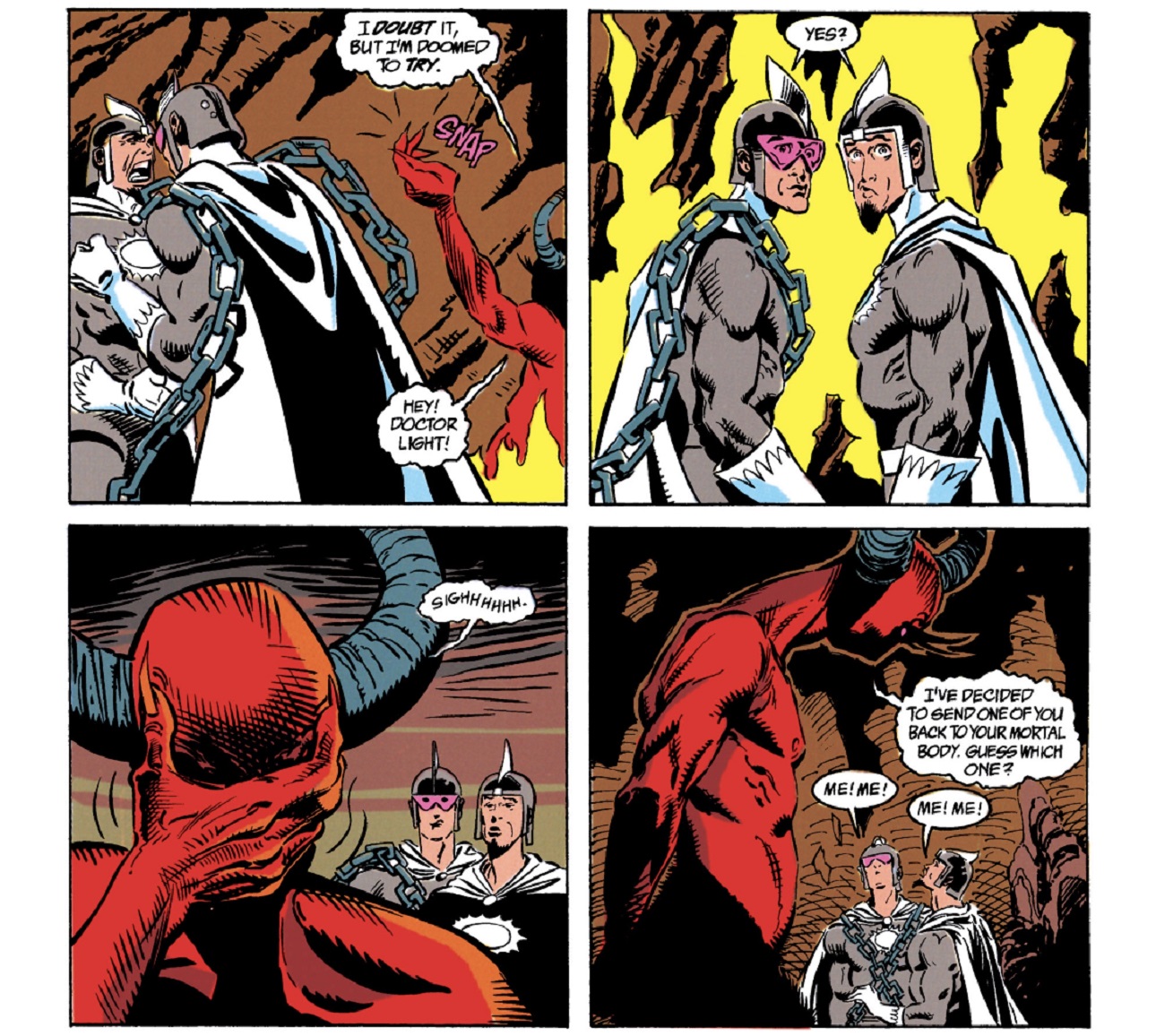 Reason for the Visit: After being killed on a mission with the Suicide Squad, Dr. Light spent months in Hell being tortured by demons alongside his former partner Jacob Finlay. The demons got bored and decided to have some fun with Light. They gave Light a few chances to return to life, but stacked the deck against him so he’d die a horrible death and return to Hell each time. For example, the first time they revived him he woke up in his coffin and suffocated within minutes. Eventually the demons let him be revived “for good” but warned him that his next death would give him an eternity of torture in Hell. No pressure.

What's your favorite trip to Hell? Let us know in our Community!