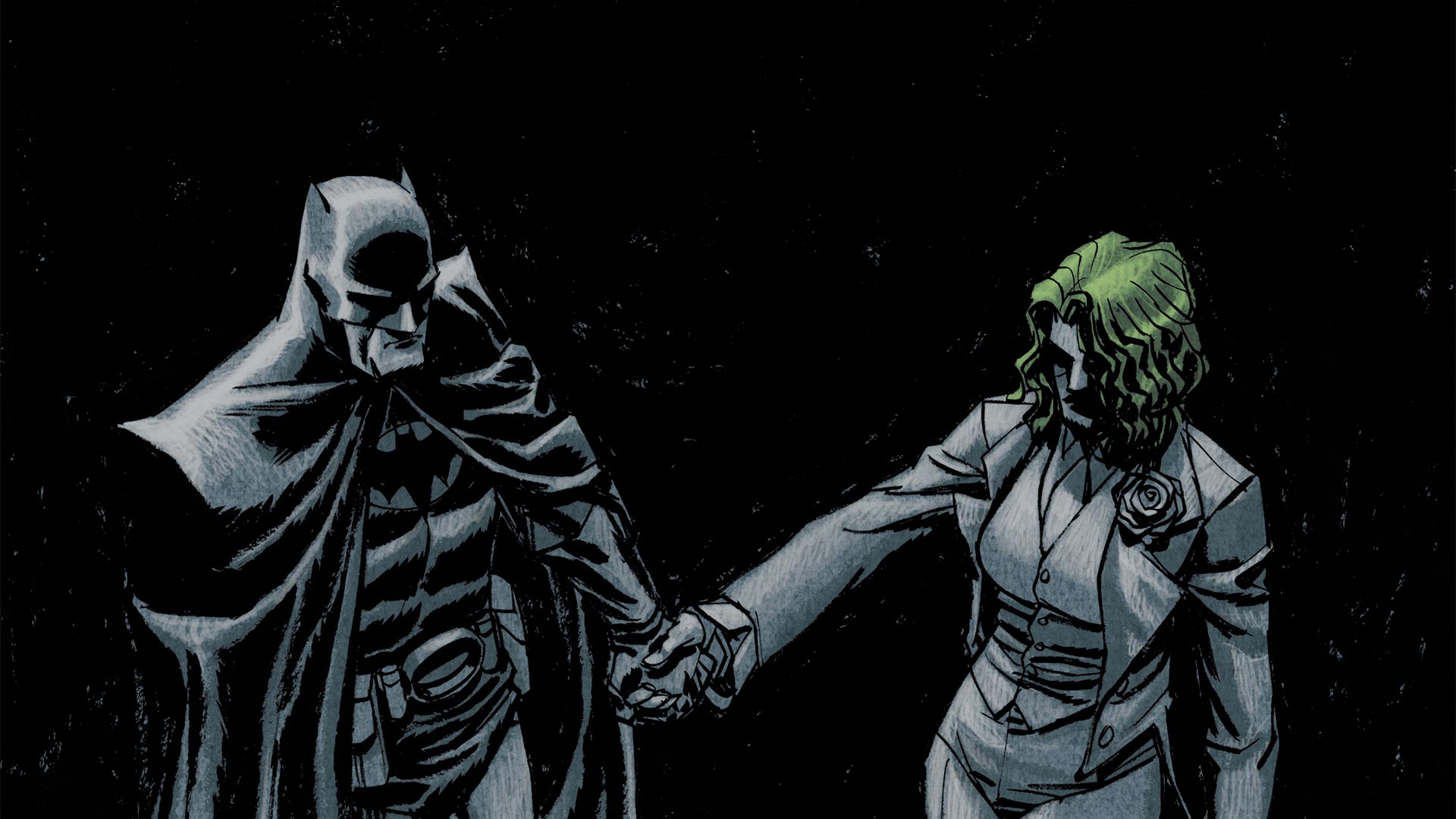 Get a Load of This: 5 Alternate Multiverse Jokers

Since his first appearance in Batman #1, the Joker has been a mysterious figure, with conflicting stories of where he came from and who he really is. The Joker is such an integral part of Batman’s history that many, many different versions of him have appeared across the multiverse, with the wild, corrosive Joker spirit even appearing in characters that seem familiar to us. To celebrate the 80th anniversary of the Clown Prince of Crime, here are 5 of the best alternate Jokers in the DC Universe. 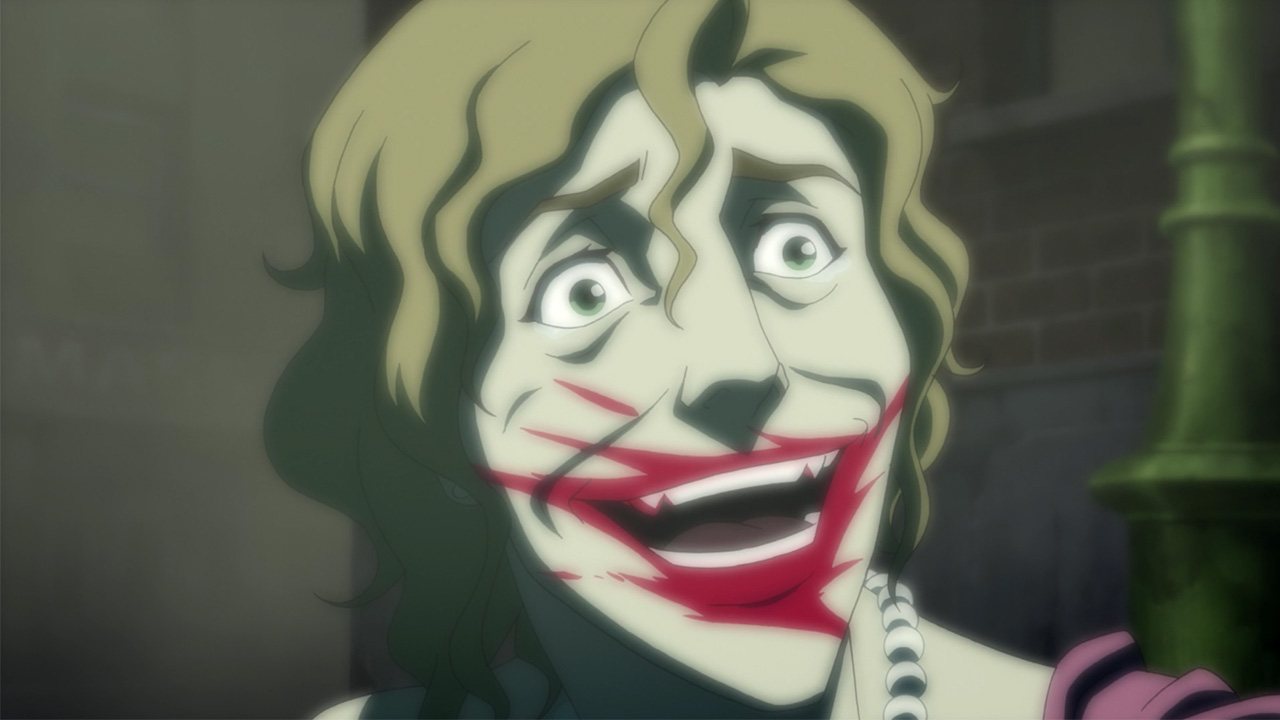 2011’s Flashpoint offered us a different look into the DC Universe after the Reverse Flash altered history. Flashpoint: Batman Knight of Vengeance chronicles an alternate timeline where Thomas Wayne becomes Batman after Bruce is shot in Crime Alley. After the incident, a distraught Martha Wayne carves a smile into her face and is sent to Arkham. She eventually escapes and fully embraces her new Joker persona.

Martha Wayne commits similar crimes to her mainstream counterpart like paralyzing Batman’s partner, though in this timeline it is Selina Kyle rather than Barbara Gordon. She learns from the Flash that he comes from a world where her son lives and grows up to be Batman. Martha cannot handle this news and throws herself off the Wayne Manor cliffs.

This Joker, a grieving mother who wants others to feel her pain, works too well as an especially sadistic version of the character. Her story gives a solid reason as to why the Joker is committing these crimes. Although this version of Batman is a killer, the pre-existing relationship with Martha works well with his inability to kill his deadliest foe. The most dangerous Joker is the one you can empathize with.

YOU'RE MY NUMBER ONE GUY

The Joker as a good guy? That’s the premise of 2017’s Batman: White Knight. The Joker takes pills that “cure” him. He reverts to his original name (in this reality), Jack Napier, and even has plastic surgery to restore his normal complexion.

But Gotham’s new “White Knight” isn’t as squeaky clean as he appears. By manipulating the media he's able to twist the narrative and cast blame upon Batman for the city’s problems. Jack vows to clean up Gotham and expose the corruption of the GCPD and Batman by taking them to court. Come to think of it, the only thing scarier than a bat flying through your window is a lawyer.

Swapping the roles of Gotham’s saint and sinner (at least in the public eye) is an interesting and scary take. Even the most heinous of individuals can garner massive support and cast doubt in those who are actually trying to help. Good thing that only happens in comic books… right? Eventually, the veneer fades and Jack’s true colors come through.

A PIRATE'S LIFE FOR ME 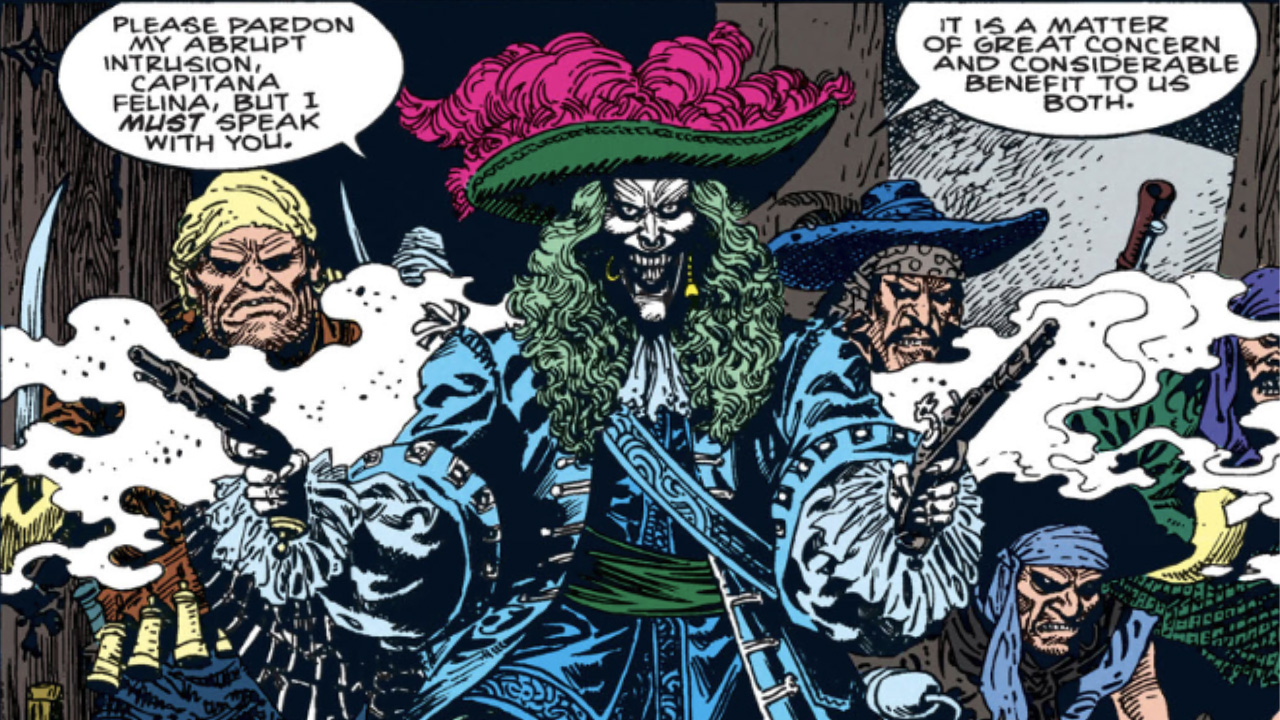 Batman: Leatherwing reimagined the Batman universe on the high seas. The pirate tale was featured as an Elseworlds story in the 1994 Detective Comics Annual #7. Known as "The Laughing Man," this swashbuckling version of the Joker plots to pillage and plunder.

Keeping his familiar facade, the Laughing Man is still a mysterious figure with no concrete past, but that doesn’t stop him from his devious intentions. Using Captain Felina, aka Catwoman, he attempts to kill Leatherwing (Batman) and steal treasure -- you know, typical pirate fare. The Laughing Man’s plan comes to a halt when he is double crossed by Felina. He is stabbed through the heart by Leatherwing, pinning him to his own mast. Leatherwing scuttles The Laughing Man’s ship and captures his crew. The last we see of this Joker is his grim, skeletal smile at the bottom of Davy Jones’ locker.

Like most Jokers, The Laughing Man keeps his flair for theatrics. At one point, he threatens a man with a cannon, which isn’t actually loaded, in a twisted pirate version of the traditional “Bang” gun gag. Though we have to admit, it is a little weird that he wears blue and green, instead of his traditional purple... 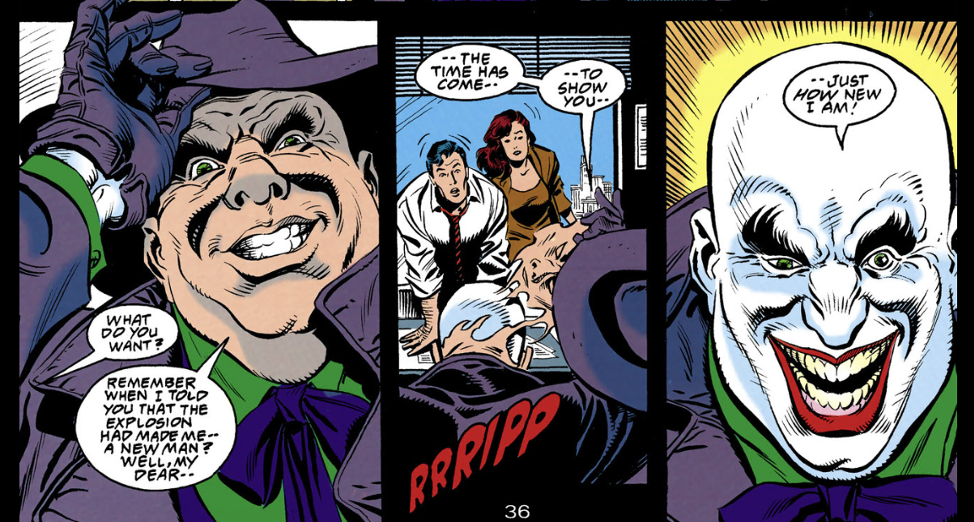 What’s scarier than the Joker? A rich Joker. This version comes from yet another Elseworlds story, only this time it’s a Superman title. Superman: Speeding Bullets asks the question: What if Kal-El landed in Gotham instead of Smallville? Well for one, there's probably a heck of a lot more to do after 7 PM!

The tragedy of the Waynes is still intact in this universe: Kal-El is adopted by the couple, they’re killed, he becomes Batman, but with super powers. In a similar twist of fate, Lex Luthor falls victim to a chemical accident, bleaching his skin and dying his… well, not his hair. Covering himself with makeup, he still runs his business, but eventually the madness gets to him and he kidnaps Lois Lane. Fortunately, Batman stops him in time.

Not only does this Luthor Joker want to kill Batman, he wants to destroy the city, despite owning most of it. He uses his fortune to fund a military takeover of Gotham and cause a massive amount of destruction. The fiendish mind of the Joker coupled with bottomless pockets is definitely not a villain any amalgamation of heroes should have to deal with. 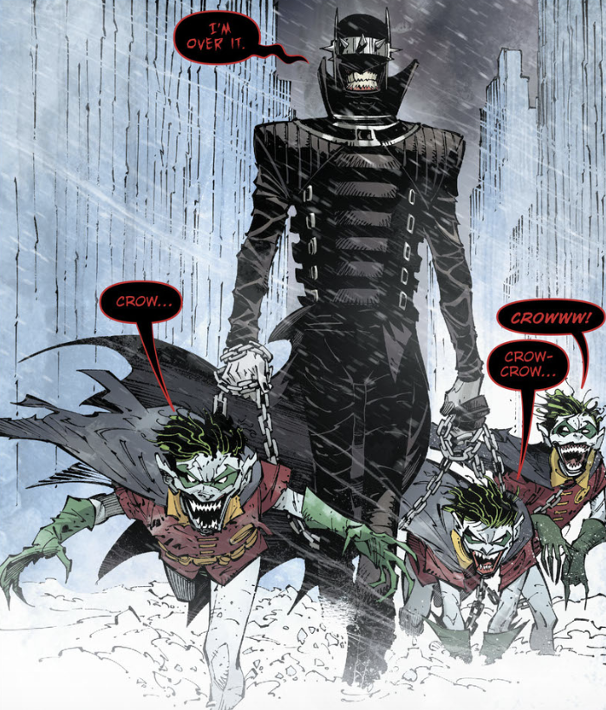 The Batman Who Laughs might be the scariest iteration of them all. Premiering in Dark Nights: Metal, the corrupted character is a fusion of Batman and his greatest foe. On Earth-22, the Joker was dying, so naturally he decided to go out with a bang! He ravaged Gotham and left Batman with no choice but to finish their dance once and for all.

The Joker had one last trick up his sleeve and his death released a toxin that infected Batman. Corrupted by the toxin and collapse of his moral code, Batman transformed into The Batman Who Laughs and swore to wipe out each and every Bruce Wayne in the multiverse.

Most recently, his own self-titled limited series shed more light on the deranged demon and gave a look at some other iterations of Bruce Wayne, including the cold-blooded Grim Knight. The Batman Who Laughs has quickly risen to the top tier of deadliest Batman foes and has even made the Joker tremble. This devilish version of the Clown Prince of Crime fused with the knowledge and skills of Batman is anything but funny!

Which alternate universe Joker is your favorite? Talk about it in our Community!