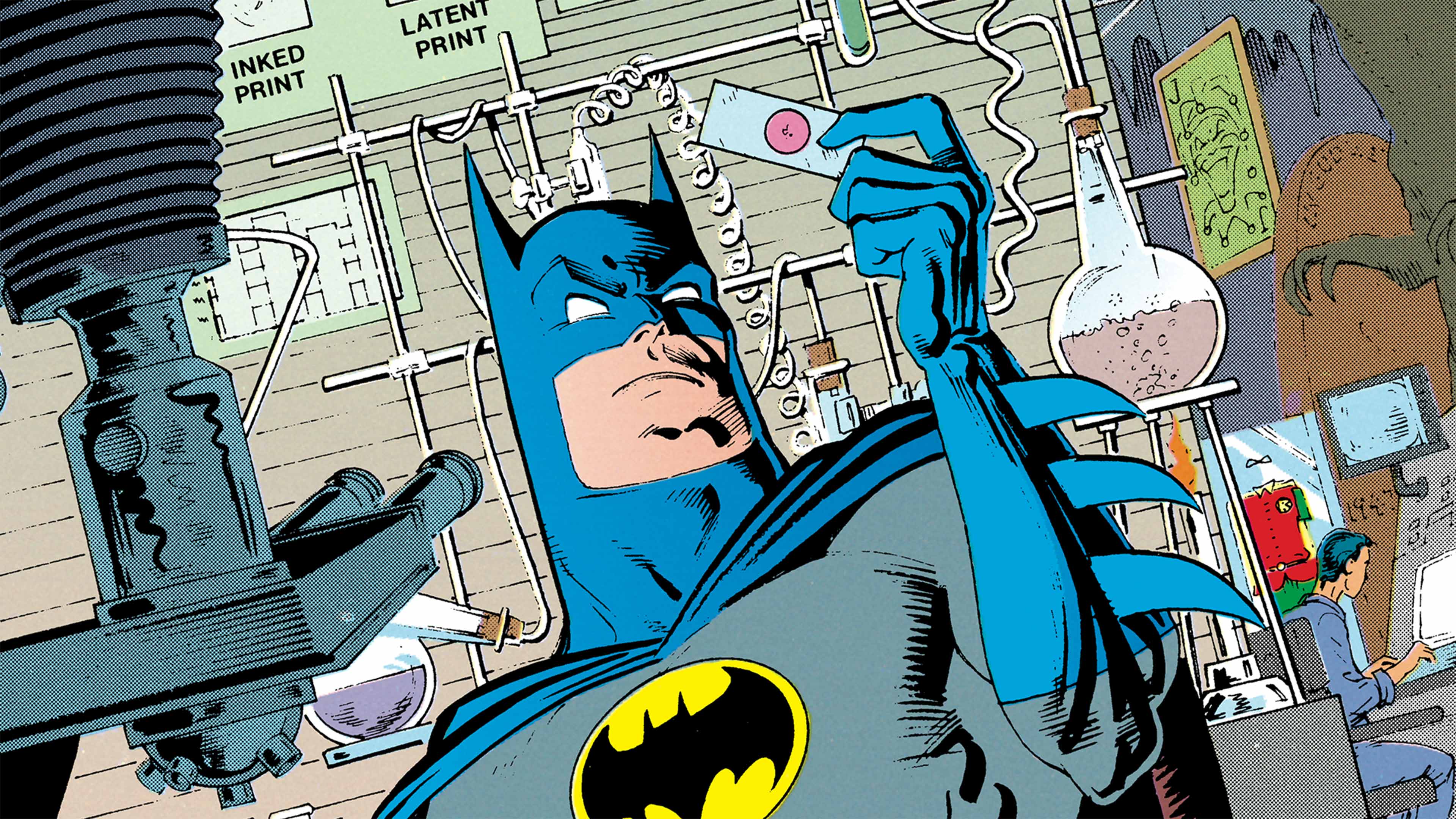 Get a Clue: Ranking the Detectives of the DC Universe

This week, we welcome 2019’s Detective Comics #1000 to our ever-expanding library of groundbreaking comics. In the first story of this anthology celebrating the title’s history, Batman encounters the “Guild of Detection”: a collective of some of the greatest detectives in comic book lore. It’s nice to know that the greatest deductive minds of the DCU get together to kick back and noodle over the world’s greatest mysteries. But what we don’t get from that scene is a pecking order. Who is truly the World’s Greatest Detective, and where do the runners-up rank? As the list stands today, we proudly present an essential, unassailable ranking of the top ten investigators in the DC Universe. 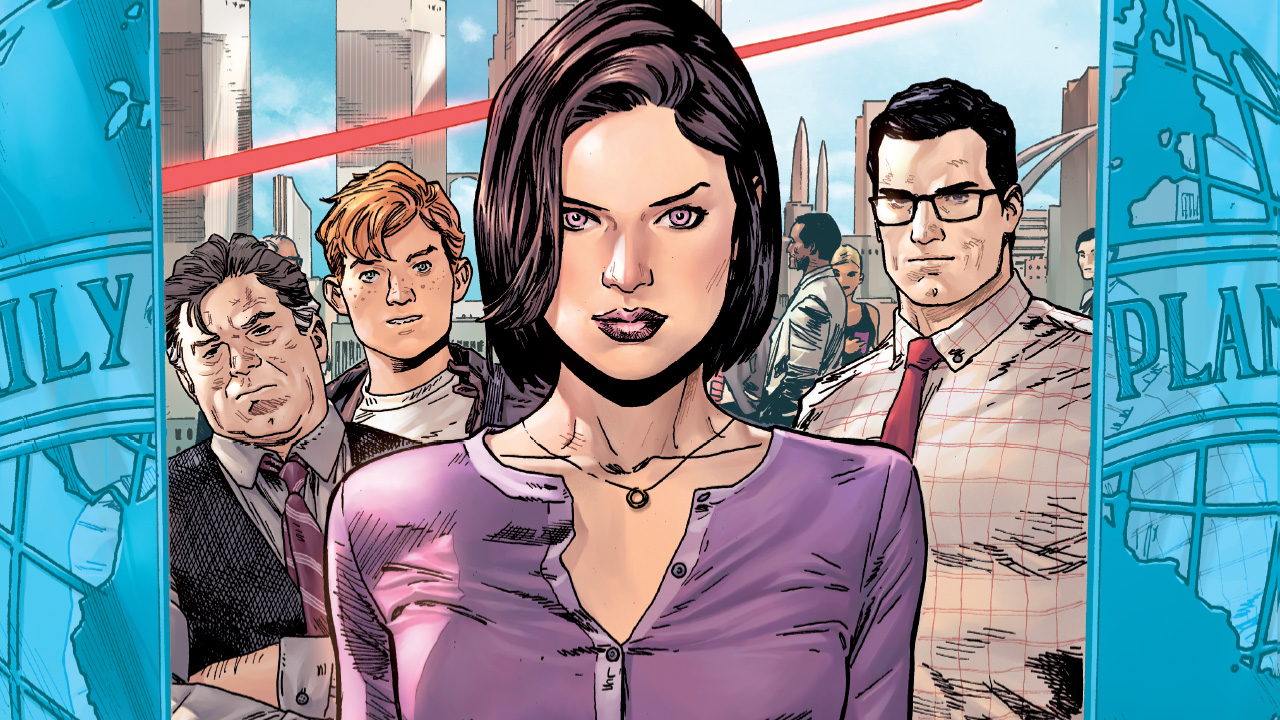 She may have spelling issues more formidable than any spellchecker, but Lois Lane is still the most respected journalist in the business for a reason. If you don’t believe it, just check out her shelf full of Pulitzers. There’s no mystery or cover-up she won’t go to the ends of the earth to investigate, all for the sweet reward of appearing on the front page of the Daily Planet, top of the fold. As the woman in the front and center of the ongoing case against the mysterious, globe spanning Leviathan spy group, right now Lois Lane is the investigator who all the DC Universe’s other greatest detectives turn to for guidance. Frankly, she’d be a lot higher on this list, except for the fact that it took her sixty years to figure out that the guy who works at the desk next to hers is Superman. 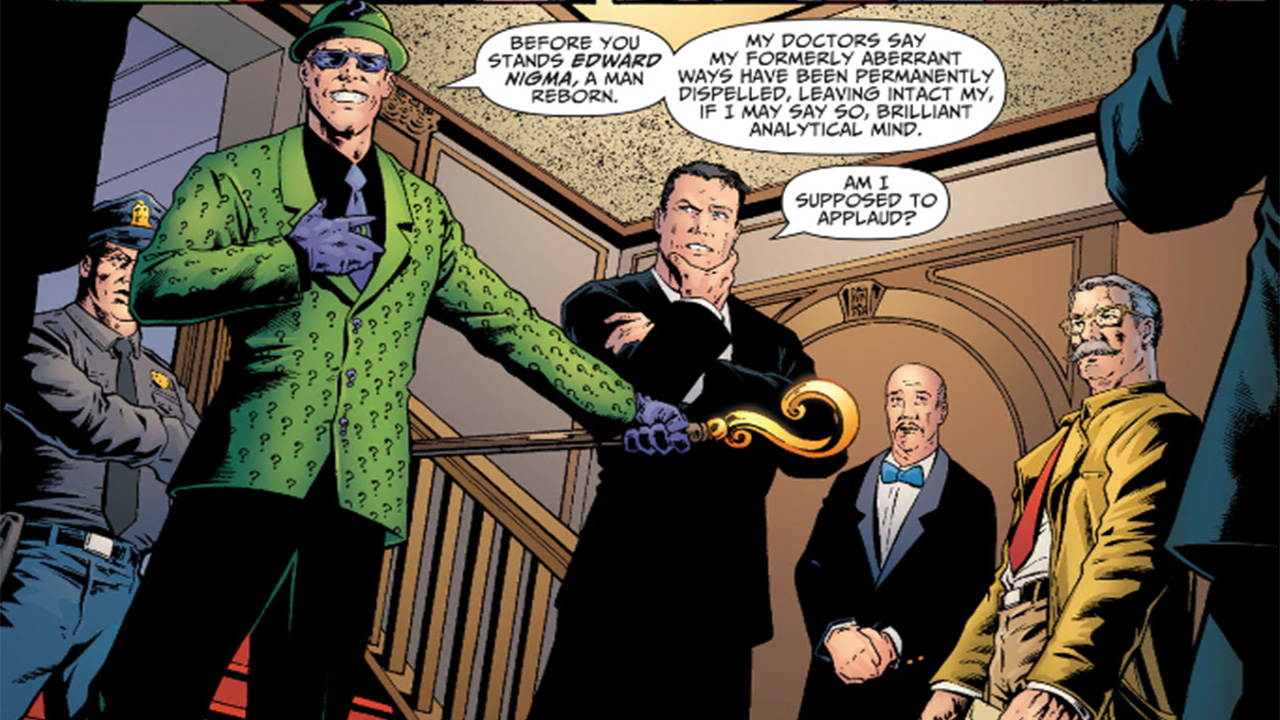 One recurring theme throughout the DC Universe is the tragedy that some of the world’s most brilliant minds are often wasted trying to get one over on a member of the Justice League. But what if they weren’t? Inspired by the “Riddler’s Reformed” episode of Batman: The Animated Series, BTAS showrunner Paul Dini gave Edward Nygma his due during his run on Detective Comics by putting the man in green to work with the boys in blue as a consulting detective. After a career of crafting puzzles for Batman, The Riddler put his former life of crime aside to challenge himself with solutions -- often working alongside or even competing with Batman to get to the bottom of Gotham’s trickiest unsolved cases. Riddler fans see this chapter as a high point in the character’s career, proving just what an asset the poor, obsessive Eddie can be when he puts his mind to it. 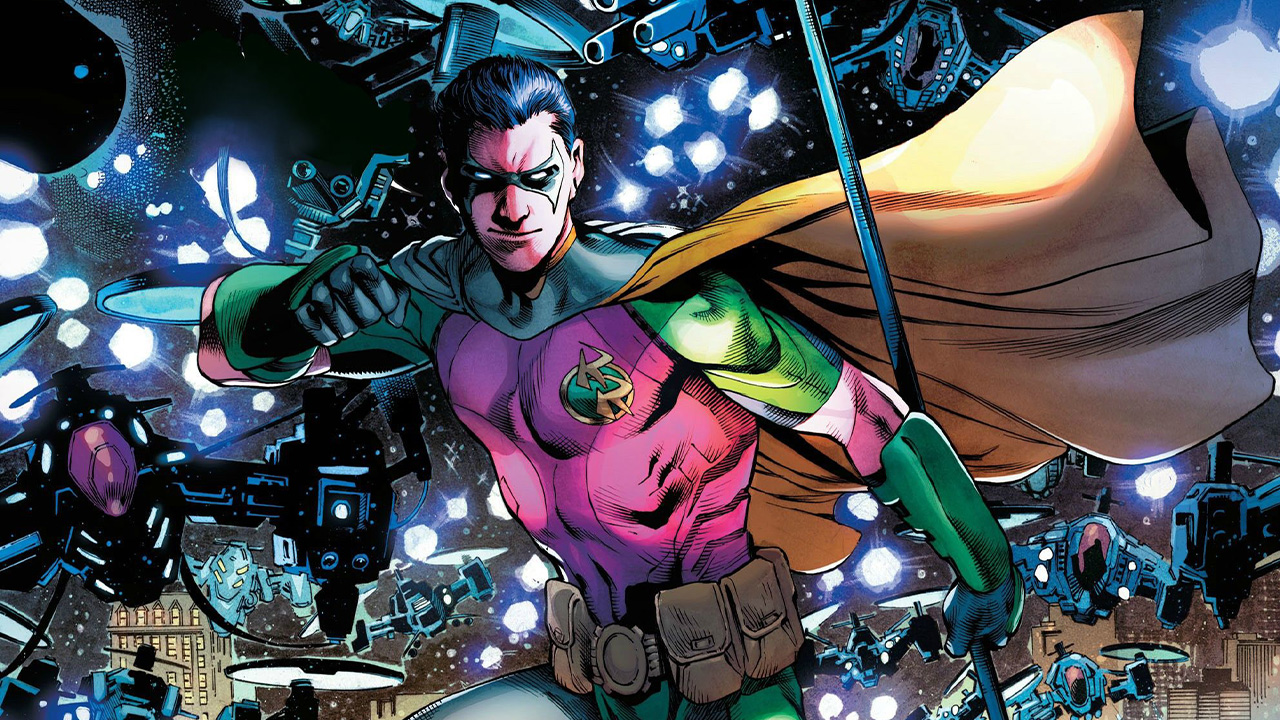 Everyone expects big things from Tim Drake, the third of Batman’s many Robins. At a young age, Tim managed to deduce the identities of Batman and the original Robin simply by comparing captured footage of the Dynamic Duo to the original act of the Flying Graysons. Since then, Tim has spent his career beneath the shadow of the Bat proving that of the many elements which go into being Gotham’s protector, the detective work is what he does best. When Batman vanished following the Final Crisis, Ra’s al Ghul even honored Tim with the moniker of “Detective” in his adoptive father’s stead. Given another 5 or 10 years, you can expect this kid sleuth to fly way up the list as he gets older. 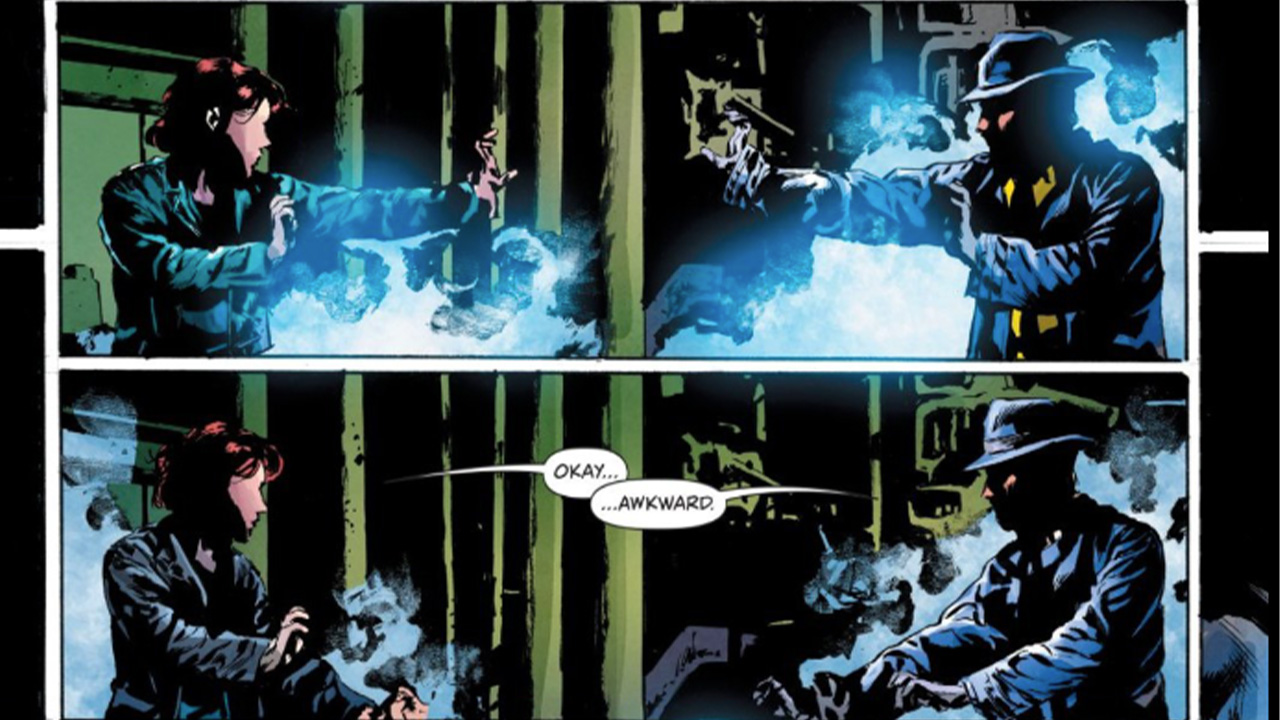 The Question may not be the most efficient detective in the business -- he does have a bad habit of making wild guesses and pursuing unlikely pet theories. But when it comes right down to it, nobody is more dedicated to hunting down answers. The truth is The Question’s highest ideal, and you can always count on him to chase down that truth to the ends of the Earth. Even impending death won’t stop Vic Sage’s pursuit: when he found out he was dying of lung cancer, The Question turned to Renee Montoya, formerly Gotham’s finest police detective, to continue his mission. After a year of adventures together, Renee was ready to carry on under Vic’s mask and fedora, finishing the cases he dedicated his life to. Today, thanks to the magic of Rebirth, both Questions are alive and well, and even Lois Lane has come to depend on them both as essential resources. 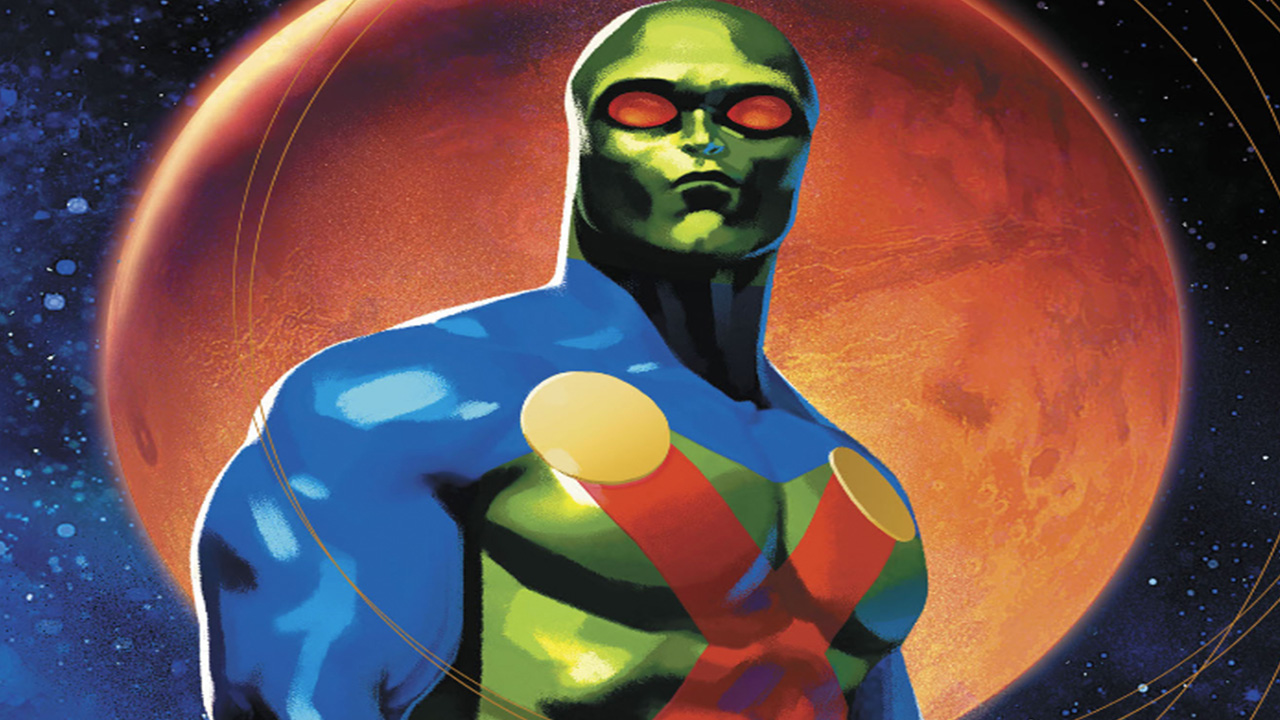 In terms of raw experience, Martian Manhunter has everyone else on this list beat. Even before he ever set foot on Earth, J’onn J’onzz was an ace detective back on his homeworld. After his people’s extinction and a transporter accident brought him to Earth, J’onn adopted a human guise and continued doing what he knew best: working as John Jones, a Colorado-based detective. According to some versions of J’onn’s story, he may have operated as a detective on Earth for decades before Batman first arrived on the scene. In addition to an interplanetary resume, J’onn’s power set would make any detective jealous. Invisibility? Shape shifting? Mind reading? All irresistible to any P.I. That said, any use of those powers may prove a hindrance to proving your case in court -- and an overreliance on them allows some of the purely analytical minds on this list to surpass him. 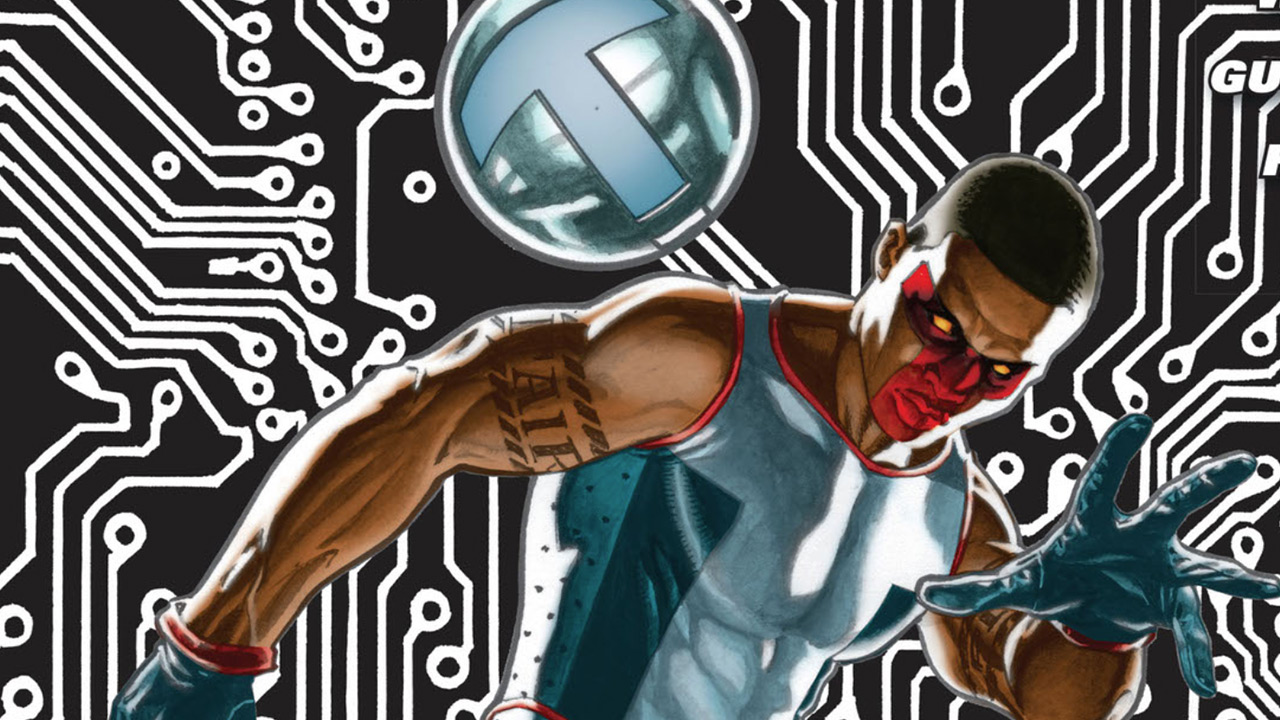 Michael Holt is often purported to be “the world’s third smartest man.” In Doomsday Clock, we learned who the other two might be (at least, according to Ozymandias): though only one of them can be considered a detective. However, until quite recently- say, last month- that brilliance has mainly been applied to scientific research and the development of revolutionary technology. Only now are we getting to see just how effective Mr. Terrific is as a detective. In Tom King, Mitch Gerads, and Doc Shaner’s Strange Adventures, Adam Strange stands accused of murder. He calls upon Batman to help clear his name, but he refuses due to their prior relationship. Instead, Batman calls upon Mr. Terrific, whom he deems just as capable when it comes to investigation as himself -- high praise from a man who rarely doles it out. Michael Holt may be lacking in experience when it comes to detective work, but part of being the world’s third smartest man is the ability to adapt to new challenges. 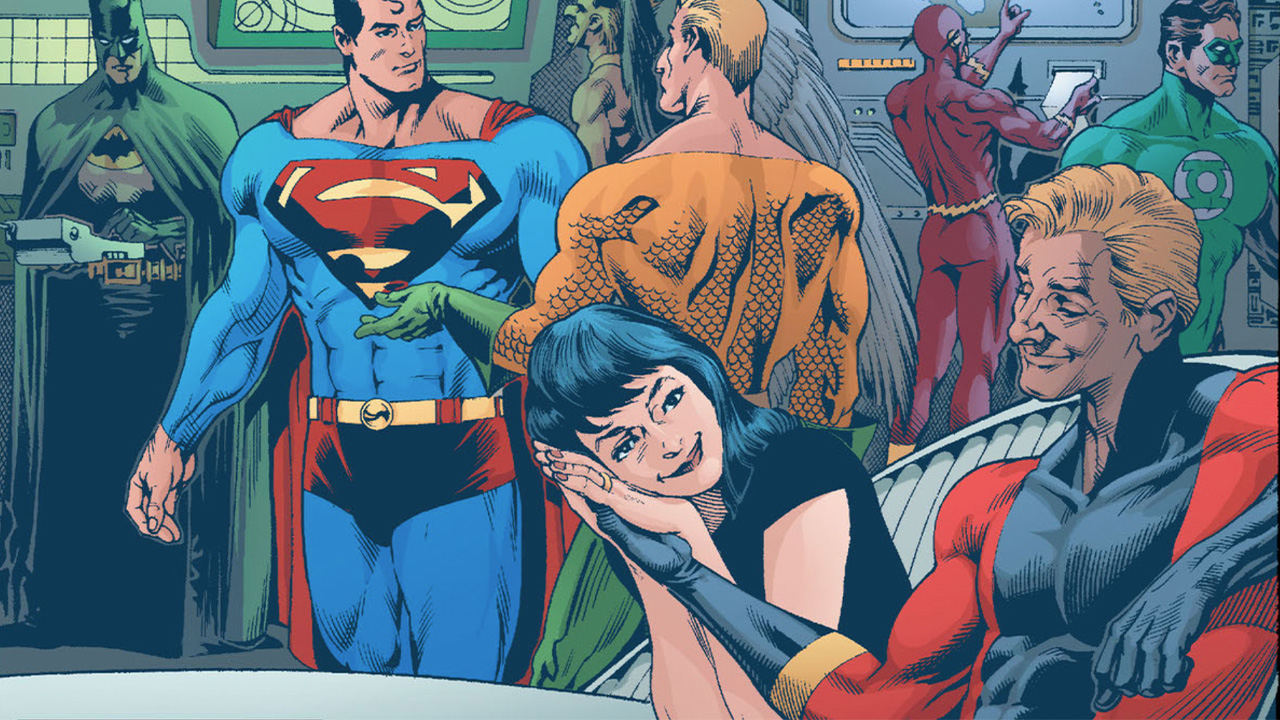 The world’s second smartest man is not Ralph Dibny, the Elongated Man -- nor is he the first. But when paired with his partner in life, love, and mystery, Sue Dibny, there’s no finer duo in detective work. Ralph may be known for his stretching powers, but it’s his nose for clues which truly makes him an asset to the Super Hero community. Combine that with Sue’s capacity for quick, lateral thinking, and you’ve got the Nick and Nora Charles of the DC Universe. (Ask your grandparents.) Though alive and well now in the suburban outskirts of Gotham, even death couldn’t stop these two from solving mysteries beyond the grave. 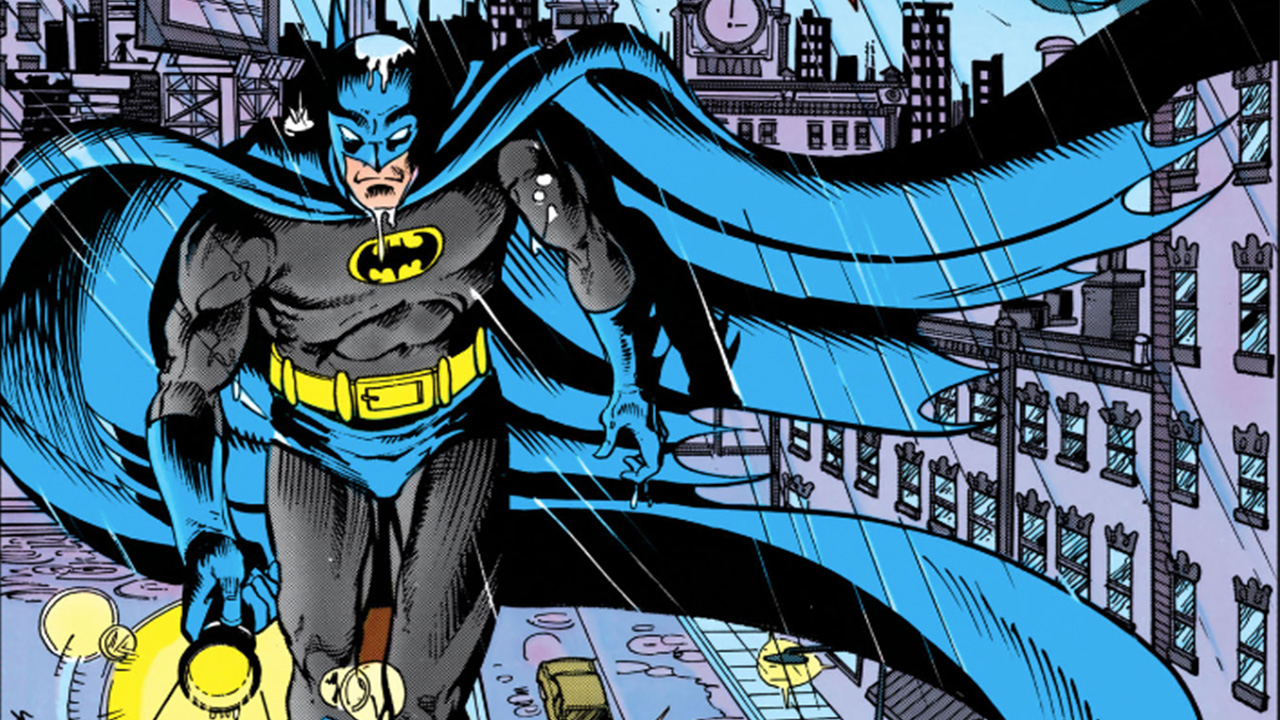 Batman, however, IS the world’s second smartest man. (The first, apparently, is Lex Luthor, but he’s not a detective.) Batman has been called the “World’s Greatest Detective” for so long that it’s pretty much taken for granted these days. And in terms of who you can get your hands on with a designed spotlight projected on the clouds, that’s probably true. But there are, in fact, a couple of sleuths to whom even Batman will defer. 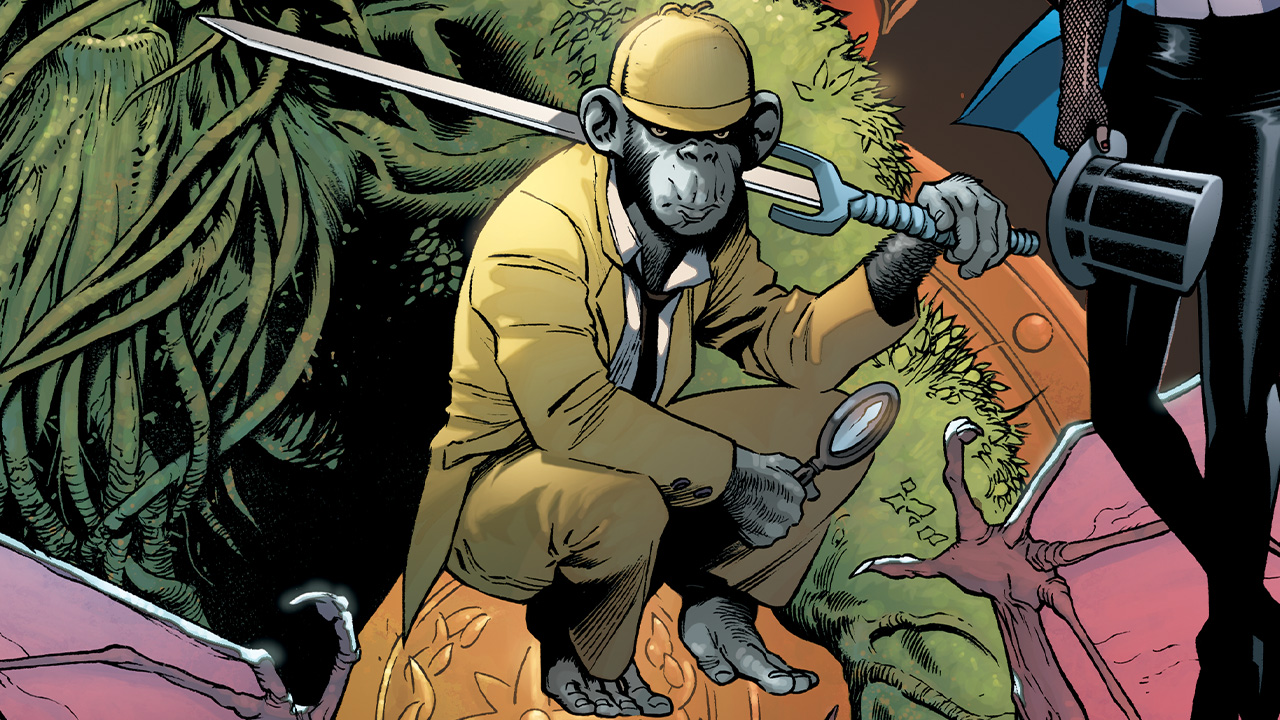 Bobo T. Chimpanzee was already pretty intelligent by chimp standards when he was kept captive at a traveling carnival. But after drinking from the Fountain of Youth, Bobo was gifted with a supernatural intelligence and insight practically unmatched throughout the DC Universe. The merely mundane mysteries which the likes of Batman, Elongated Man, or even the cosmic cases of Martian Manhunter are all too easy for a singular mind like Bobo’s. To challenge this chimp, one must invoke the truly supernatural. Only by throwing all laws of physics and reason out the window can one even begin to approach an interesting enough challenge for the likes of Detective Chimp. All the mysteries of the DC Universe are open to his analytic mind… after all, that’s what the DC stands for. 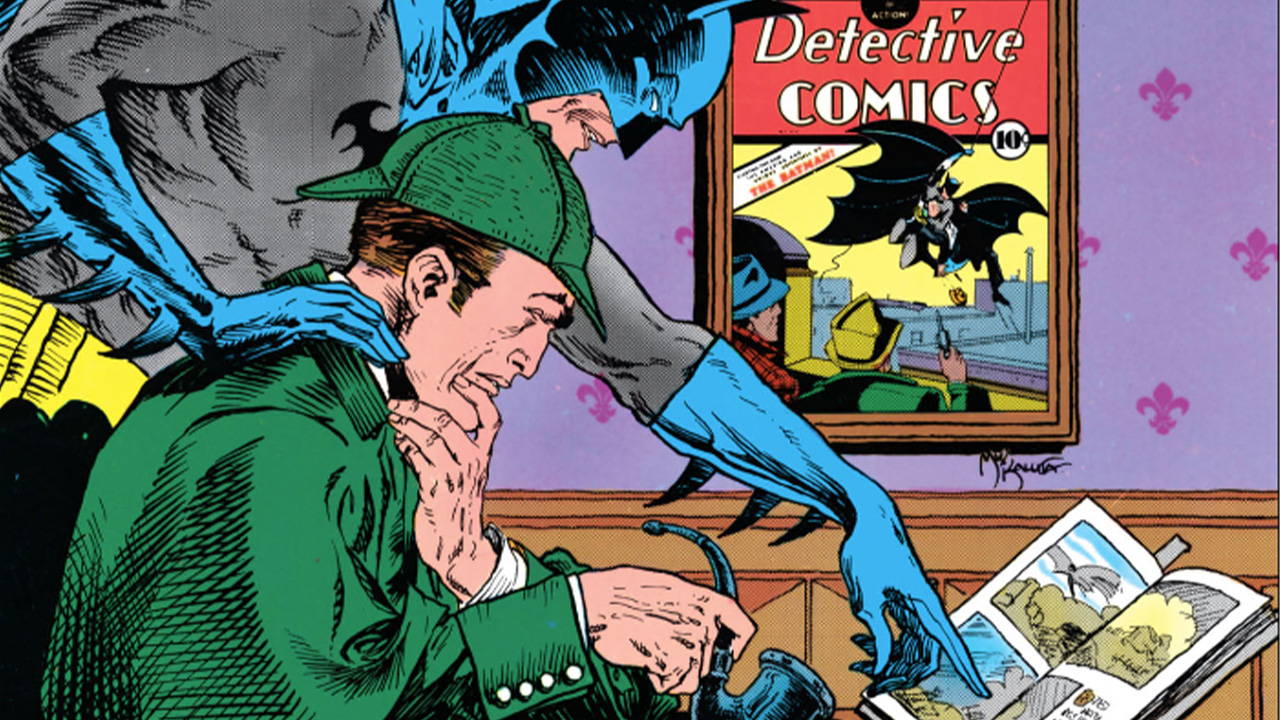 But never mind your chimps, your bats, and your aliens. The true greatest detective in the history of the DC Universe… is also the greatest detective in a great many others. In Detective Comics #572, Batman, Robin, Elongated Man, and Slam Bradley- the original detective of Detective Comics- all had the rare honor of working alongside the truly greatest detective in the multiverse, 221B Baker Street’s own Sherlock Holmes. Coaxed out of retirement and presumed death one last time to solve a case involving the last living relative of Moriarty, Holmes invoked only awe and reverence from the so-called “World’s Greatest Detective.” That wasn’t their only encounter, though: in the Batman: The Brave and the Bold episode “Trials of the Demon!”, a time-traveling Batman meets Sherlock in his own time, who manages to deduce the details of his origin within moments of meeting him. Batman, for his part, of course knows who Holmes is upon first glance. At the end of the episode, Holmes asks Batman how he could have deduced Holmes’ own identity.

“Everyone knows who you are,” Batman reveals as he returns to the present. “You’re the world’s greatest detective.”

What are your favorite stories featuring these detectives? Let us know in our Community!